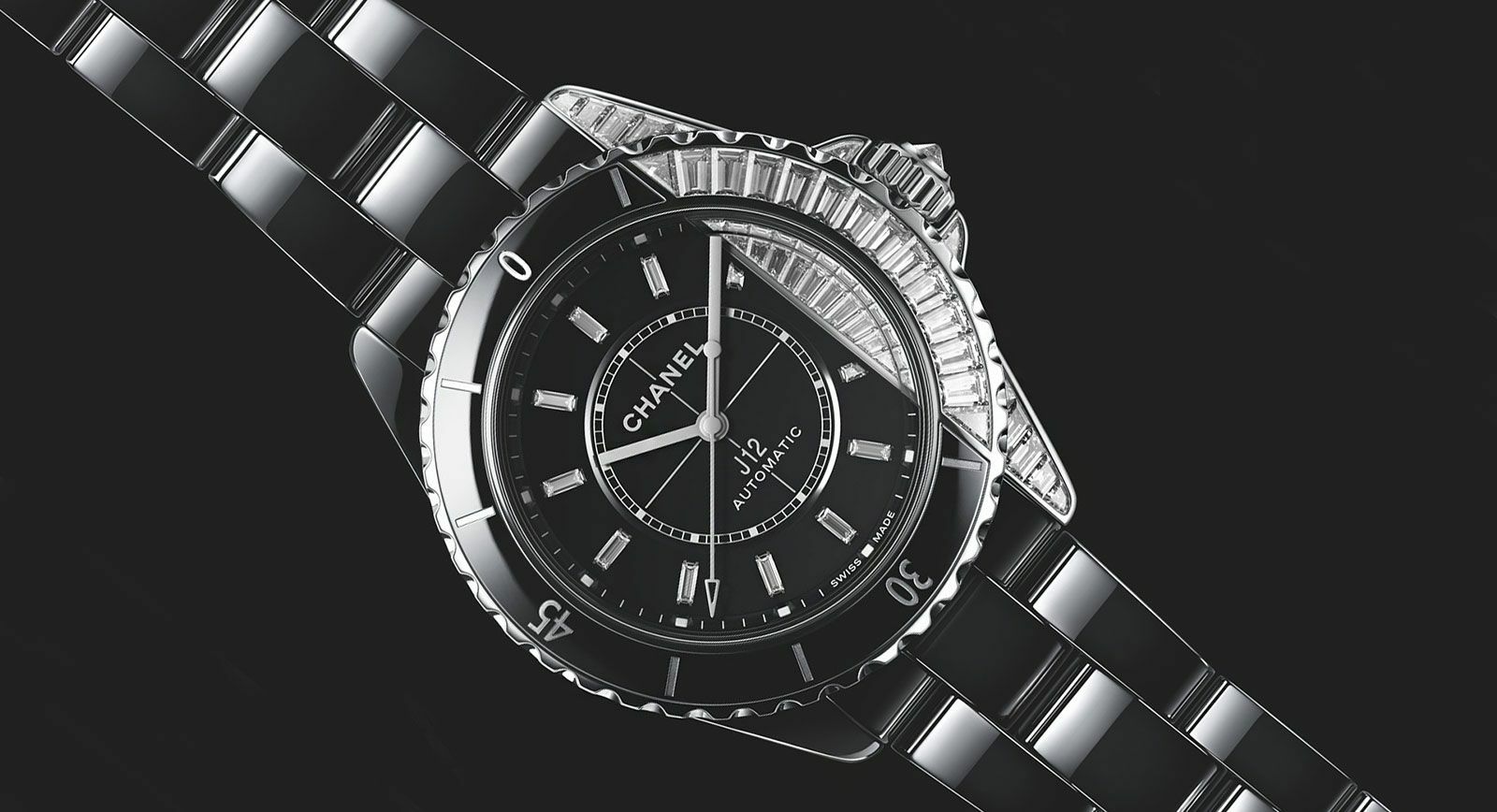 Each spring, Chanel updates their watch collections with a number of new pieces. These vary in style; from everyday models to unique high art watches. 2020 was no exception to this annual tradition, and I would like to tell you about the most interesting of these innovations.

Over the years, the J-12 has become one of the French house’s most iconic models, and has already appeared in a multitude of interpretations over the years. In 2020, Chanel is celebrating the 20th anniversary of this model, which was timed to coincide with the release of several other watches. “Twenty years later, the J-12 still embodies the same creative and rebellious spirit of the Chanel house,” a company spokesperson commented. 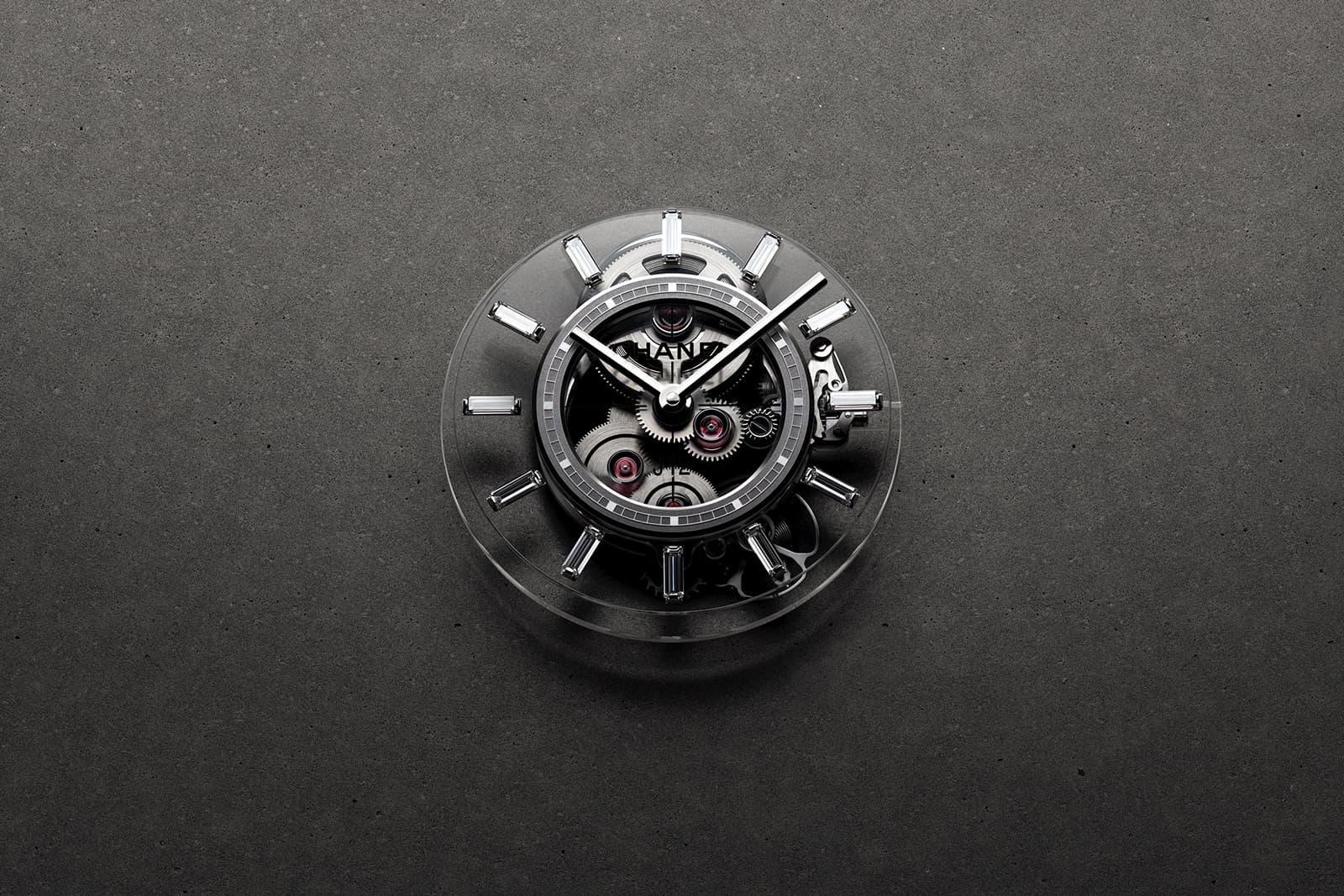 When it was initially launched in 2000, the J-12 series came only in a black design. Three years after the original launch, a white version was released. One no longer has to choose between merely two options – the new model combines a black case, which appears as if cut on one side to show the colourless diamonds that adorn the piece. The paradoxical design personifies both day and night. The black part is made of  ceramic – an extremely capricious and labour-intensive material – while the white part is made of 87 baguette cut diamonds (I wrote a separate article about this type of cut recently) as well as 18 karat white gold. The model was released in a limited edition of 20 pieces, which once again serves to emphasise the extent of its individuality. 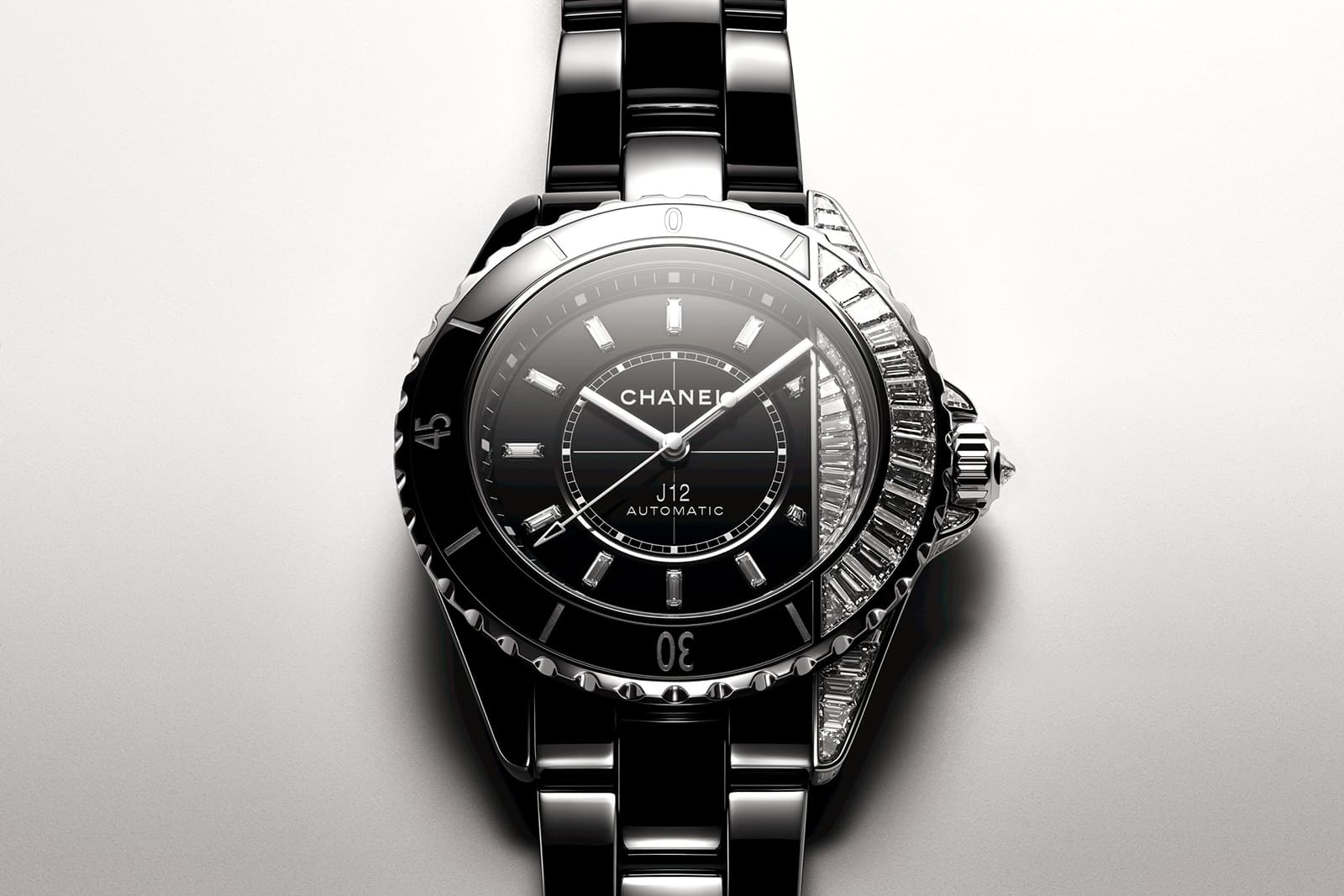 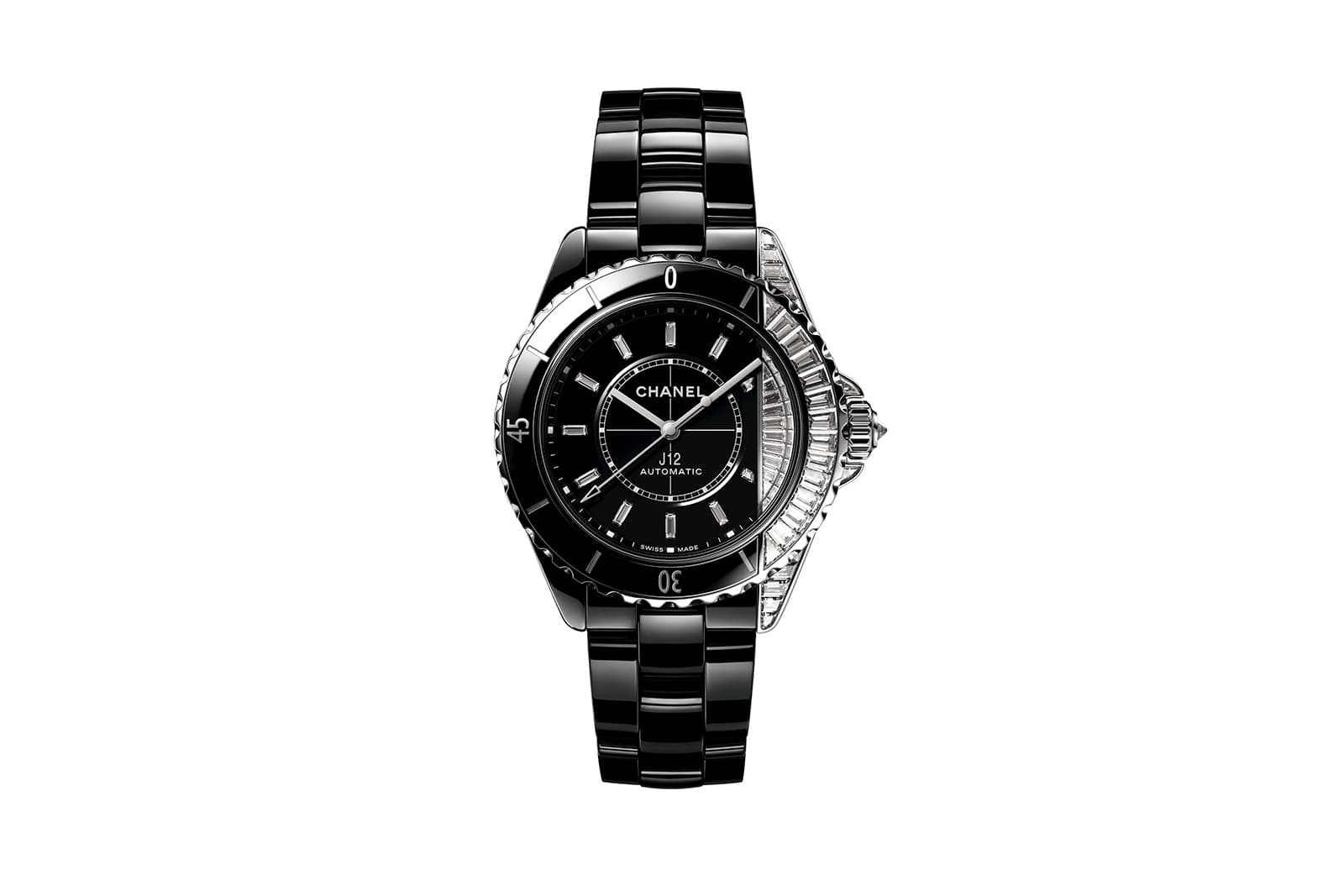 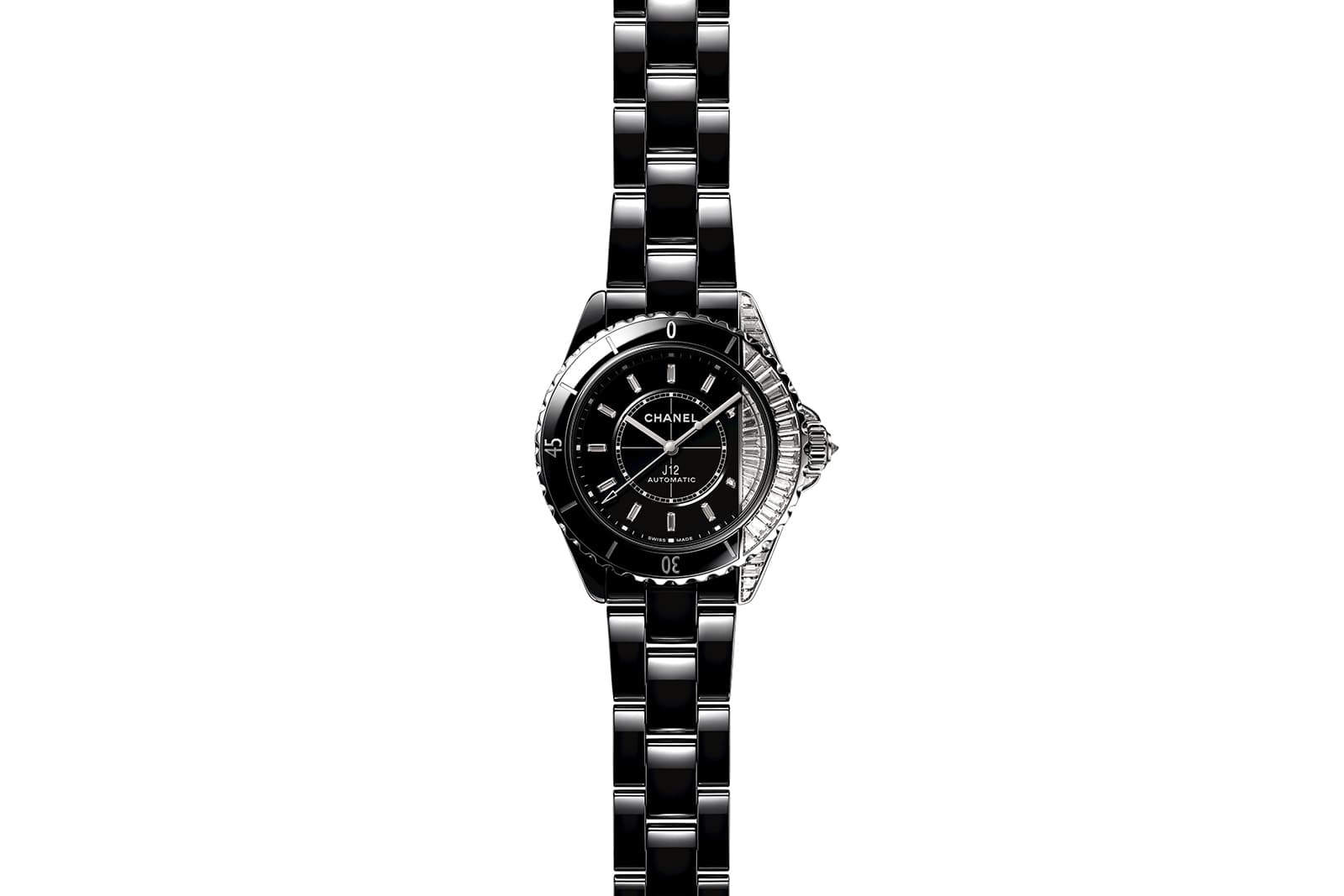 This watch is a continuation of the house’s experimentation with colour and is dedicated to the 20th anniversary of the collection. When I say experimentation with colour, I mean to say the watch lacks colour entirely! How, I hear you ask, can this be possible? The transparent case demonstrates the beauty of the Caliber 3.1 – made of steel or 18 karat white gold as well as stunning sapphire crystal! The dial is also cast from sapphire and equipped with diamond indicators in a baguette cut. 46 of these diamonds frame the front of the piece. The watch strap is also unique – for the first time in history, it is composed of links carved from sapphires. The unique world premiere of this watch was held in honour of the collection’s anniversary – the release included 12 gold and 2020 steel pieces. 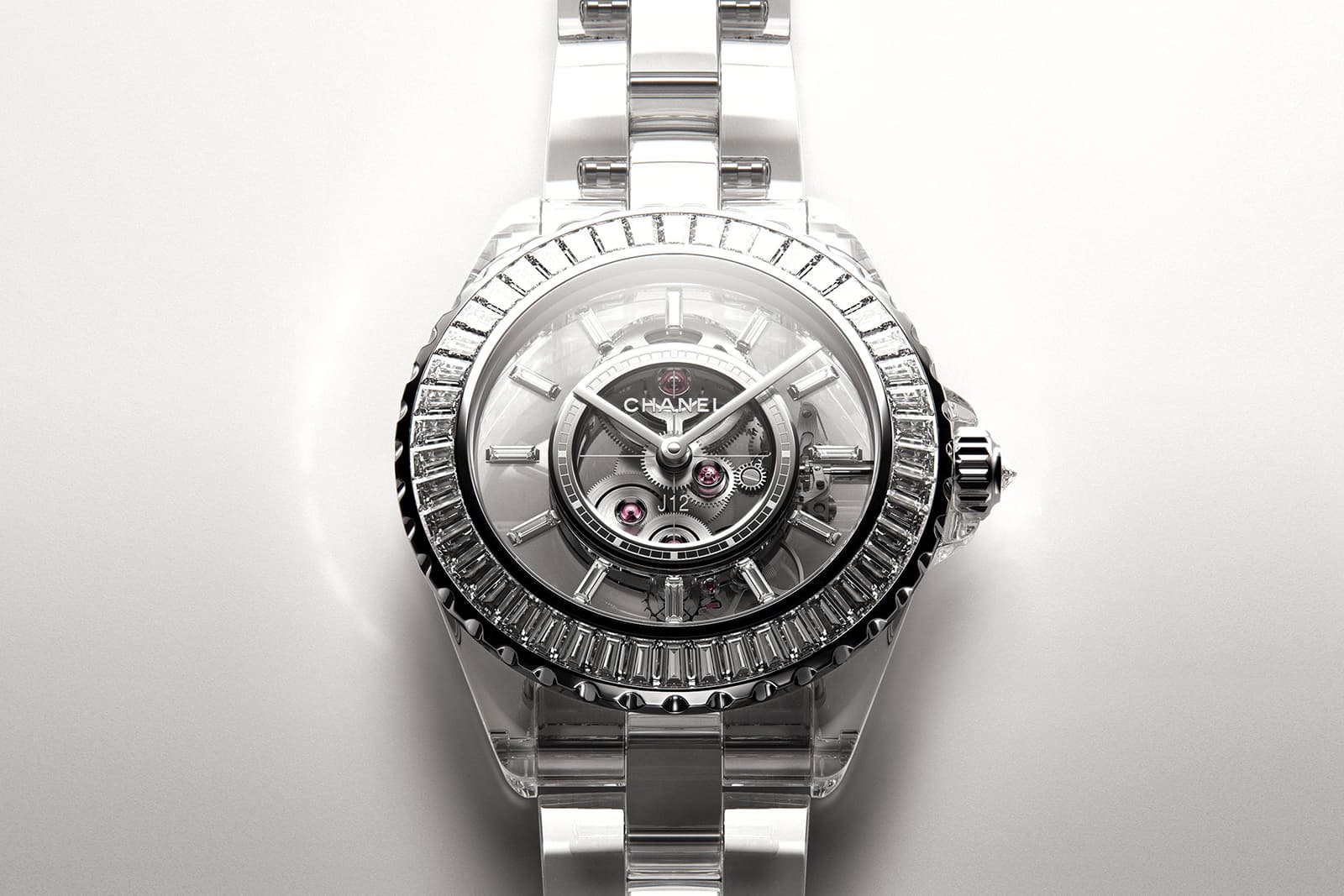 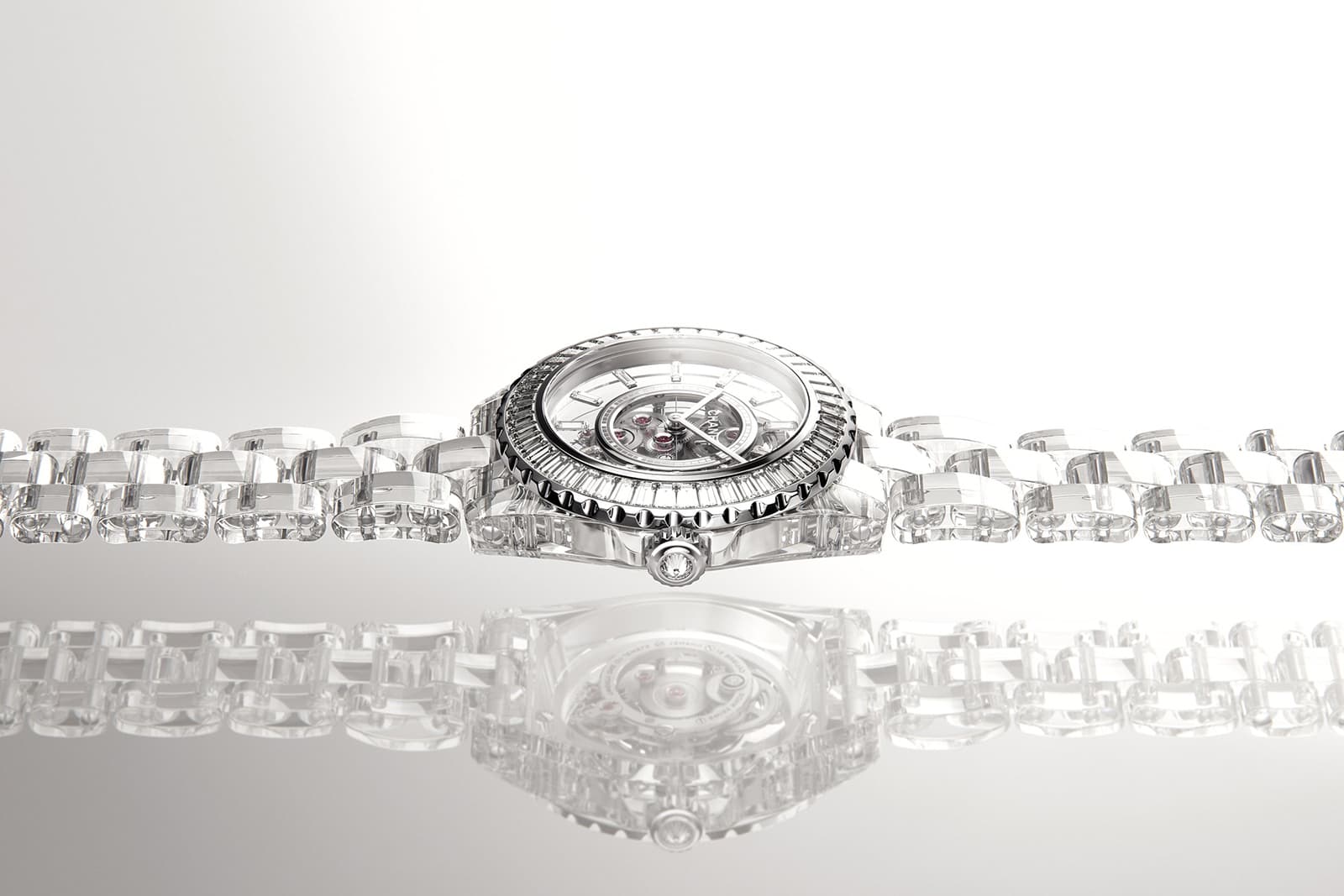 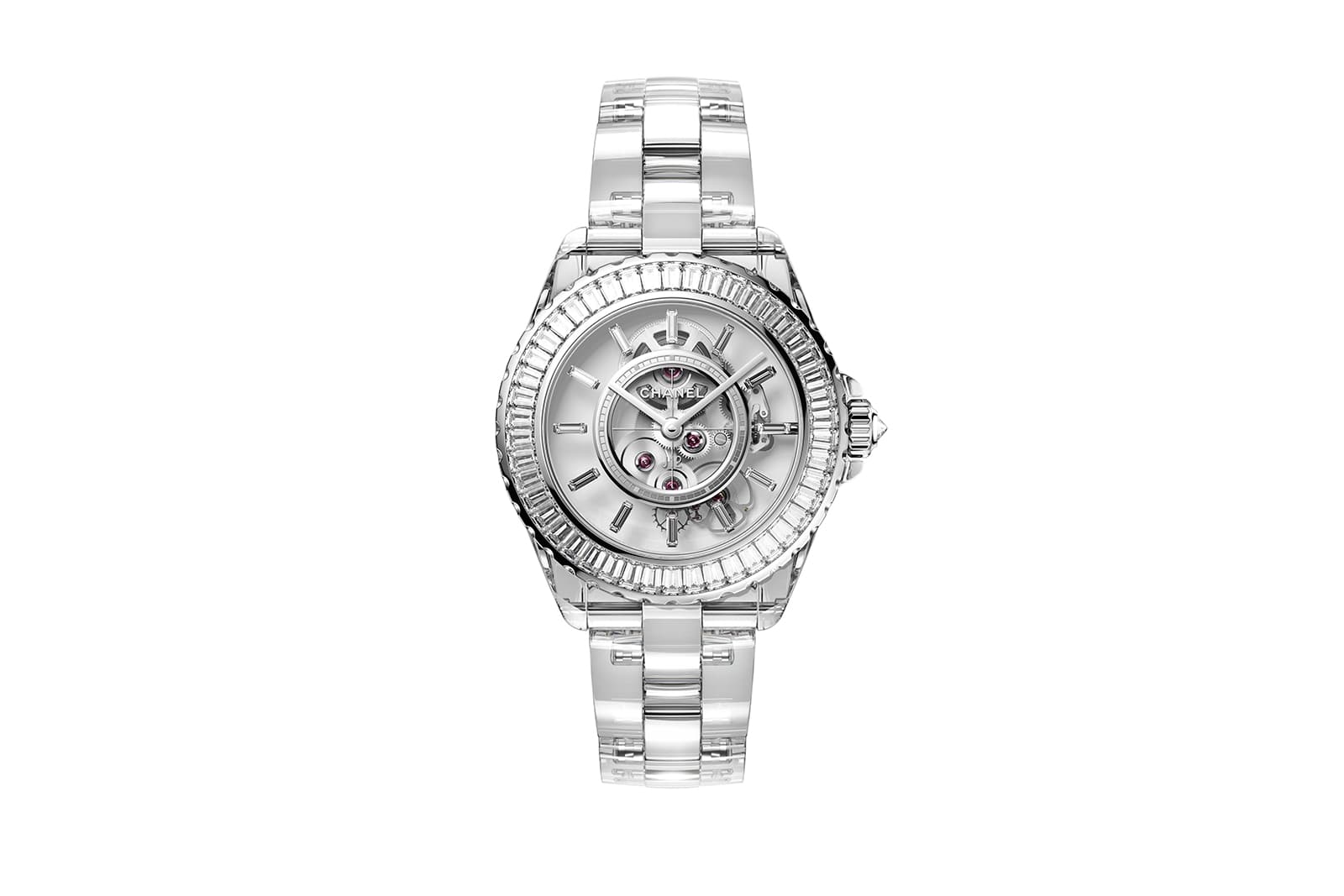 Perhaps the most feminine piece of those released, this watch comes with a touch of humour and irony. Sautoir Coco takes the form of a sautoir, decorated with a caricature of Mademoiselle Chanel herself. Only five copies of this luxurious and playful watch have been made. It is composed of 18 karat white gold with alternating elements of black onyx with colourless diamonds. The figure of Mademoiselle is constructed from four Akoya pearls, colourless diamonds and black enamel. The dial of the watch hides beneath her hat! Inspired by the same imagery, ten table clocks composed of 18 karat white gold, black obsidian and colourless diamonds have also been released. In these pieces, the role of the hour and minute hands are played by Mademoiselle's own hands. 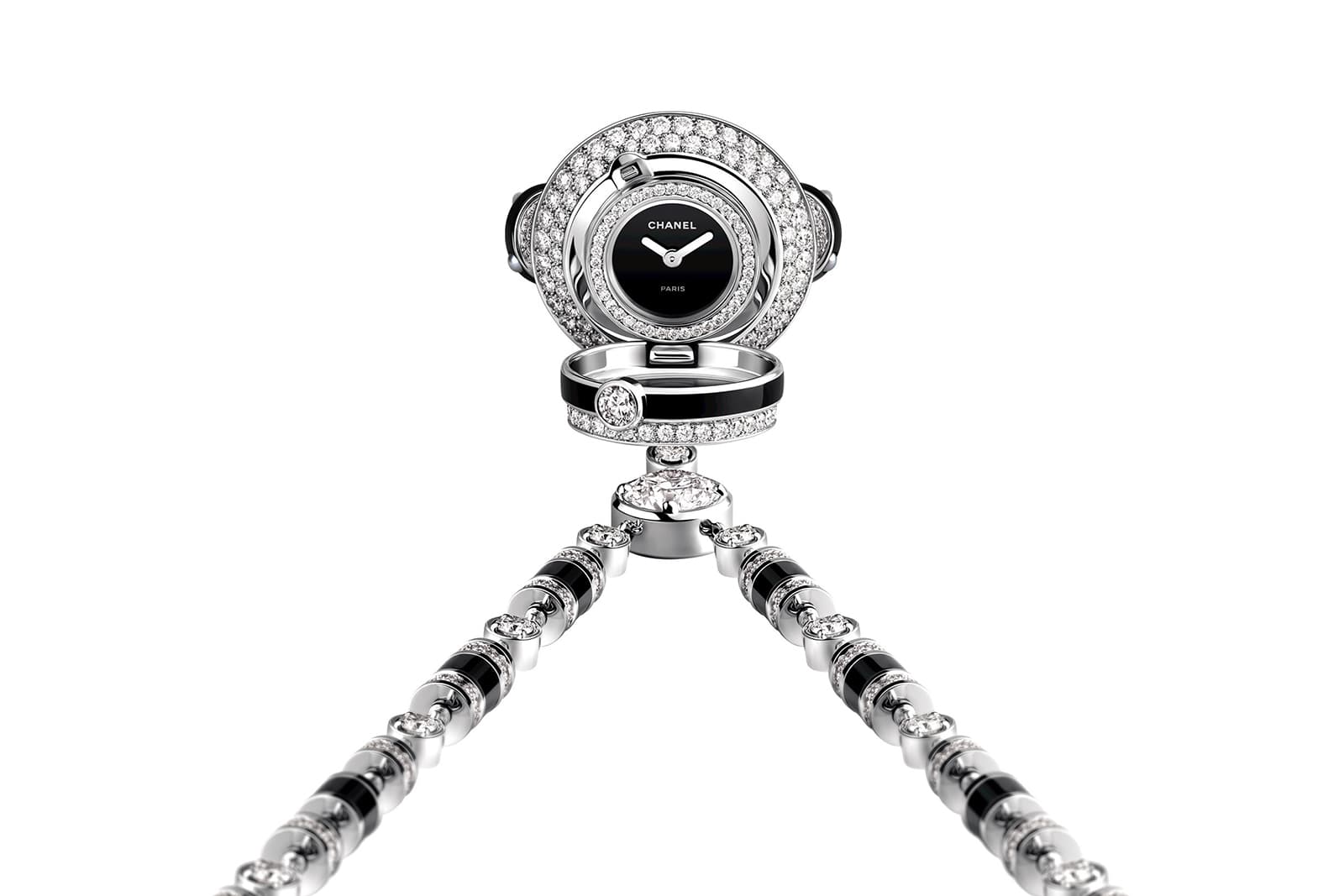 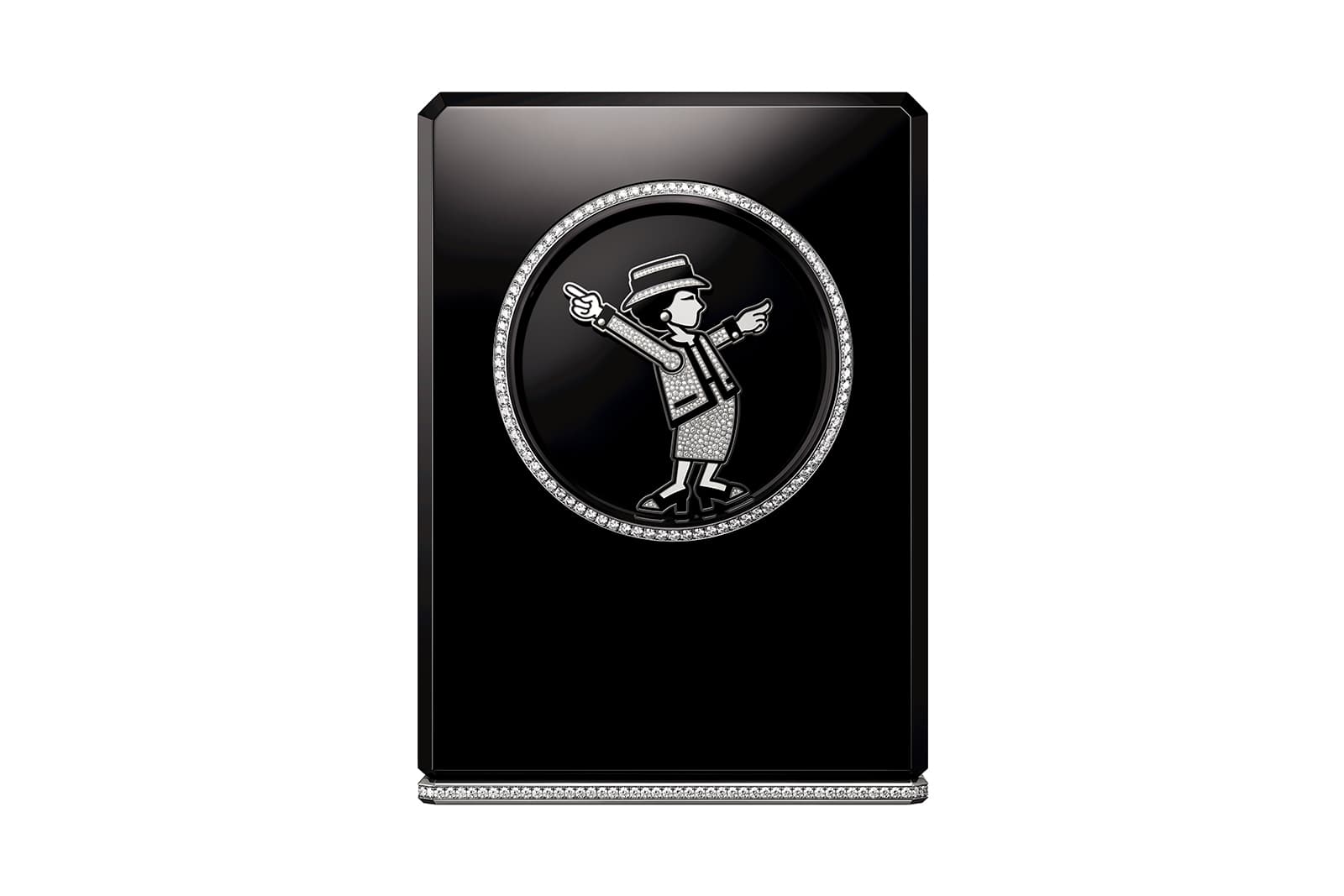 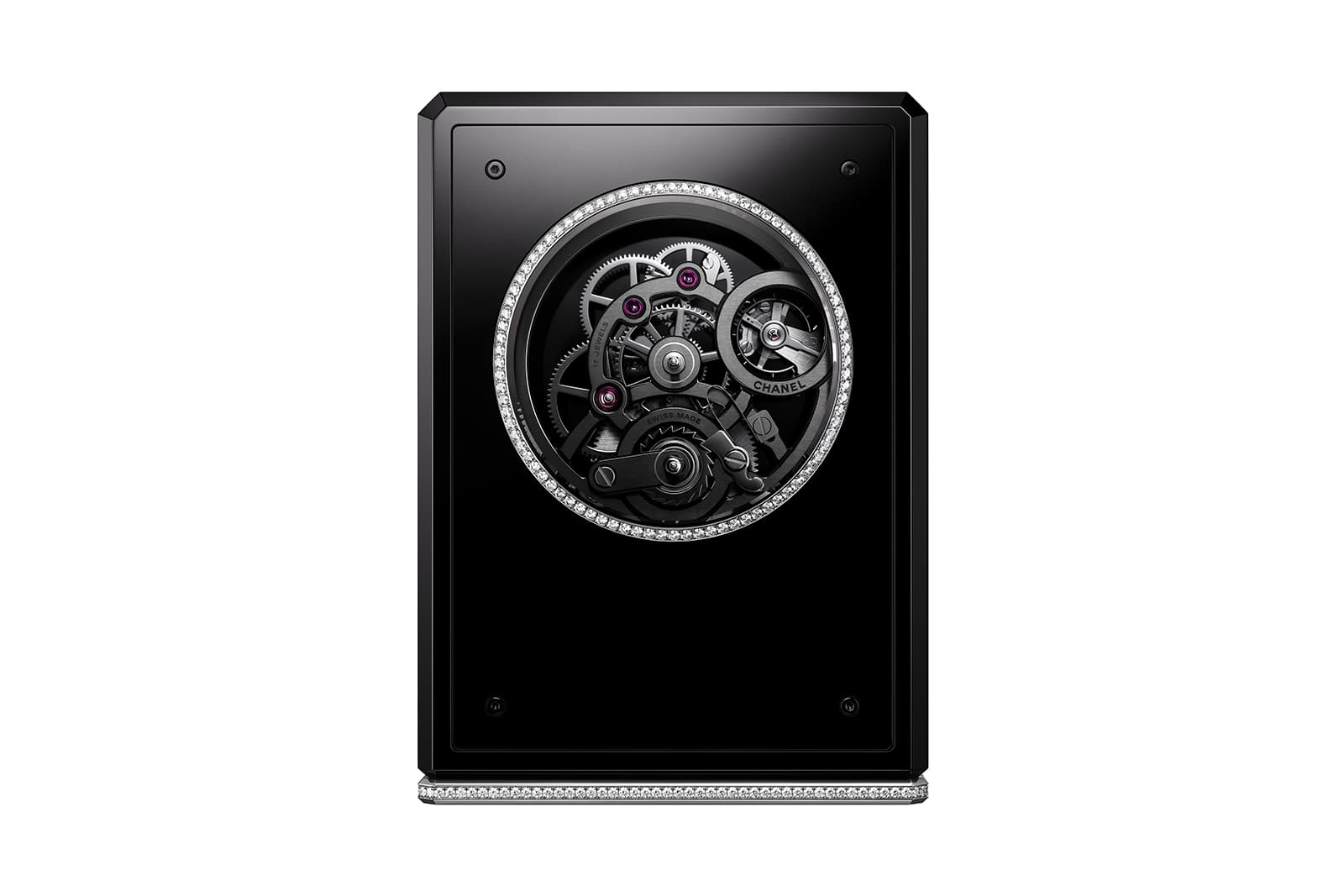 This watch – both in name and in appearance – really does look like a broad, chic bracelet and is a truly outstanding model from the Première permanent series. The miniature case for the dial, as well as the strings and clasp are made from 18 karat yellow gold. Each thread holds a design element, taking the form of a camellia flower (also composed of yellow gold), interspersed with Akoya pearls and colourless diamonds. As in the case of all watches in this series, a rectangular dial made of 18 karat white gold and diamonds depicts the shape of the Place Vendôme in Paris. 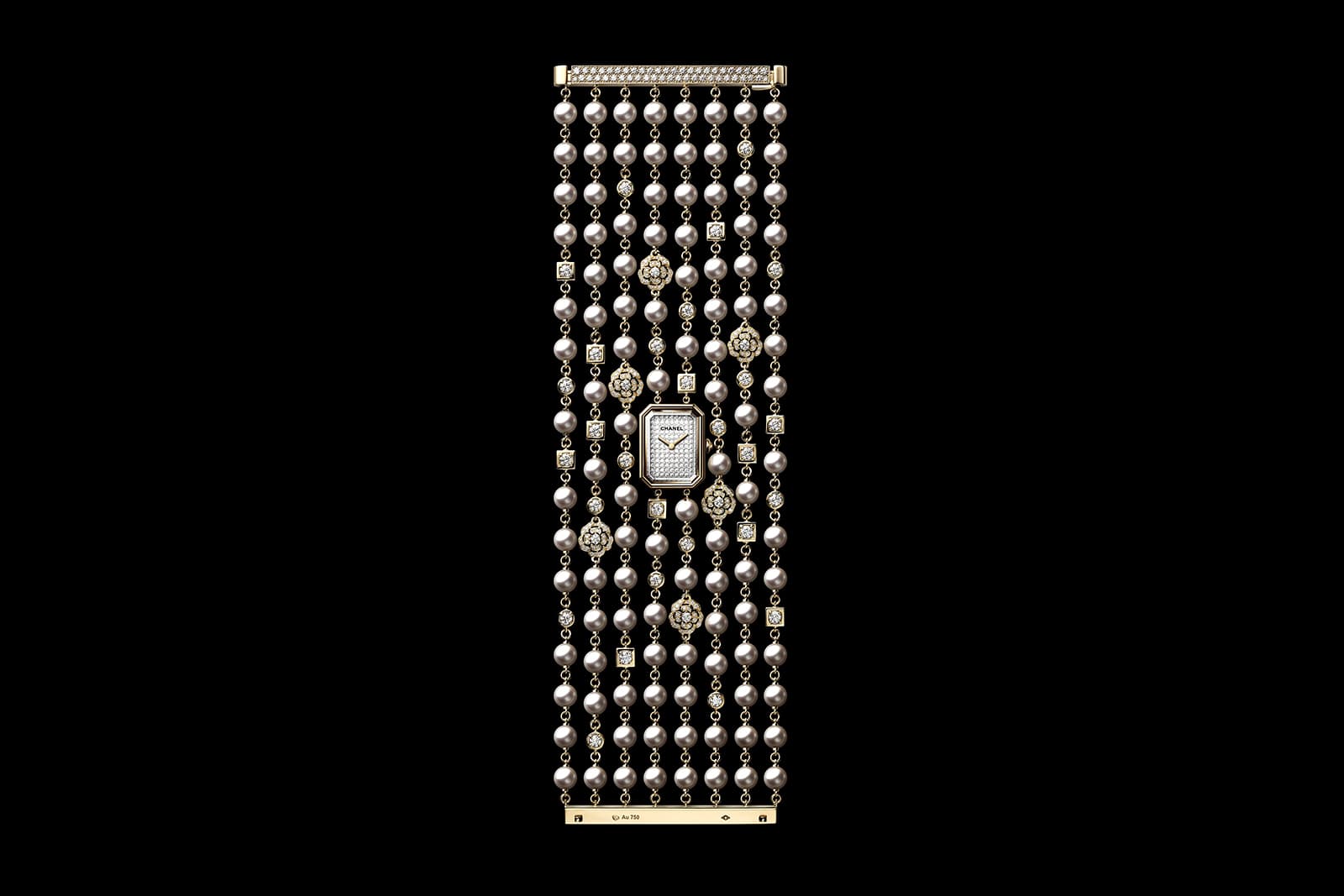 Finally, the house’s designers have not forgotten about men! Another new watch – released in a limited edition of 20 pieces – stands out for its very unusual appearance. The dial, bezel and even the winding mechanism are decorated exclusively by colourless baguette-cut diamonds – almost 300 of them! The hour and minute hands are non-standardly biased. The watch case as well as the embossed calfskin strap clasp are made from 18 karat white gold. 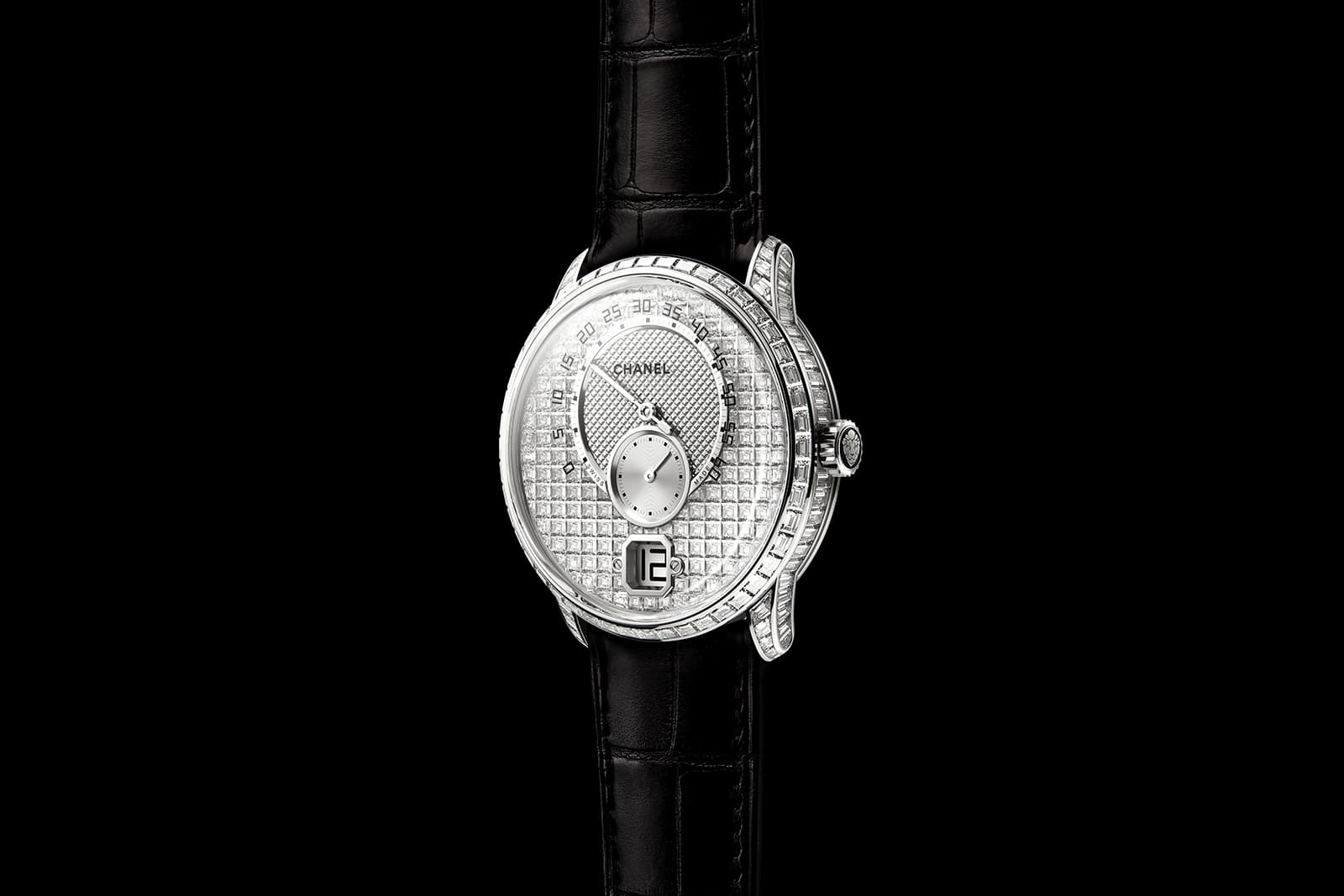 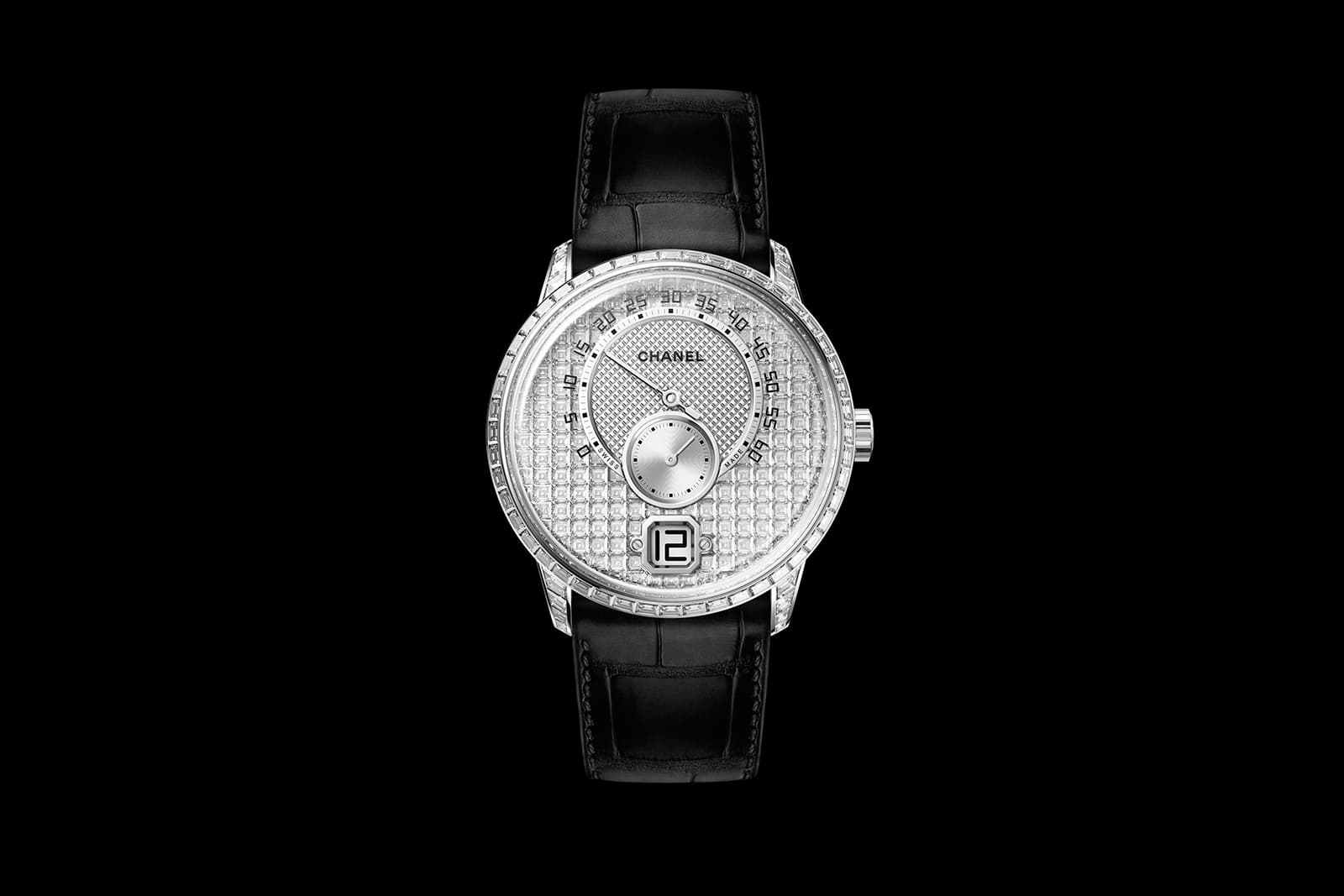 As is evident, Chanel’s watch designers have worked around the clock, if you will, to once again satisfy the brand’s ever-demanding customers. We look forward to seeing yet more new watch releases throughout the year, and my favourite of these - The Mademoiselle Bouton – will definitely be covered on my website!