Shining a Spotlight: Sarine on Why Diamond Light Performance Matters

Decades ago, a group of gemmologists joined forces to blend the science of gemstones with technological innovations. Sarine was the result of their combined endeavours and, today, the company is known for its expertise in the world of diamonds, including light performance – one of the most underappreciated facets of a diamond’s beauty and character. Here, Sarine chief executive officer, David Block, explains the fascinating relationship between diamonds and light, and why it’s as vital as the ubiquitous 4Cs.

The diamond is the only gemstone in the world whose appearance is created by the way it interacts with light. As light enters, bends, and exits a stone, the visual play of light is known as ‘light performance’. Light performance in simple terms is the scientific representation of a diamond’s beauty. As every diamond is unique, understanding its light performance is like unravelling the very essence of its character and exploring the world of facets within. Sarine is on-hand to dispel the confusion surrounding diamond cut and diamond shape – two aspects that are often merged into one, even though they are quite different. 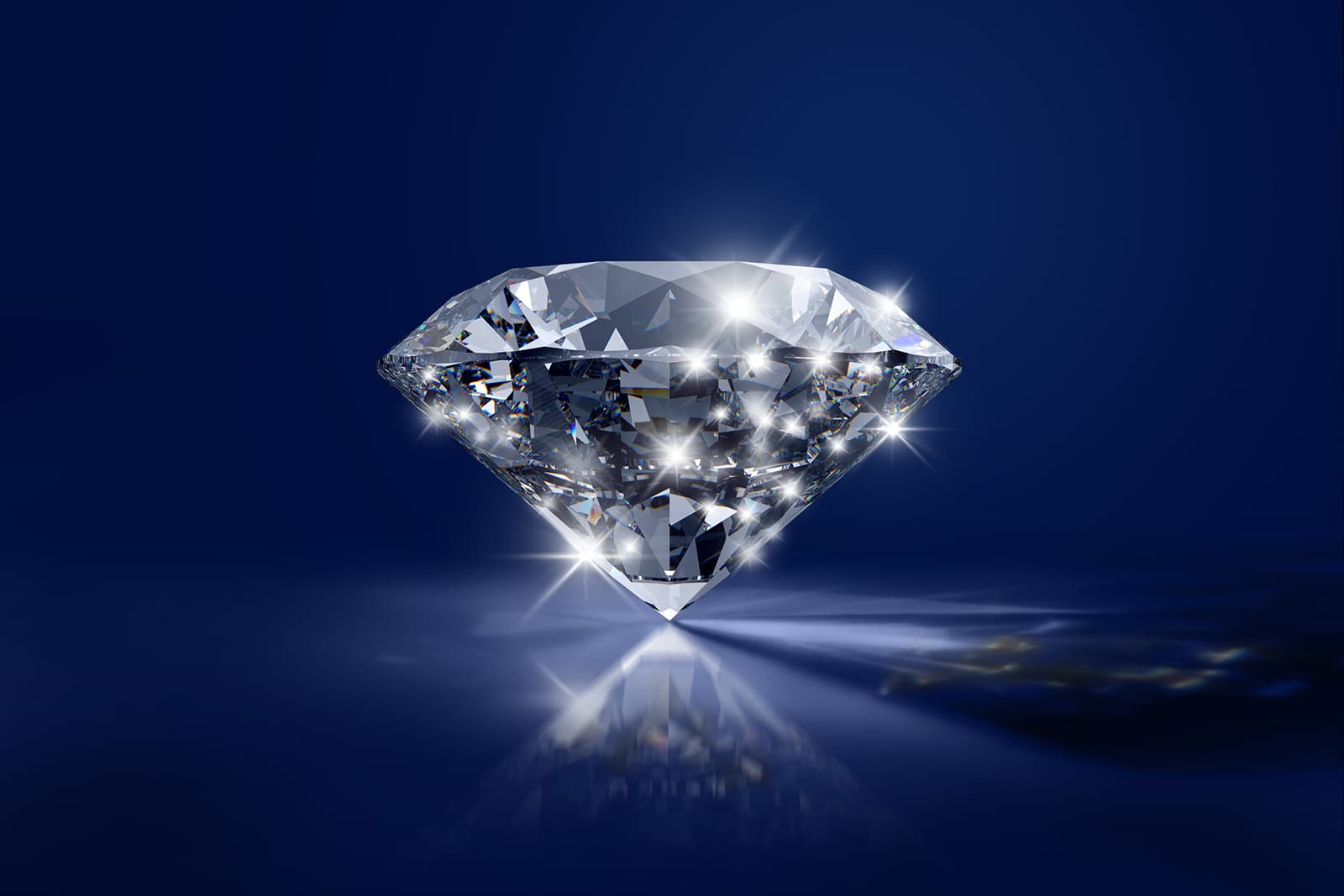 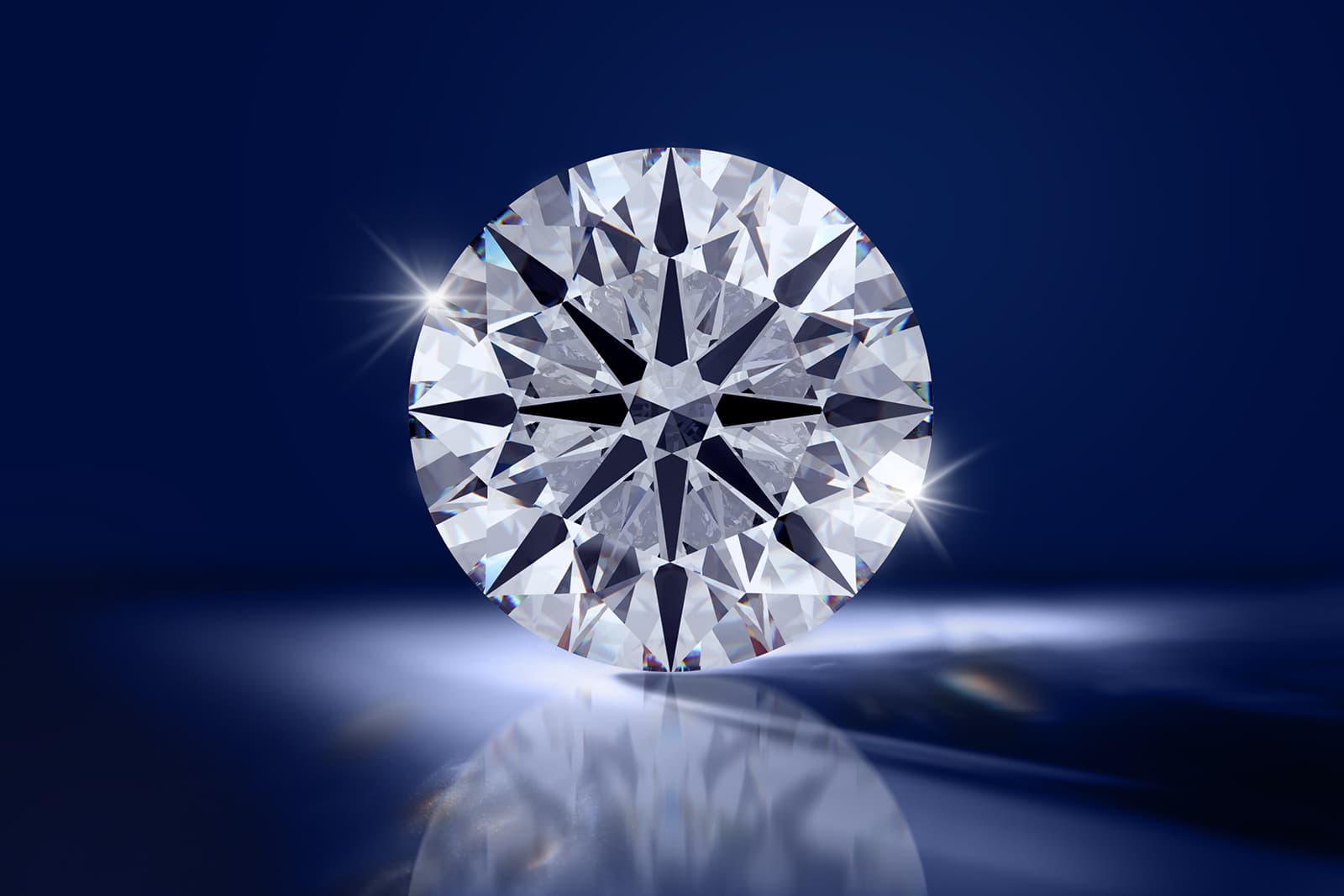 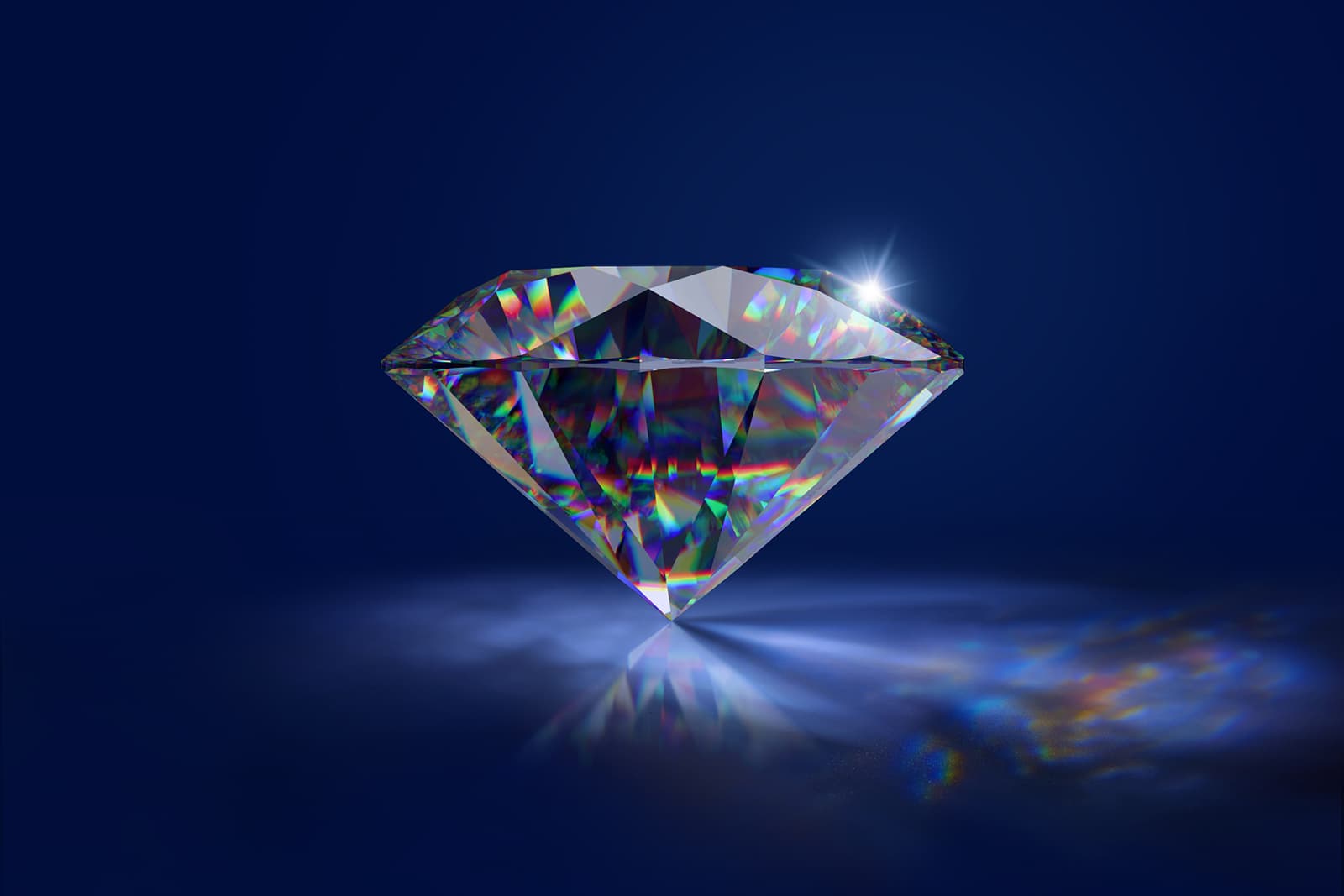 Sarine, chief executive officer, David Block, says: “Shape relates to the form of the diamond, whether it be a round brilliant, oval, heart, asscher or emerald shape. Cut, however, refers to the craftsmanship and accuracy of the way the diamond was polished from its rough form. Two diamonds can have the same shape (say, two oval diamonds), but they can have very different cut grades. One diamond might have an excellent cut, while the other will have a good cut. Diamonds with higher cut grades tend to be costlier of course because they are regarded as having superior craftsmanship.”

Diamonds with an excellent cut tend to have better light performance, largely because they have better symmetry and proportions that facilitate the way the stone interacts with rays of light, and the human eye. To delve deeper, I asked David to answer some questions about light performance and how this should factor in to your jewellery buying decisions. 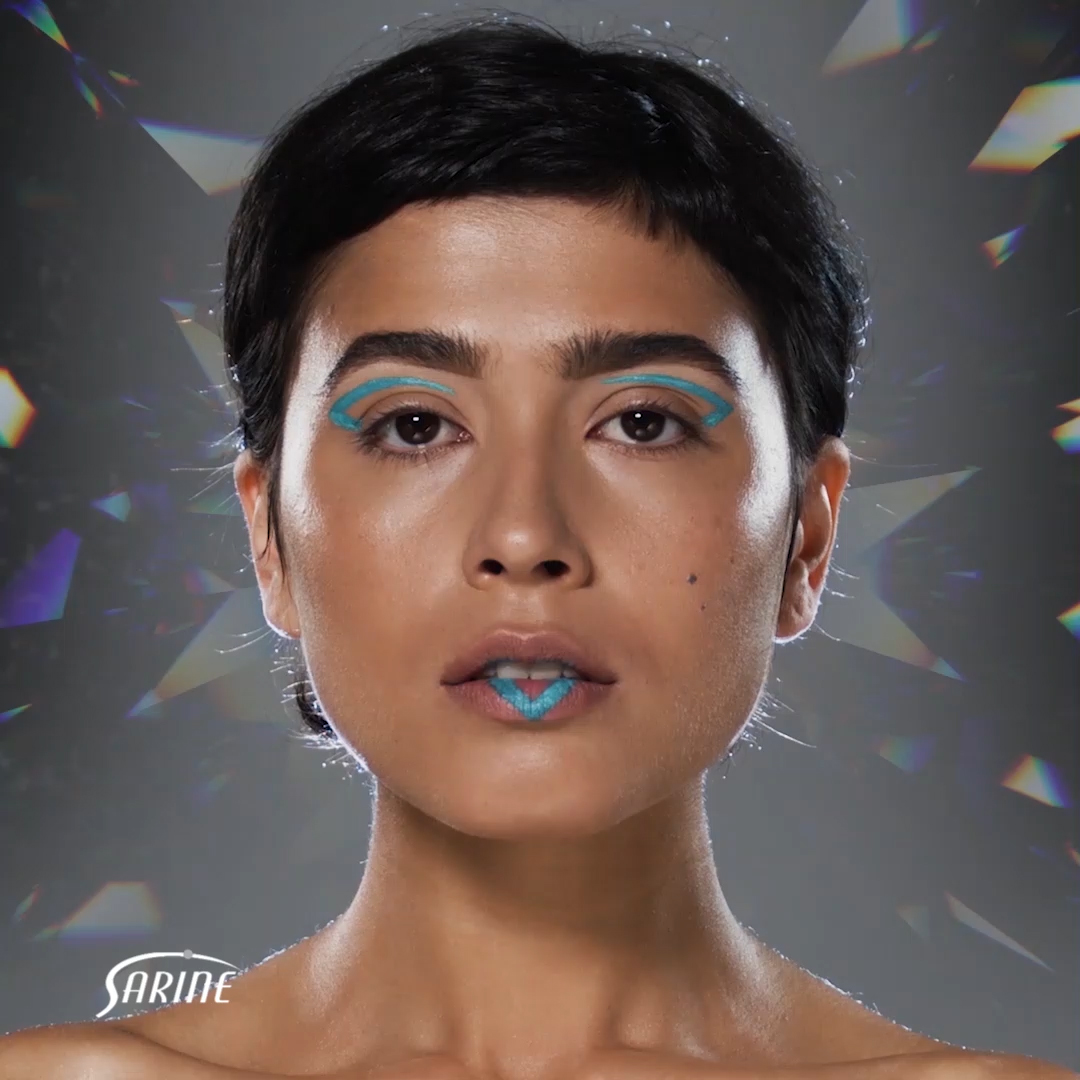 Katerina Perez: Is there an optimal route that light should travel through a stone?

David Block: Diamond cutting is based on many decades of science and mathematical research to help create a diamond with maximum light reflection. There are so many aspects of cut that can affect the movement of light inside a diamond. For example, if the pavilion (bottom part) of the diamond is too shallow or too deep, then the light may either leak out or be absorbed within the diamond, making it less sparkly or brilliant to the eye of the viewer. Certain diamond shapes tend to reflect light more brilliantly. The classic round brilliant, based on the scientific work of Marcel Tolkowsky, is a faceted cut that maximizes the diamond’s interaction with light and creates the magnificent brilliance and sparkle that the cut is known for. Other diamond shapes, such as oval, marquise, and pear, tend to sparkle less than the round brilliant, but still show some brilliance. Diamond shapes with less complex faceting, such as emerald, asscher, and baguette, tend to have the least sparkle. 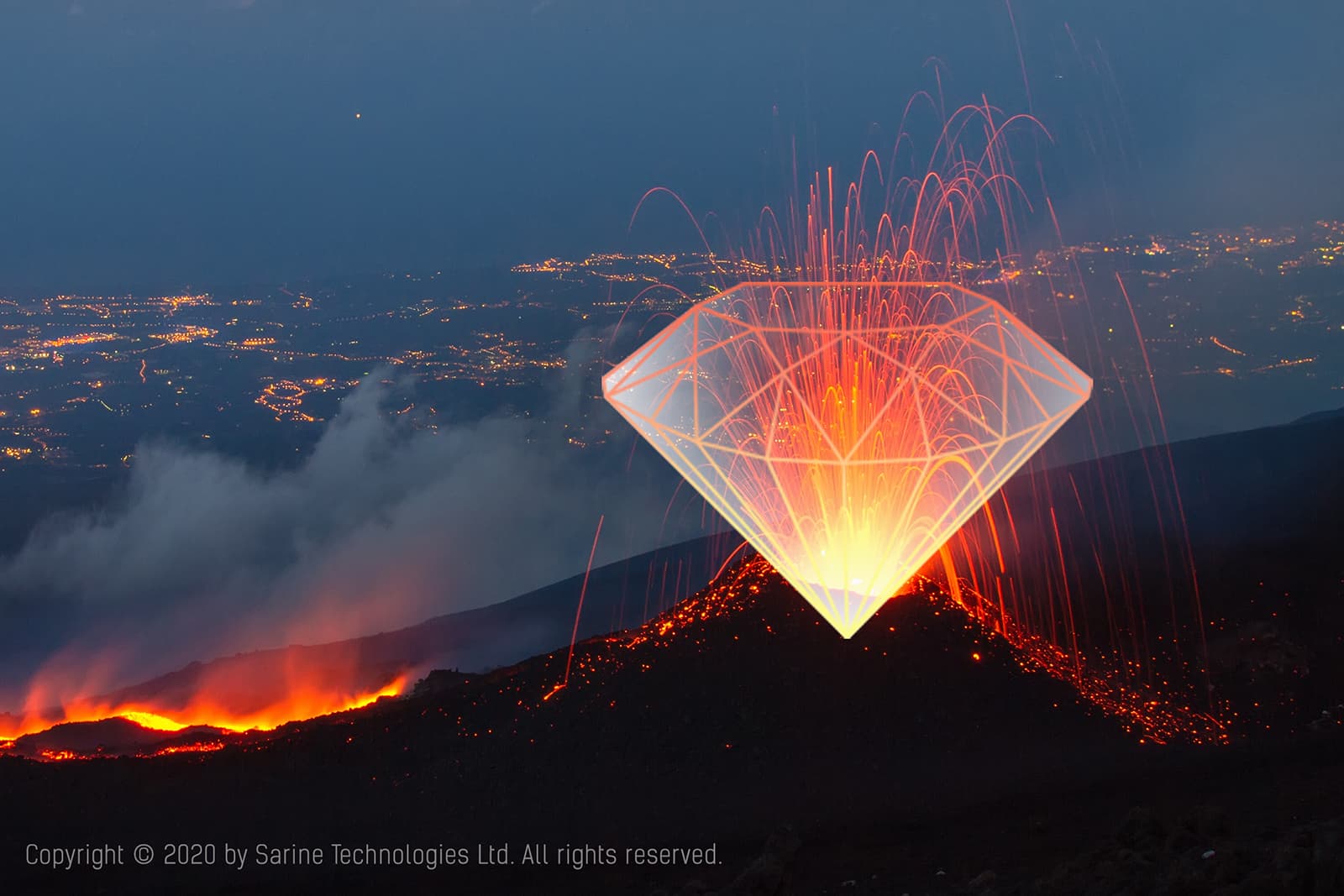 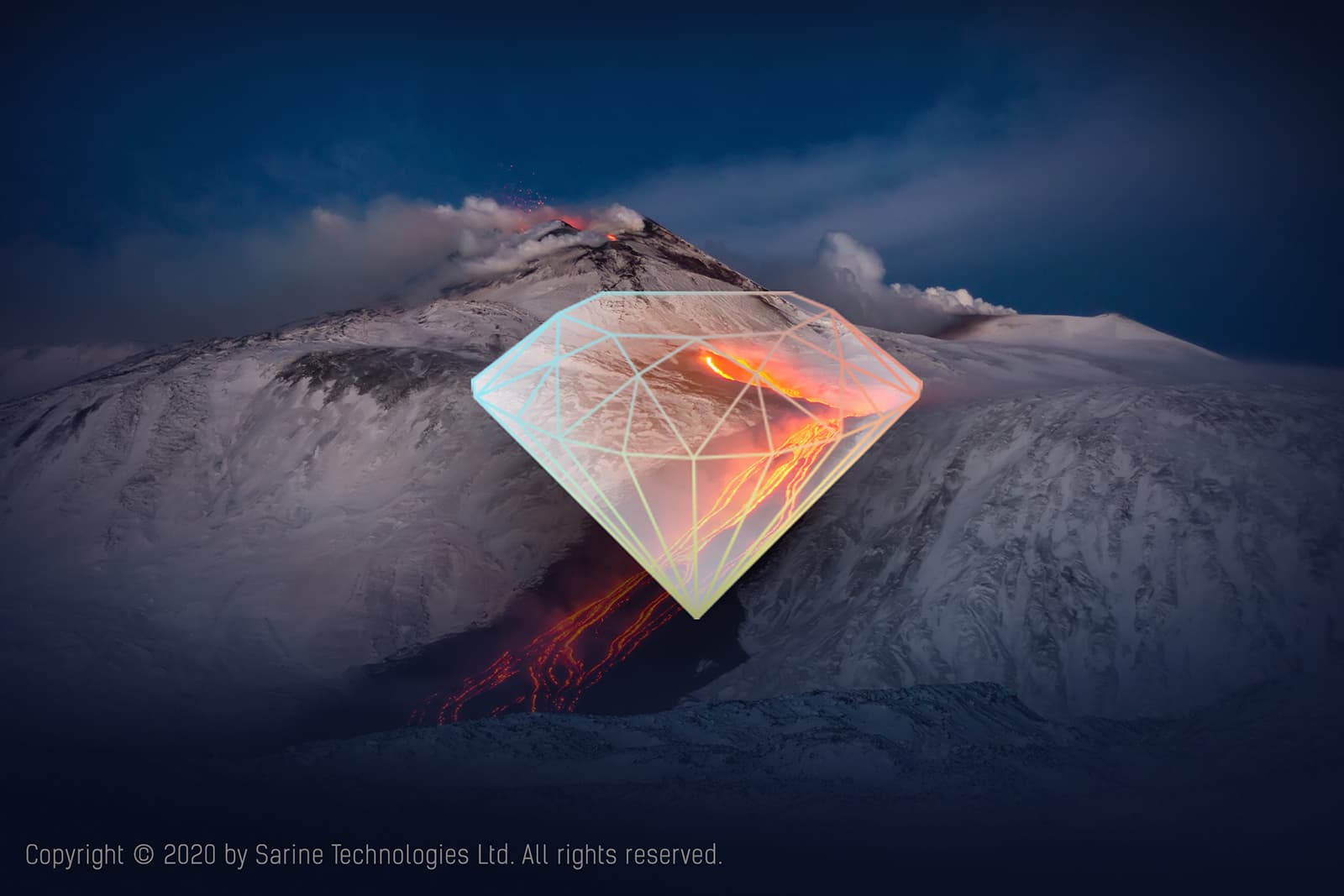 KP: Can light performance be predicted from the moment a rough diamond is unearthed?

DB: When a rough diamond is mined, the manufacturer will need to take the natural state of the whole rough into consideration when deciding how to cut it into one or more polished diamonds. There are many factors to consider when planning how to cut a rough diamond – one of them is the number and position of inclusions inside the rough diamond. Why is this important? Because one of the key factors in the way a diamond sparkles is the quantity, type and its particular arrangement of inclusions. Inclusions can block or hamper the movement of light waves inside a diamond, which significantly affects the way it sparkles in the light. So, rough diamonds must be planned and cut in order to minimize the occurrence and appearance of inclusions in the final polished diamond both to determine the diamonds clarity grade as well as its optimal light performance. Of course, if the rough diamond is heavily included, there may not be many cutting options that yield a truly sparkling result. Yet in other cases, this is indeed possible. Therefore, a diamonds light performance is both dependent on the rough diamonds inherent characteristics as well as the level of craftsmanship in the manufacturing process. 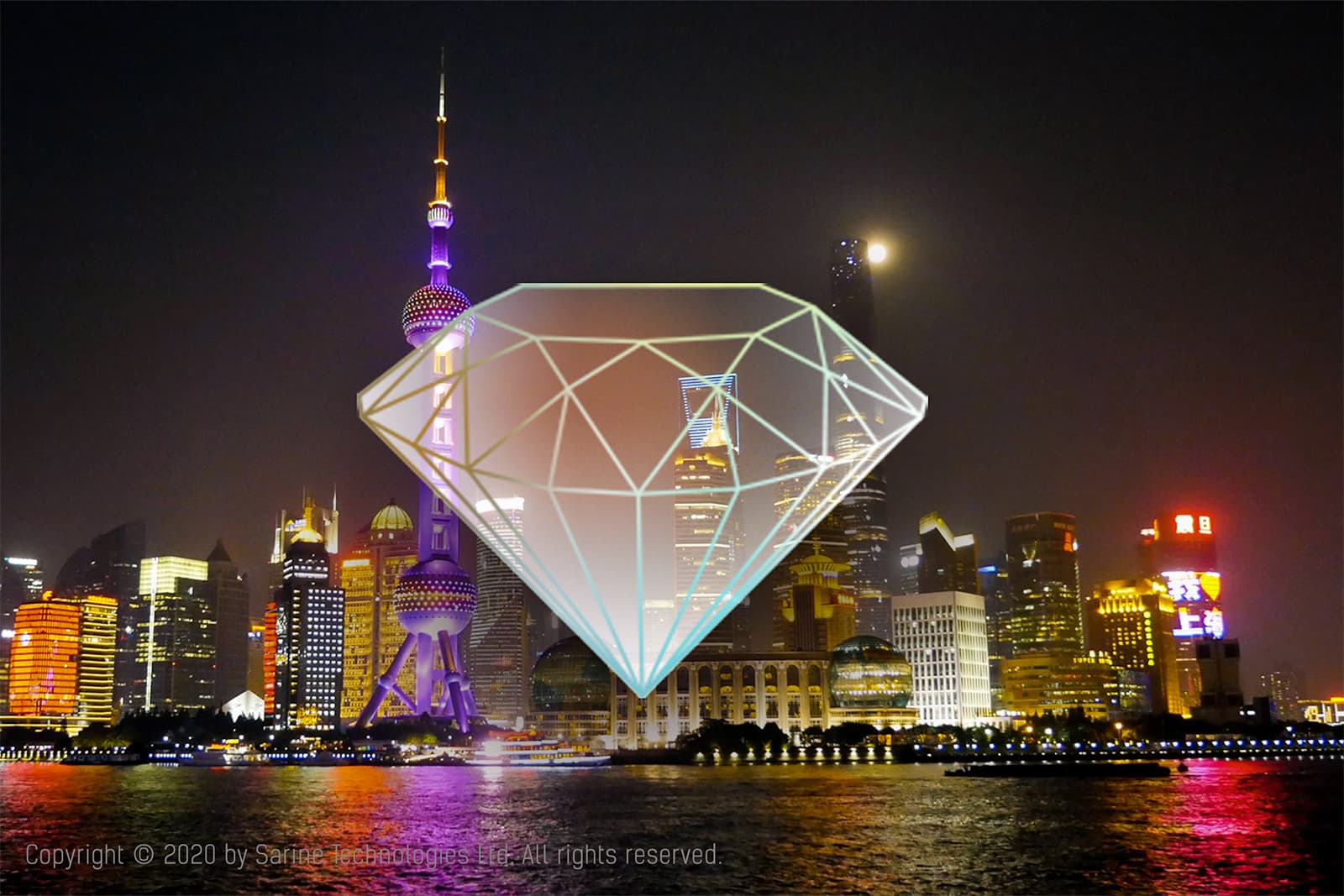 KP: Could a stone have a excellent cut on its grading report, but still not reflect and refract light as good as another stone?

DB: This can definitely happen due to many factors, such as the position of inclusions. What’s more, two diamonds with the exact same 4C grades can have different light performance grades! All things being equal, such as cut, color, and clarity, two diamonds can still interact very differently with light resulting in very different appearances. This not only affects how sparkly or brilliant the diamond looks, but also its value. The best way to know a diamond’s true appearance is with the help of light performance grading. 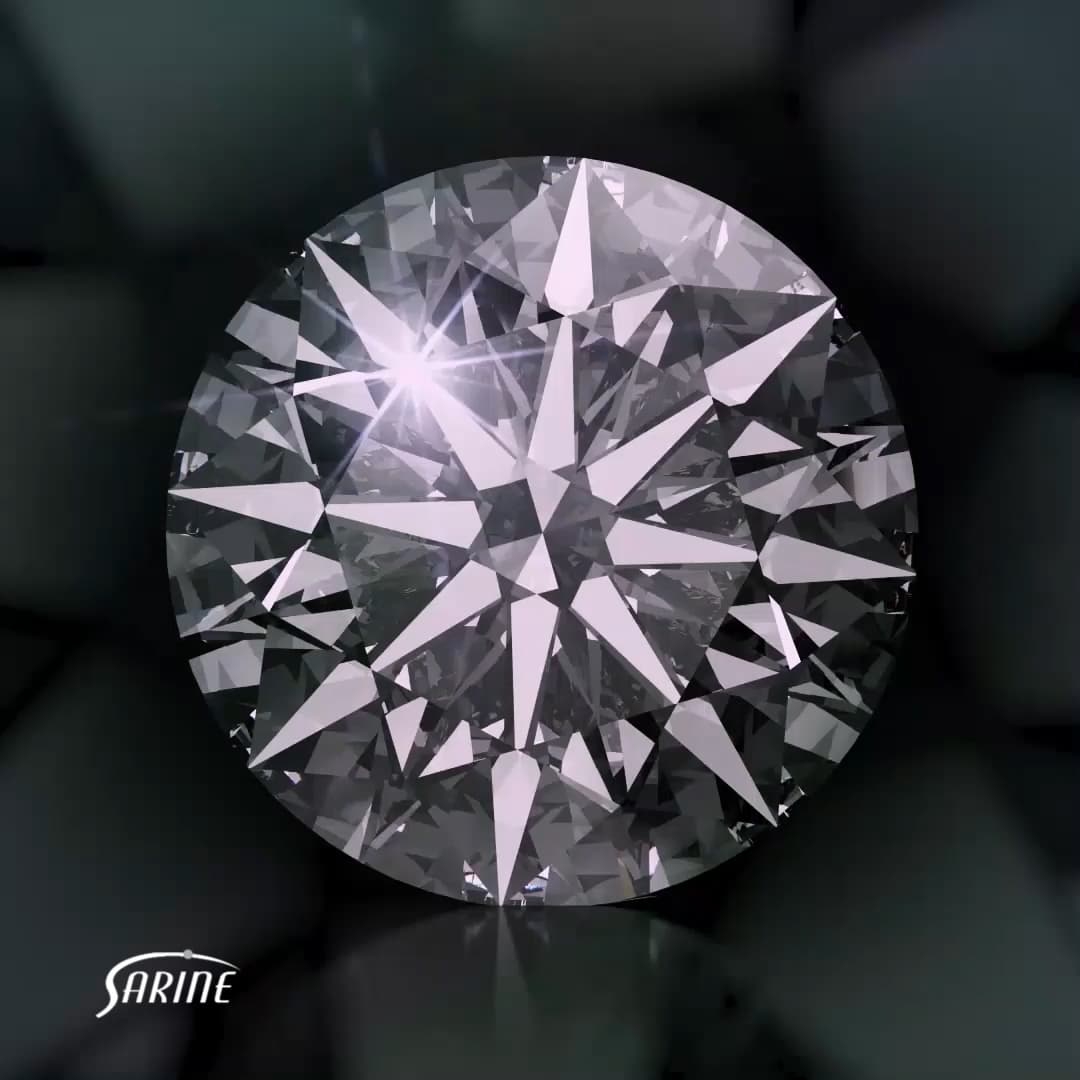 KP: What is light performance grading and how does it work? 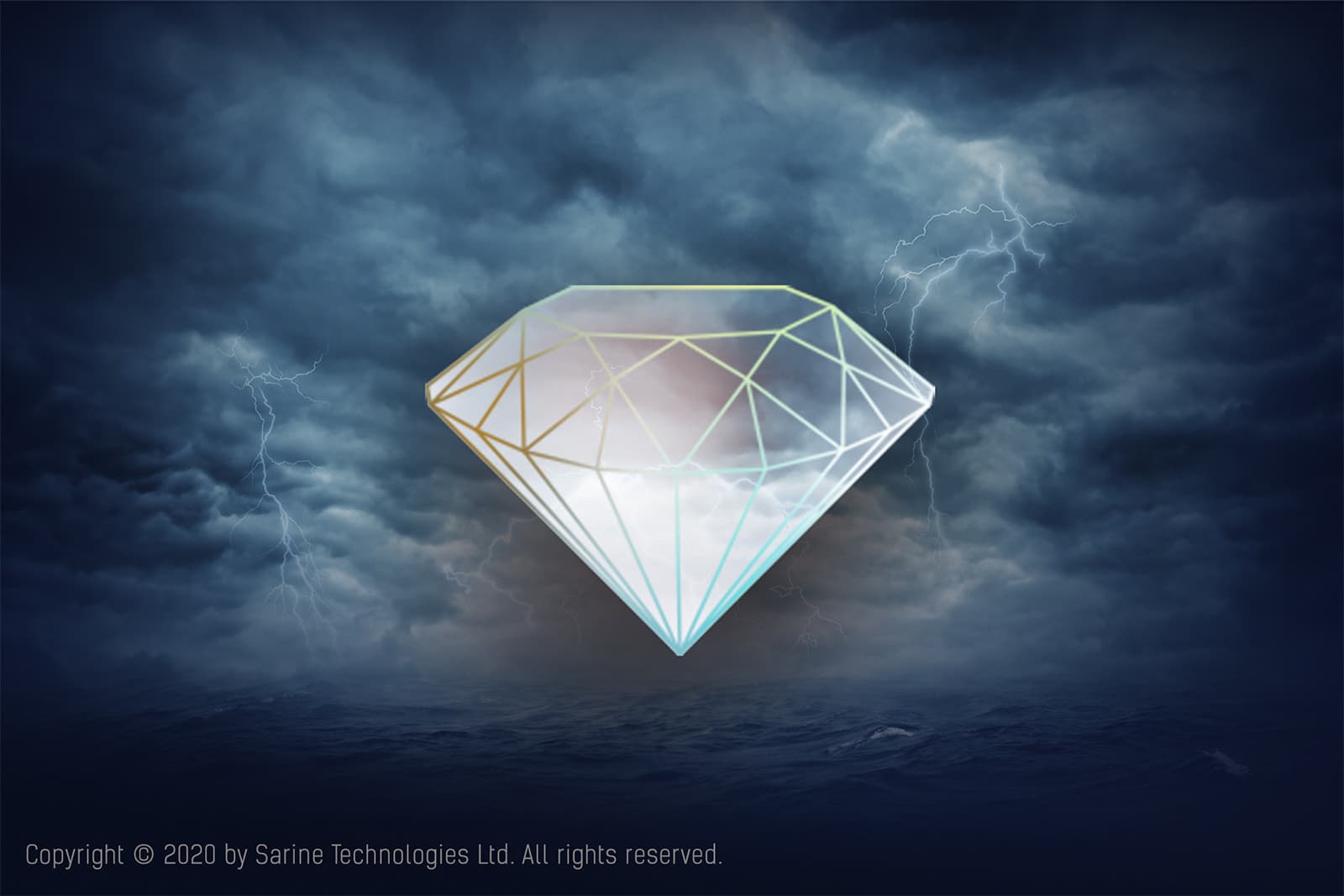 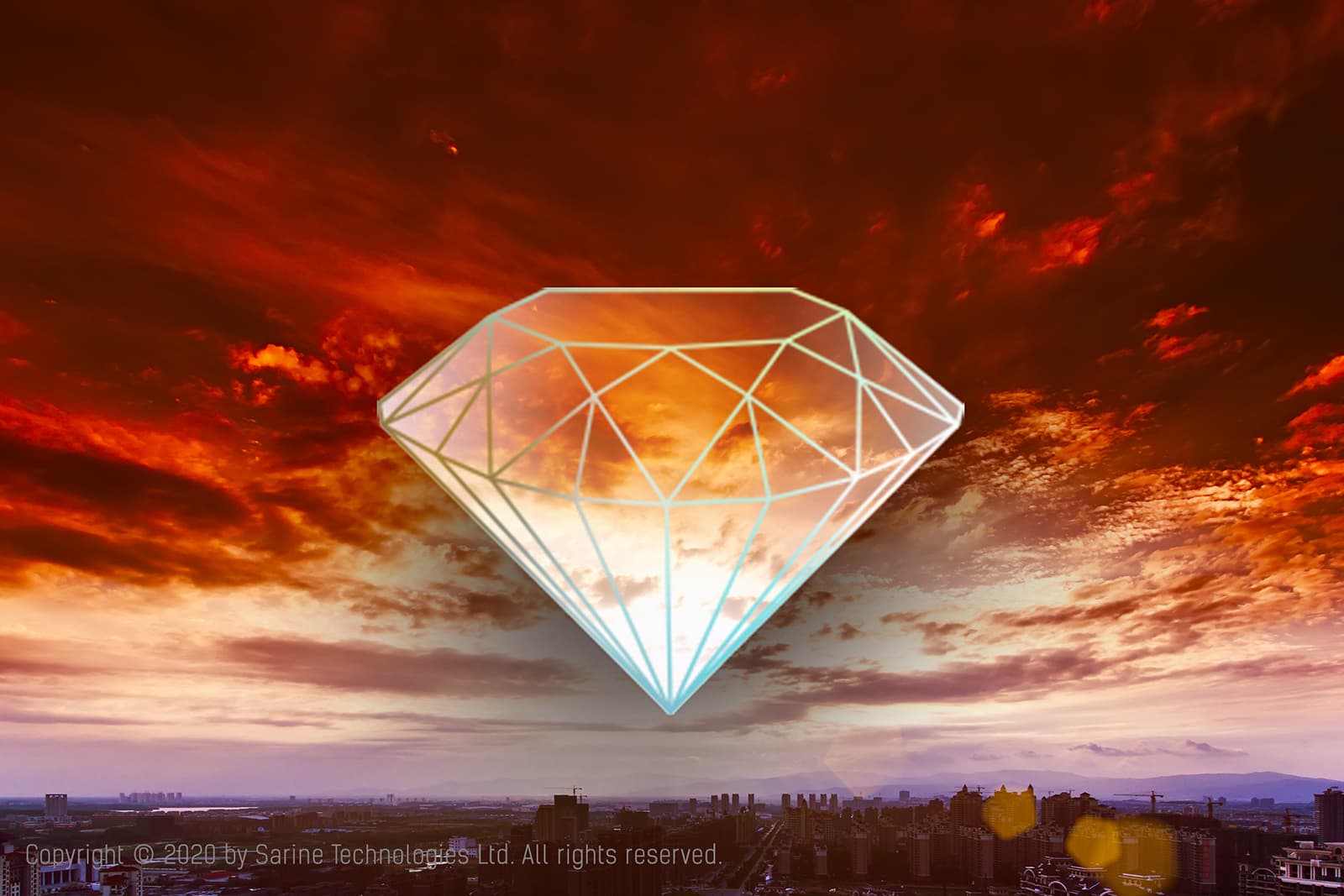 KP: Can you explain more about Light Symmetry and why it is so important?

DB: Light symmetry is one of the less-common ways that diamonds are measured but it is absolutely critical to overall light performance, and that is why Sarine has included it as part of its light grading system. Research on aesthetics shows that there is a direct correlation between our perception of beauty to symmetry. Light symmetry looks at the distribution of light within the diamond, which is affected not just by the different ‘birthmarks’ (flaws and inclusions) that may appear on or in the stone, but also the accuracy of its cut, which is also evident in the ‘hearts and arrows’ pattern which exists in extremely symmetrical round brilliant diamonds. The more perfect the cut, the more precise the light symmetry and the higher the light performance will be. This aspect of the diamond’s interaction with light is given equal weight as one of four parts of the overall light grade, making Sarine’s approach to light performance far more detailed, accurate and representative of the true beauty of the diamond. 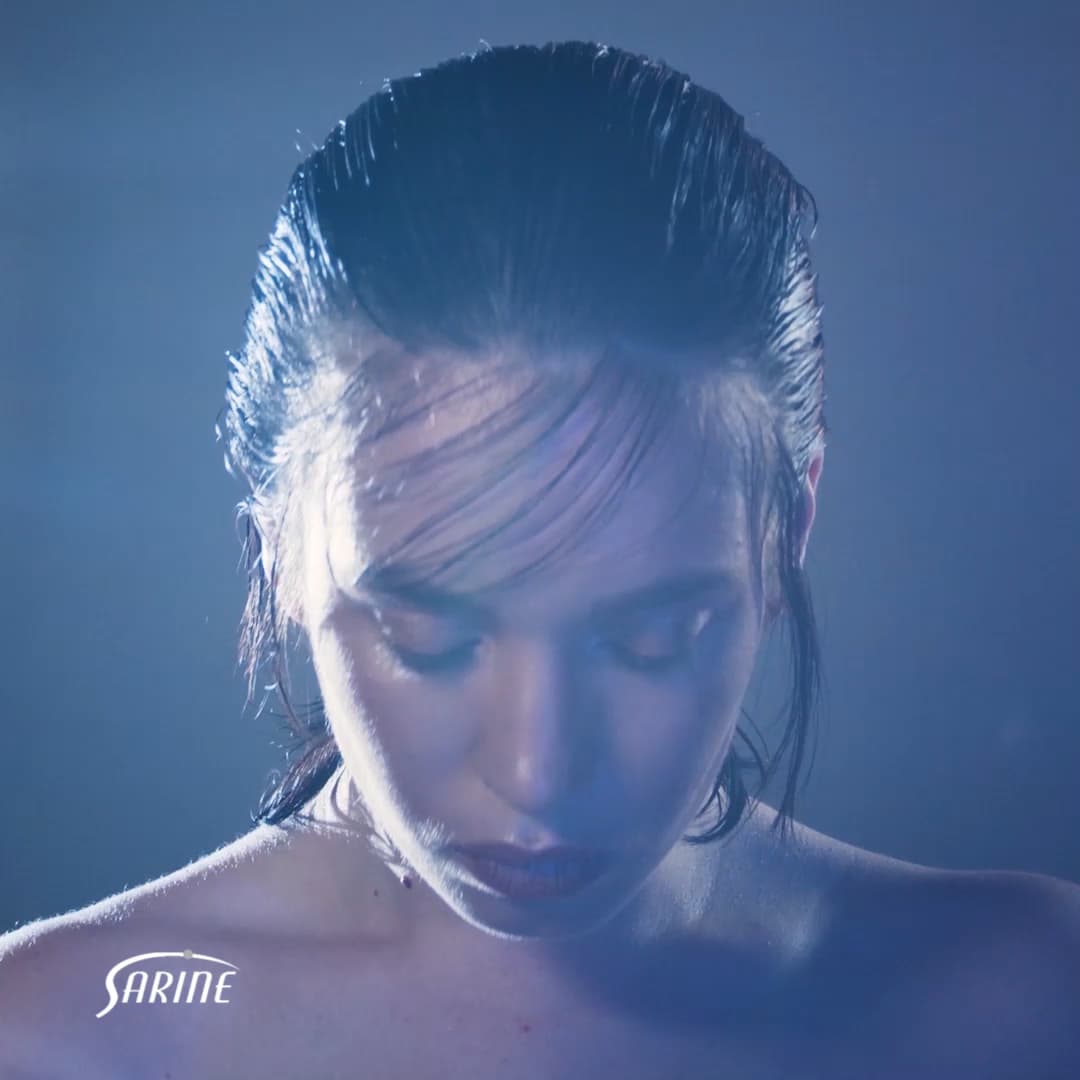 KP: With this knowledge of light performance, do you think the 4Cs are still relevant for understanding diamonds?

DB: The 4Cs have been the international standard for diamond grading since about the 1950s. It is an integral part of the language and tradition of understanding diamonds, and light performance is not attempting to replace it. However, as diamond technology has evolved and become more sophisticated, light performance is adding another important dimension to grading. The ability to measure a diamonds beauty based on its actual, science-based appearance is taking the grading industry to new frontiers, giving buyers the power to accurately assess the diamond in a way that they never could before. Light Performance also influences diamond price, sotwo diamonds with the same 4Cs grading can have a different price evaluation depending on their individual light performance grade. The 4Cs are not out of date; rather, Sarine is taking the entire concept of diamond grading to new levels of excellence, with AI-based technology that measures and grades them in a far more precise and statistically standardized way. 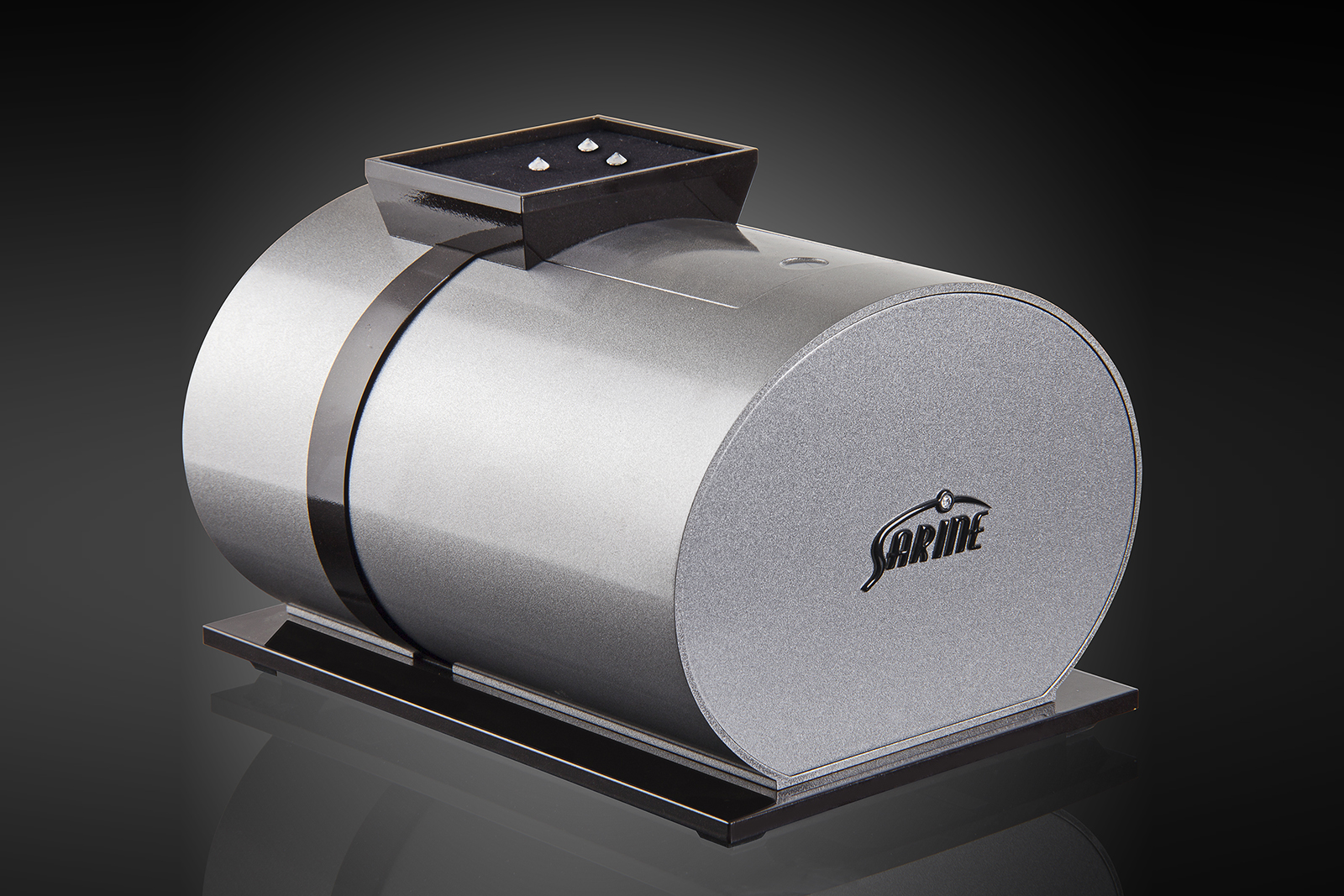 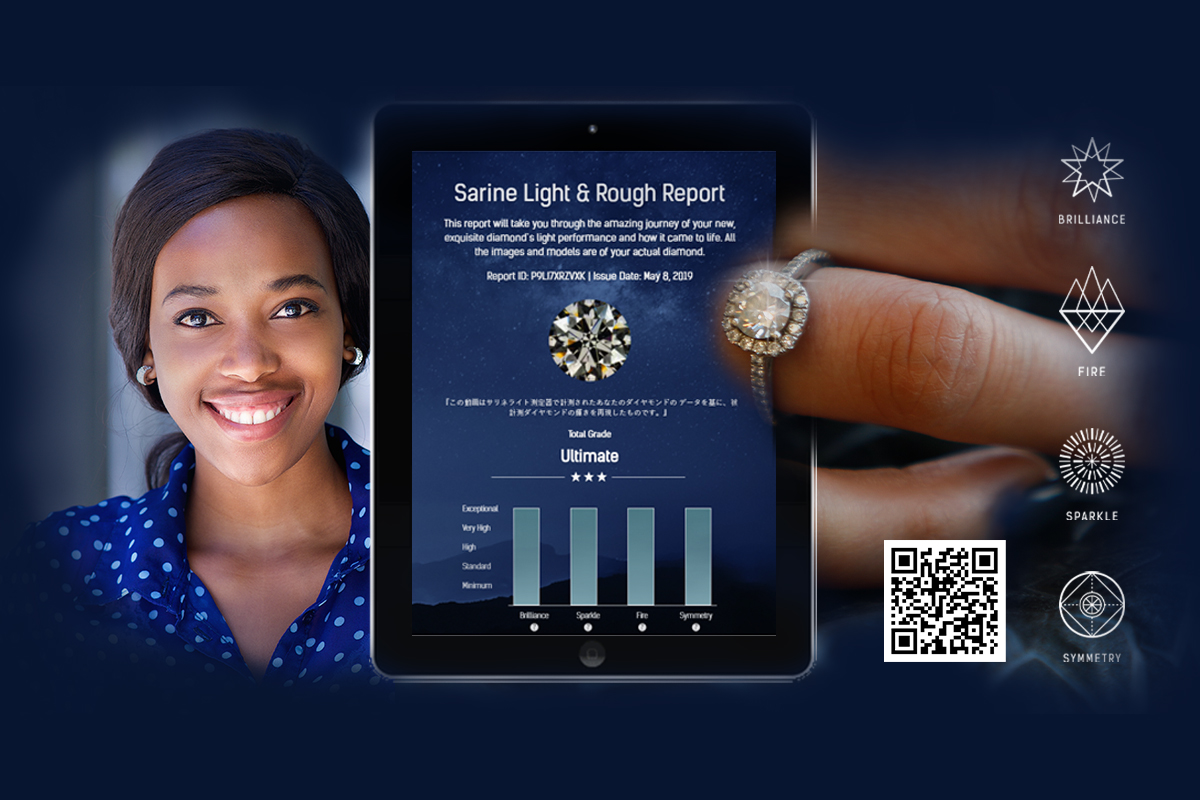 KP: For a diamond to achieve your grade of 'Ultimate' what would it need to demonstrate?

DB: There are 4 overall grades in Sarine’s Light™ Performance scale: Low, Classic, Premium, and Ultimate. Ultimate is reserved only for diamonds with the absolute best light performance, meaning they get top marks for all light performance parameters, Brilliance, Sparkle, Fire, and Light Symmetry. Naturally, Ultimate diamonds are rare and only represent a very small percentage of all diamonds. The merging of perfect natural features and exceptional craftsmanship that combine to create a diamond with Ultimate light performance doesn’t happen very often. As expected, Ultimate diamonds are more prized and therefore more expensive. If you are lucky enough to hold an Ultimate light performance diamond in your hand and turn it in the light, you will see a highly brilliant diamond that demonstrates exceptional sparkle, depth, and perfection.

SPECIAL THANKS: SARINE FOR SPONSORING THIS ARTICLE