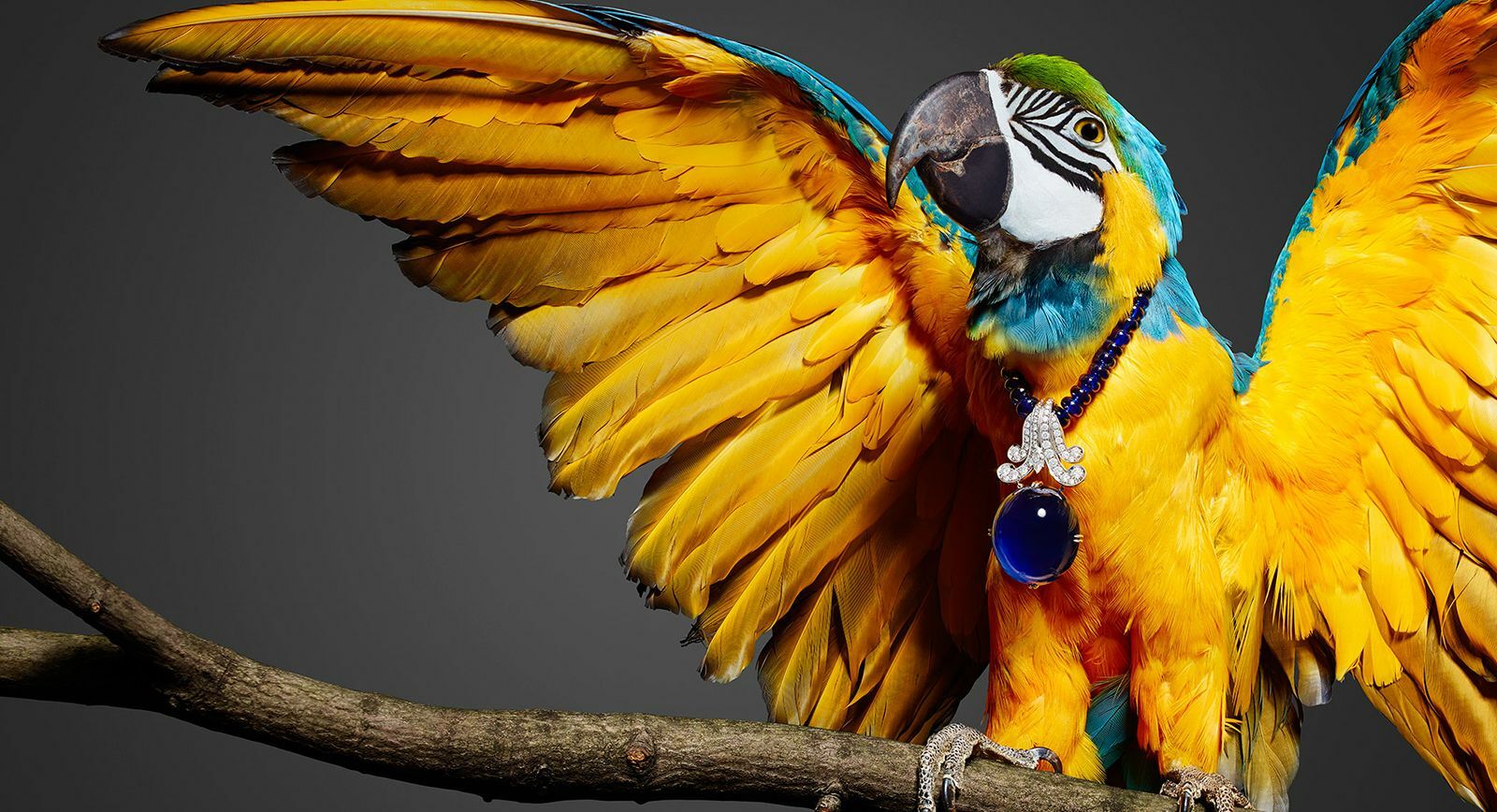 Photography: Advertising as an Art Form

There is a lot of competition in the jewellery industry, a market where the pieces are not only beautiful and stylish, but also symbols of social status. So, in order to communicate the message of their jewellery as quickly and effectively as possible, designers and brands turn to visual advertising as a means of pitching their products to their audience.

Photographing precious metals and gemstones is very tricky. Combine this task with having to convey a very specific message through the images and things become even more interesting. “Of course, creative photography is about getting the right angles, correctly placing the light and perfecting your techniques, but that’s not all. Behind each picture there is a specific idea or thought, and working out how to convey that idea clearly in each of the shots, how to ‘saturate’ them with the desired mood and how to present the main subject at which the lens is directed in the best light – these are the challenges for the team of people involved in this exciting but laborious creative process,” says Katerina Perez, who regularly acts as a stylist and creative director for jewellery photography. Today, I want to introduce you to some of the photographers and brands who, in my opinion, have managed to achieve this balance perfectly, creating a signature look that is extremely alluring and instantly recognisable as their own.

In today’s world of fashion, Julia Hetta, a graduate of the prestigious Gerrit Rietveld Academie in Amsterdam, is one of the most exciting photographers. Already recognised and renowned for her particular trademarks – dark backgrounds, a picturesque quality and a refined Renaissance atmosphere – her romantic and serene images are usually shot in natural light and with a slow shutter speed, giving them a unique portrait-esque look.

Unsurprisingly, in addition to fashion magazines such as Vogue Italia, British Vogue, AnOther and T Magazine, her enigmatic photographs are on display in museums and galleries across Europe. Gucci, Chaumet, Dior, Van Cleef & Arpels, Hermès and Louis Vuitton all feature as “exhibits” in her portfolio. 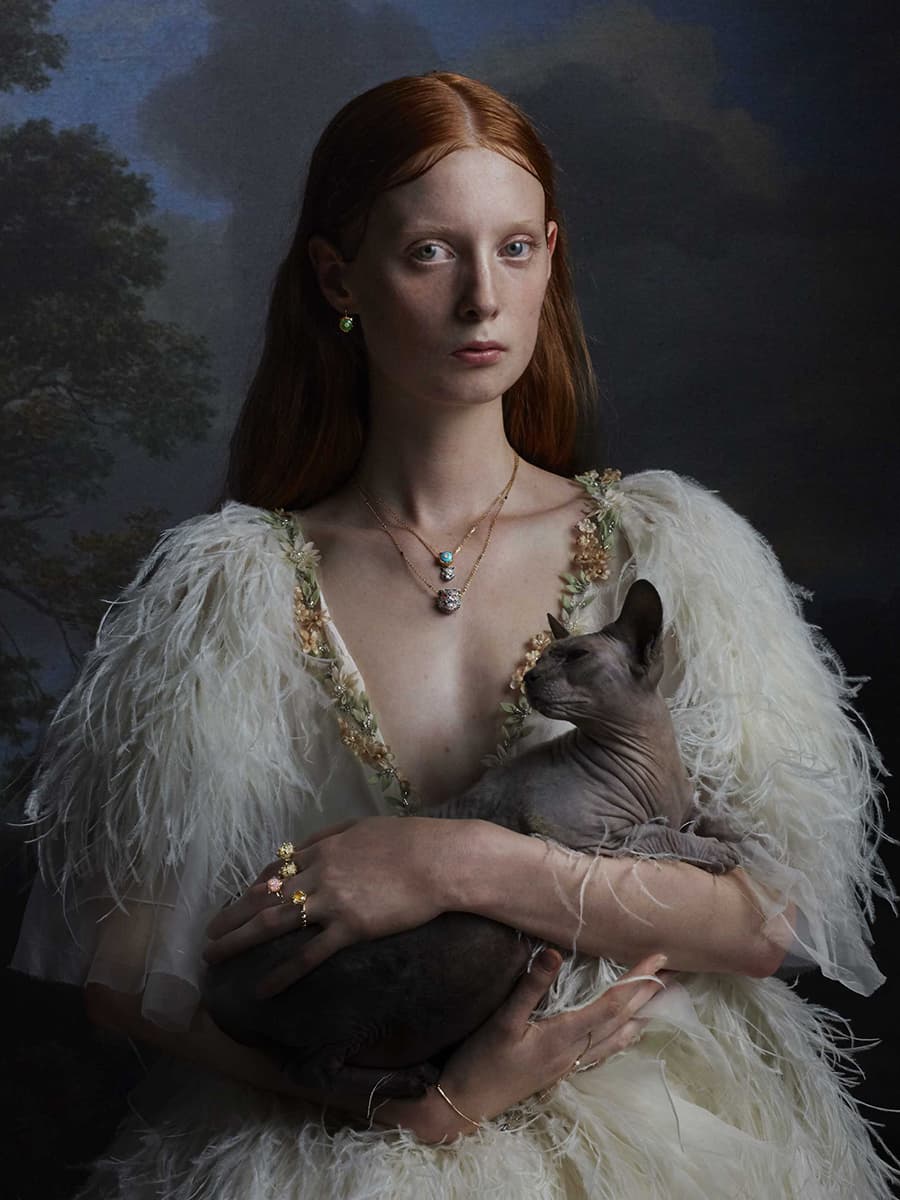 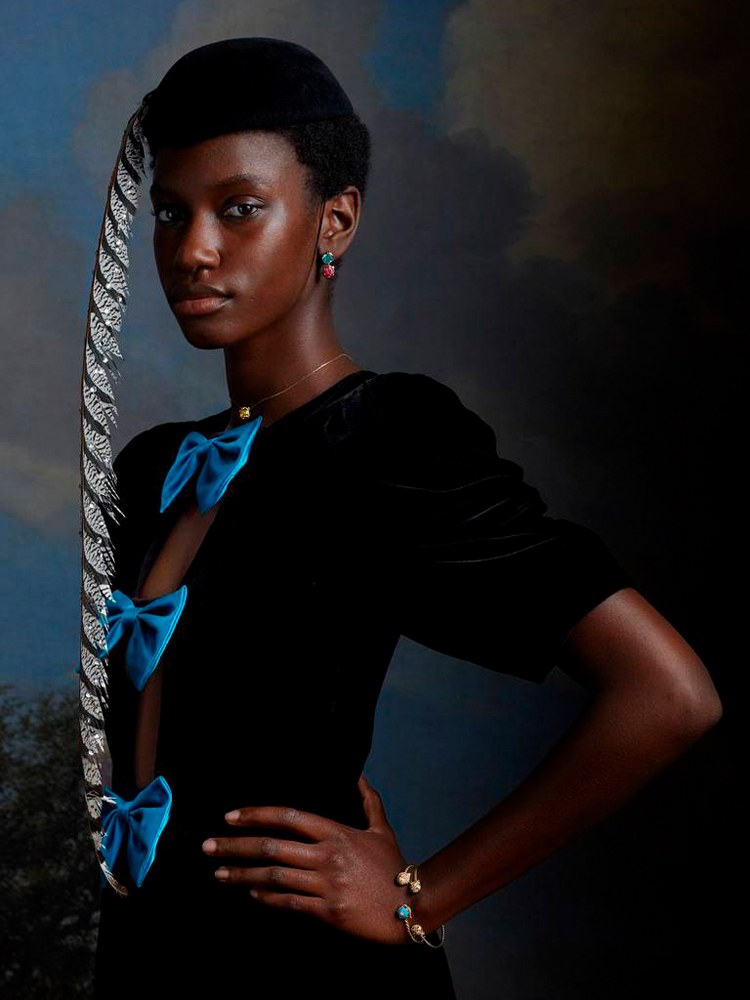 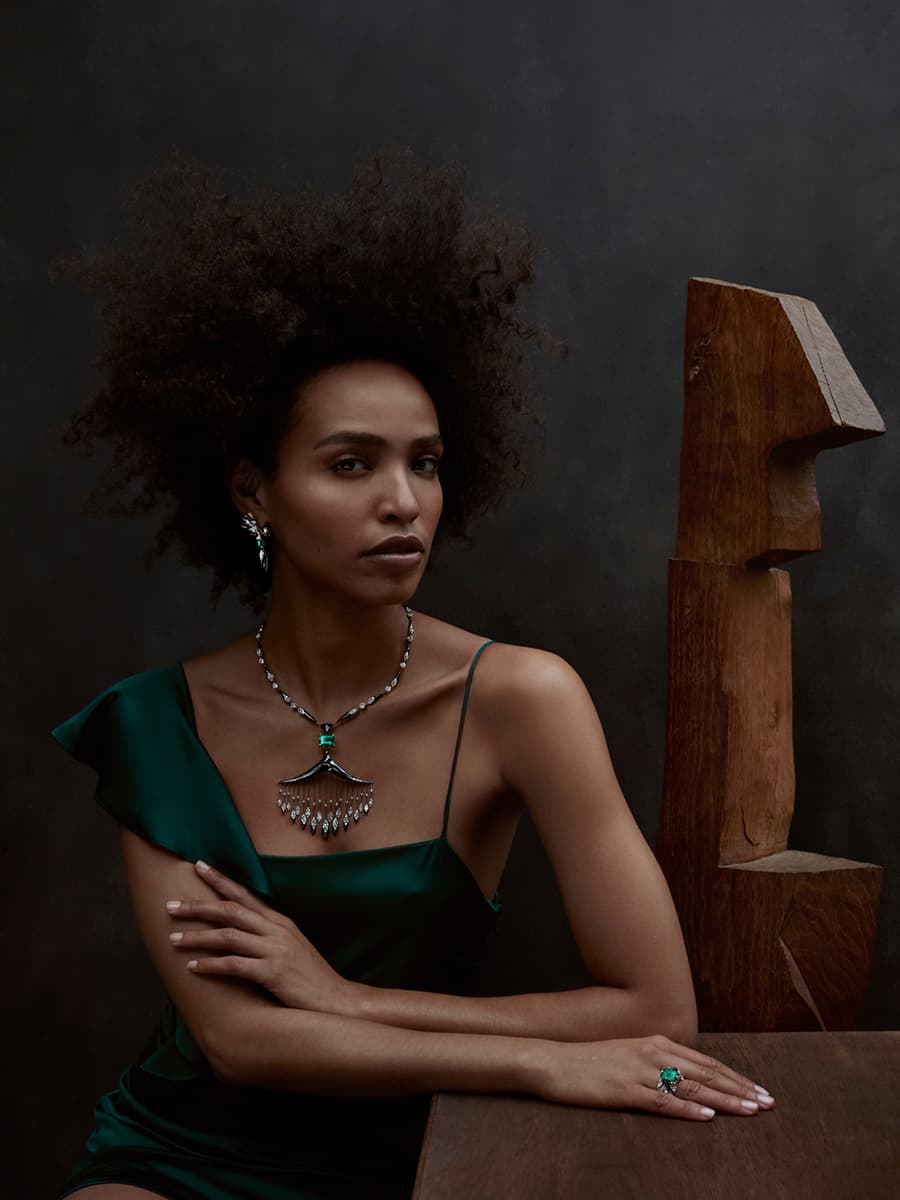 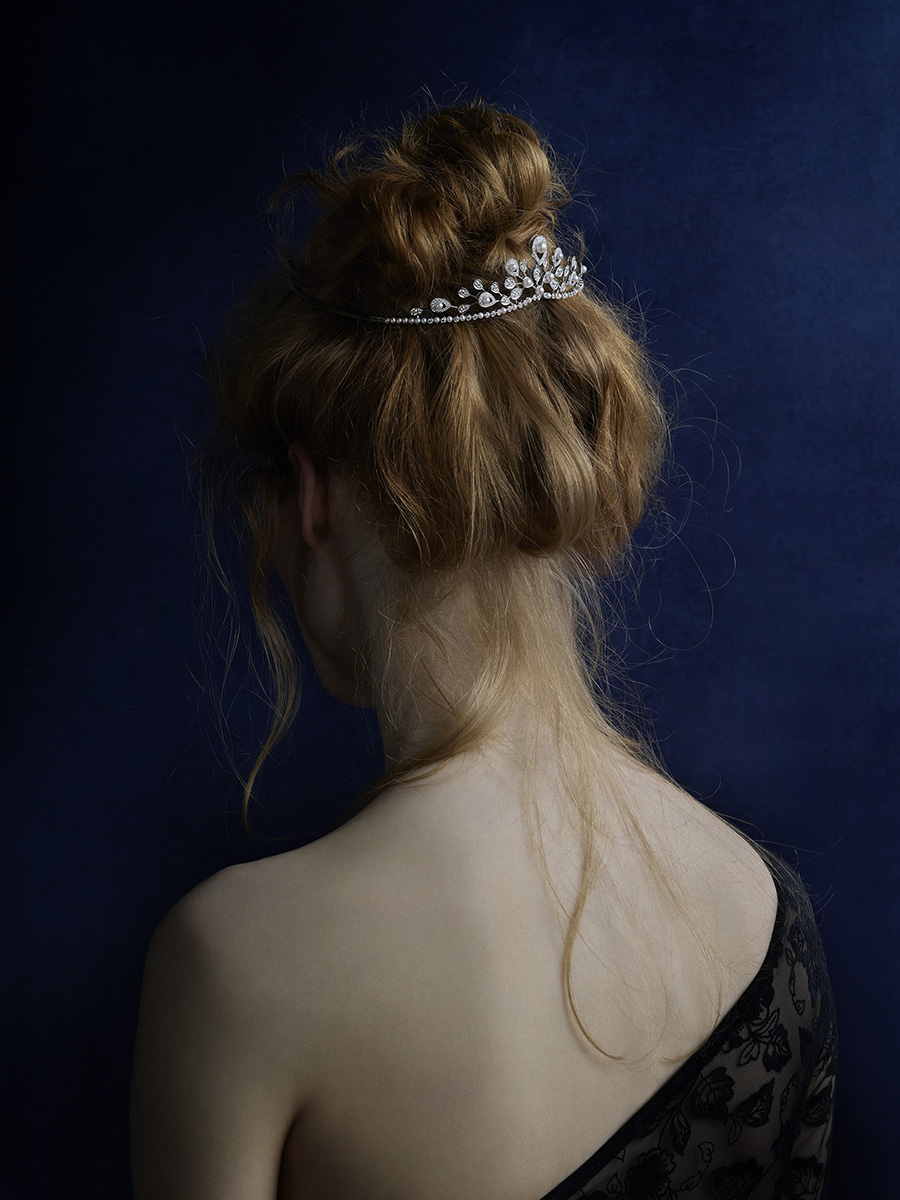 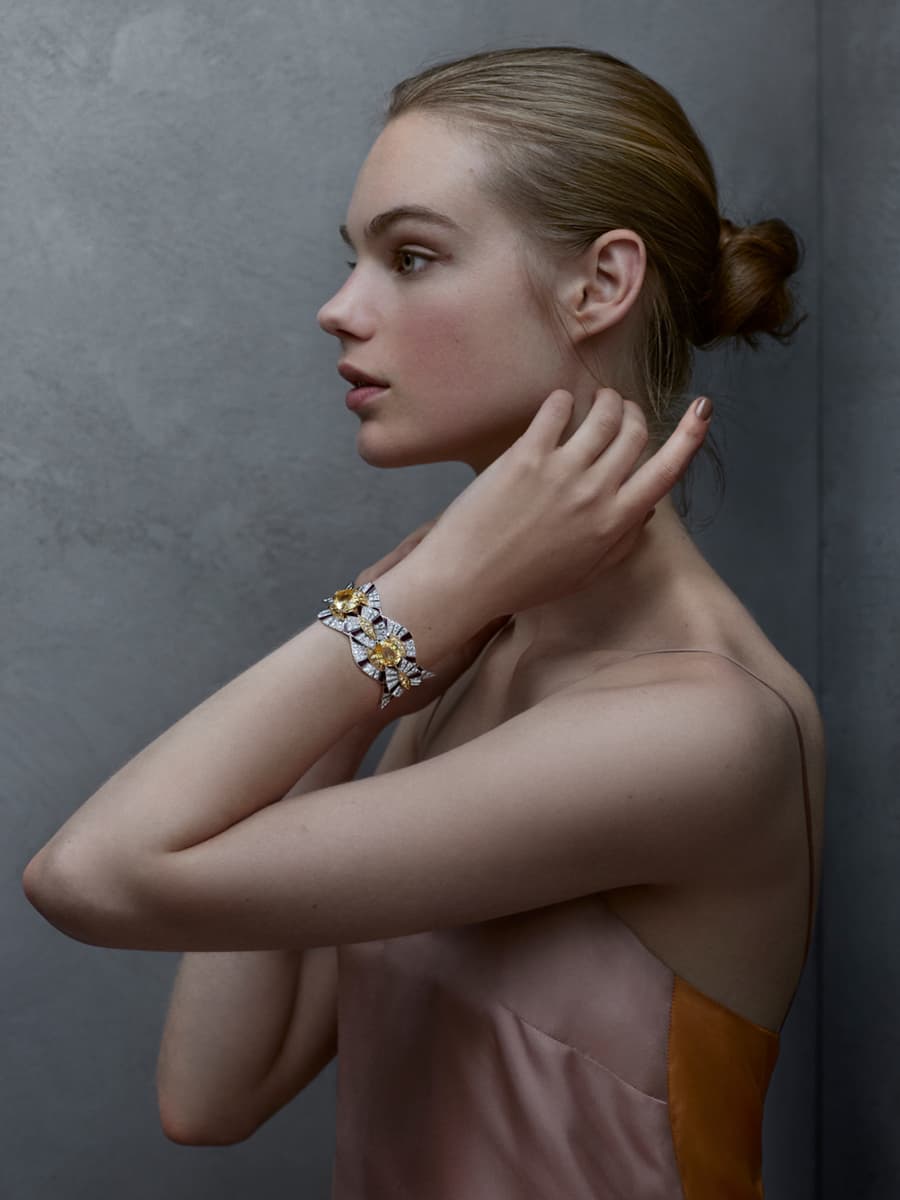 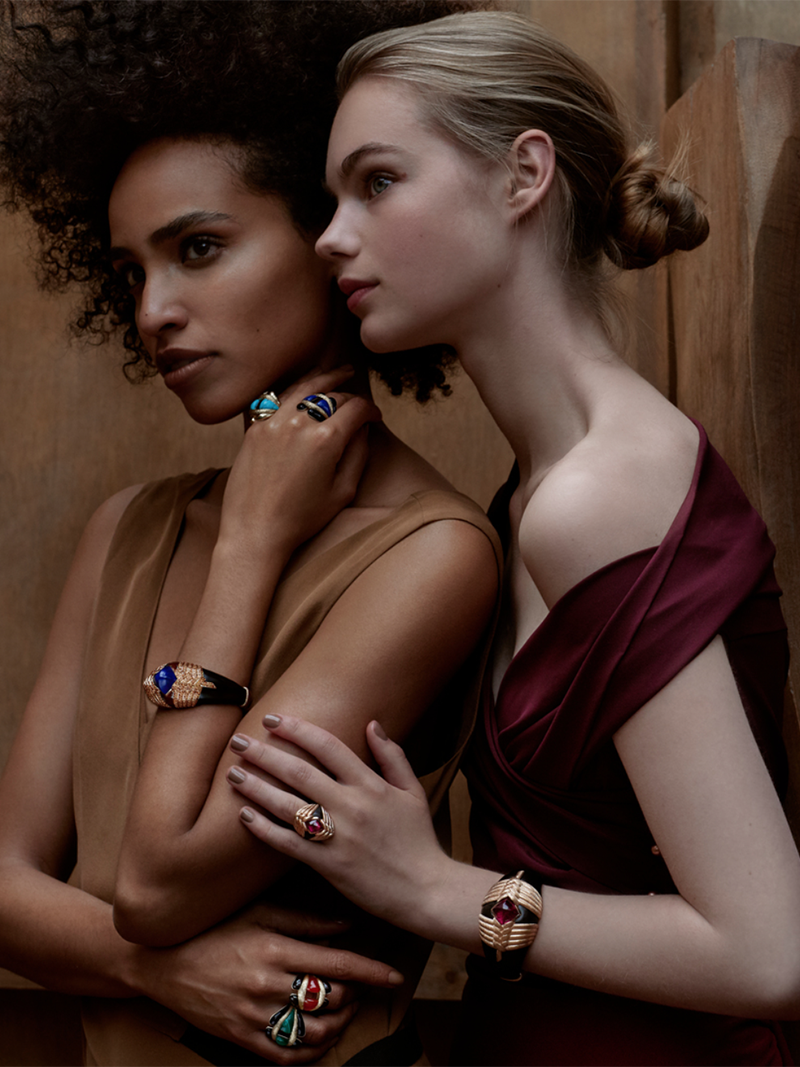 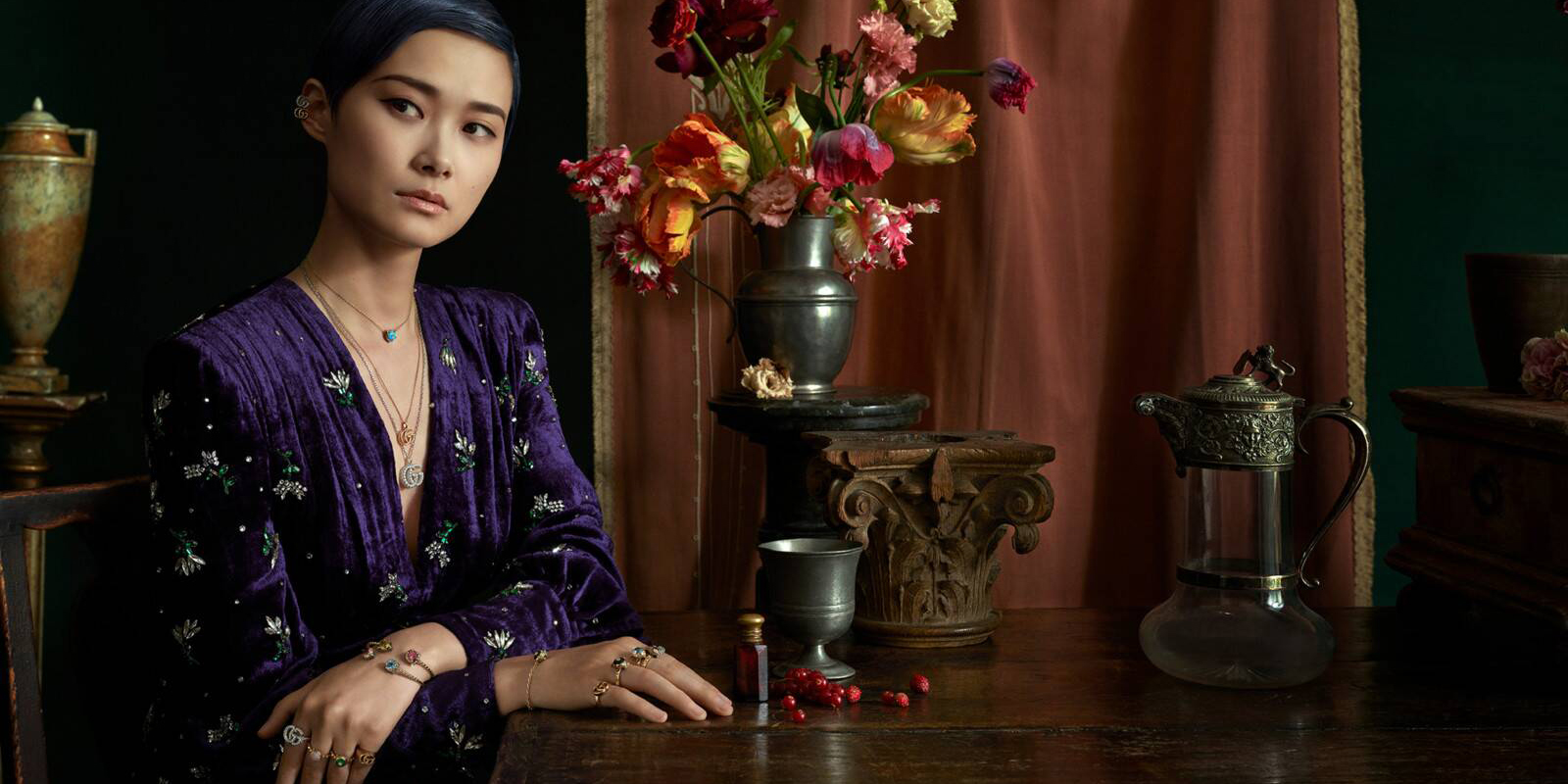 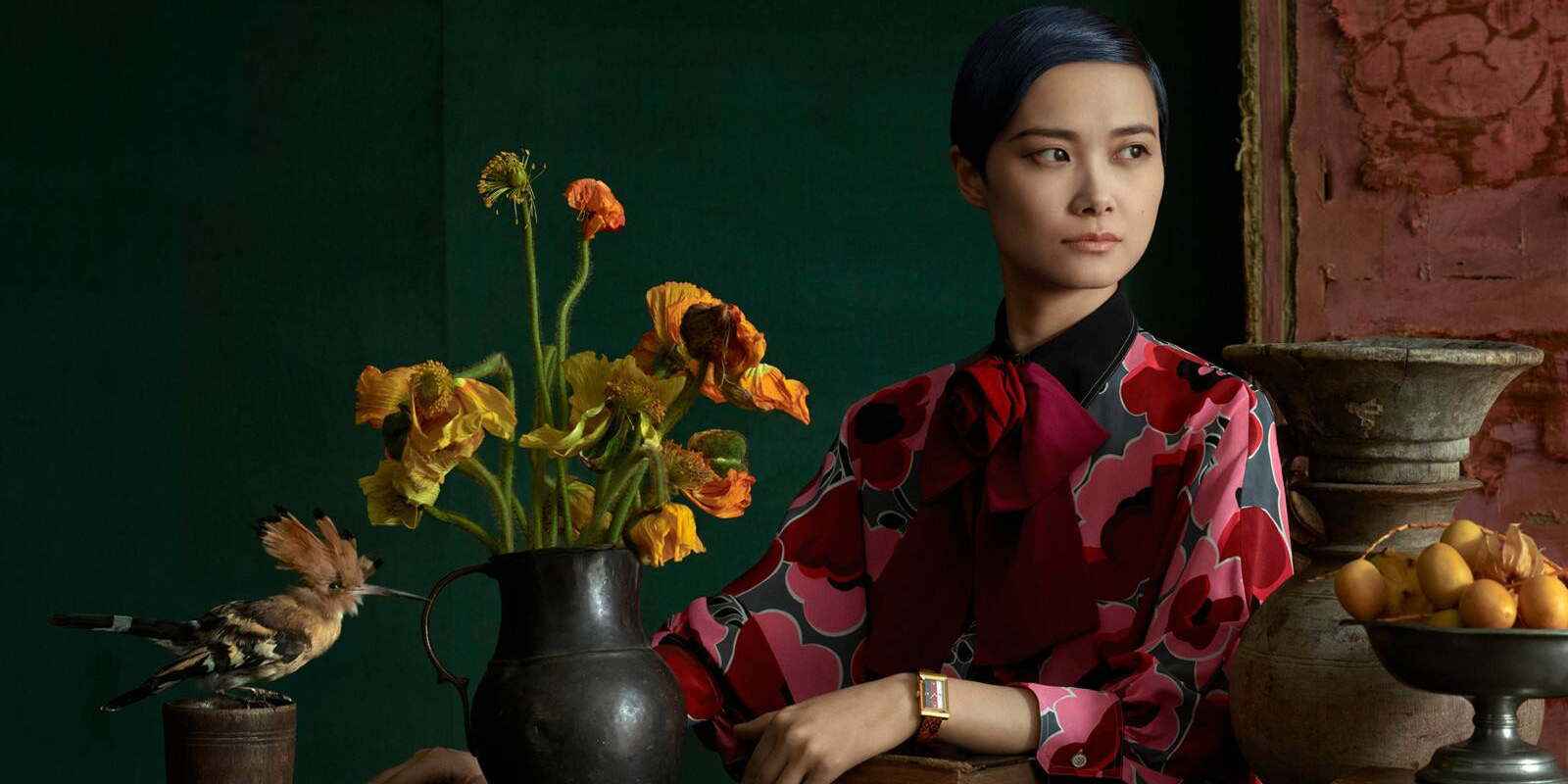 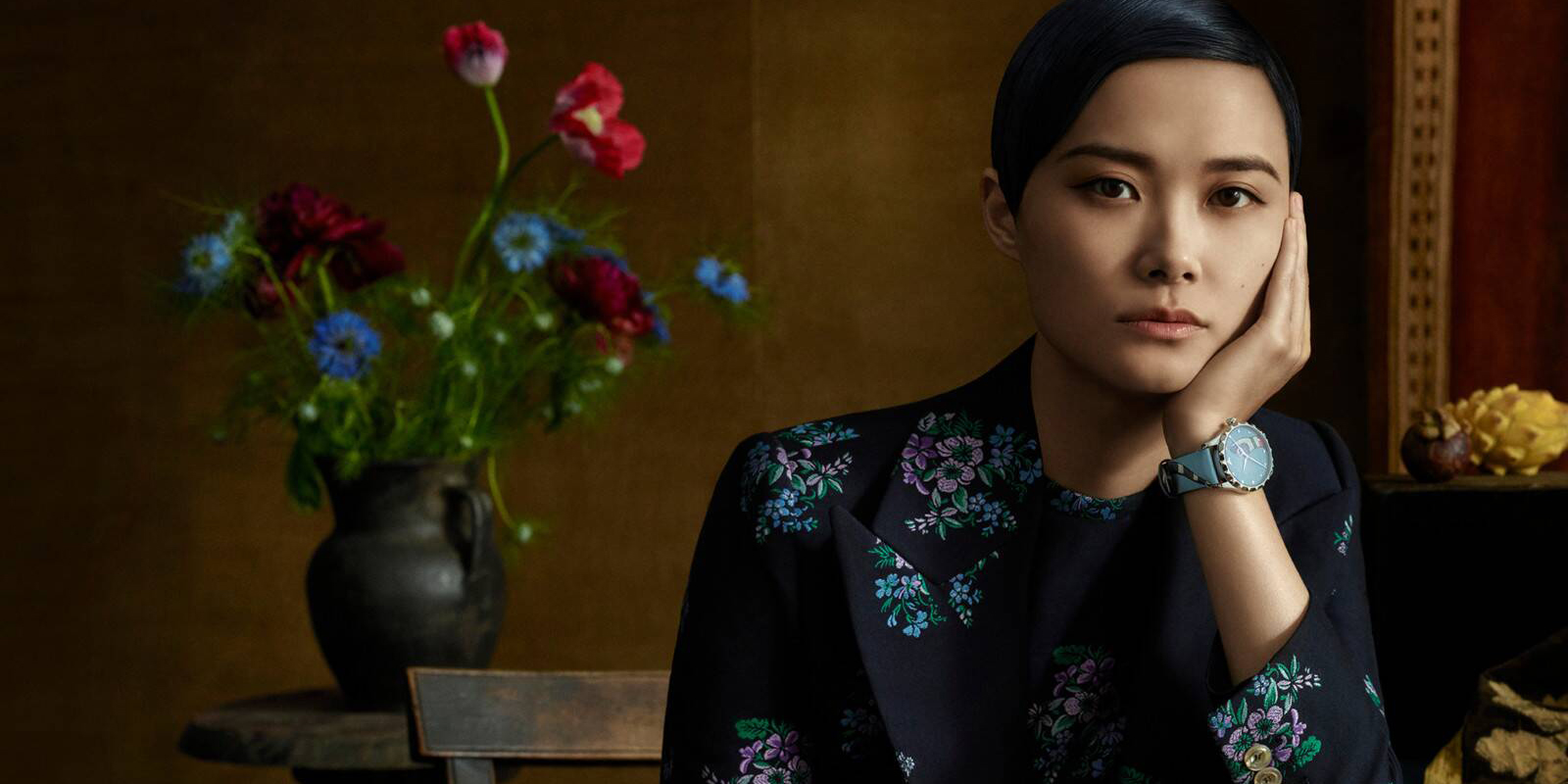 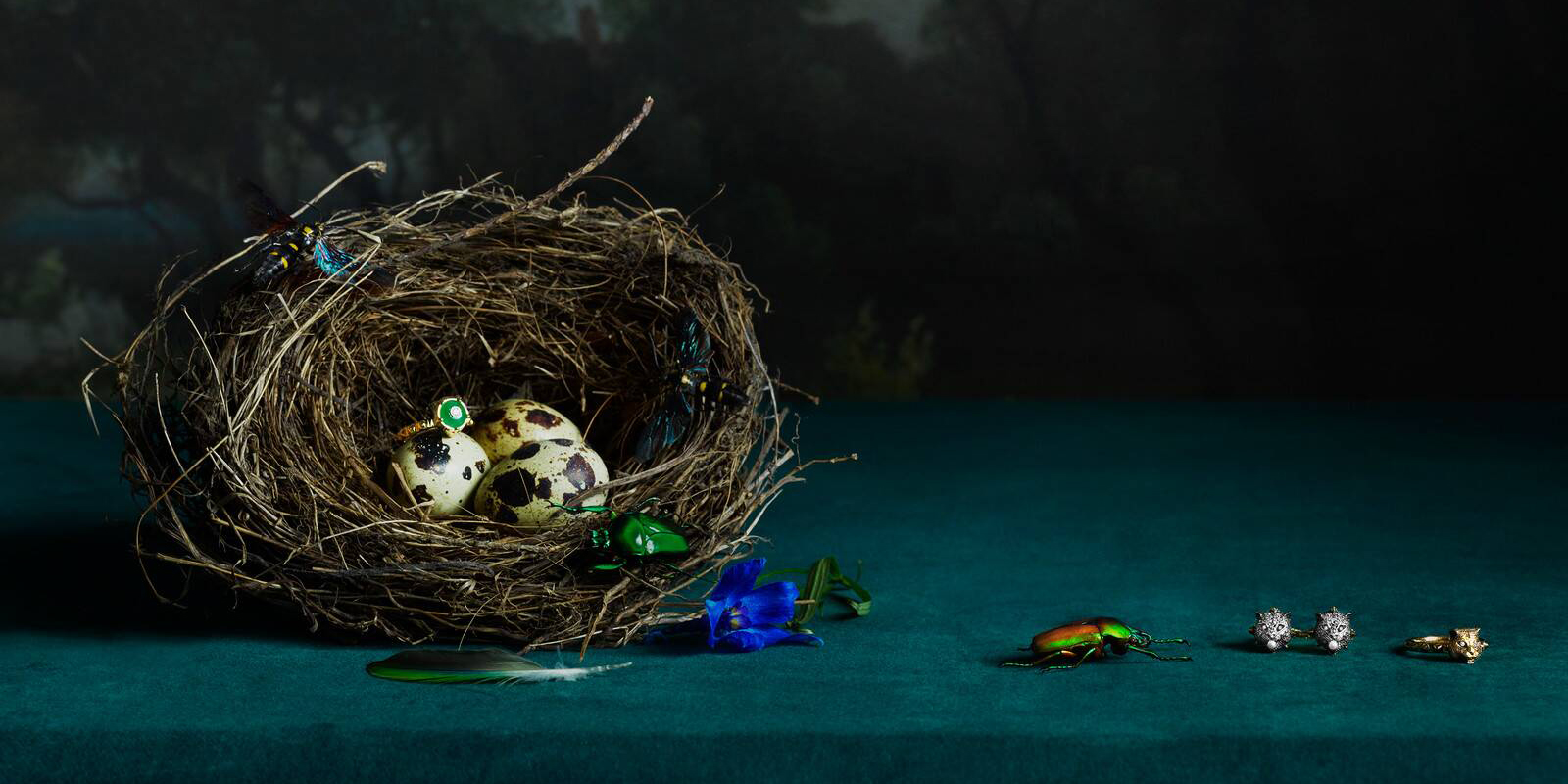 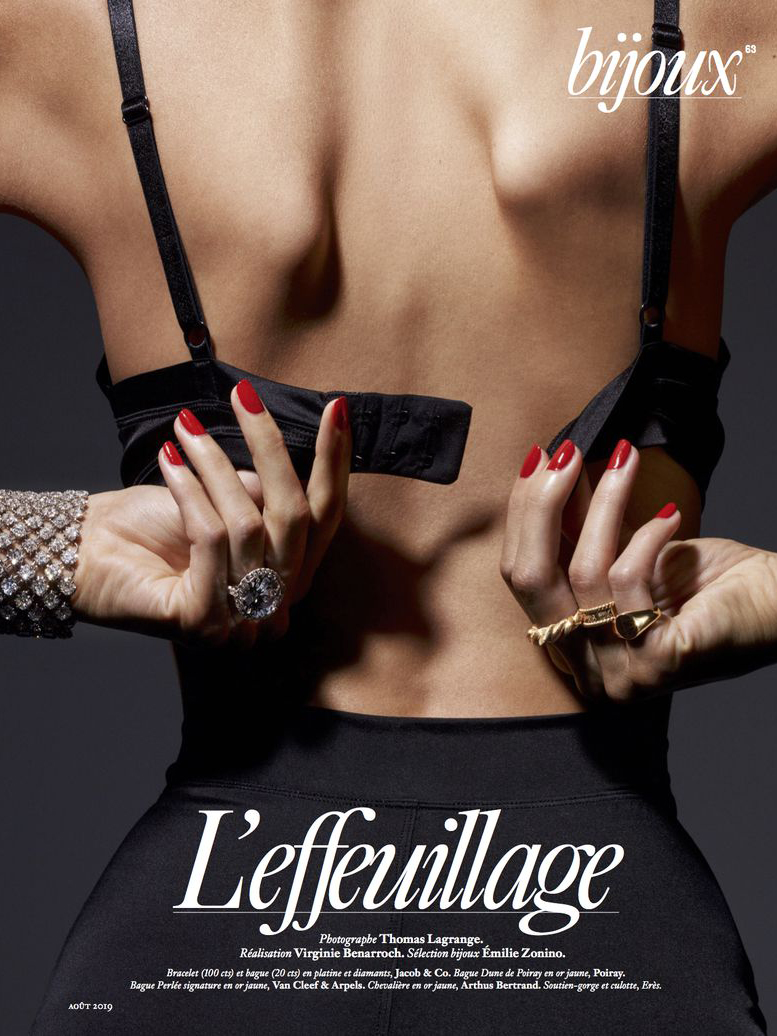 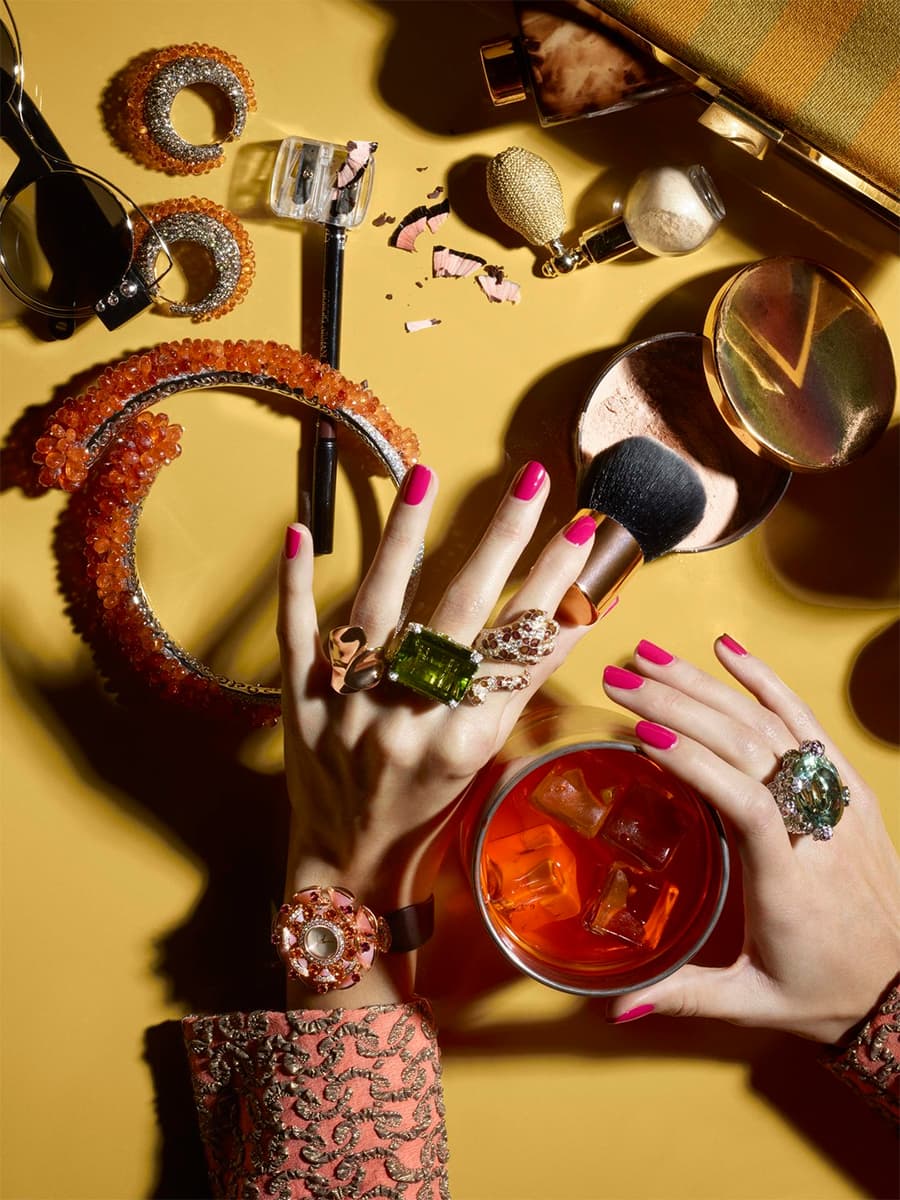 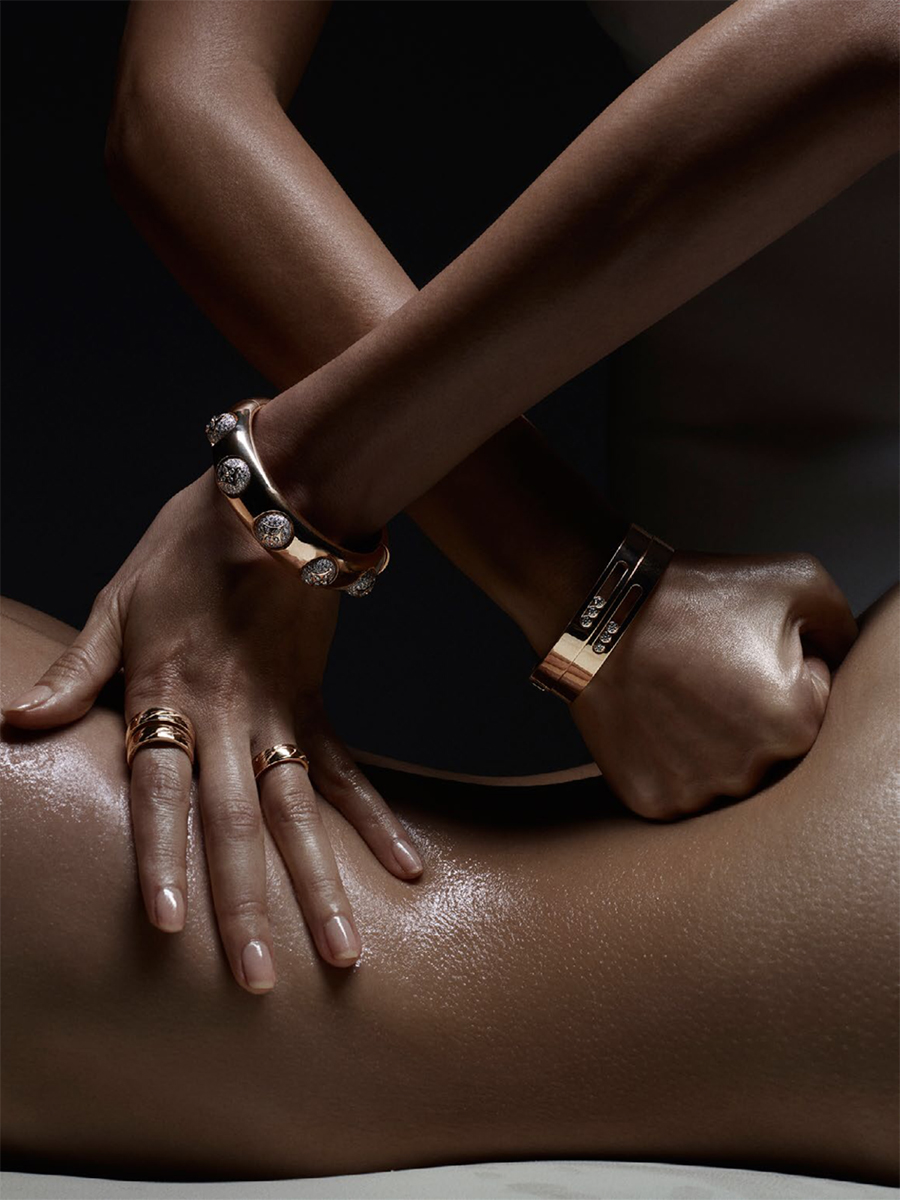 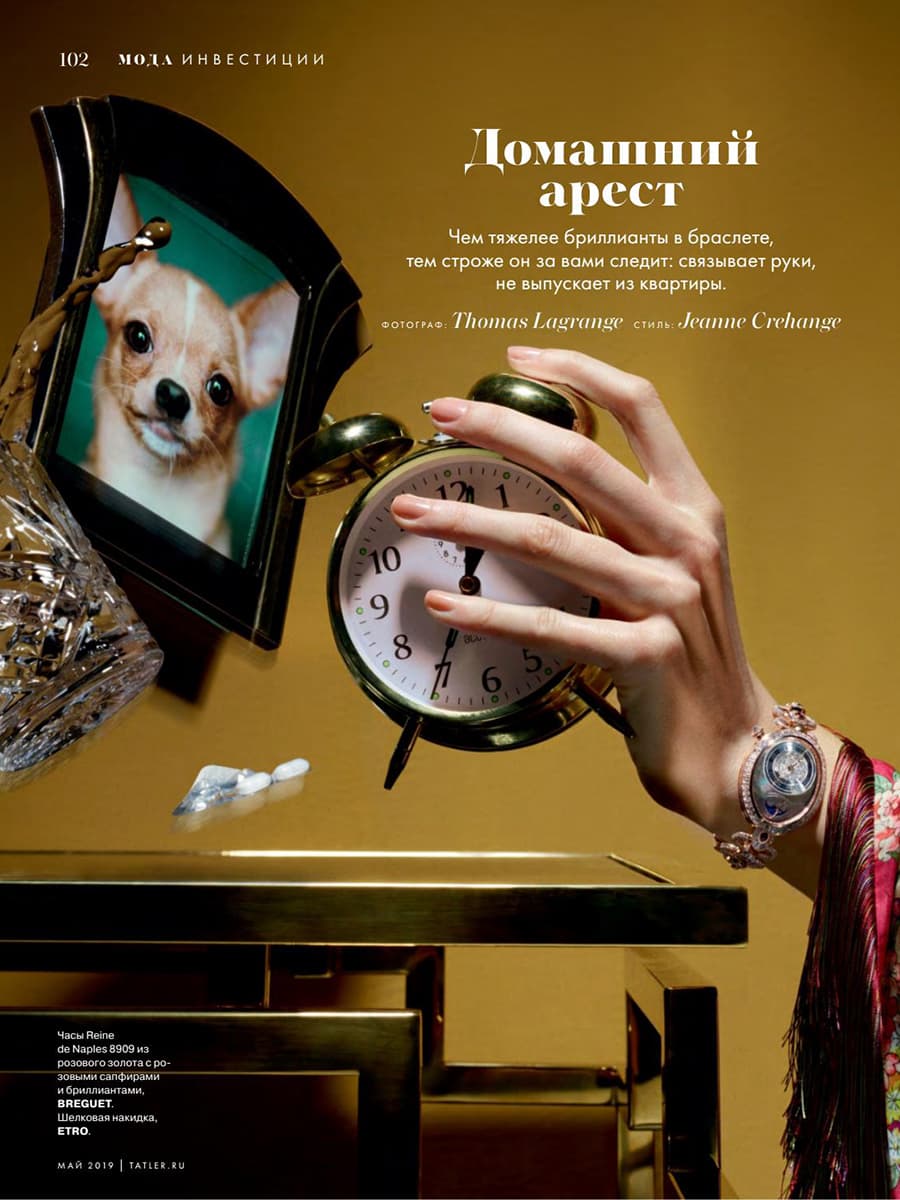 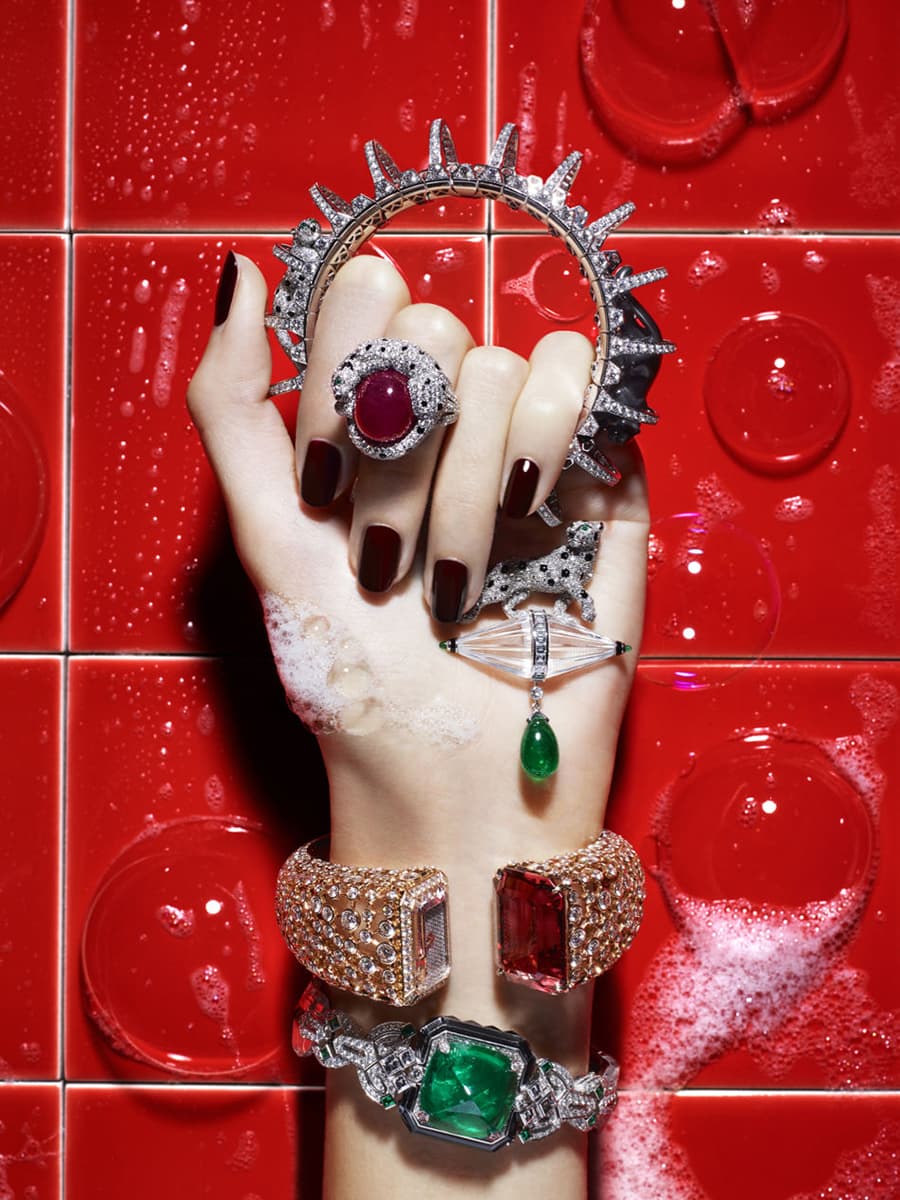 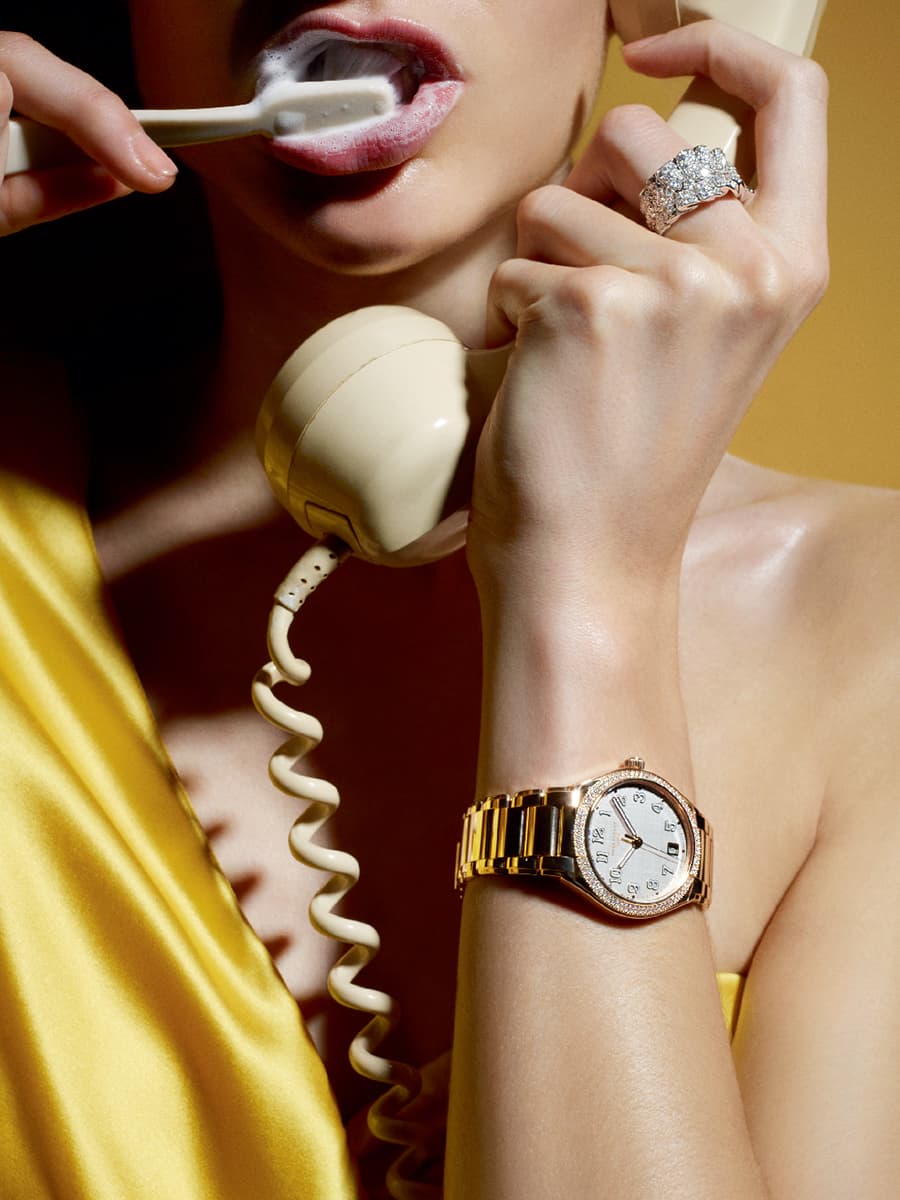 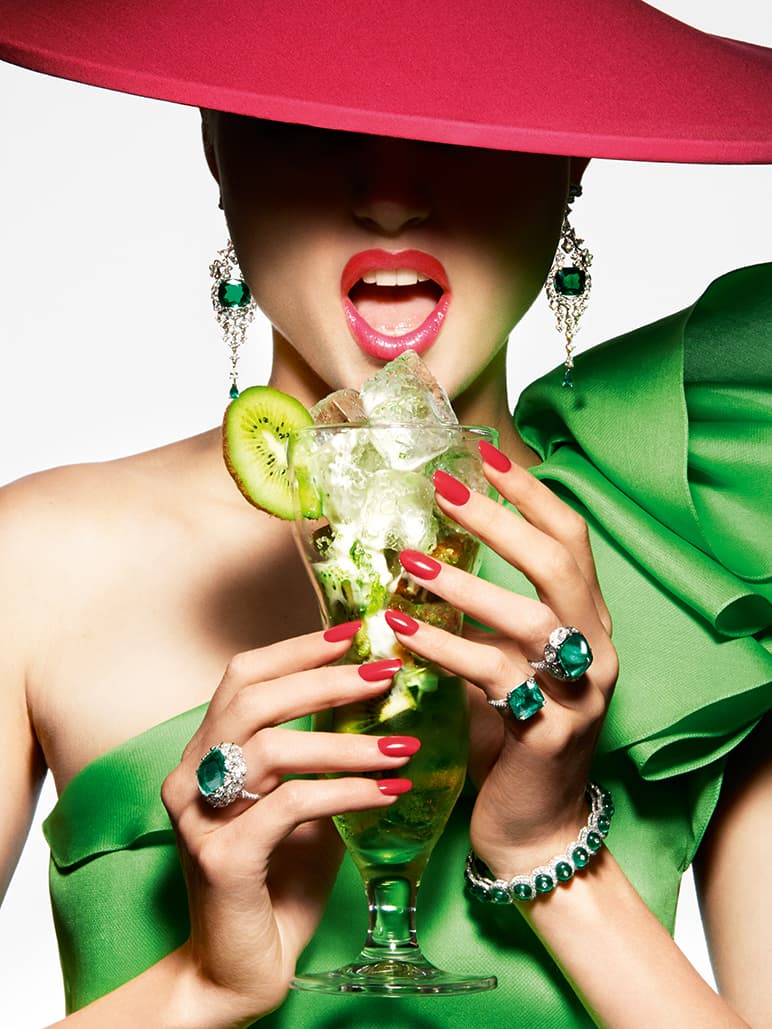 Born and raised in France, Thomas Lagrange studied photography at the renowned California Center for the Arts, after which he began his advertising career and worked as an art director in Paris. Constantly shooting his own photographs, he quickly came to the attention of Vogue Hommes, and so began his active collaboration with fashion magazines. Since then, Thomas has worked for Vogue Paris, as well as German, Japanese, Russian and Chinese Vogue. He has also shot ad campaigns for jewellery brands such as Louis Vuitton, Chloe Fragrance, Miu Miu and Bally. The style of his photography is instantly recognisable thanks to his unexpected subjects and a courage that borders on irreverence. “The imaginary life that I come up with for every object I shoot springs from the endlessly taut thread of my childhood,” Lagrange admits in one of his interviews, recalling women from the French countryside, where he spent his early years. “Their bags, their shoes and their lipstick were all weapons in their hands.” 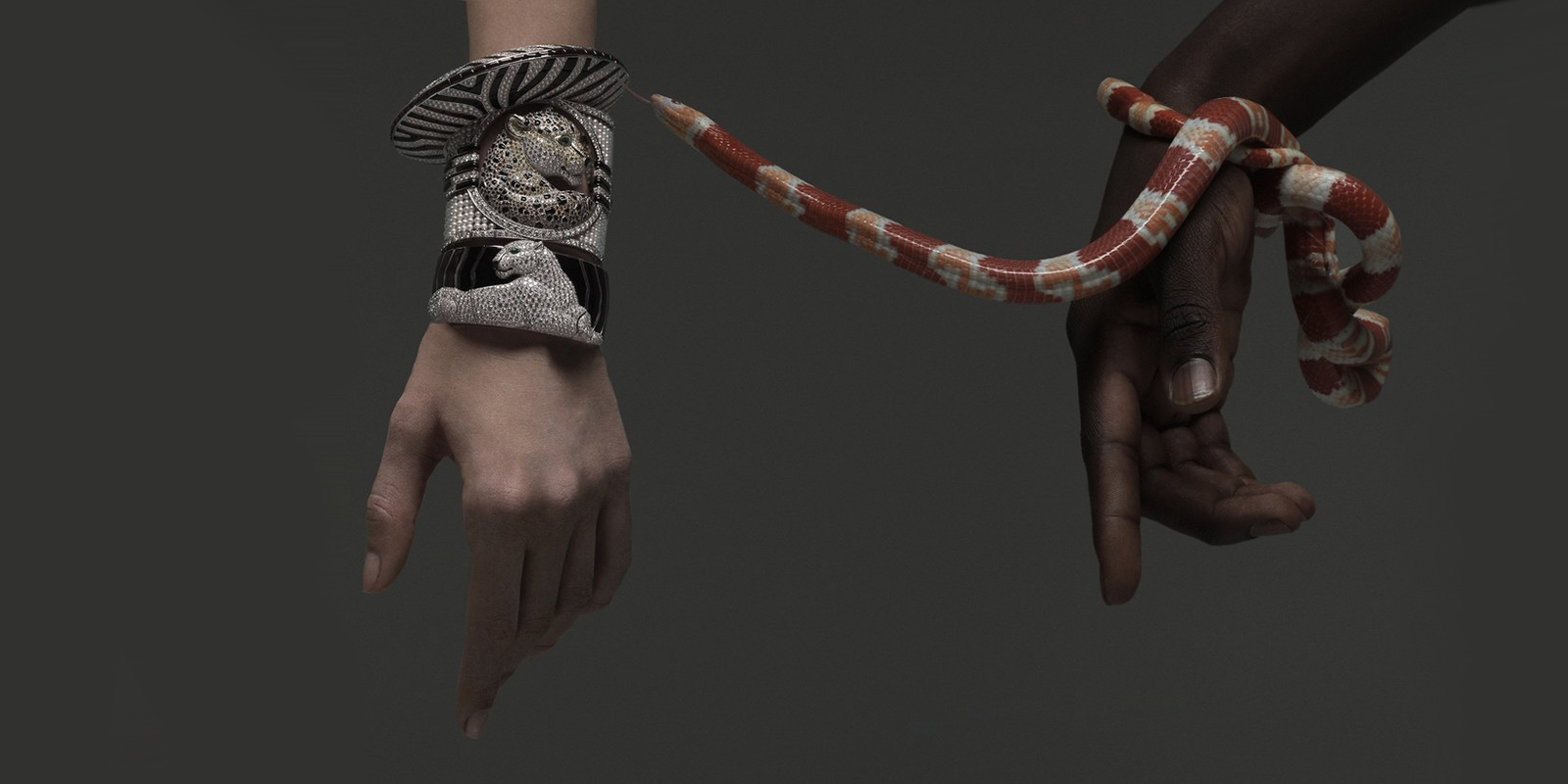 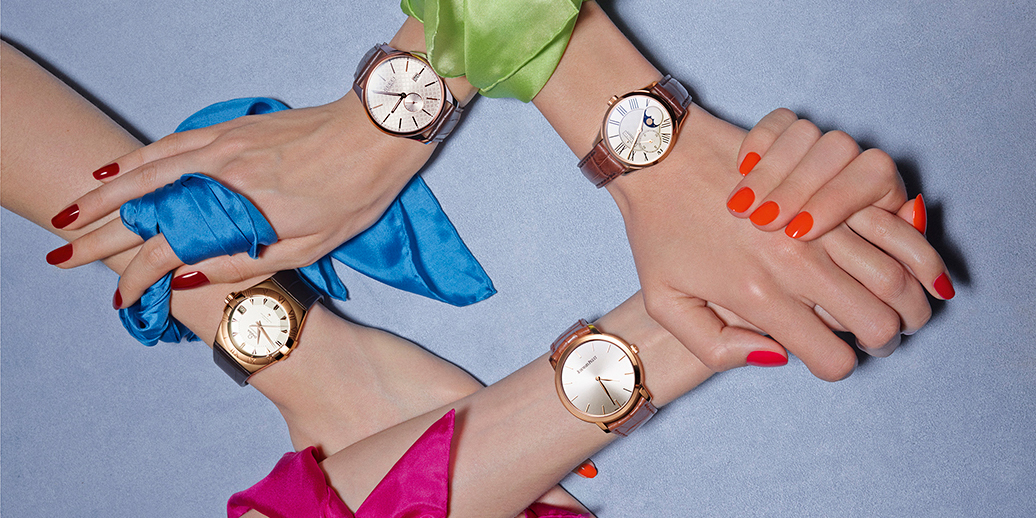 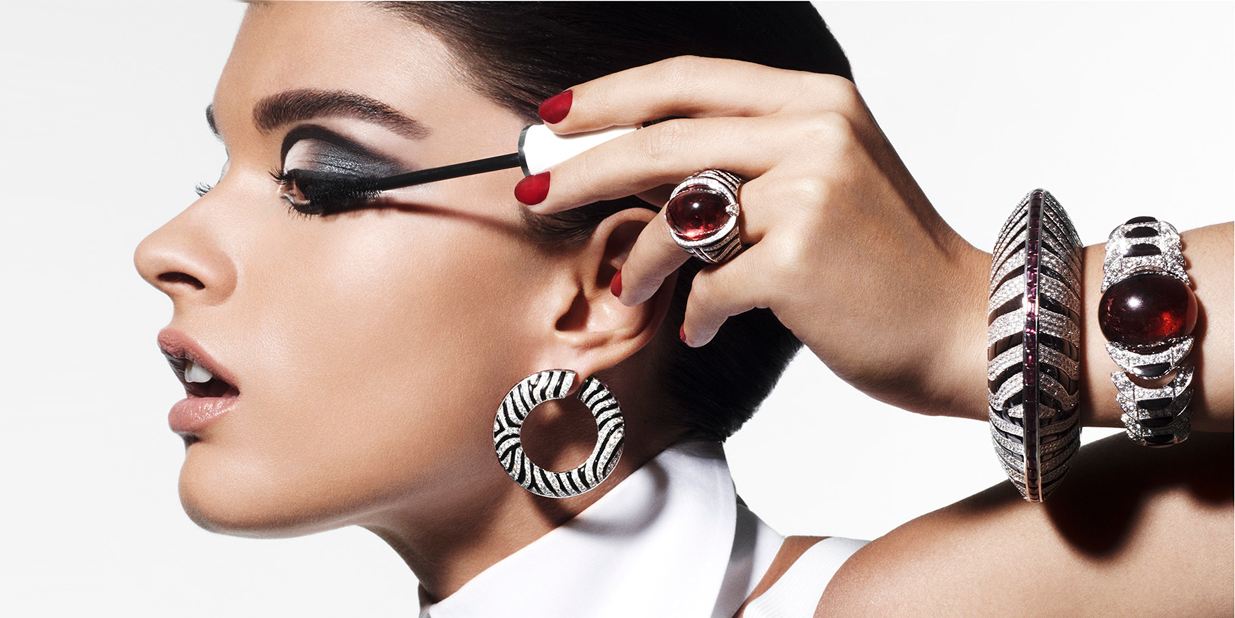 Matthew Shave is a renowned London photographer and filmmaker. His love of photography was sparked as a child when his father started taking family pictures with a Polaroid camera. He was soon fascinated by the magical process of photography, of waiting for the Polaroid to reveal itself fully in these instant images.

Matthew studied graphic design at Exeter College of Art and then earned his MA from Central Saint Martin’s College of Art and Design. His ability to switch seamlessly between beauty, fashion and still-life photography has enabled him to shoot and direct advertising campaigns for many prestigious brands, with his work appearing regularly in luxury editorials around the world. Among his jewellery clients are big-brand names including Chanel, Chopard, David Morris, De Beers, Fabergé, Graff and Rolex. 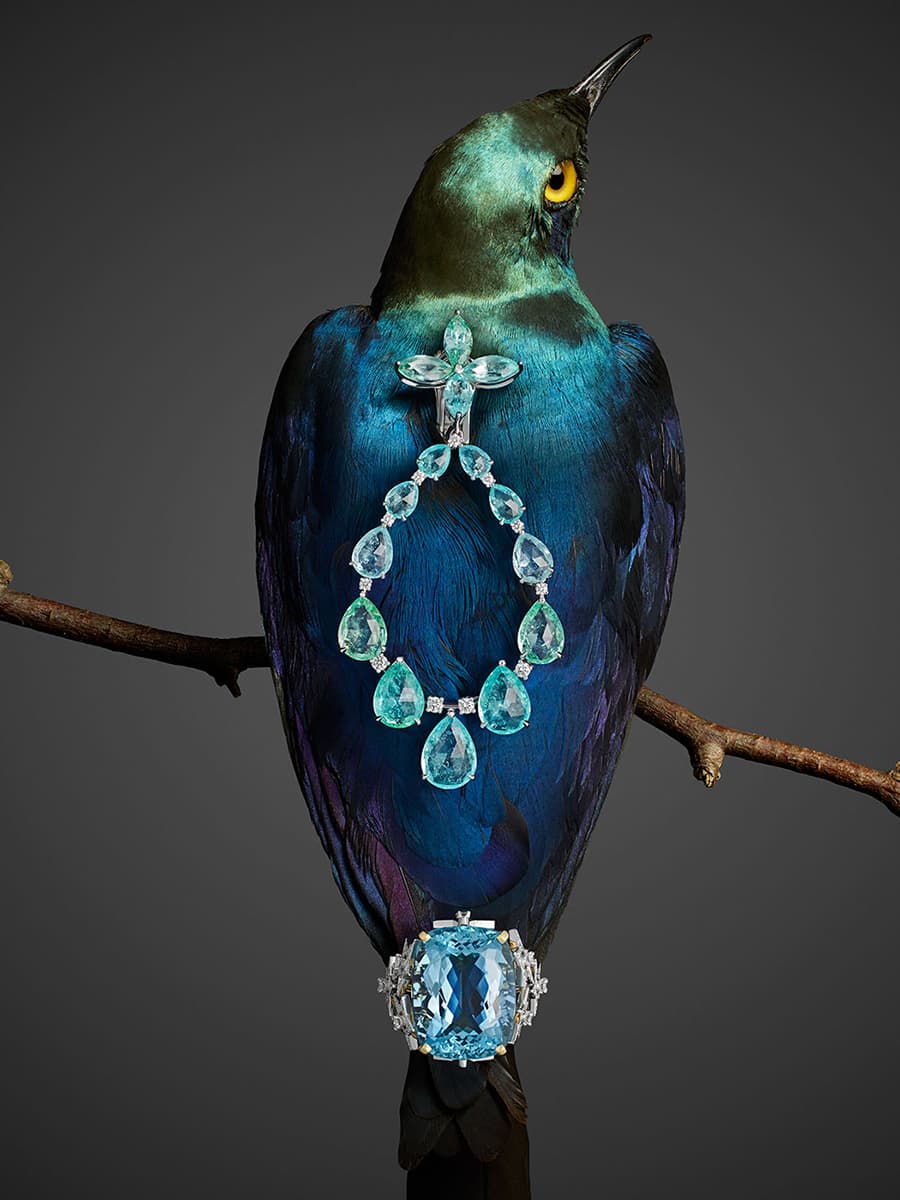 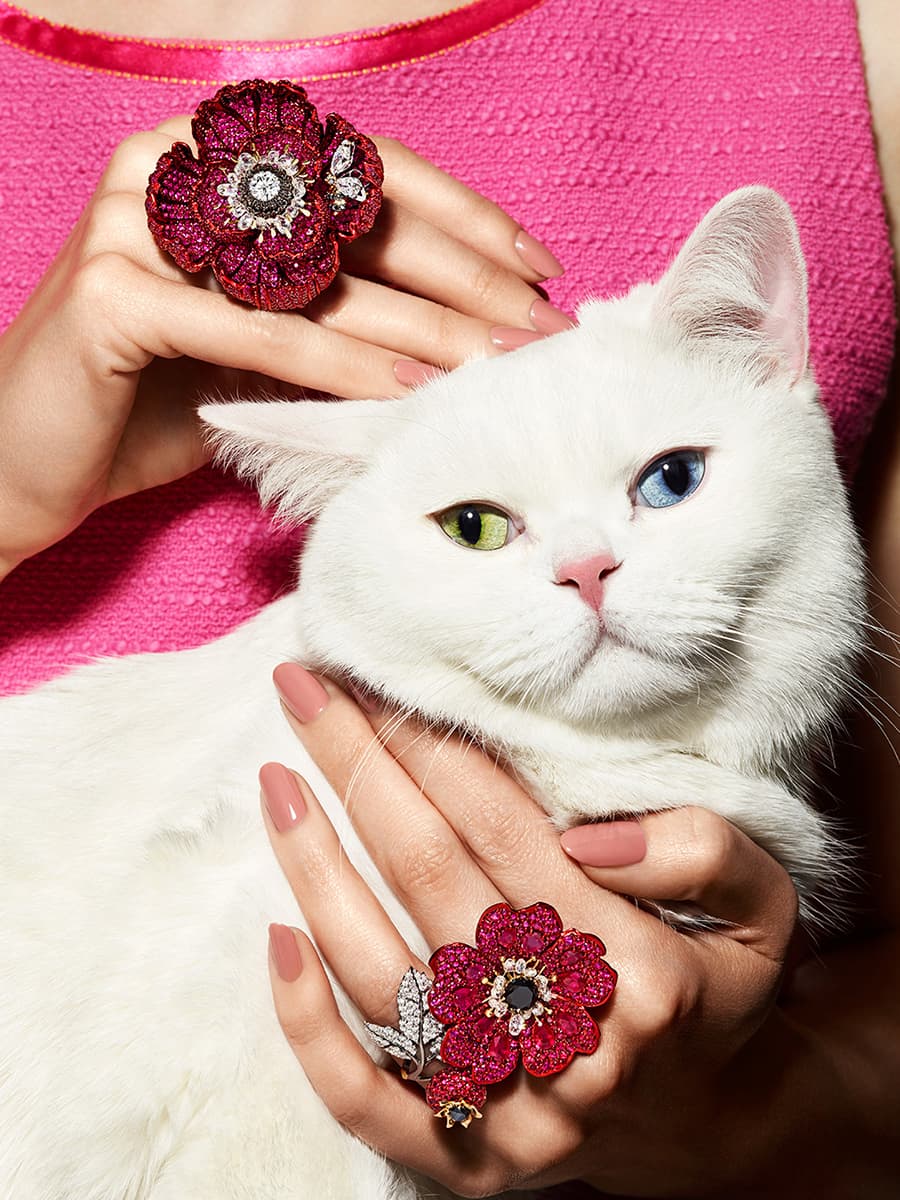 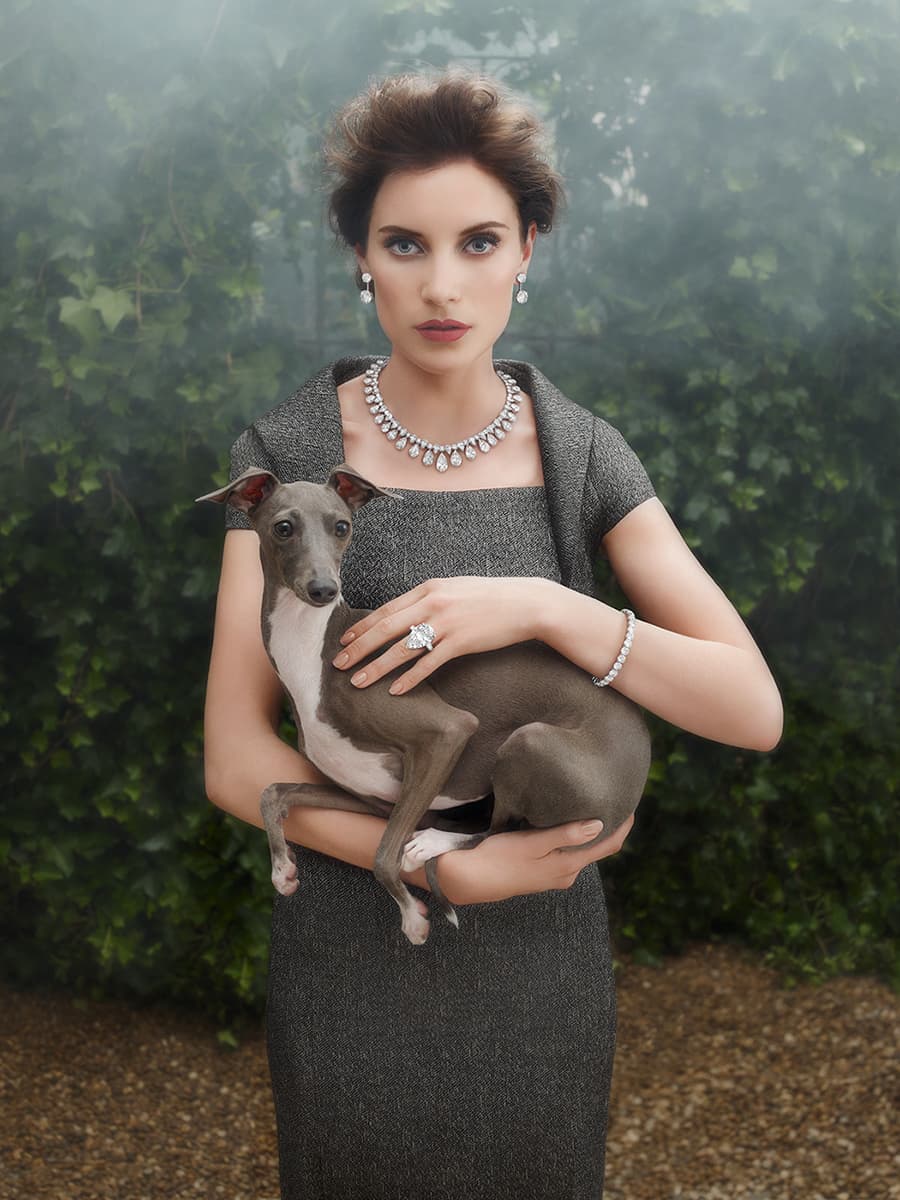 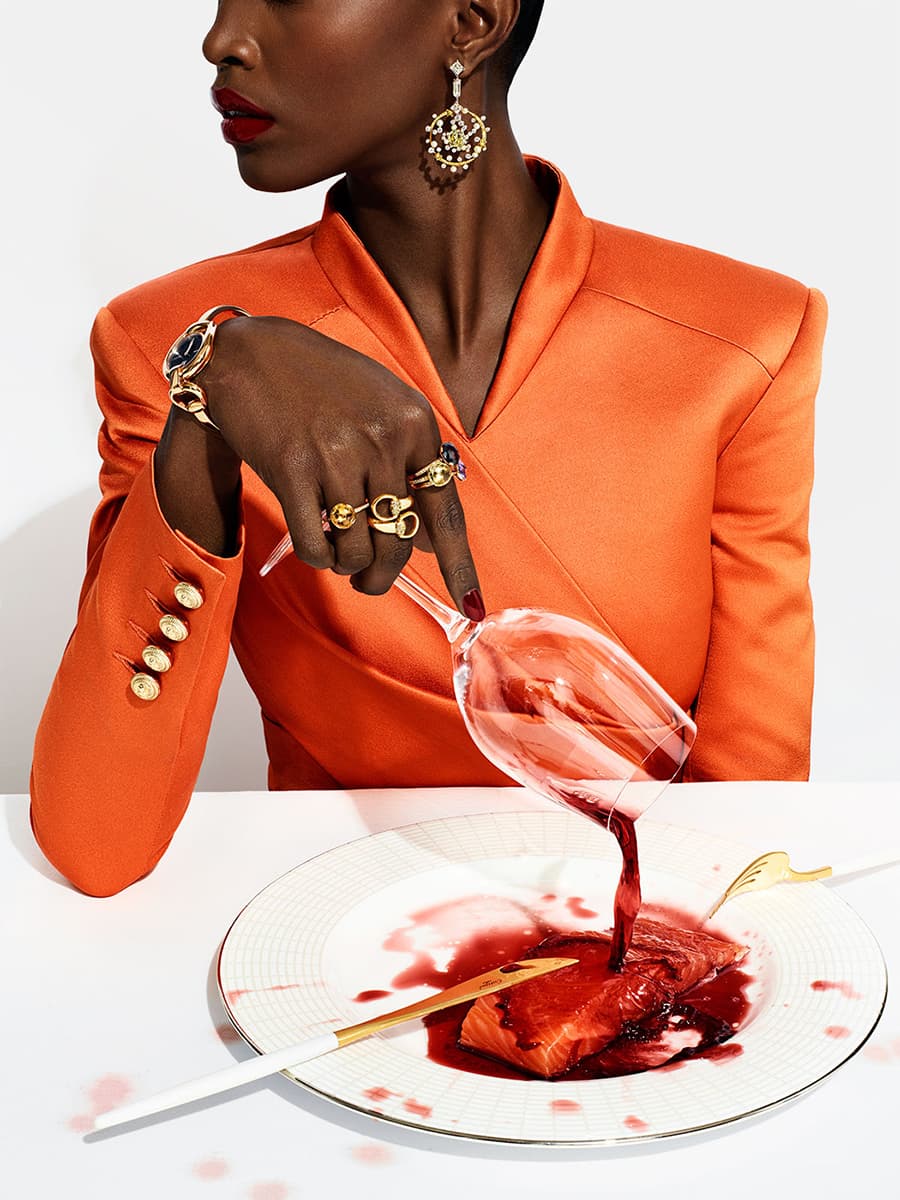 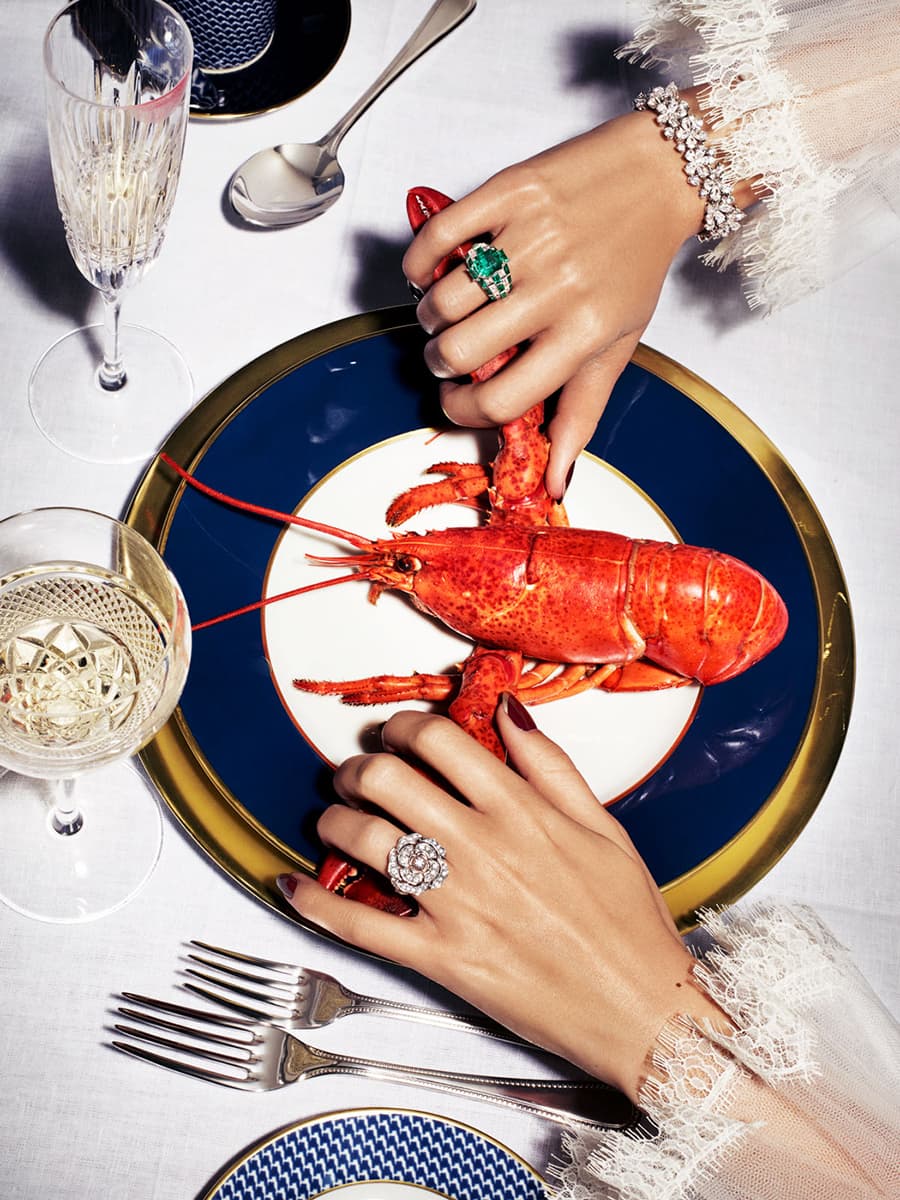 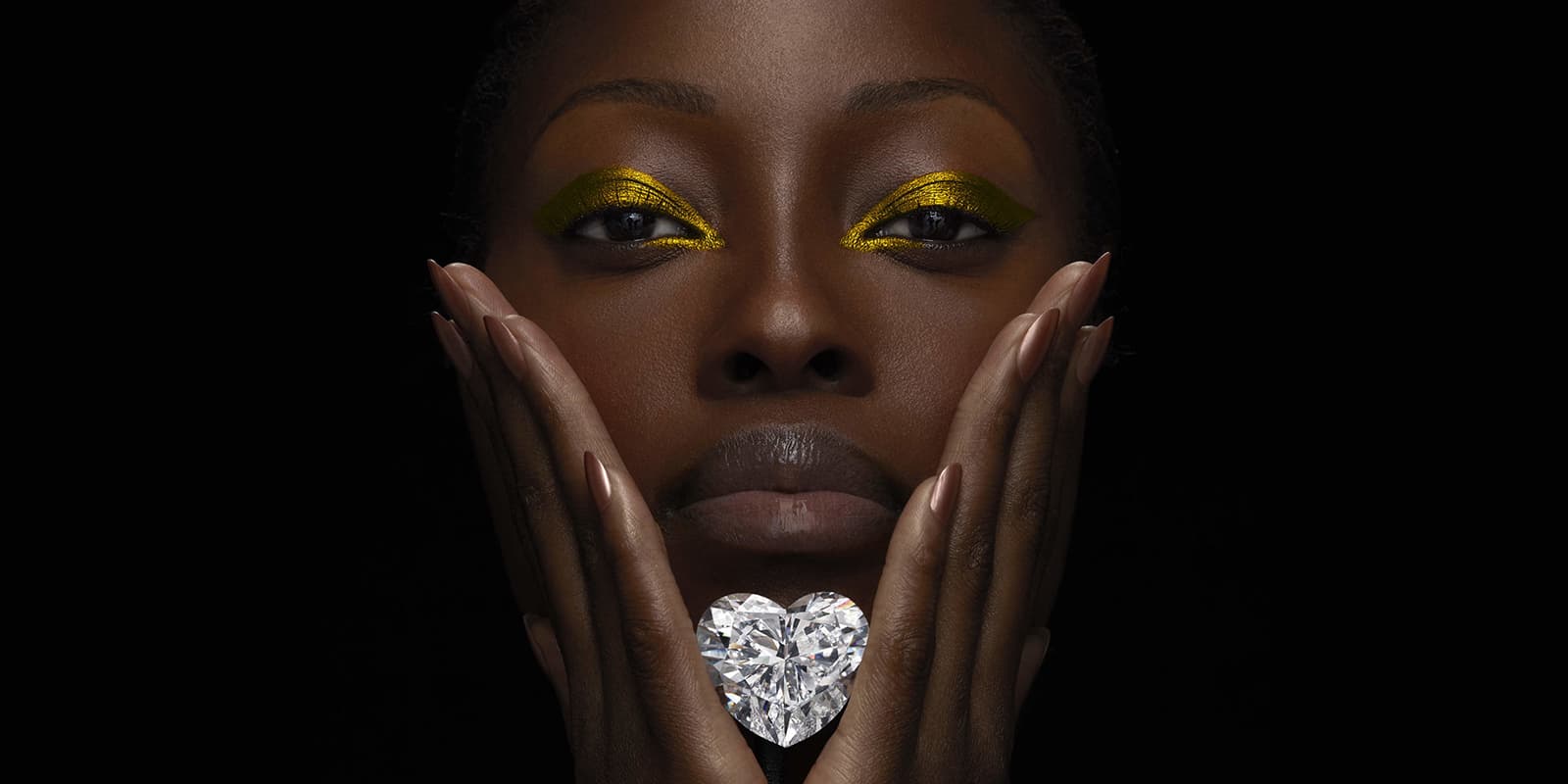 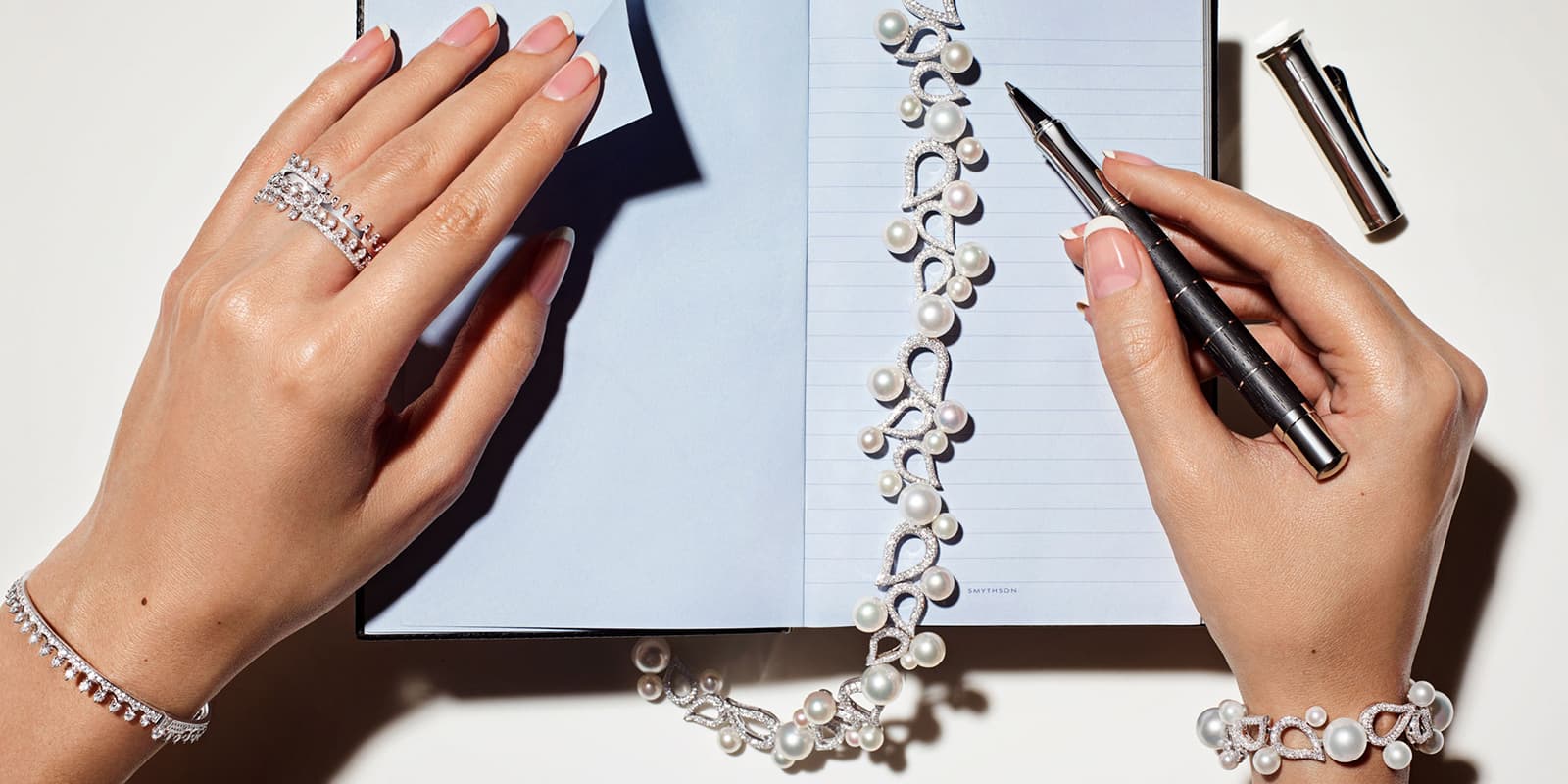 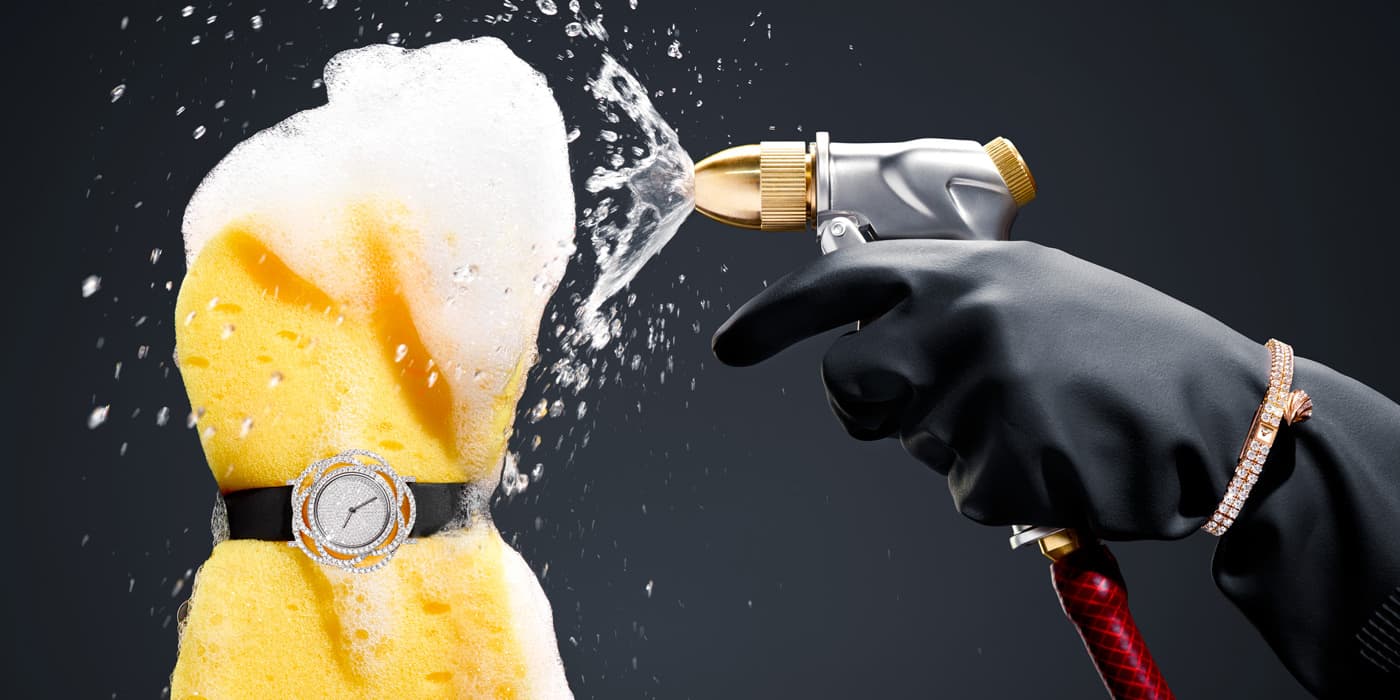 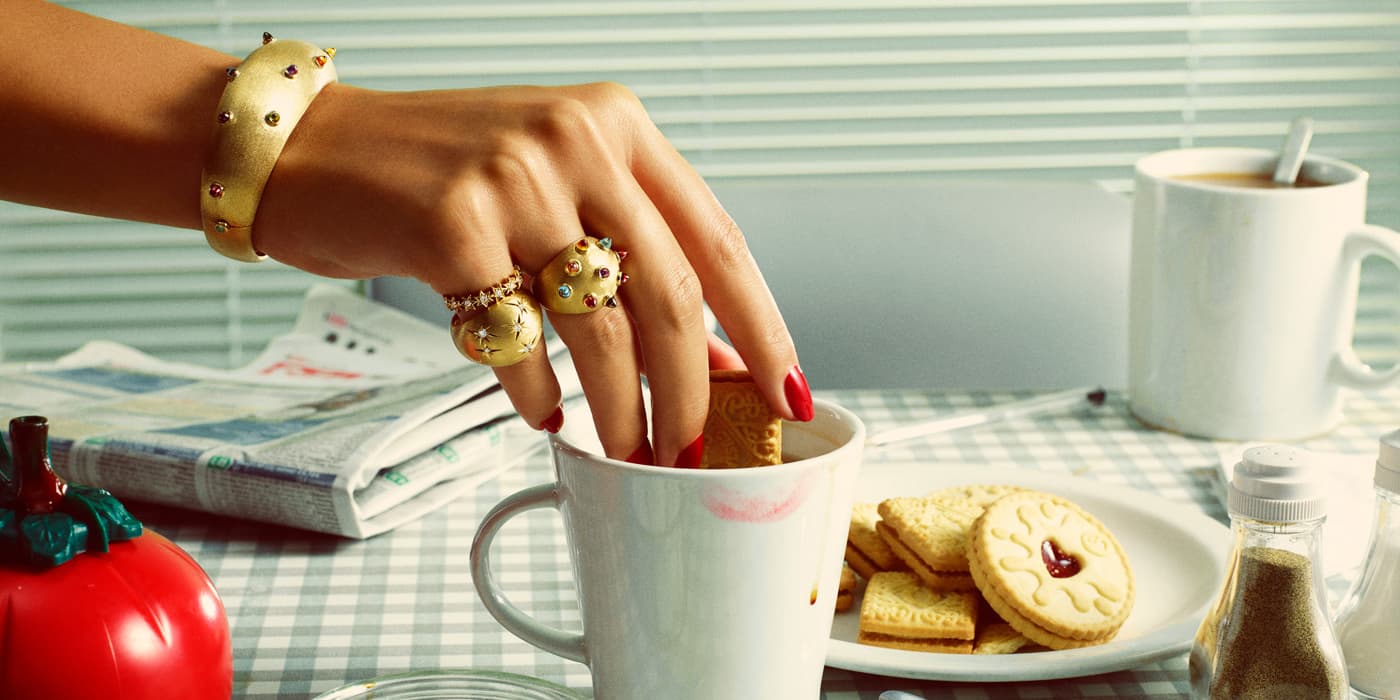 You can see for yourself how photography is able to create the mood of a piece of jewellery. Research shows that we receive between 80% and 90% of our information visually, which is why, even in this era of selfies and Instagram, the singularly unique and original work of photographers with a clear creative vision remains as vital as ever.