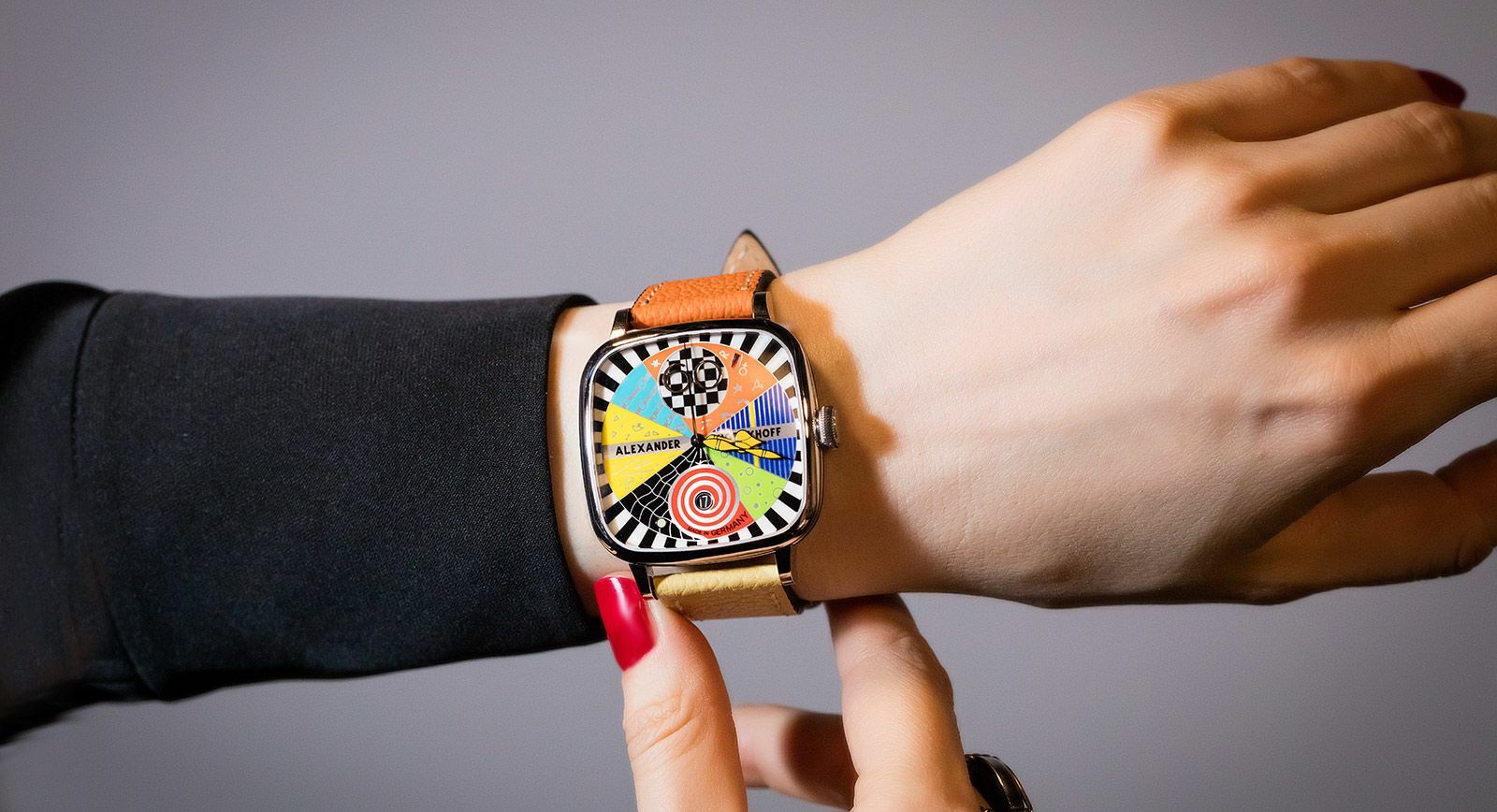 One of the most striking things about the new watch collections presented this year is the focus on conceptual art and design. This became apparent after visiting the biggest watch fair of the year – Baselworld - where independent watchmakers showcased their work at a specially designated ‘Les Ateliers’ area.

In particular, they eschewed the idea of beauty for beauty’s sake, and instead applied deeper meaning to their design choices. Here, I chose 5 ‘Les Ateliers’ exhibitors whose work impressed me the most.

For many watch manufacturers, design is equally as important as the intricate complications of the watch movement, and a good example of this was displayed at the MB&F M.A.D. (Mechanical Art Devices) gallery. A number of visually intriguing pieces that represented unique Horological Machines and Mechanical Art Devices were showcased in the salon, but I was most captivated by Gaby Wormann’s art. The artist created oversized insects which looked anatomically perfect, but upon closer inspection I noticed the horological cogs and wheels inside the ‘bugs’ which have been repurposed in the most delicate and beautiful way. 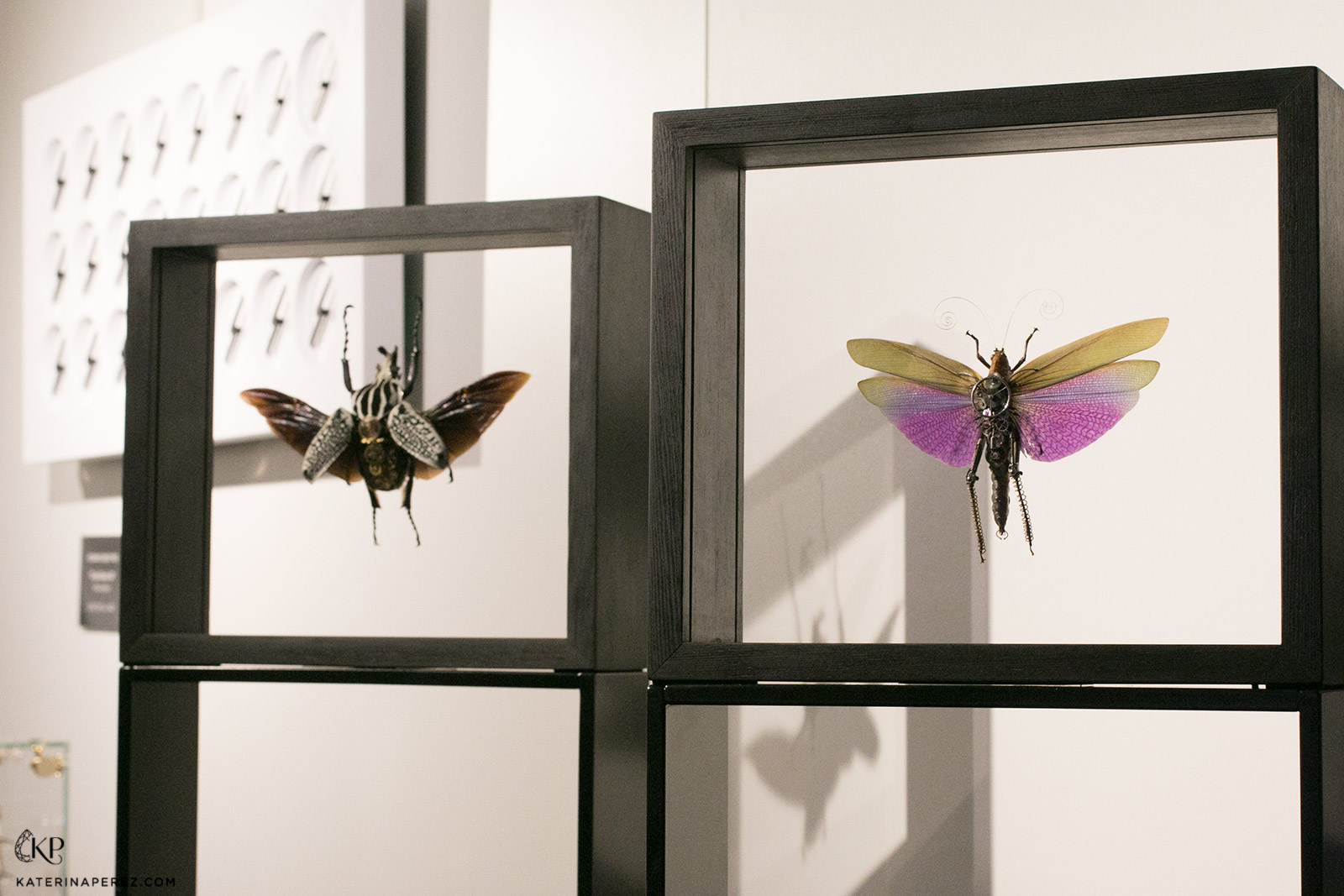 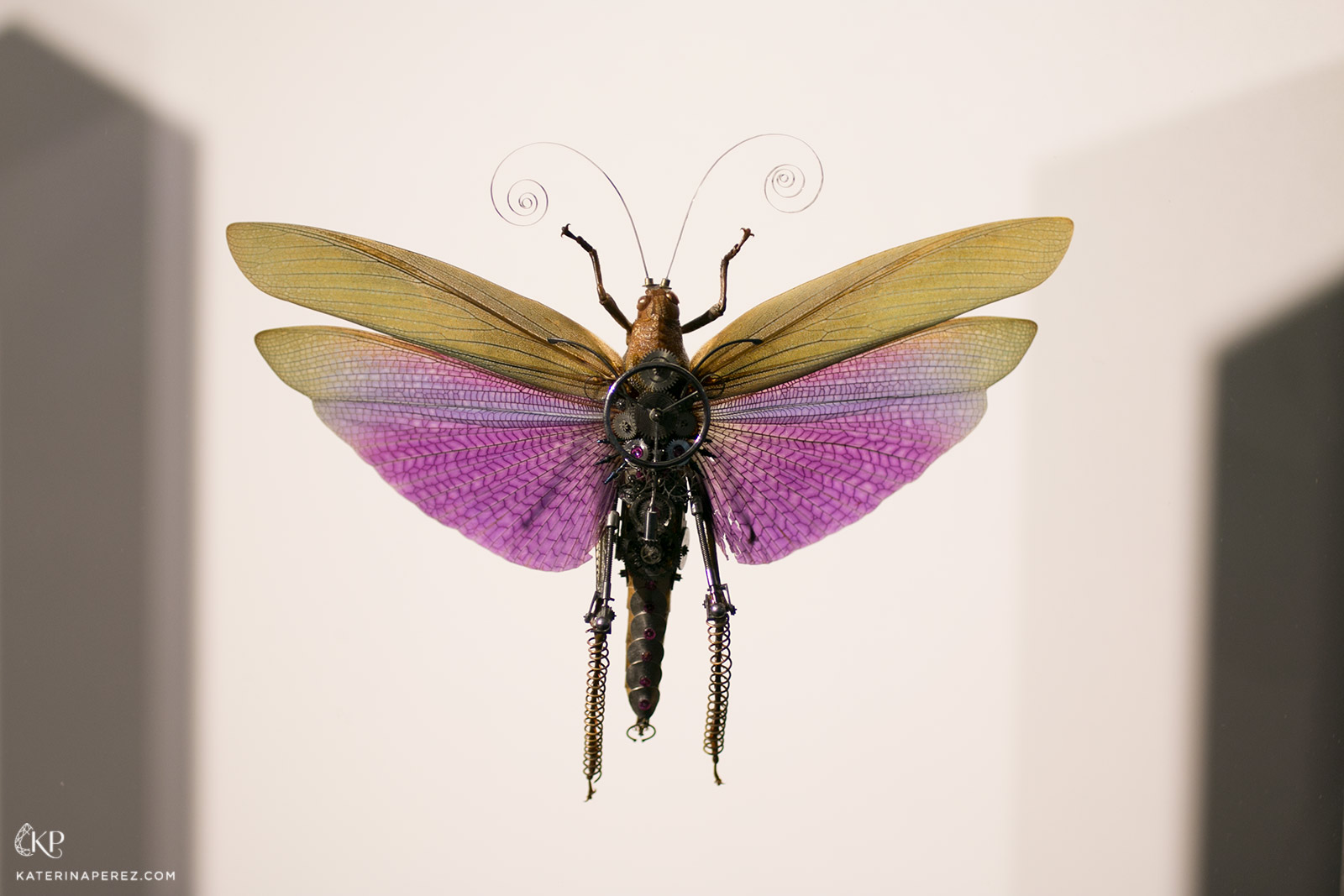 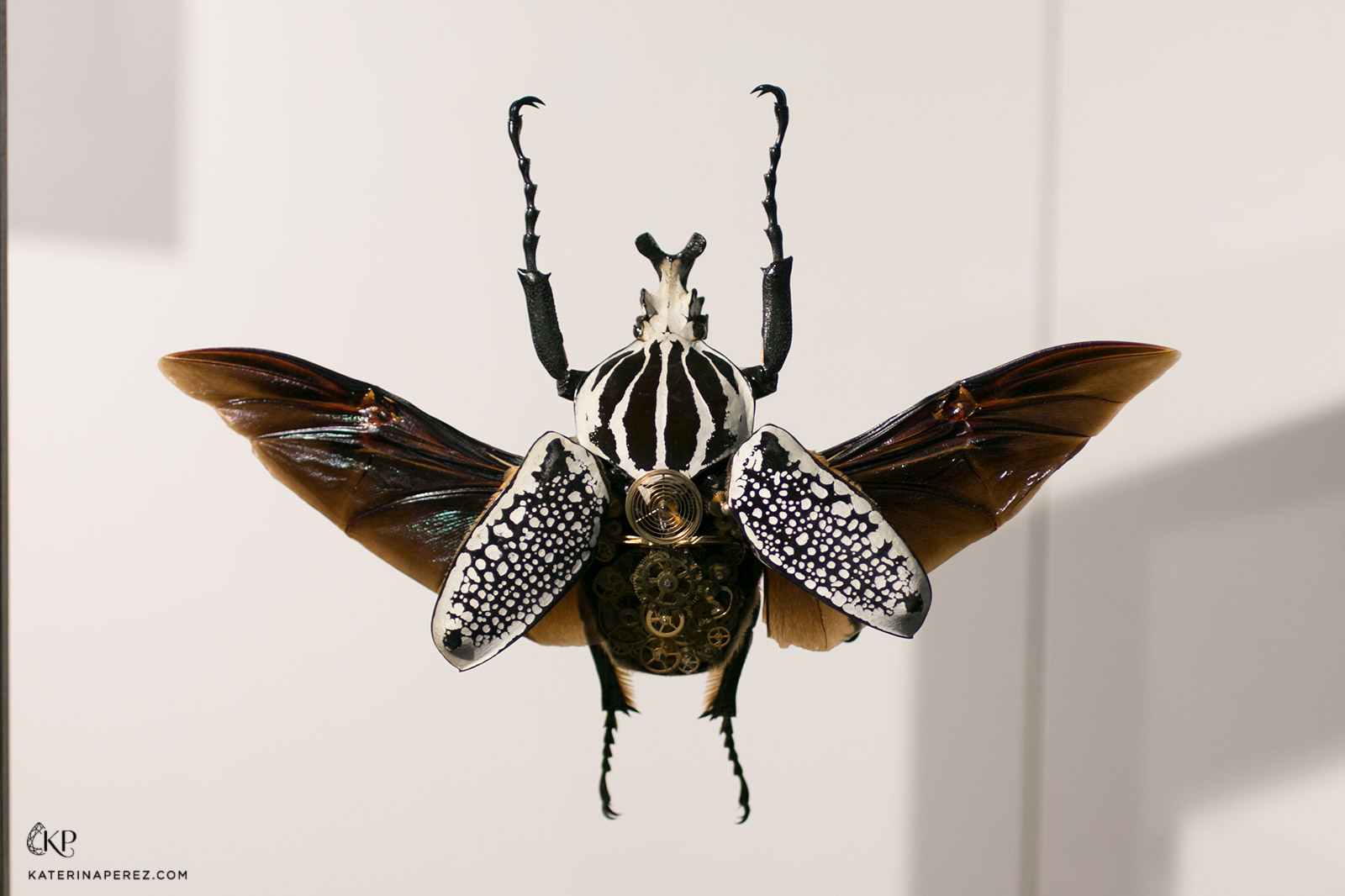 Another fascinating brand that I discovered in the ‘Les Ateliers’ area was Kerbedanz. This is a relatively young brand that have been producing watches since 2015, and who only create 150 pieces a year. Two thirds of their production is dedicated to bespoke pieces for their dedicated customer base across the world. The heavily embellished jewellery watches which the brand creates are a testament to the in-house craftsmanship that is celebrated by the Swiss brand. For this year’s novelty they have introduced the ‘White Flowers’ model, featuring delicate flowers which look like Sakura, applied in cloisonné enamelled atop a mother of pearl dial. The watch is available in 42mm and 38mm models. 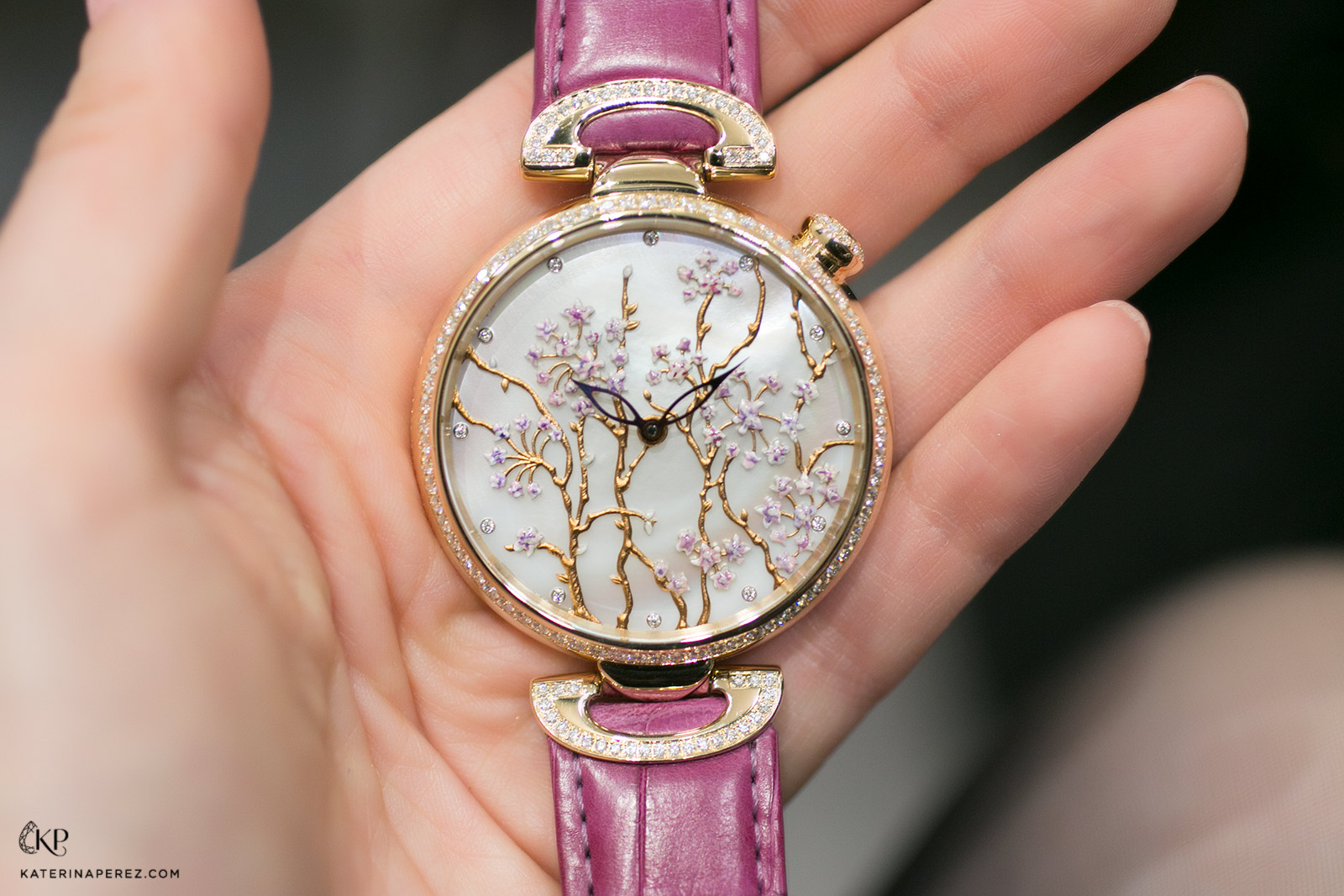 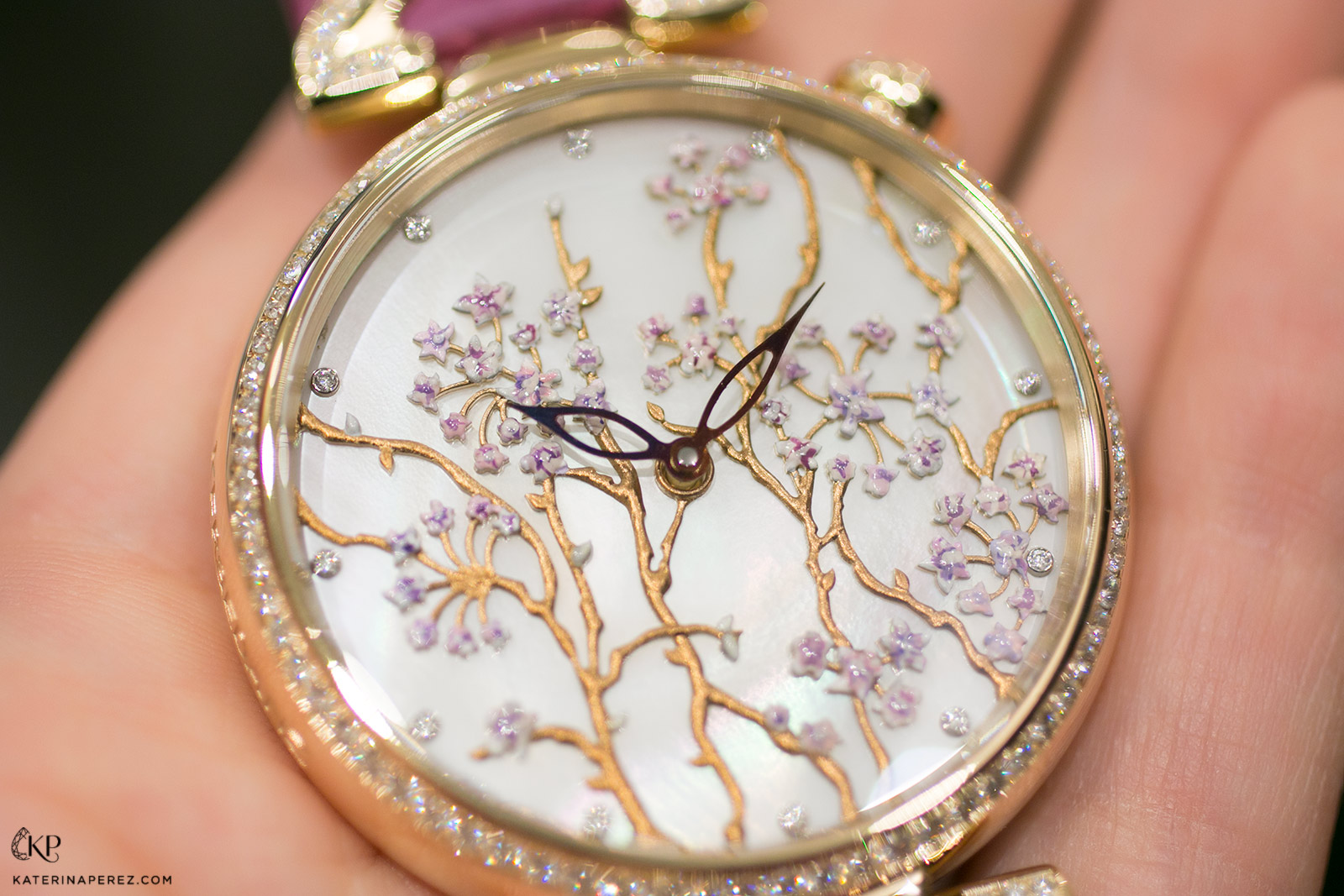 Giberg is Old High German for ‘treasure’ - and thus expresses the company's own creed: creating treasures for the future. Andreas Altmann, founder of Giberg, is in fact a professional jeweller, who takes precious materials and uses them to create large horological masterpieces which are hand crafted in Switzerland. This March I saw Giberg creations for the first time, and was instantly enchanted by the fusion between jewellery and watchmaking. It was most evident in their ‘Niura’ watch that was fully paved with colourless diamonds. As it turns our 2018 was Giberg’s first time exhibiting at Baselworld, and based on the quality and inventiveness of their designs, I hope it won’t be their last! 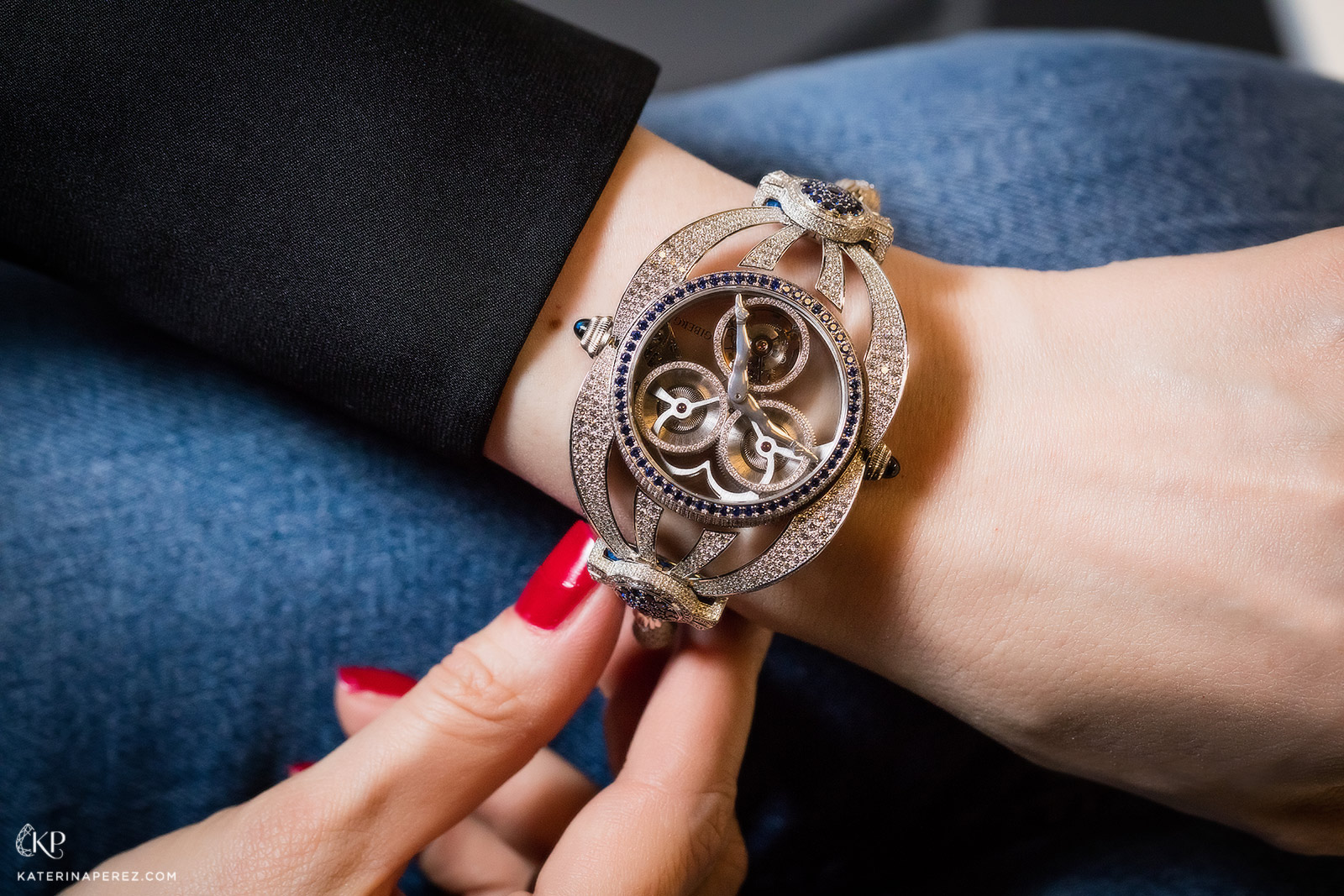 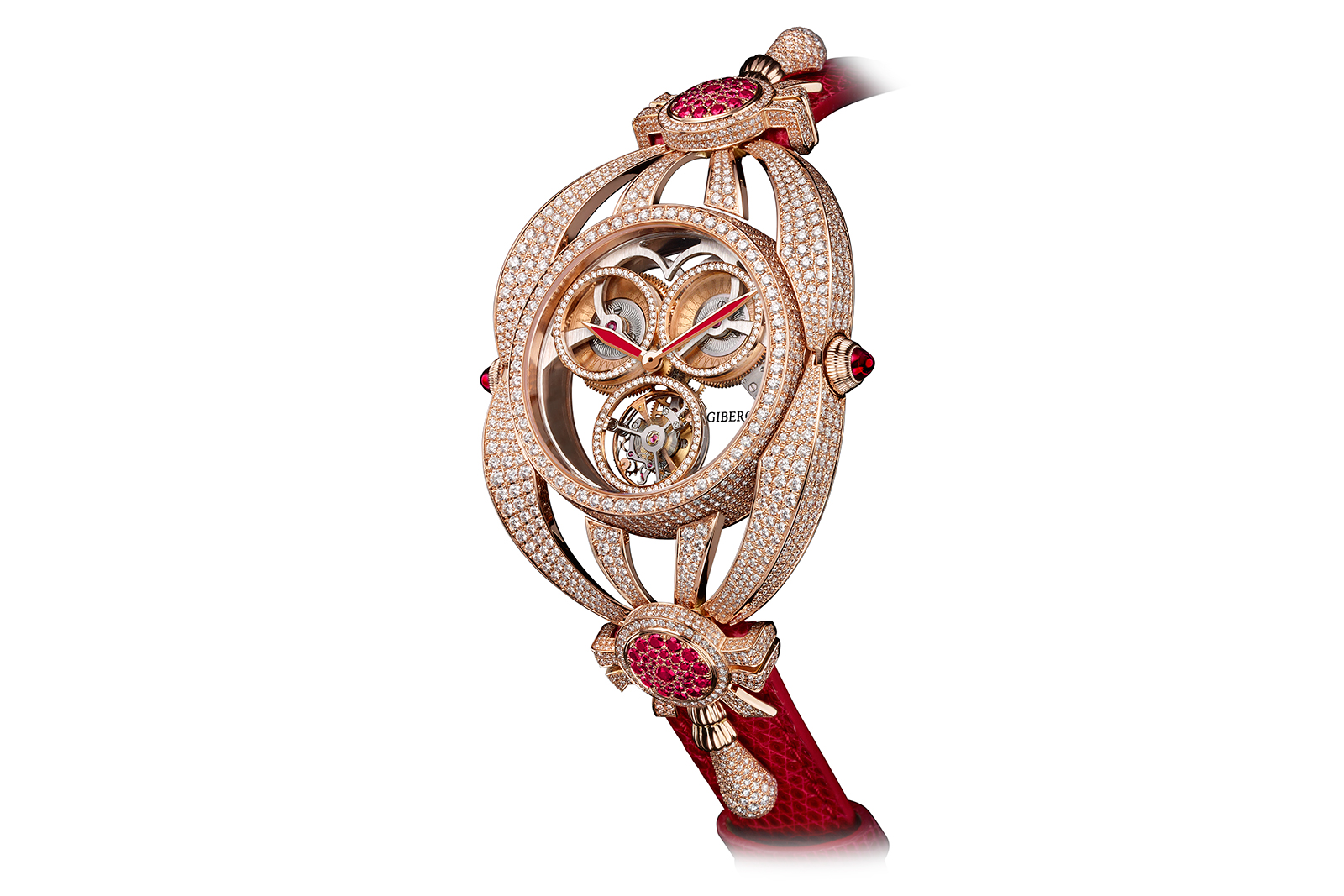 Next to Giberg, Andreas Altmann’s friend, Daniel Strom, was exhibiting his watches under his namesake brand. Originating from Sweden, the brand was founded just over 4 years ago. The daring aesthetics of Strom timepieces were completely different from anything I have seen at the fair this year, or in any other. Their designs are based on the idea of celebrating and communicating a significant message: the transience of time. The skull motifs and dragons which are present in all of the watches and complementing jewellery pieces serve as symbols of this, while adding a rock and roll edge to the brand's aesthetic. 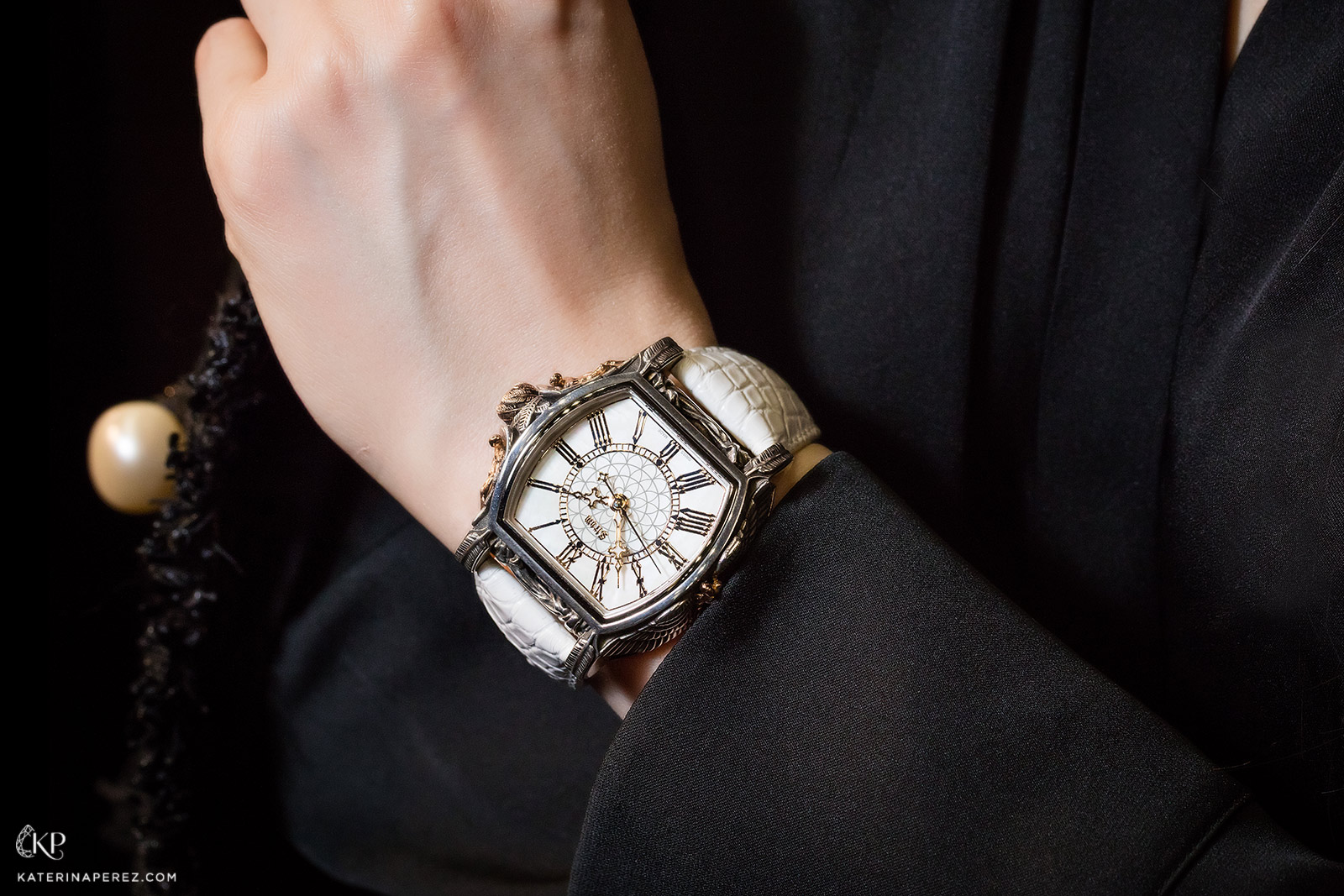 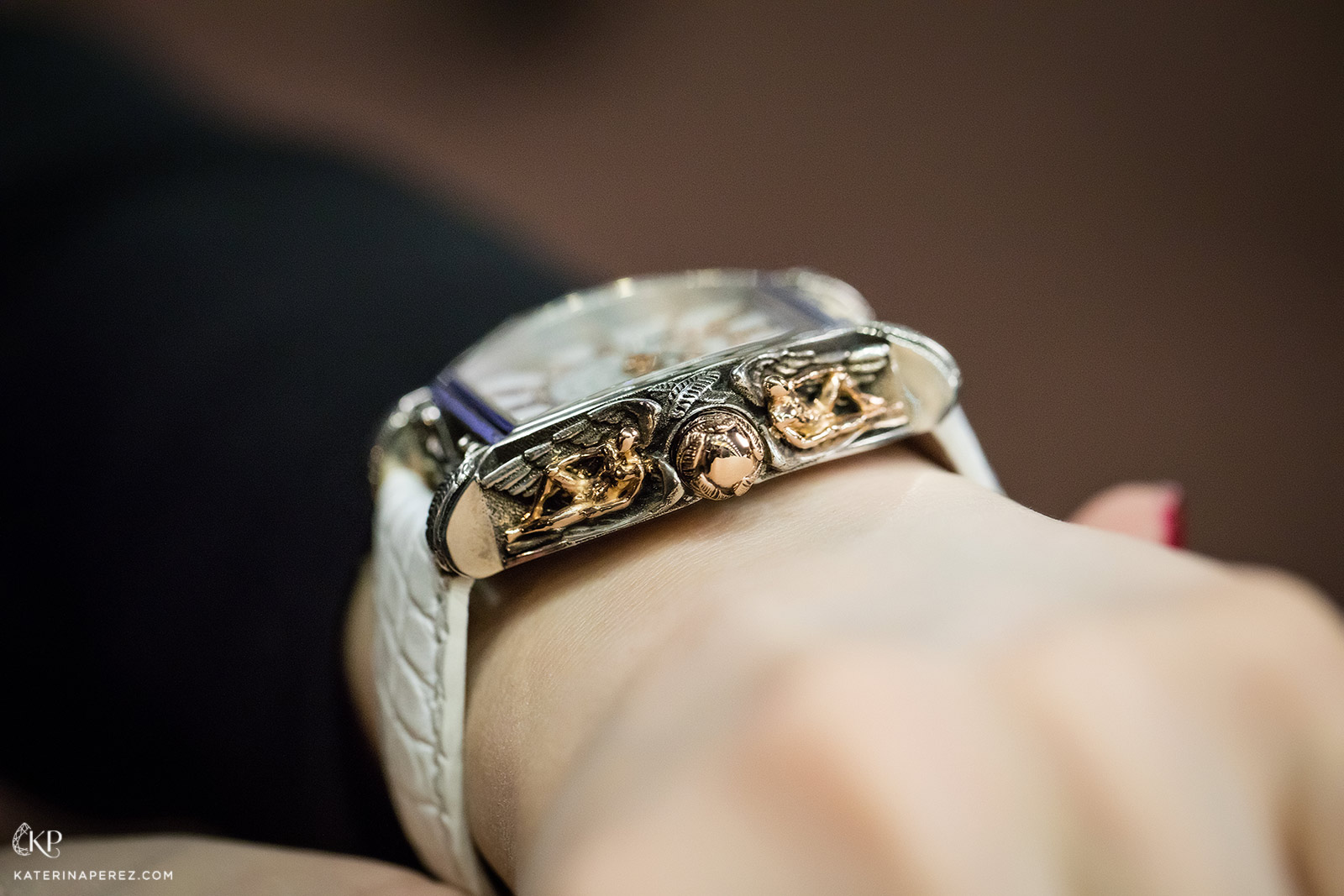 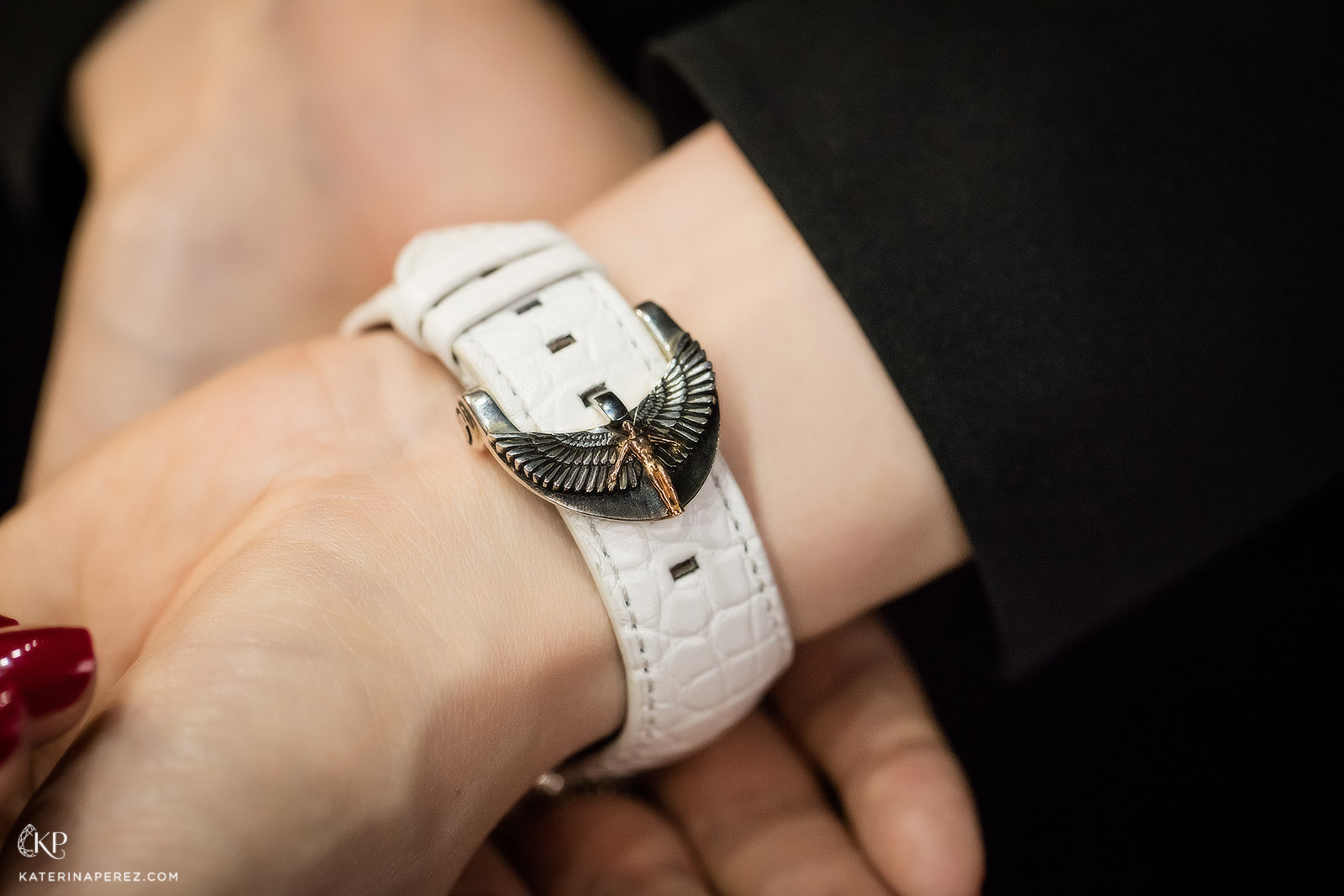 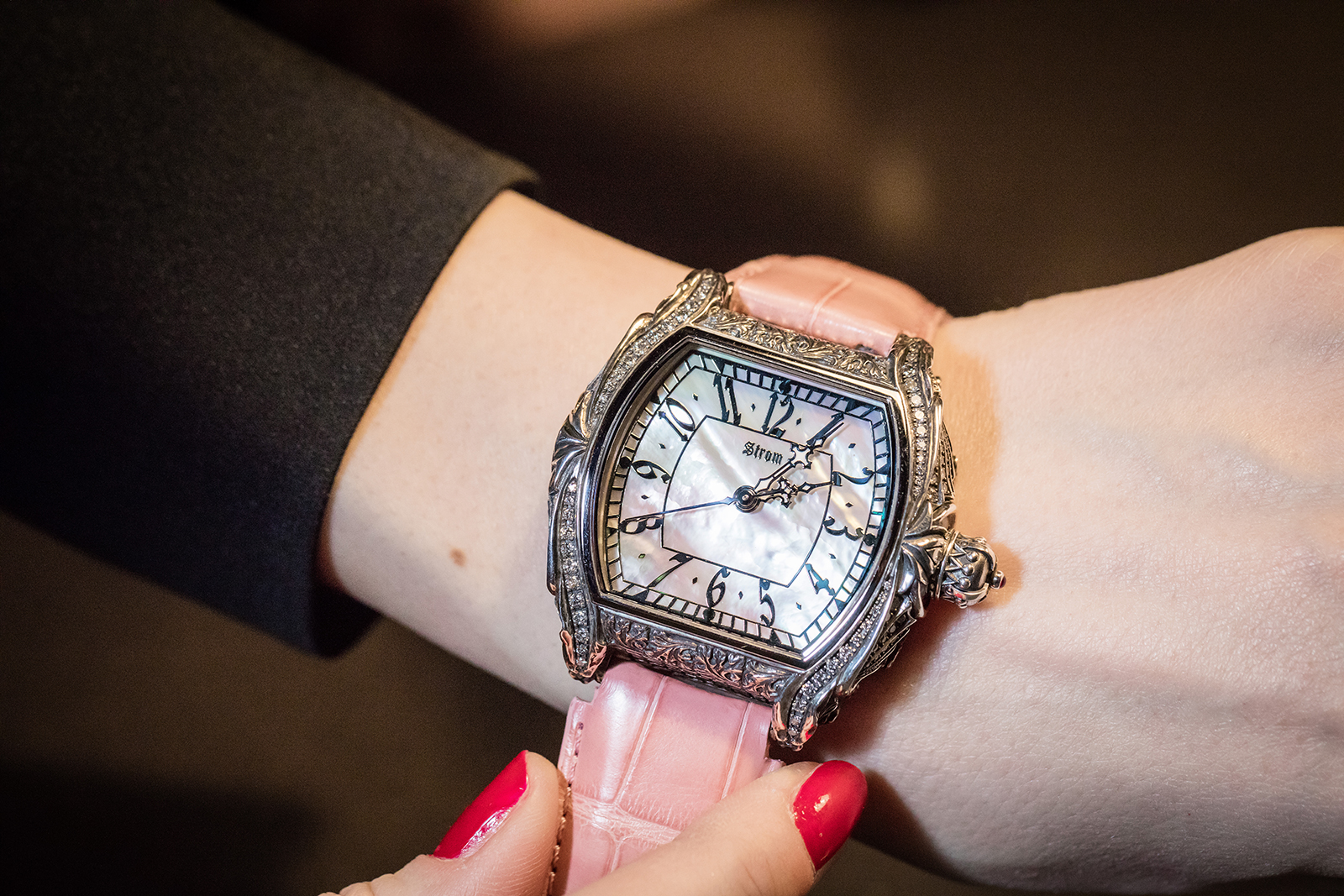 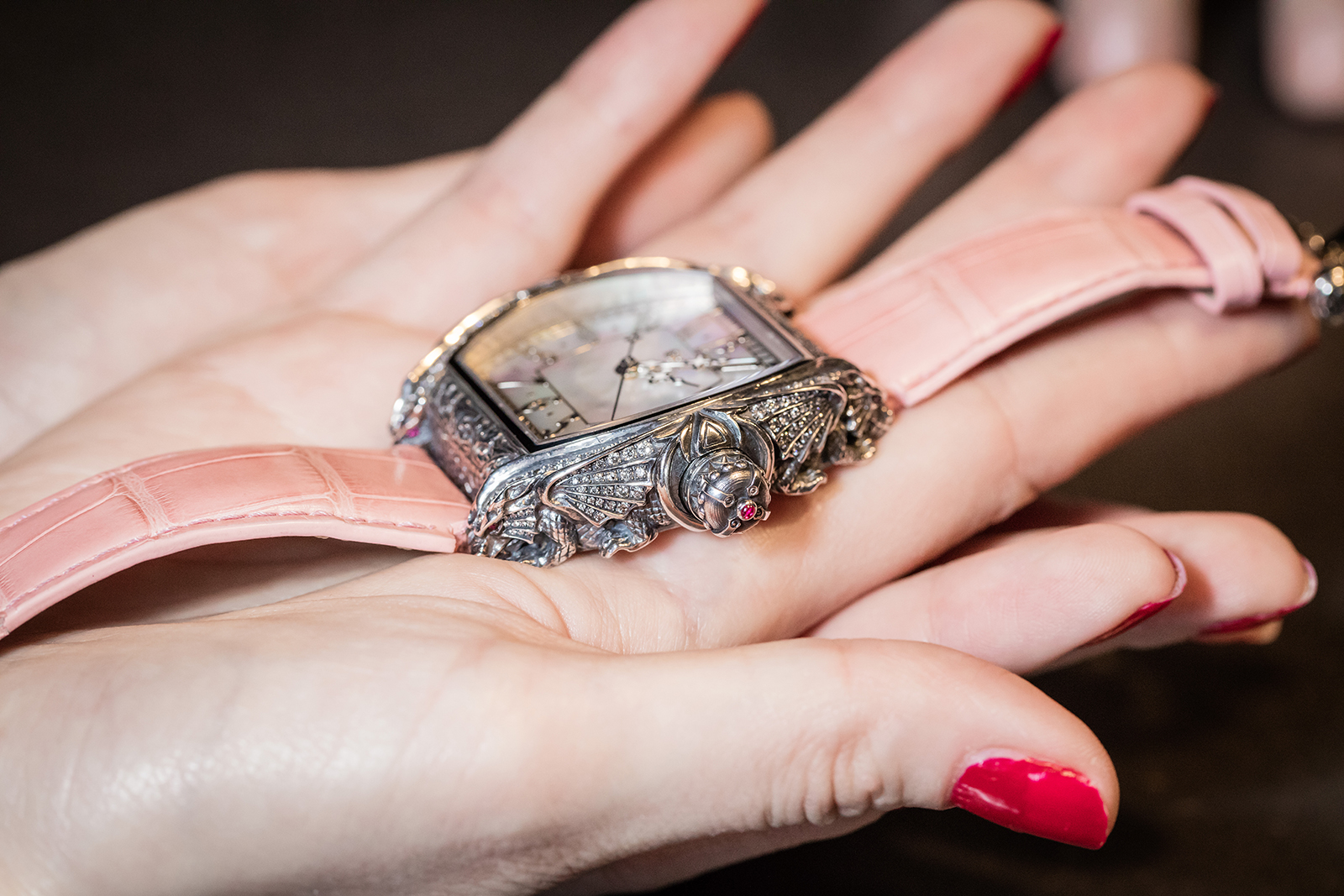 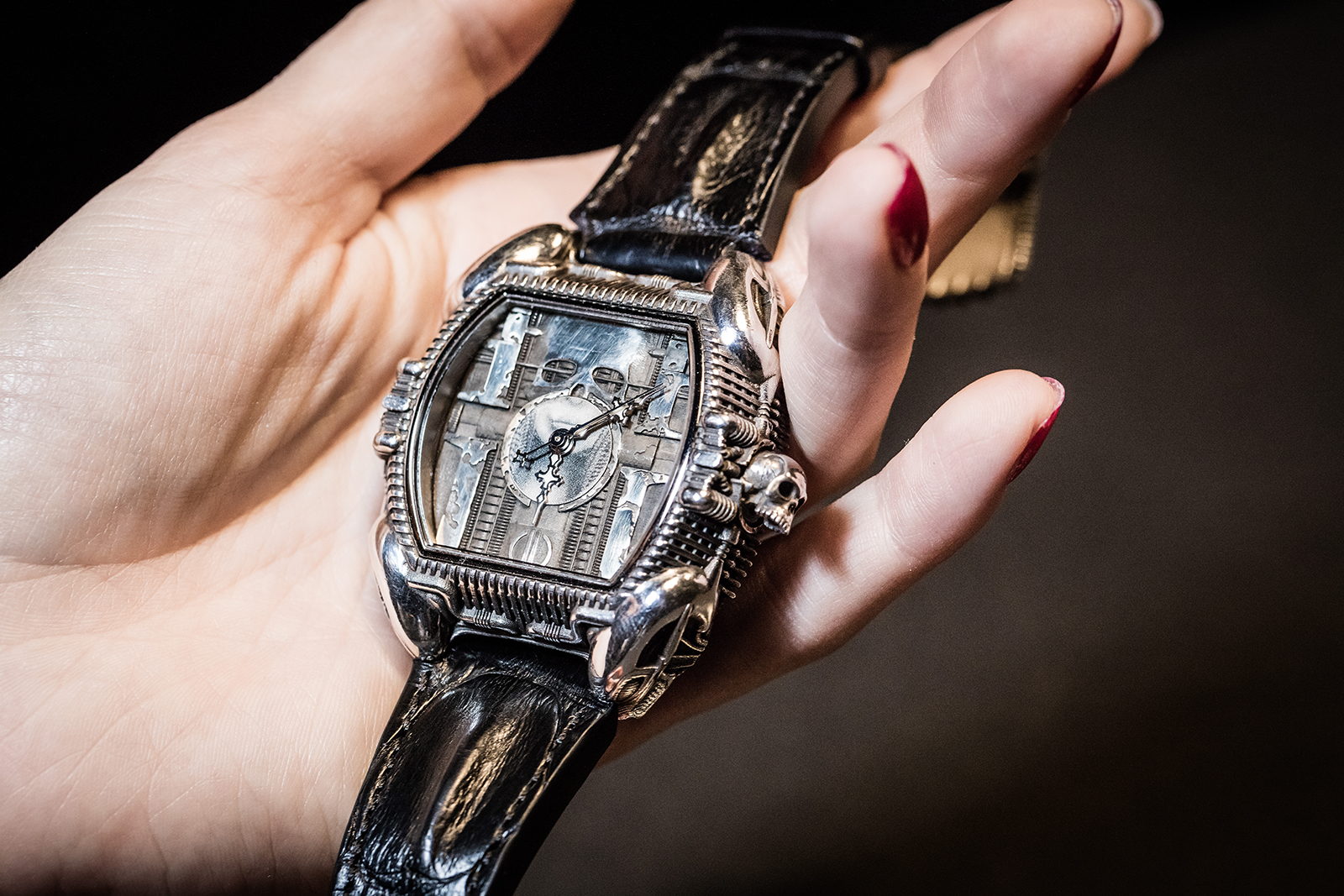 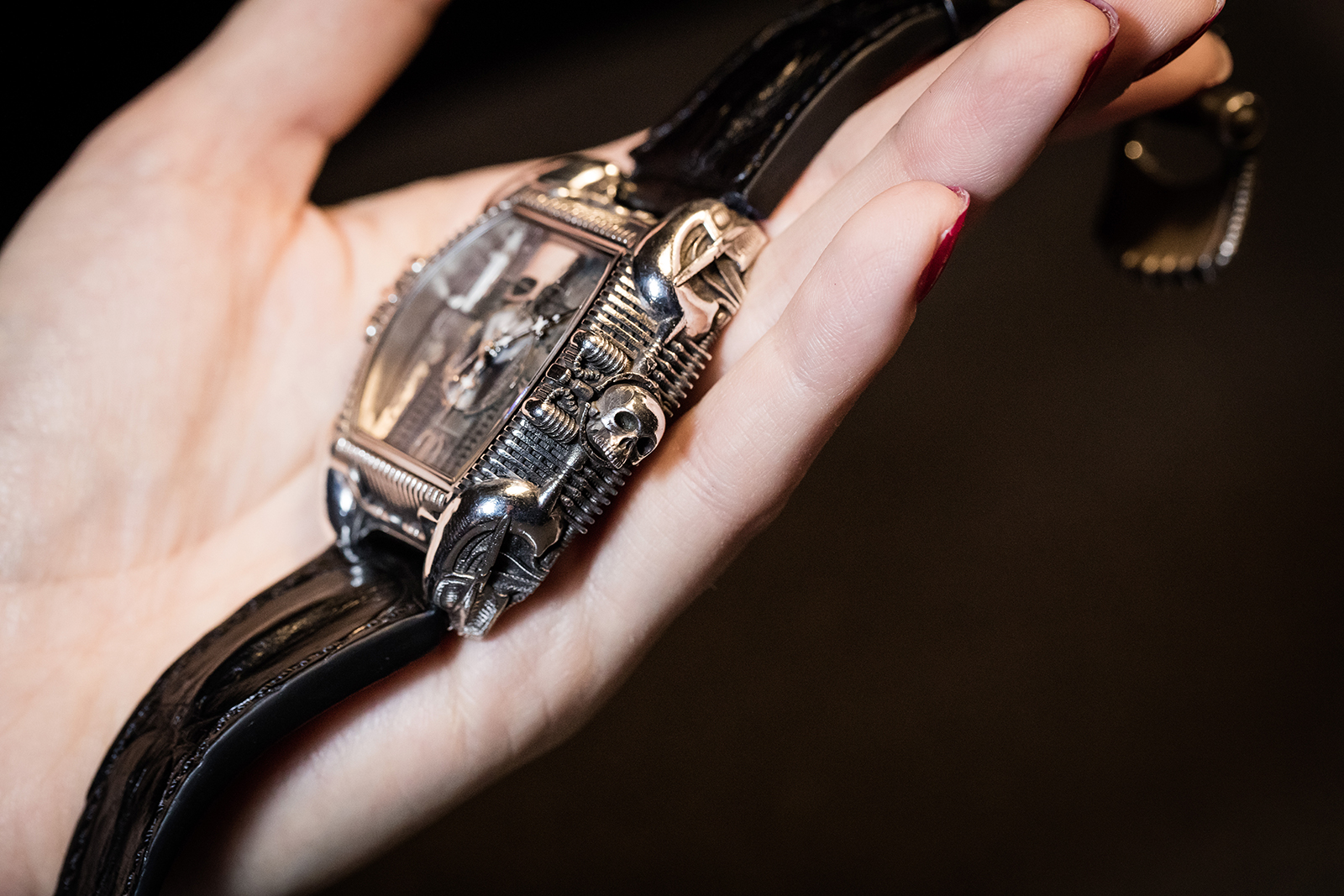 Alexander Shorokhoff combines the spirit of his Russian heritage with the watchmaking expertise of his home in Germany, to create pieces which tell stories and make statements with their design. The two focal collections of the brand - ‘Heritage’ and ‘Avantgarde' - are inspired by art and architecture through different perspectives. The former is influenced by the 19th century, and combines classic design with traditional engravings, skeletonizing, and enamelling. The latter is inspired by avant garde art and suprematism, the Russian art movement of the early 20th century. 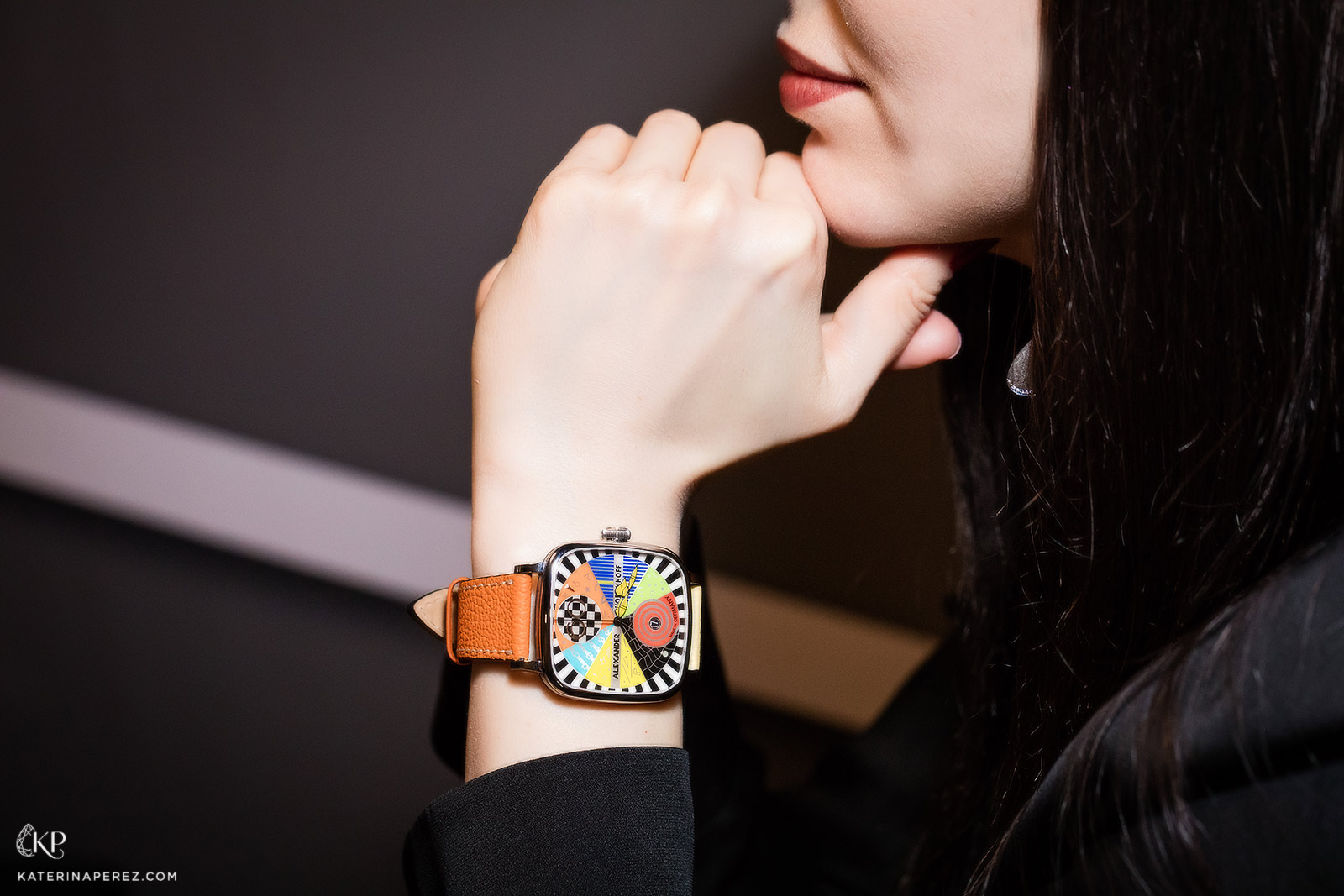 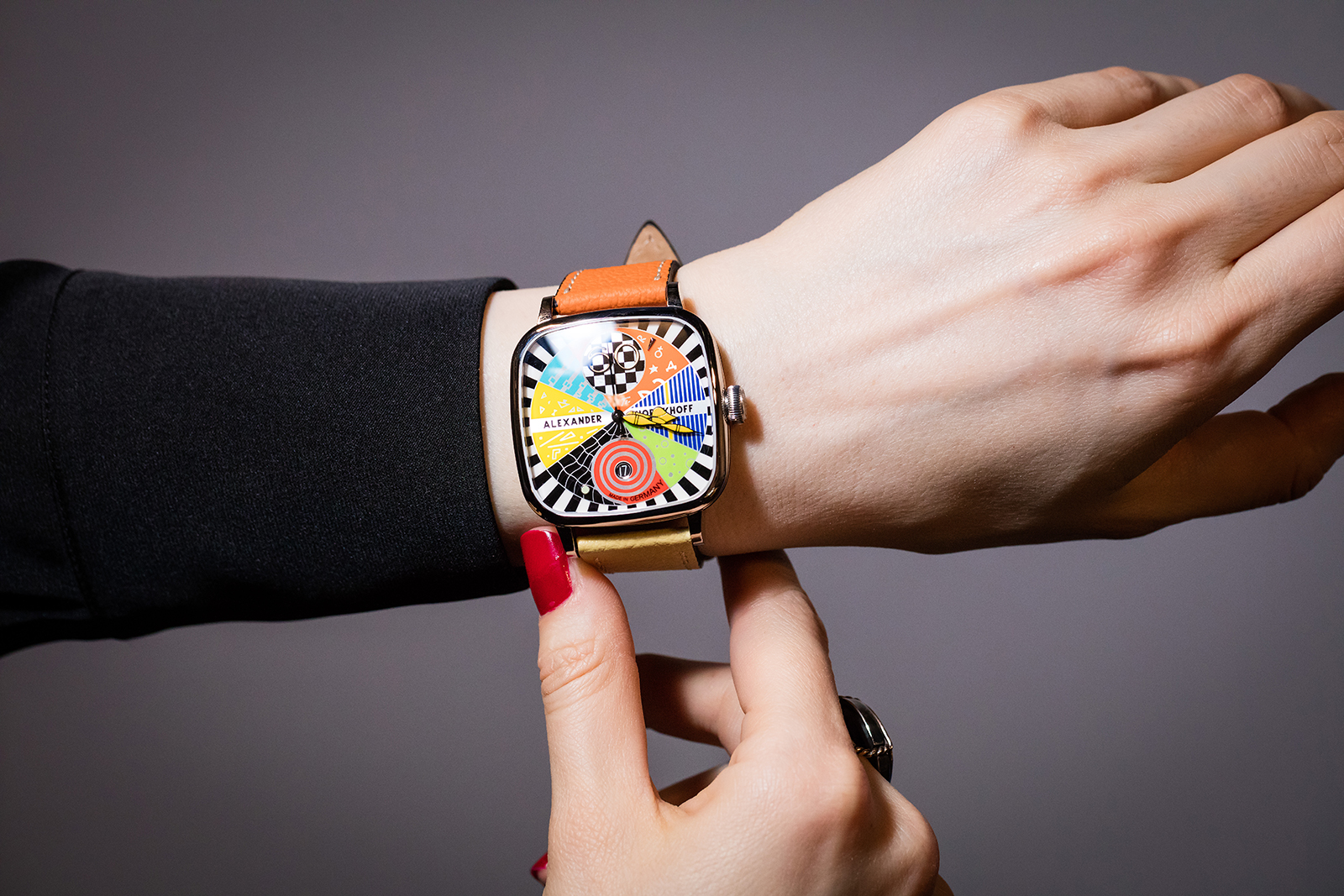 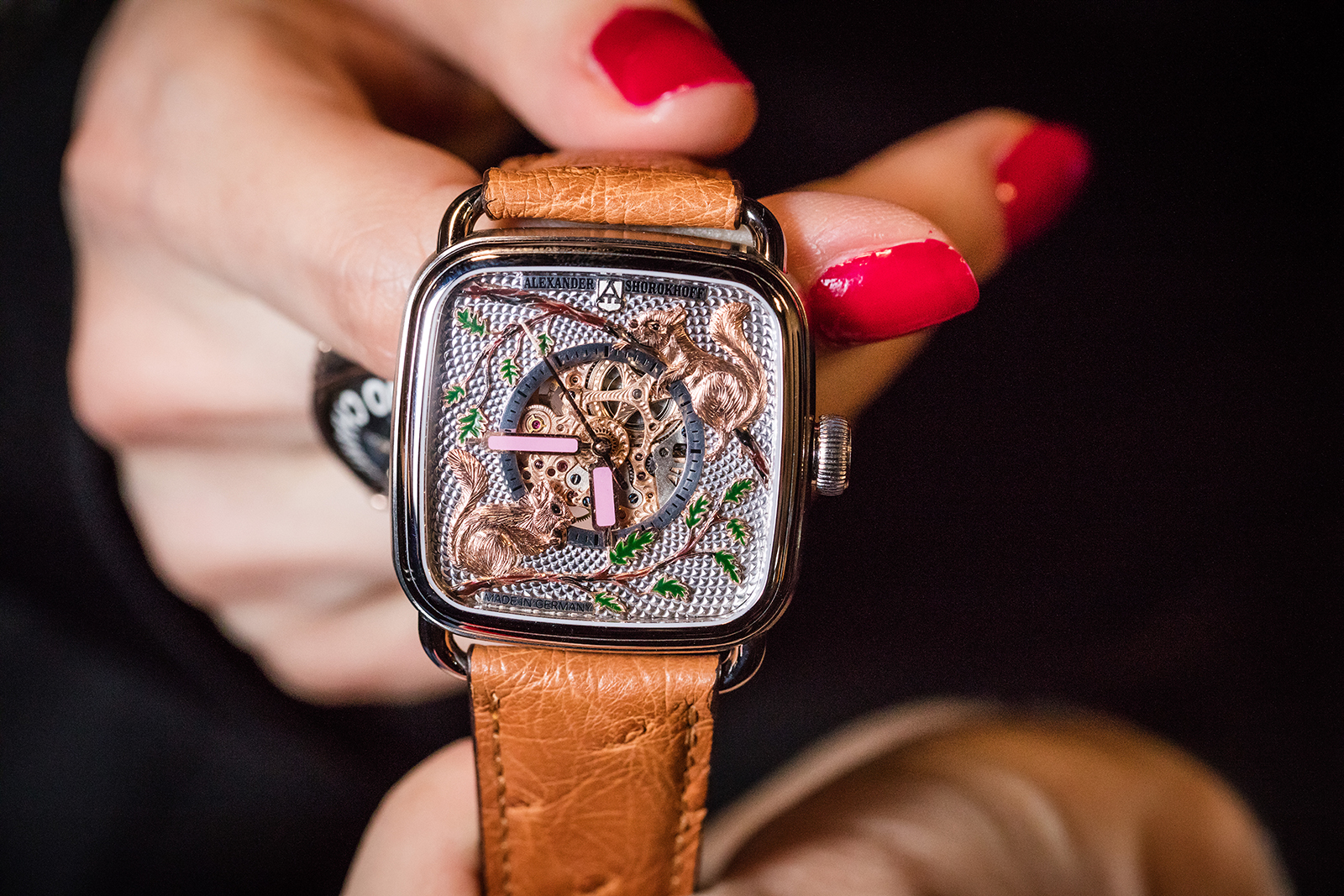 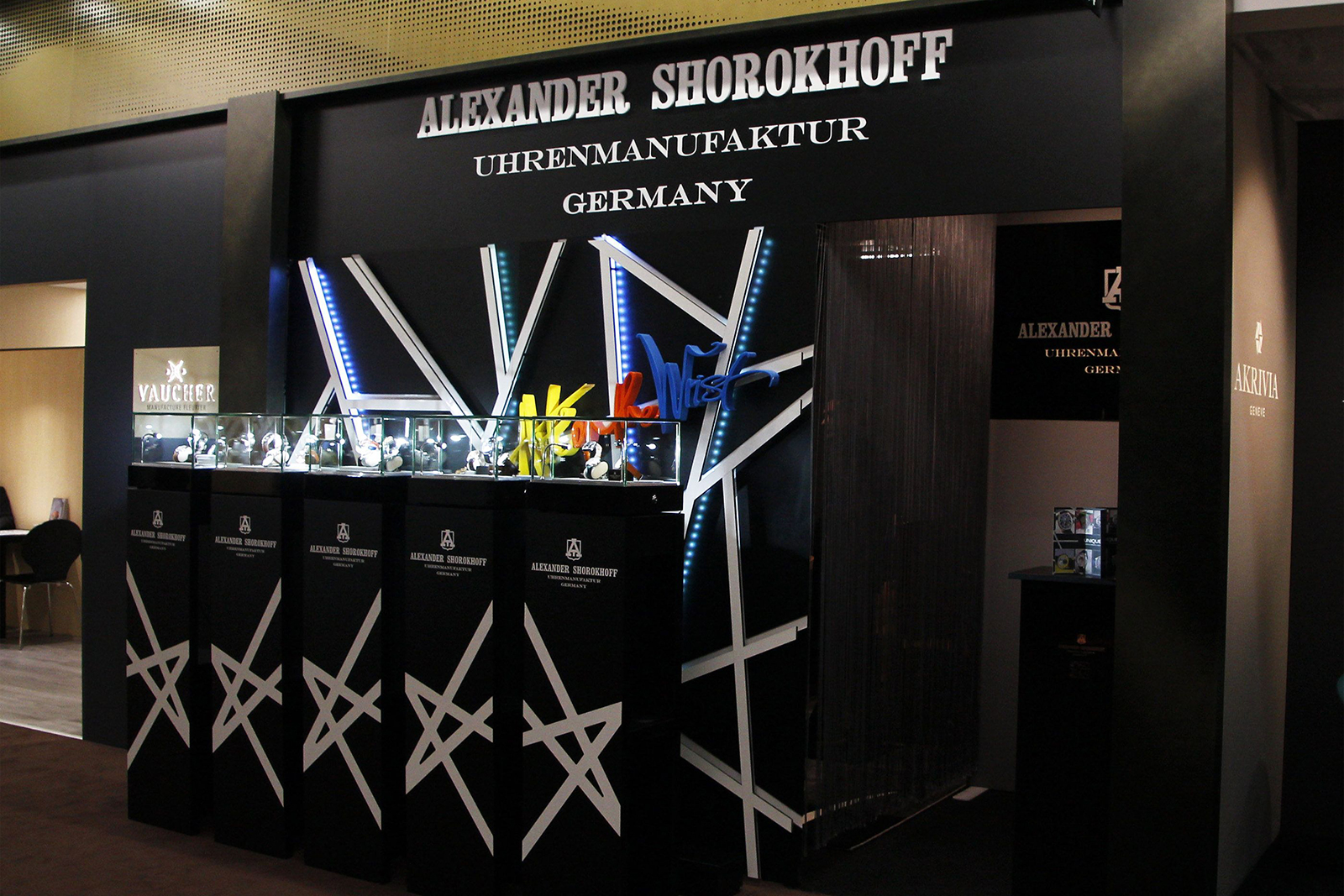 These novelties do not fall easily into a jewellery watch category, with some of them containing hardly any gemstones and jewels in their designs. However, the dedication to decorative techniques within these pieces is paramount, and this is what inspired my excitement of these brands.