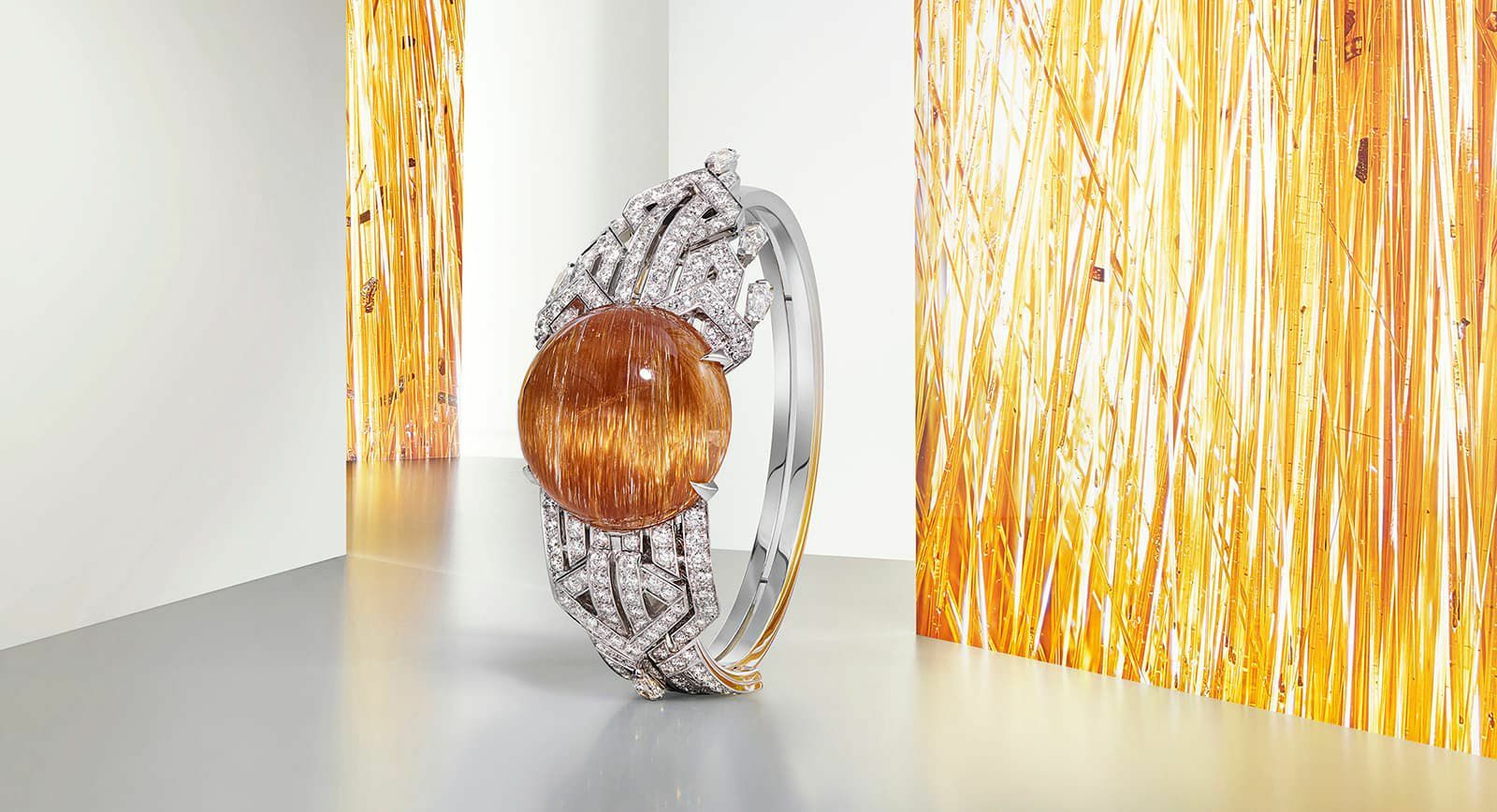 Perfectly Imperfect: Discover the Gemstone Inclusions that Add Value to a Stone

Normally when we discuss gemstones the idea of an inclusion conjures images of an unsightly black speck within a stone, or something that impedes its clarity. Despite this, there are inclusions – some interior gemstone worlds – that actually elevate the beauty of a mineral and add to its allure among collectors. I would like to share five examples of this natural beauty with you and, hopefully, inspire you to think differently about the desirability of unusual gems.

When studying gemmology, you are introduced to a series of inclusions in gemstones that are desirable and covetable. It fascinated me at the time to discover that imperfections – tiny chemical changes in the structure of a mineral – can lead to inclusions that land a stone on a scrap heap or help it rise to international stardom! Sometimes, inclusion types are so rare in nature that they go from being unwanted to beloved. Here are some of my favourites. 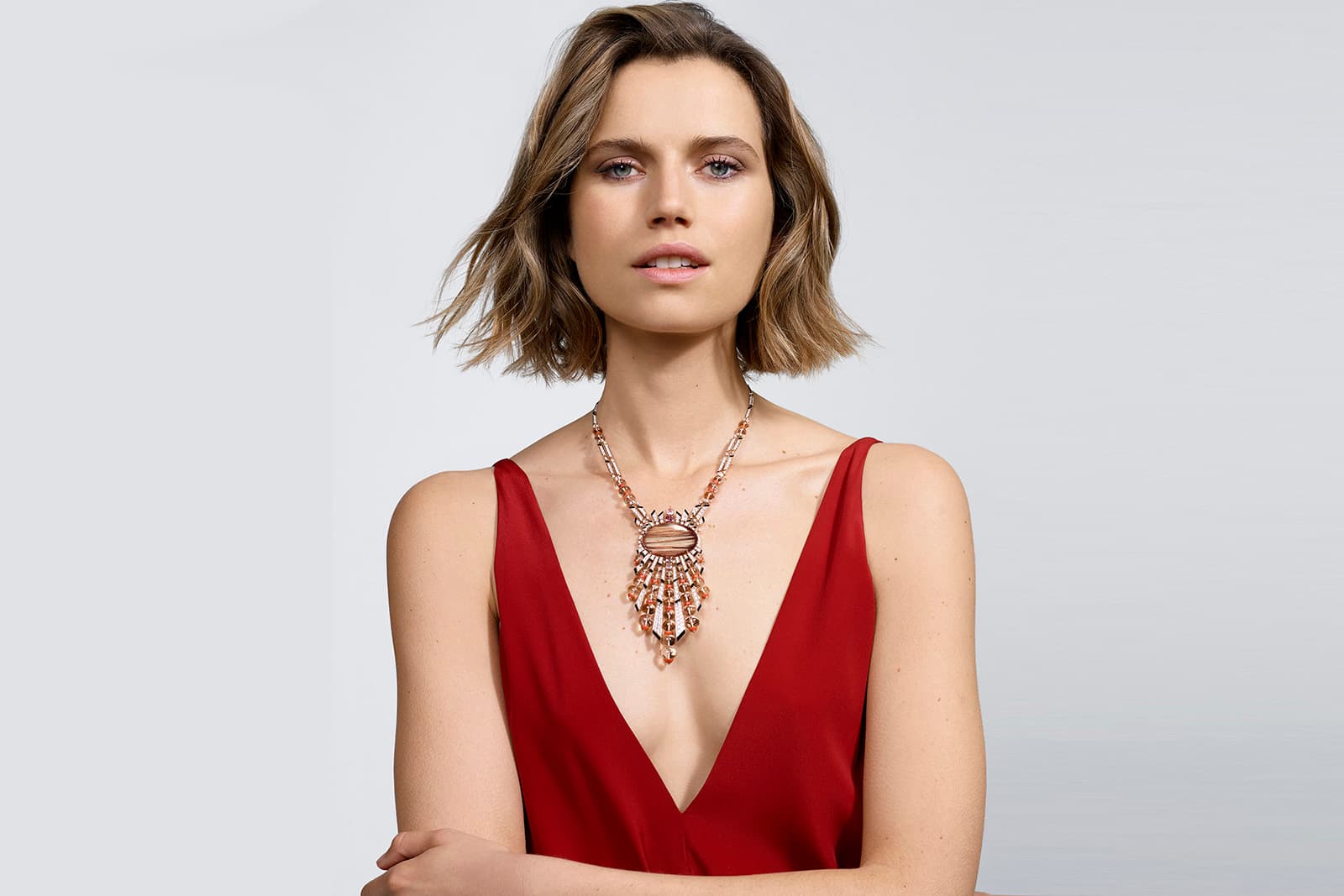 Many gemstones can form as a trapiche crystal, including tourmaline, garnet, quartz, spinel and aquamarine. However, it’s the trapiche emerald from Colombia that’s the most desirable (specimens from other mining regions hardly ever form). ‘Trapiche’ refers to the formation of a crystal-like wheel with six spokes radiating outwards, often from a central hexagonal core. Each spoke is made of black carbon impurities, and, unlike the phenomenon of asterism, it isn’t caused by the way the emerald interacts with light. Trapiche emeralds were first described by gemmologists in 1879 and since then supply has almost always been outmatched by demand. Of course, jewellery designers like Selim Mouzannar, Alice Fournier, Kat Florence and COOMI love trapiche emeralds for their natural geometry, which inspires countless hexagonal shaped pieces, especially necklaces and earrings. The actual reason why trapiche emeralds are rarely seen in rings is that they are fragile by nature: the inclusions make the crystal weaker and a knock on a hard surface - something that can easily happen when a ring is worn – could be disastrous. 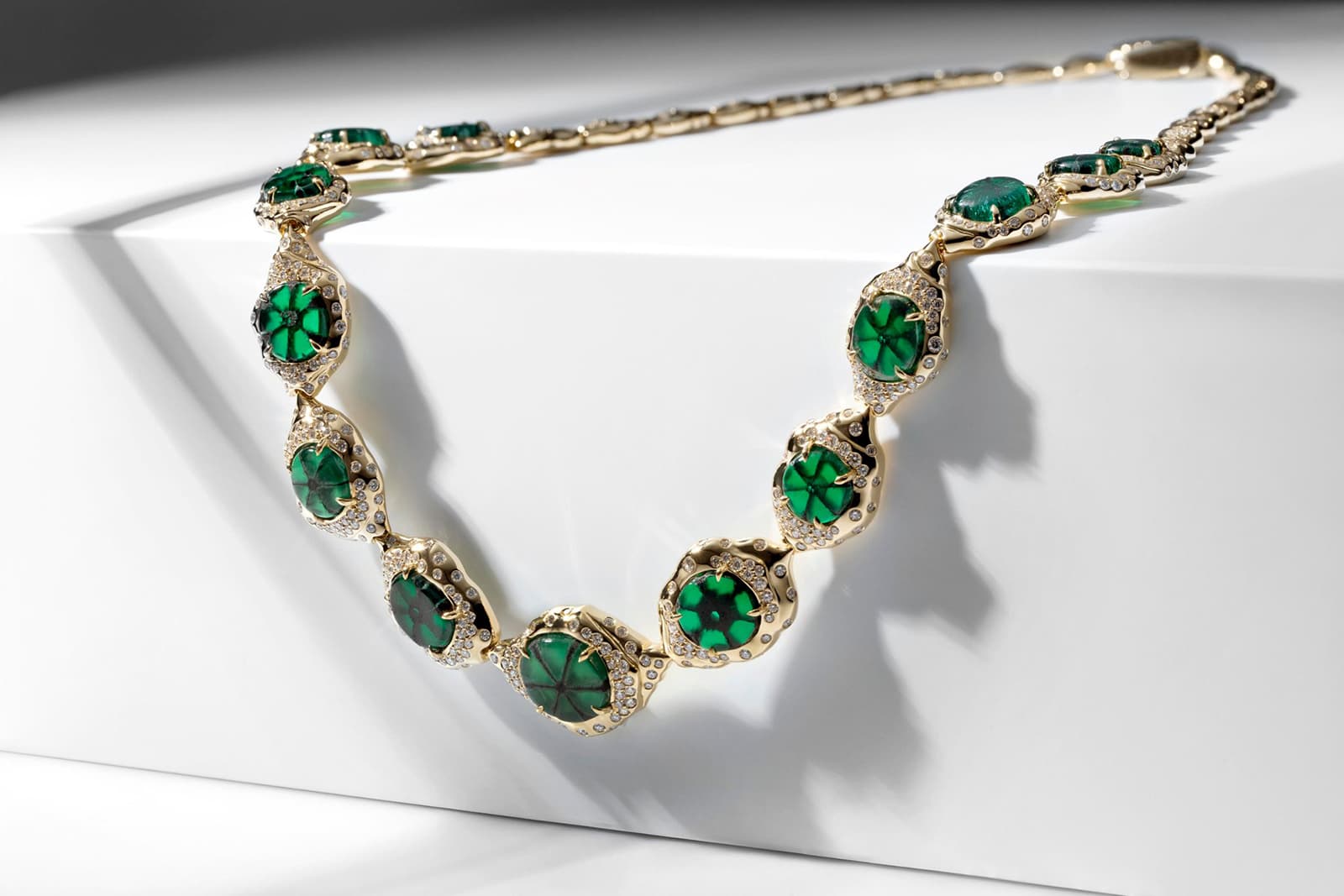 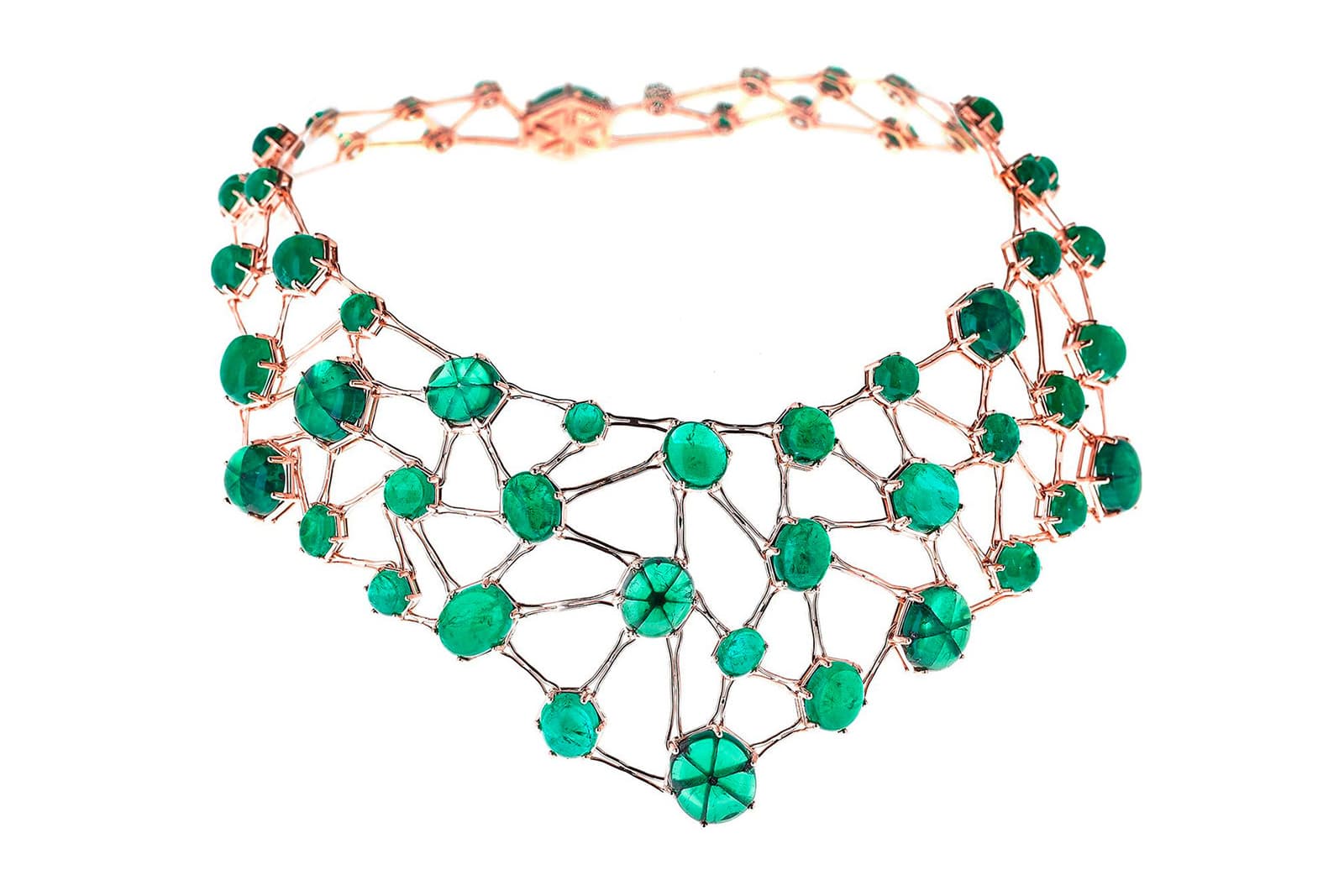 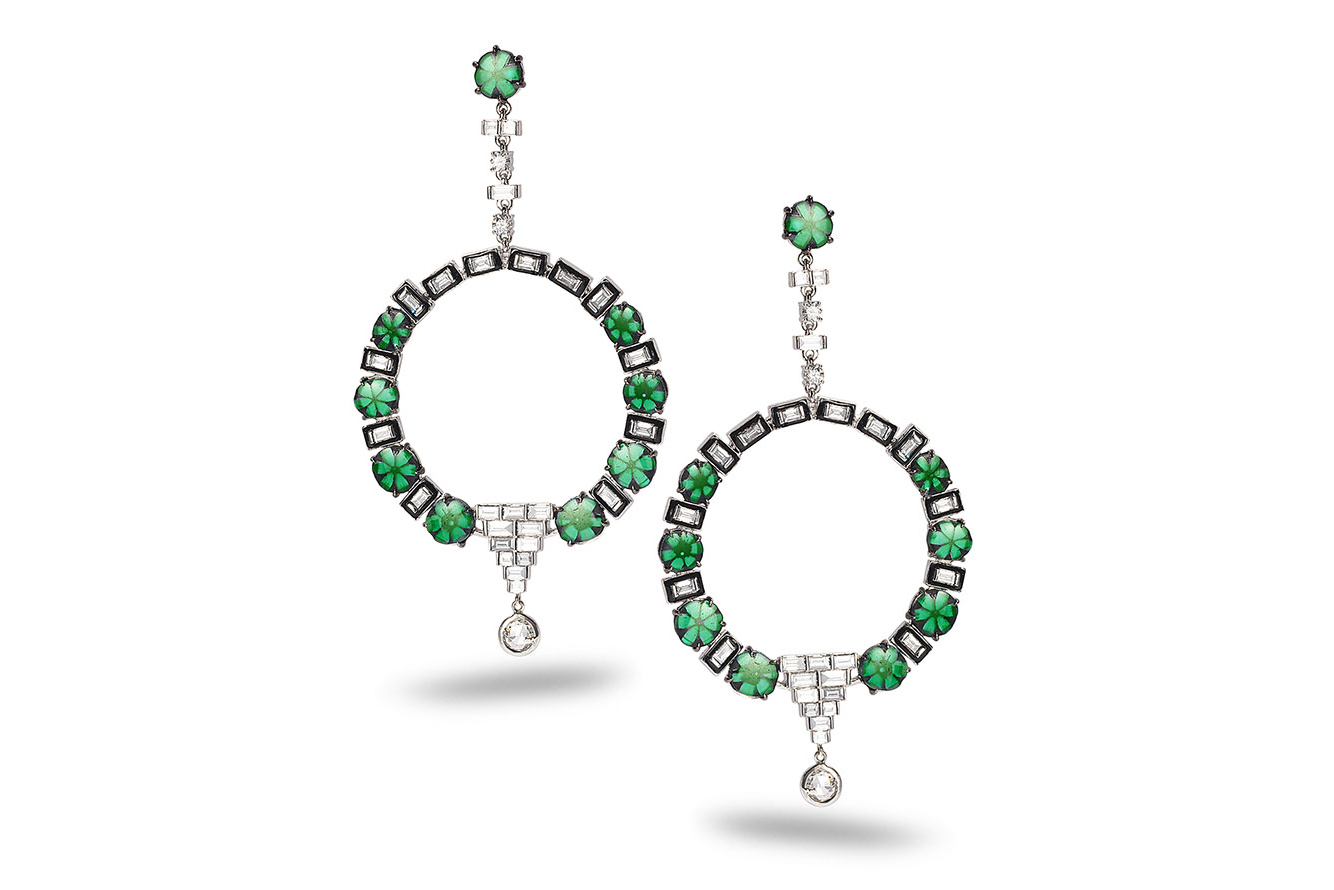 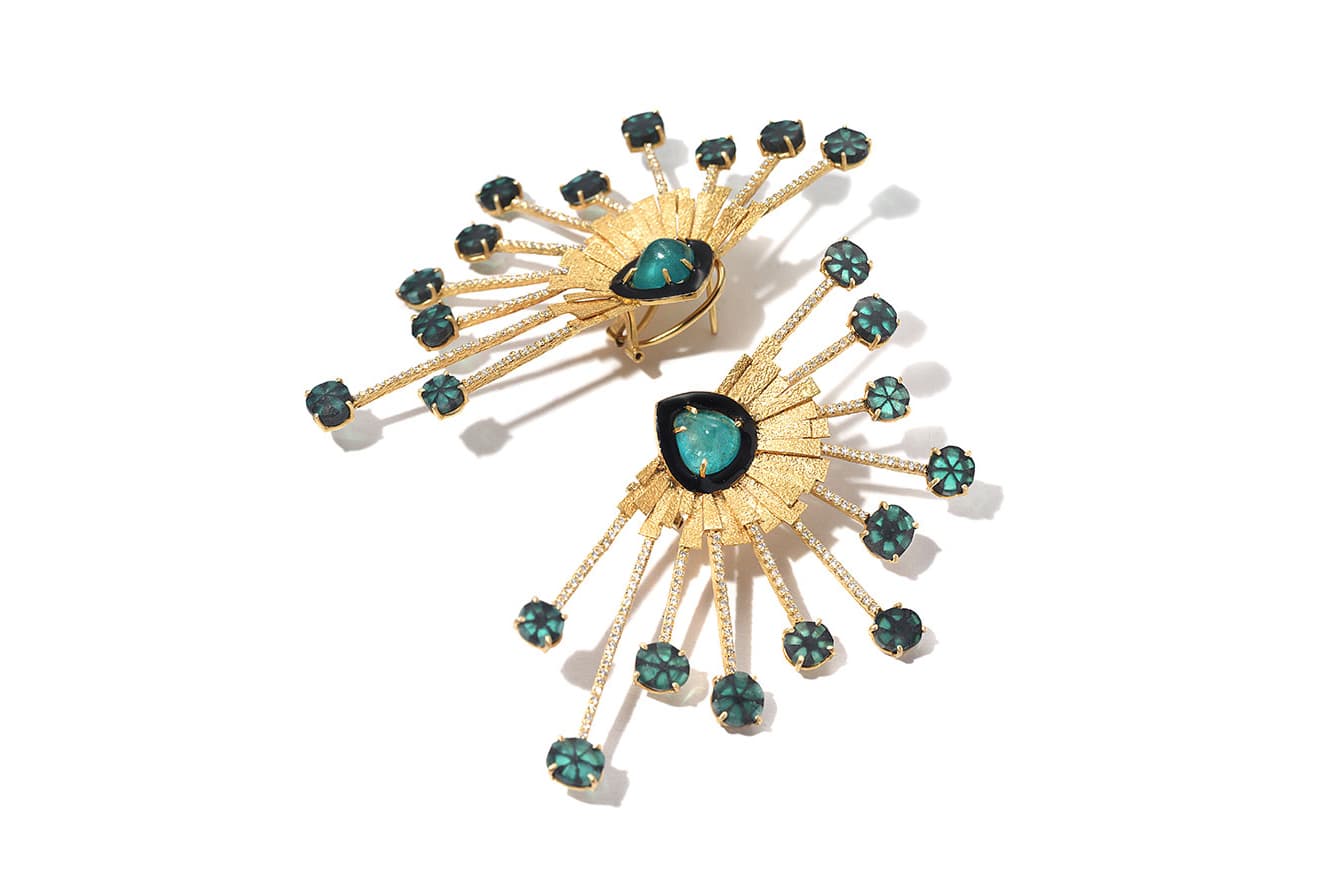 Quartz is abundant all over the world, but under its umbrella there are countless inclusions that can make a humble specimen a miniature work of art. Rutilated quartz refers to the presence of rutile needle-like inclusions inside a gem that can be yellow, brownish yellow, deep red and brownish red with the latter being rarer. However, it’s the ‘golden’ rutilated quartz – sometimes referred to as ‘angel hair quartz’ - that is especially coveted. Think gorgeous golden hair-like strands that overlap inside a stone to create a frozen interior landscape. More and more, prominent brands like Cartier and David Yurman are demonstrating their appreciation for this type of quartz, making it a centrepiece in their high jewellery designs. If you see a specimen where these needles of rutile are arranged in a star-like pattern around a dark central core, these are especially beloved for jewellery and collectors alike. 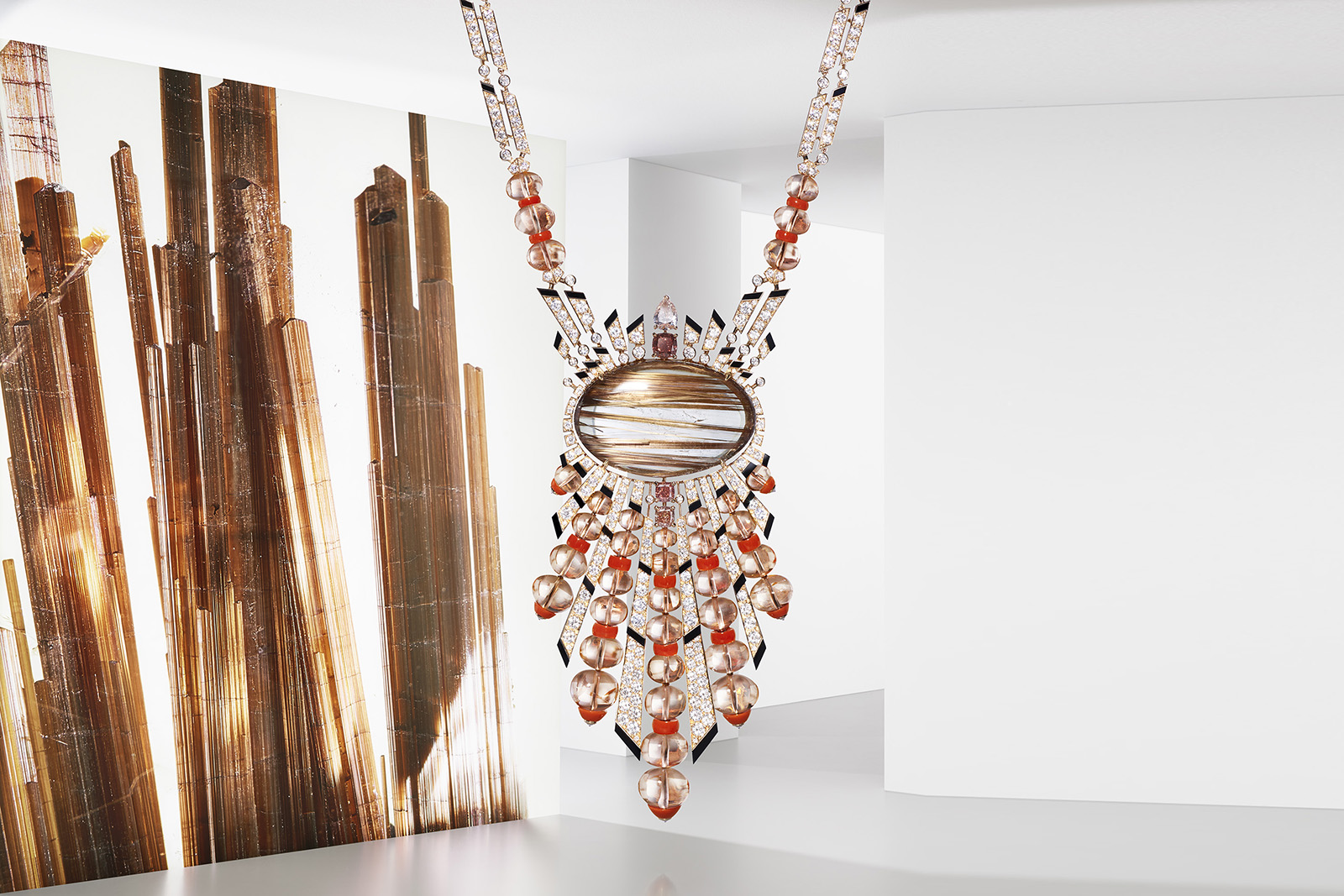 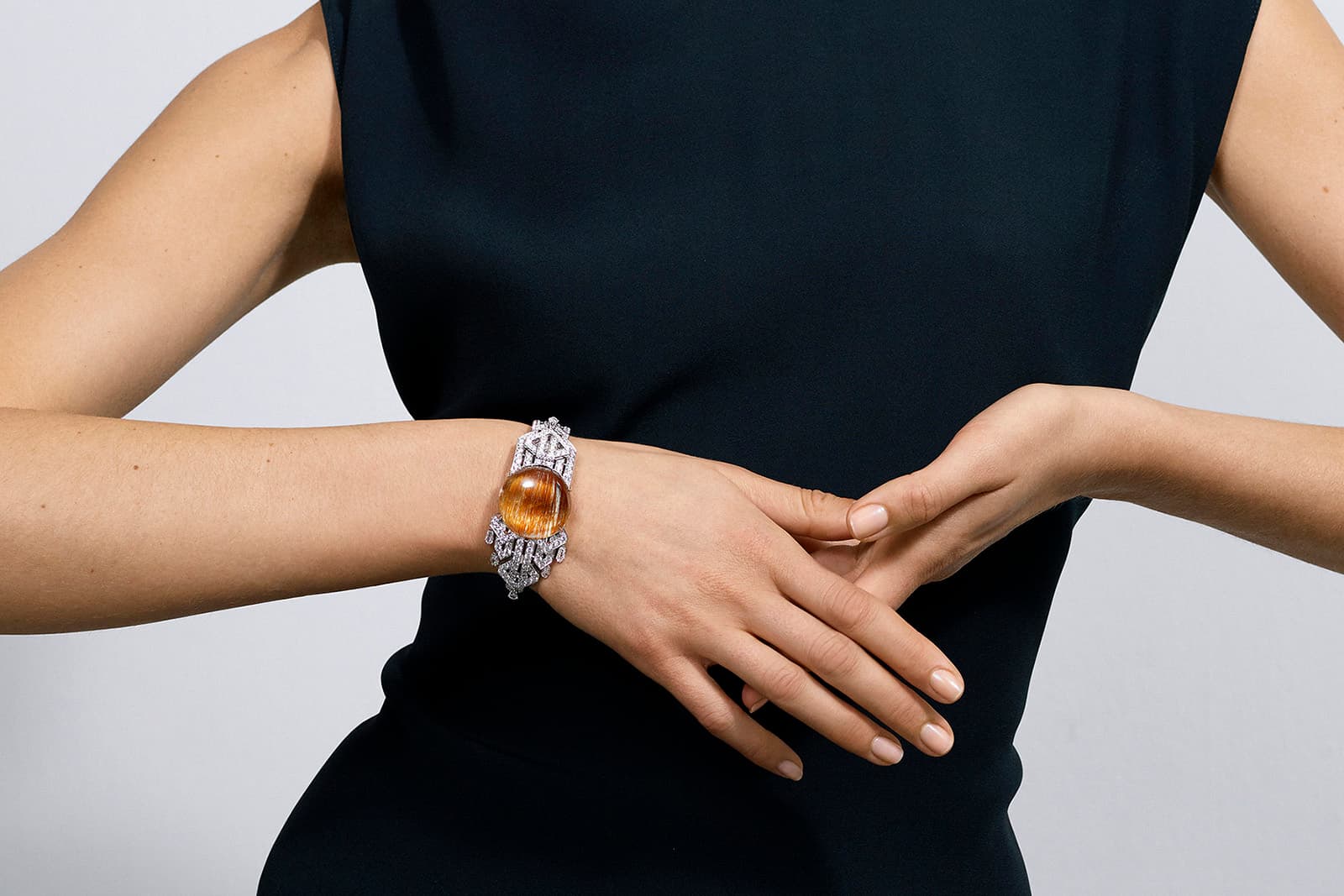 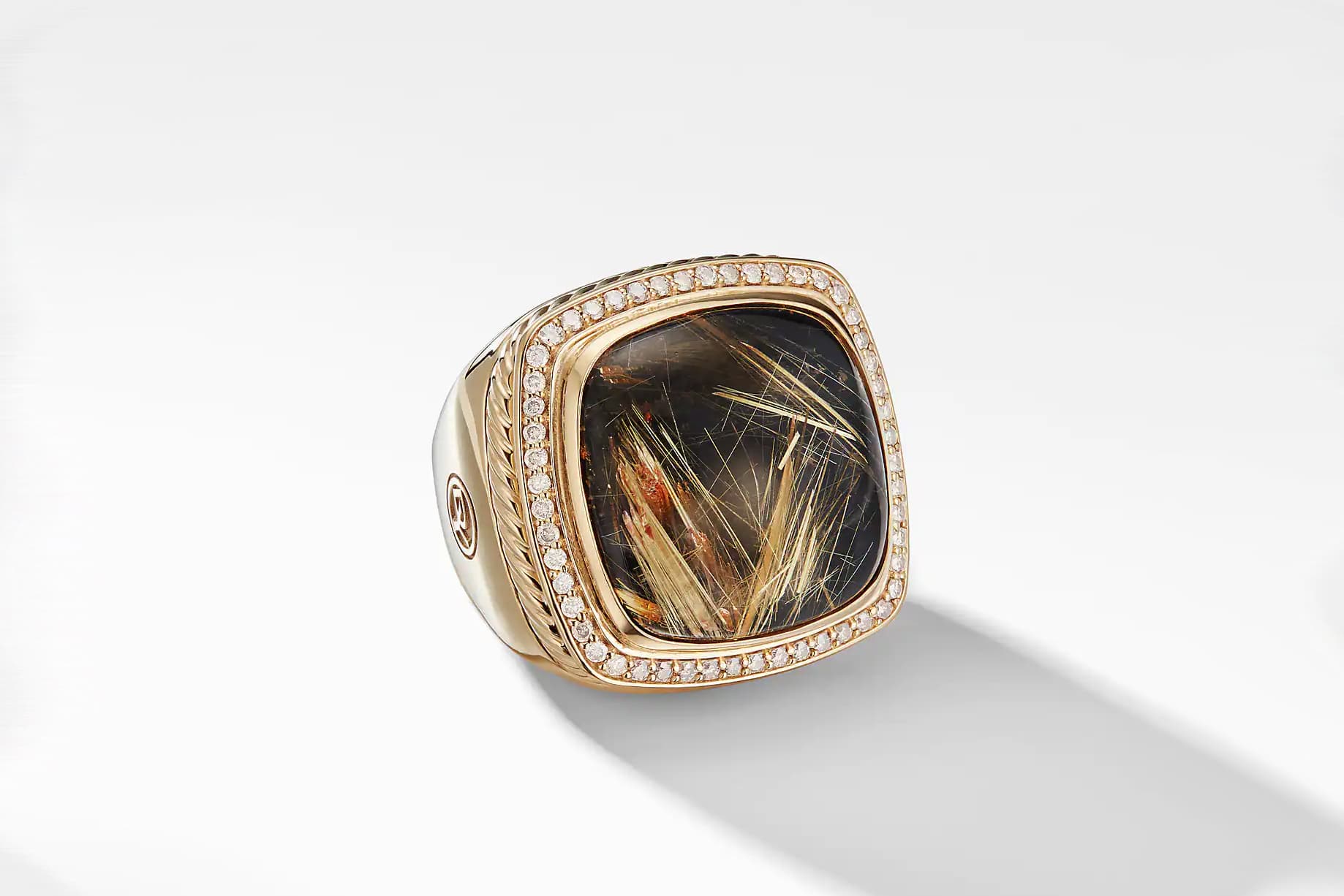 Both rubies and sapphires can display asterism – a phenomenon where a gemstone interacts with light to reveal a star pattern ‘floating’ on its surface. This is really remarkable to behold, especially when a star sapphire or ruby is cut en cabochon, as in some designs by Anna Hu or Robert Procop. The effect is caused by the presence of inclusions orientated in different directions, resulting in four-ray and six-ray star patterns. Other gems can show asterism too, like quartz, garnet and moonstones, but the power of corundum means rubies and sapphires are the most coveted. For a real-life example, look no further than the Star of India sapphire – a 563.35 carat blue star sapphire housed at the American Museum of Natural History. 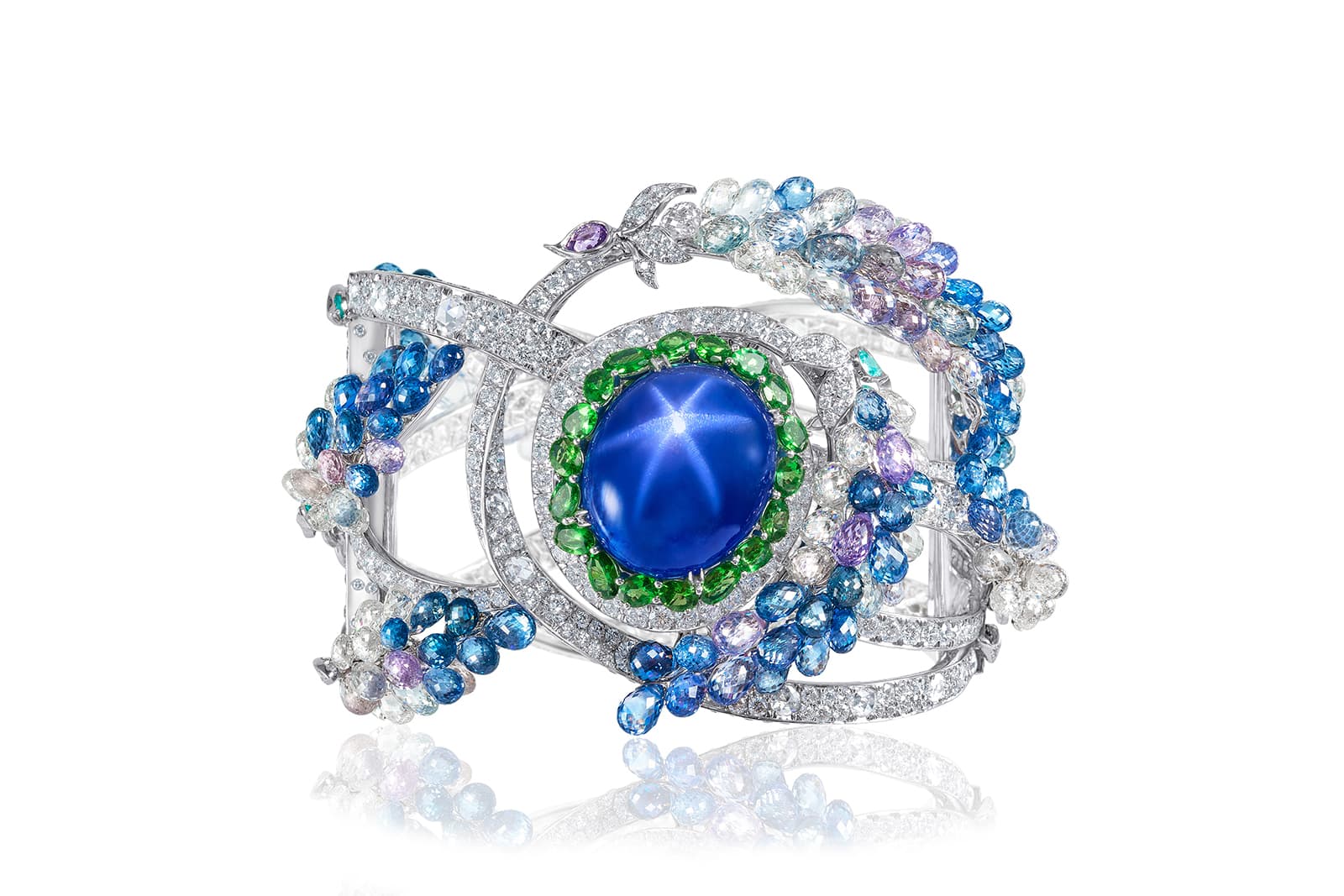 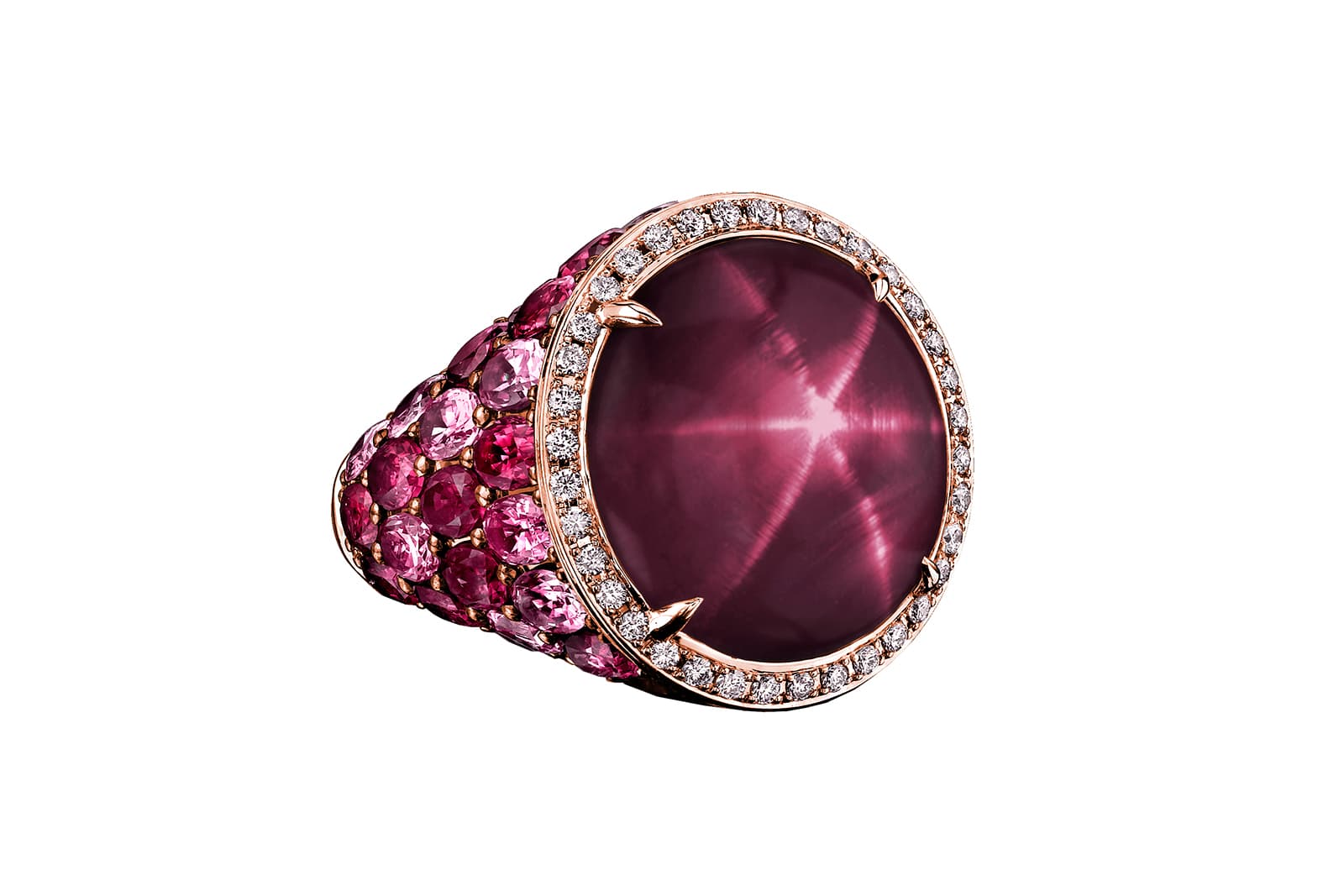 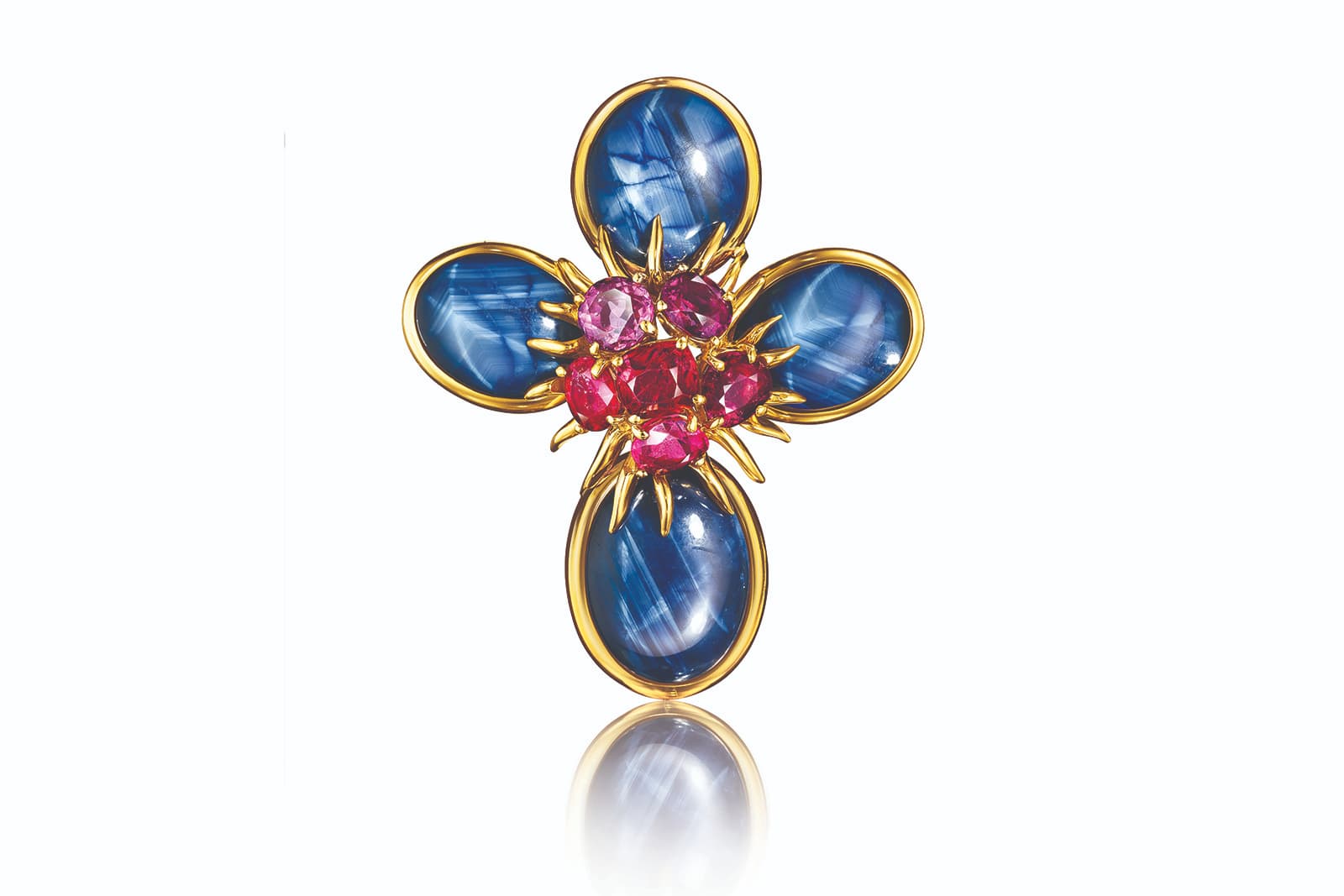 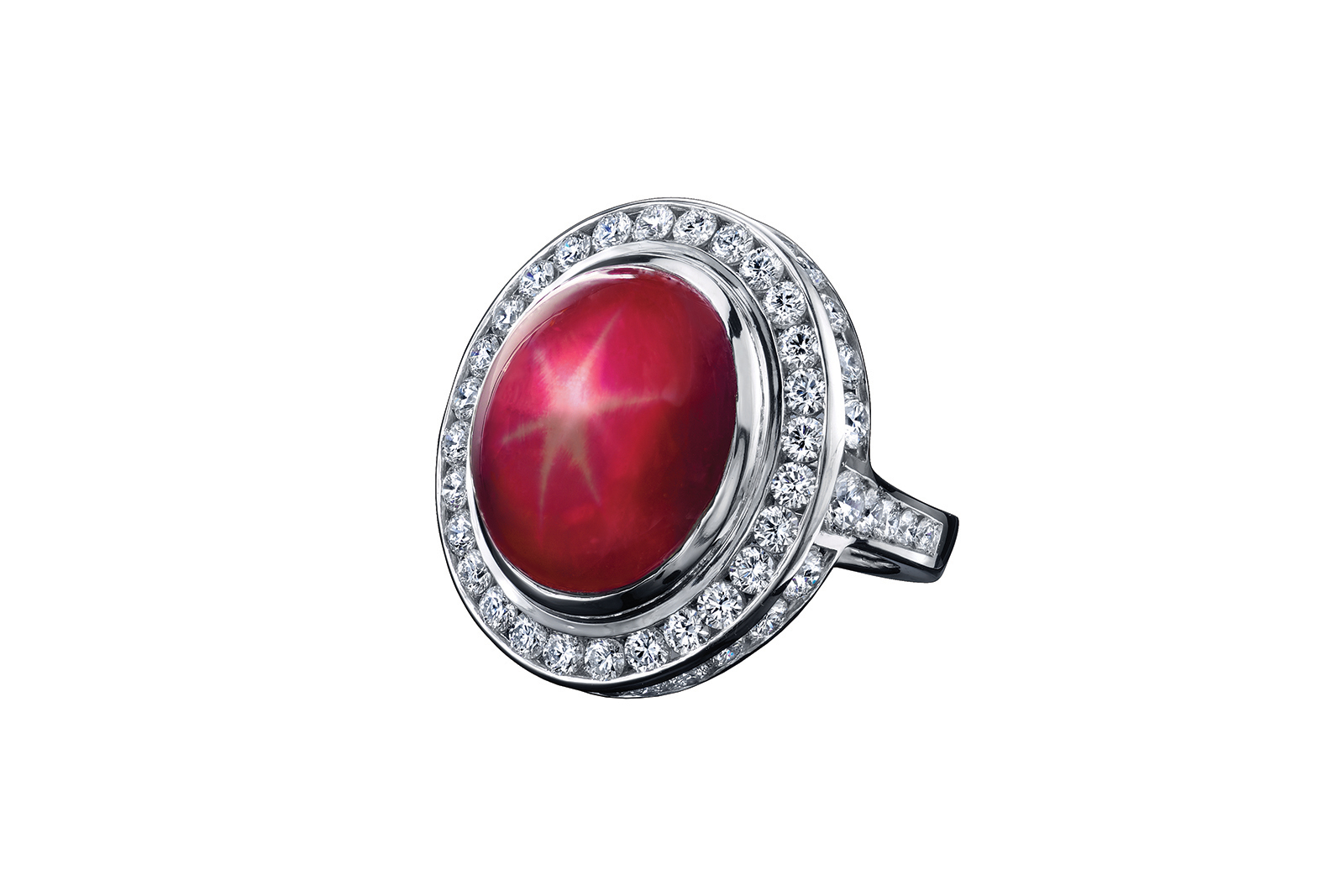 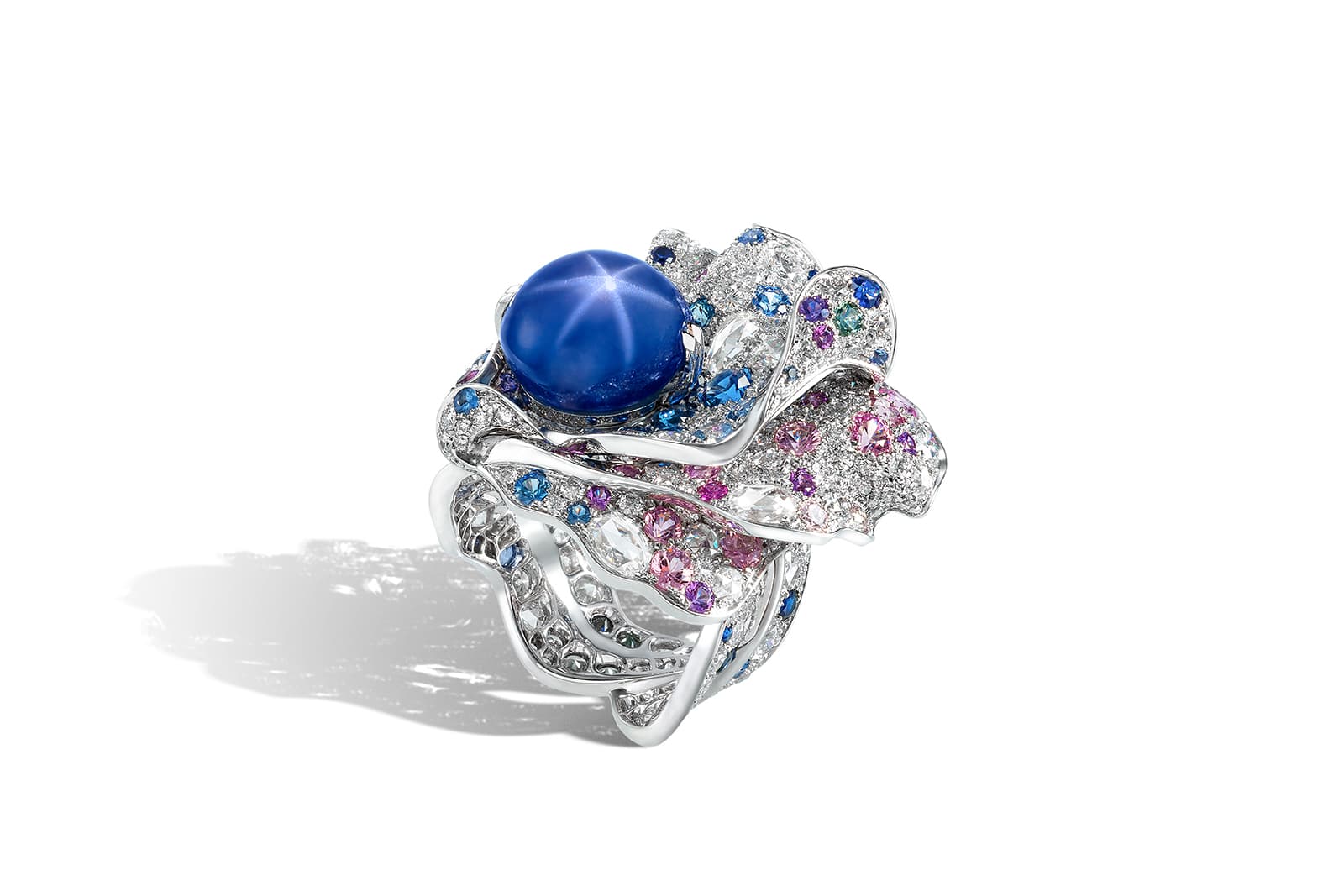 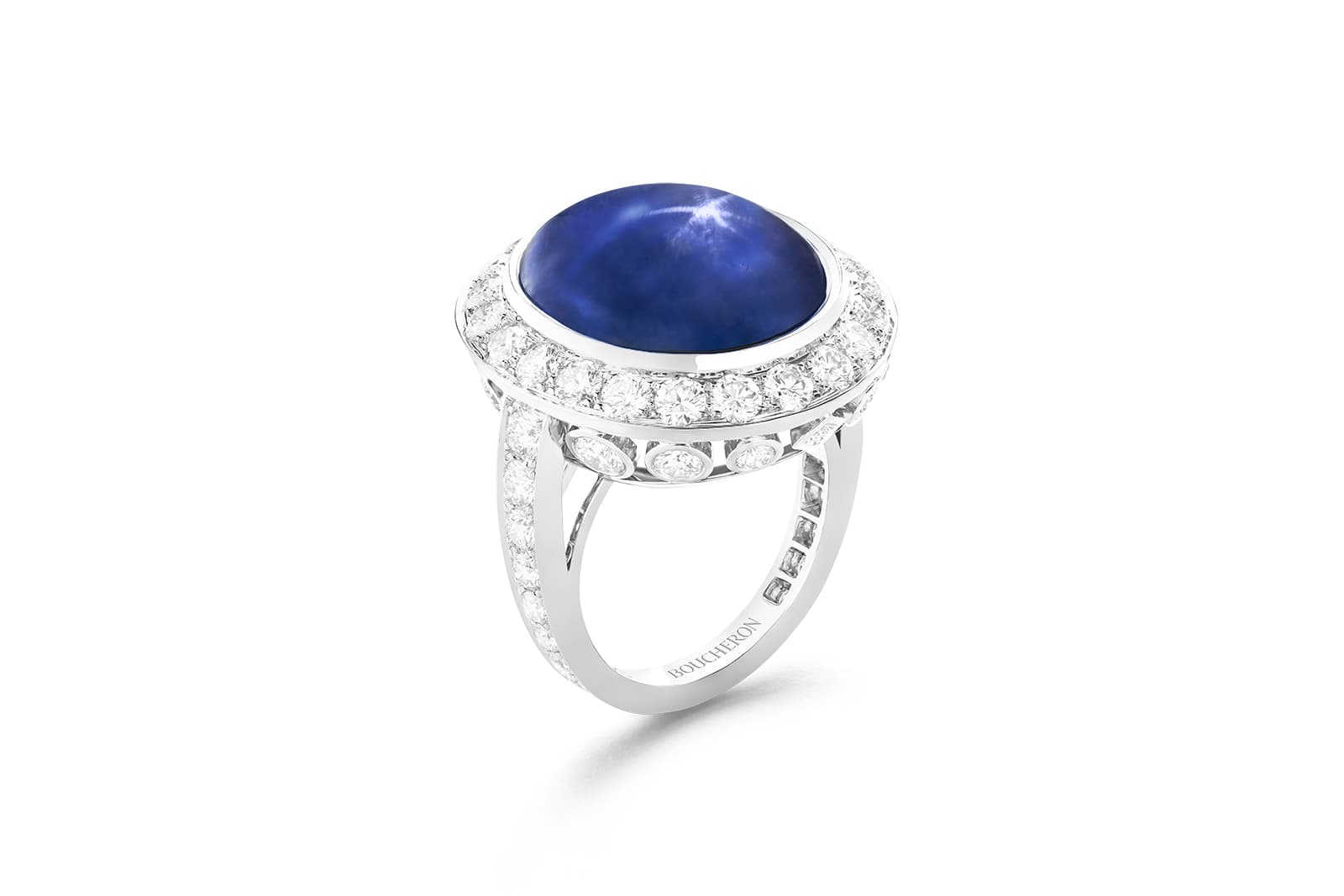 If you regularly read my articles, you surely remember that I’ve mentioned countless times the radiant qualities of and rubies and sapphires from Kashmir and Burma, respectively. But what makes these locations special? Corundum found there is often, but not always, imbued with the presence of ‘silk’ – an interior veil of fine rutile needles that create a velvety effect by scattering light and creating an ethereal luminosity without affecting transparency. I promise if you held one of these stones in your hand you would be able to sense, if not directly observe, the difference ‘silk’ can make. This is extremely rare though, so it could be a once in a lifetime experience. 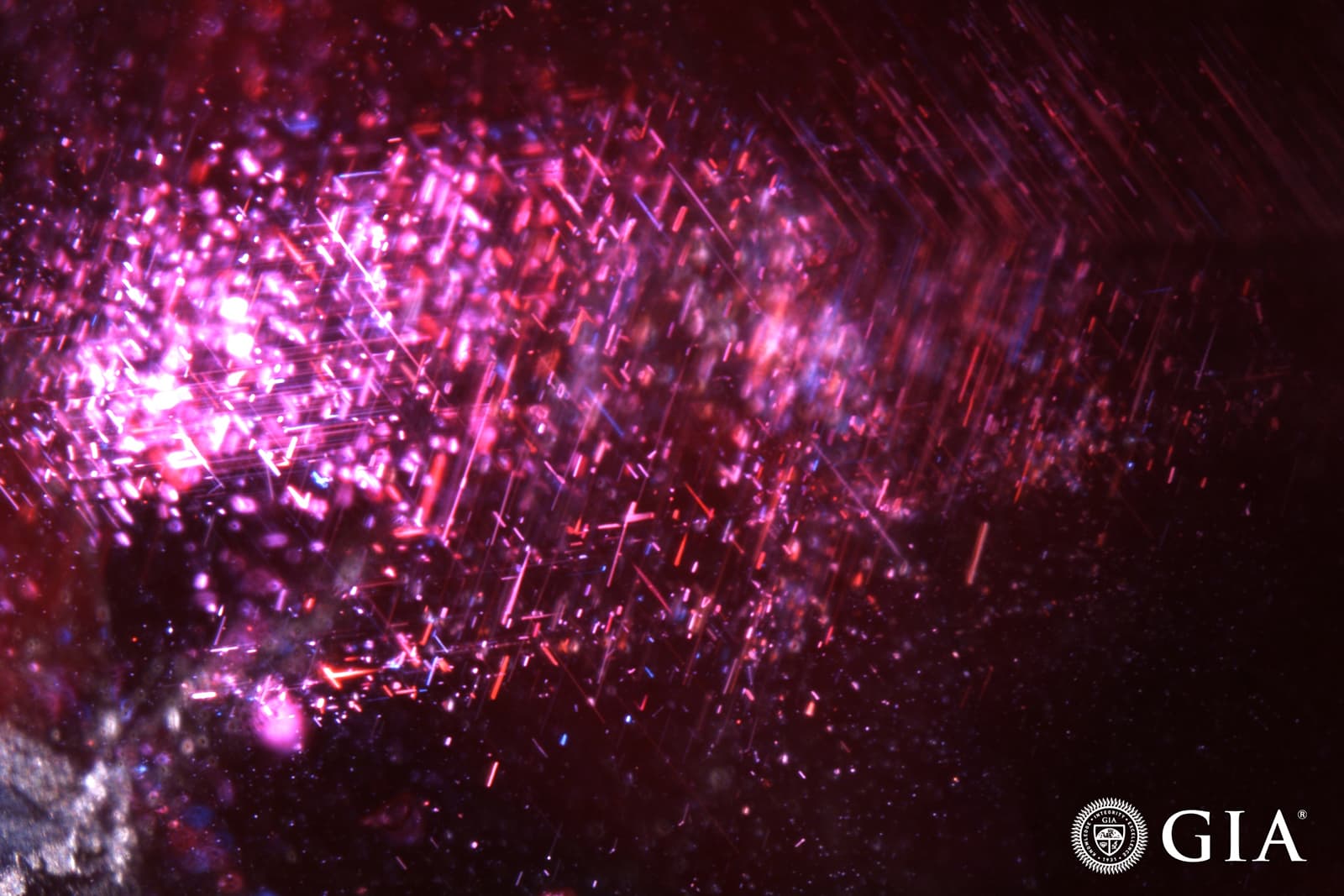 I must admit, this is one of my favourite ‘imperfections’ because it’s often, but not always, a sign that a verdant green demantoid garnet has been mined in Russia. This particular inclusion is usually made of two minerals – flared lines of chrysotile and a central opaque crystal core – that give the impression of a horse’s tail or a firework at the moment it explodes. The presence of a horsetail inclusion isn’t necessarily something a jeweller will look for, but it is an exciting moment for any gemmologist to see a perfectly composed horsetail within a stone. Some can even be seen by eye alone! Unfortunately, high-quality demantoid garnets, especially from Russia, are so rare these days that they are hardly ever found in contemporary jewellery. 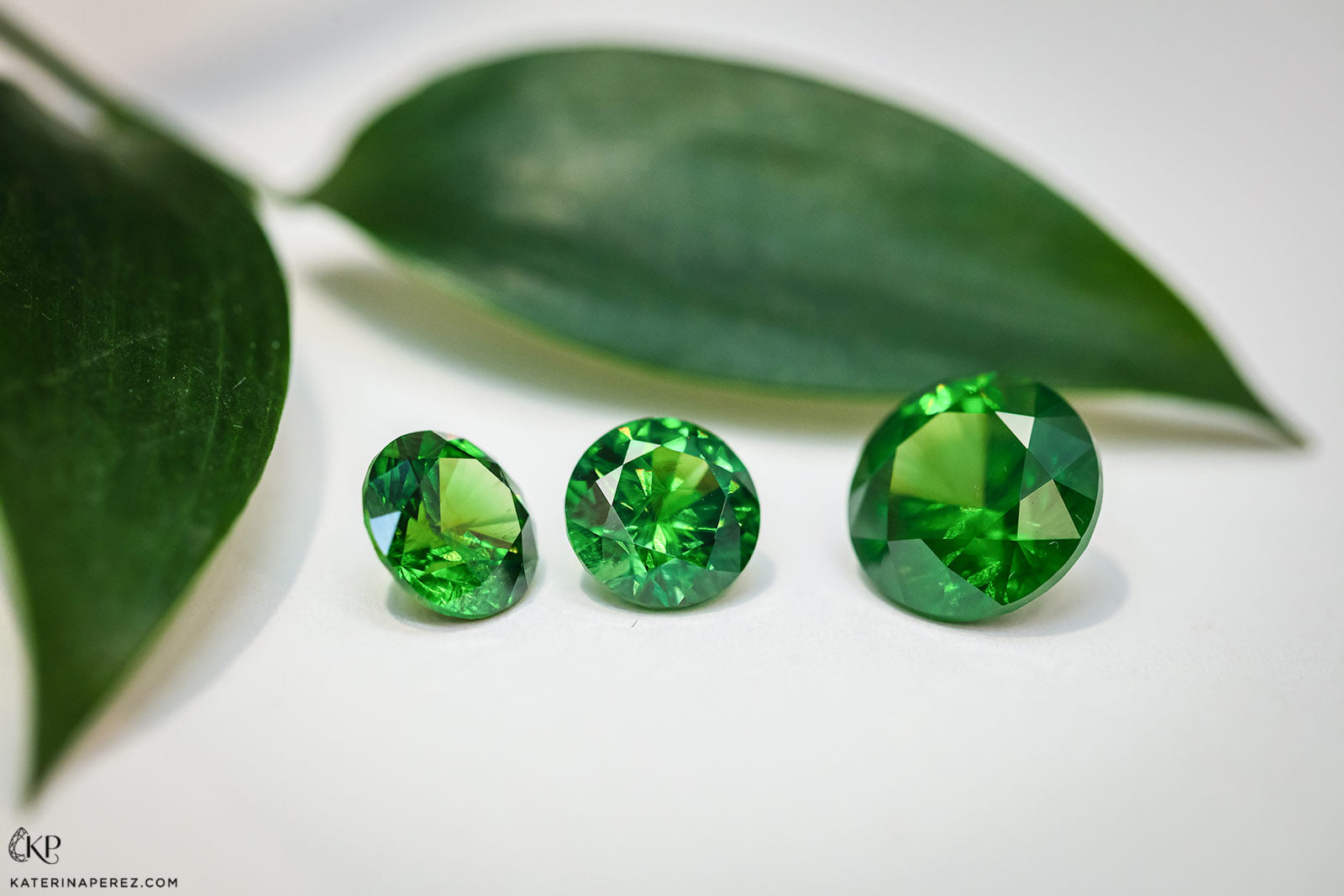 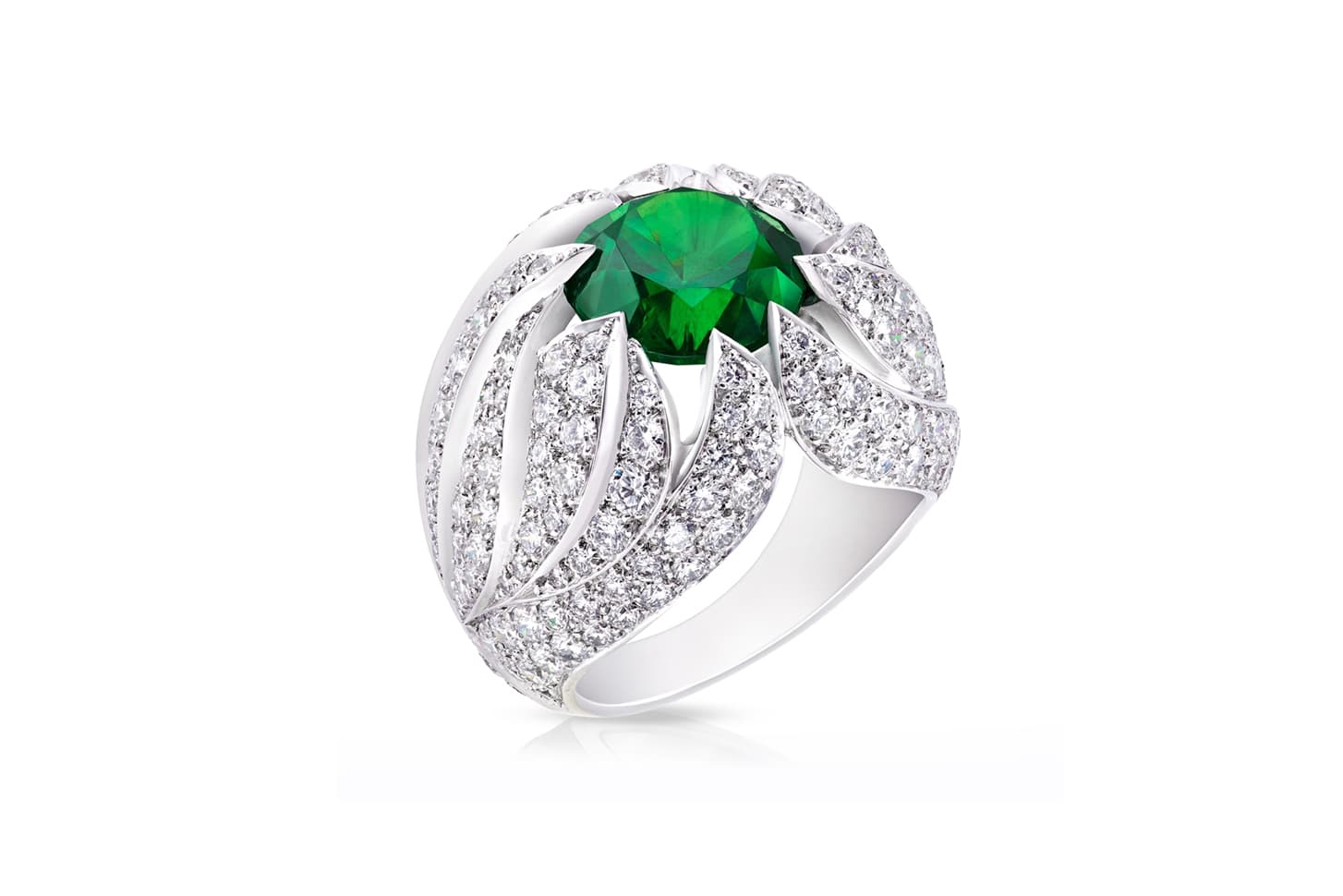 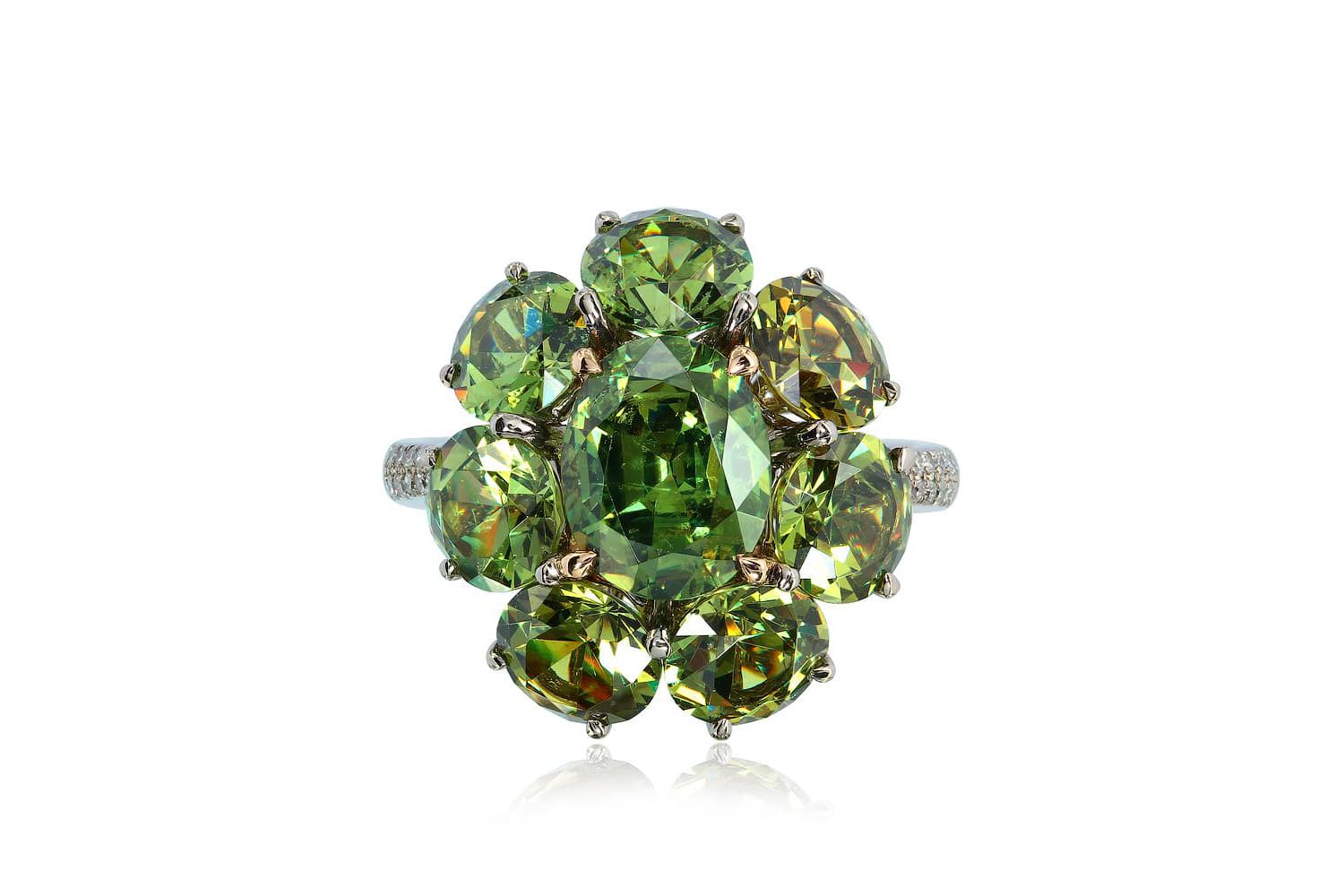 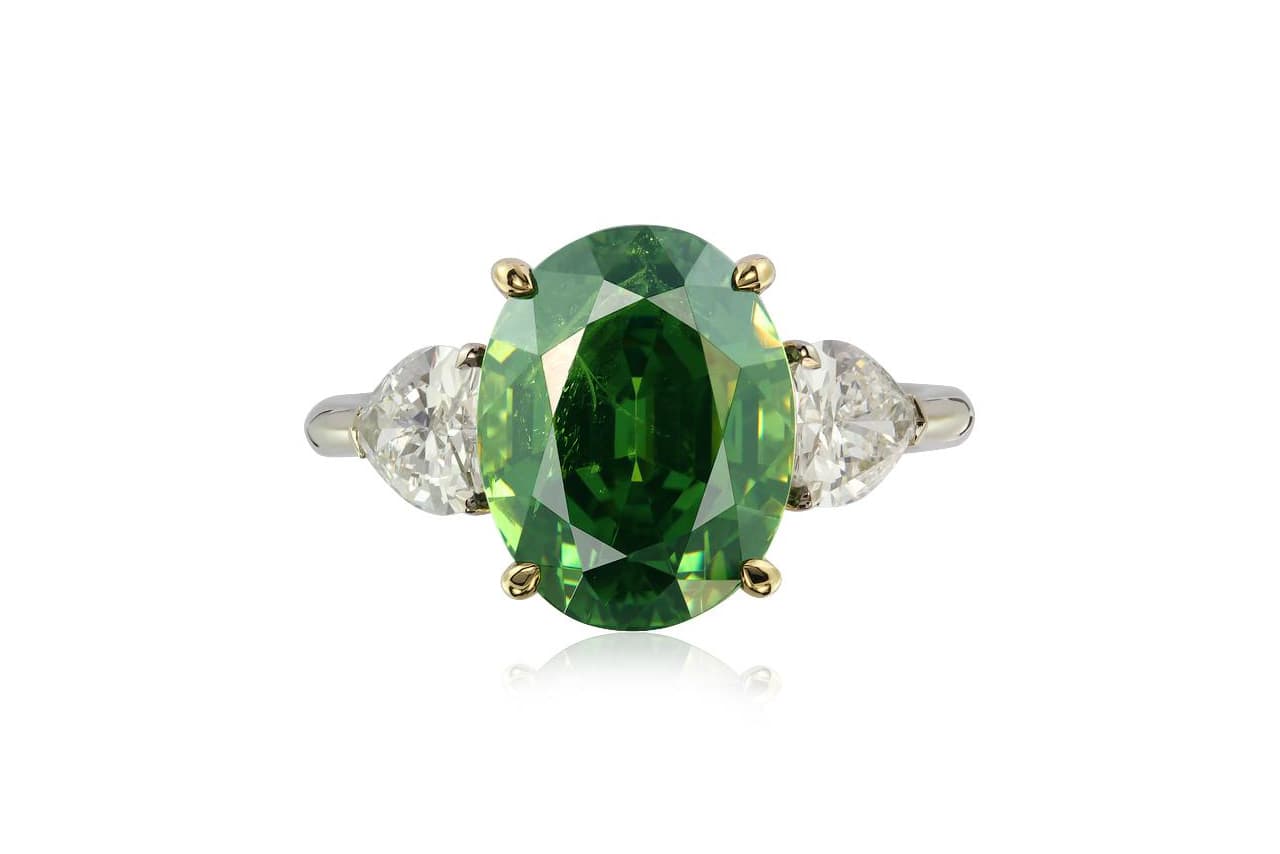 This is what makes the world of gemstones so endlessly fascinating, reader. Even those striving for perfection may find themselves detoured on a pathway that’s a little less perfect, but a whole lot more interesting and, potentially, even more valuable.