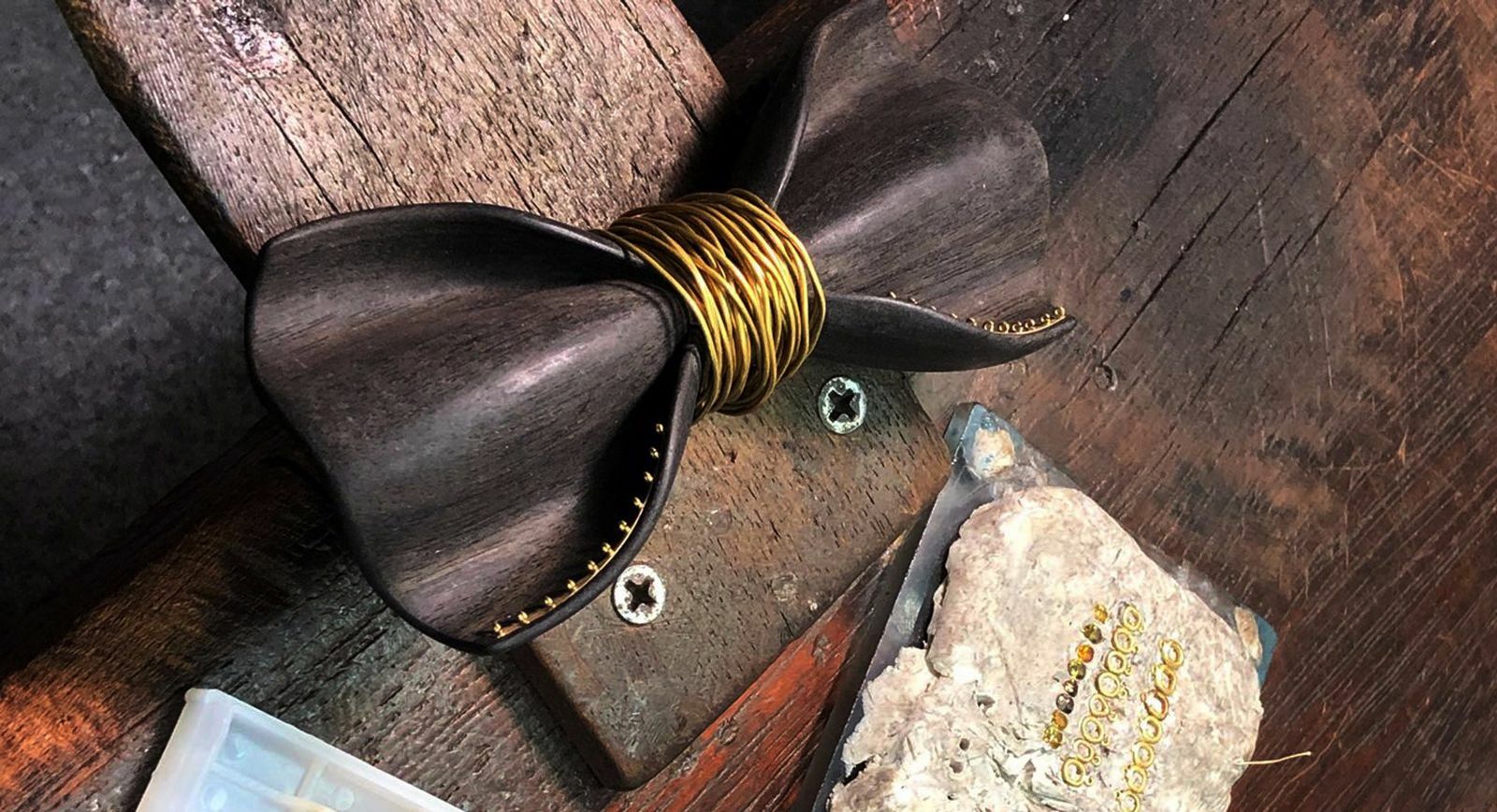 Alessio Boschi is an artist who is known for creating extraordinary jewellery with unique precious gemstones, incorporating complex design elements. His pieces are always imbued with a meaningful sentiment and sense of history, elevating what seems to be a beautiful jewel to a piece of art. For this year’s Baselworld Watch and Jewellery fair Alessio has prepared something special - his first ever men’s fine jewellery collection.

“This collection ideologically follows on from last year’s ‘Grand Tour’ when we were exploring the grand cities of Italy with our jewellery. This year I found inspiration from the men who took part in the Grand Tour; the dandies and creative, enlightened, sophisticated gentlemen of the Romantic age," says Alessio Boschi.

The 'Dandy’ collection embodies the archetypal English Dandy – first defined in type by Beau Brummel, an iconic figure in Regency England – and the Western European of the late 18th and early 19th Century. The‘Dandy’ would partake in the Grand Tour to study the cultural history of Italy, many of these gentlemen were enchanted by the romanticism of Rome, because of the ancient history of the city where - at the time - grand monuments such as the Colosseum were almost abandoned. These Dandy tourists chose bespoke micromosaic images of these monuments as their souvenirs of Rome. 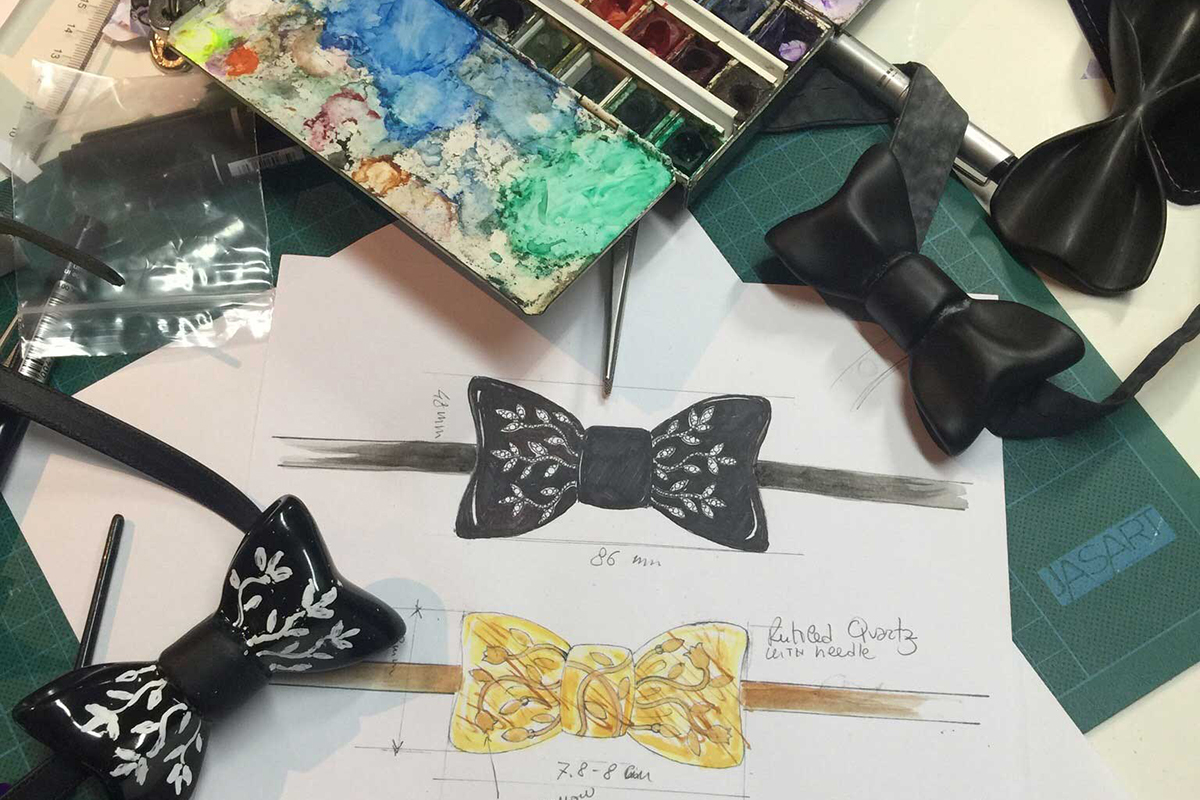 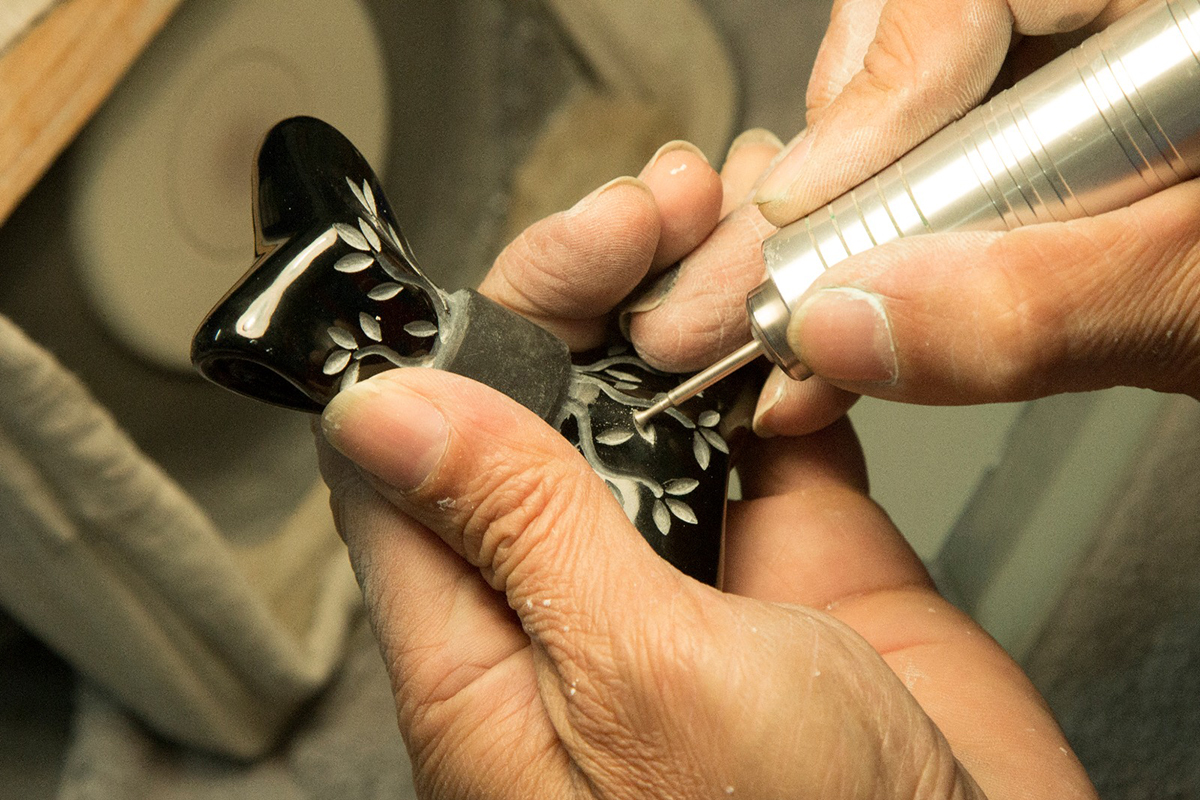 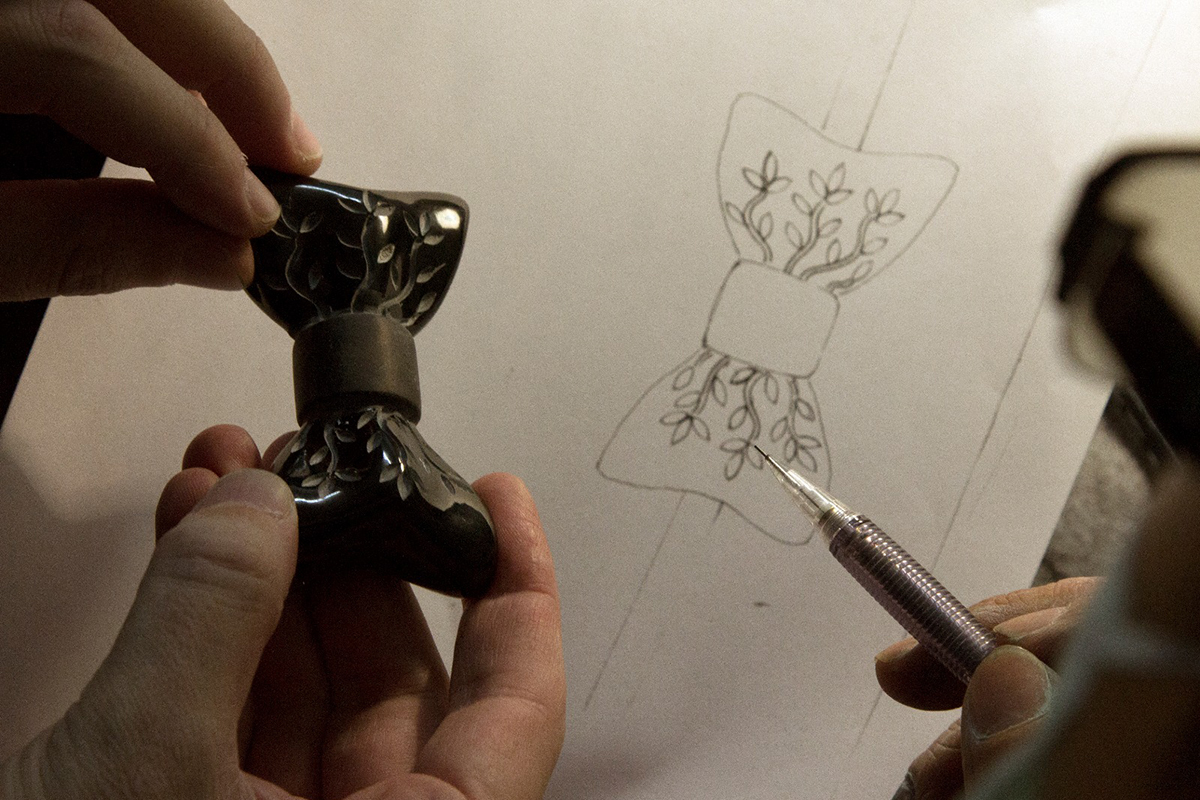 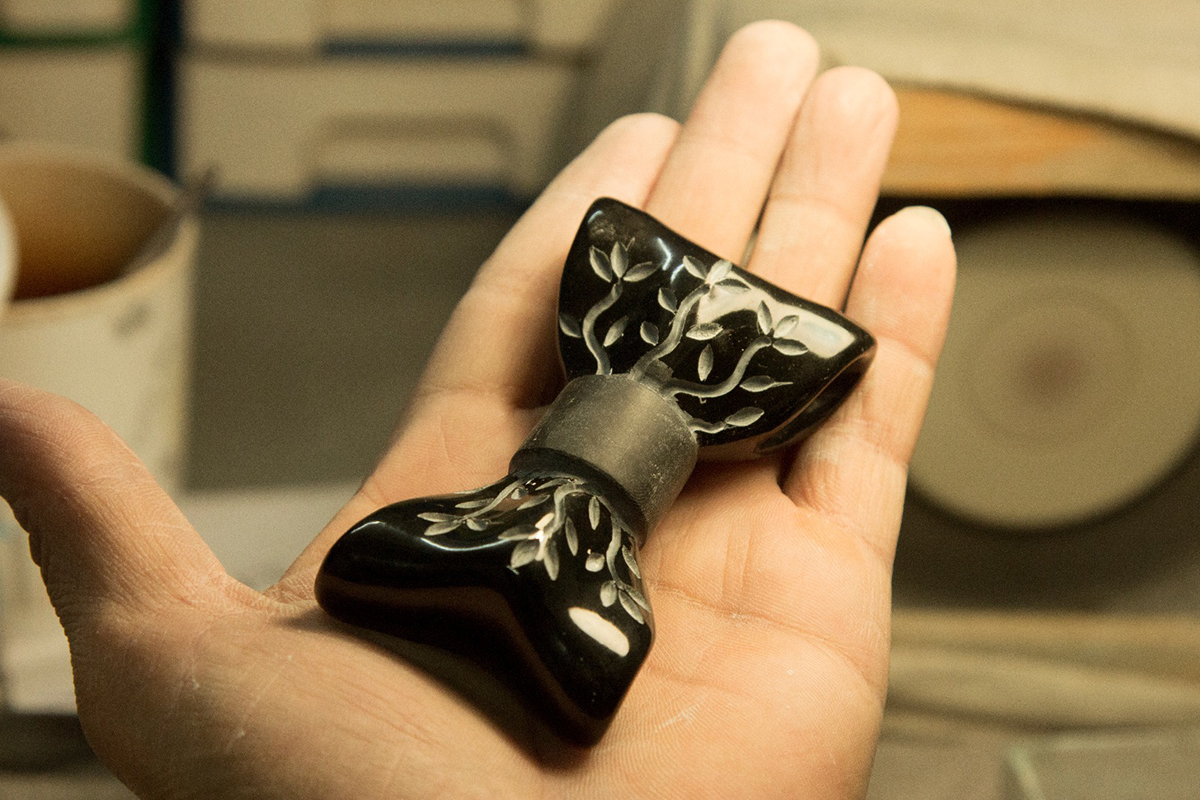 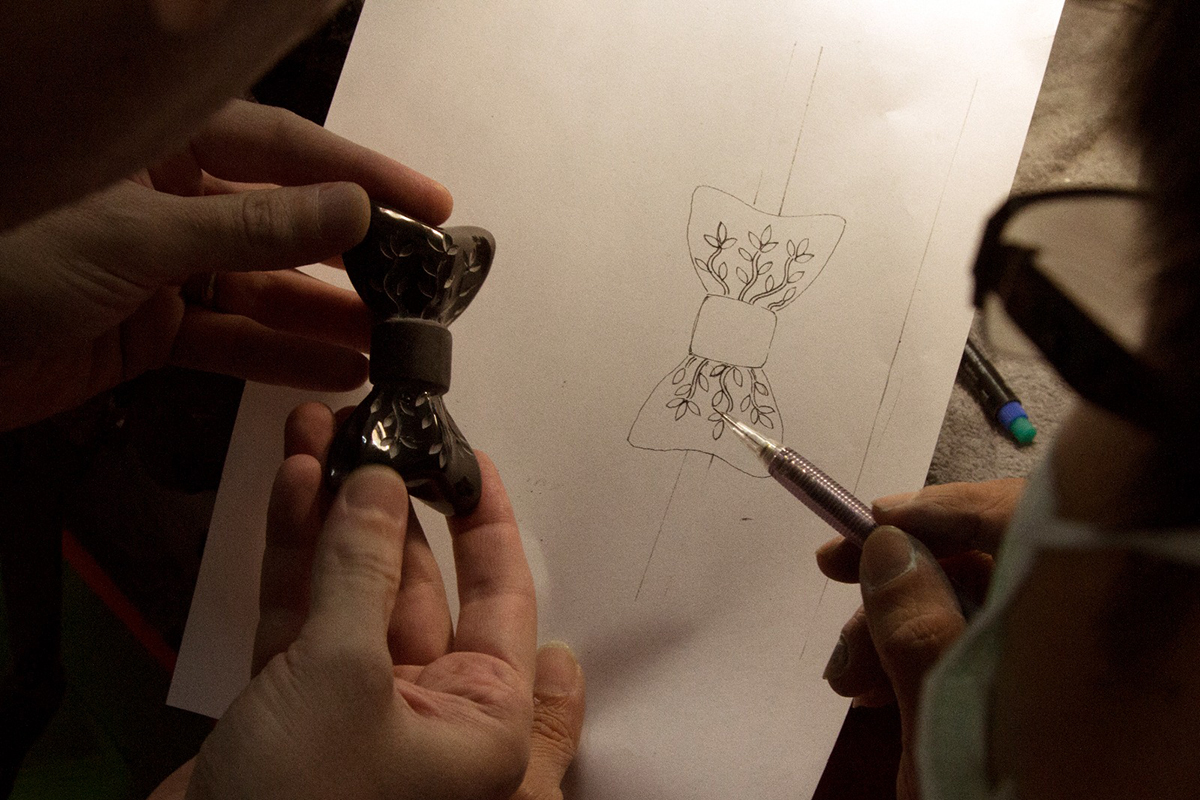 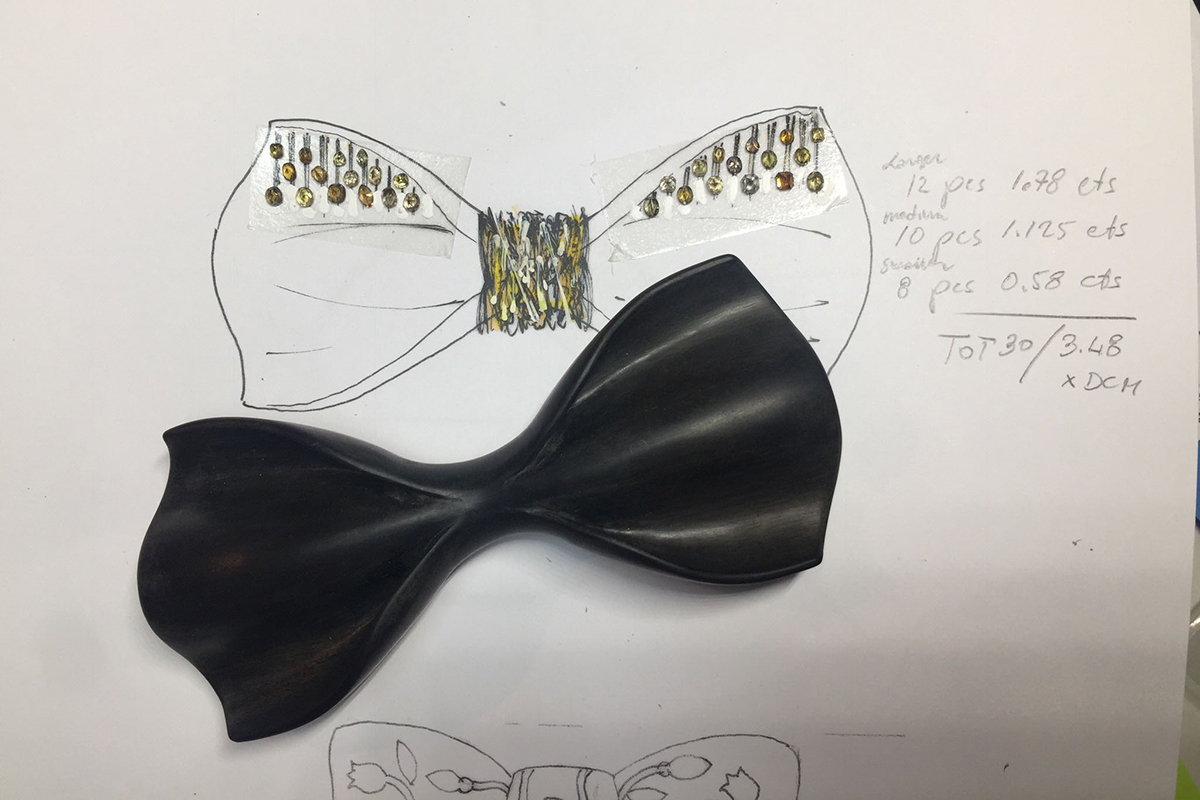 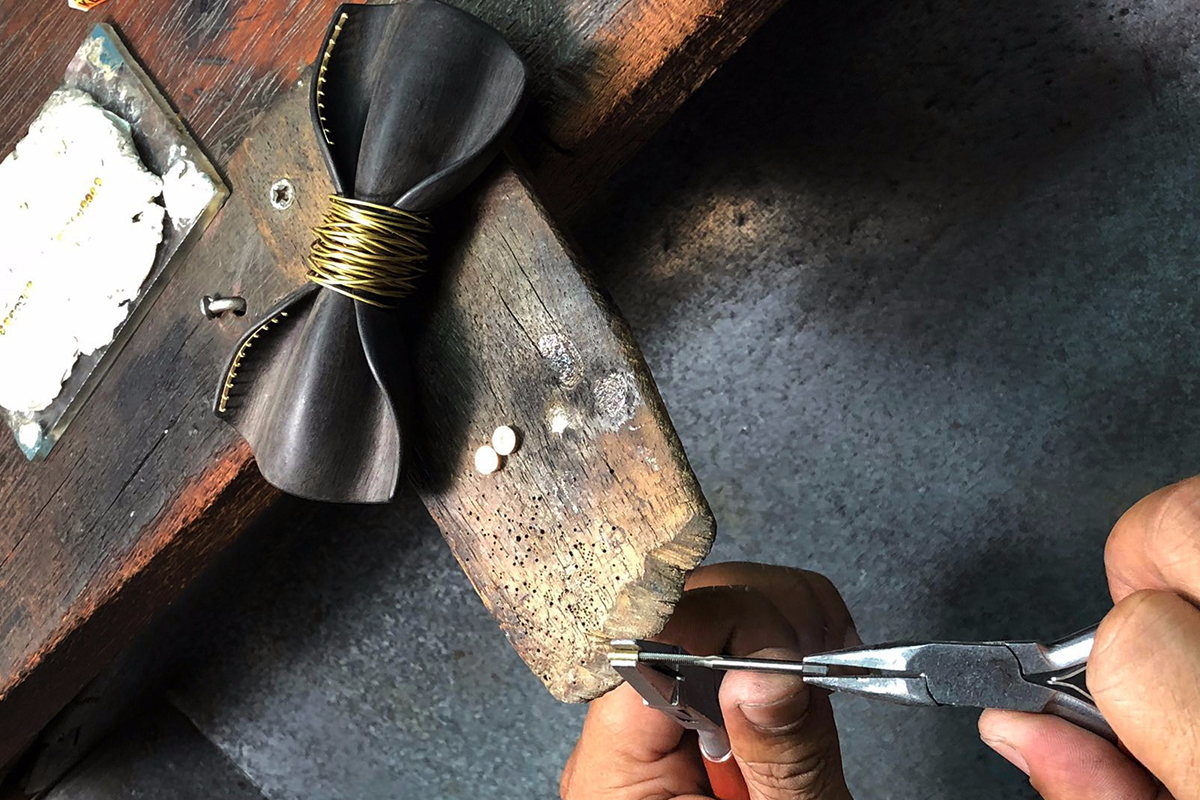 The technique of micromosaic was born in 19th Century Rome, and Alessio Boschi adores the history, beauty and cultural significance of this art form. Having previously collaborated with his micromosaic expert friends from Le Sibille, Alessio then discovered by chance that his very own uncle Gianni was one of the biggest collectors of micromosaic art in the world.

The aim of the new ‘Dandy’ collection is to re-interpret the ideas which were the foundation of the Dandy dressing, and create fine jewellery pieces which are inspired by the attention to detail and the importance of sophistication in menswear which the Dandies championed. For this, Alessio decided to create a set of unique pieces, which incorporate ancient elements and antique inspired art pieces. “It is the attention to detail in menswear which the Dandies possess, I thought: Why don’t I connect my Uncle, his collection of micro mosaic, and my passion for the art form and technique, with my collection?” 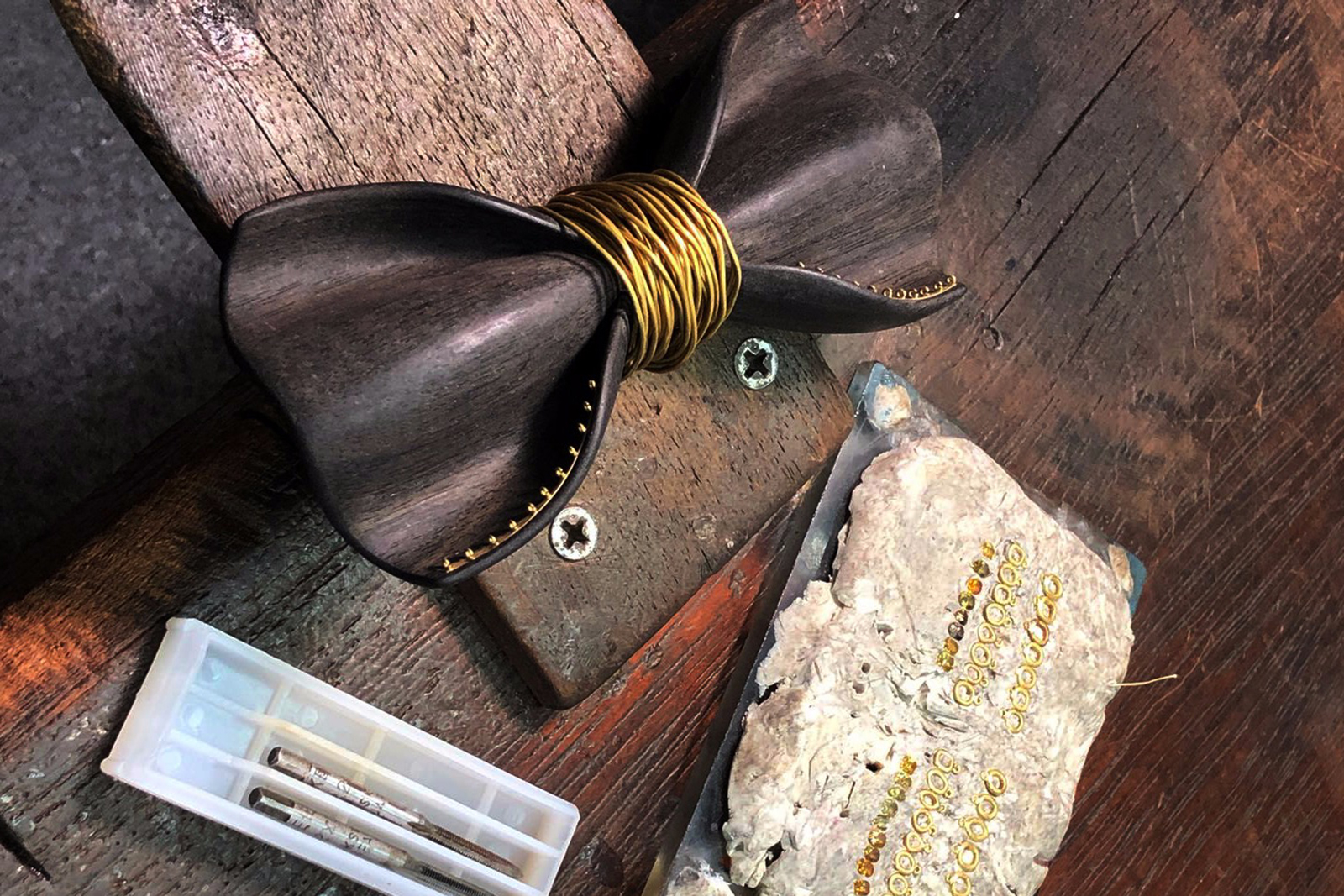 The first piece is a bowtie, of which for now only two versions were produced; one in black jade and one in carved wood. The black jade version features a pattern of foliage carved by the third-generation master engravers, who has worked for some of the biggest jewellery houses in the world. On top of that the piece is inlaid with delicate diamonds in the ‘ramage’ technique which Alessio discovered in Rome. The second bow tie is made out of wood, and bedecked in fine yellow gold chains with fancy yellow diamonds which hang trembling from the chains as the wearer moves.

Another interpretation of fine jewellery for the modern dandy incorporates Alessio’s beloved micromosaic; the jewellery watch. This is the first time the Italian designer has decided to create a timepiece - or rather a jewel that tells the time. Inspired by a selection of dog portraits which he discovered in Rome that had been crafted in micro mosaic in the 19th century – and coinciding with the Chinese Year of the Dog for 2018 – he asked his favourite master craftsman maestro Roberto Grieco to reimagine a micromosaic of a barking dog, the image of which was taken from a 2nd century mosaic discovered in Pompeii. This took over a month of meticulous work to complete, utilising over 1500 micro tesserae. The watch features a Swiss movement ETA 2428, a sapphire glass case and a French hand-stitched black alligator strap. and then the setting of the bezel and the buckle is paved with 1034 colourless and black diamonds. As part of the attention to detail that Alessio demonstrates, he presents the watch in an original restored 1930s walnut wood case, with an exquisite art deco bronze dog on the lid. 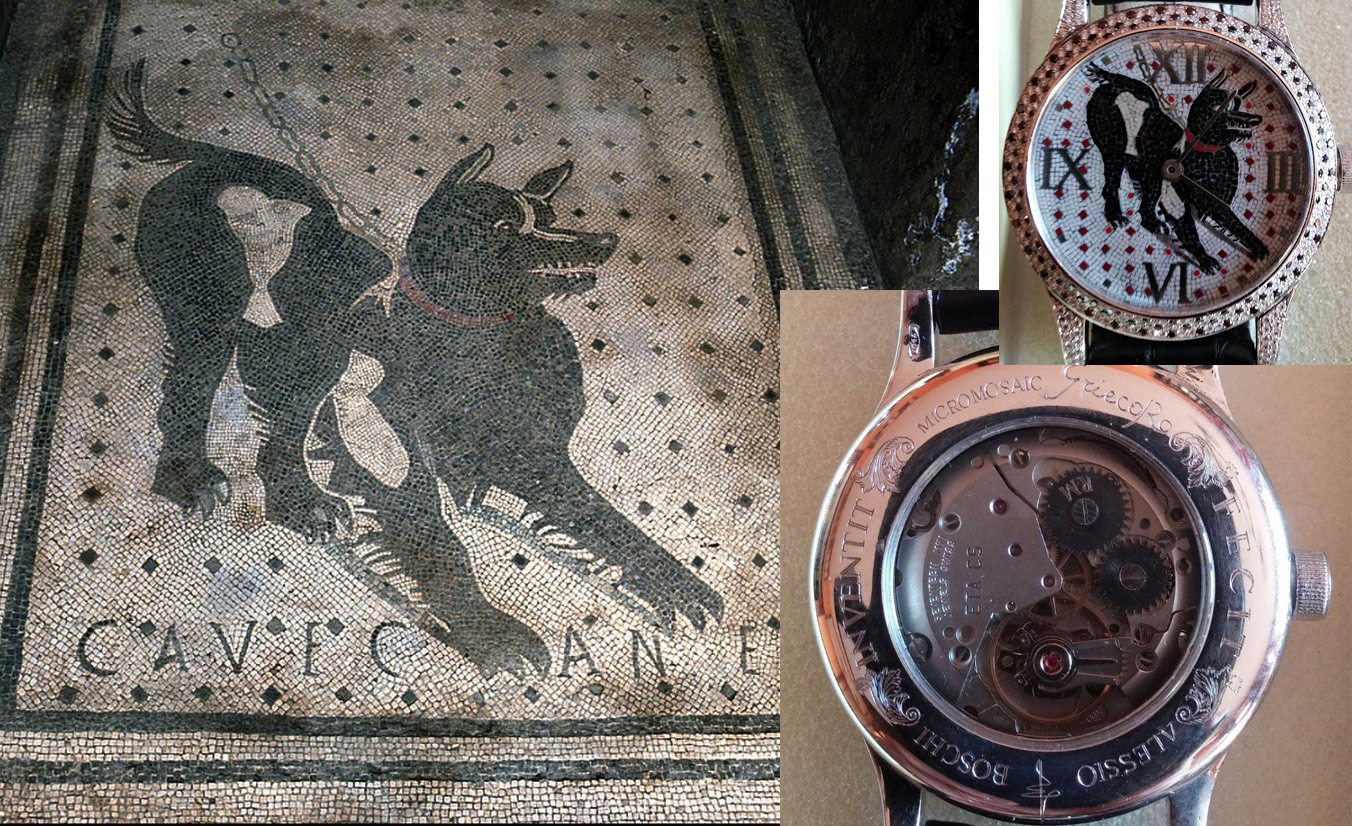 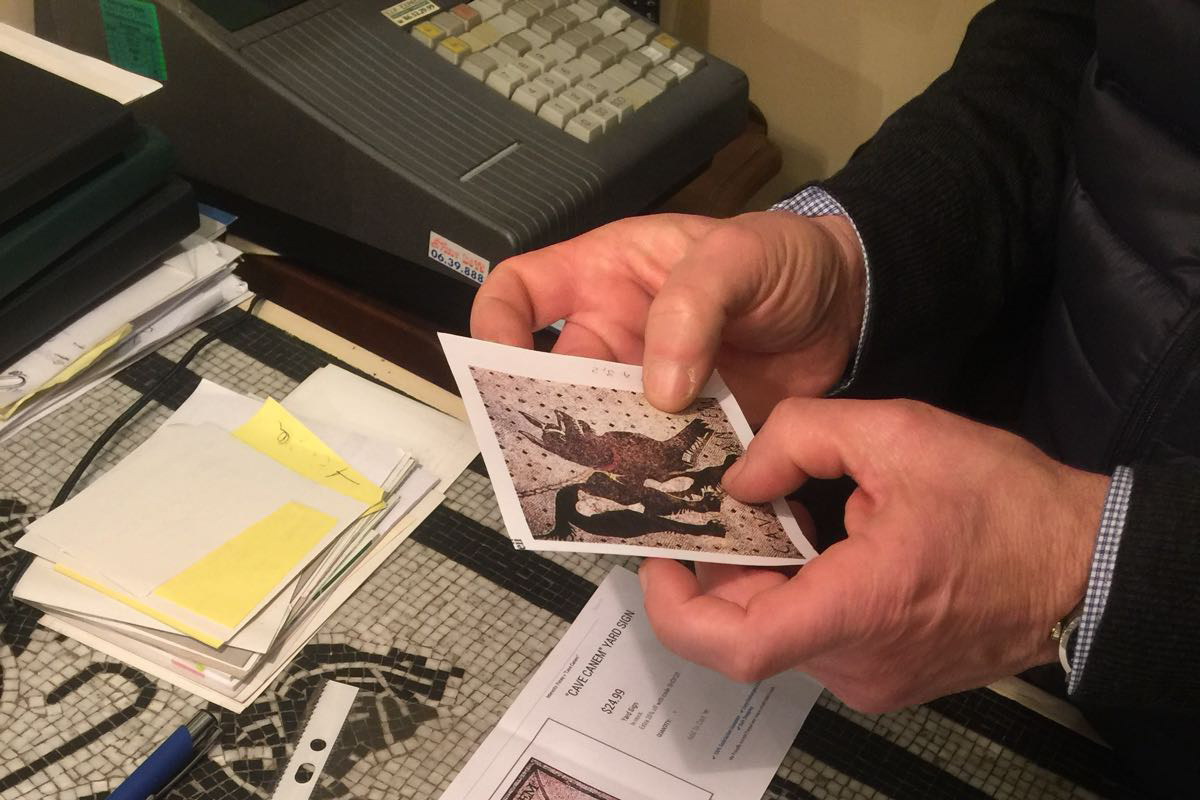 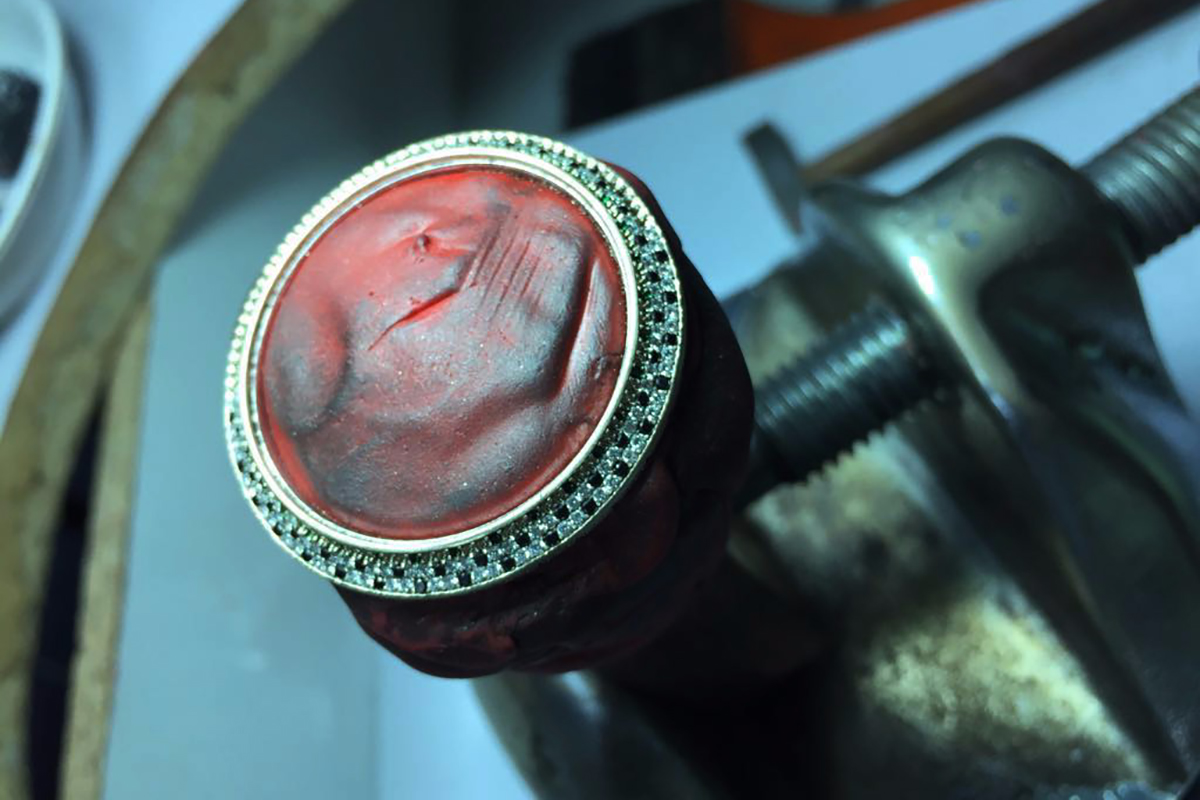 One of Rome’s most famous monuments – the Mouth of Truth – is paid tribute to in the belt which is part of the ‘Dandy’ collection. The round buckle of the belt is a 7cm masterpiece plate made by Roberto in 2015. When Alessio first saw the piece, he was “left speechless,” because the clarity of the image is such that at first glance it could easily be mistaken for a painting. Once you move the belt, the mosaic reveals its true nature, having been finished using an ancient Roman polishing technique which Roberto is an expert in. The spiral pattern around the mask is inspired by the floor of the Church of Santa Maria in Cosmedin in Rome. The frame of the buckle is designed to follow the same pattern of the Cosmatesque floor, and is decorated in yellow gold, champagne and natural yellow diamonds, with black rose cut diamonds inside the round spirals to accent the mosaic artwork.

The level of detail achieved in these pieces has to be seen to be believed; even the bridge on the belt is decorated with fluted columns and the eggs, dart and volutes engravings typical of the Ionic Order’s columns within the capital. The Buckle's pin which will be inserted in the holes of the black ostrich belt is itself a simplification of Doric column with a rose cut black diamond placed over the capital disc. Every element of each piece within this collection has been crafted to the highest standard by the very best artisans in each field, and created using the most exceptional materials. 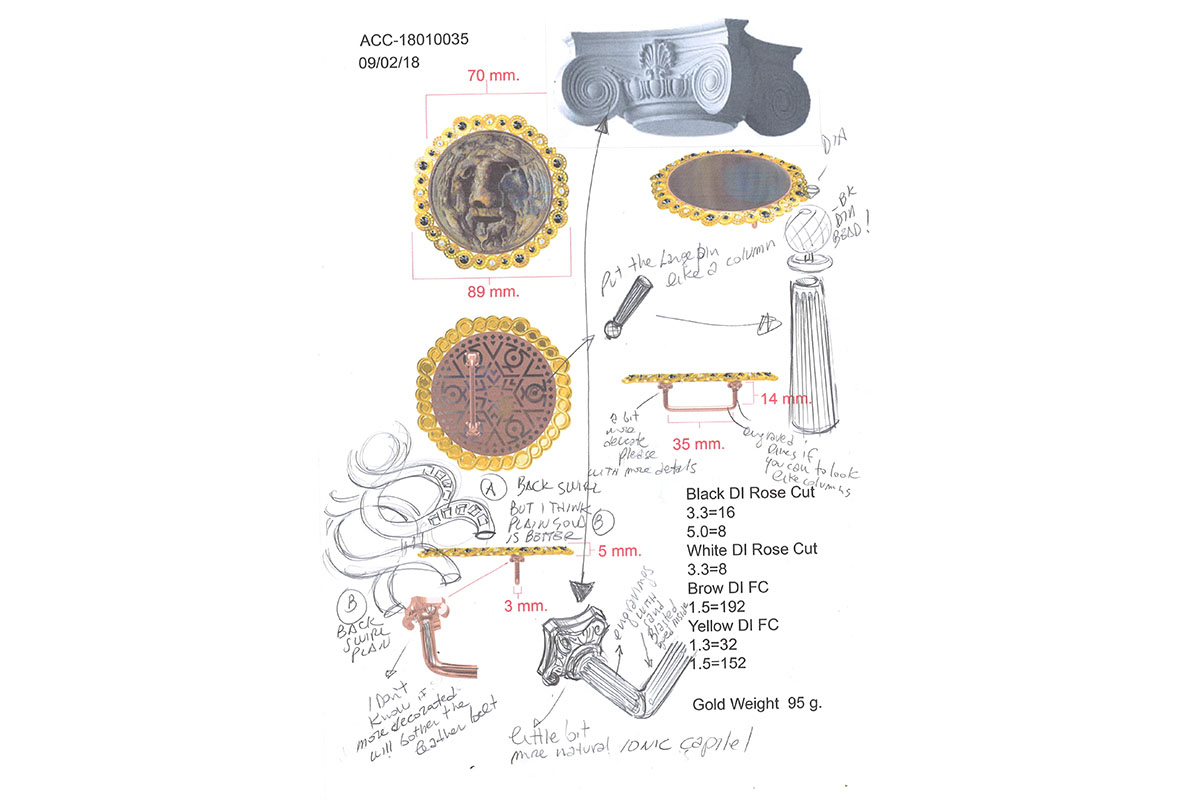 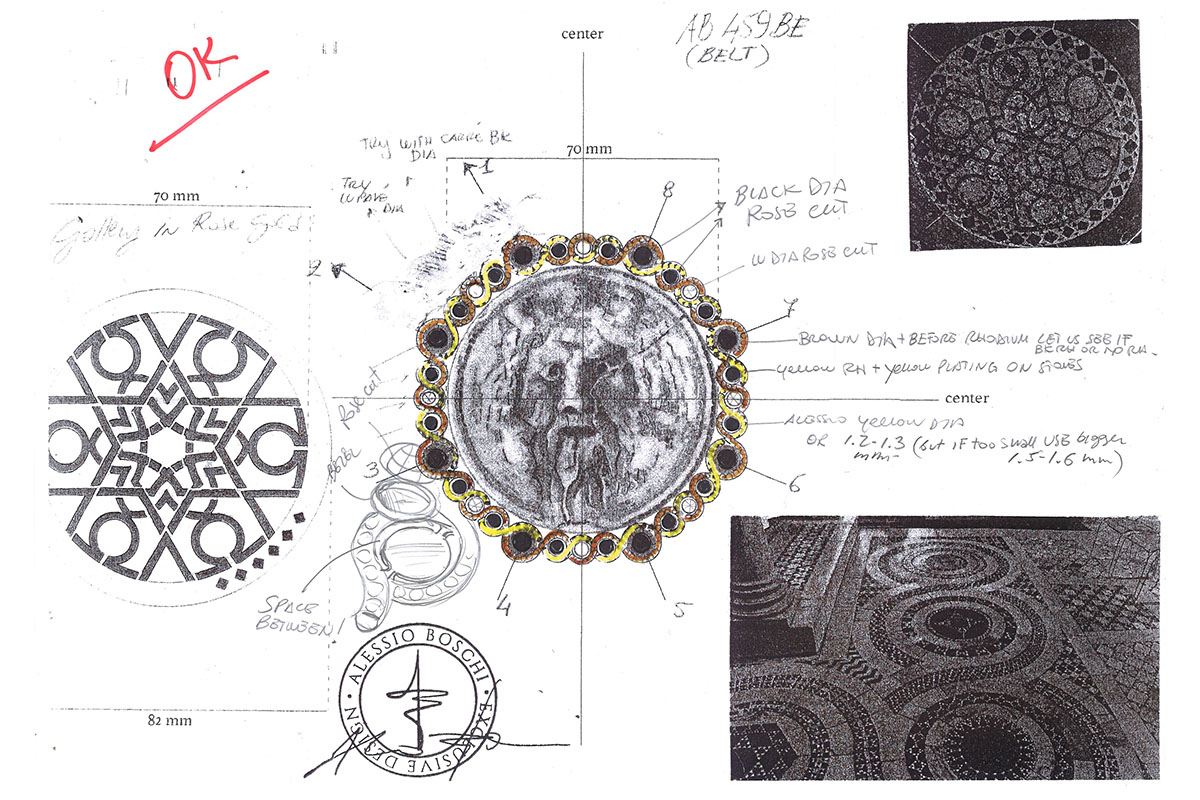 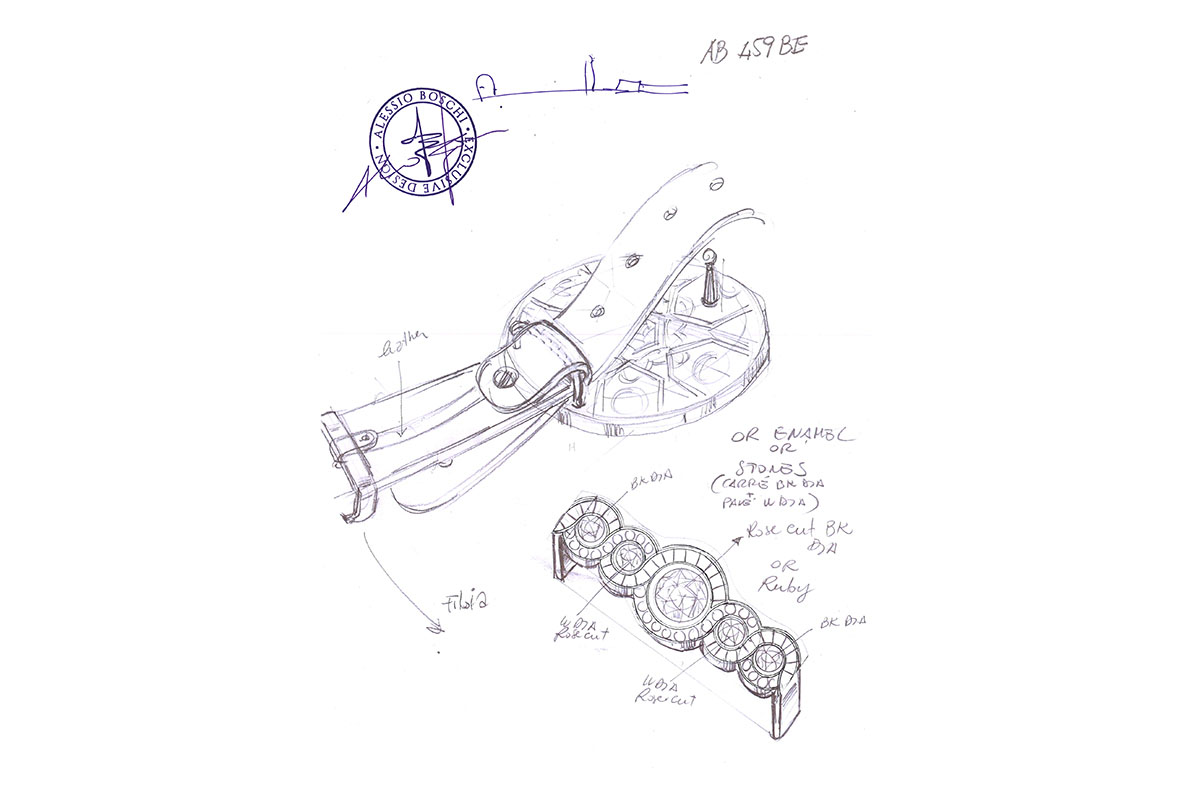 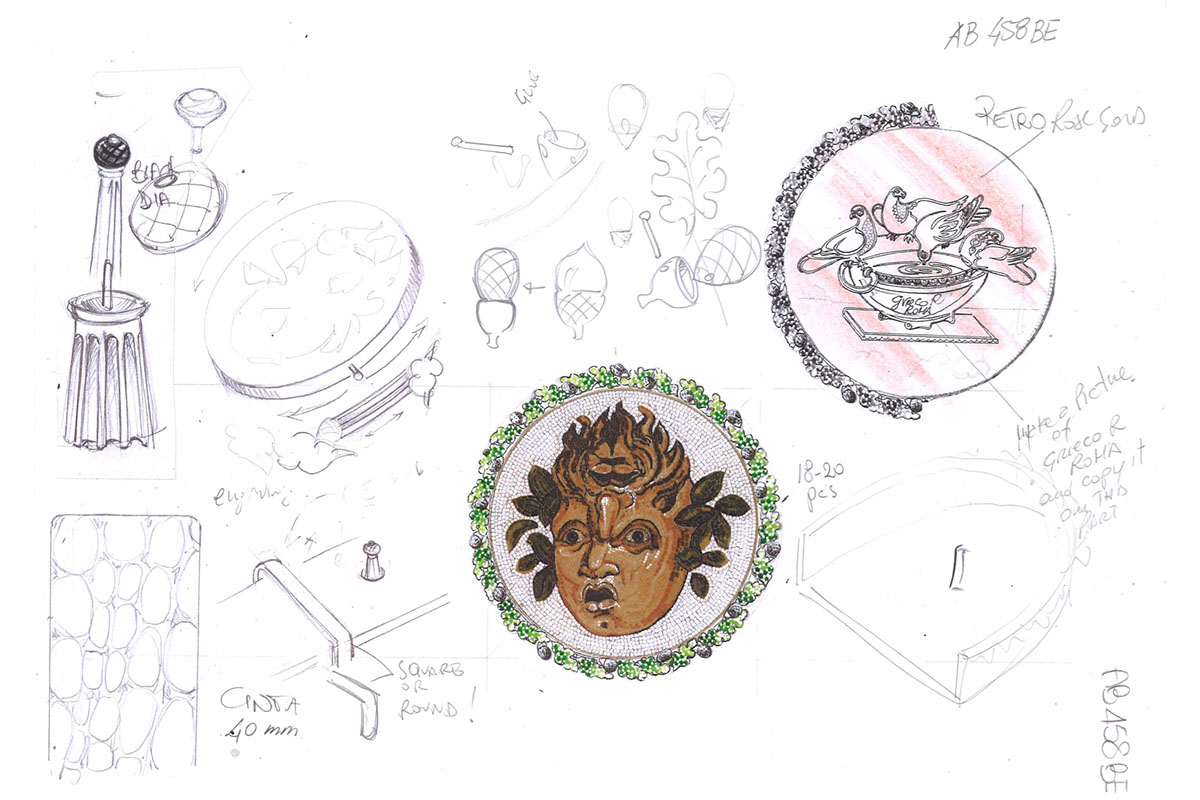 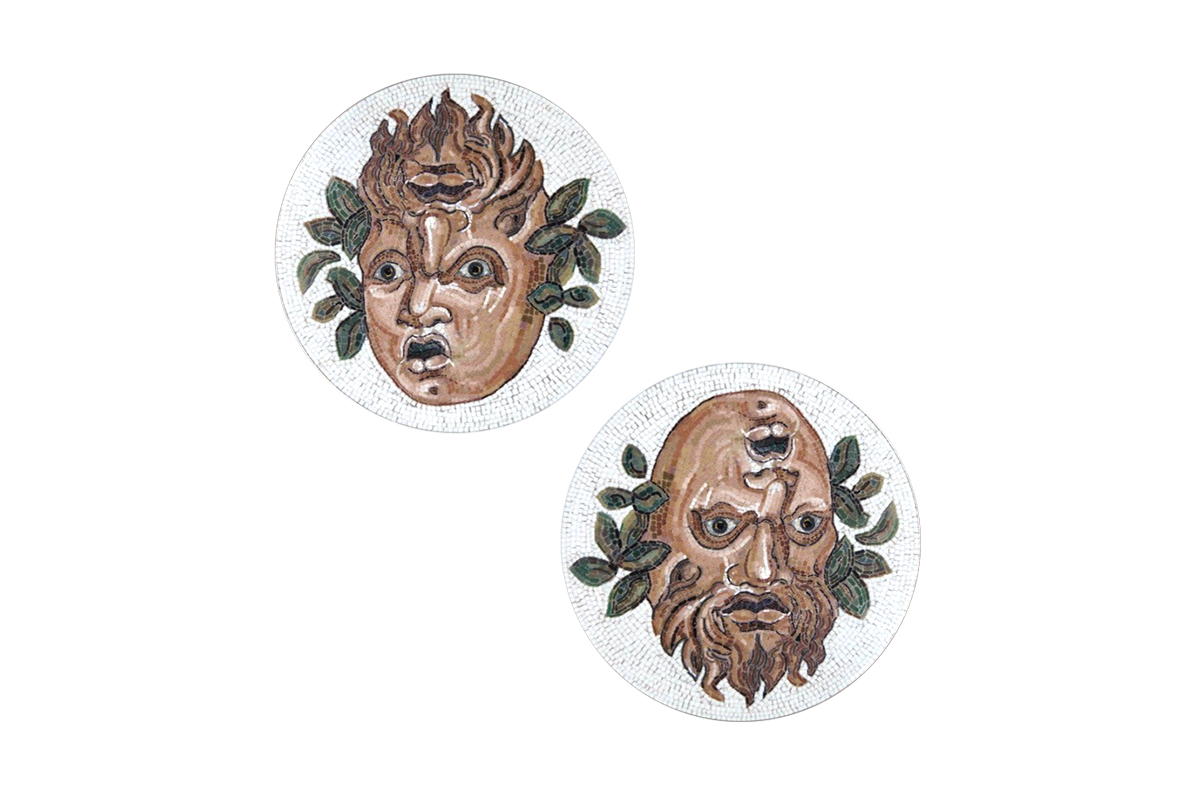 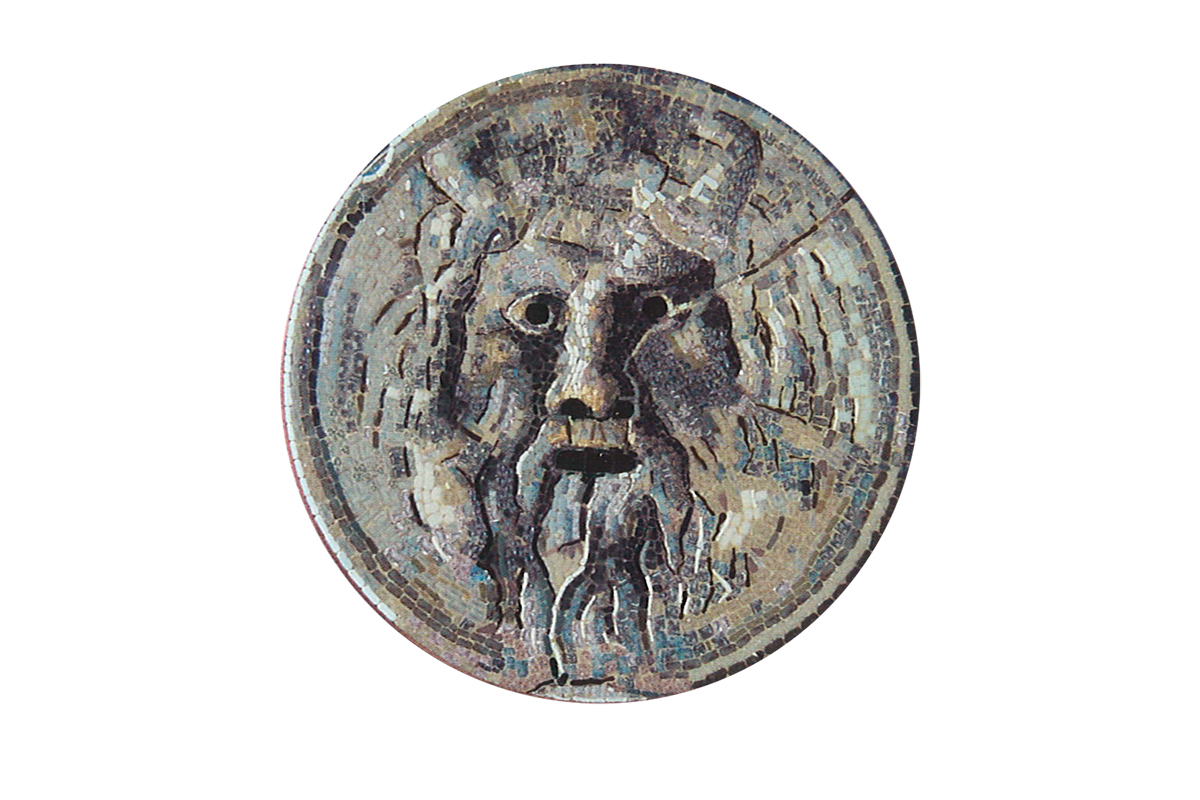 The world Alessio Boschi has created with this ‘Dandy’ collection is one which has a myriad of complex historical influences; from the Grand Tour, to the architecture of the Eternal city, to the gentlemen who would visit this architecture, and the artistic techniques which they would have encountered in 19th century Rome. Make sure to witness these pieces for yourself at Baselworld 2018, should you be fortunate enough to get the chance to meet Alessio and discover his passion for each of these masterpieces in person.