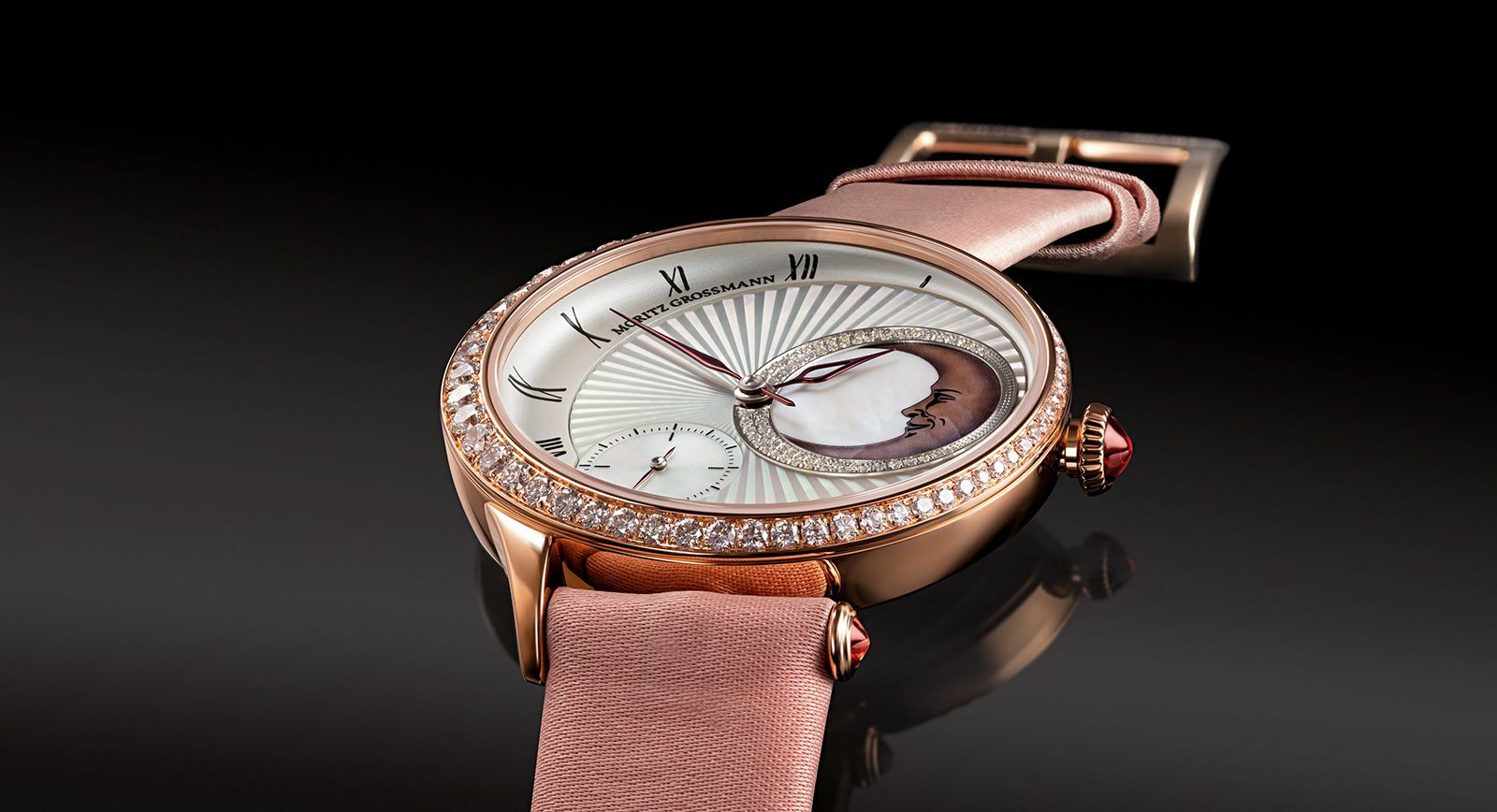 Michael Koh is considered one of the leading jewellery designers in Singapore, and his company, Caratell, is one of the city’s top luxury brands. In collaborations with Moritz Grossmann manufactory, he has created a Tefnut jewelled timepiece, Sleeping Beauty, which débuted at the international exhibition Baselworld.

Michael Koh is considered one of the leading jewellery designers in Singapore, and his company, Caratell, is one of the city’s top luxury brands. In collaborations with Moritz Grossmann manufactory, he has created a Tefnut jewelled timepiece, Sleeping Beauty, which débuted at the international exhibition Baselworld. Michael Koh is an artist and sculptor who transforms art into jewellery – and jewellery into art. In 1990, aged only 18, he became the youngest jewellery designer to ever receive the Diamond of Distinction award at the Young Designer Award. Many other awards followed. In 2004, Michael Koh founded his own manufactory and brand, Caratell, which in 2015 became one of the top ten jewellery brands in Singapore. Such rapid recognition of Michael Koh’s works is a testimony to their uniqueness and charisma, which are often called “poetry, frozen in metal”. 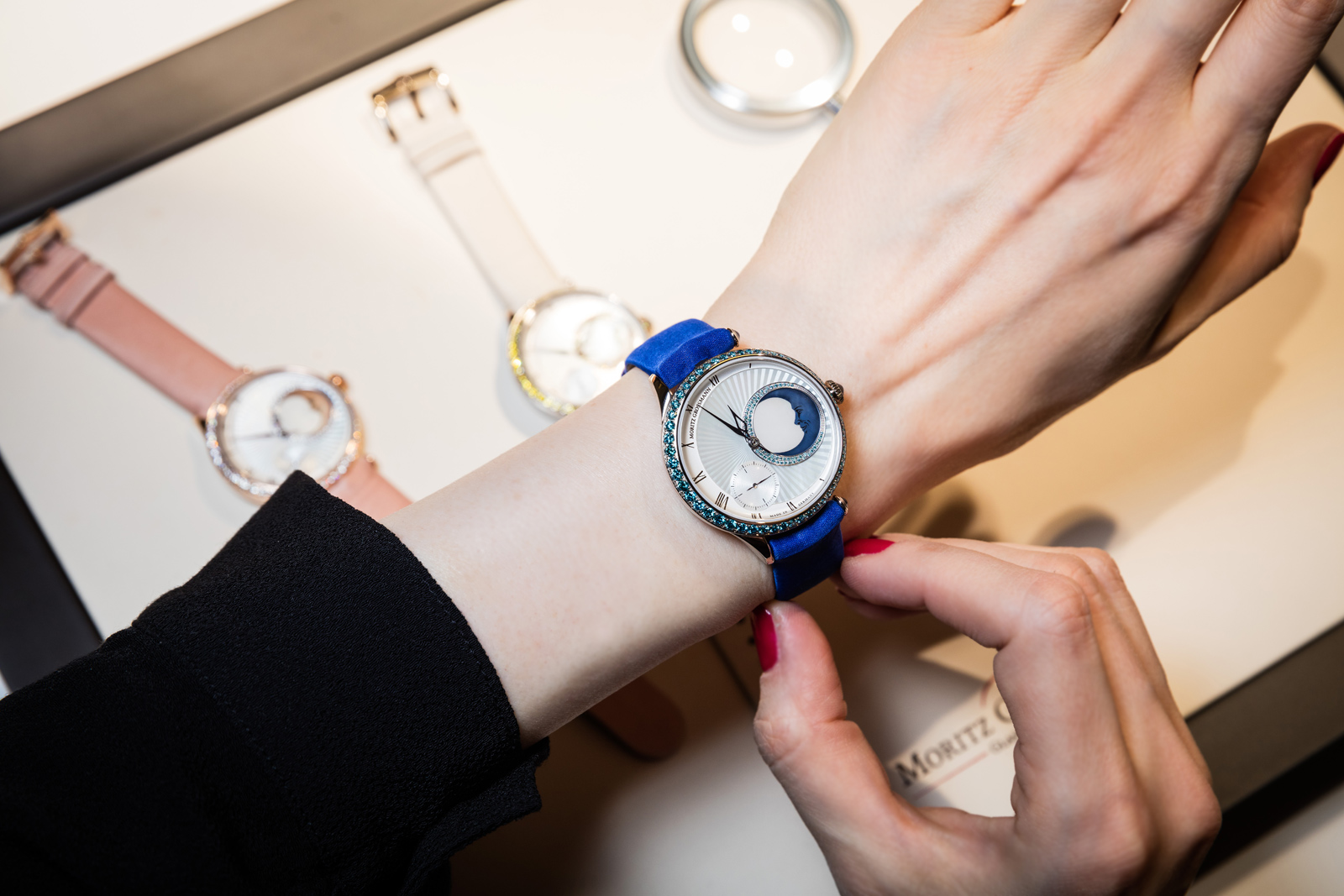 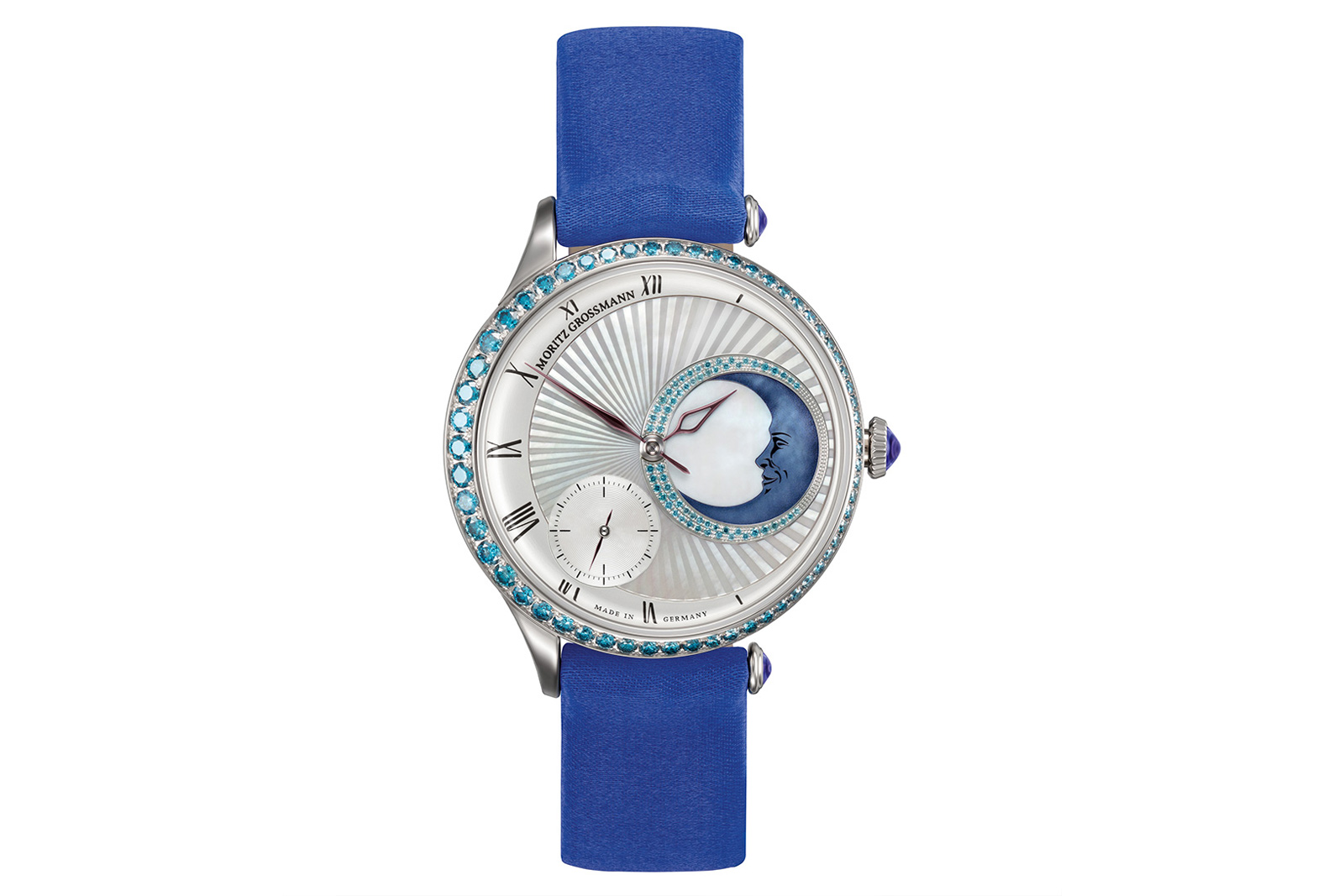 Christine Hutter, founder and CEO of Mortiz Grossman recalls her first meeting with Michael: “Last year we met each other during the Singapore Yacht show. I looked at his jewellery, he looked at my watches, and the next morning Michael already came up with some design ideas for the ladies watch". The history of the Moritz Grossman manufactory dates back to the 19th century. Retaining the best elements of its 100 years’ experience, the House pays special attention to modern technologies and, owing to this, often rethinks its approach to its work. All the crafted mechanisms of its watches are carefully developed and assembled in Germany, with less than 500 watches released every year.

The result of the first ever union of the German watch company and the Singaporean jewellery brand is the jewelled watch, Sleeping Beauty. The name of this model hints at the moment of awakening when the moon is about to finish its journey through the sky. As a final touch, Michael decorated the dial with a fairytale moon. He says: “The eclipse symbolises the encouraging fact that our two companies have come together on the common ground of a shared philosophy: the create a watch that is a masterpiece of timeless boundaries. As is well known, the eclipse is a rare phenomenon, just like the opportunity of working together on the “Sleeping Beauty” collection – it, too, is a rare chance.” 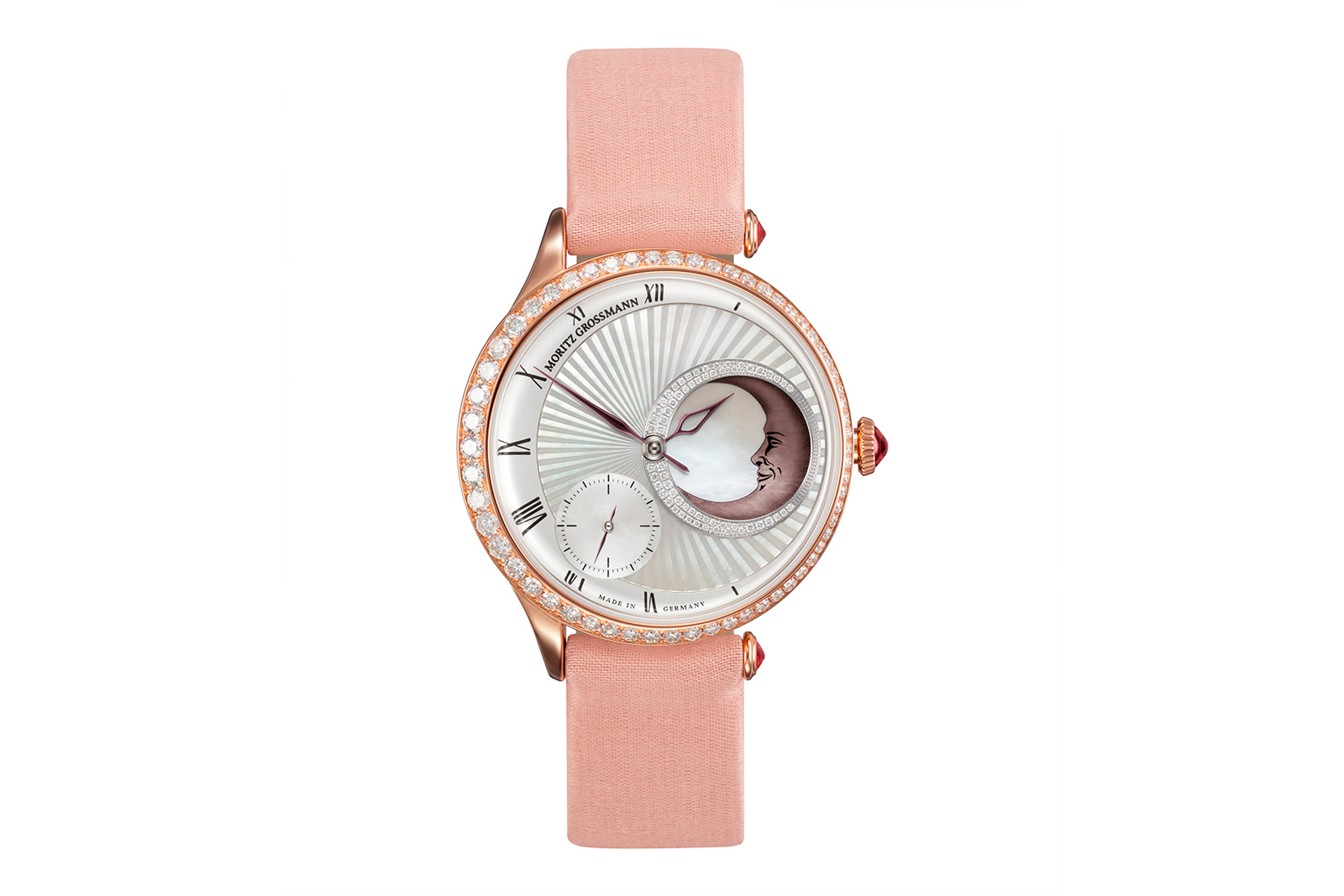 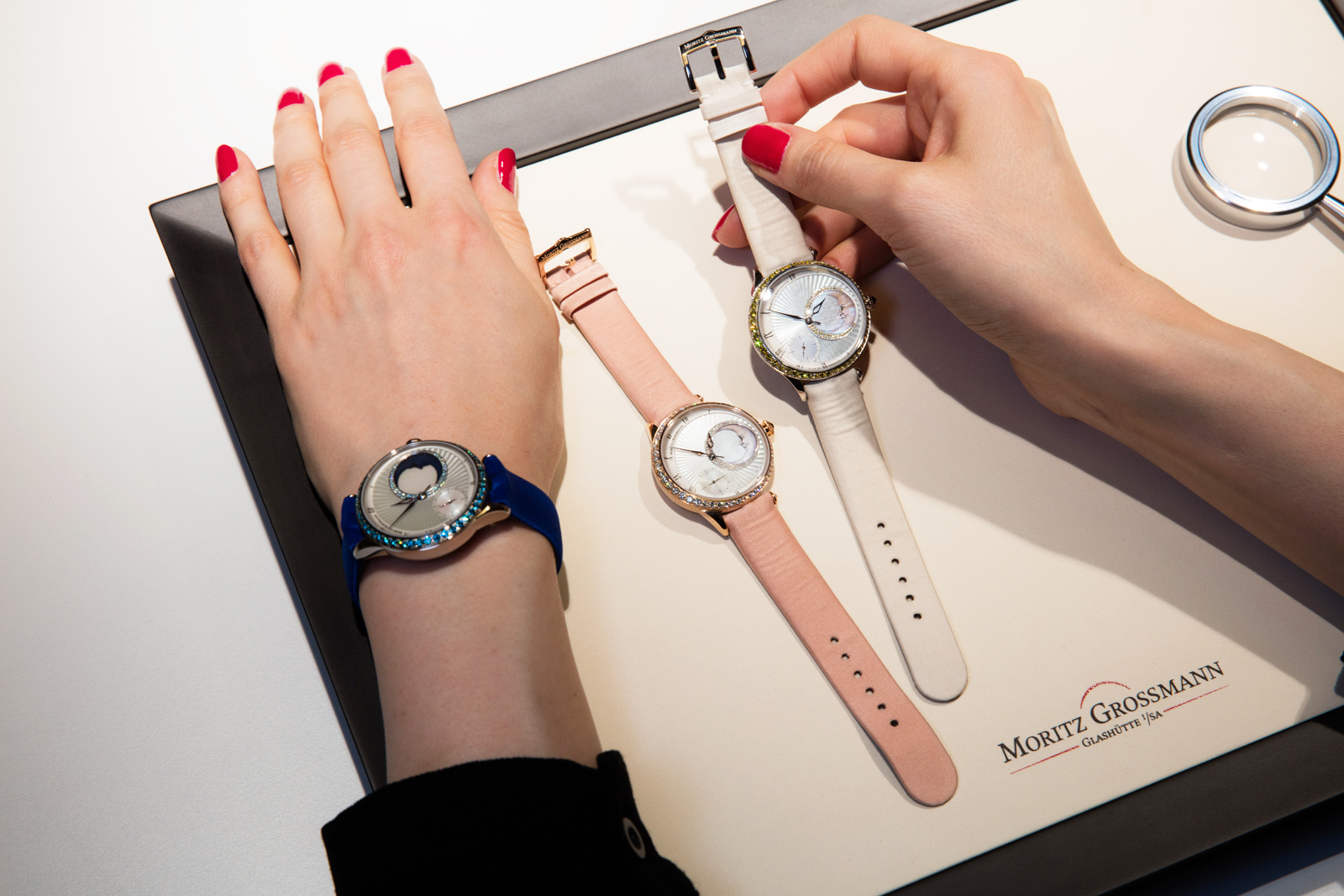 The sculptural case of the watch, decorated with diamonds, smoothly changes its height: its lowest point is at the crown, and its highest is at 9 o’clock. Another interesting element is the lugs on the strap, because they are attached to the body only one side, the other side is decorated with a cabochon gem.

“I wanted to create a distinct identity for this model, which is why I only put in two lugs and created the dial with a curve that raises to one side. The flat part of the watch face is made of mother-of-pearl,” says Michael.

On the dial there are Roman numerals, graceful arrows, an asymmetrical guilloché pattern and the face of the moon. Rare gemstones are a special passion of Michael Koh, which he uses creatively in his designs. For the Tefnut Sleeping Beauty he chose diamonds in various shades, including colourless, pink, yellow and blue ocean diamonds, which blend harmoniously with the colours of the body and the strap. 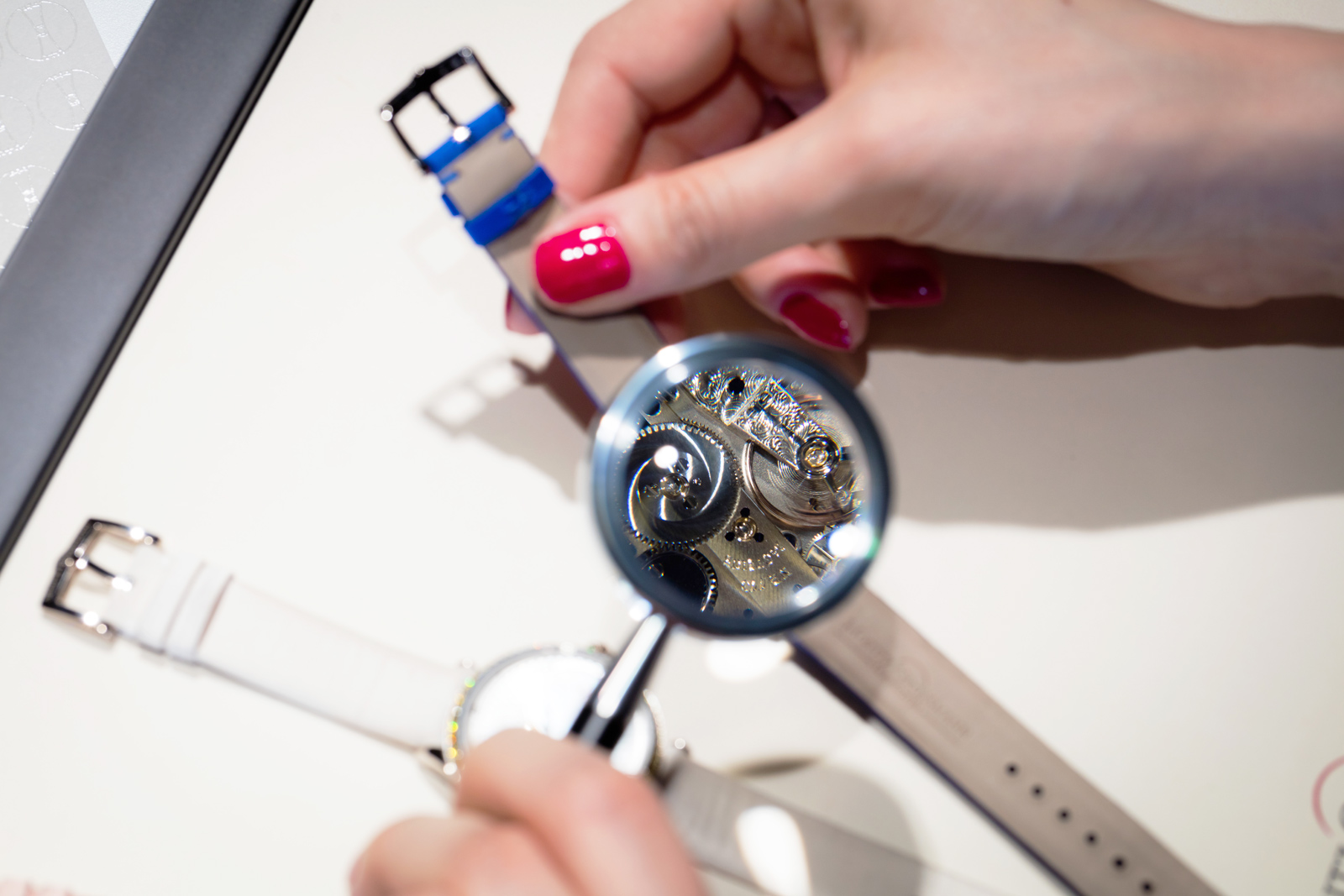 Michael and Christine worked on creating an unusual case and dial for almost a year. Currently, models are being released in four colours: pink, blue, white and yellow. Should we expect an expansion of the colour palette? Here is Christine’s answer: “We would like to go into pink gold with champagne diamonds and add a version with sapphires. For now, we can customize any model depending on the client’s wish.”