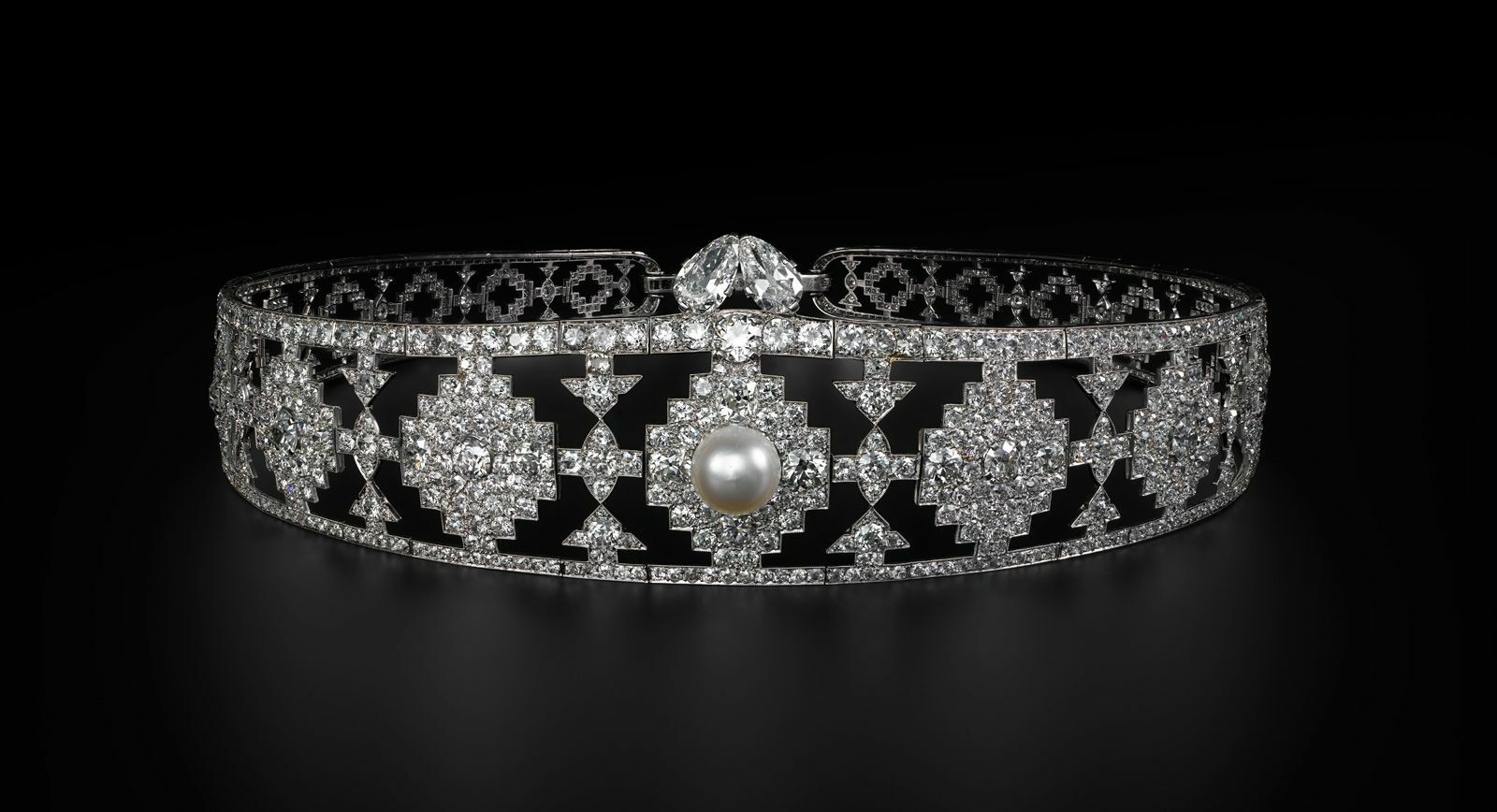 Elegance and Luxury – Art Deco at the Kremlin

For the first time ever in Russia a collection of Art Deco gowns from the Kyoto Costume Institute and jewellery from Cartier and Van Cleef & Arpels are going on show. They are exhibited in the One Pillar Chamber of the Patriarch’s Palace and in the Exhibition Hall of the Assumption Belfry until 11th January 2017.

The exhibition has already created quite a stir; it documents the socio-cultural shift of the start of the 20th century that saw womens’ roles in society become increasingly dynamic. And whilst this was going on the Art Deco movement was bringing together many different art forms with its singular style.

It was Louis Cartier and Jeanne Lanvin who first presented fashion and jewellery as a single ensemble in the ‘Elegance’ pavilion at the Exposition International des Arts Décoratifs et Industriels Modernes, which took place in Paris in 1925. It was after this expo that the powerful and popular Art Deco movement was given its name.

For the current exhibition at the Kremlin, curators have chosen to display 119 objects from the collection of the Kyoto Costume Institute, with additional decorative pieces from two famous jewellery houses – Cartier and Van Cleef & Arpels, as well as 20 original sketches and photographs from the Cartier archives. There are 58 pieces of jewellery – 34 from Cartier and 24 from Van Cleef & Arpels, including some of the earliest and rarest works in the Art Deco style from the 1910s and some equally stunning pieces from the later Art Deco period of the 1930s. 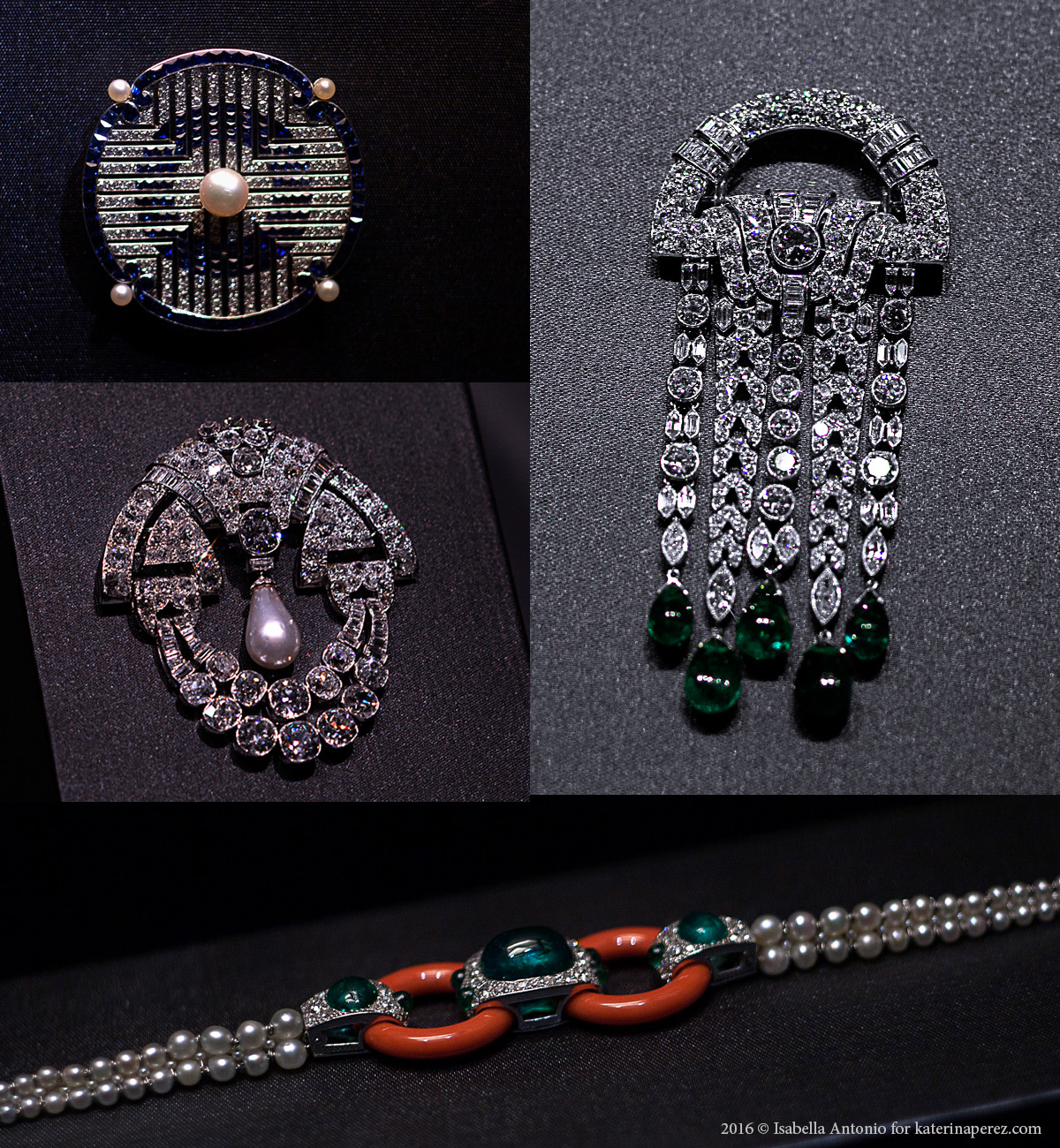 If you’ve read Vincent Meylan’s ‘Treasures and Legends’ book about Van Cleef & Arpels, then you’d have seen the diamond necklace adorned with 165 carats of teardrop shaped emeralds on the front cover. This piece is one of the key exhibits in the Kremlin museum. It was crafted in 1929 from platinum, and at one point belonged to the Egyptian princess Faiza. In November 2013 it was sold at Christie’s in Geneva for $4.2m, and has now found its way to a display at the Kremlin.

Apart from the necklace I have just mentioned you will find strikingly beautiful brooches, bracelets, earrings, wrist and pocket watches, powder compacts, purses – all things which women of the 1920s used to accentuate their beauty.

All of these objects, as with all Art Deco items, are characterised by geometric shapes and straight lines, combining the spirit of antique beauty and modern art. They were created with the influence of the cultures of ancient Greece, Africa and Egypt. And these cultures not only found themselves represented in art and decor, but also in clothing and accessories, to which the outfits brought from Kyoto bear witness. 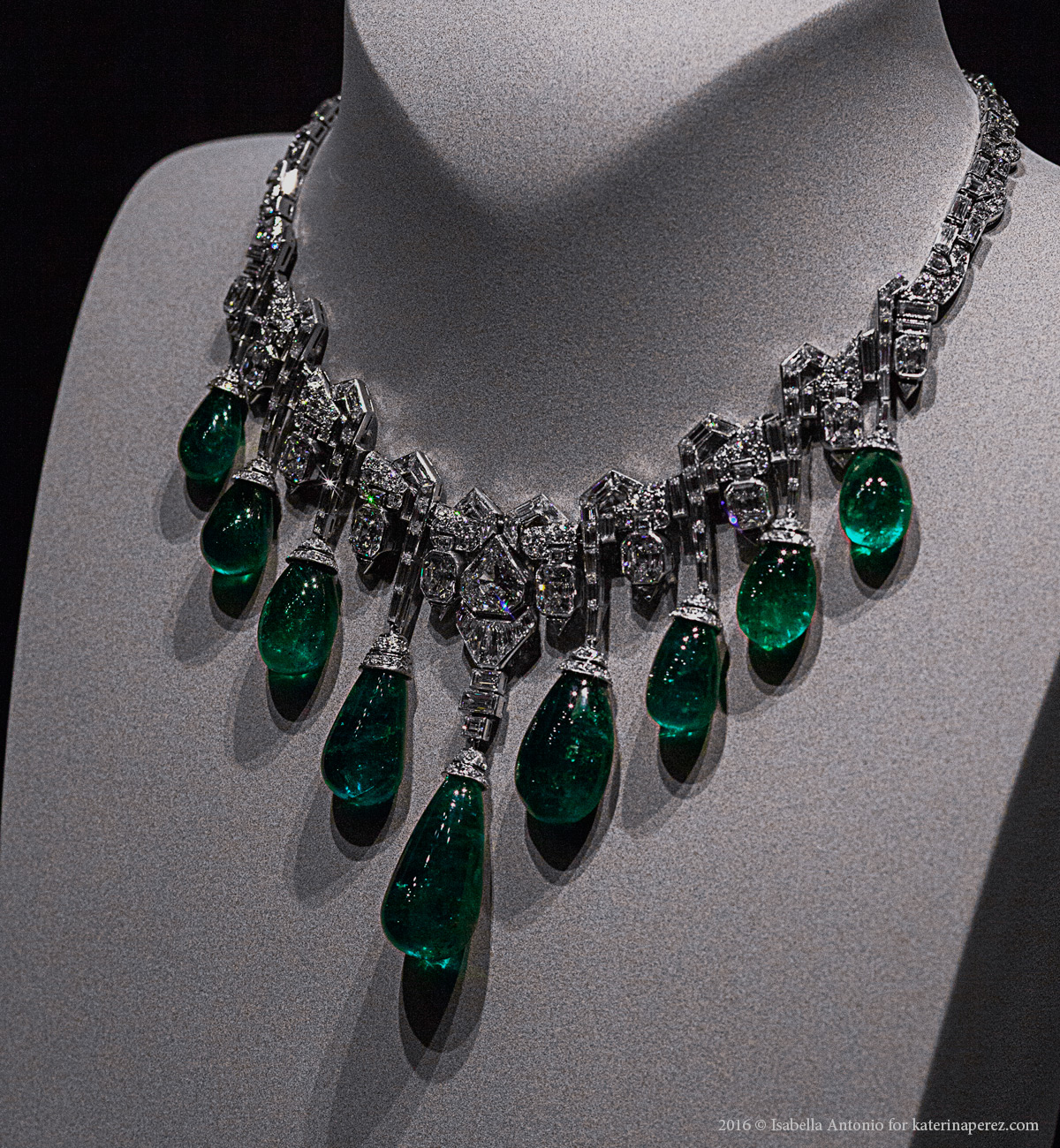 The institute is one of the four best fashion museums in the world, thanks to it unique collection of women’s dresses and accessories from the best European firms and designers of the 20th century. Chanel, Worth, Poiray, Lucile, The Callot Sisters, Lanvin, The Boue Sisters, Fortune – some of whose names still mean something today, and some of whose are long forgotten, and are ripe for rediscovery.

Whatever the case, they conceived and developed Art Deco styling in clothes. Most of the items have been specially restored for the project and it’s the first time the garments have ever left Japan, or the institute. There are evening dresses and shawls, dancing and cocktail ensembles, and a particular kind of elegant Art Deco dress, the ‘robe de style’.

I could write endlessly about history and fashion, but all theory in the world pales before a set of evening finery with with ornamental embroidery in gold thread and beads in royal blue silk velvet, or a necklace that belonged to Princess Faiza. I urge you to see it for yourself by visiting the exhibition before 11th January. 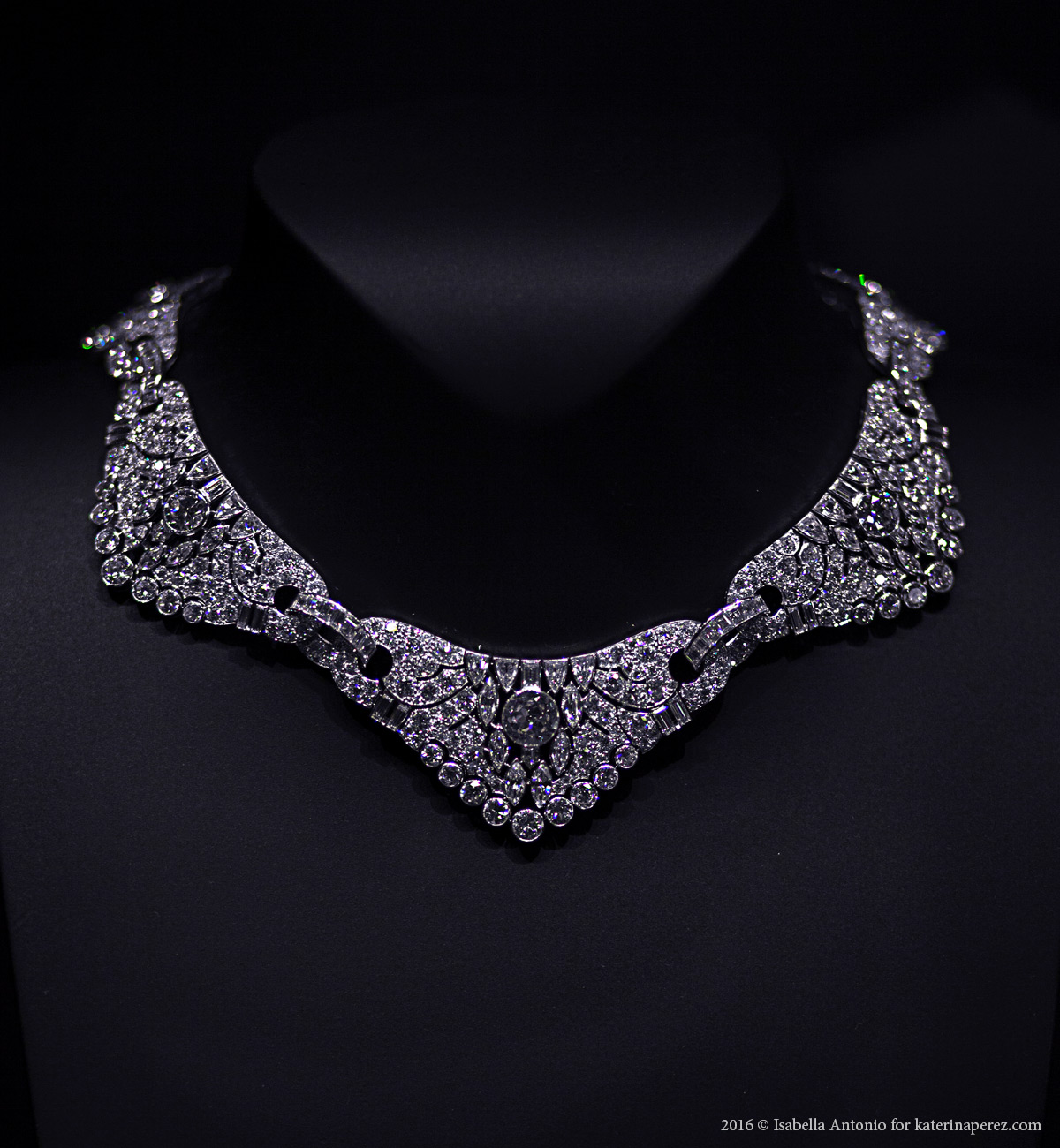