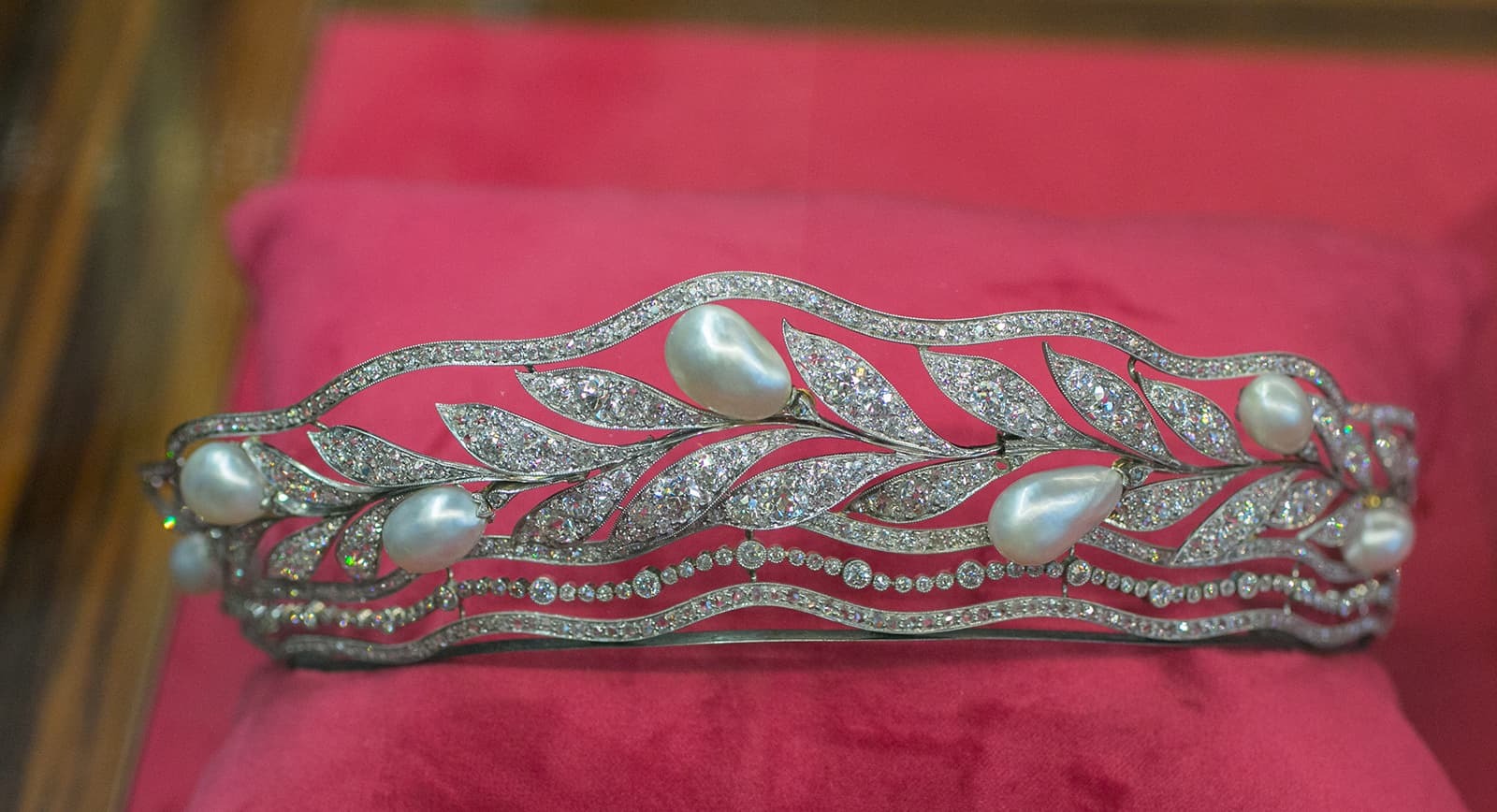 Christie's 'Magnificent Pearls': An exhibition of the most valuable pearl jewellery in Bahrain

From 28th to 31st March, a unique exhibition featuring natural pearl jewellery - Christie’s ‘Magnificent Pearls’ - was on display at the Four Seasons Hotel in Bahrain. It included more than 60 jewels with investment grade pearls, which is extraordinarily rare. High quality natural pearls only appear at auction and in the collections of private jewellers occasionally, proving that they are an exceptional treasure - one which has become highly sought-after by both members of high society and collectors alike!

Only a handful of jewellers can boast having high-grade seawater pearls in their collections - making it unimaginable to bring together as many as five dozen jewels with these most valuable pearls. The prices within the Christie's ‘Magnificent Pearls’ exhibit corresponded to the level of the jewellery presented - ranging from USD$50,000 to $11,000,000 - depending on the size of the pearls, the quantity, the overall quality of the piece, the maker’s hallmark, and their provenance. 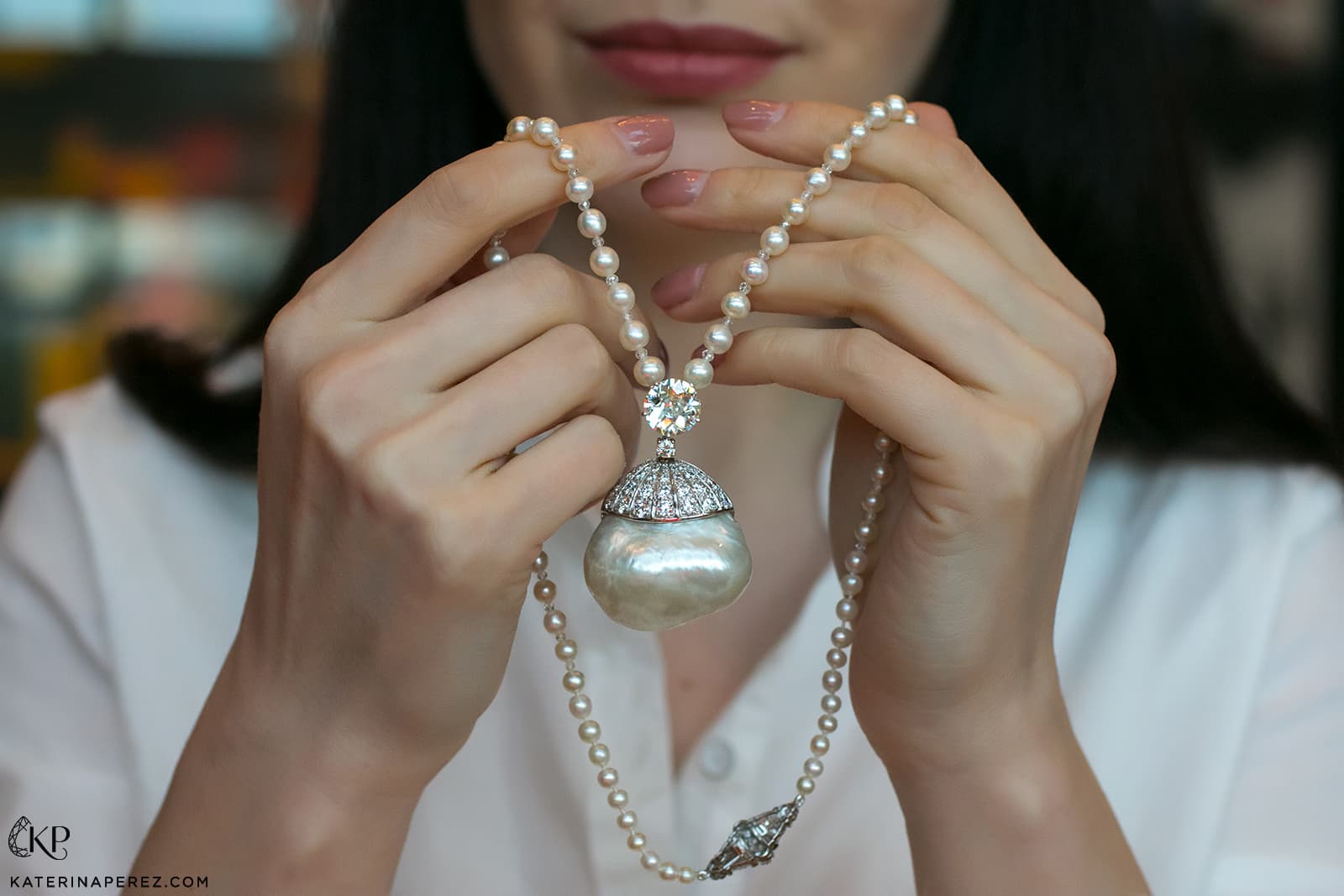 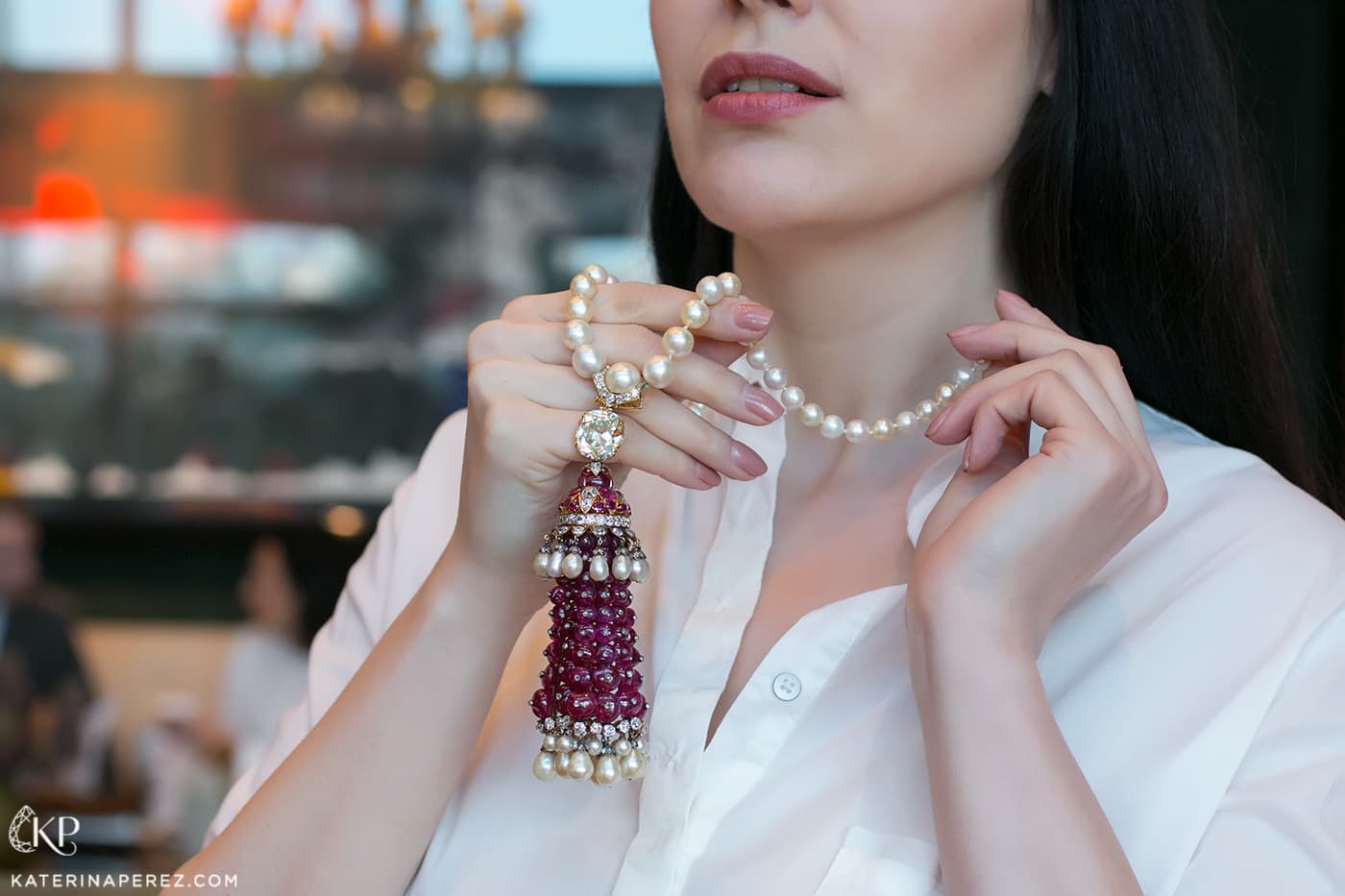 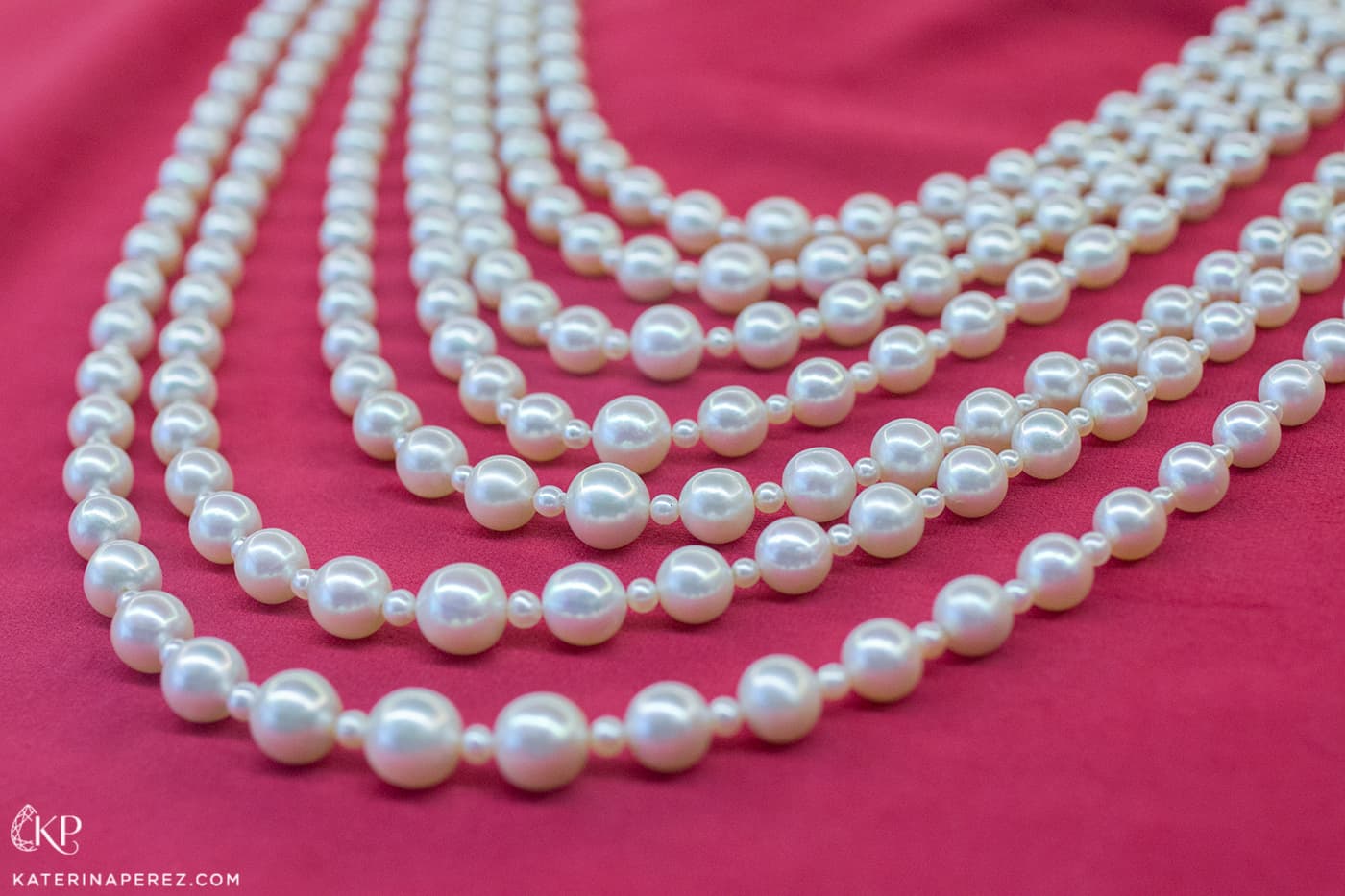 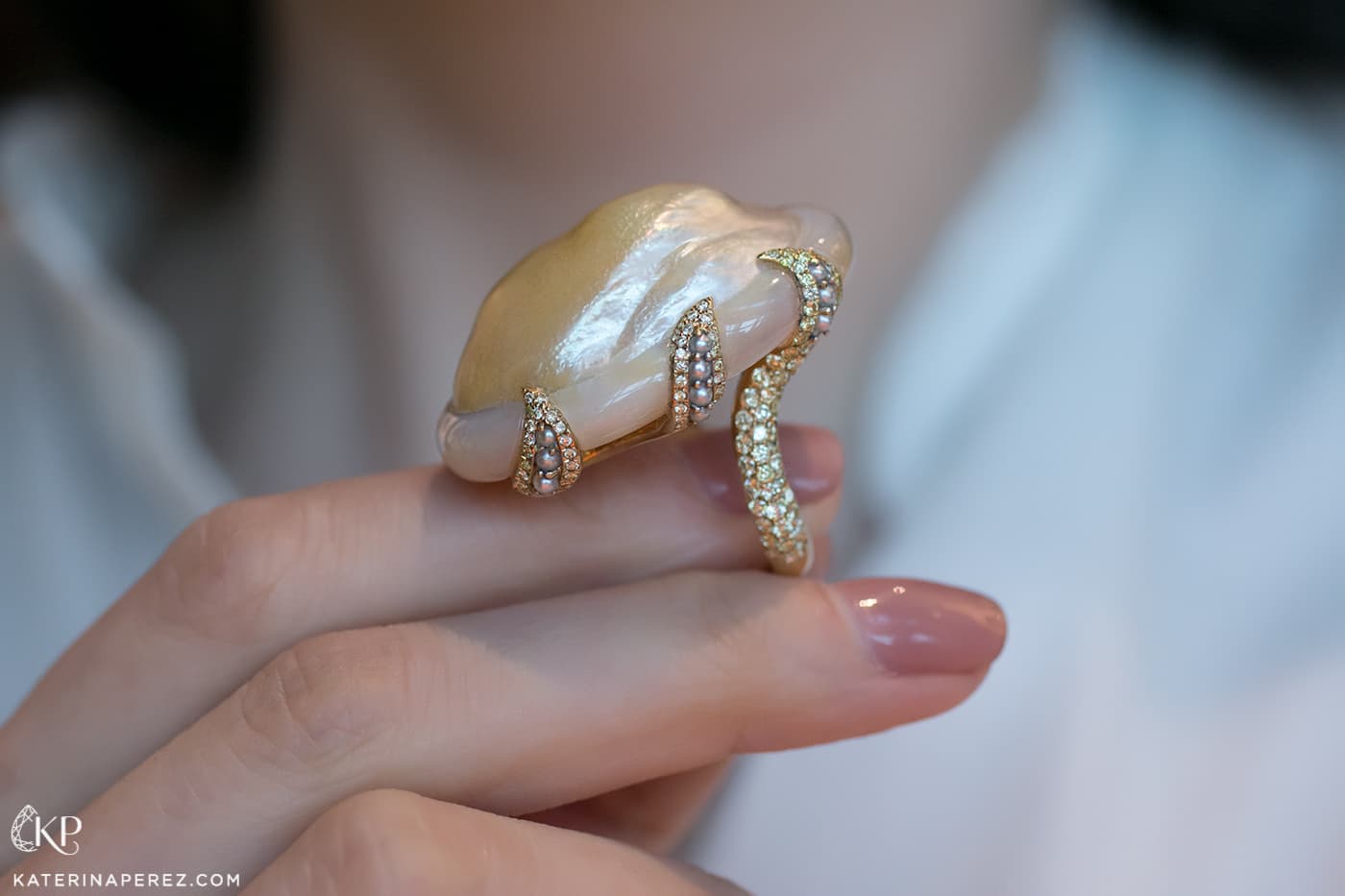 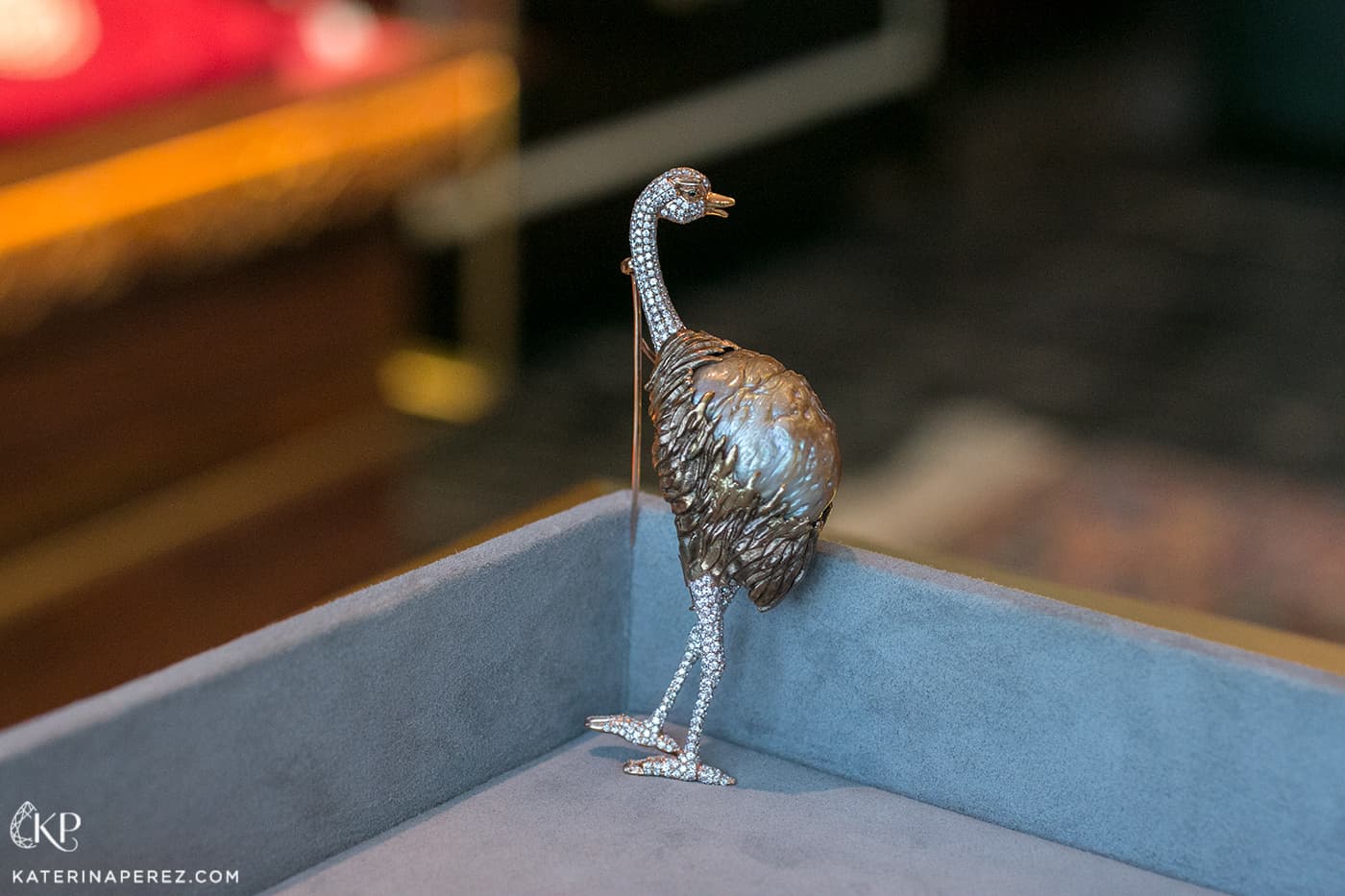 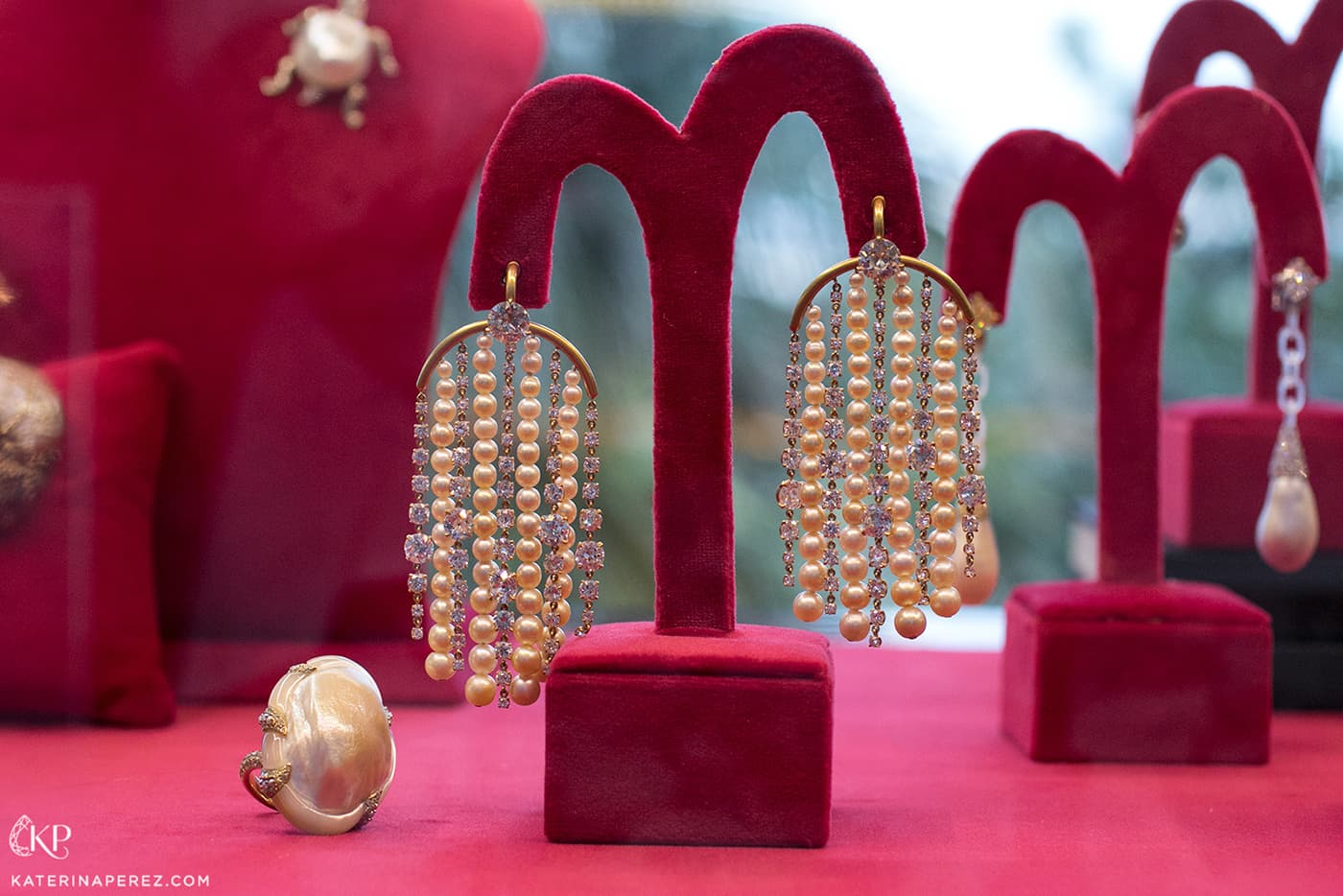 One of the most valuable items at the exhibit was a necklace that the Empress Joséphine de Beauharnais once owned, which then became part of the Bavarian royal family's collection. The necklace is adorned with two strands of pearls in the form of seven detachable drop pearls and a large diamond on the clasp. 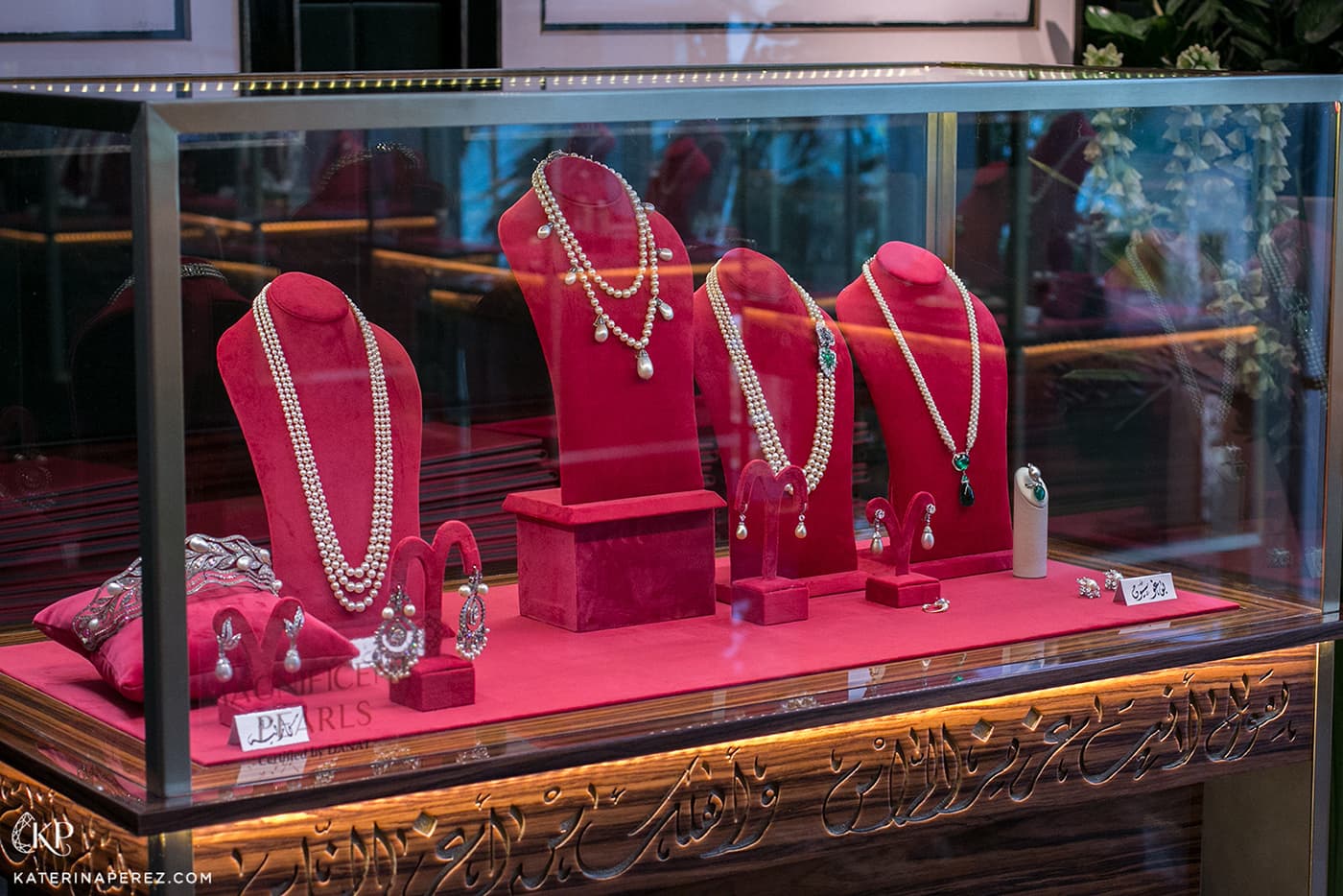 “The Bavarian Princess married into the Swedish Royal family, and when she died in 1831 the jewel was passed on to her daughter Josefina, who became the Queen. She was even painted wearing the necklace, and we know it's provenance is real because we got this piece from the Swedish Royal family themselves,” says Jerome Kerr-Jarrett, Jewellery Sales Director at Christie’s in the USA. 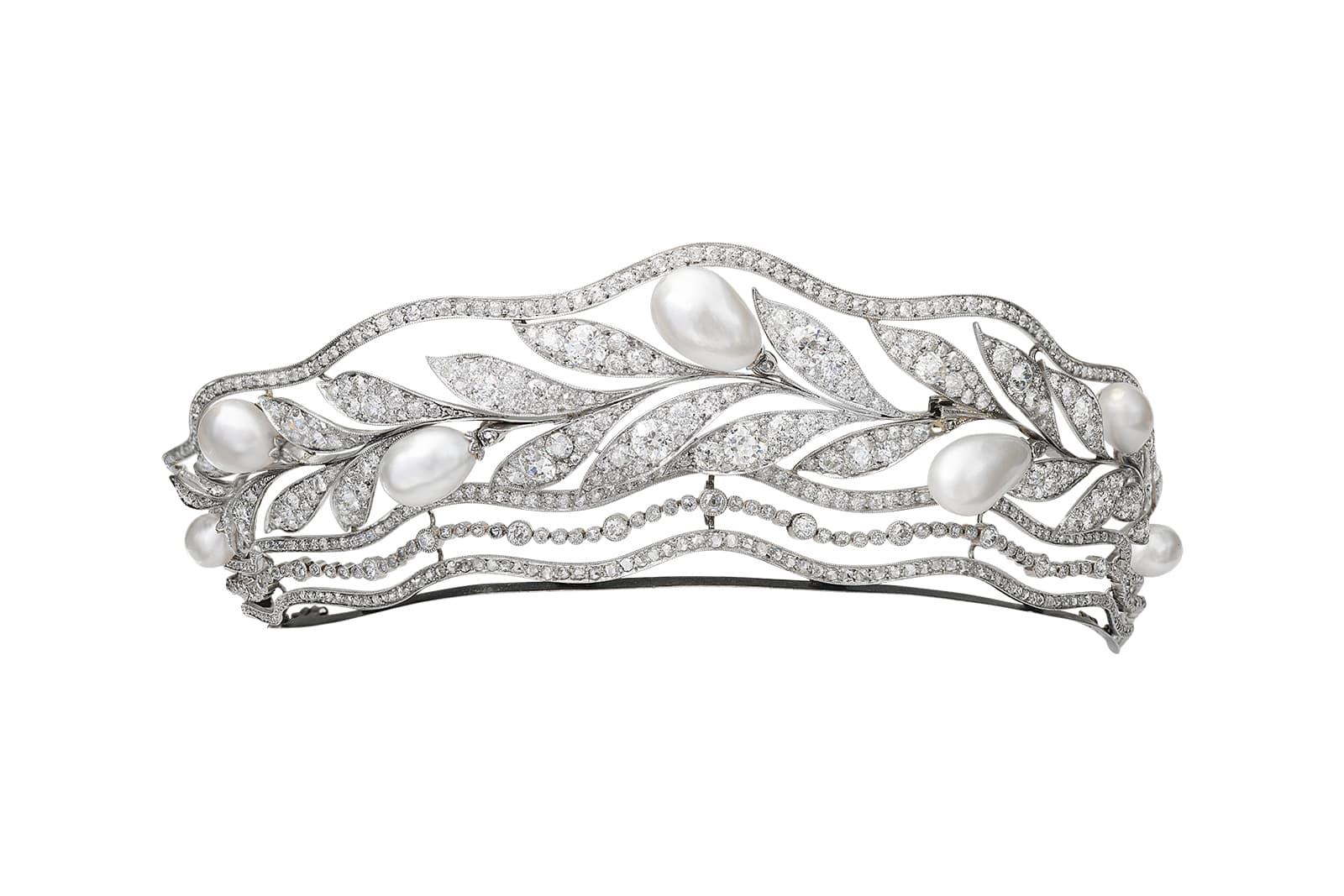 This tiara which was showcased in the 'Magnificent Pearls' exhibit was created between 1900 and 1901, with seven snow white baroque pearls and practically colourless diamonds for the royal court of the Habsburgs in Vienna. Meanwhile, Gilot & Co.'s platinum pendant with 12 old mine cut diamonds totaling 25 carats and a black pearl measuring 12 x 15.3 millimetres was made to order for the financier William Rockefeller’s daughter, Geraldine Rockefeller-Dodge. 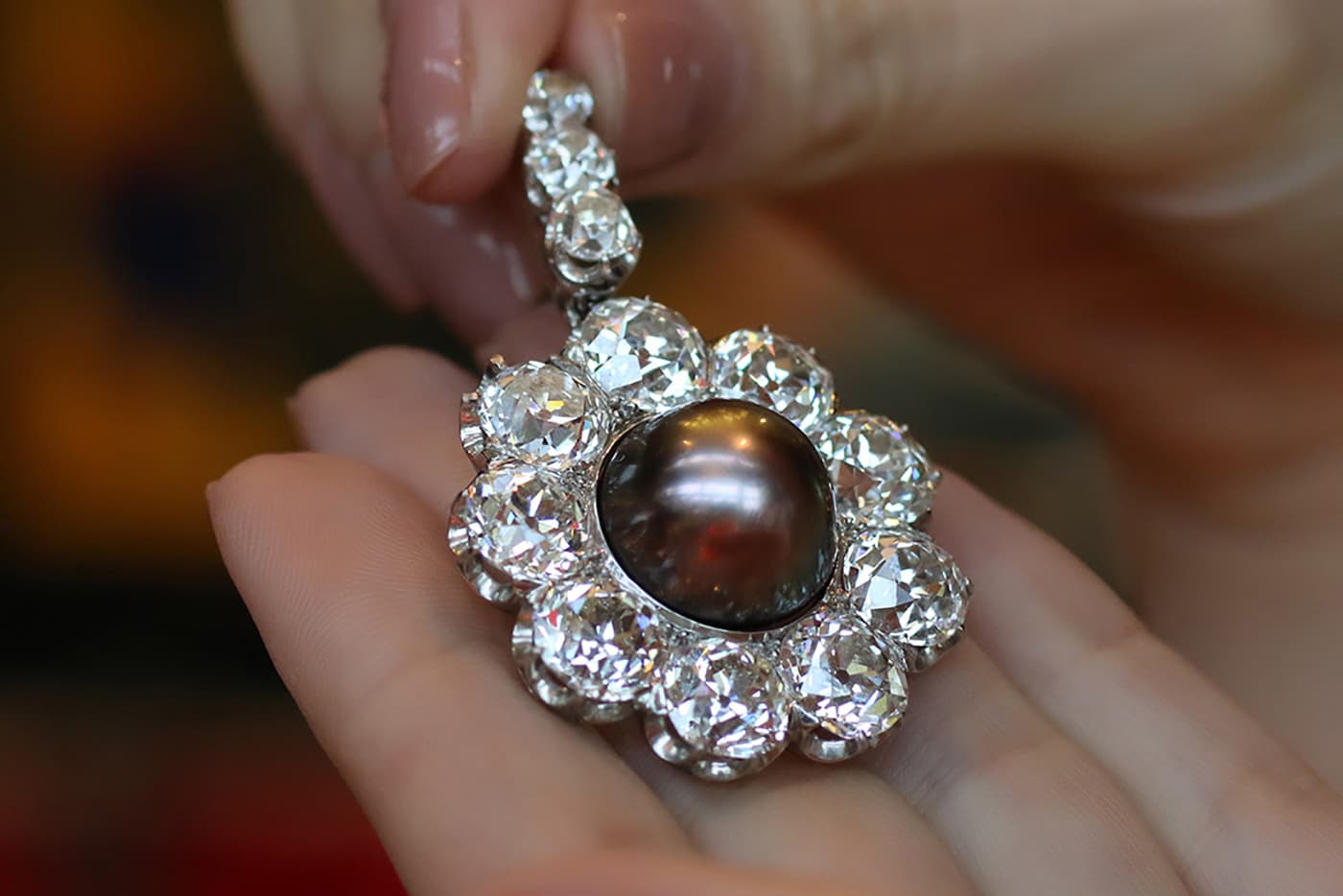 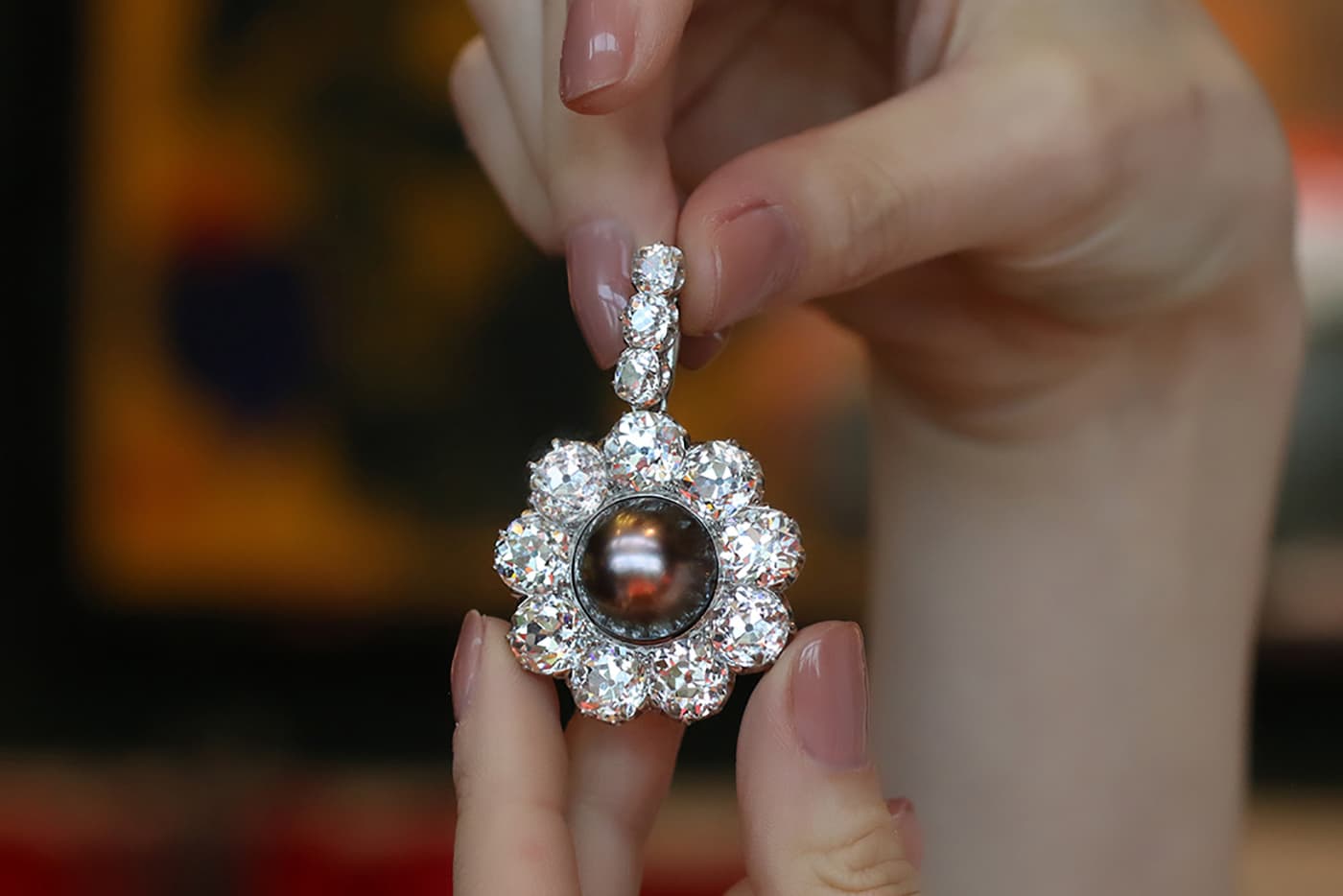 For centuries, pearls have been the preserve of royalty; something which David Warren, Senior International Jewellery Director at Christie’s, and jewellery historian Andrew Prince both highlighted during their presentations in honor of the exhibition. Studying the portraits of nobility from different eras and countries, you can see that the pearl was an integral accessory to their apparel; while diamonds and coloured gemstones often played a secondary role in their jewellery. 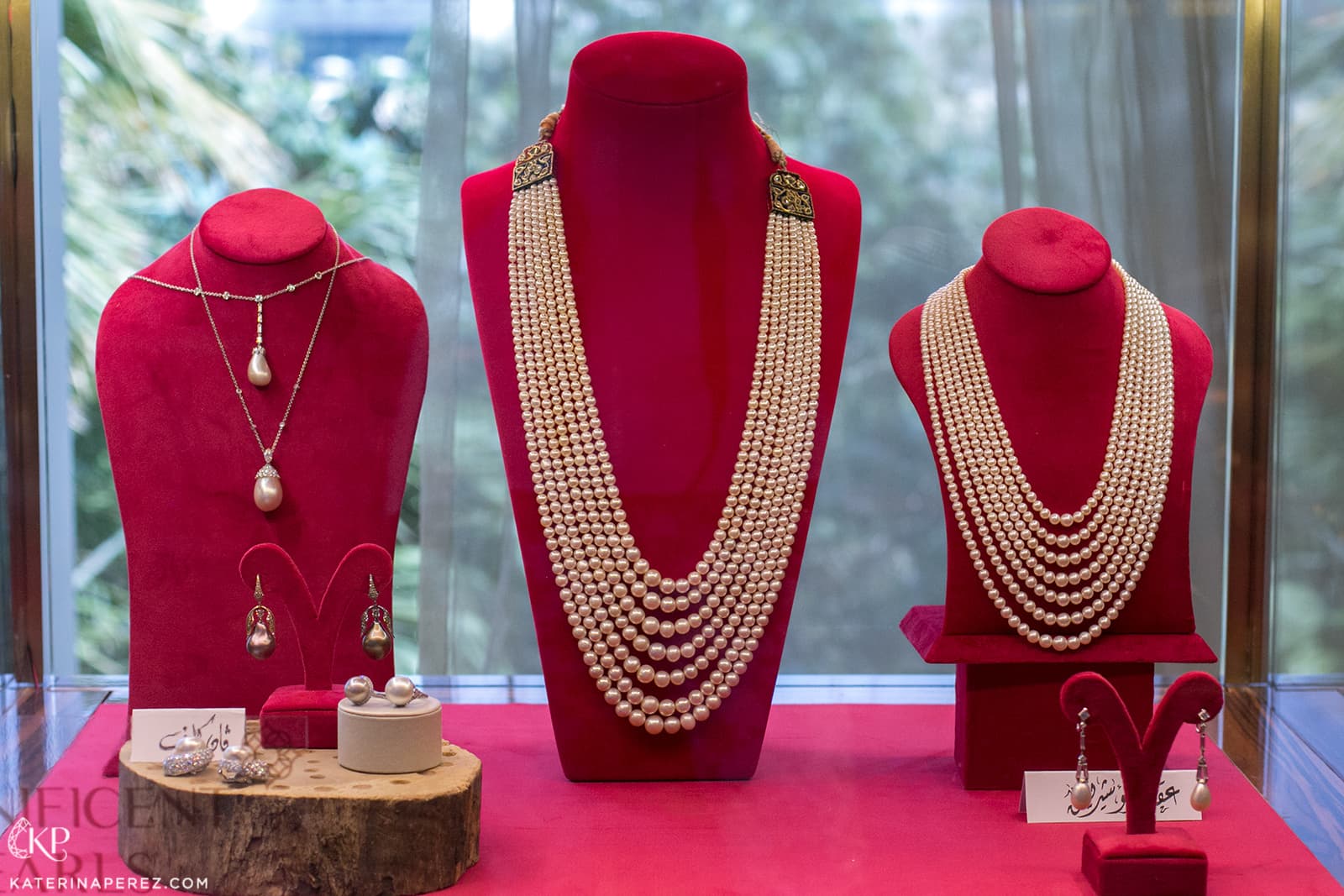 In addition to the historical jewellery, the works of famous brands like Cartier, Van Cleef&Arpels and Bulgari - as well as several jewels made by contemporary brands and designers such as Viren Bhagat, SABBA and Boghossian - were on display. Examining all the exhibits, I noticed that the necklaces with the most laconic designs featuring several strands of saltwater pearl turned out to be the most highly priced. Why? The answer is simple: to find just one natural pearl (and not necessarily one of the highest category), you need to open between 100-200 oyster shells. Assembling a high number of the finest pearls in a perfectly matching shade, size and lustre takes a significant number of years. 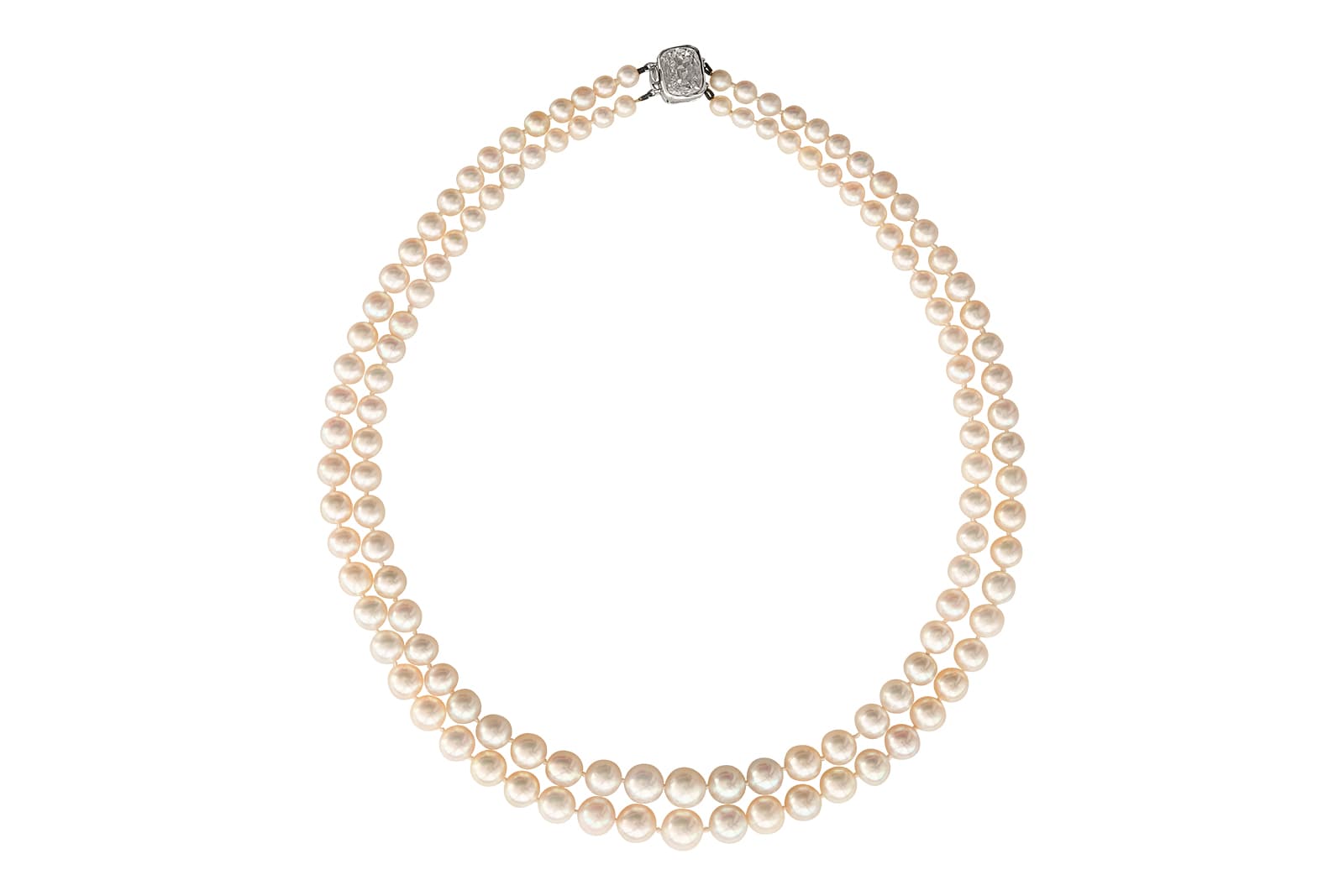 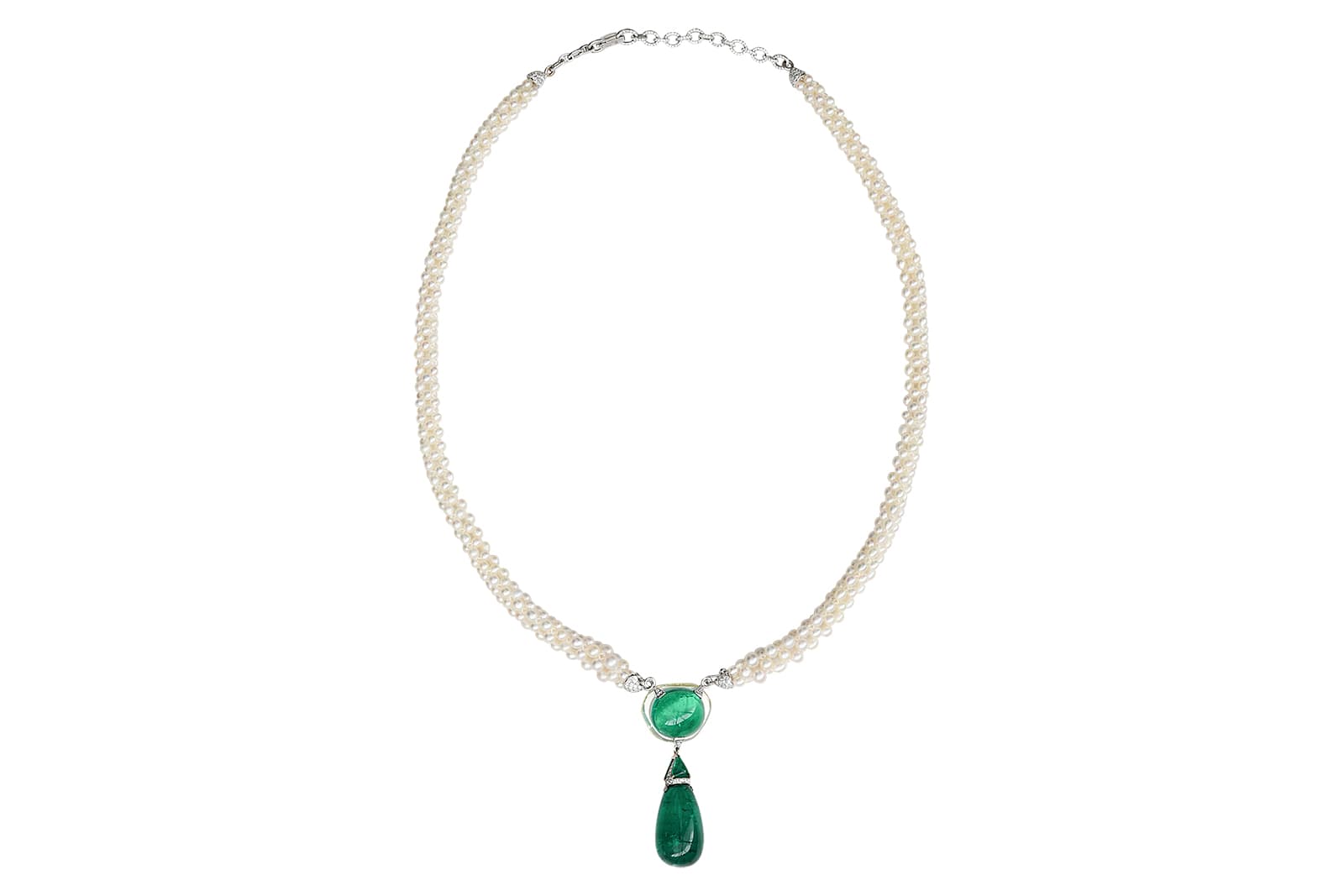 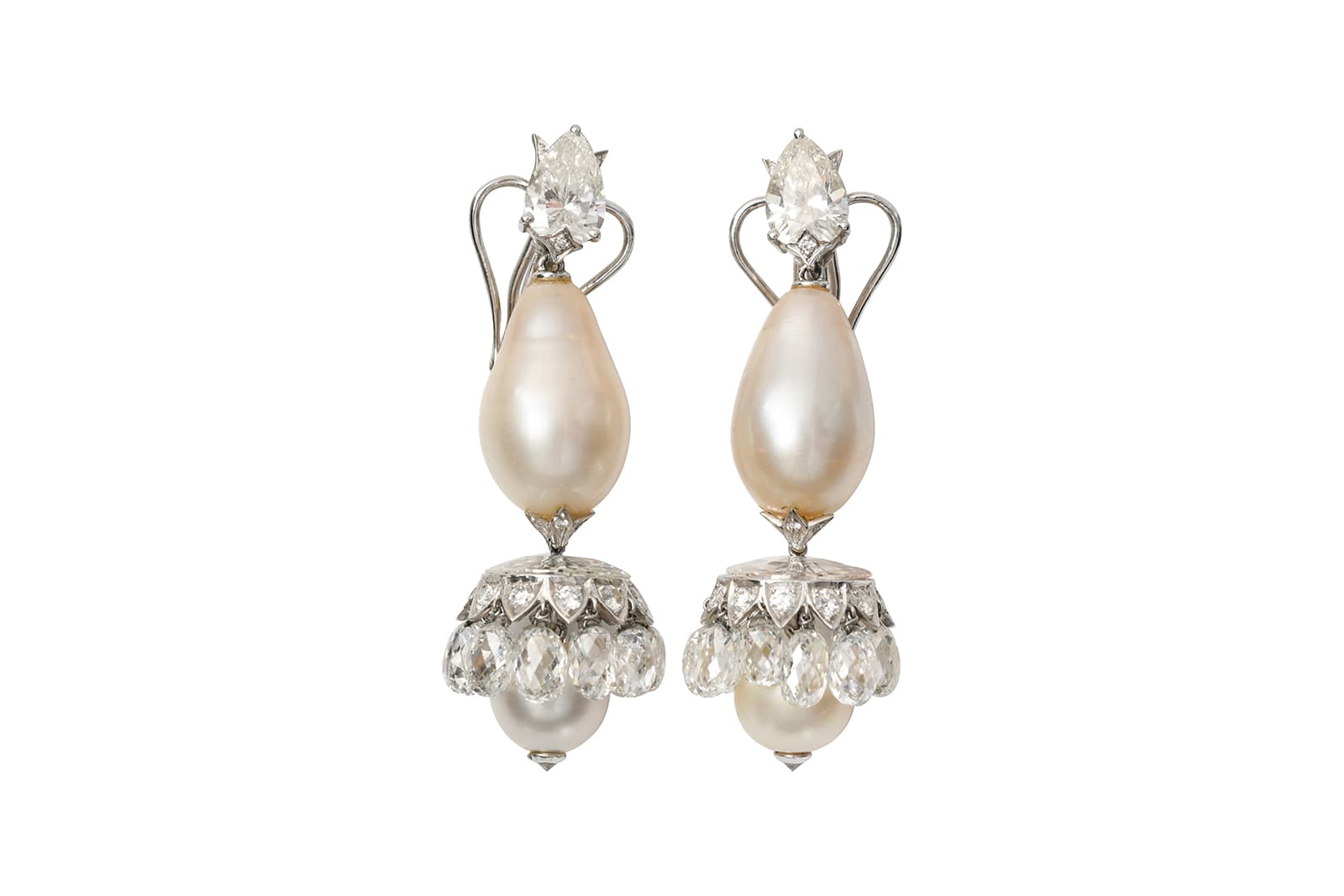 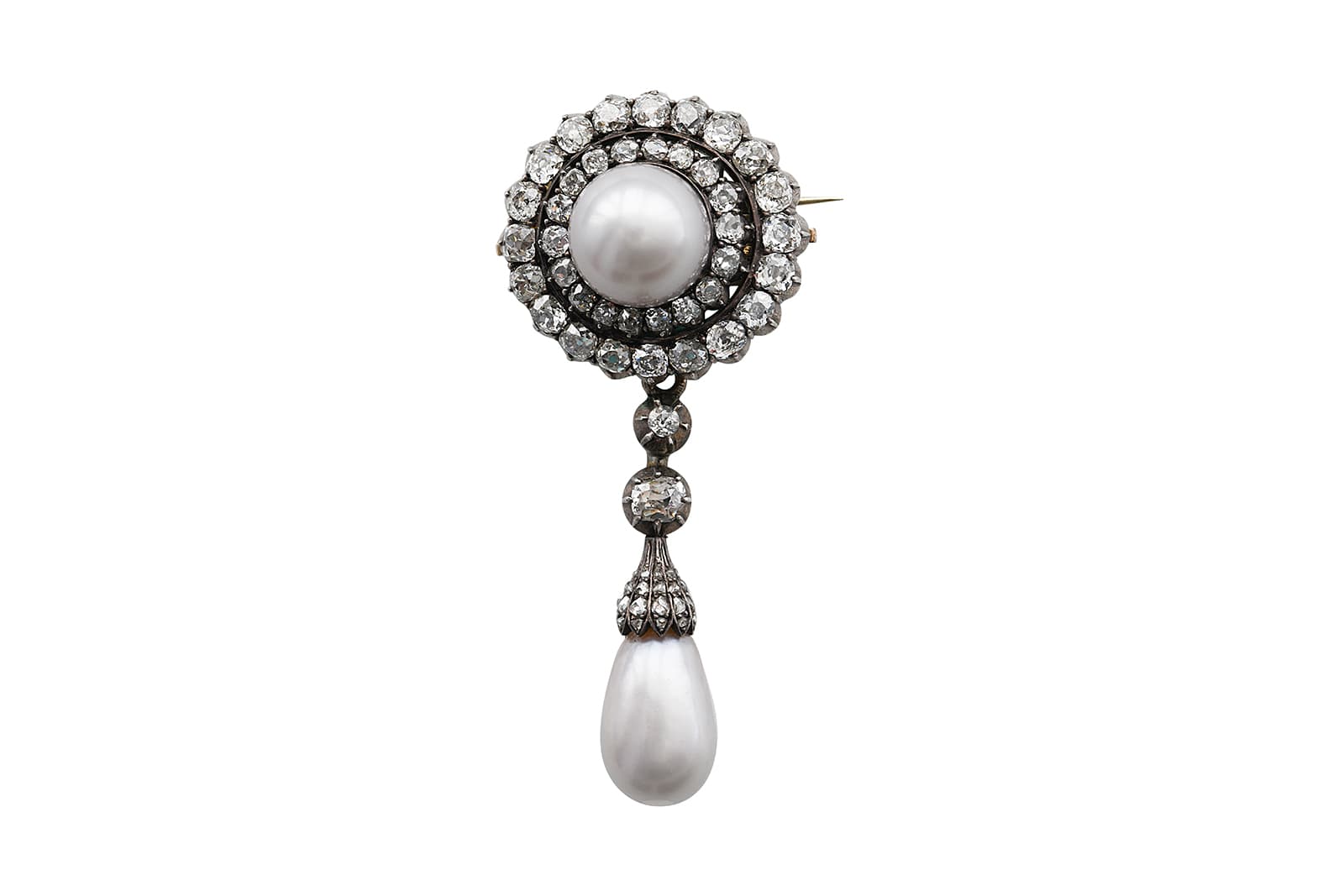 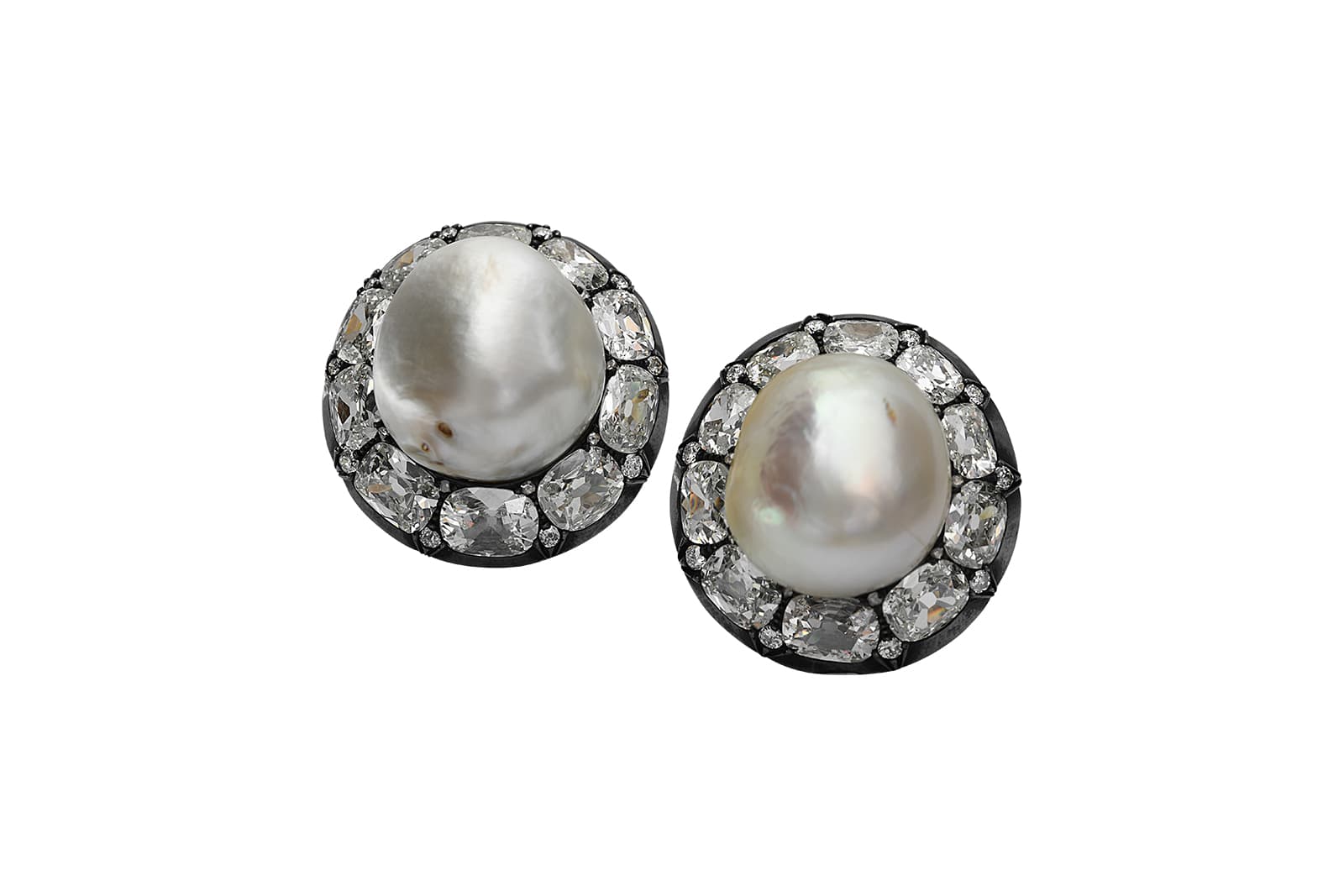 “One of my favourite pieces is this necklace from Rajasthan which - judging by the original enamel work on the clasp - was created in either the 1700s or the 1800s. It must have belonged to someone of royal personage who could afford it, as putting together pearls like this would have taken decades and generations,” explains Jerome Kerr-Jarrett, as I look at a necklace comprising 692 pearls threaded onto 7 separate strands.

It is hardly surprising that it required the efforts of three companies to organise an exhibition of such grand scale: Christie’s auction house, a laboratory in Bahrain for the certification of pearls and gemstones known as Danat, as well as the A2Z bureau which provides advice on purchasing jewellery. Each jewel is accompanied by a special leather-bound Danat case in which the jewellery and the authenticity of the seawater pearls is documented. 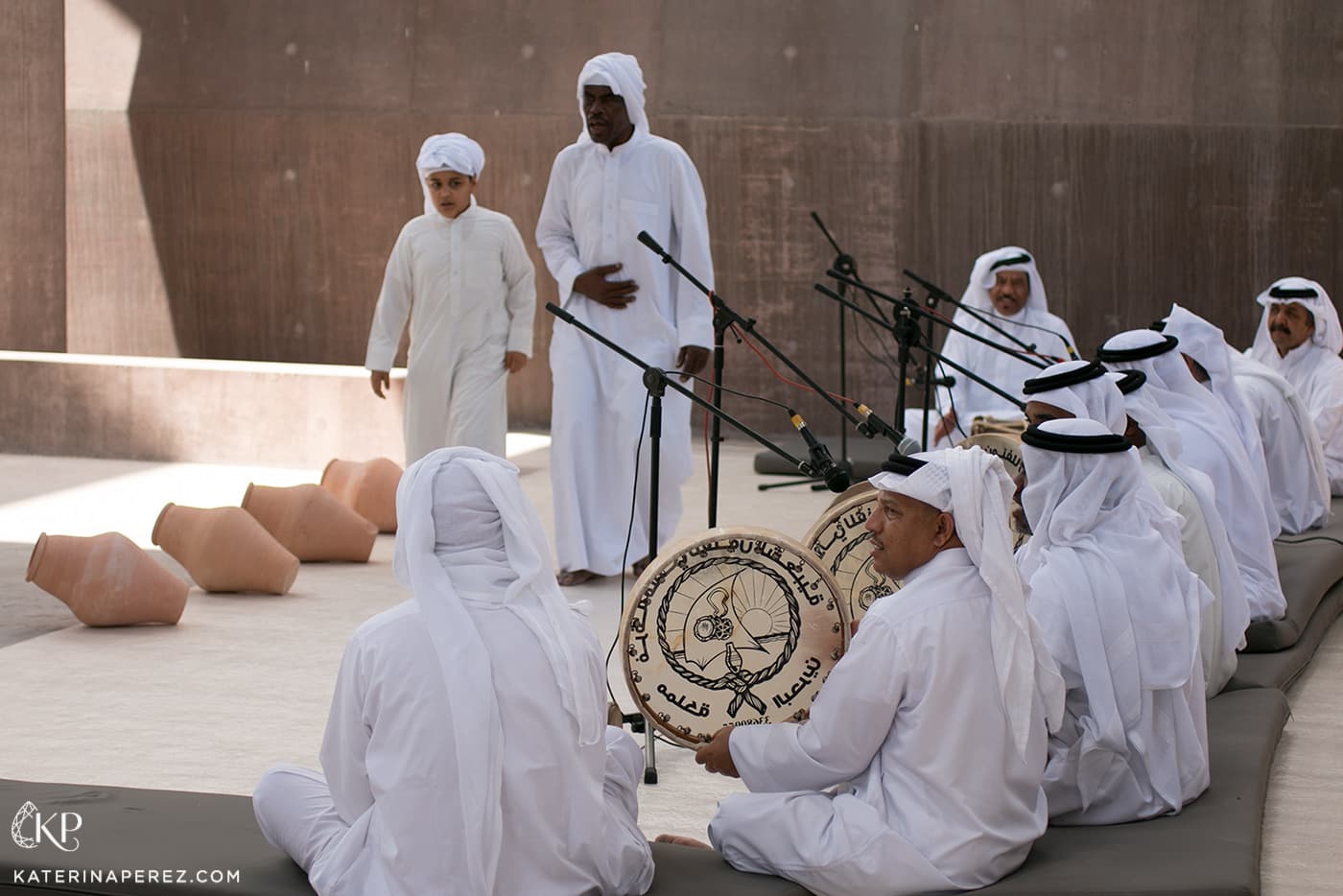 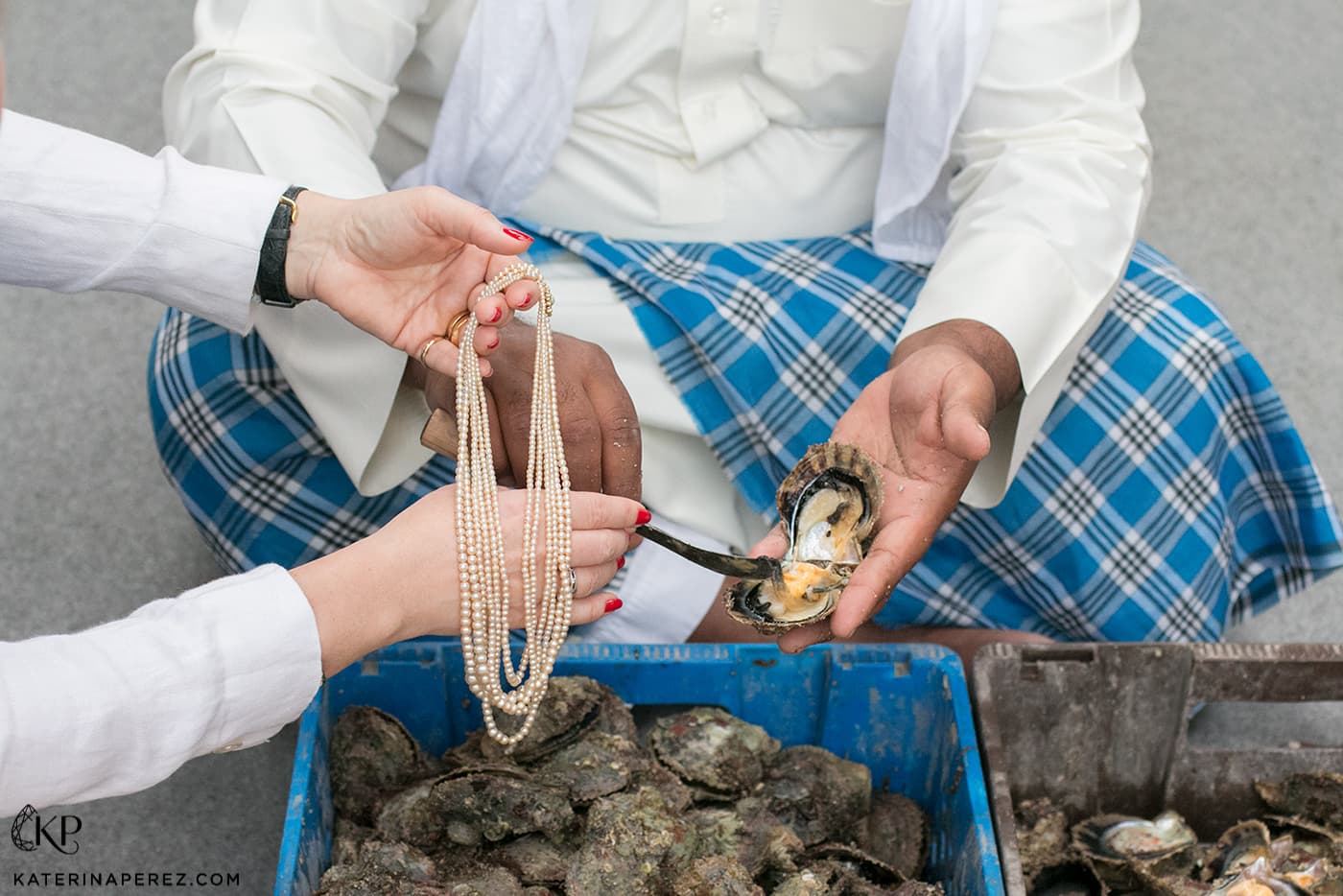 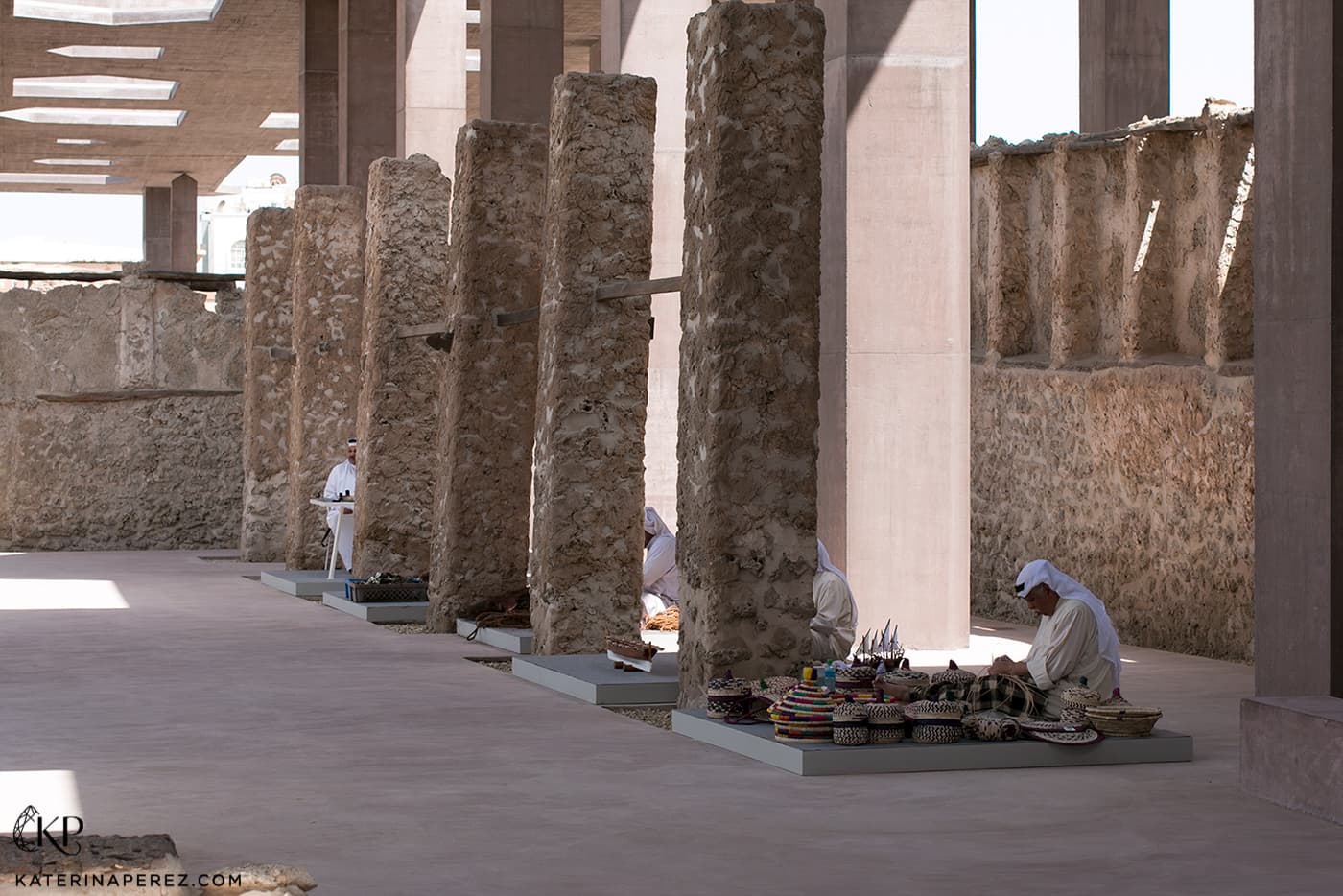 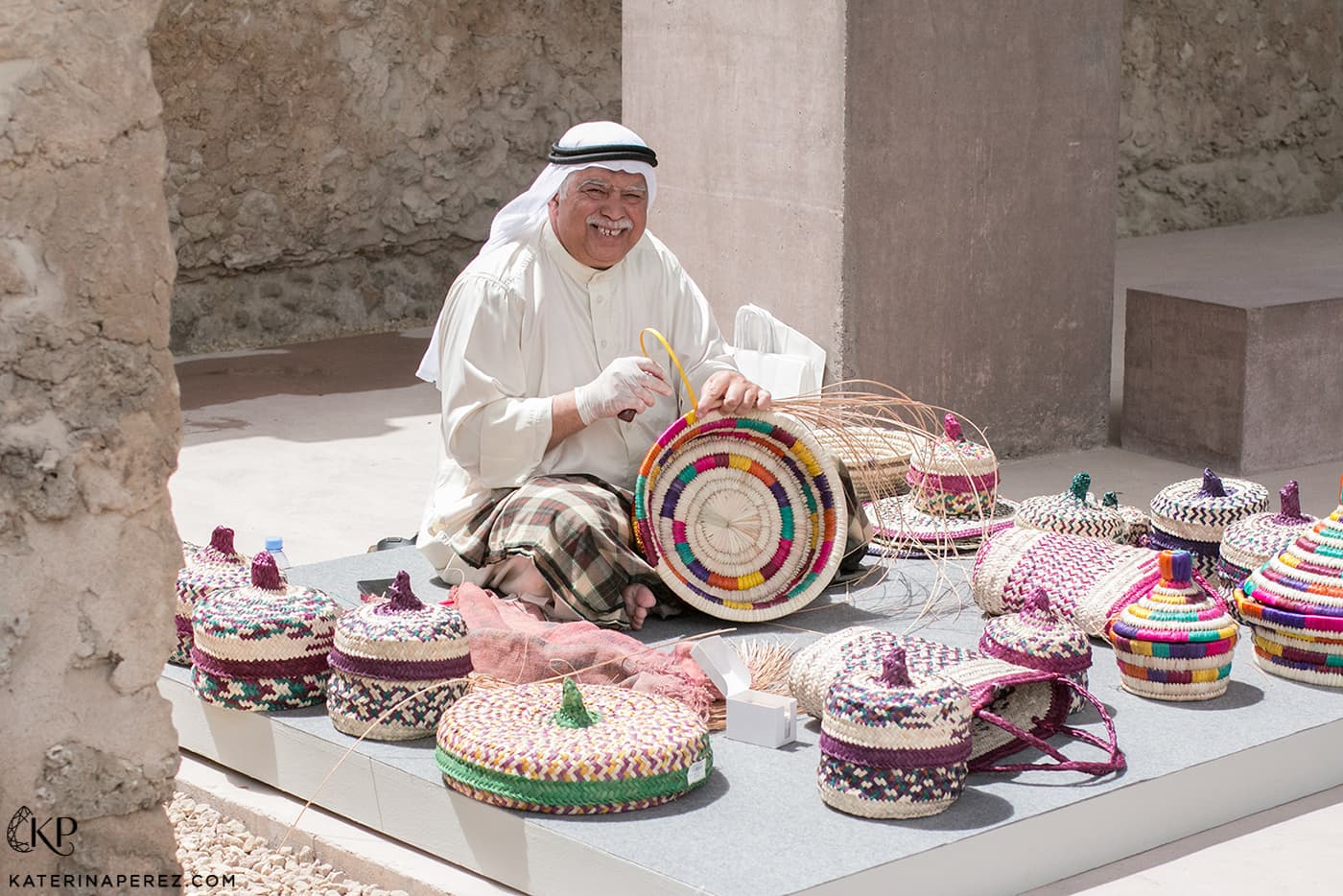 “This is the first time since Christie’s was founded in 1766 that we have been able to put together an exhibition of such high calibre solely focused on natural pearls,” said David Warren. I really hope that this is only the first of many, as you can only truly fall in love with the beauty of pearls when seeing these minerals with your own eyes.

SPECIAL THANKS: DANAT INSTITUTE FOR SPONSORING THIS ARTICLE