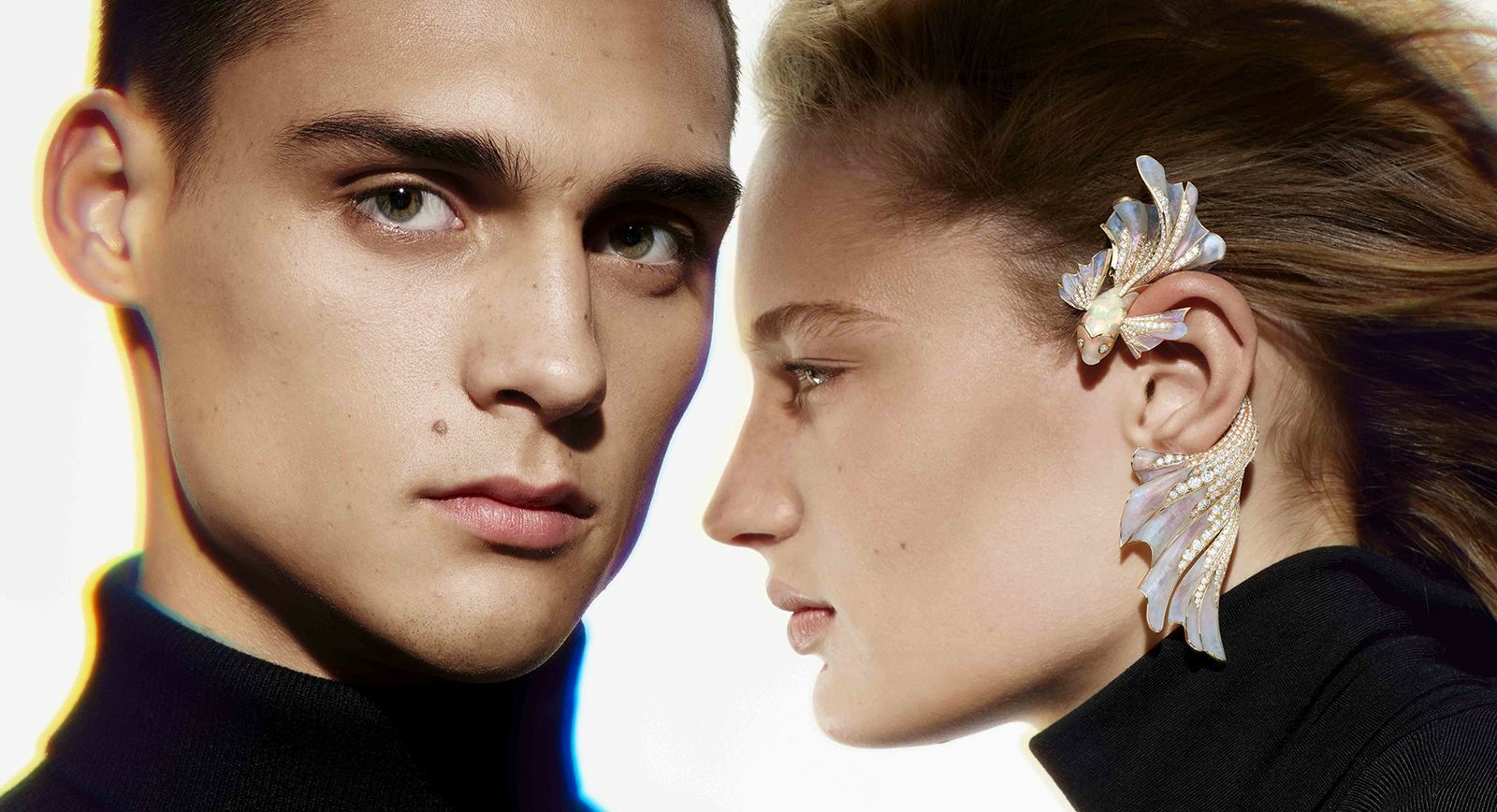 The pairing of celebrity events and high jewellery go hand-in-hand, but I reserve my highest praise for those who are willing to take risks, be adventurous and utilise exceptional and unique pieces to make a statement. Here is a selection of the year’s best red-carpet jewellery looks that set aside demure diamond pendants and stud earrings in favour of something altogether more grandiose.

With the return of in-person events in 2021, we were able to indulge once again in the Cannes Film Festival, the Academy Awards and the Golden Globes. Perhaps the feeling of being cooped up for an entire year is what led to a reinvigorated love of jewellery – colourful, sparkling, dynamic and full of character. The looks I have chosen here may not be to your personal taste, or indeed to mine, but they demonstrate bravery, volume and proportions that remind us to shake off the bad times and embrace the joyous fun of jewels. 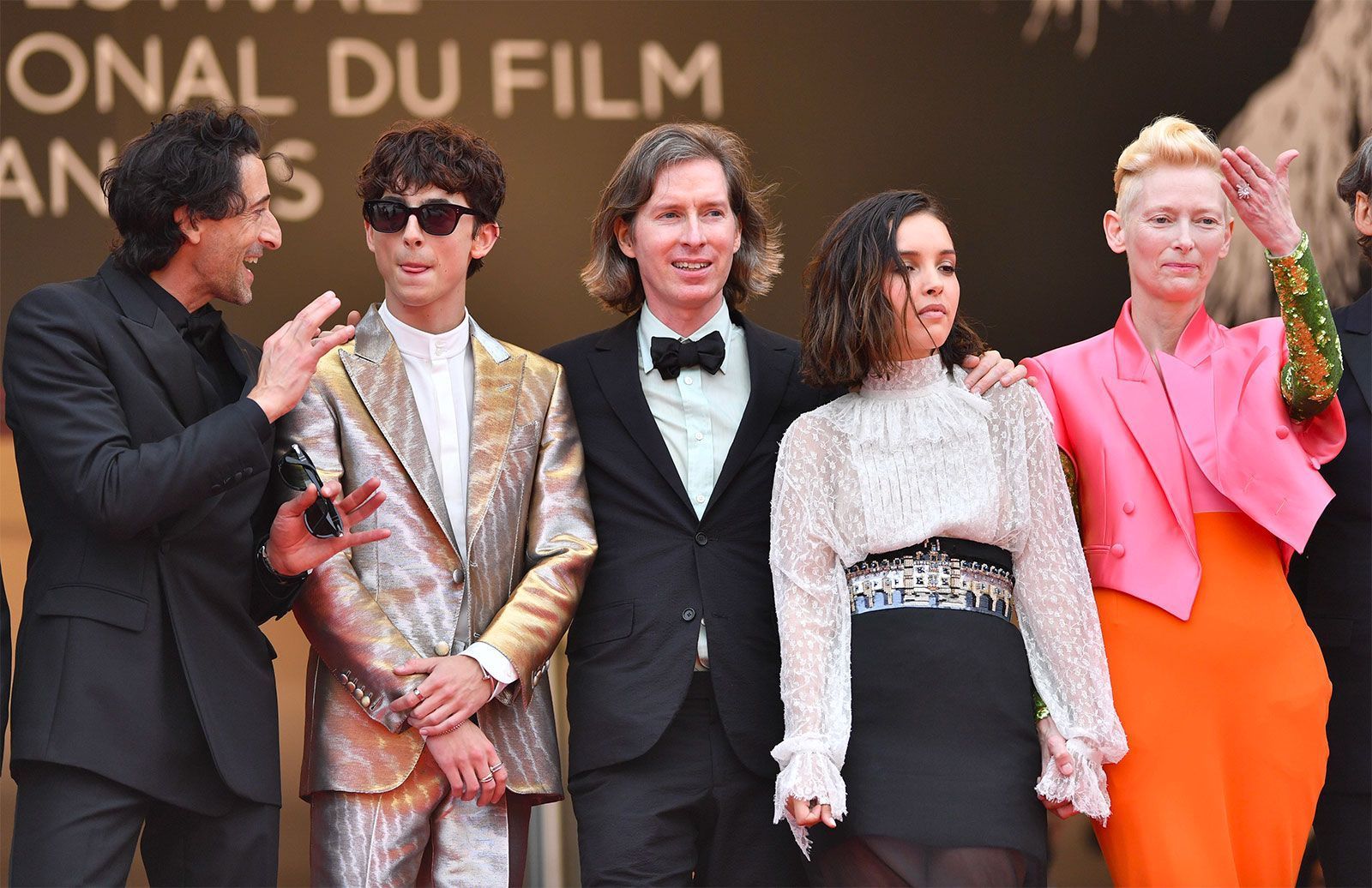 Men’s jewellery has burst onto the celebrity scene this year with such a refreshing energy that I wrote a whole article about the emerging trends. Billy Porter and Timothée Chalamet are at both ends of the men’s jewellery spectrum, embodying ostentatious and understated with equal success. A special mention must also go to singer-songwriter Finneas O’Connell who wore an 18K pink gold necklace with grey mother-of-pearl, coral, and diamonds totalling 23.37 carats from the Cartier [Sur] Naturel collection to the Met Gala. However, my favourite men’s look of the year was worn by French actor, Nicolas Maury at the Cannes Film Festival. He stepped onto the carpet wearing the Boucheron Opalescence brooch, set with a 71.69 carat oval cabochon white opal from Ethiopia, and the Opalescence pendant earring set with opals and diamonds, both from the Holographique High Jewellery collection. 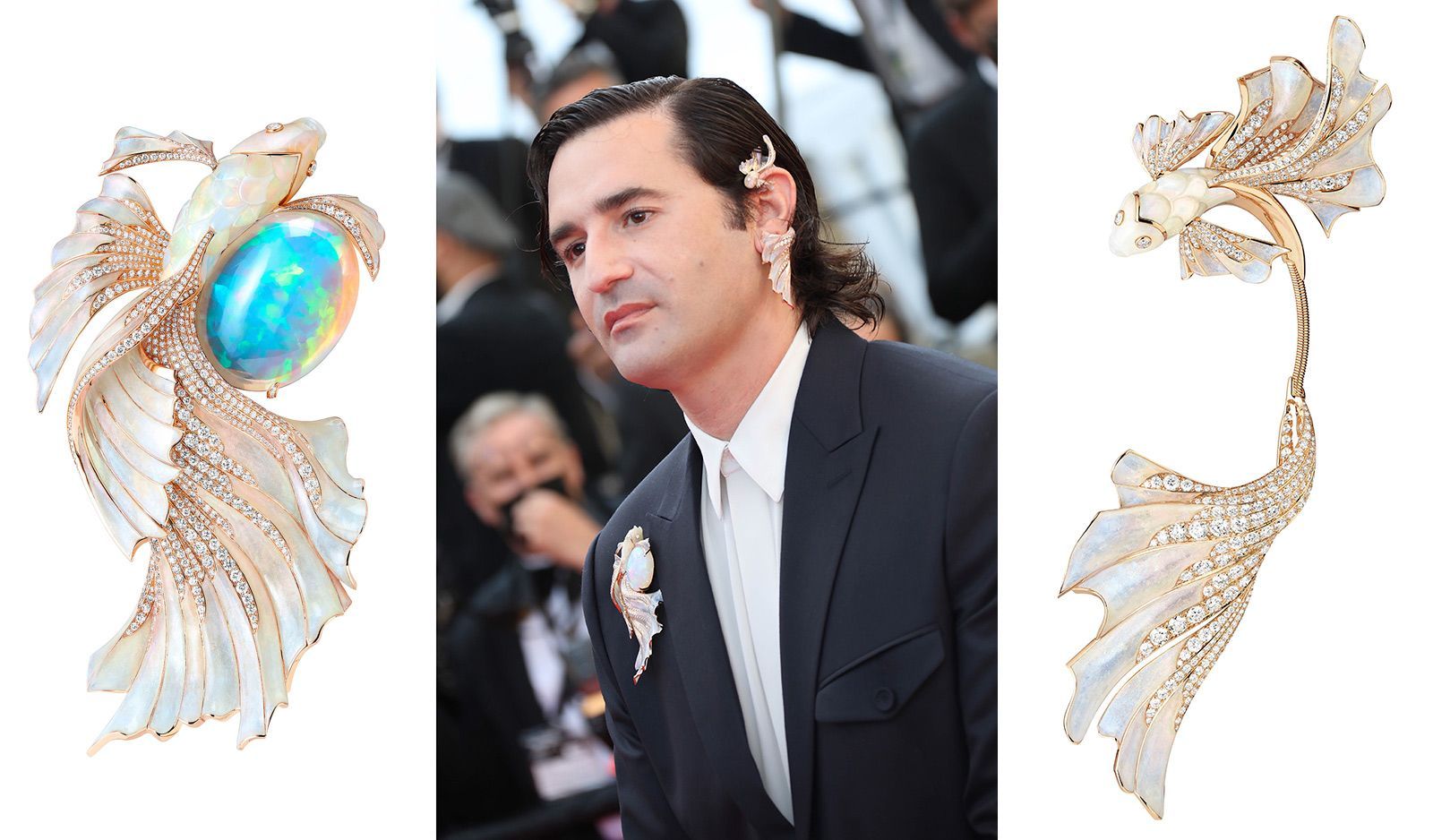 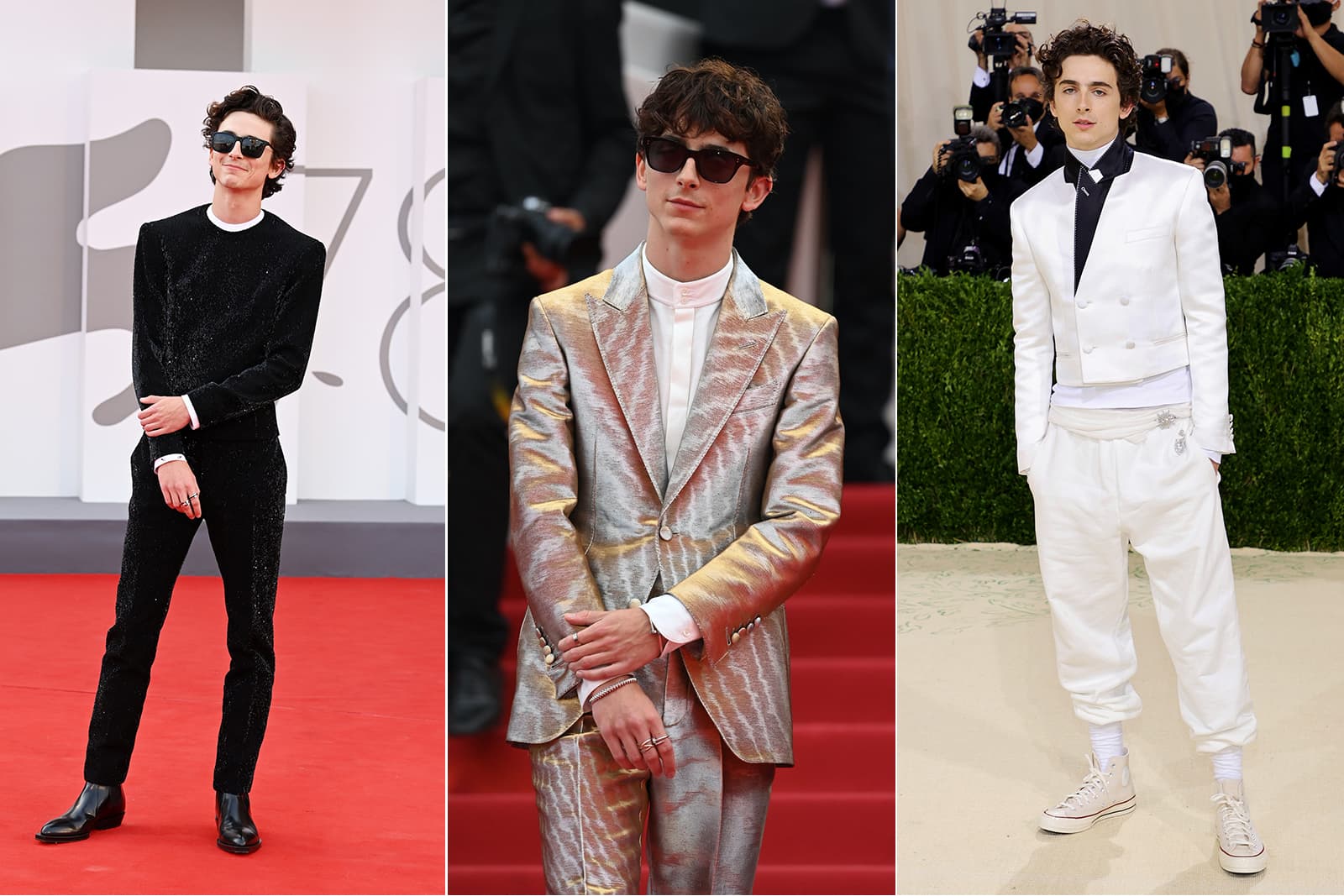 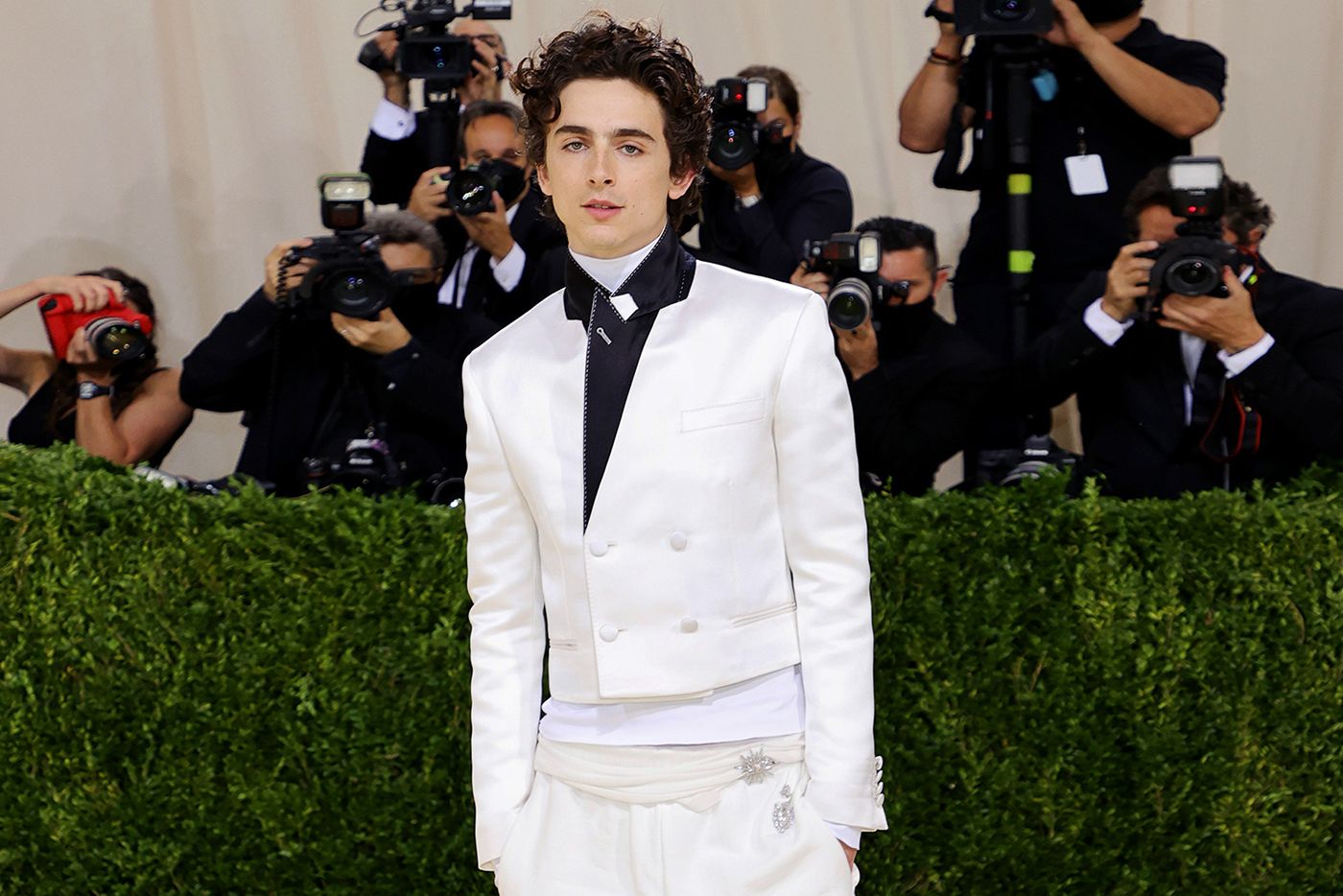 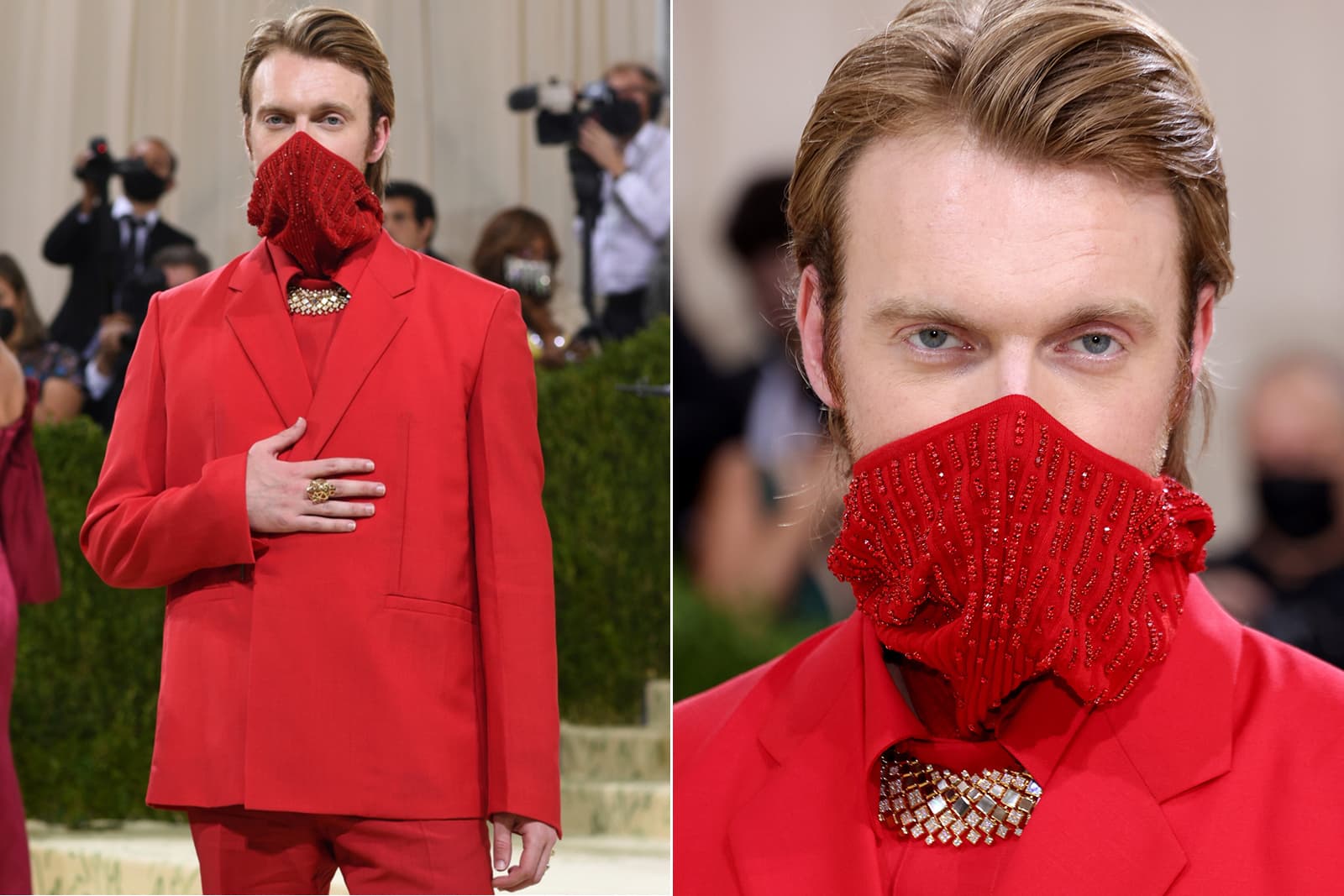 Actress Zendaya is now so adept at choosing jewellery for her red-carpet appearances (or should I thank her stylist?) that I now look forward to seeing what she will adorn herself with next. At the Academy Awards this year she wore a Bulgari Magnifica High Jewellery collection necklace featuring a 6-carat cushion-cut fancy vivid yellow diamond and colourless diamonds with a combined carat weight of more than 135 carats. She completed her bright yellow ensemble with a 21.14 carat fancy intense yellow diamond ring and a pair of pear-shaped fancy intense yellow diamond earrings with a total weight of approximately 13 carats. And I would be remiss not to mention her outing at the Venice Film Festival wearing another Bulgari High Jewellery necklace, this time the Hypnotic Emerald creation with a 93.83 carat oval-shaped emerald cabochon. 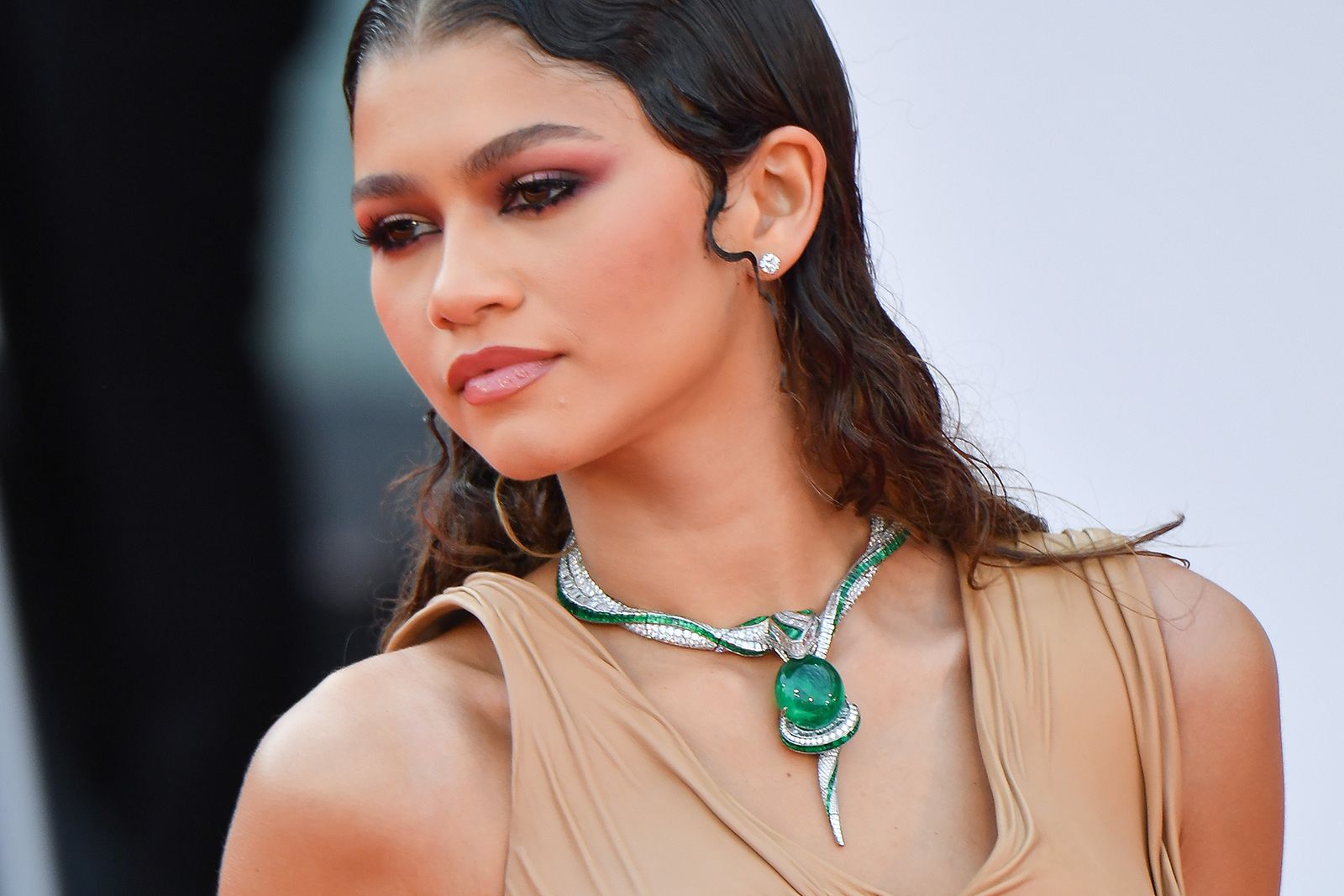 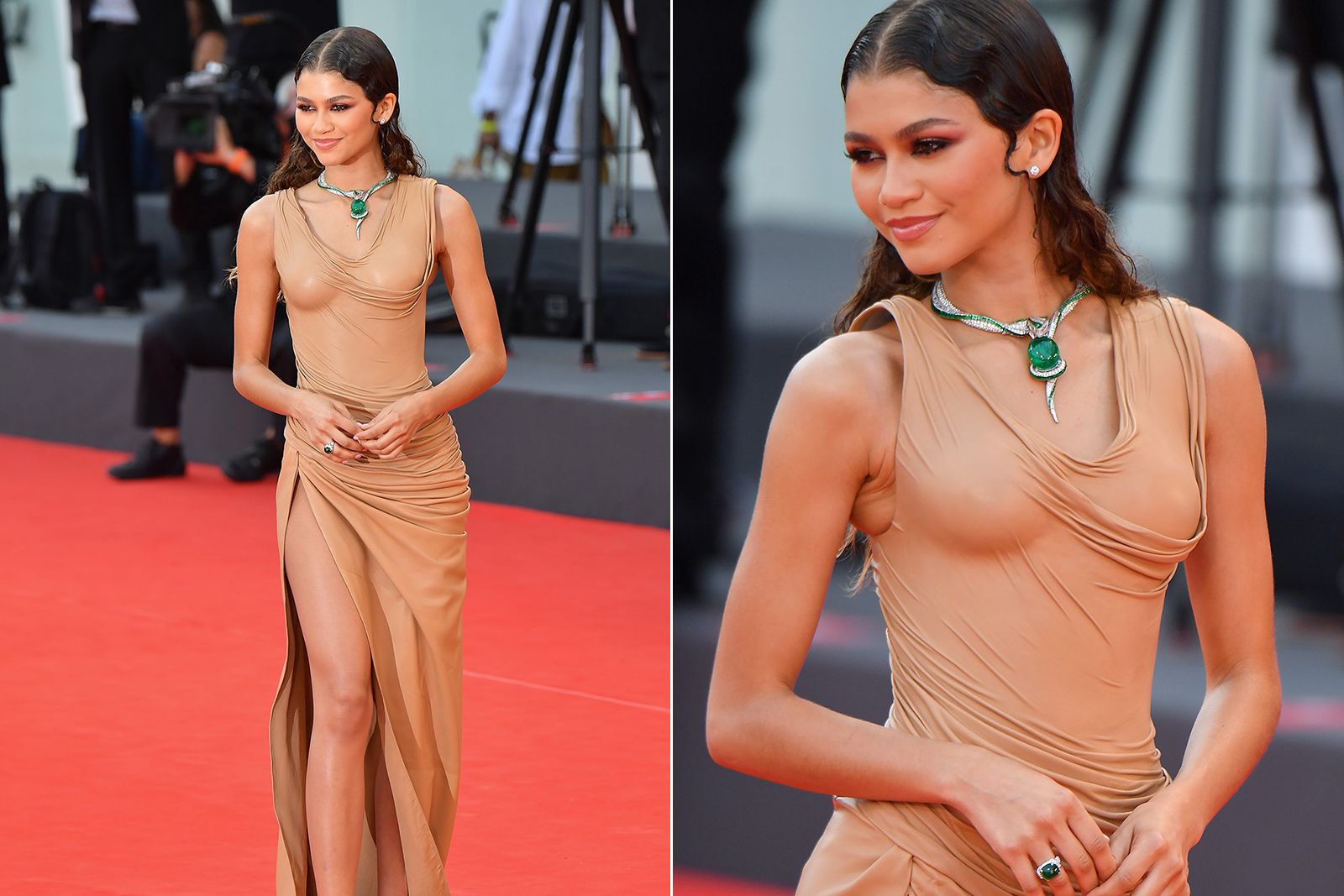 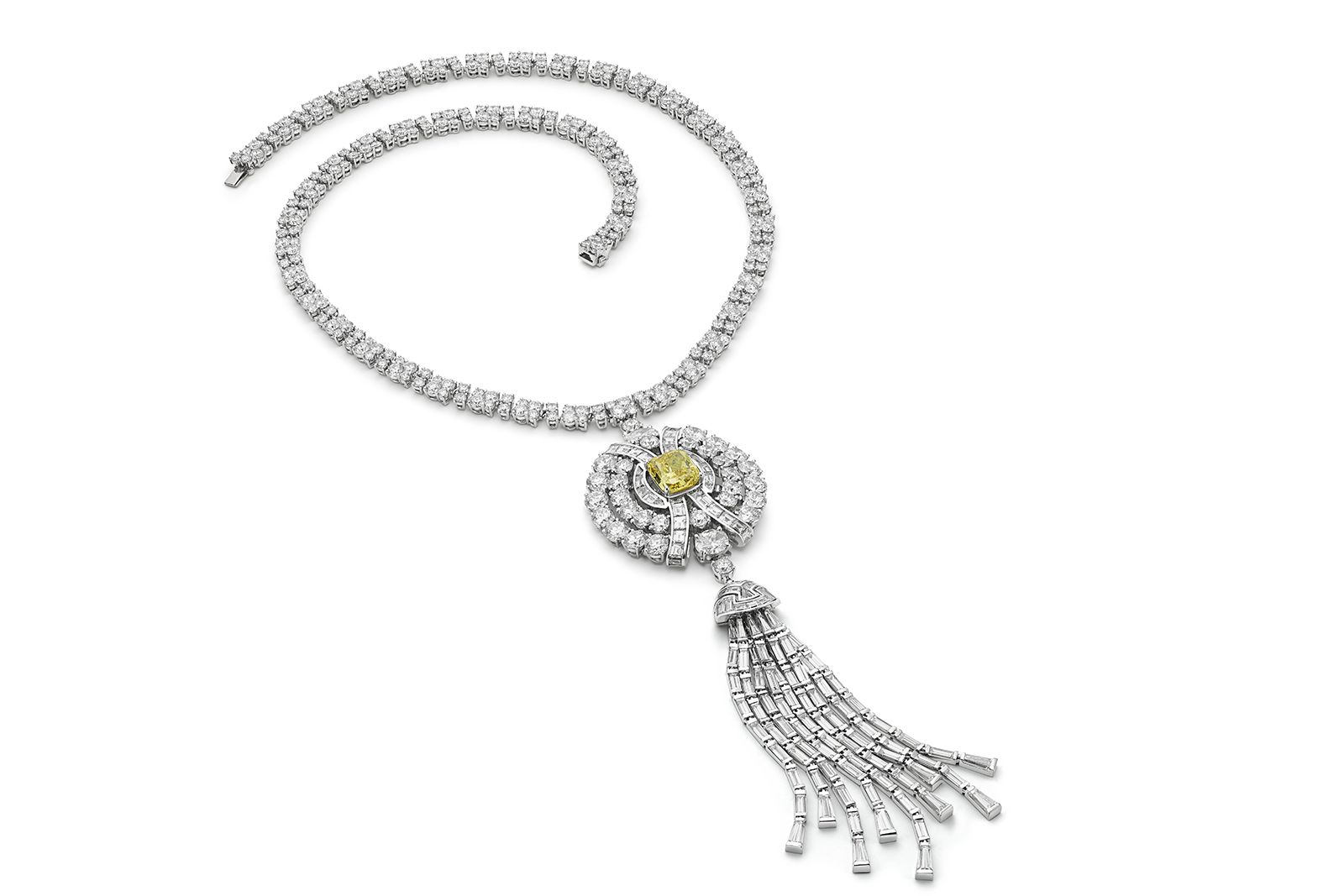 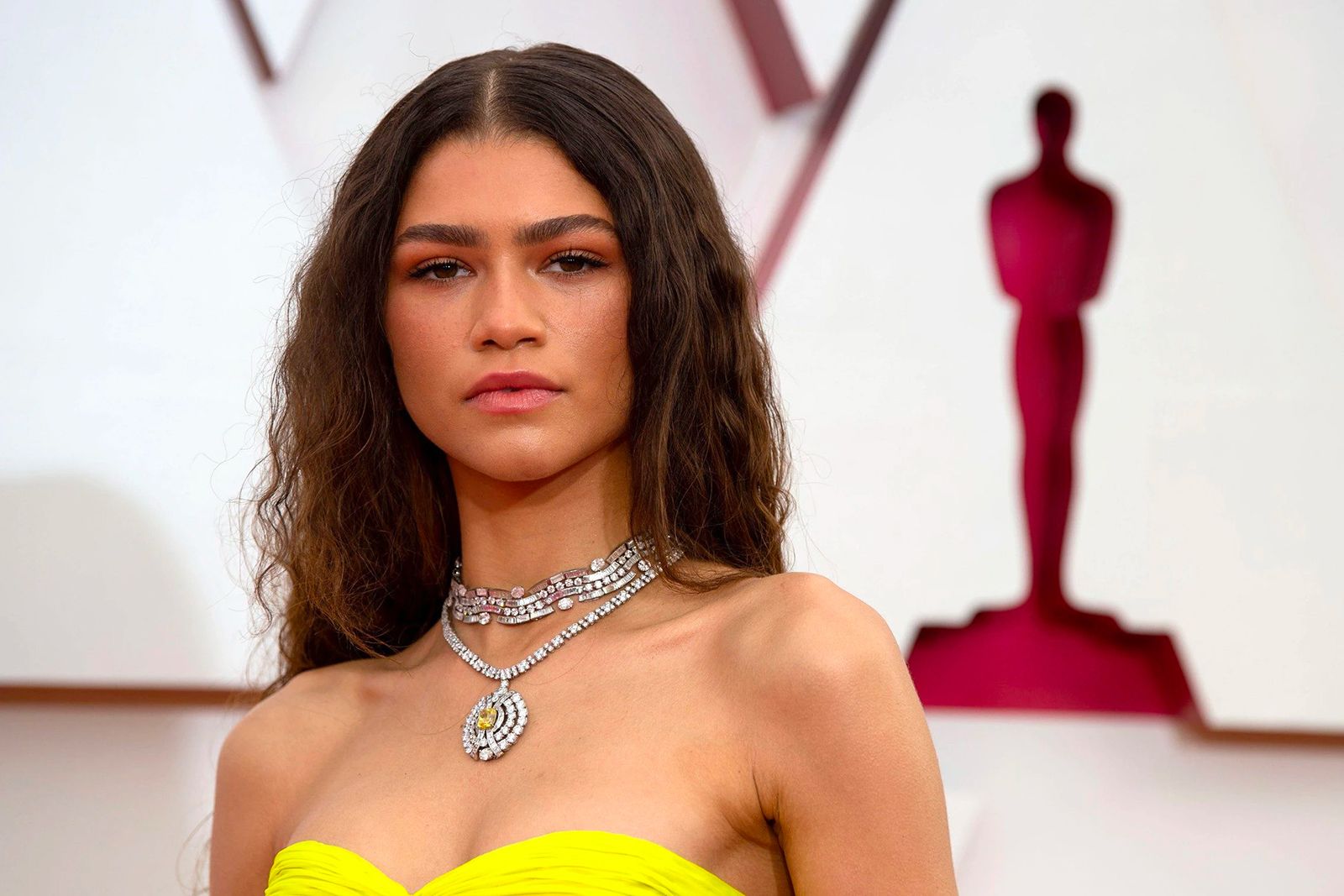 American theatre producer Jordan Roth blended contemporary and vintage jewellery to great effect at the Met Gala this year. He combined the Lydia Courteille Caravan agate necklace and the matching 4 Faces Caravan ring, set with a large aquamarine, with a vintage Rene Boivin amethyst necklace that was loaned by A La Vieille Russie. The overall blend of colours and the dynamism of the finished ensemble is what sold it for me. 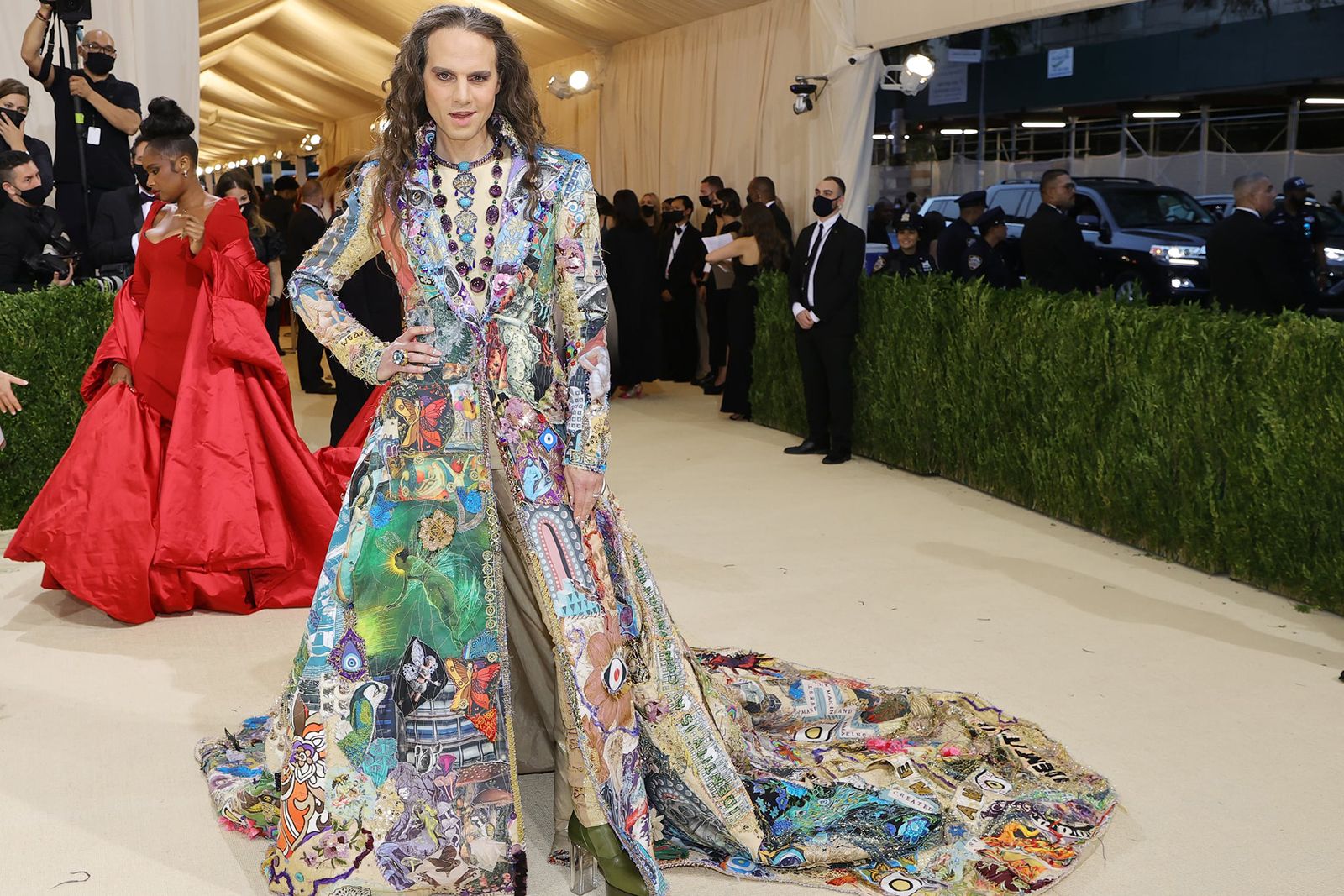 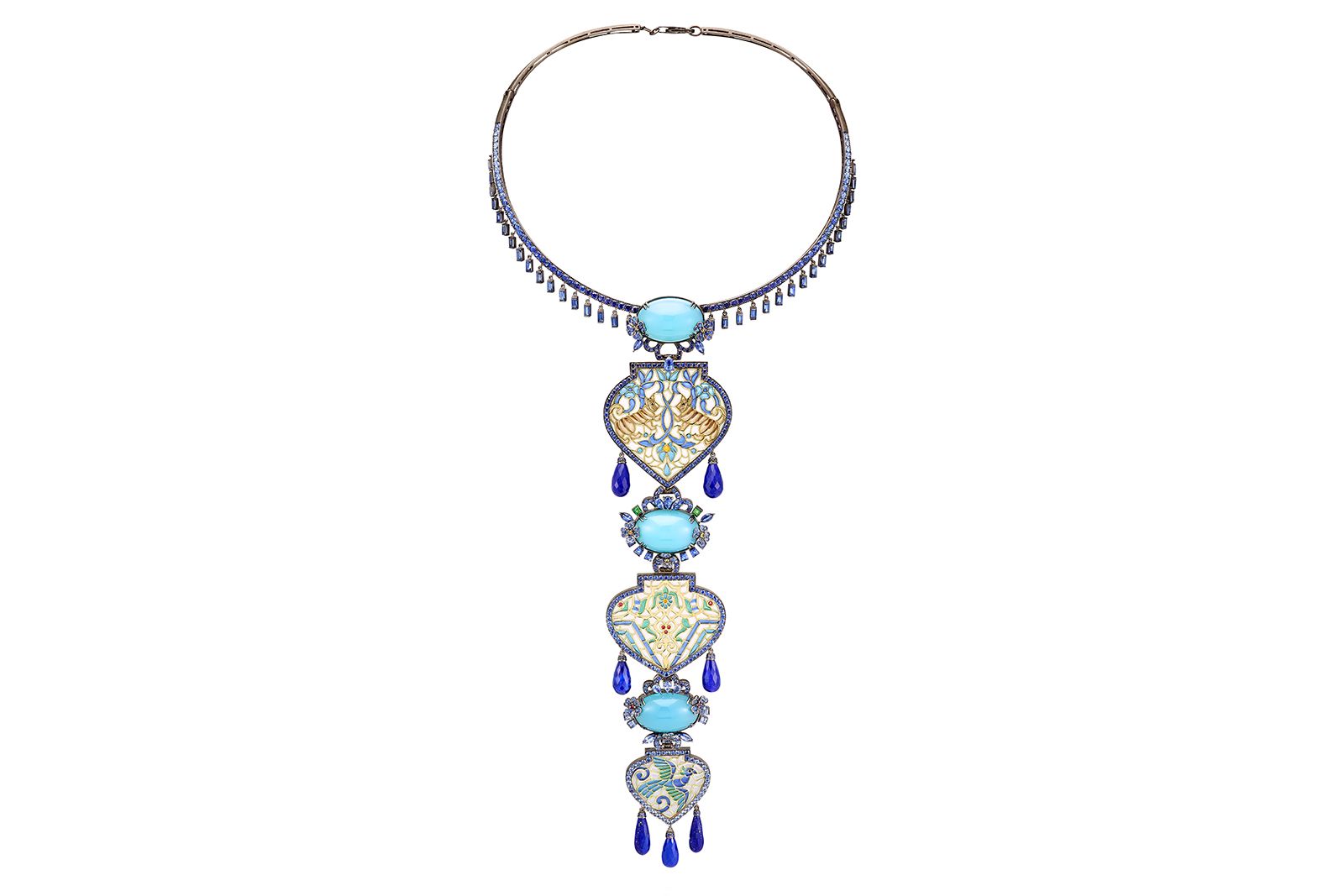 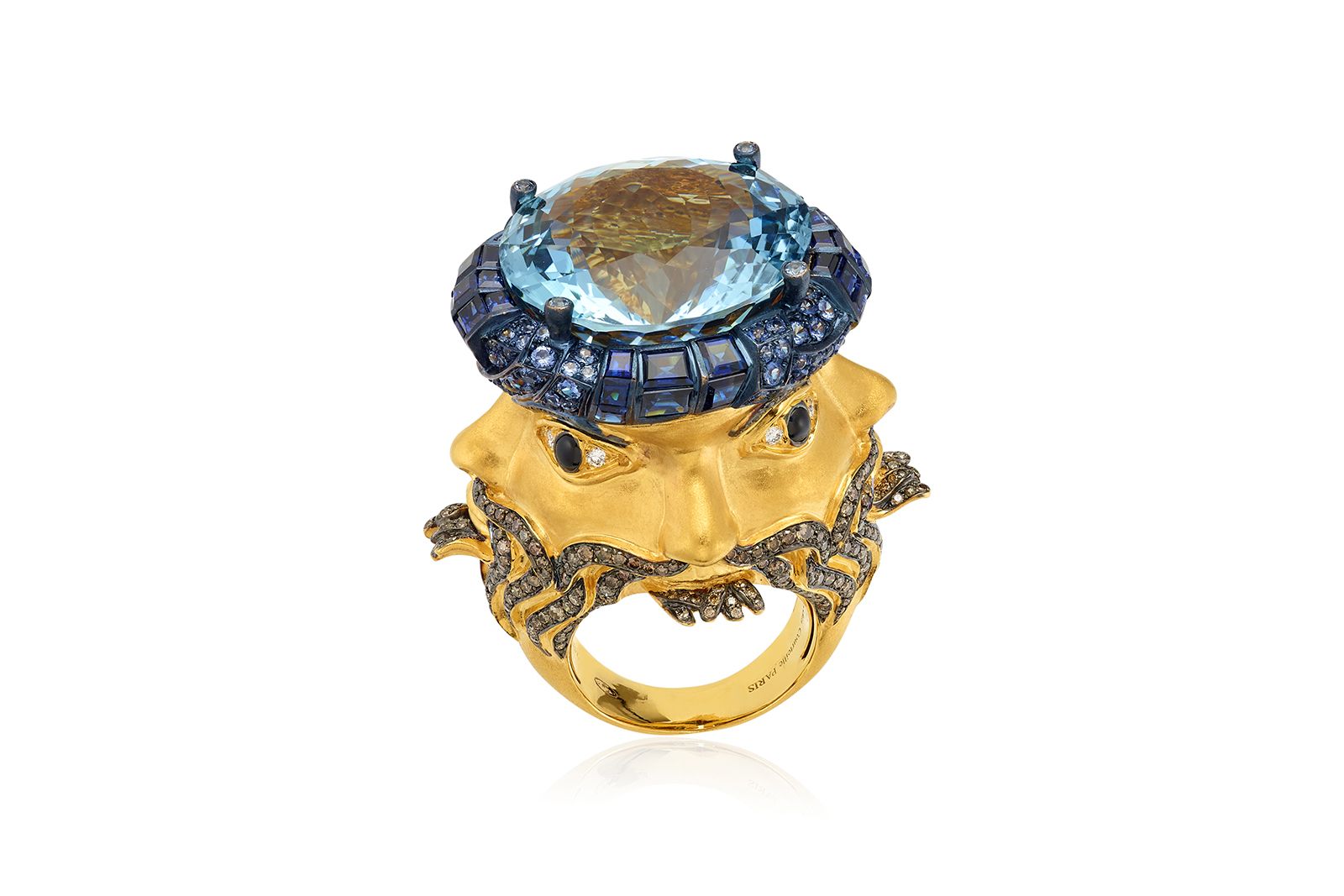 Chinese actress Li Meng offered one of the most sensational and colourful looks of the Cannes Film Festival earlier this year by wearing a Bulgari High Jewellery poncho necklace. The piece is crafted in pink gold and is set with 64 amethyst beads of 266.24 carats, 61 cabochon rubellites of 278.55 carats, 35 cabochon-cut tourmalines (another 144.99 carats), turquoise beads and round brilliant-cut diamonds of around 100 carats. 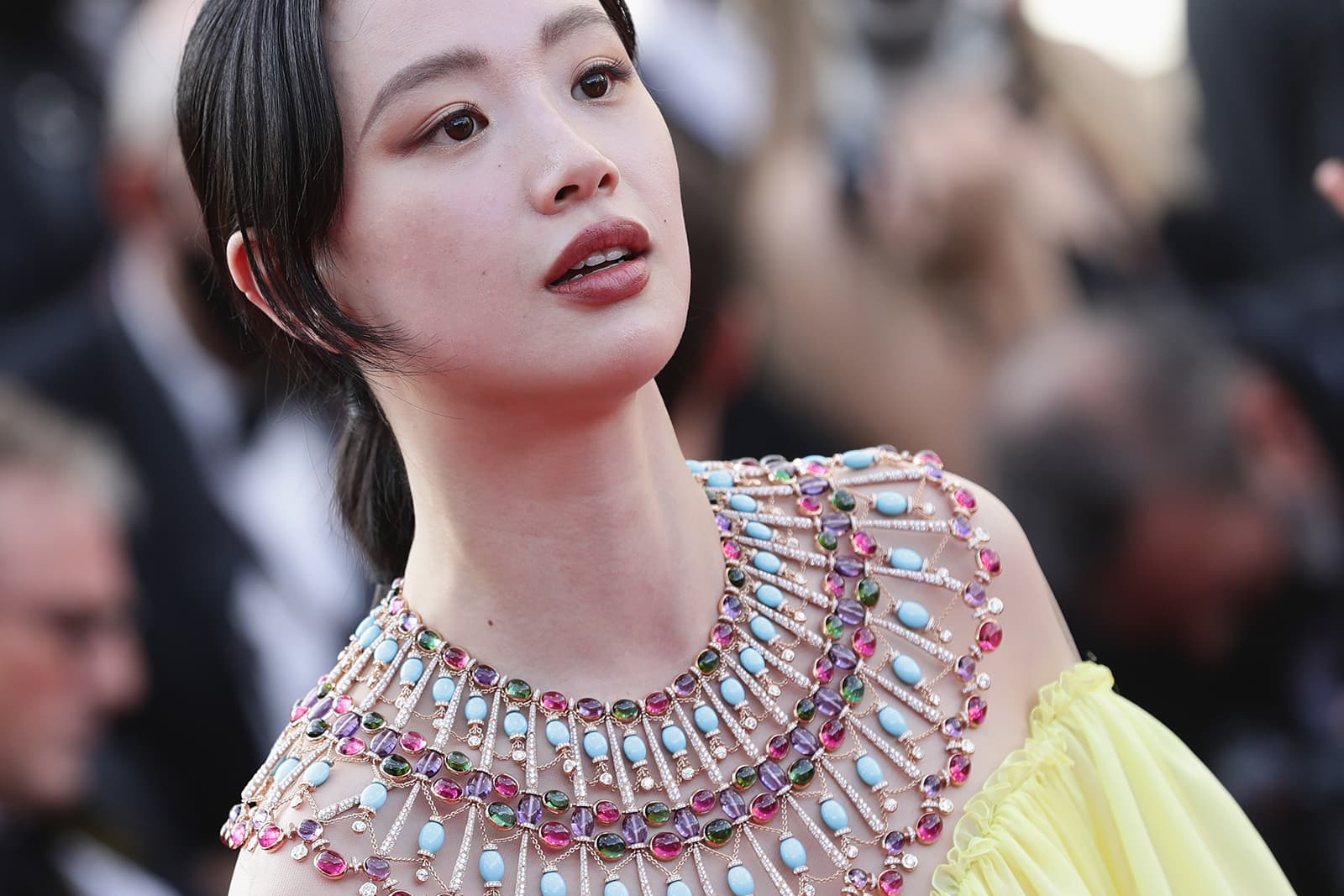 British actress Emily Blunt had a great year on the red carpet, with two notable jewellery ‘performances’ at the Met Gala 2021 and the CFDA Awards. For the former, she wore the Messika High Jewellery Trapézistes earrings, Danseurs Aériens two-finger ring and the Roaring Diamond ring, which looked sensational combined with a starry tiara. For the latter, Blunt hosted the awards wearing a Bulgari pendant necklace with green enamel and diamonds that look similar to snake scales. 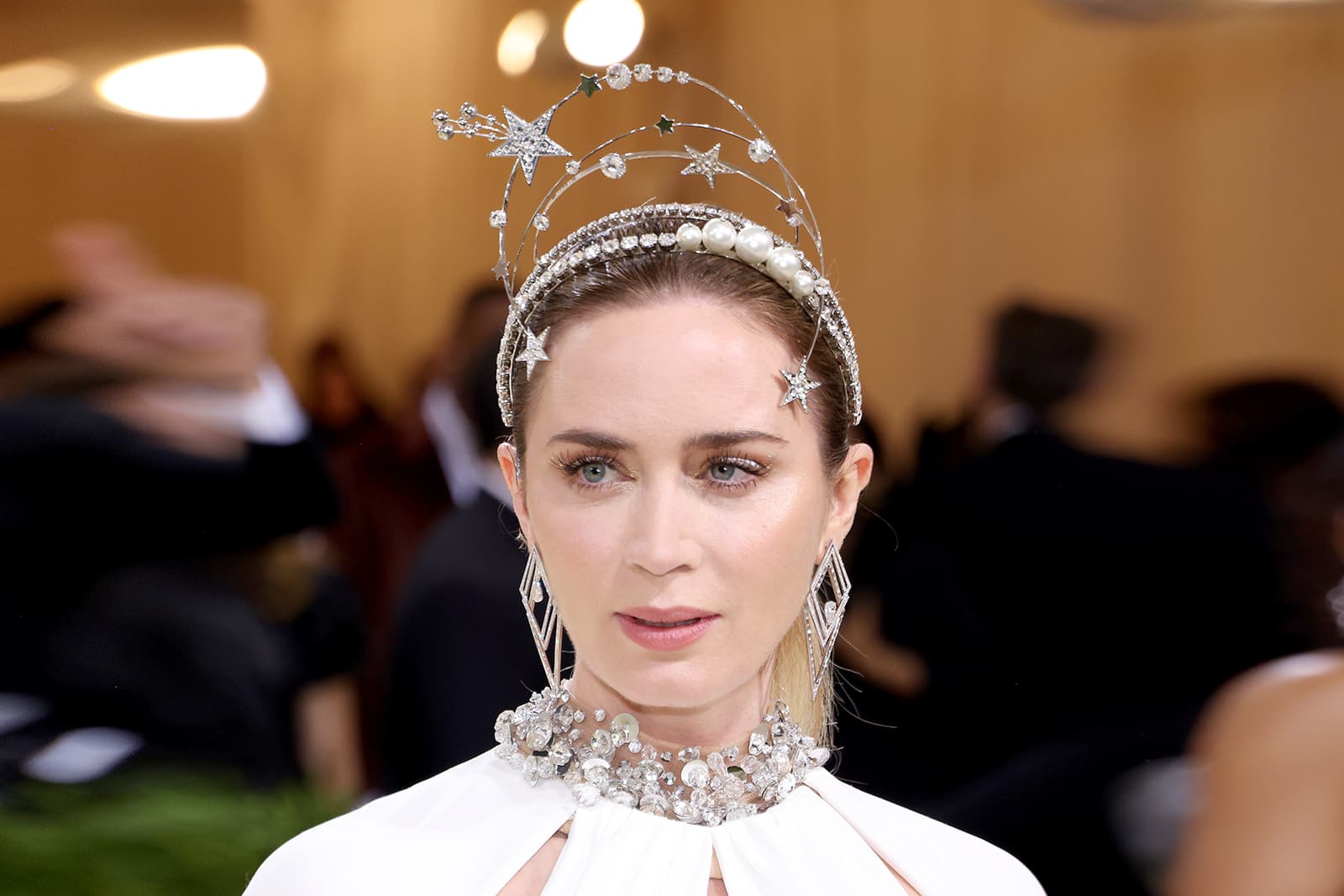 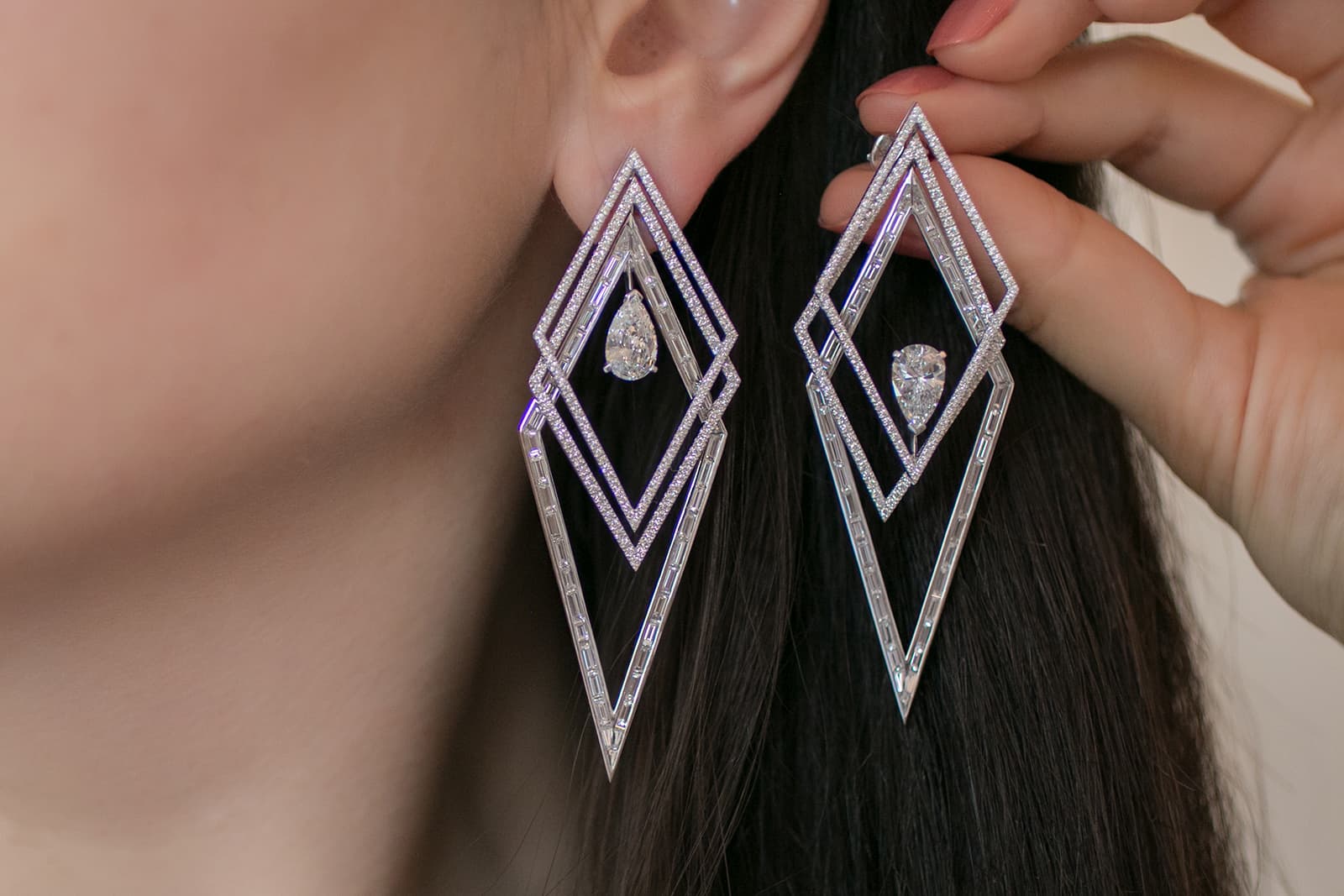 Undoubtedly one of the most talked about moments of the year! Bella Hadid stepped out at the Cannes Film Festival wearing the Gold Lung necklace by Daniel Roseberry for Schiaparelli’s FW 2021 Couture collection, coupled with Chopard ruby and diamond drop earrings and the brand’s Phoenix cocktail ring. Although the look stirred up plenty of controversy, it was refreshing to discover jewellery at the centre of the fashion conversation for a change. 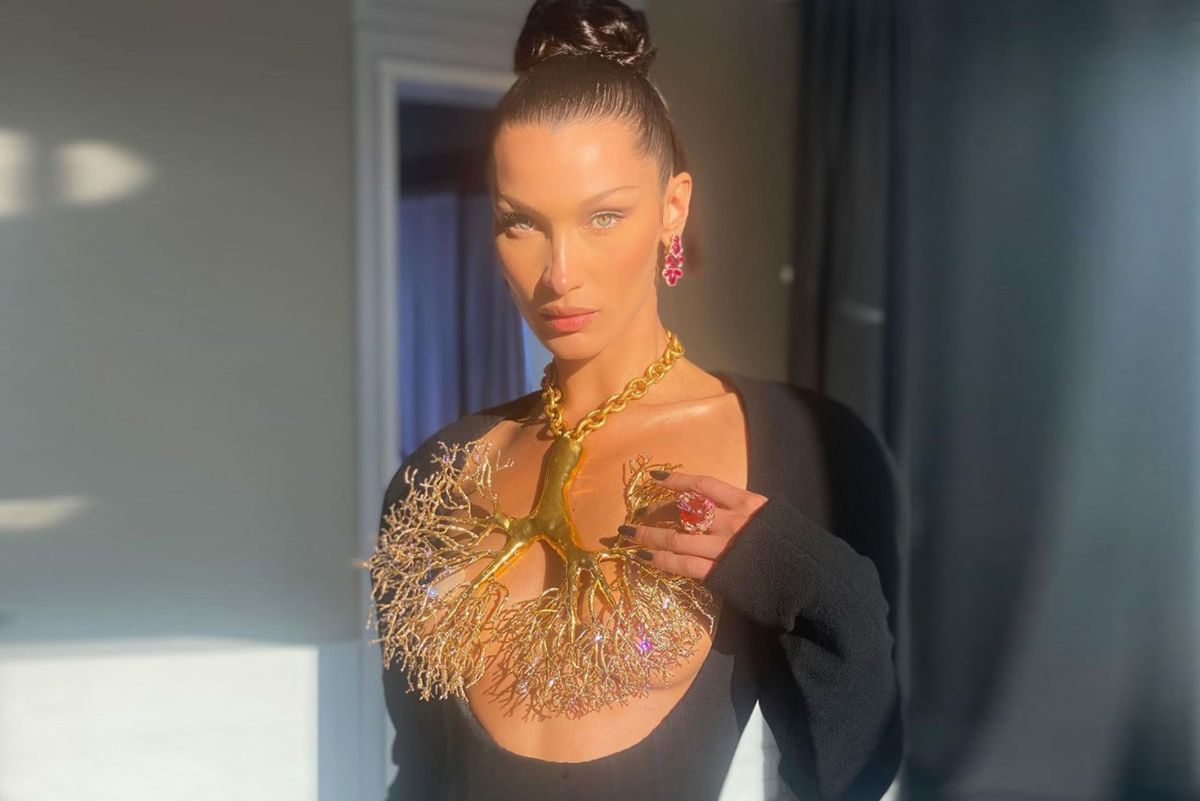 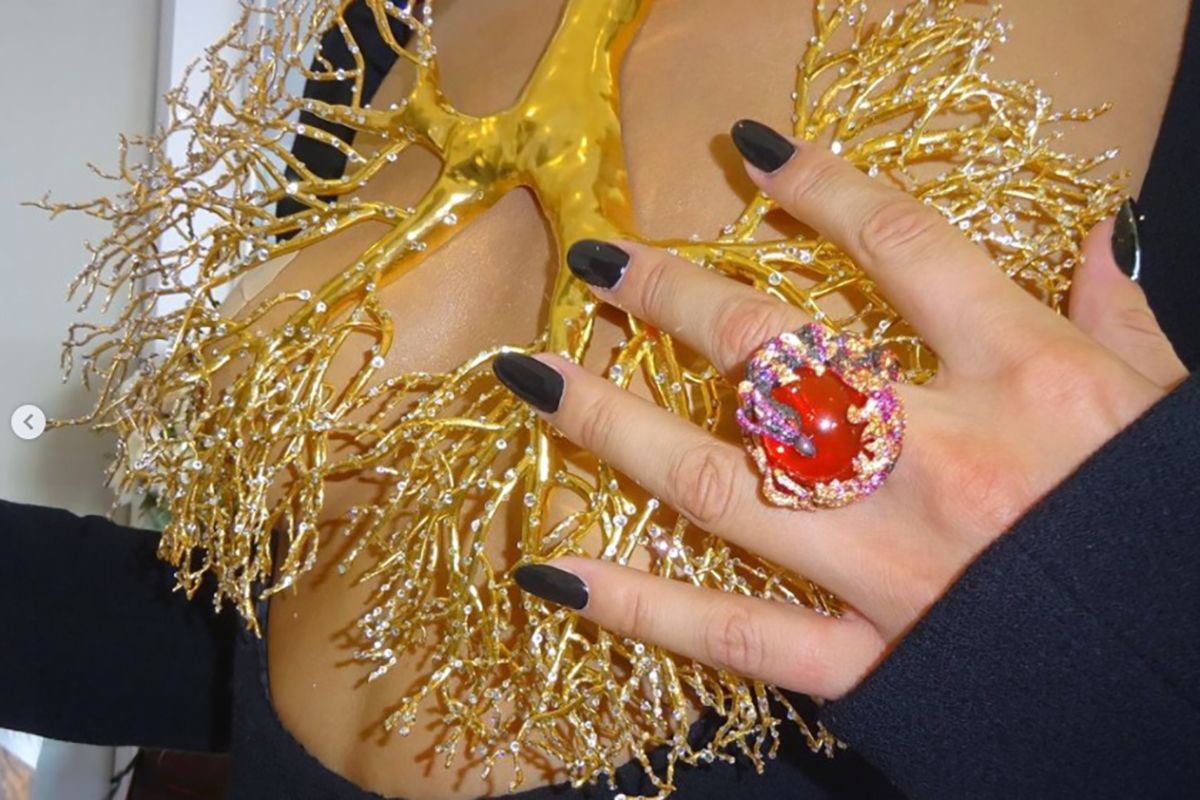 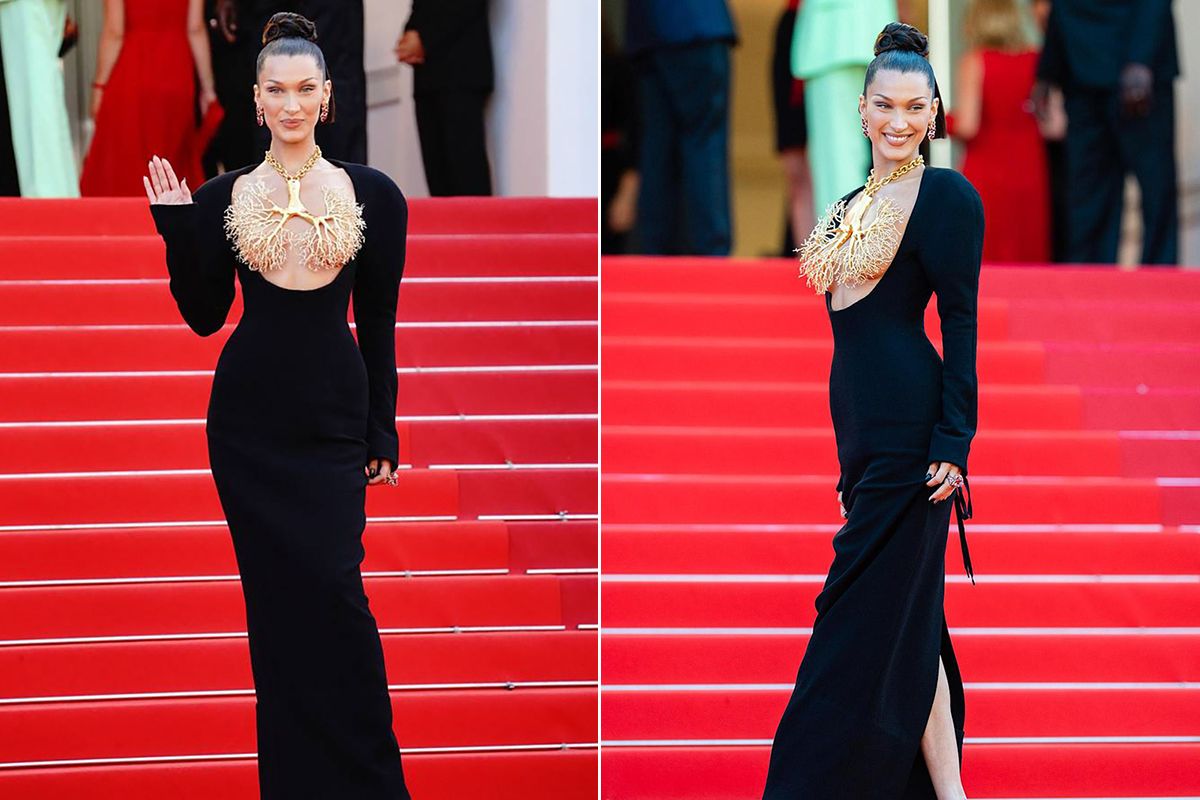 Love it or loathe it, the American actress Elle Fanning certainly made an impression with her giant gold chain crop top at the InStyle Awards. Okay, so this is technically not a piece of jewellery, it is more like wearable jewellery-inspired art that’s emerged from the Balmain atelier. It’s a hybrid of sorts, and it sparks the conversation around where jewellery ends, and fashion begins. When I shared this on Instagram, nearly 500 of you commented, so perhaps Elle achieved her objective after all! 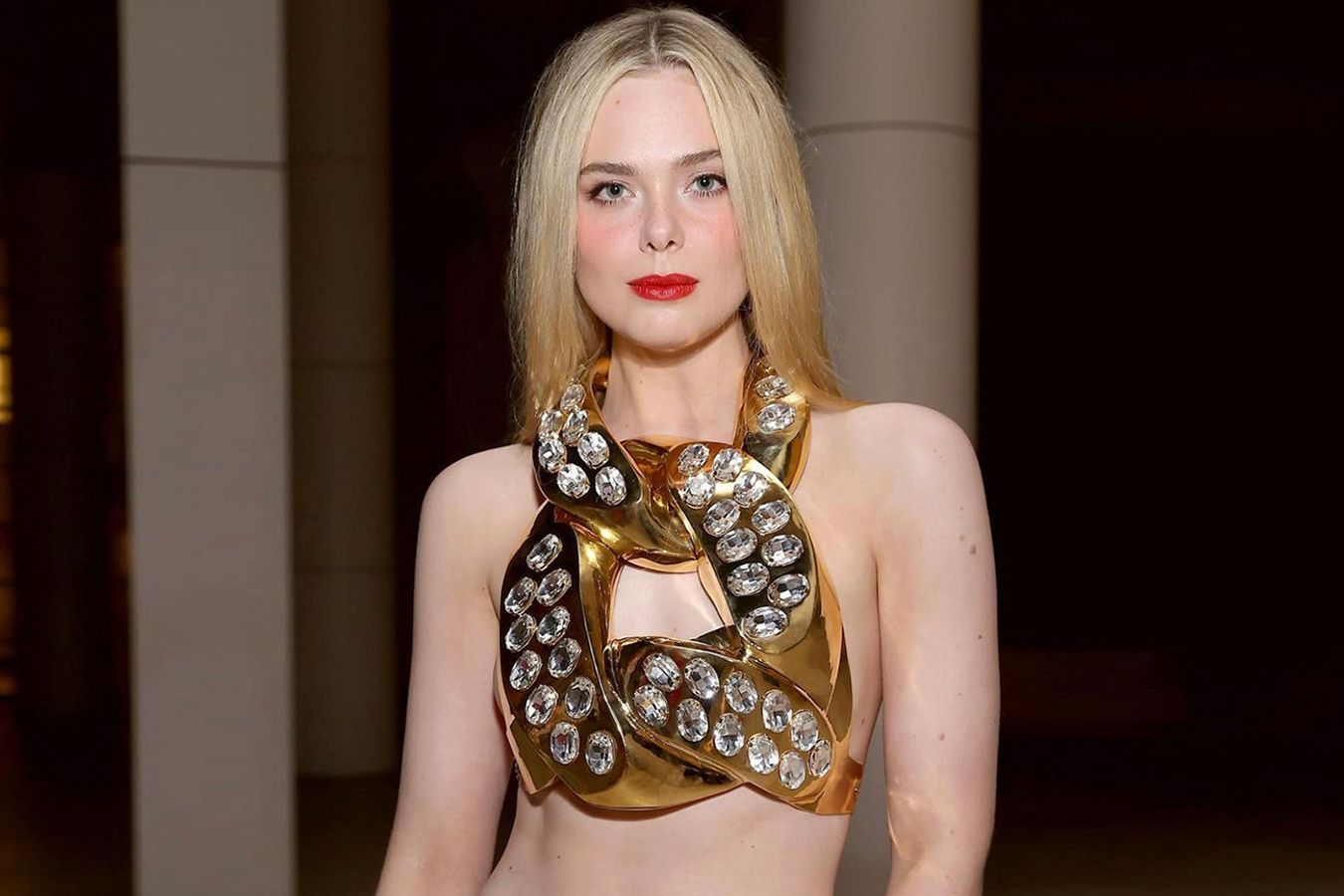 Gucci High Jewellery is polarising to say the least – some see it as kitsch and colourful, whereas others believe it has fallen over the line into gaudy. Actress Jodie Turner-Smith, however, made the absolute best of a sunny suite of yellow beryl and diamond lion head jewels by the brand at the Cannes Film festival. The beautiful pairing of her skin tone with the warmth of the gemstones is one of my favourites of the year. Similarly, special mentions must go to model Iman, who complimented her complexion perfectly with Fred Leighton citrine and diamond pendant earrings at the Met Gala, and actress Kristen Dunst who also wore citrine and yellow gold earrings by Fred Leighton at the Venice Film Festival. 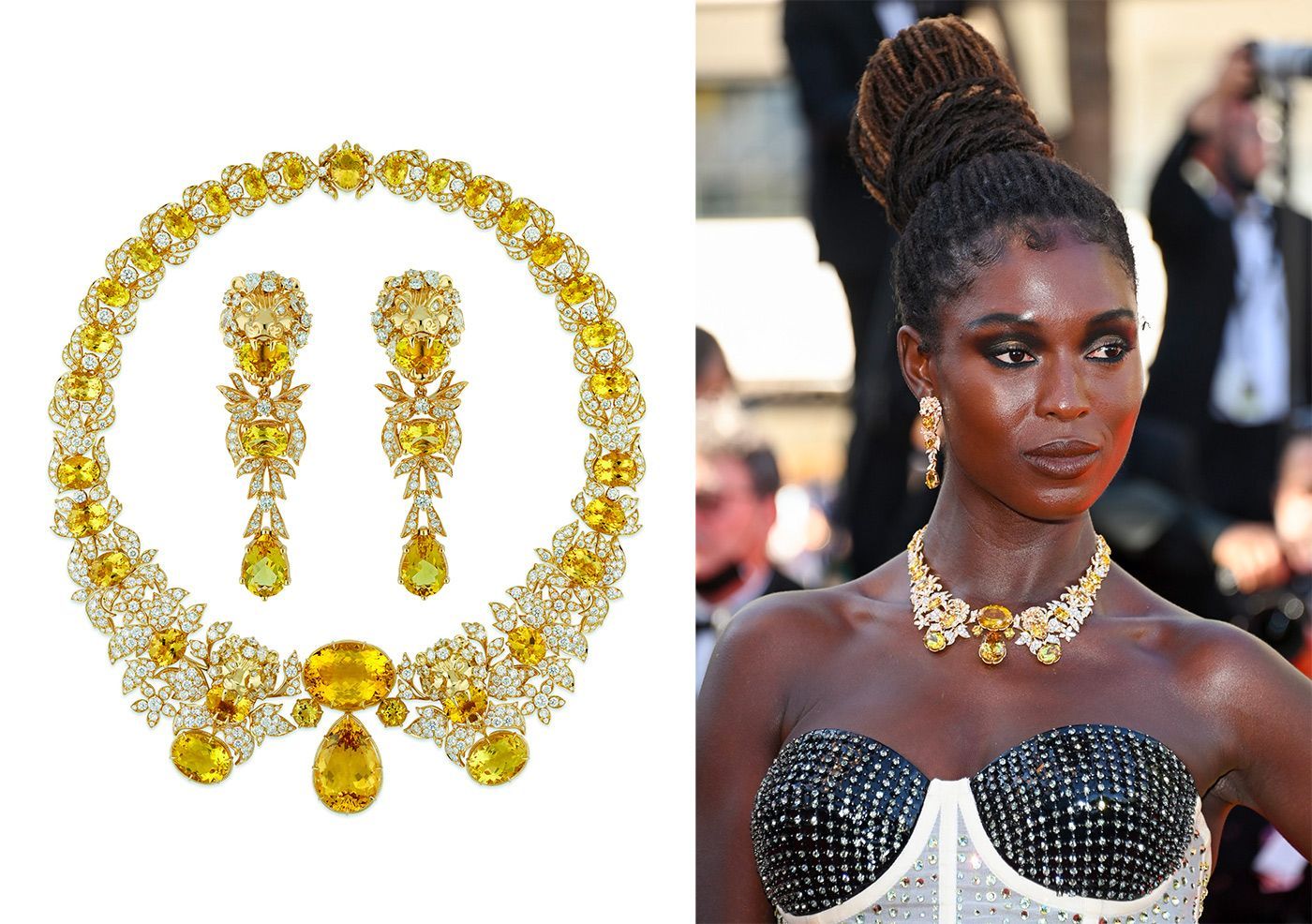 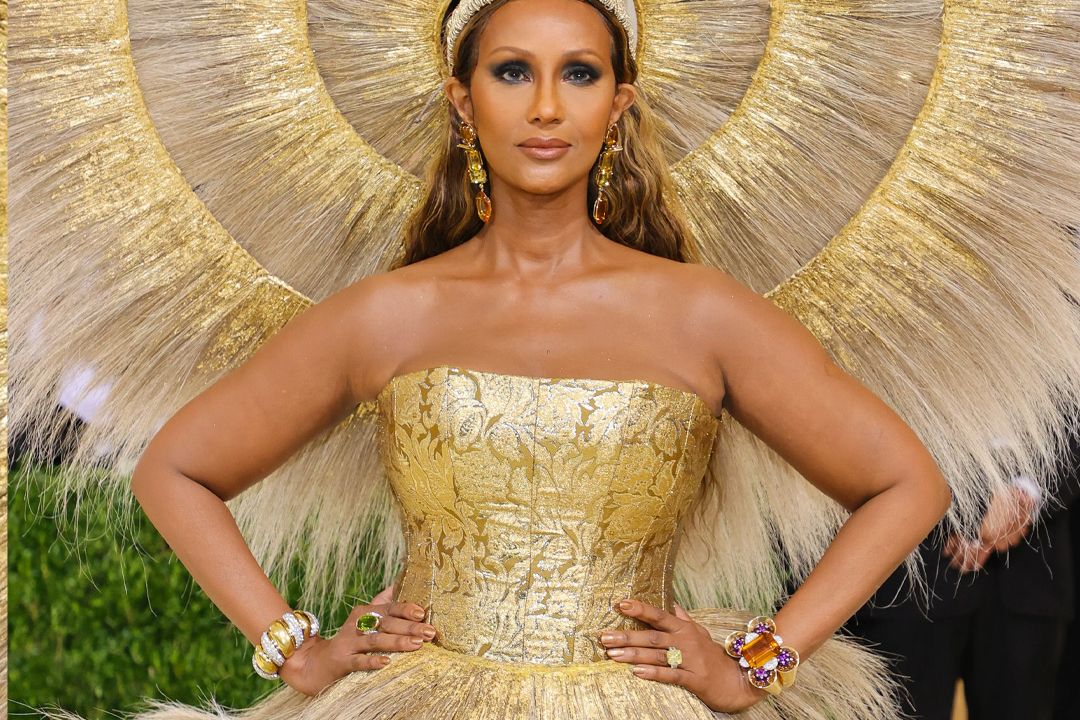 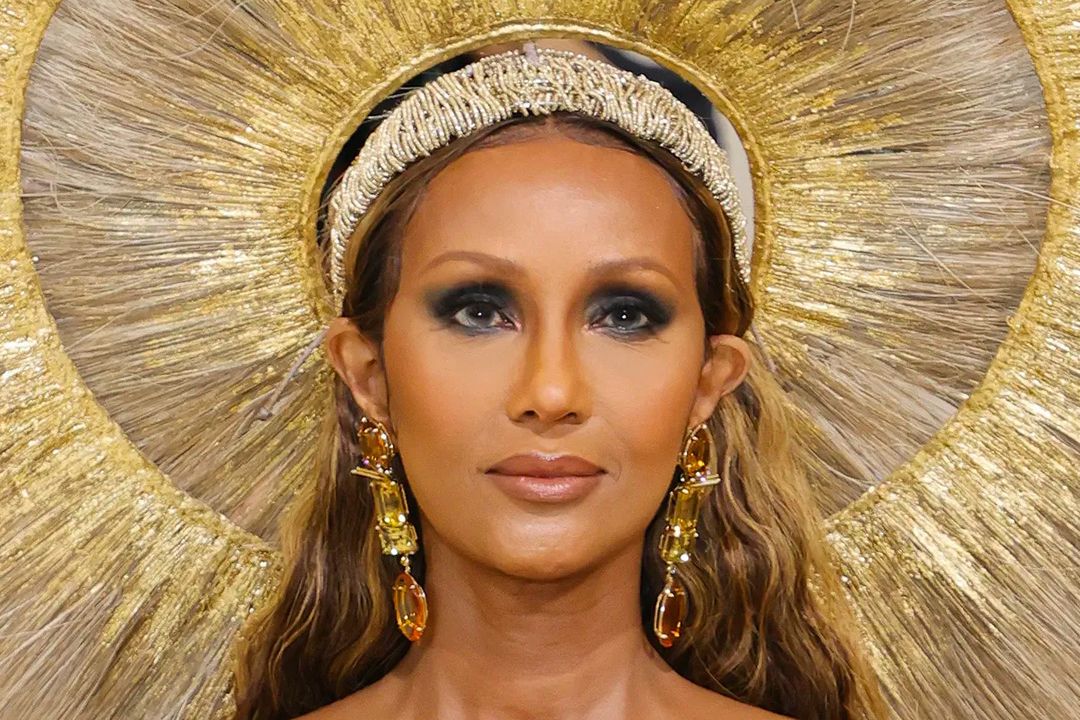 The ever-stylish actress Diane Kruger is also worth a mention here for embracing a pair of truly spectacular Tasaki Iridescent earrings with South Sea pearls, sapphires, rubies and grossular garnet on the red carpet at the Met Gala. The way she styled them with a neon green-yellow dress, bright pink shoes and a pop of bubblegum pink eyeshadow was rainbow perfection. And speaking of Tasaki, we must also give a notable mention to Claire Danes who also wore a pair of the brand’s 18k white gold, Akoya and South Sea pearl ear cuffs to the Met Gala. 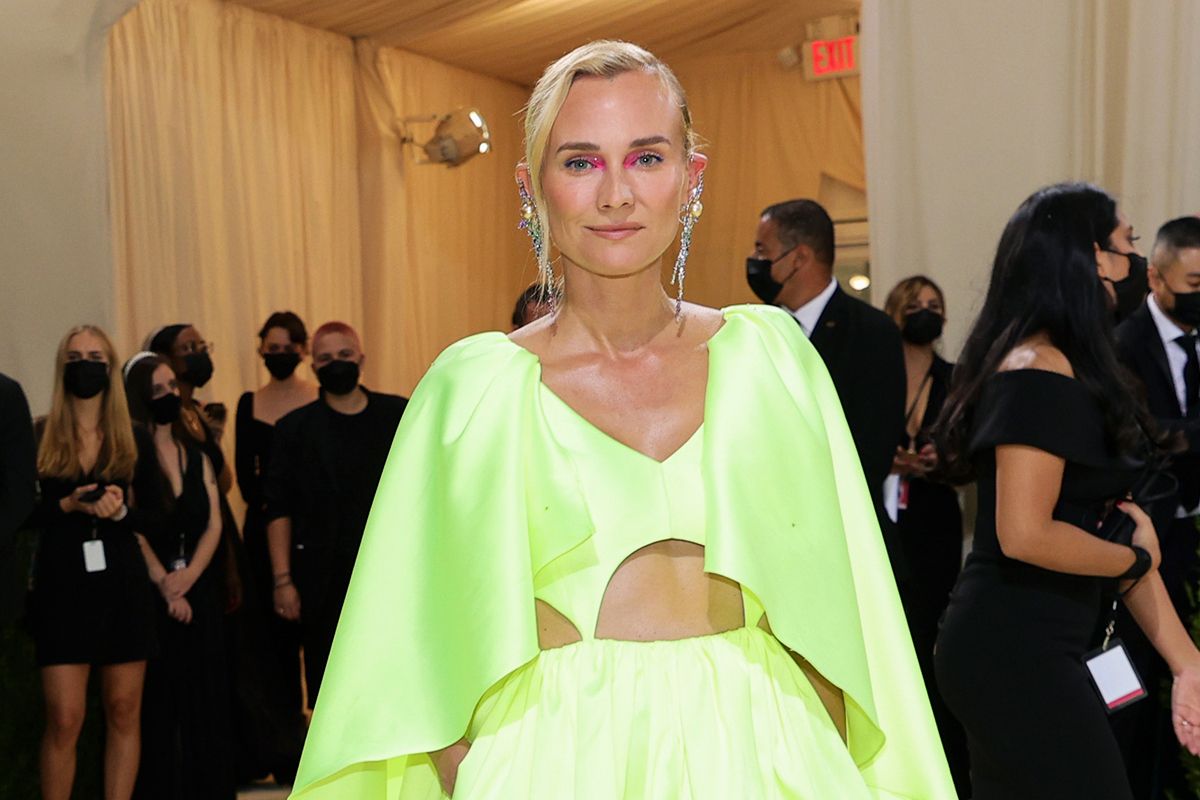 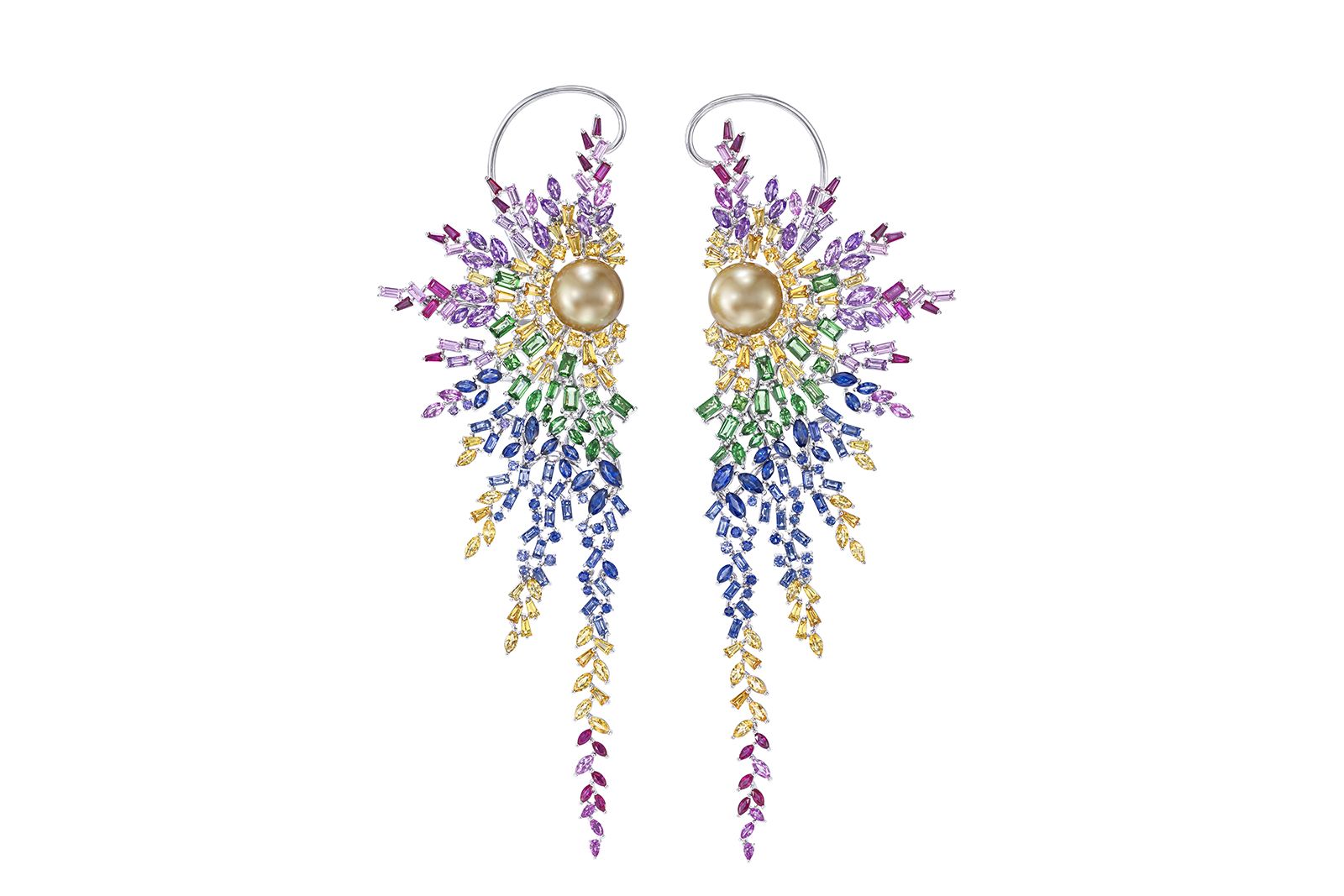 What will the year 2022 have in store for us on the red carpet? If my instincts serve me well, I think we will continue to see large coloured gemstones, vast swathes of diamonds and, hopefully, a continuation of this year’s trend for jewels with personality. I can’t wait to see what emerges on the red carpet next!