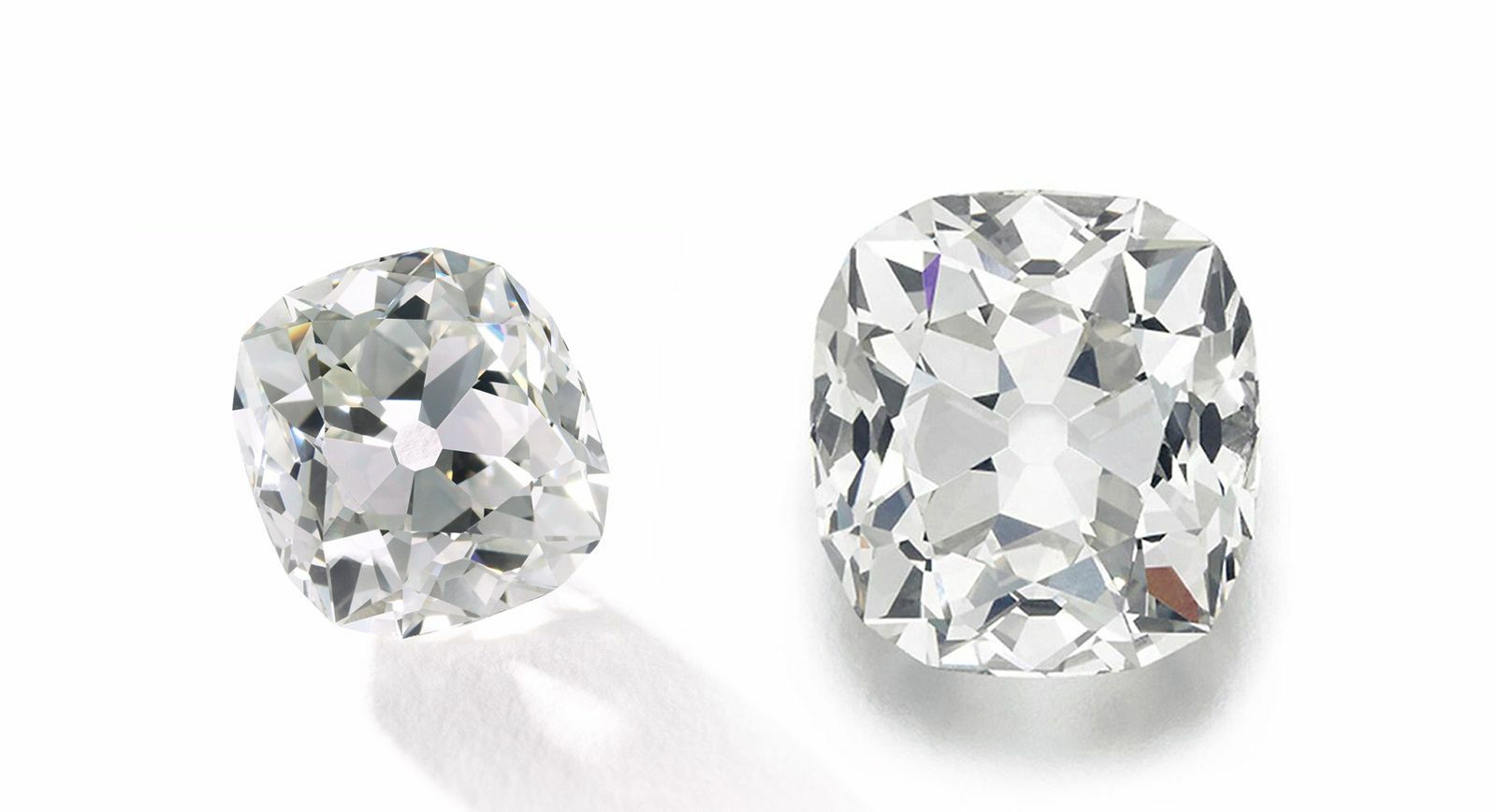 Old Mine Diamonds – the Beauty In Imperfection

Almost every famous diamond, be that Koh-i-Noor, Cullinan, Regent or Hope has the old mine cut, which appeared in the year 1700. Until the early 20th century, diamonds were faceted by hand alone, and did not comply with the contemporary strict rules about the number of facets or angle of the facets’ inclinations in respect to one another. Bevelling “by eye” reduced the intensity of the reflection of the light inside the stone which resulted in the sparkle of vintage diamonds being more modest than of modern cuts. Saying that, every specimen used to be unique and entirely endowed with its own character.

In 1919 “diamond revolution” took place when Marcel Tolkowsky deduced the mathematical formula of the modern round diamond, called the “ideal cut”. Processed according to the maestro’s calculations, stones began to shine far brighter than their predecessors. They also began to look more attractive from an aesthetic point of view, thanks to the clearly defined faces and ensuing symmetry. The primary distinguishing feature of the old-mine diamonds was the strong sense of enigma. 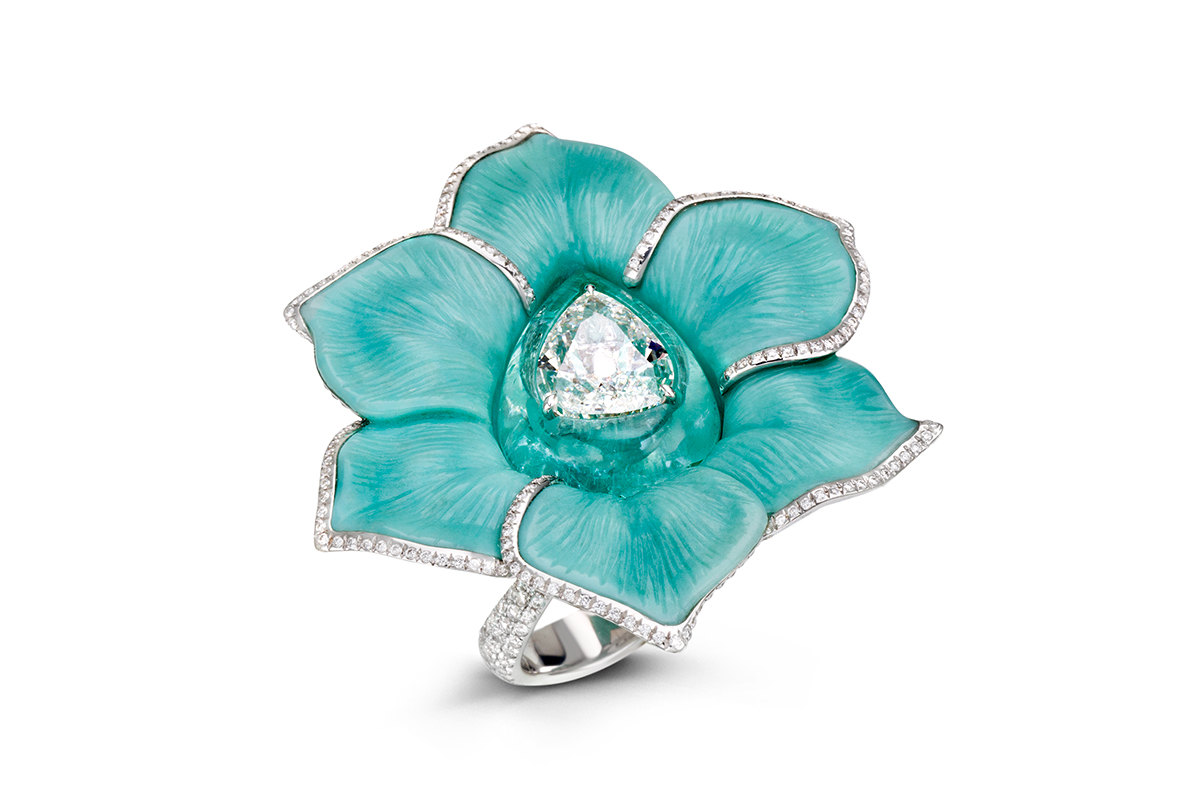 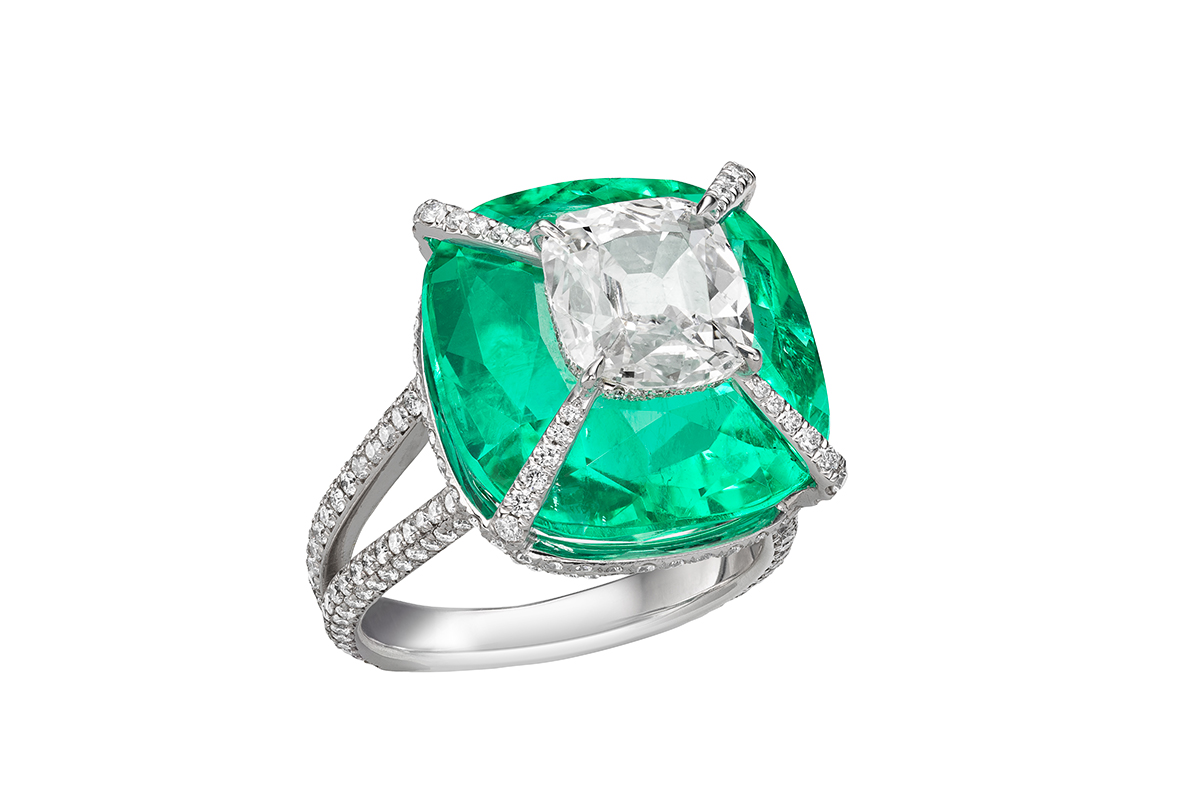 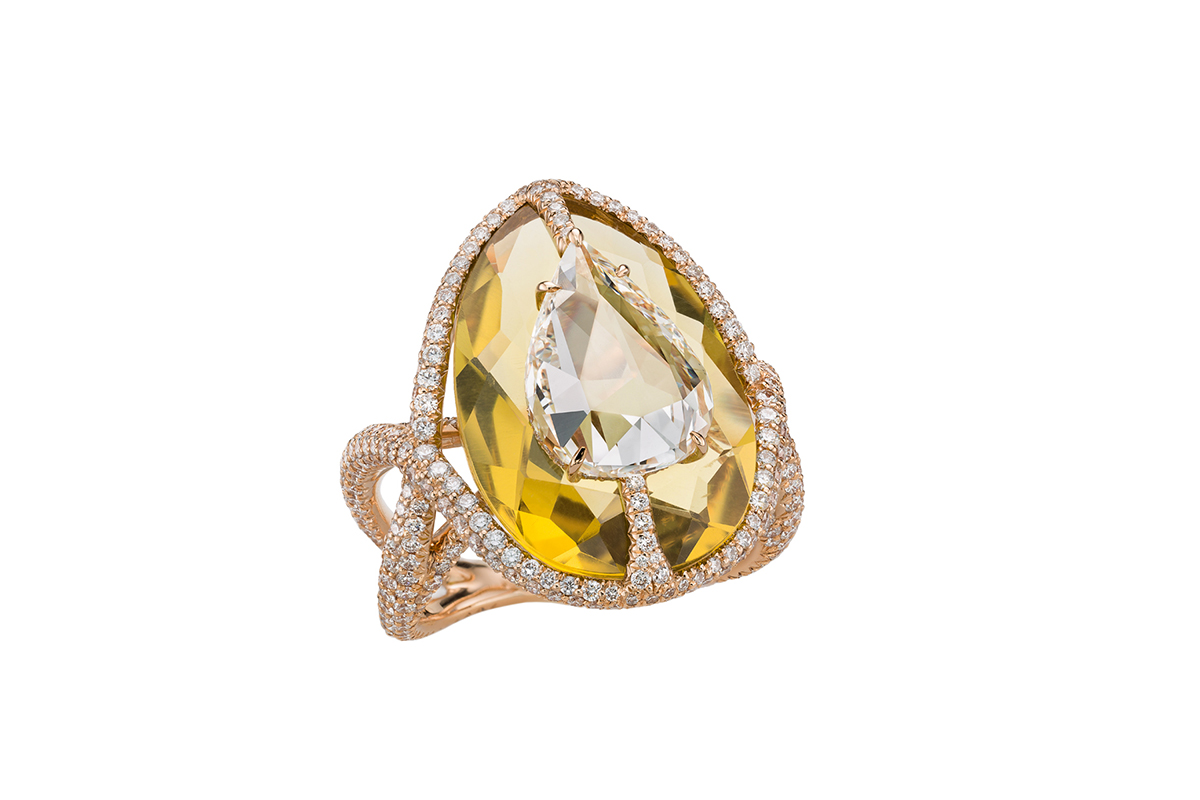 “The ample faceting of old-mine stones contrasts with the modern cuts and lends a diamond softer and more magical sparkle. Old-mine gems seem to carry a dose of mystique in them as the reflection of light within them is more mysterious. Contrary to jewellers of the past who used old-mine diamonds in antique pieces, we are attracted by the contrast emerging from using antique stones in contemporary avant-garde designs,” says Albert Boghossian, CEO of Swiss jewellery house Boghossian.

As a rule, vintage diamonds have a very small table, a deep pavilion and a high crown, which is why their shine is inferior to modern specimen, but the flashes of light inside the stone, otherwise known as their “fire”, is far more pronounced. “Old mine cuts are the true individuals of the diamond world. Their edges are softer than modern cuts, at the time when they were cut optimising the carat weight was paramount and therefore old mine cuts have a nugget feel to them. This organic shape has more depth than modern cut diamonds. I love the fact that they are handcrafted rather than being cut by machines. For each stone the cutter follows the rough diamond’s natural octahedral shape, rather than being optimised by a machine led process and therefore the shape is more determined by the architectural natural beauty of the mineral in the artist eye,” says jeweller Jessica McCormack, who works exclusively with diamonds. 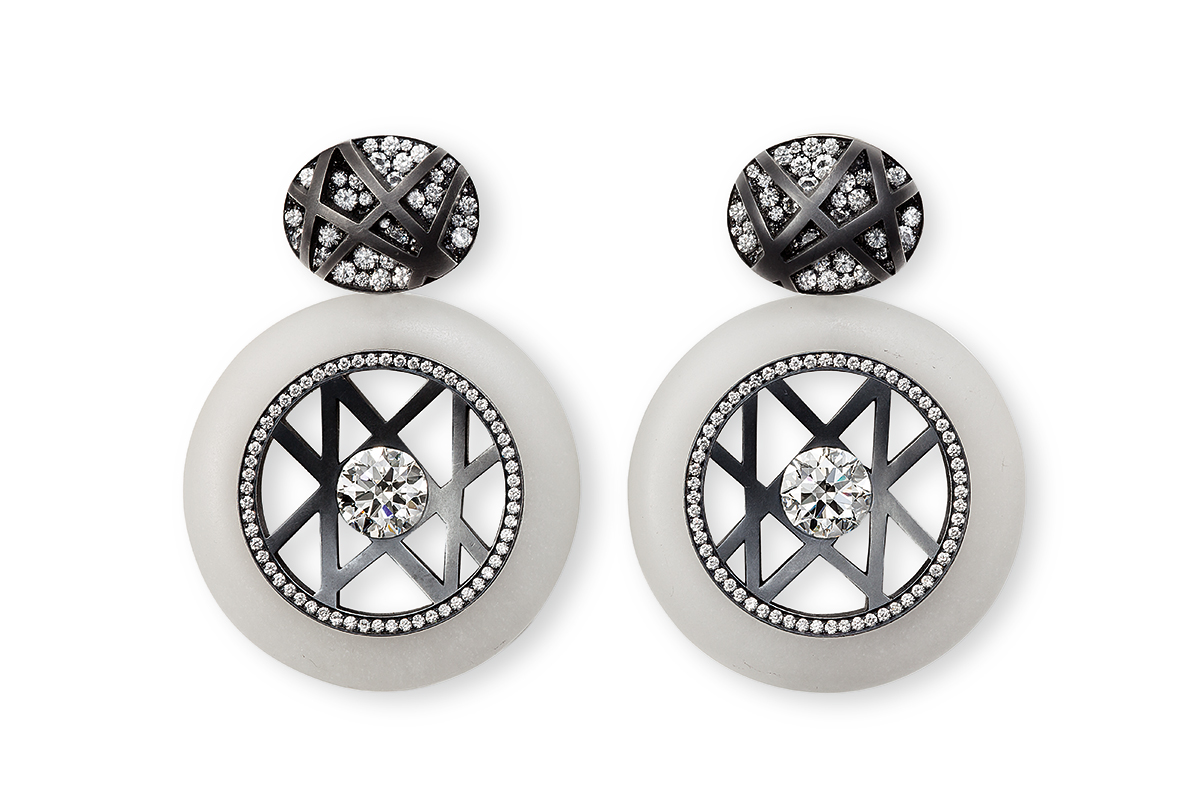 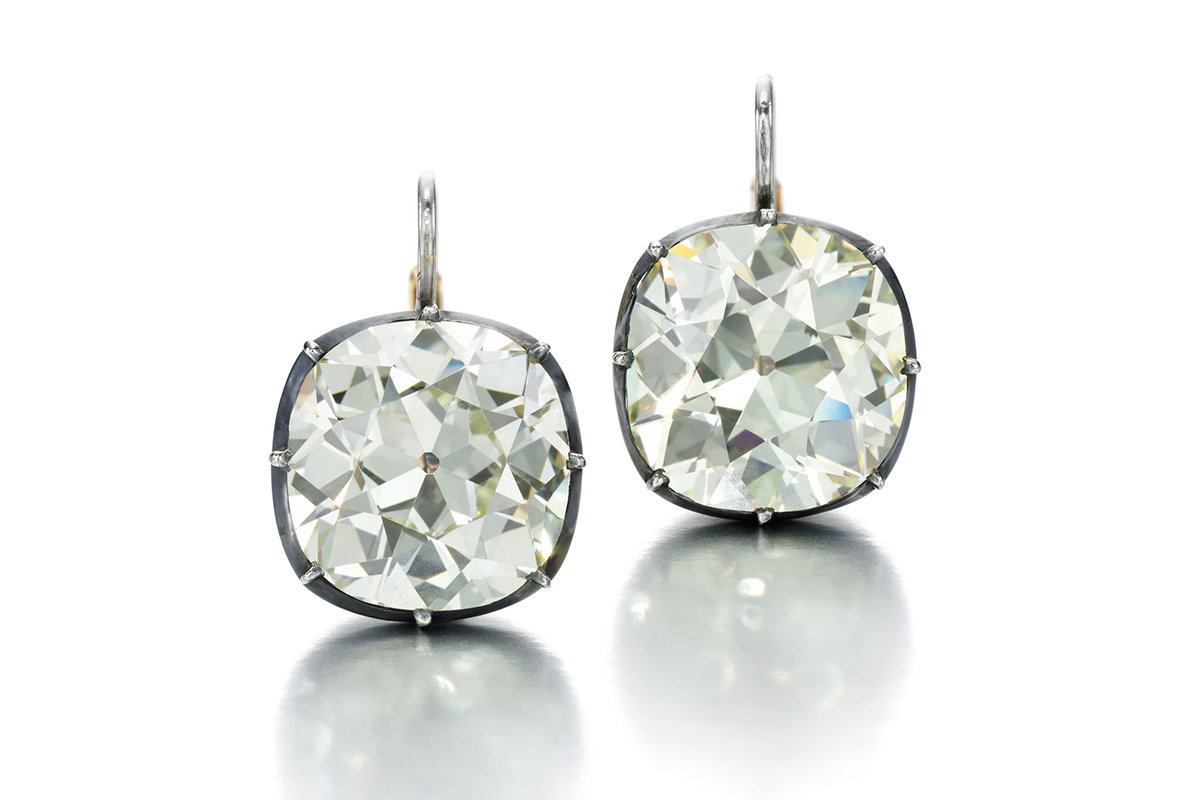 Old-mine cut stones that survive to the present day were in most cases once part of vintage jewellery. I remember the first time I saw an old mine diamond: I was unable to fathom why the stone, so far from being ideal, seemed so very attractive. Many eminent contemporary jewellers, including Suzanne Syz, Hemmerle, Taffin, Alexandre Reza, Viren Bhagat amongst others, see the beauty of imperfection and create incredible jewellery around diamonds “witch character”. “The feel and nature of our contemporary creations is complemented with the use of old-mine diamonds. Such stones are one-of-a-kind, in effect, as for their cut, adding an extra layer of history, narrative and personality to a jewel. Beyond their recognisable rarity and collectible value, such stones are timeless, evoking a very distinct visual code to our present-day, unique jewellery designs,” says Christian Hemmerle, who runs the business with his wife Yasmin and parents Stefan and Sylveli Hemmerle.

In addition to the jewellers above, pieces with old stones can also be purchased from antiques dealers and at auctions. What should you pay attention to when choosing this kind of jewellery? As usual, keep an eye out for standard features such as the stone’s weight, colour and clarity – and personally, I’d say stay true to your subjective perception of the stone’s beauty. Martin Travis, founder of the private antique salon Symbolic & Chase believes that “each stone is unique, unlike the modern machine-cut stones in the market today each of these stones tells a story. You can see where the diamond cutter chased an inclusion but did not then try and get perfect symmetry often leaving an extra facet and an uneven shape. When choosing a jewel with an old-mine diamond pay less attention to the certificate than with a modern stone. Look at the stone and see how bright it is, forget the piece of paper that says the cut is poor as most old-cut diamonds are described as of poor symmetry or poor cut on modern gem lab certificates. It is advisable not try and fix the symmetry by re-cutting, as all the stone’s character will disappear making it one of the millions of generic cuts on the market.” 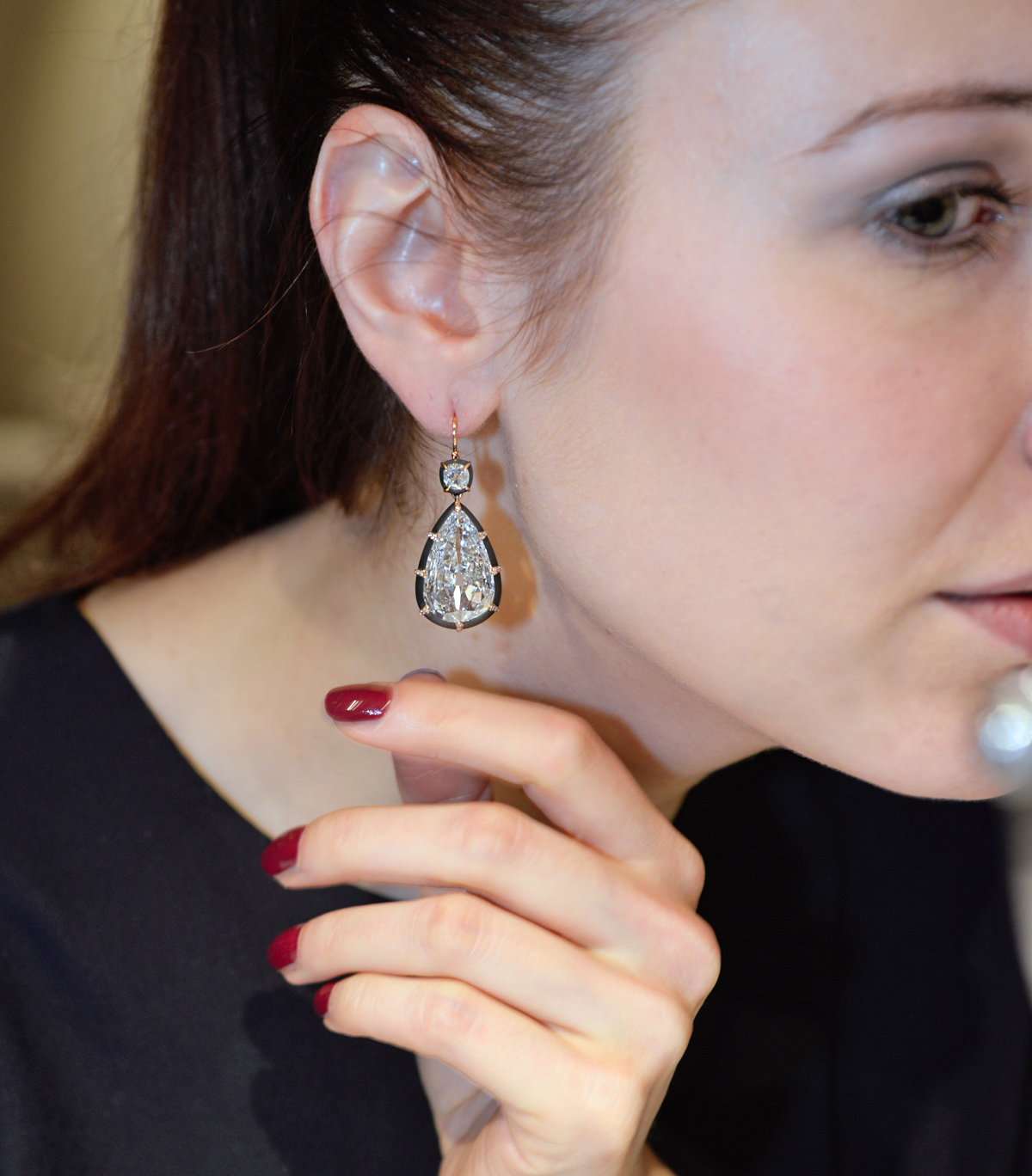