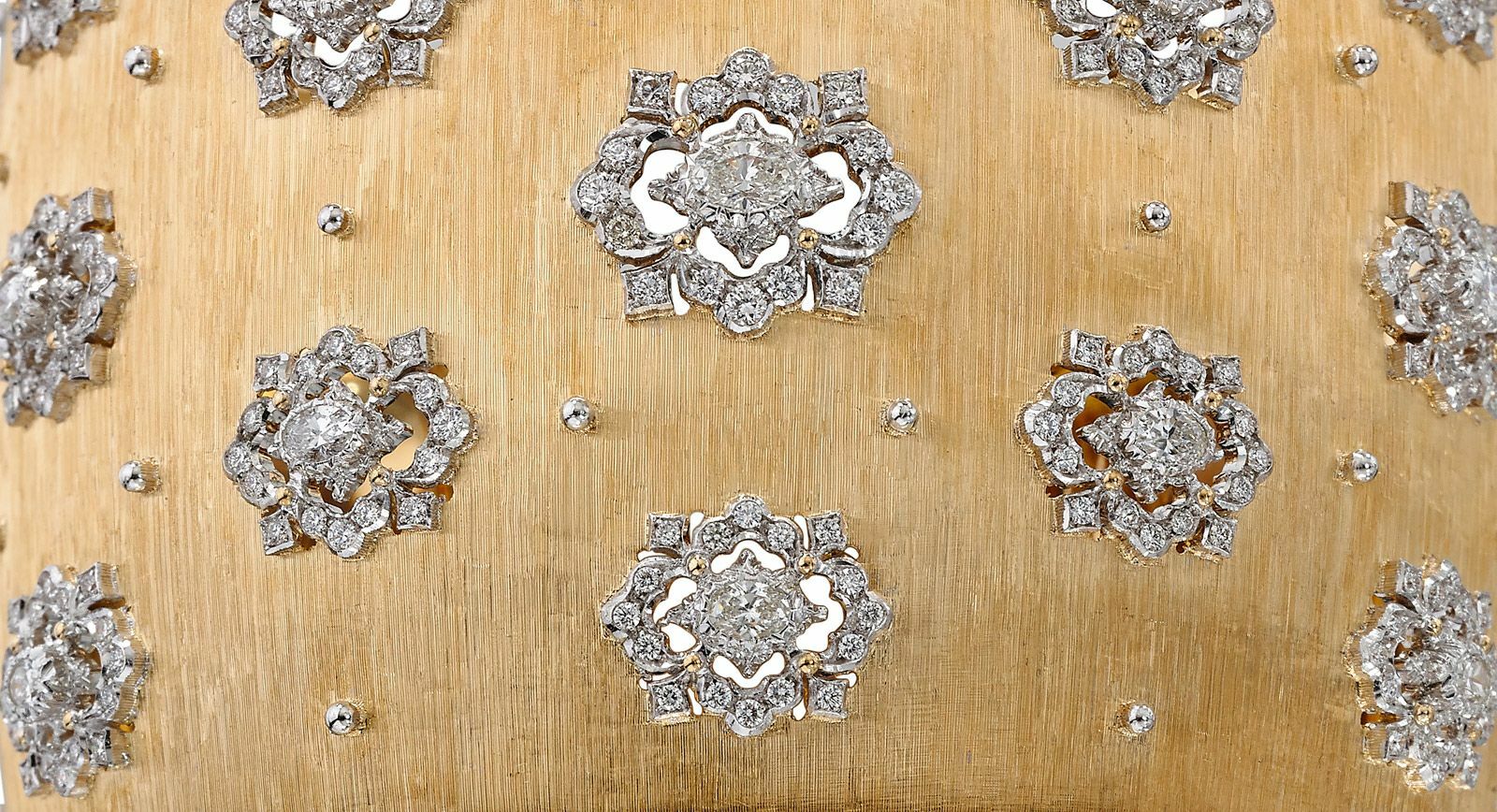 For many jewellers gold and platinum is not an element of design but just a material used to make a setting for gem stones. However, not everyone agrees that precious metals should be used only as a functional element. Brands such as Buccellati, Grima, Julien Riad Sahyoun, Ornella Iannuzzi, Jo Hayes Ward and many others have succeeded in uncovering the potential of noble metal in their iconic collections with textured gold.

The legendary British jeweller, Andrew Grima, was a true revolutionary of the art of jewellery in the United Kingdom. He loved volume and texture, large and unpolished gems. Grima often adorned his pieces with semi-precious stones, something which was uncommon in the 60s and 70s. However, the most memorable feature of his pieces was the use of gold: many brooches, rings and necklaces had a ribbed surface, resembling the bark of a tree. Every irregularity and notch was worked into the pieces by the hands of Andrew Grima’s jewellery craftsmen – something which could take an unimaginable amount of man hours. 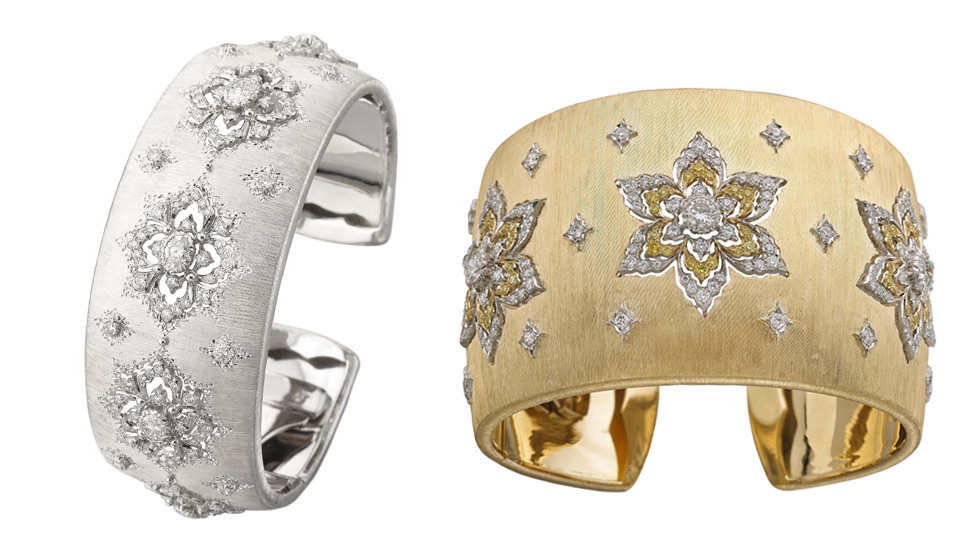 The Italian jewellery house Buccellati is famous the world over for its gold lace, which decorates the majority of its pieces. Nevertheless, this is not the only technique of working with precious metal that is associated with the world famous brand.  The iconic, cuff bracelets and bangles of Buccellati are riddled with thin vertical lines – rigato engraving, which the house’s craftsmen apply by hand with the aid of a special jewellery tool. This complex technique of decorating gold makes the metal’s smooth surface look like silk.

Nature and minerals in their natural form are an inexhaustible source of inspiration for the British designer Ornella Iannuzzi. In 2013 she debuted her iconic line, Les Corallines, which consisted of jewellery stylised in the form of coral. Ornella simulated the ribbed surfaced using small bumps of different sizes, which appear to have grown themselves on the rings, bracelets, pendants and earrings. In actual fact it was Ornella herself who fashioned each detail in wax, then smelted it in gold and adorned the pieces with opals, diamonds and pearls. 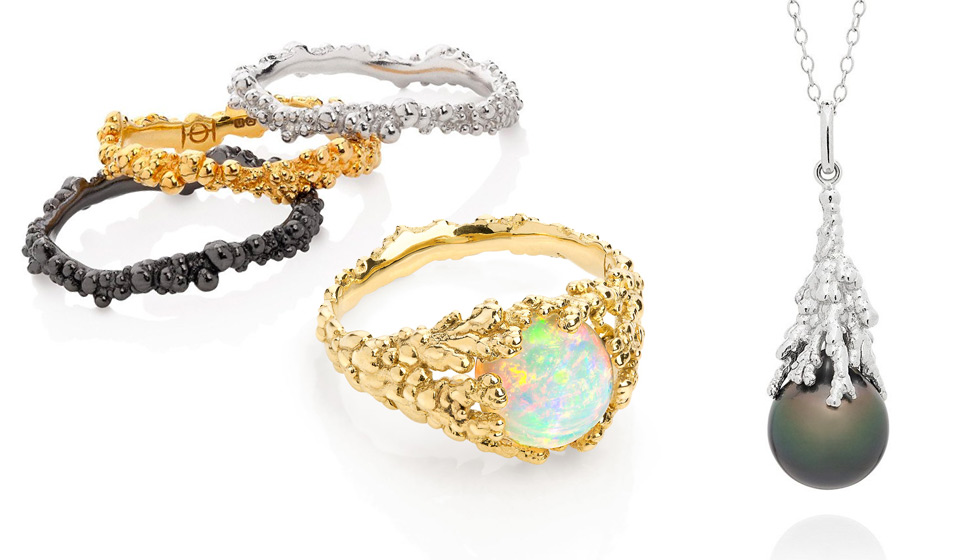 Another British designer, Jo Hayes Ward, creates more graphical pieces of jewellery with the aid of computer design and 3D wax printing. Maybe this is why all her jewellery pieces appear to have a highly textured surface, be it theа Structural ring which is similar to a matrix of cubes, the Parquet pieces with the design resembling parquet in gold or Hex with its voluminous layers of hexagons.

The Just Revolution Skin collection by Julien Riad Sahyоun consists of unisex gold rings, bangles and pendants. Their surface, similar to the skin of reptiles, combines two or three shades of gold together: black with white and / or pink, additionally some items are adorned with diamonds. The non-uniform colour in the Just Revolution Skin jewellery is not a mere element of design, it is something which conveys the following thought: we are all equal and free regardless of the colour of our skin.

And now, let’s fast forward for a second to Africa, where the jeweller Patrick Mavros is based. Objects of art and jewellery dedicated to the various animals of the warm continent are released under Patrick Mavros brand name. The designer dedicated his latest collection, Pangolin, to the animal of the same name, which is often targeted by poachers and is currently under threat of extinction. 35 pieces of jewellery in the collection have been made from gold in the form of the ribbed skin of this reptile, several of which are encrusted with pave diamonds and produced as limited editions. 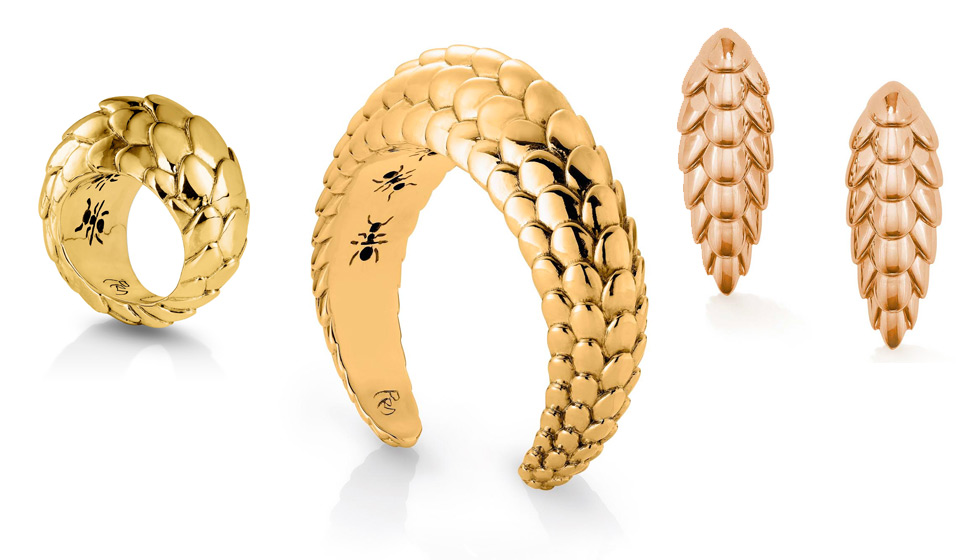