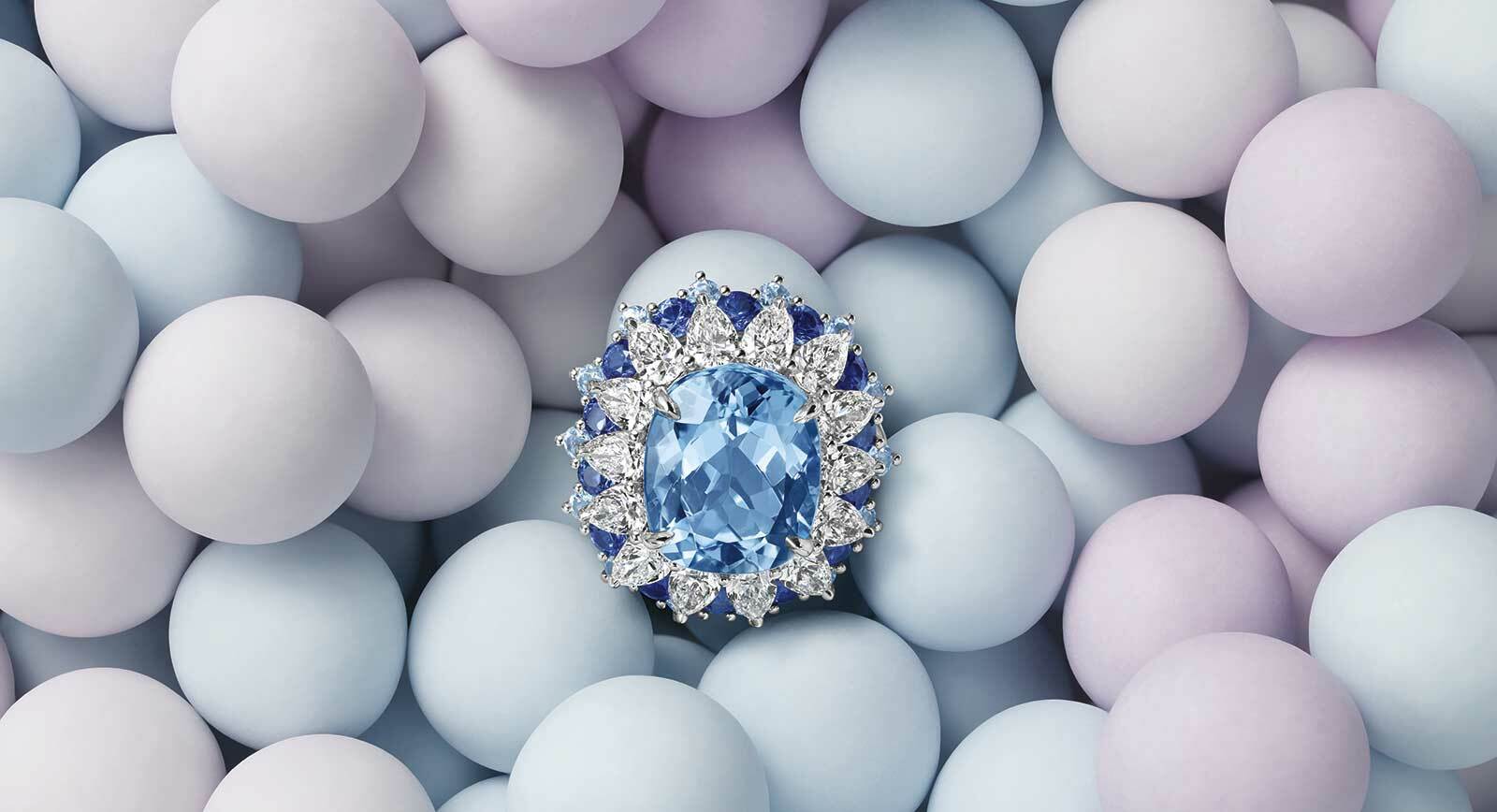 Juicy tourmalines, spinels, topazes, amethysts, multi-coloured sapphires and other bright gemstones often remind me of the confectionary of my childhood. It turns out, I’m not alone! Harry Winston has just released a new collection of high jewellery art featuring an array of coloured stones - ‘Winston Candy’.

Harry Winston has become famous the world over for its incredible diamond jewellery - Harry himself was known as the ‘King of Diamonds’. The usually monochrome jewellery of the house was traditionally only dappled with sapphires, emeralds, rubies and a smattering of other coloured gemstones - if any. However, in 2018 the designers of the house decided to offer the Harry Winston clientèle something new, presenting a collection of cocktail rings in every colour of the rainbow. 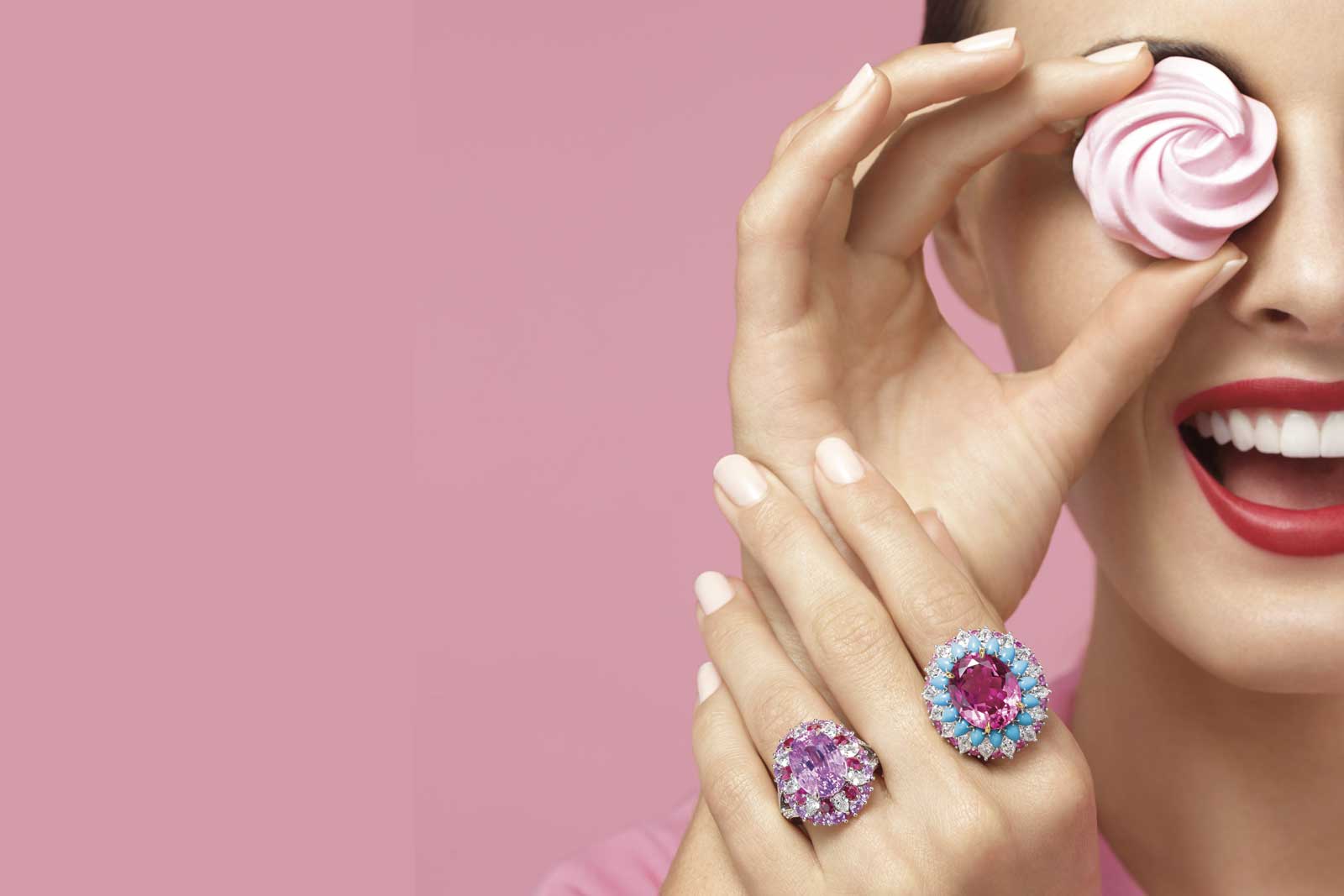 The jewellery design was based around unusual combinations of different gems, and the monetary value was not the deciding factor when the stones were being selected. As such, in the ‘Winston Candy’ collection there are stones such as peridots and turquoise which are not considered precious stones of high value - but without them it would have been impossible to achieve the desired contrast with other gemstones in the collection, nor the interplay of colours which these gems provide. 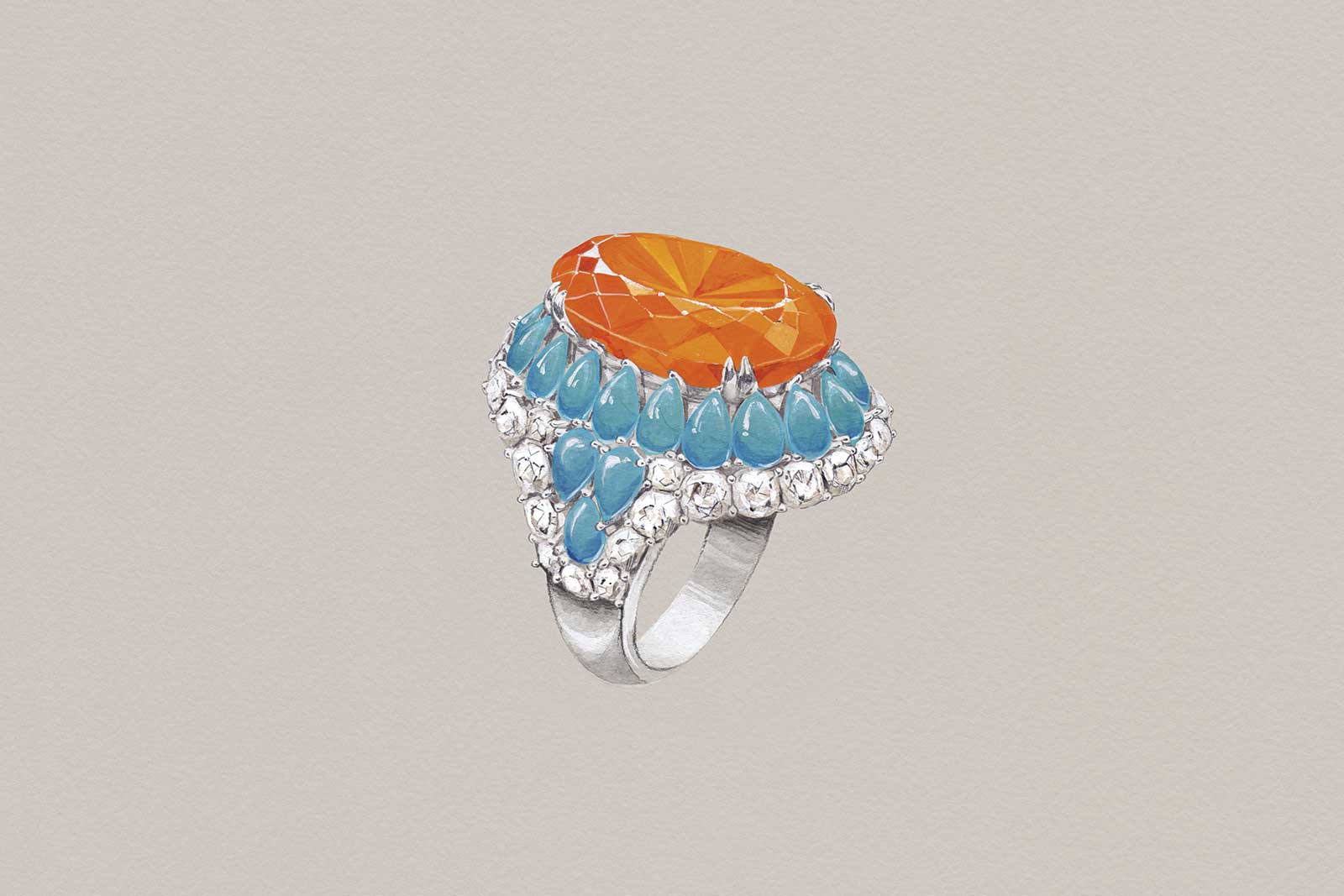 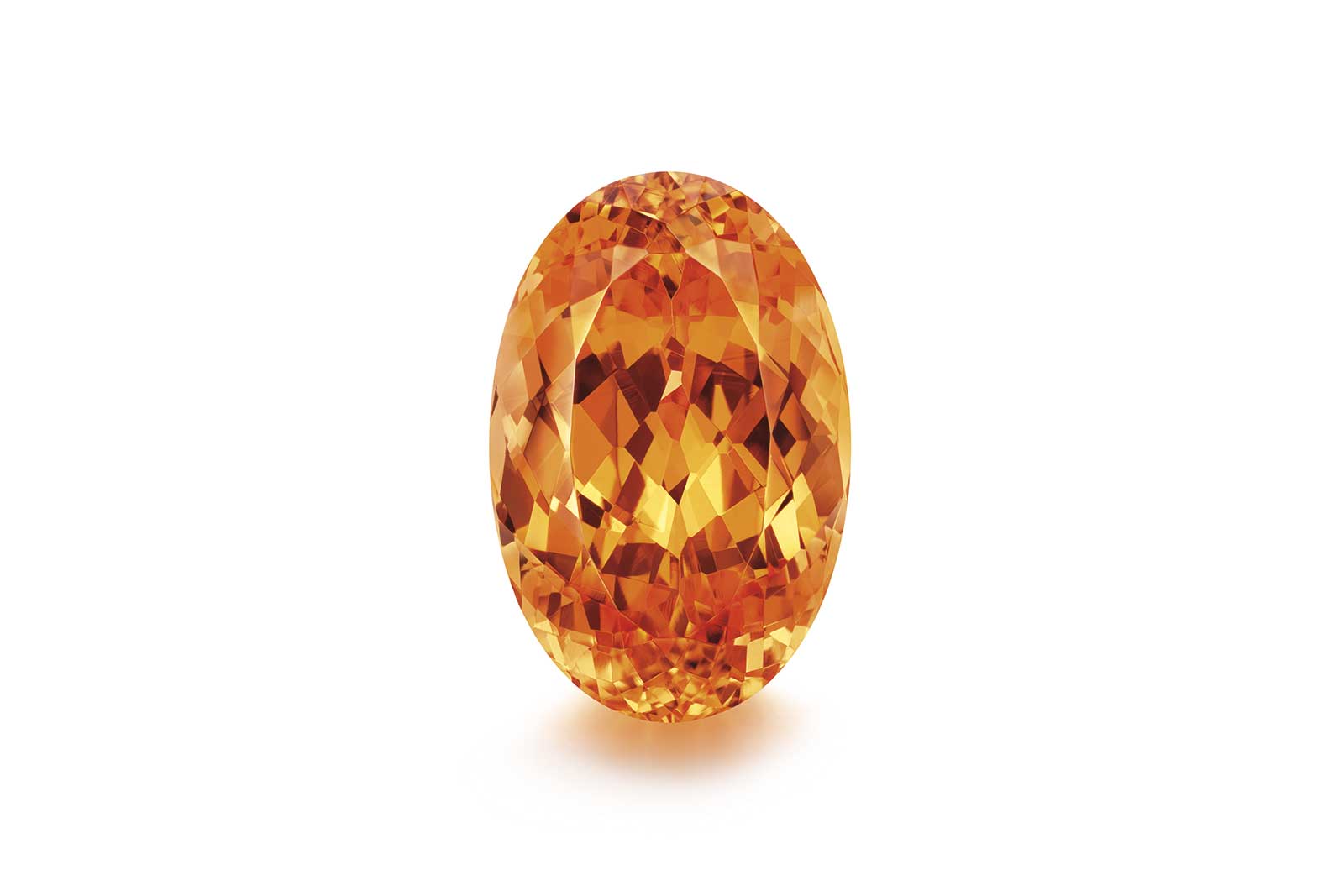 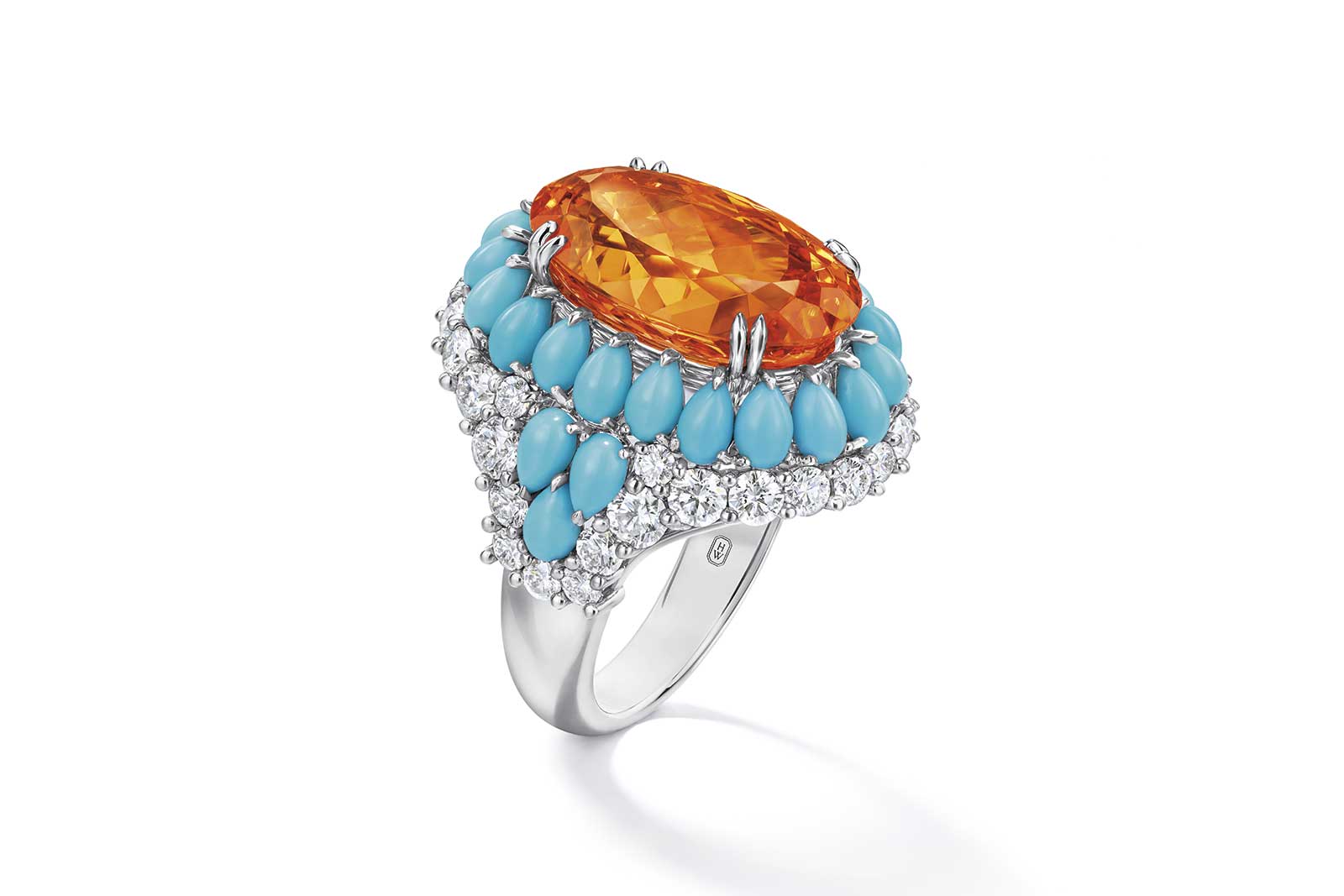 Each principal stone in the rings - be it a cushion cut aquamarine of 5.48 carats, a 15.56 carat oval tsavorite, an oval pink sapphire of 10.59 carats or a slightly heavier 14 carat spessartite garnet - is distinguishable by its clarity and superb quality. In ‘Winston Candy’, Harry Winston once again demonstrates its expertise in selecting the highest standards of gems. 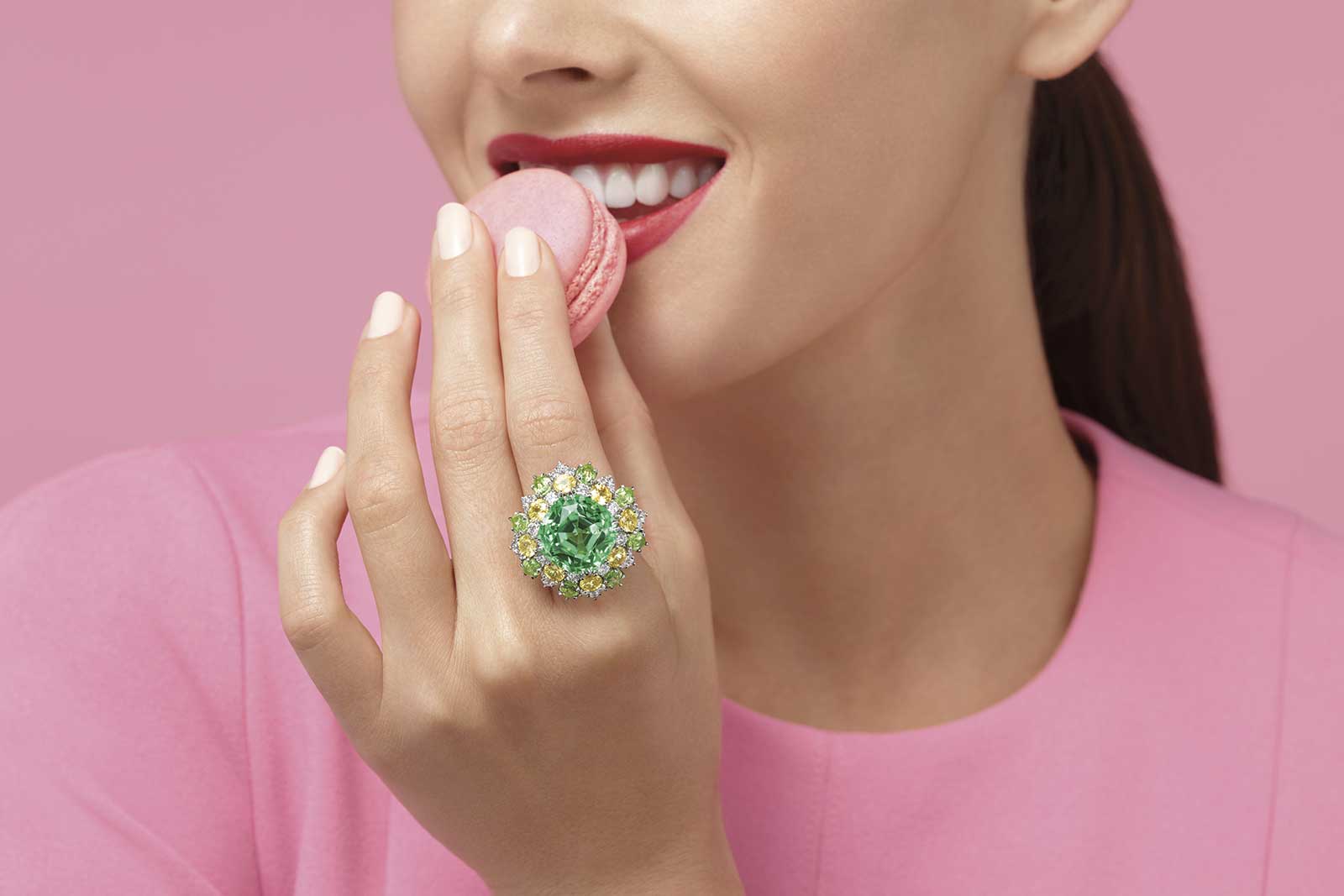 Viewing the collection as a whole, I noticed that the current trend in using bright gemstones in high jewellery art and the growing popularity of the spinel have not been lost on Harry Winston’s designers. In one ring, a glistening cushion cut purple spinel weighing 17.29 carats sparkled, and in another an 8.34 carat blue spinel, and in yet another a 16.32 carat red spinel. 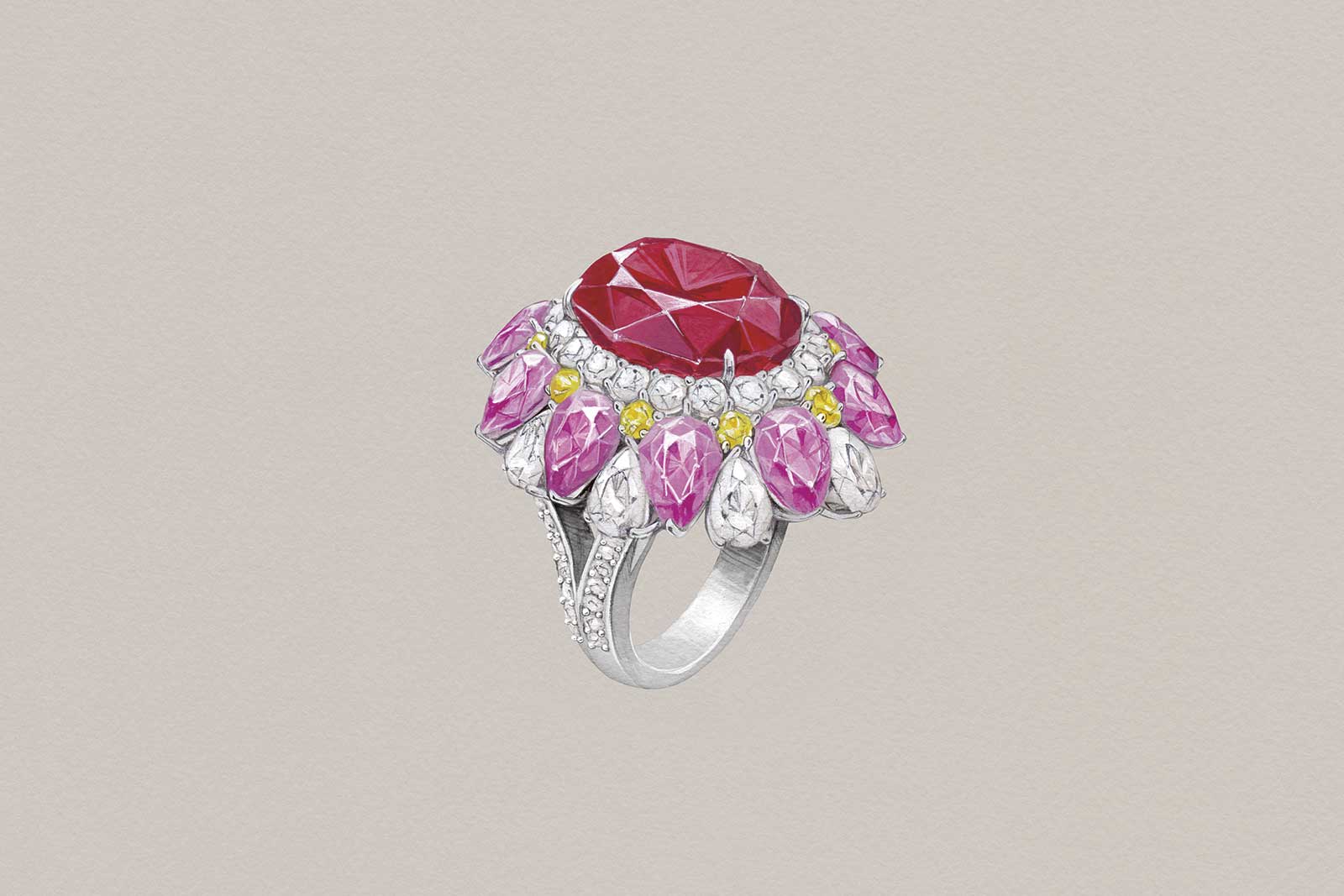 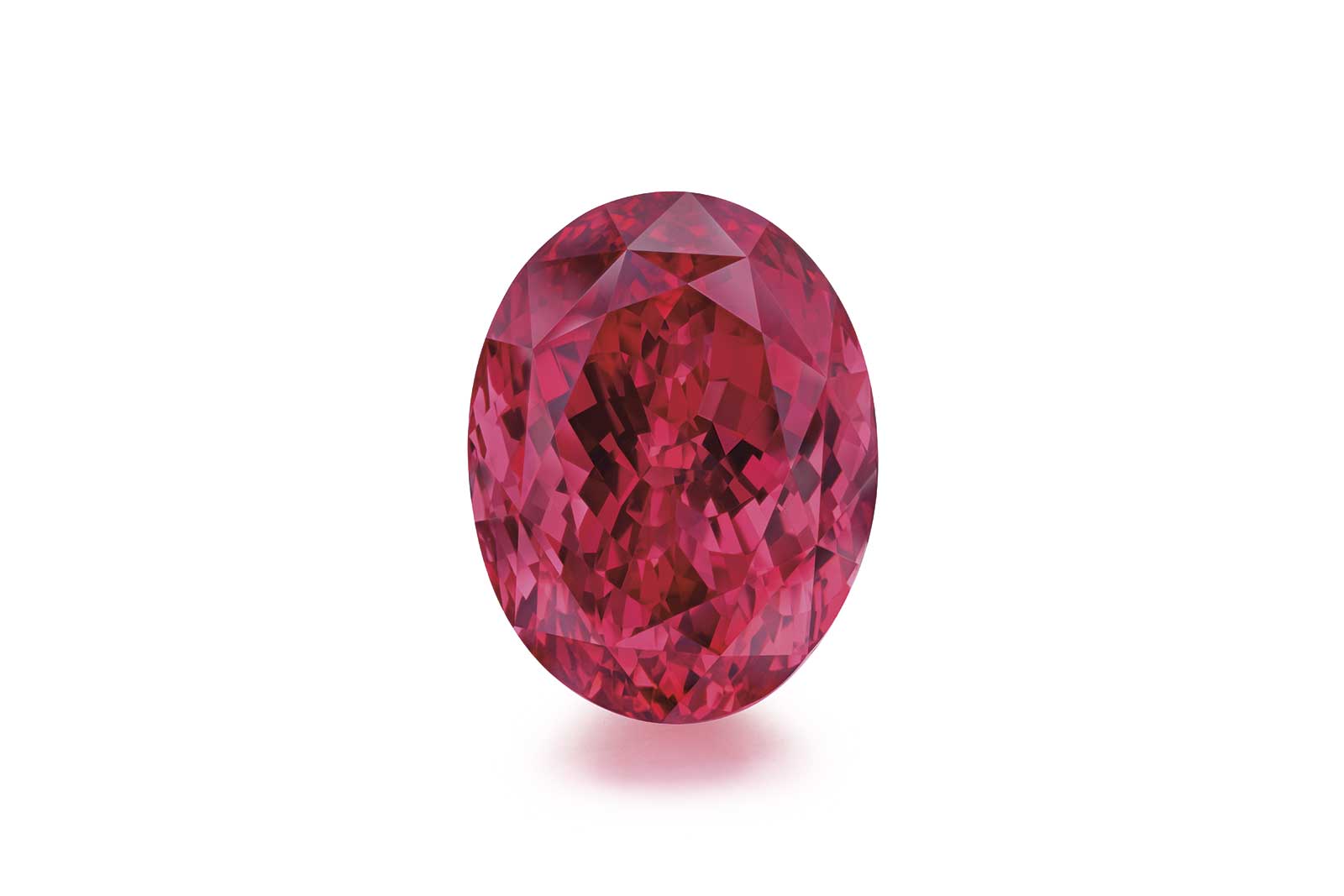 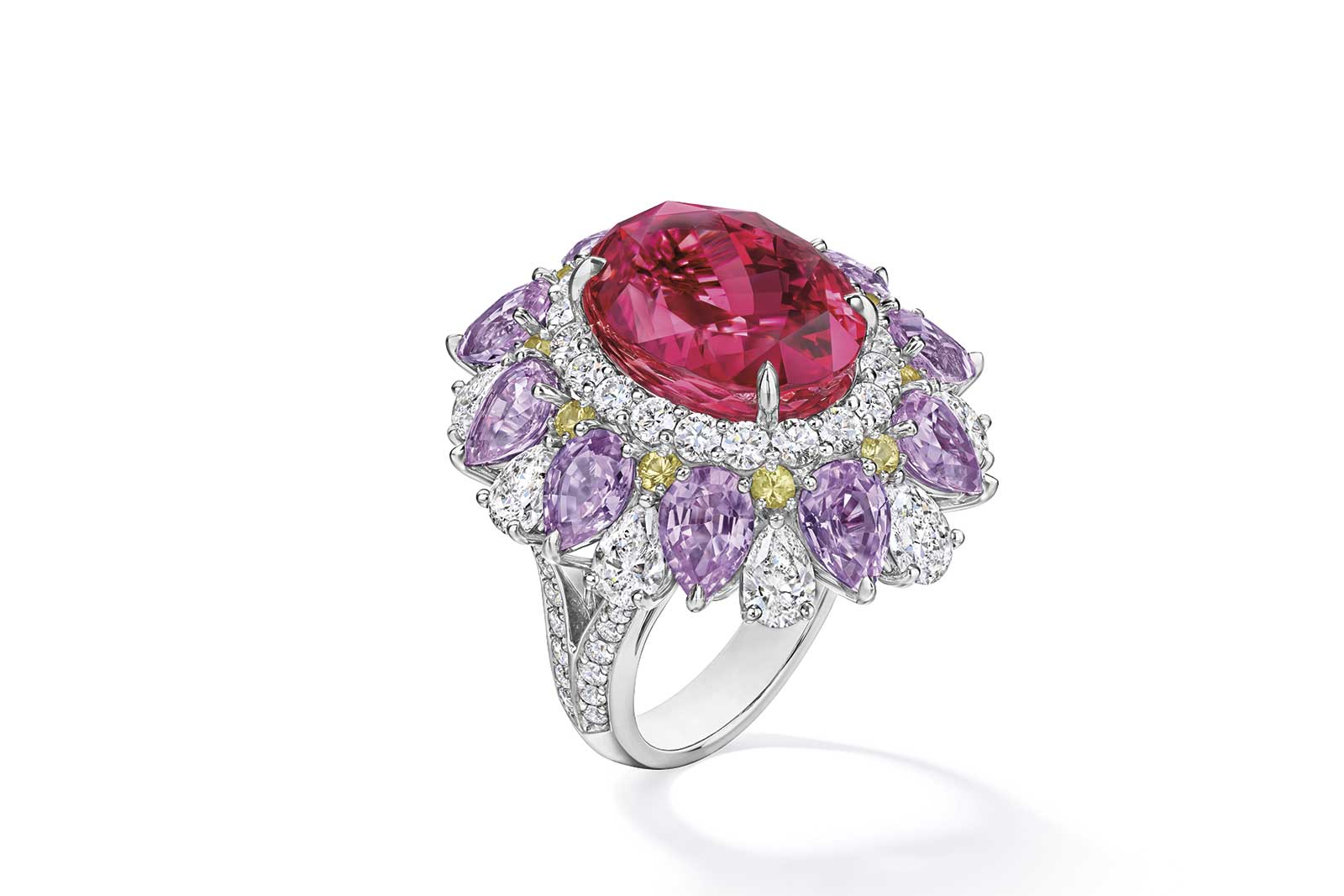 All of the gemstones featured in the collection are the forefront of the jewellery, with the vivid saturation of colour becoming the star of the show. At the sight of the American brand’s 27 new rings, I got the distinct impression of experiencing the same delight I had as a child at the sight of my favourite sweets. Everyone who attended the London press presentation at Wellington Arch found the pieces to be a real treat for the eyes. For a few hours, Harry Winston transformed the arch into a candy shop, where what beckoned from the shelves was not sweets, but jewellery. 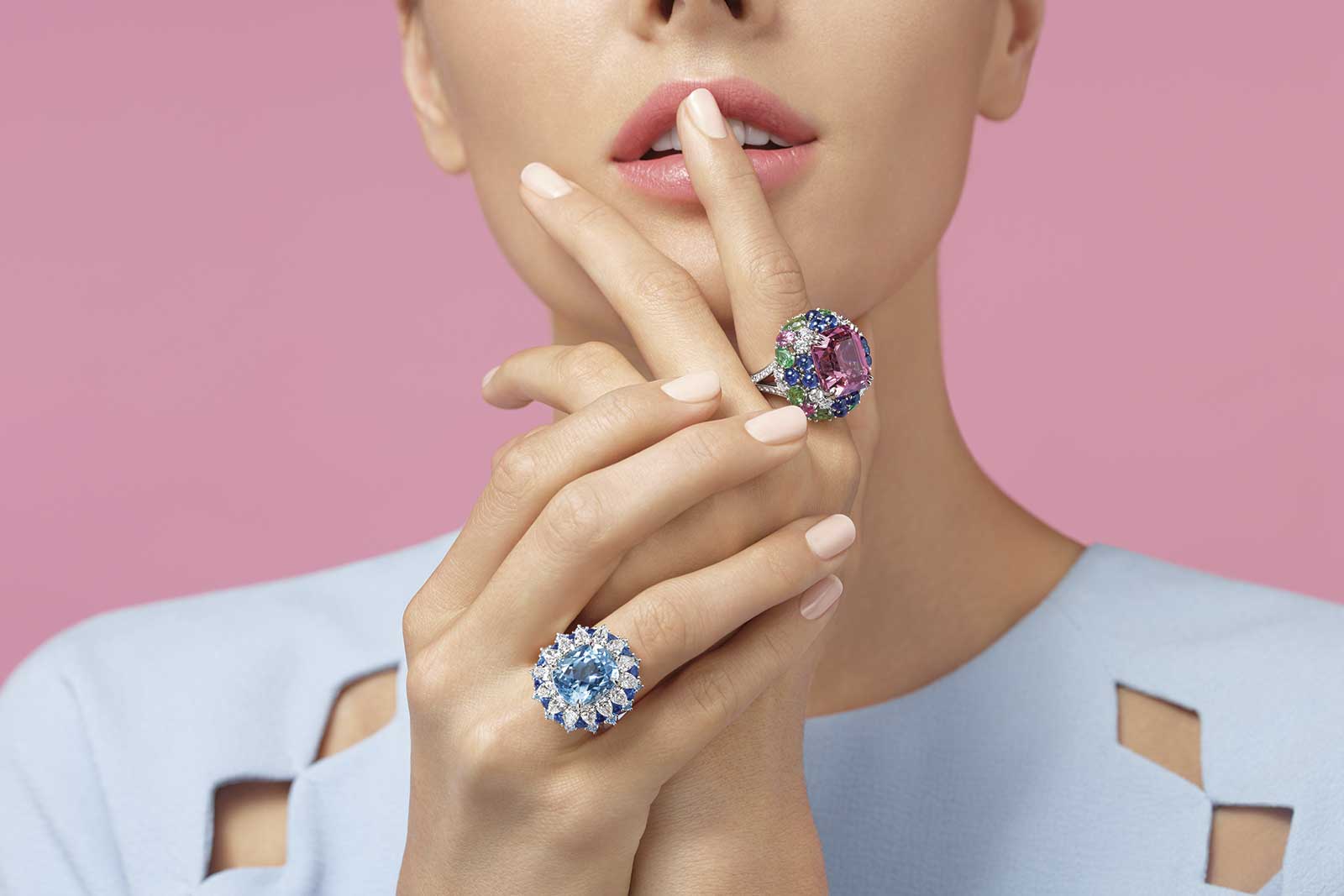 The inspiration for Winston Candy, as is so often the case for Harry Winston collections, was a series of sketches dating back to the 1950s and 60s. At that time, jewellery was something that allowed owners to demonstrate their own style and grandeur through a visual medium, and for Harry Winston this meant bold, intriguing colour combinations and volumes in their jewellery - the sketches contained pictures of cocktail rings with brightly coloured stones in unusual shades. 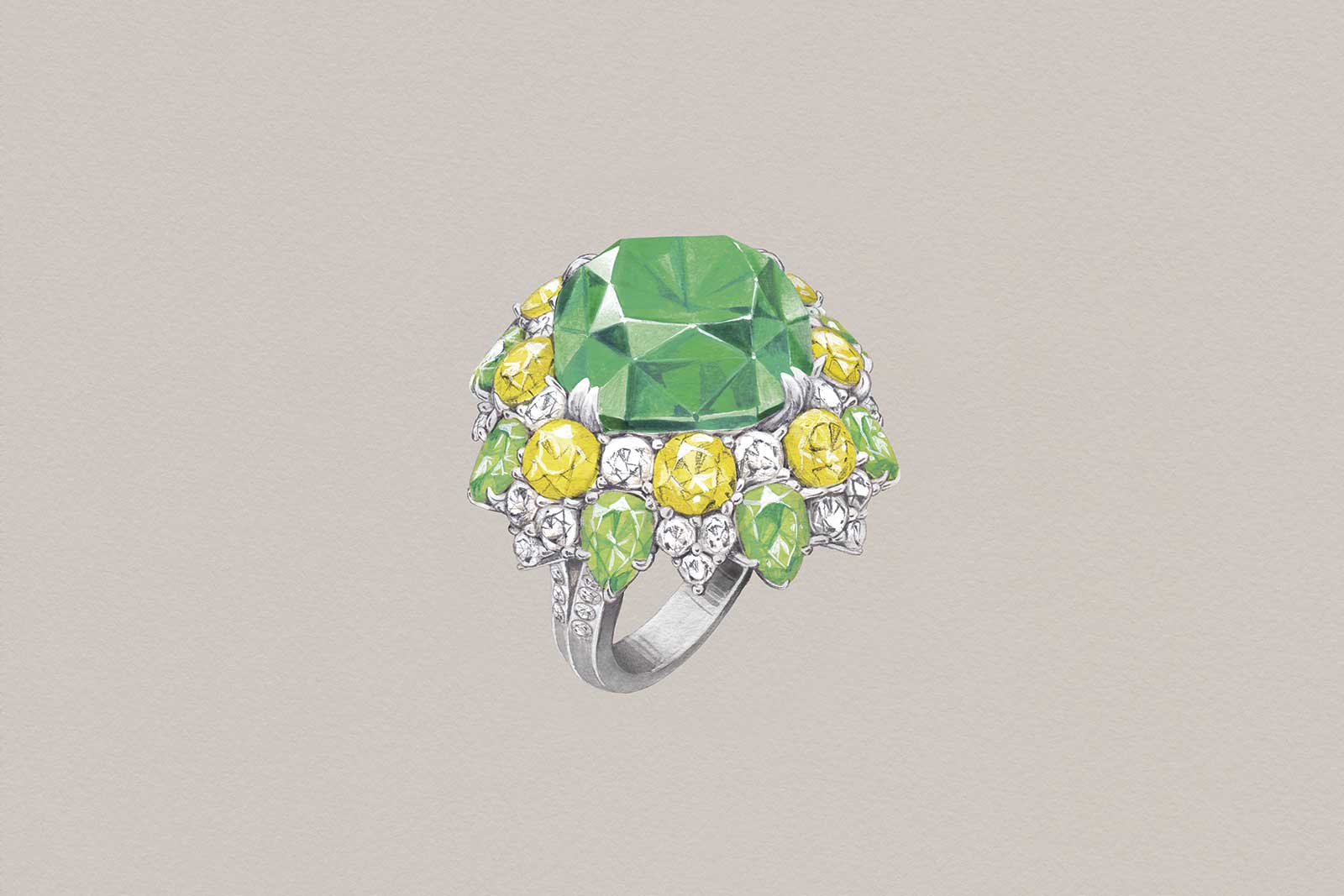 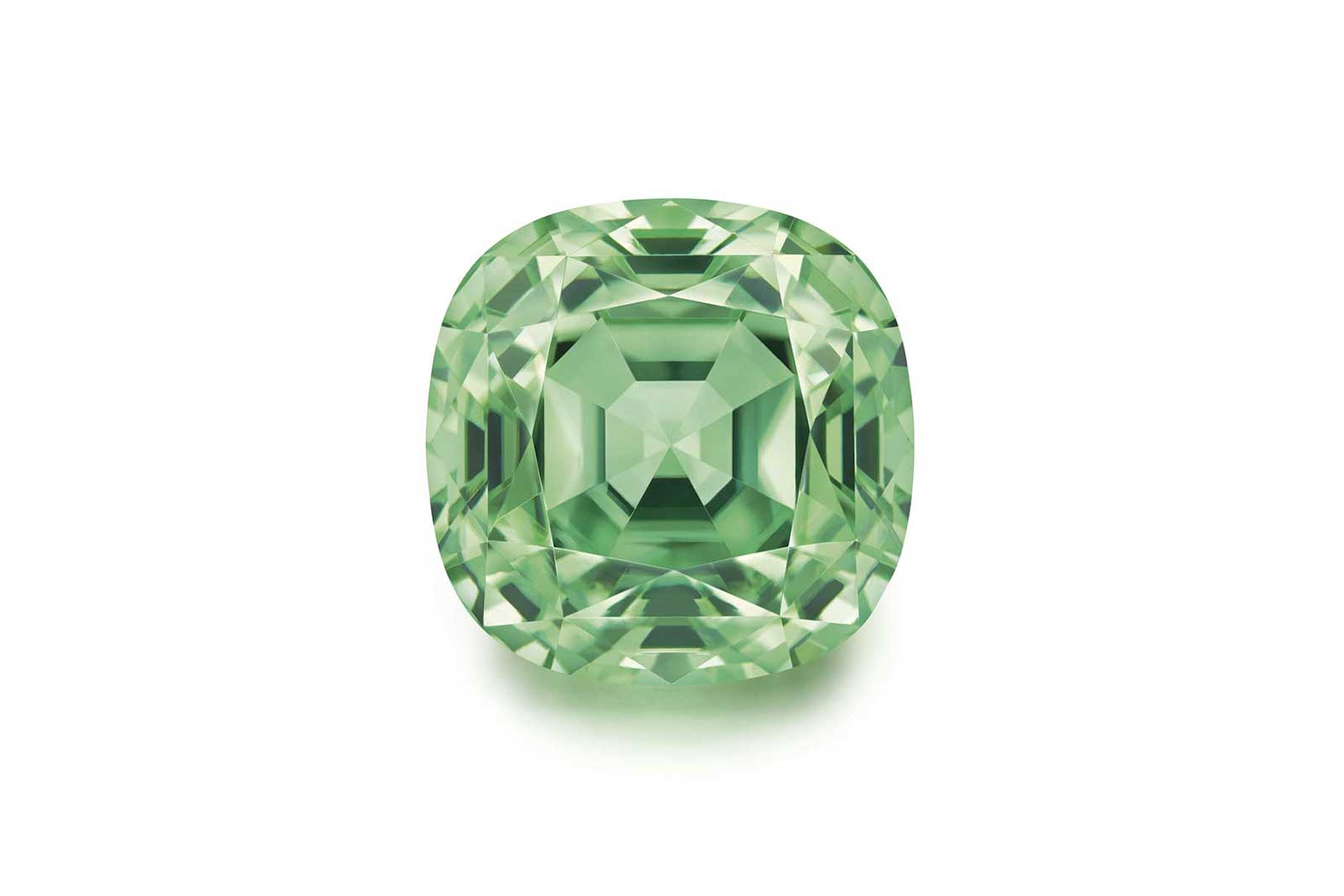 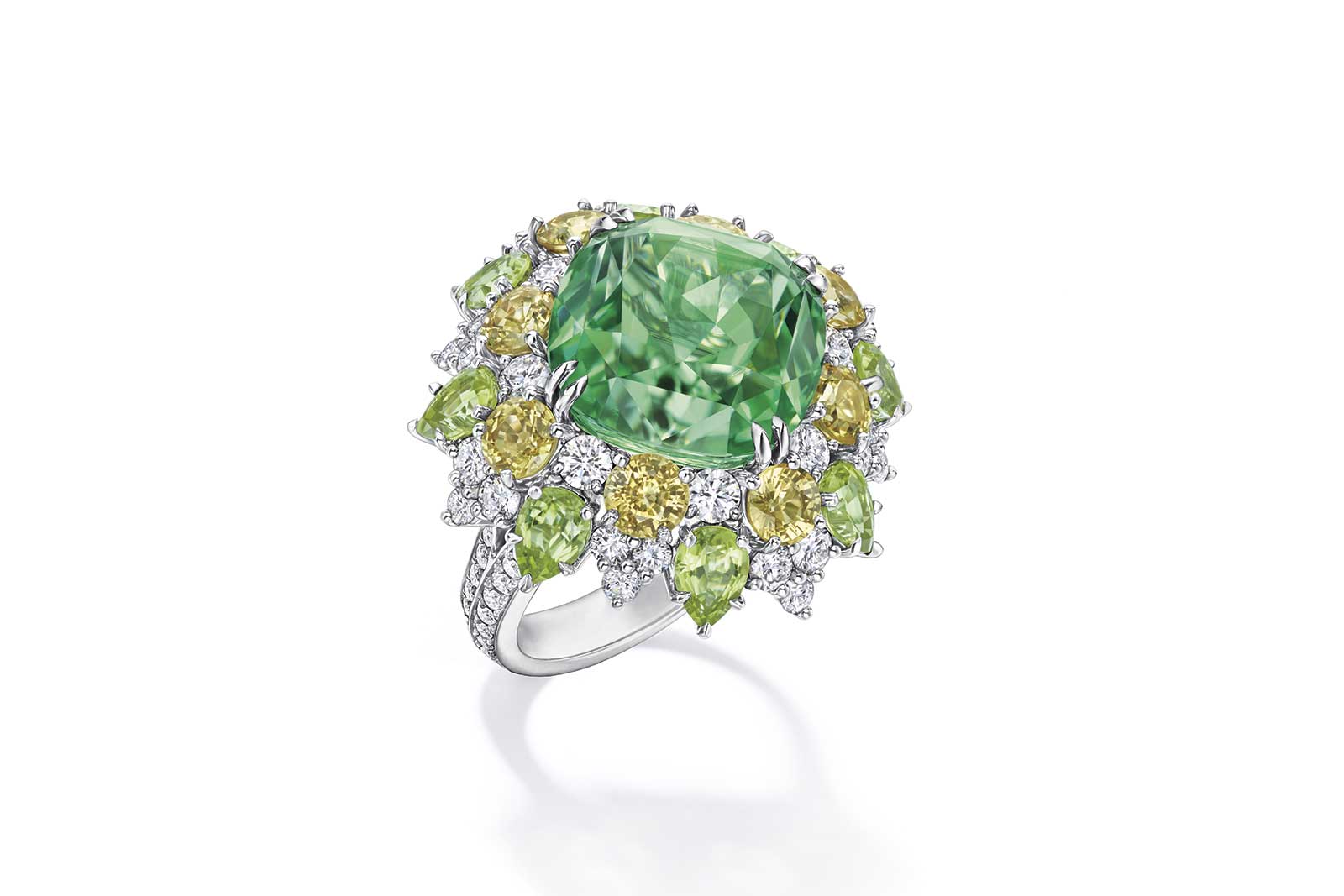 It took over a year for Harry Winston designers and jewellers to create ‘Winston Candy’. Special attention was paid to the harmony of gemstone shades, the unique combination of different cuts in a single ring, the observation of shapes and volumes in the proportion of  each ring. The result, of course, satisfies the most discerning of tastes, by combining delightful gems with the execution of delightful skill. 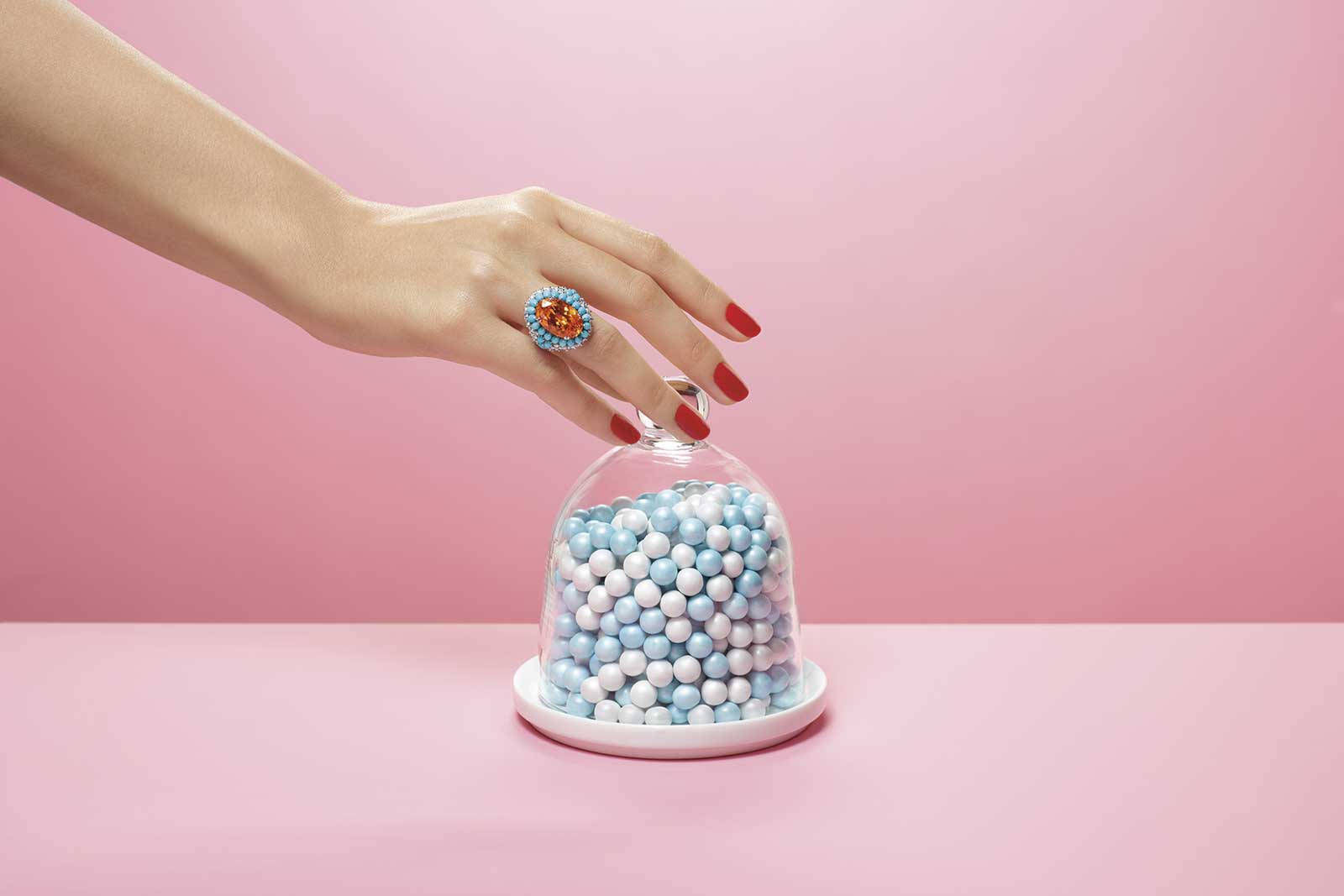 The ‘Winston Candy’ collection is due to be further replenished, bringing more bright colours to the newly joyful palate of the Harry Winston house.