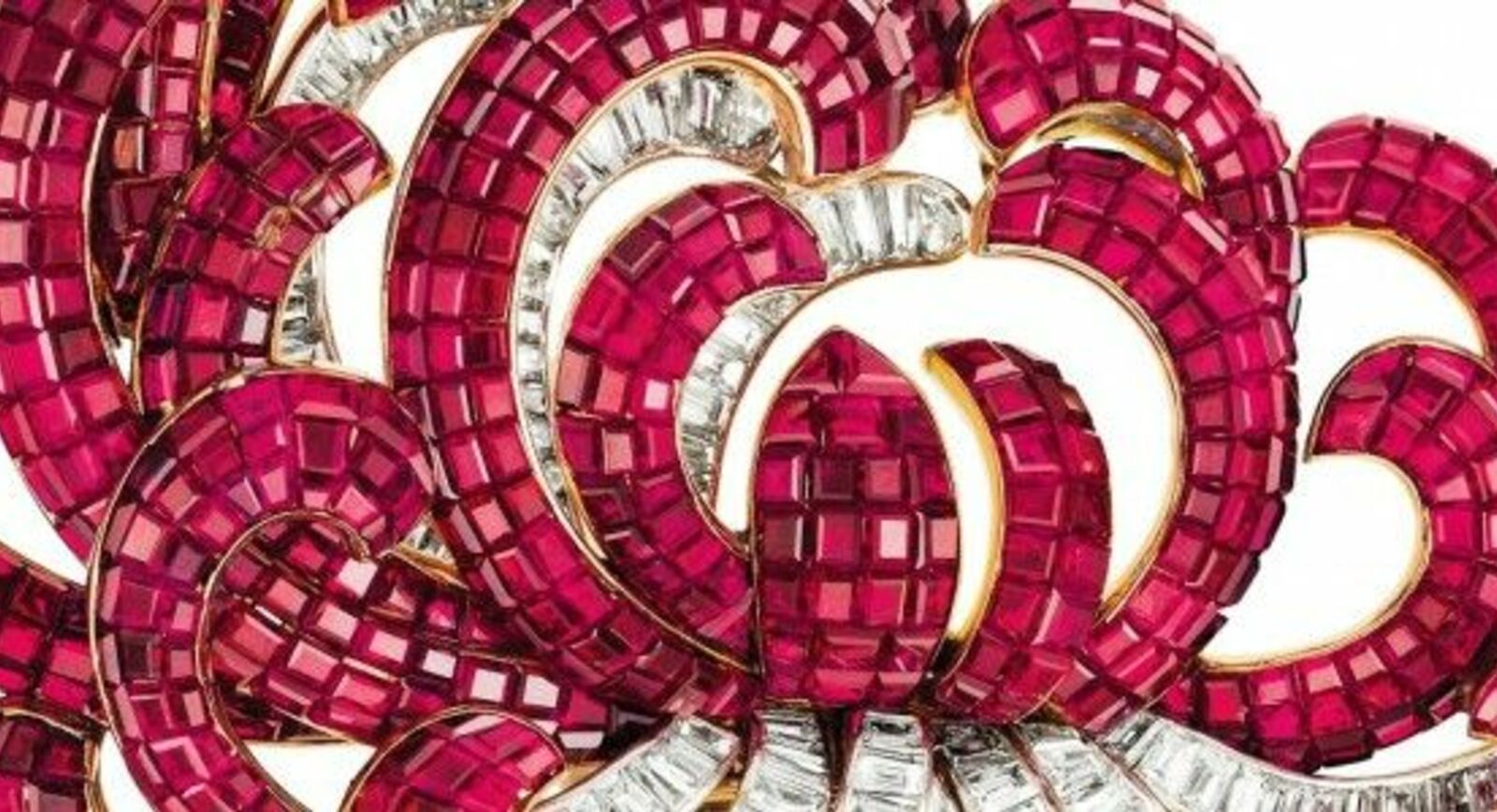 An insight into the Iconic Mystery Setting of Van Cleef&Arpels

Van Cleef&Arpels, the French Maison that is recognised all over the world for its artistic jewels, often use the so called “mystery setting” – Le Serti Mystérieux – of gemstones in their designs. It is something which creates the illusion of a glistening precious stone canvas on a metallic base. The distinctiveness of such a setting lies in the fact that the metal is completely invisible on the surface: rubies, sapphires, and diamonds are fixed together, facet to facet.

I am sure you have seen and admired various Van Cleef&Arpels jewels, but have you even wondered where the idea to create The Mystery Setting come from? It is the 19th century Roman mosaic made of small, multi-coloured stone squares that inspired jewellery designers to implement something in jewellery. The comparatively small size of each square allowed the artist to achieve a high degree of precision in the creation of his work, so you can imagine how striking was the result of their work.

Just as in the case of laying down the pieces of a mosaic, it is always painstaking and time consuming to set stones using Le Serti Mystérieux. At least 90 hours are spent on a ring, whilst about 300 are required to make a broach. 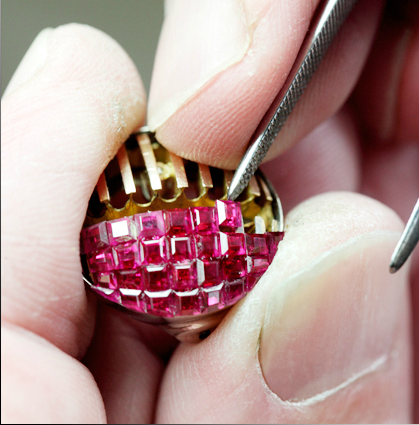 All the precious stones undergo a very careful selection process since they need to be identical in tone as well as the saturation of colour. Each faceted stone is delicately inserted onto a thin gold rails less than two-tenths of a millimeter thick. This is no easy task for any jeweller, which is why creating the famous Clip du Millénaire broach (see below), presented at the Antiquarian Biennale in 2000, took almost 6 months. Considering the time needed to create one jewel, Van Cleef&Arpels is able to produce only a few each year.

Now, let us look into history and go a century back. It is in 1933 that Van Cleef&Arpels copyrighted Le Serti Mystérieux and three years later they produced a new, improved version which included stones with small incisions on four sides to help set the stones in their metallic frame. One of the first pieces to display the secret fixture was the Ludo bracelet (see below). Such was Louis Arpels fondly called by his friends. Other relatively well-known pieces were created with the application of this same technique, including broaches such as the Pivoine, the Chrysanthème, and the Feuilles de Lierre. 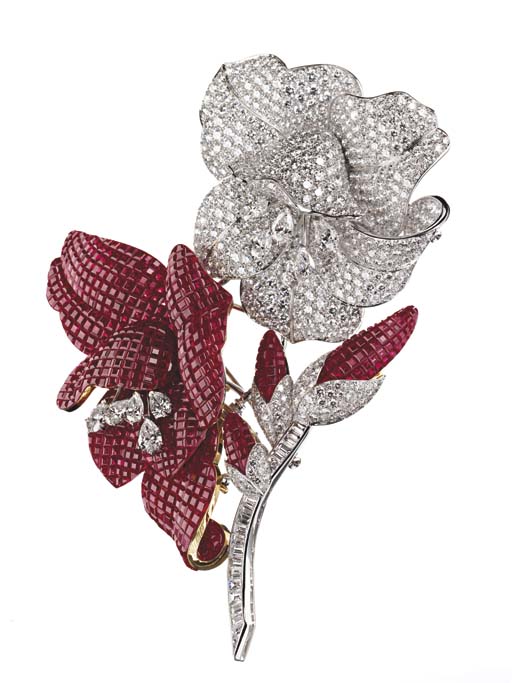