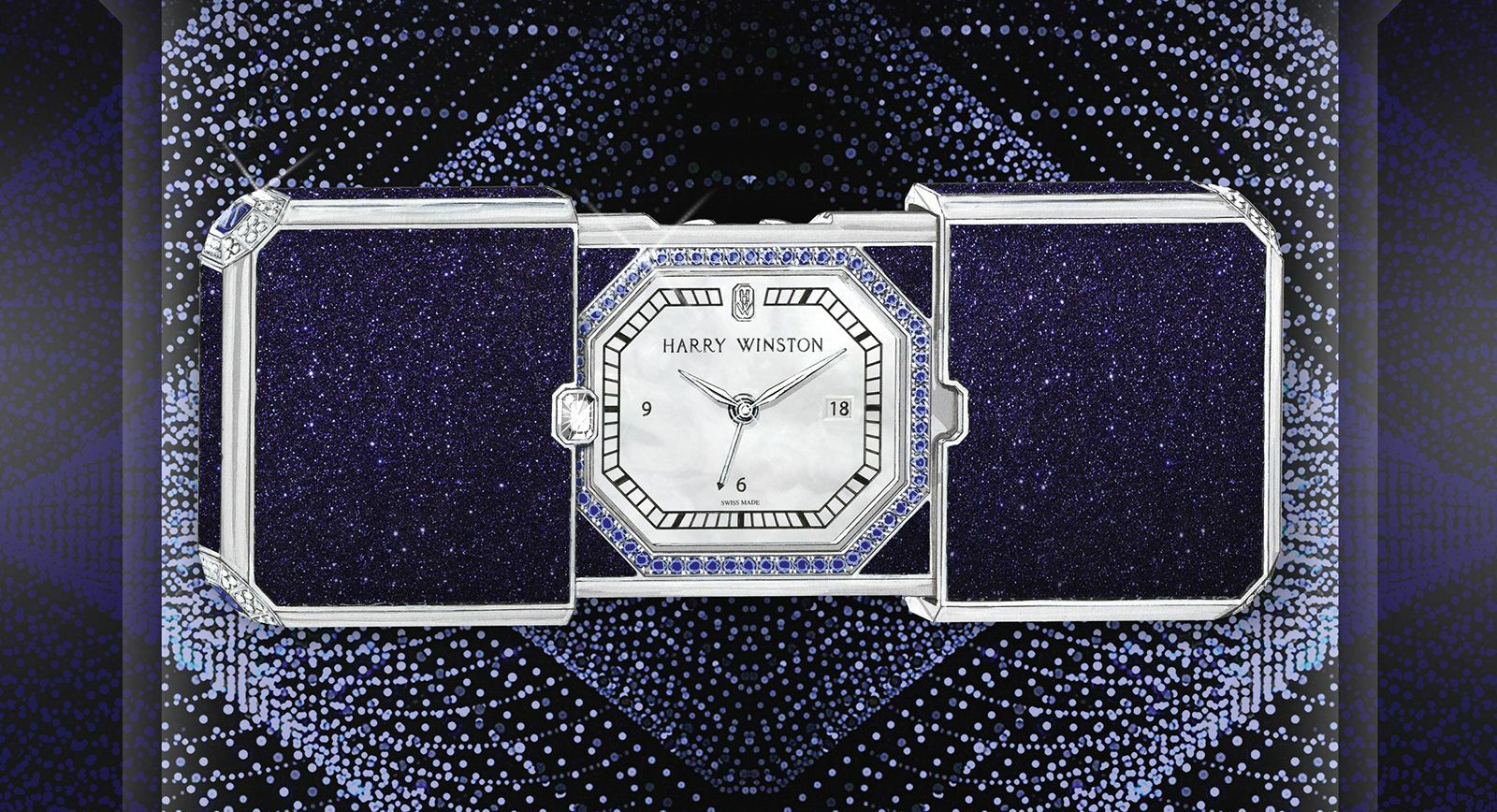 For Baselword 2018, Harry Winston has vivified its collections with high jewellery watches inspired by the traditions and rich legacy of the brand’s eminent founder. Three models – ‘Marble Marquetry’, ‘Ultimate Marble Marquetry’ and ‘Time Travel’ – were the pieces which impressed the visitors annual exhibitions visitors most of all, and these are the creations which I'd like to share with you.

The design of each of these models is produced with reference to the traditional Harry Winston blue and white colour scheme. Blue is intrinsically linked with Harry Winston, largely because the packaging which the company uses to present their fine jewellery is in this shade. Furthermore, in 1949 Harry Winston acquired the unbelievably rare vivid blue ‘Hope’ diamond which weighed 45.52 carats; helping to secure his place in history as one of the world’s most important diamantaires. 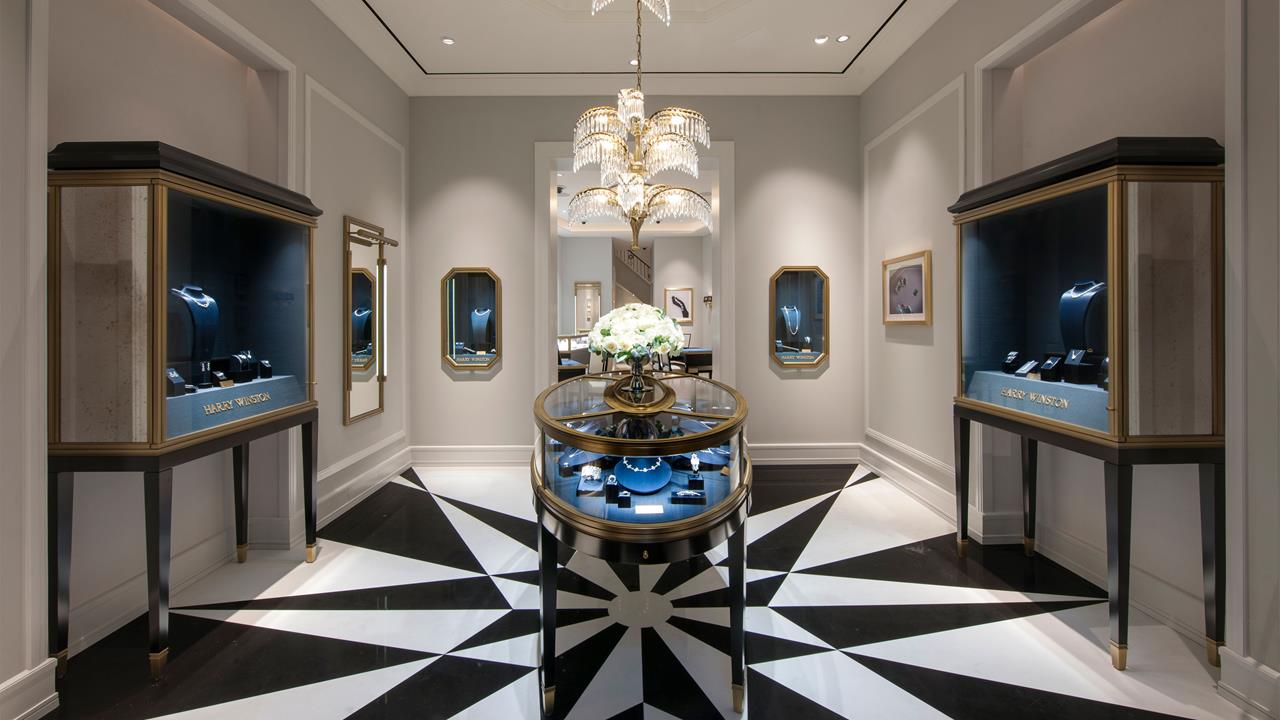 The unusual octagonal shape of the ‘Hope’ diamond became a motif of the brand’s new watches: simultaneously echoing the emerald cut diamonds Harry Winston was renowned for, as well as the eight point guiding star that has become the signature of the house - adorning every Harry Winston boutique all over the world.

‘Marble Marquetry’ and ‘Ultimate Marble Marquetry’ by Harry Winston have been created in a vintage style, reminiscent of the cocktail watches which were typical during the era which the American brand was founded. The design of these timepieces was further inspired by the marble marquetry technique which decorates the floor of the flagship Harry Winston boutique in New York City. 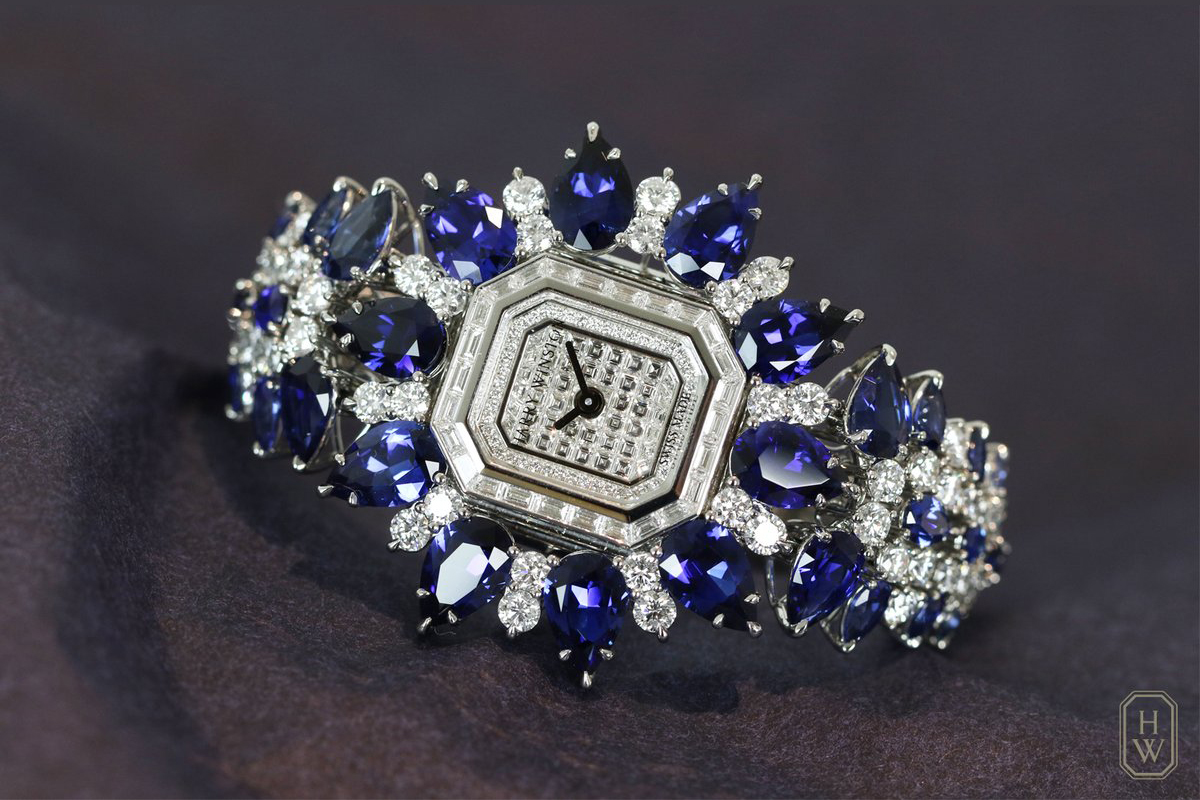 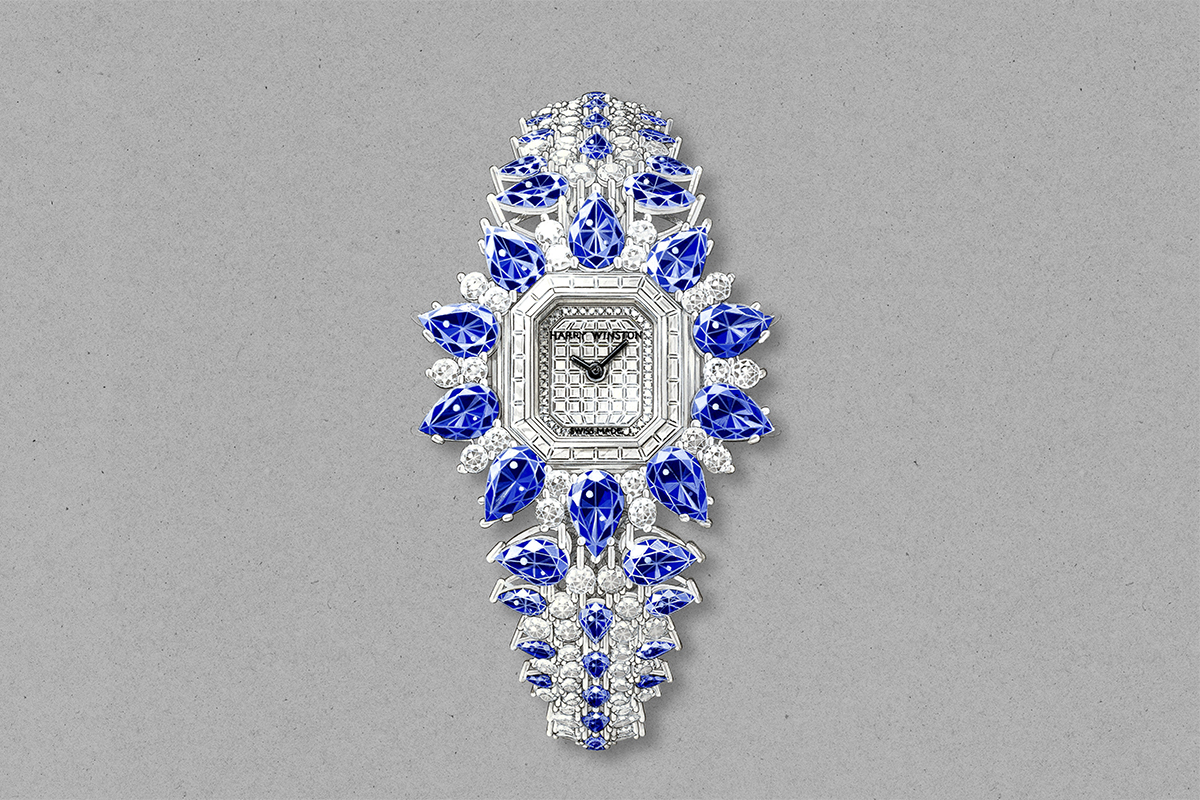 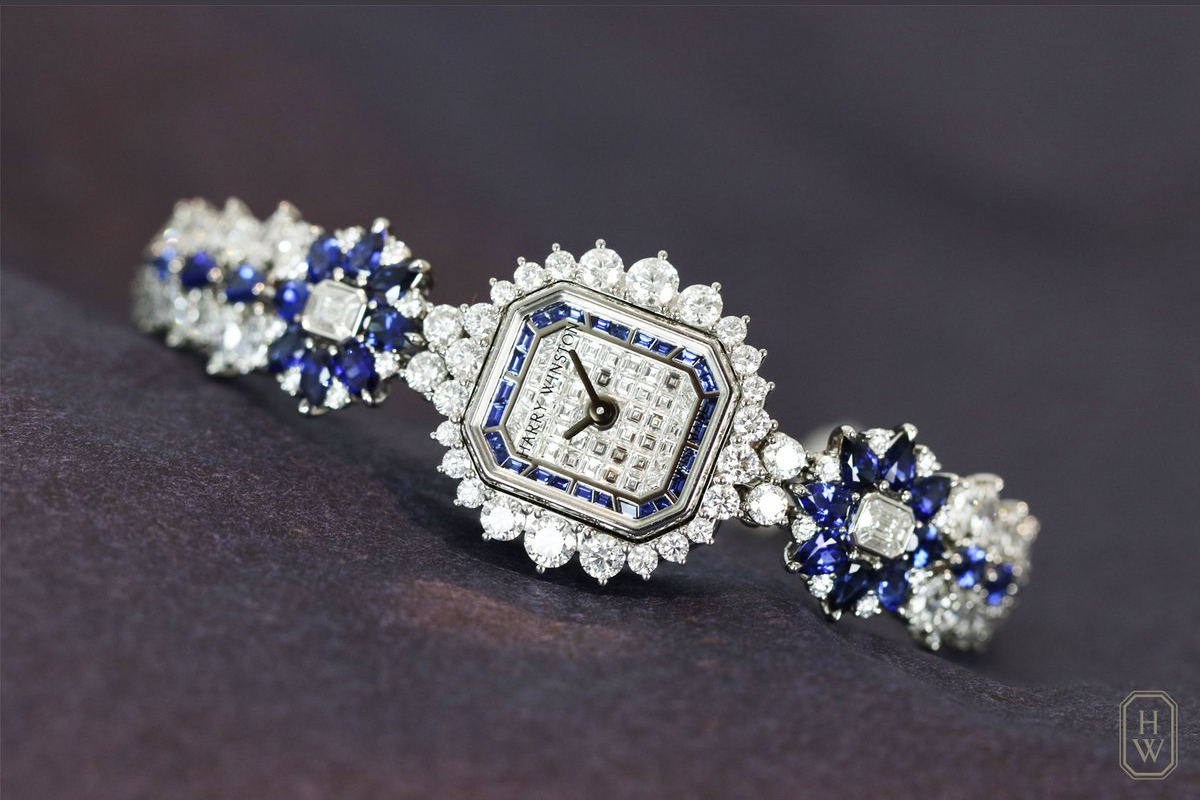 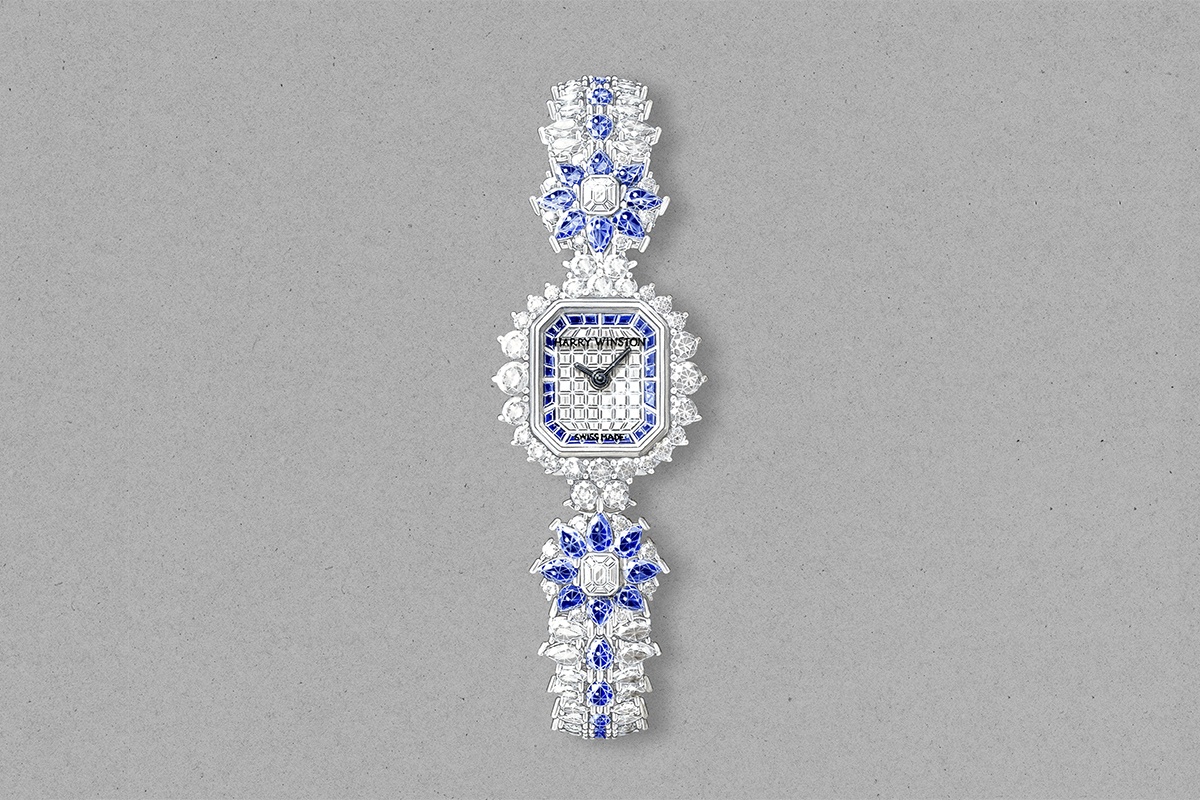 The bracelets of the watches are no less elegant and beautiful than their dials, and are gracefully tapered to the fastening, flowing along the wrist in a delicate stream of gemstones. The platinum ‘lace’ - into which the stones have been set as though interwoven - is almost imperceptible due to the technique of invisible bracing, and the sapphires are placed at different heights to give the composition an added layer of dimension. The box fasteners of both models are comprised of platinum, and the hands are driven by a Swiss quartz mechanism. 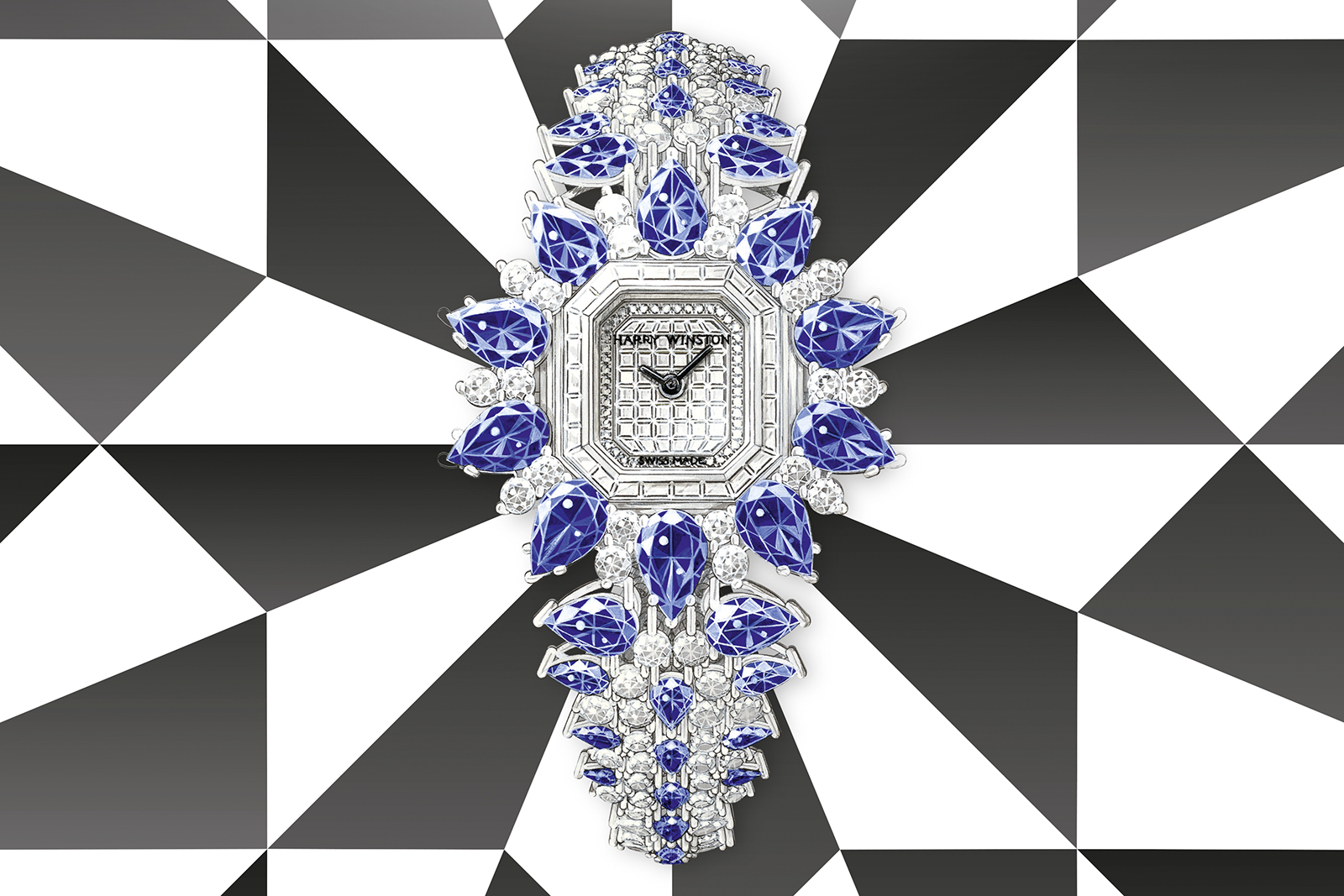 ‘Time Travel’ by Harry Winston is an entirely new creation, a definitive new word in the world of watchmaking. Designed as a luxury accessory, it combines all the practicality of a pocket-sized alarm clock with the functionality of a desktop clock that identifies the time and date – all whilst equalling the craftsmanship of a fine artwork.

The watch is decorated with sparkling blue aventurine, iridescent mother-of-pearl, bright blue sapphires and rare diamonds. The piece fits easily into the pocket: its width with the case closed is a mere 66mm. By gently pushing the golden doors aside, the dial is introduced into view, encrusted with 48 baguette cut diamonds in an invisible clip, with 28 blue baguette cut sapphires. Stability for the ‘Time Travel’ watch is provided by a folding support mechanism made of white gold, which is manually unfolded from the rear side of the case, and the reliable and convenient operative dial is a Swiss quartz mechanism. 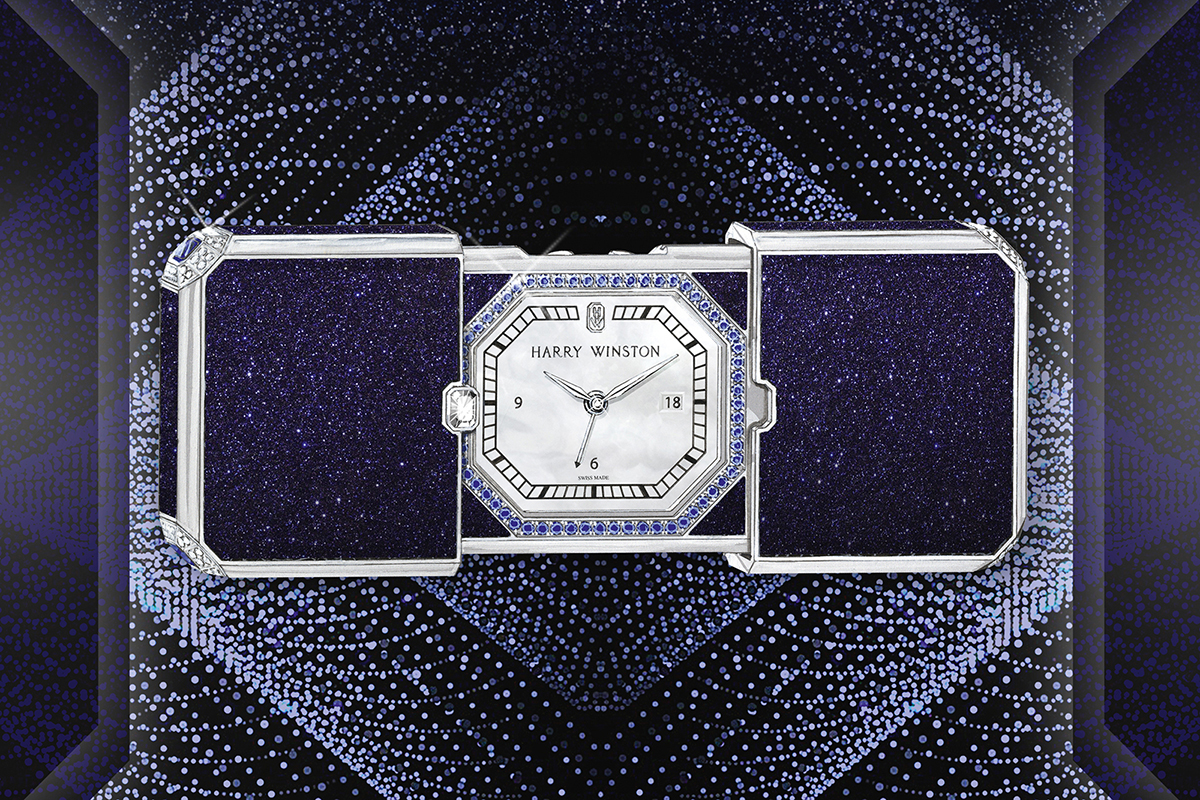 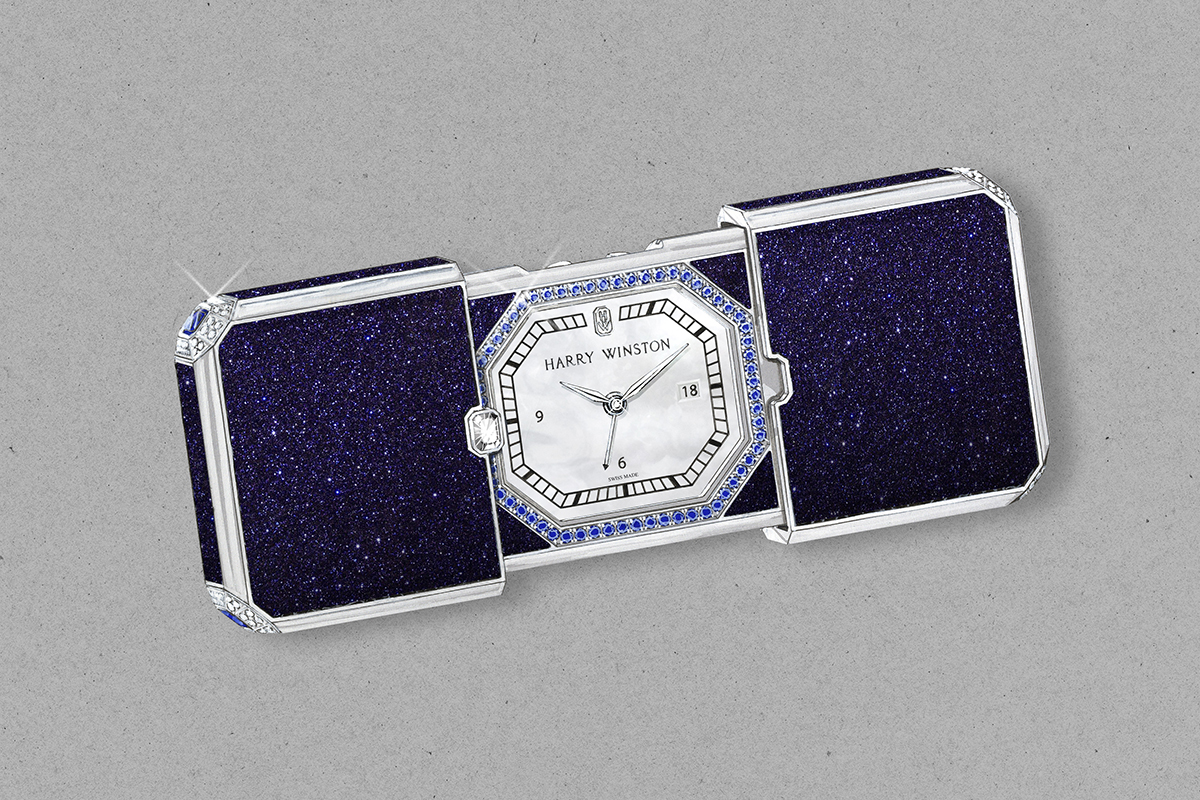 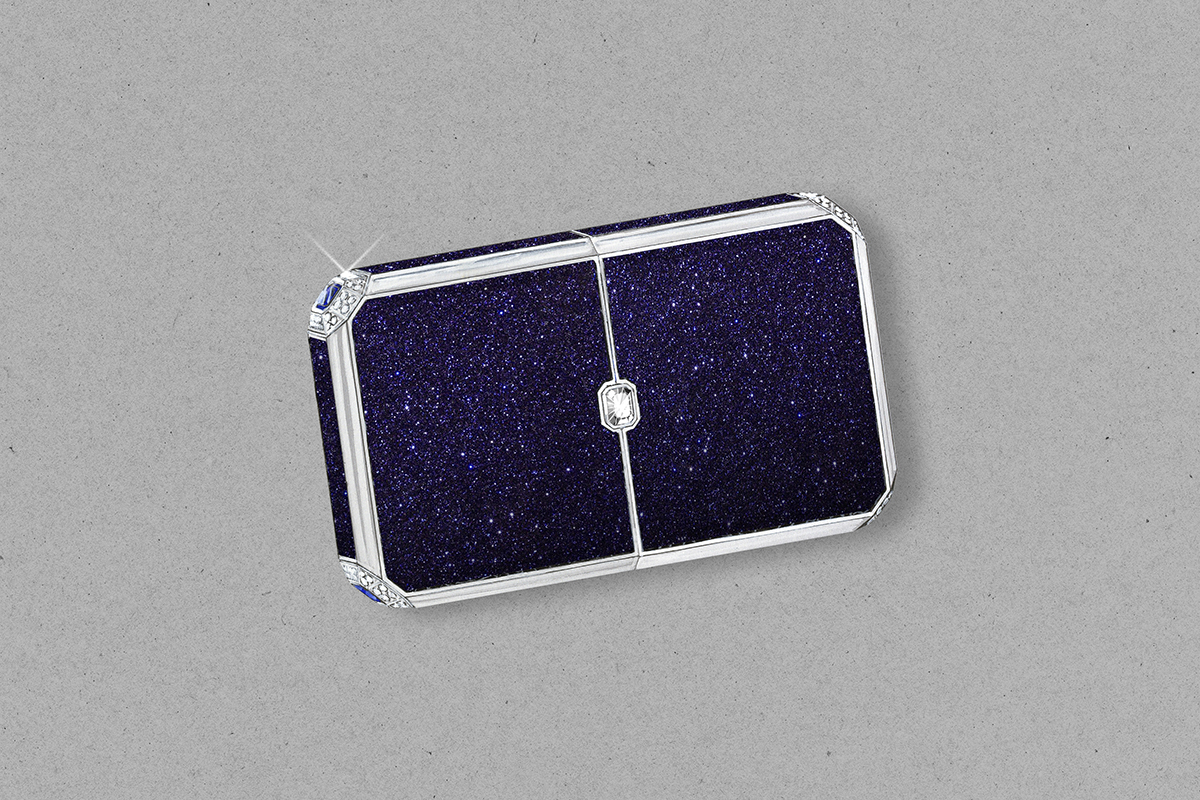 The new models ‘Marble Marquetry’, ‘Ultimate Marble Marquetry’ and ‘Time Travel’ not only embody luxury in its purest form, but they are also perfect examples of the designer's ability to capture a jewellery house’s aesthetic code within their finest watches.