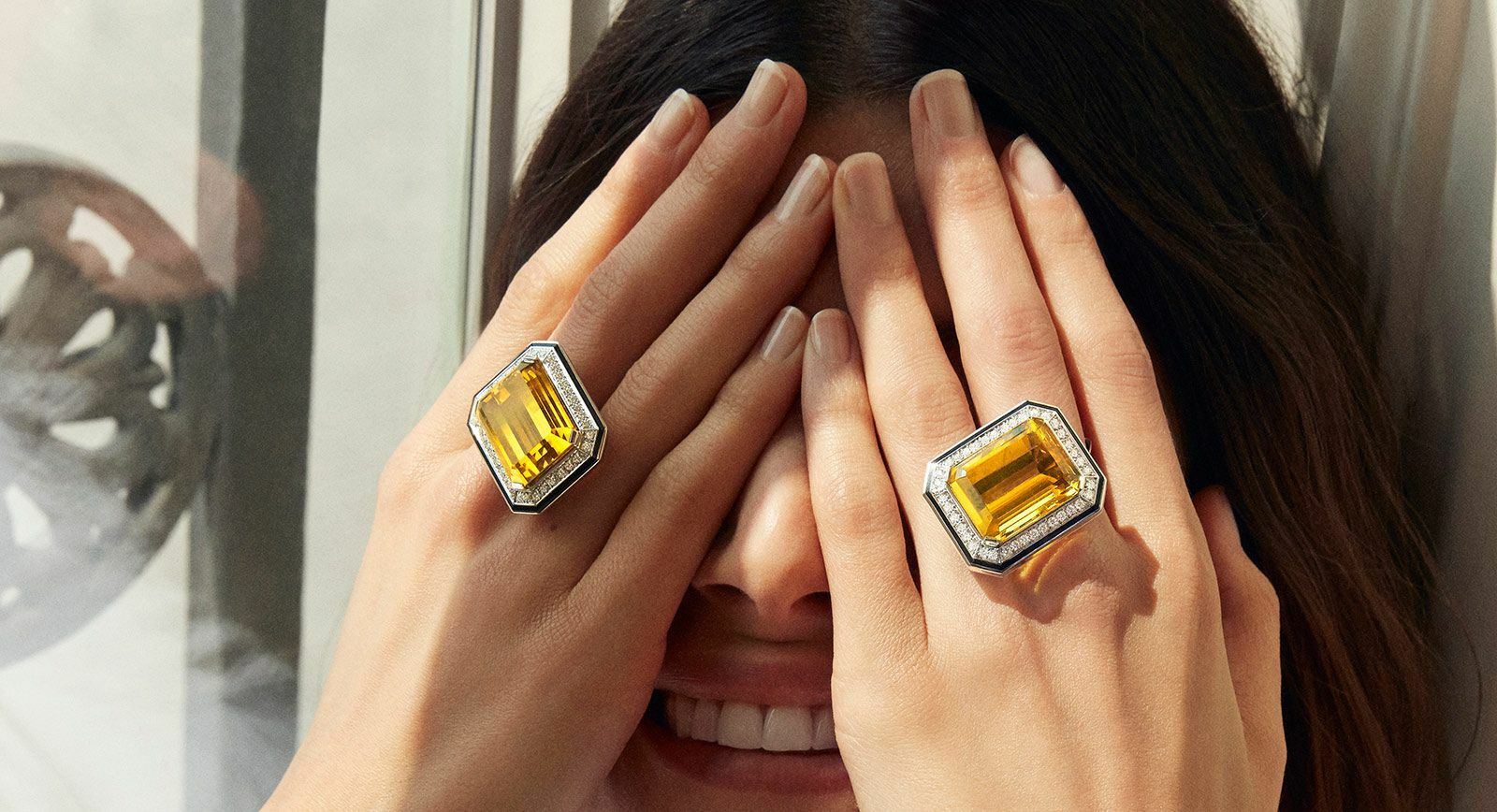 Paris, a city that makes you fall in love with it at first sight, has now been embodied in a new high jewellery collection by Boucheron. 'Paris Vu de 26' is striking for the versatility of the jewellery materials and styles it contains, as well as the complexity of its designs and some exciting innovations. Is it any wonder that the maison’s collection became one of the most talked about at Paris Haute Couture Week?

At the end of 2018, the restoration work on the historic Boucheron building on Place Vendôme was completed after 18 months. New shop floors, VIP rooms and even a suite with a view of the Eiffel Tower - which can be booked through the Ritz Hotel - were opened in the redeveloped boutique building. The launch of an exclusive collection dedicated to the longstanding relationship between the brand and Paris became the link between the two creative mediums: jewellery and architecture. 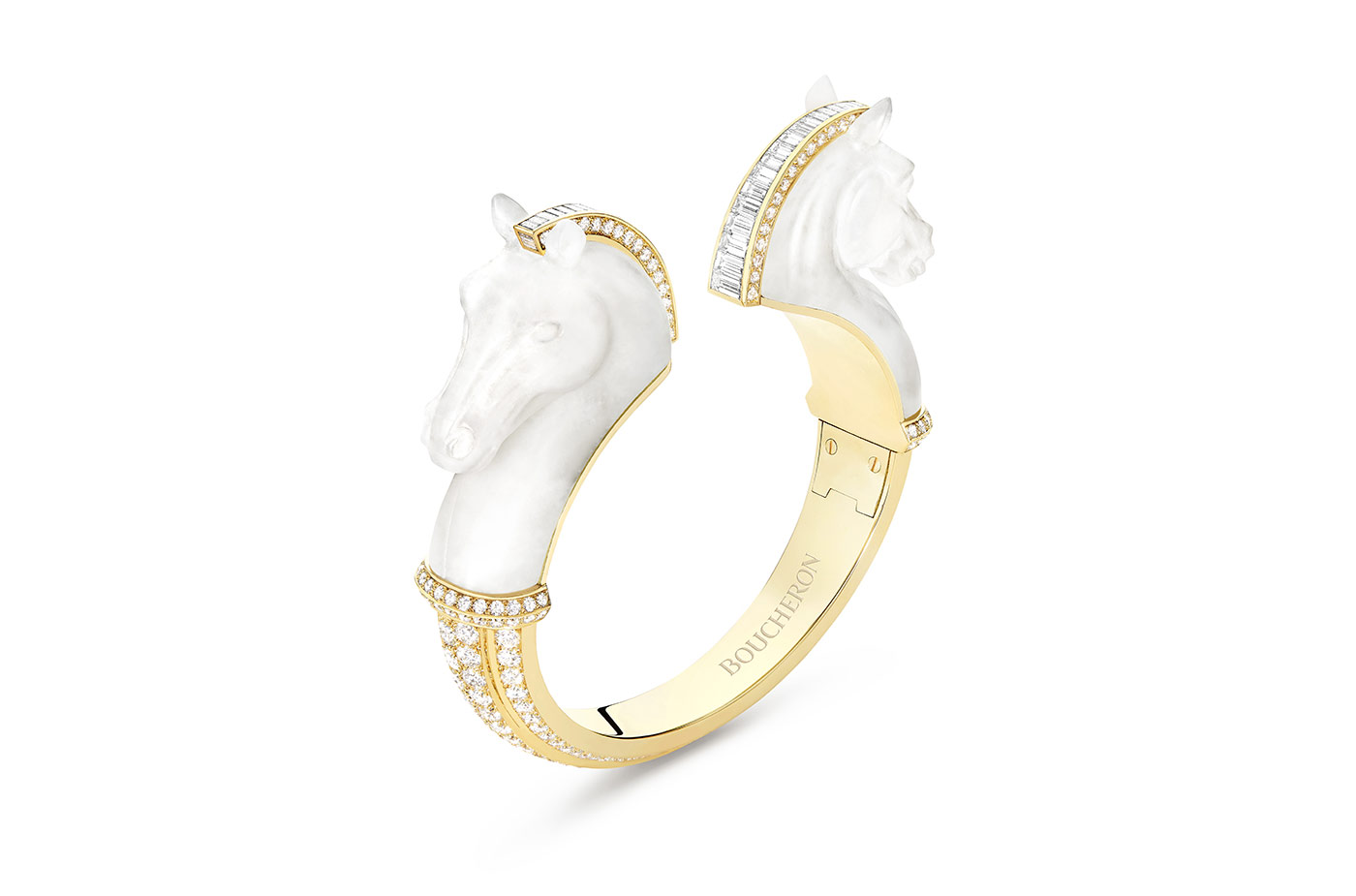 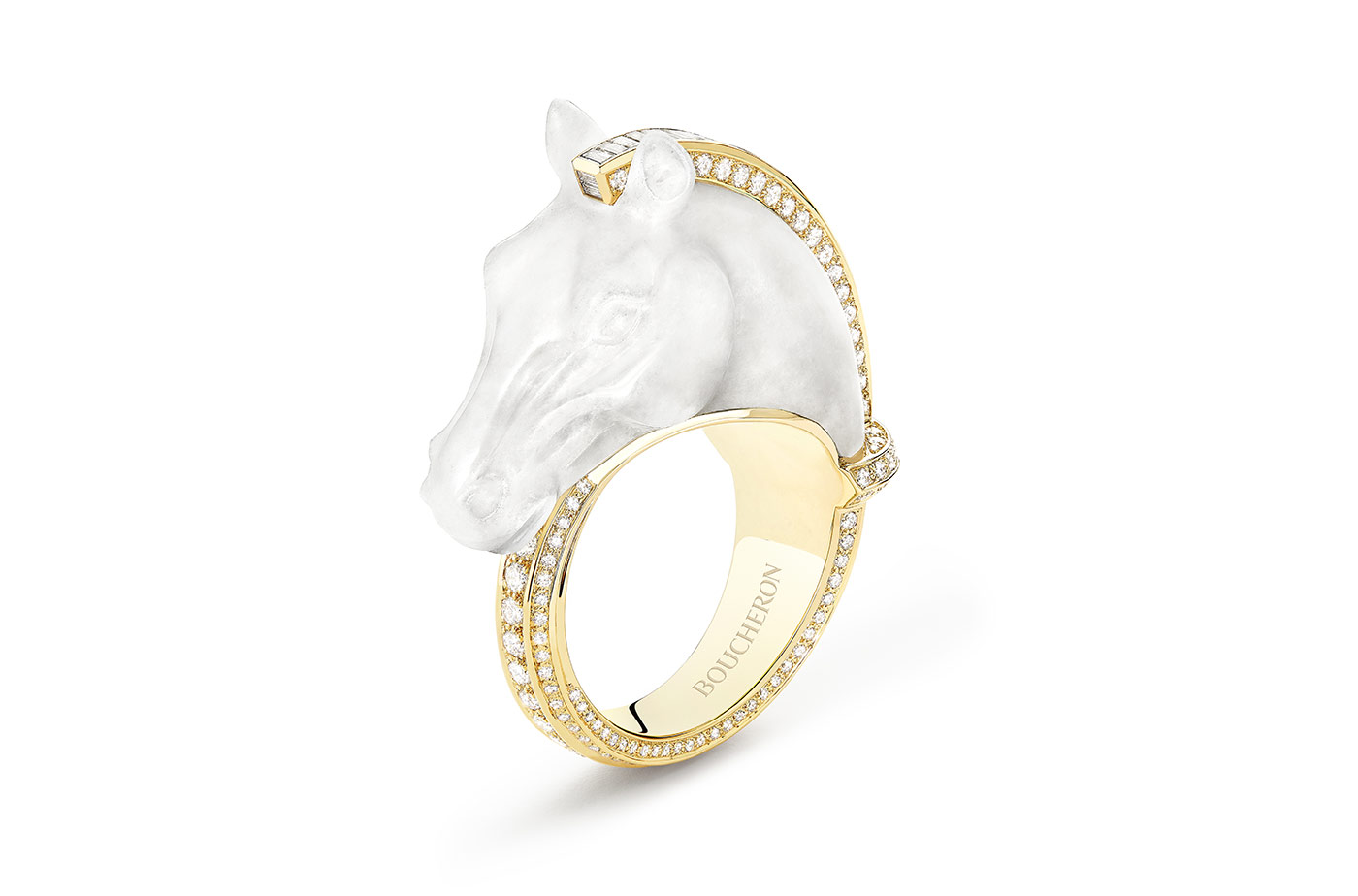 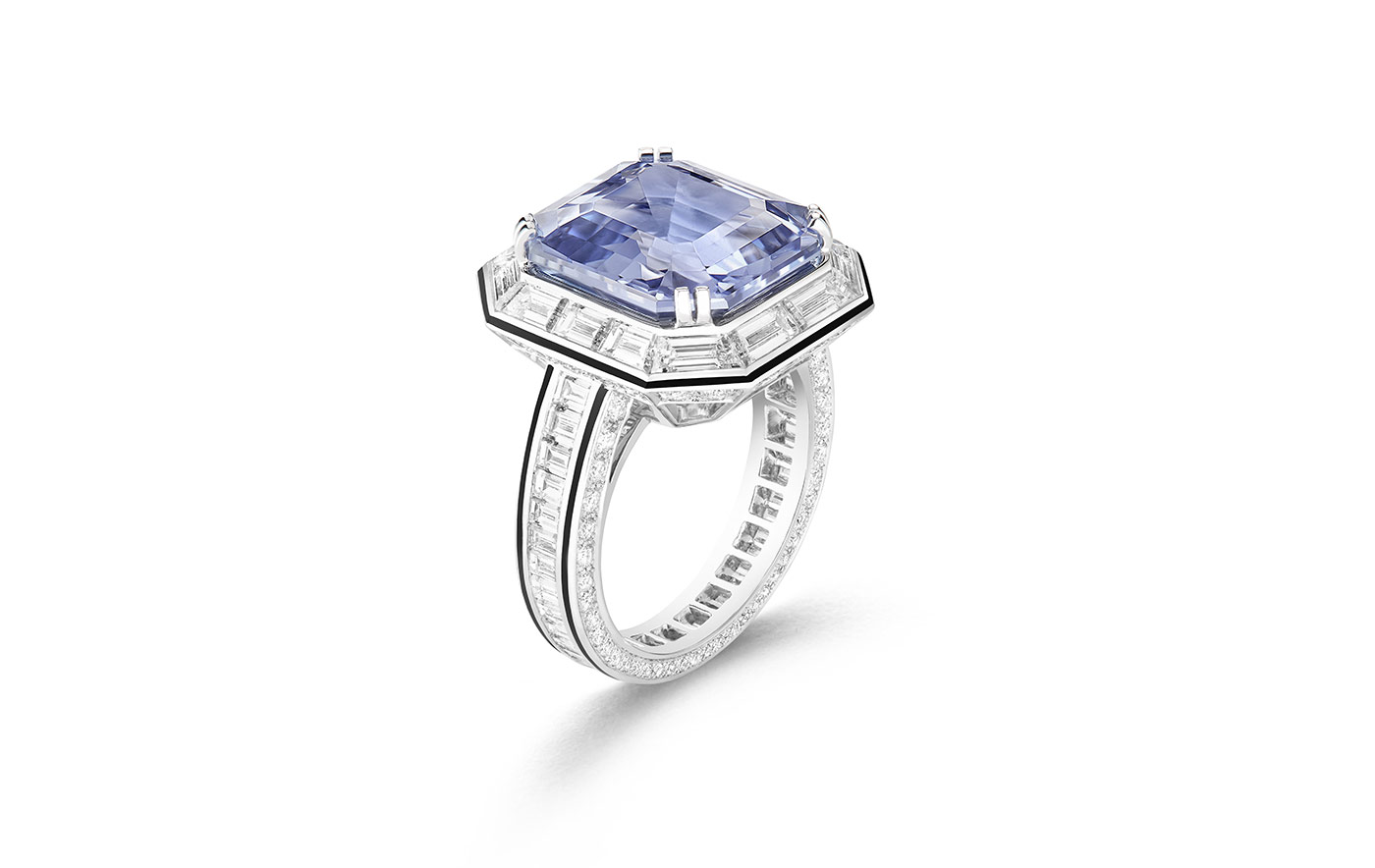 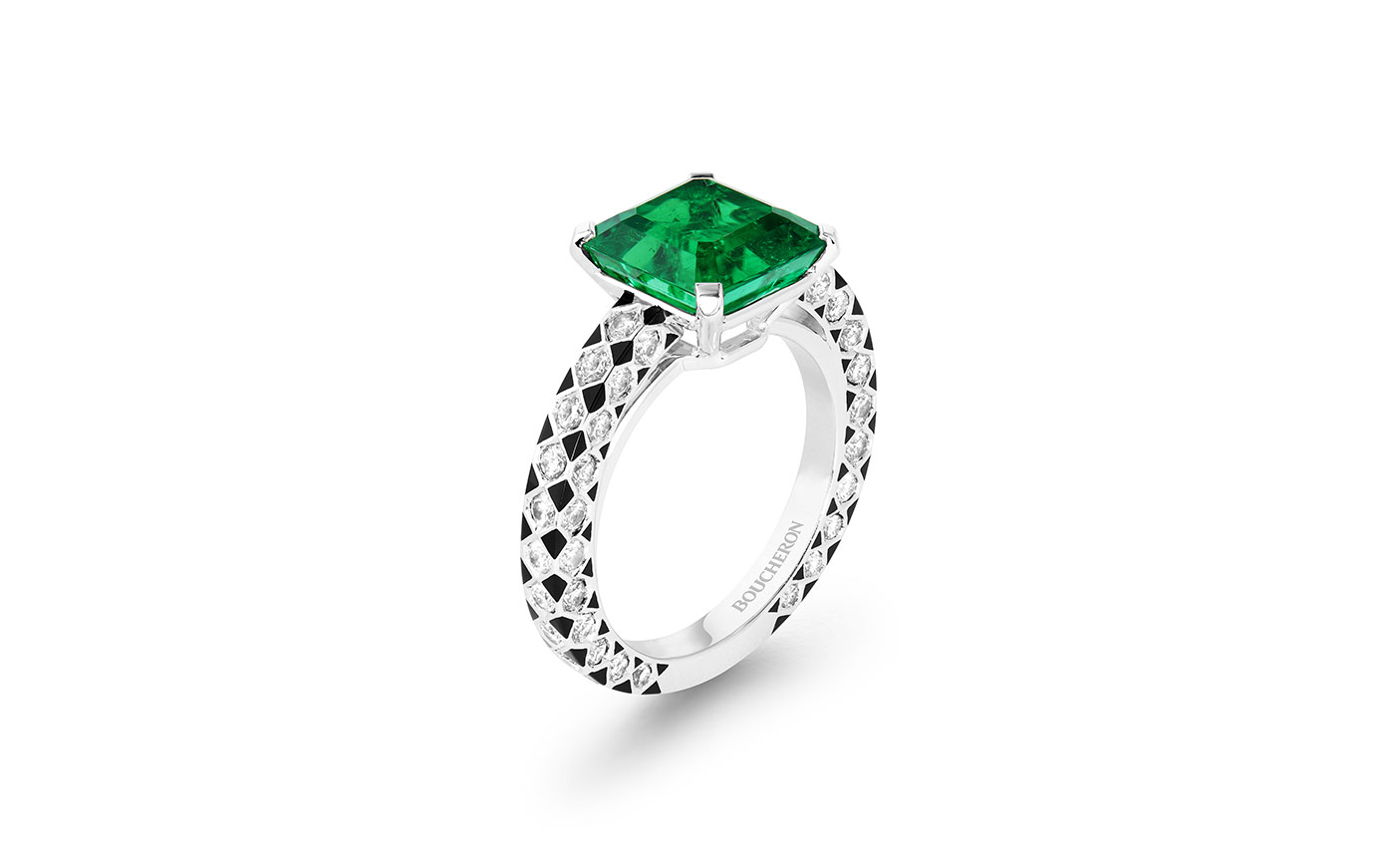 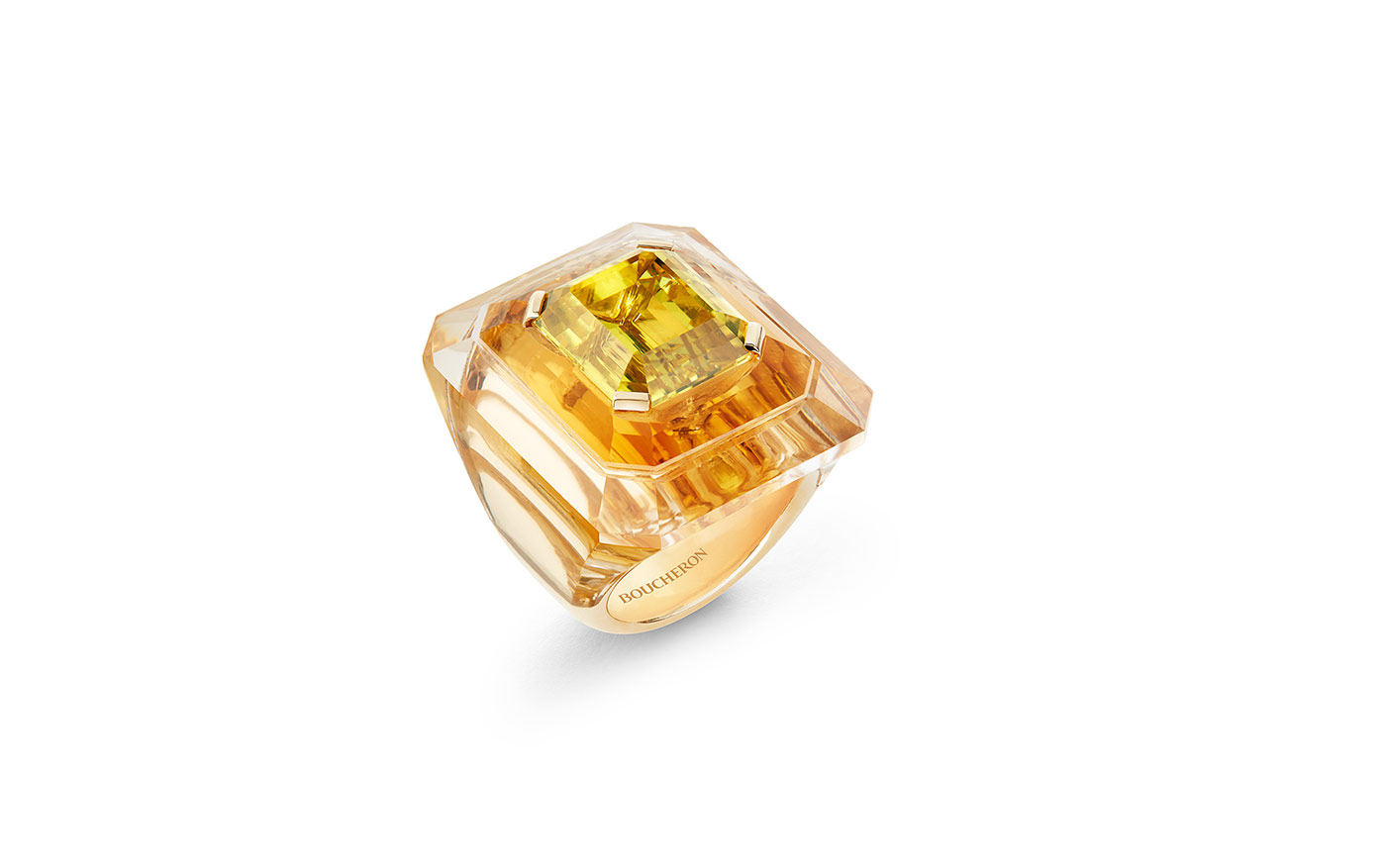 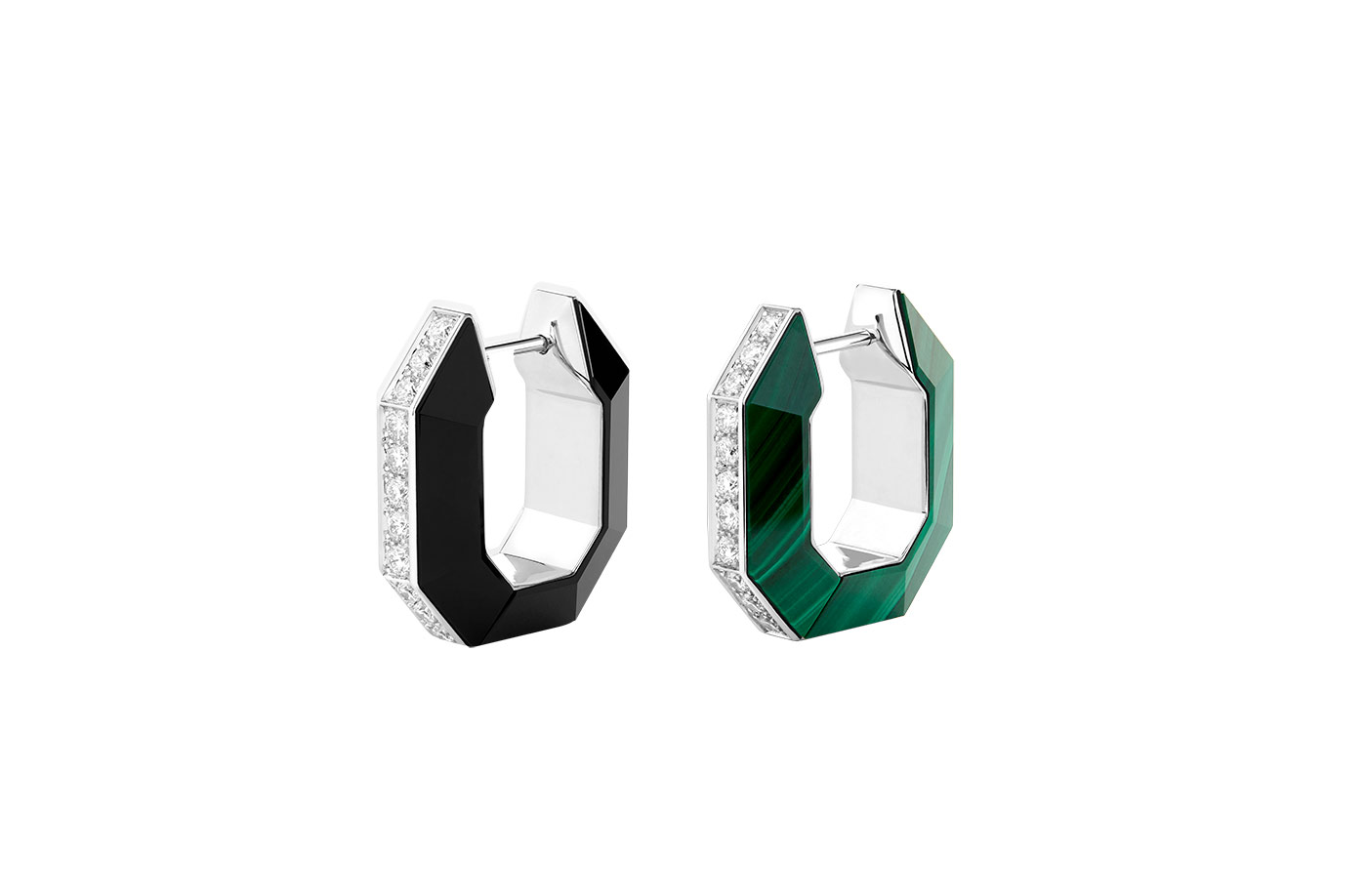 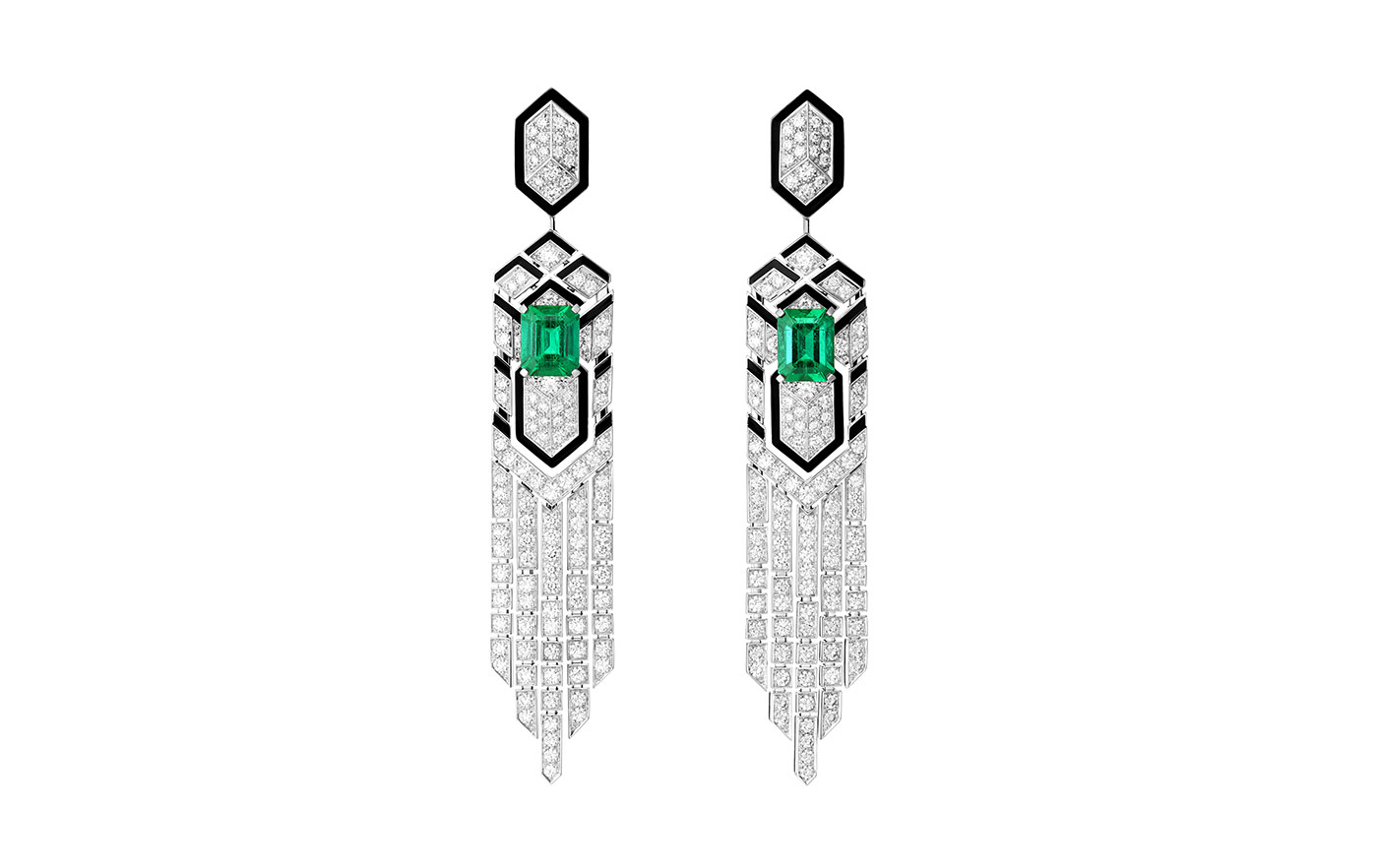 53 necklaces, earrings, bracelets and rings became jewellery renditions of the silhouettes of the famous buildings - as seen from a bird’s eye view - and the décor motifs that adorn them, Parisian streets lined with masonry, or the recognisable codes of the Boucheron maison. The creations have been divided into three lines: the first, 'Paris', is connected with the city itself; the second, 'Place Vendôme' is an ode to the view from the windows of the Boucheron building; and the third, '26V', includes abstract geometric compositions, as well as motifs of significance to the maison. 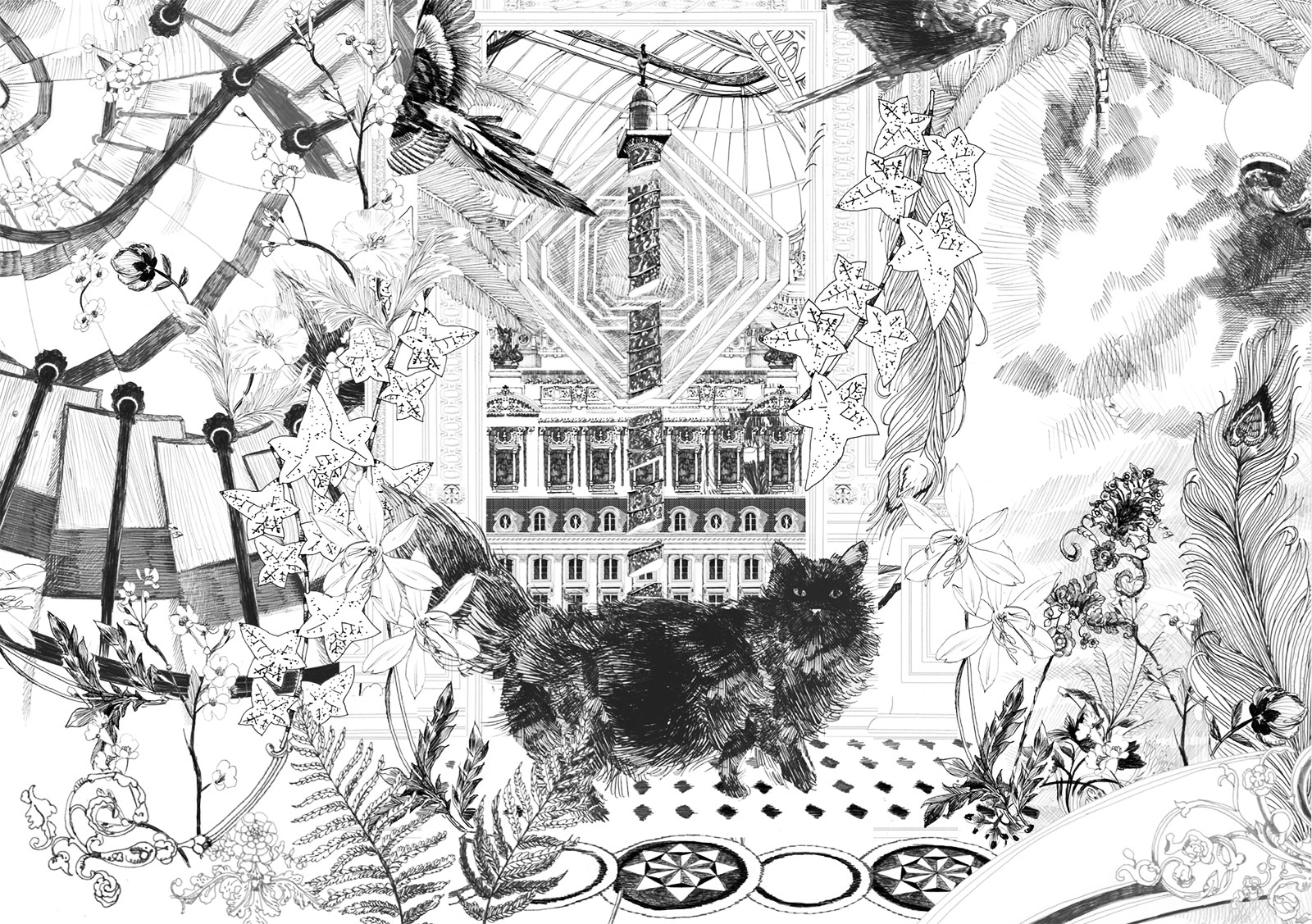 Boucheron Creative Director Claire Choisne has taken the column on Place Vendôme and transformed it into playful tassels made of pearls, emeralds or rock crystal - a material that is found in several ‘Paris Vu du 26’ necklaces. This piece of Parisian architecture has also been immortalised in a rock crystal engraving surrounded by diamonds. 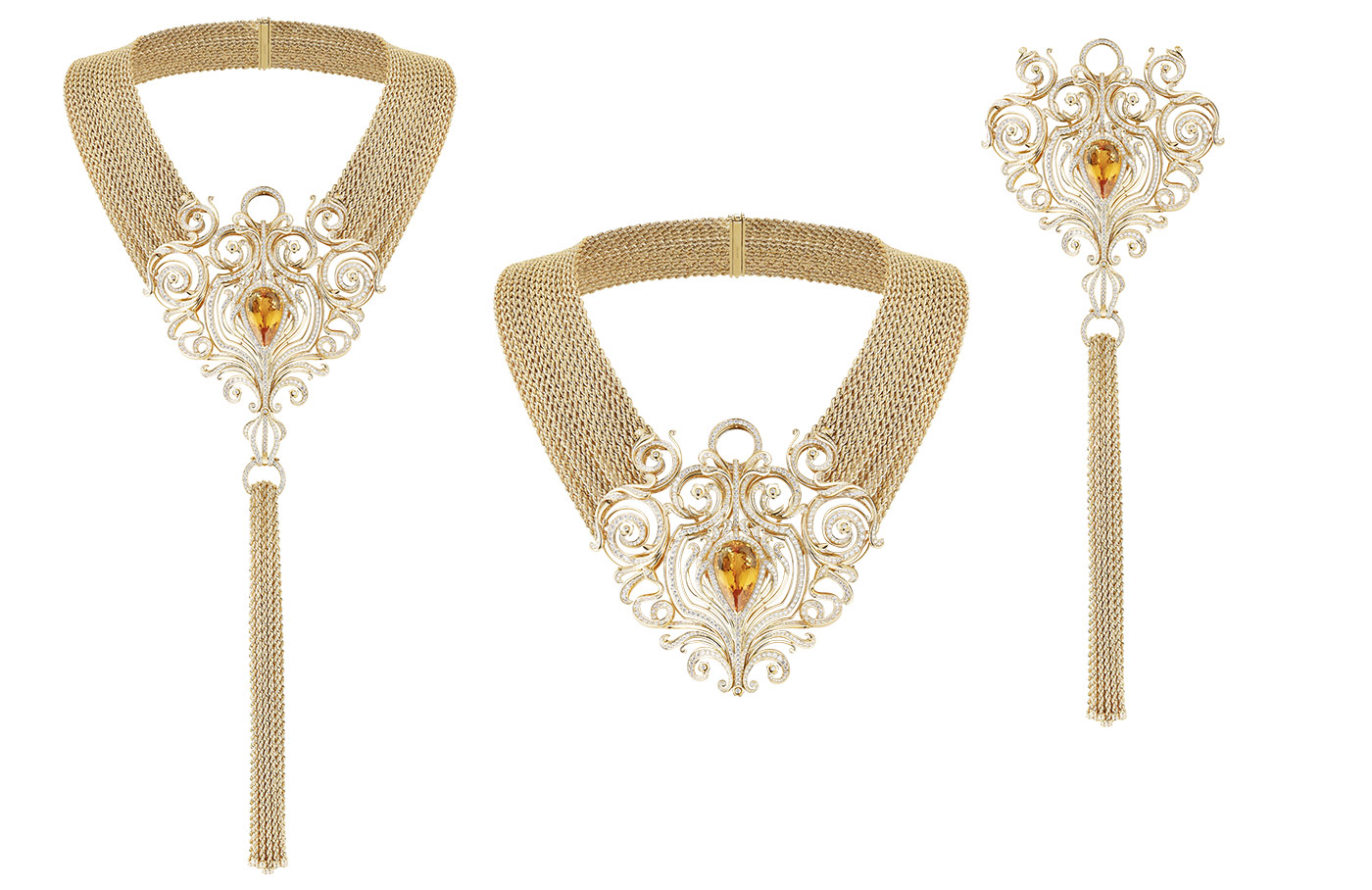 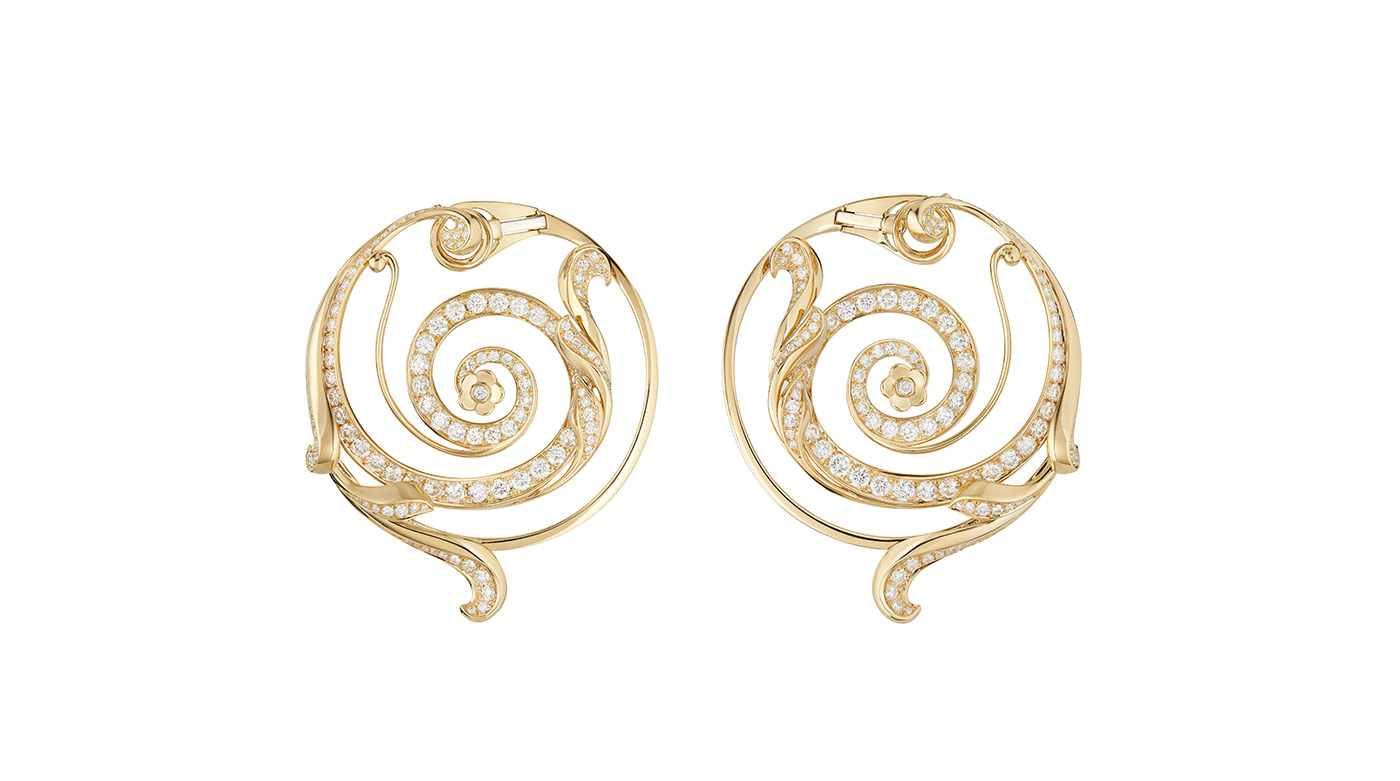 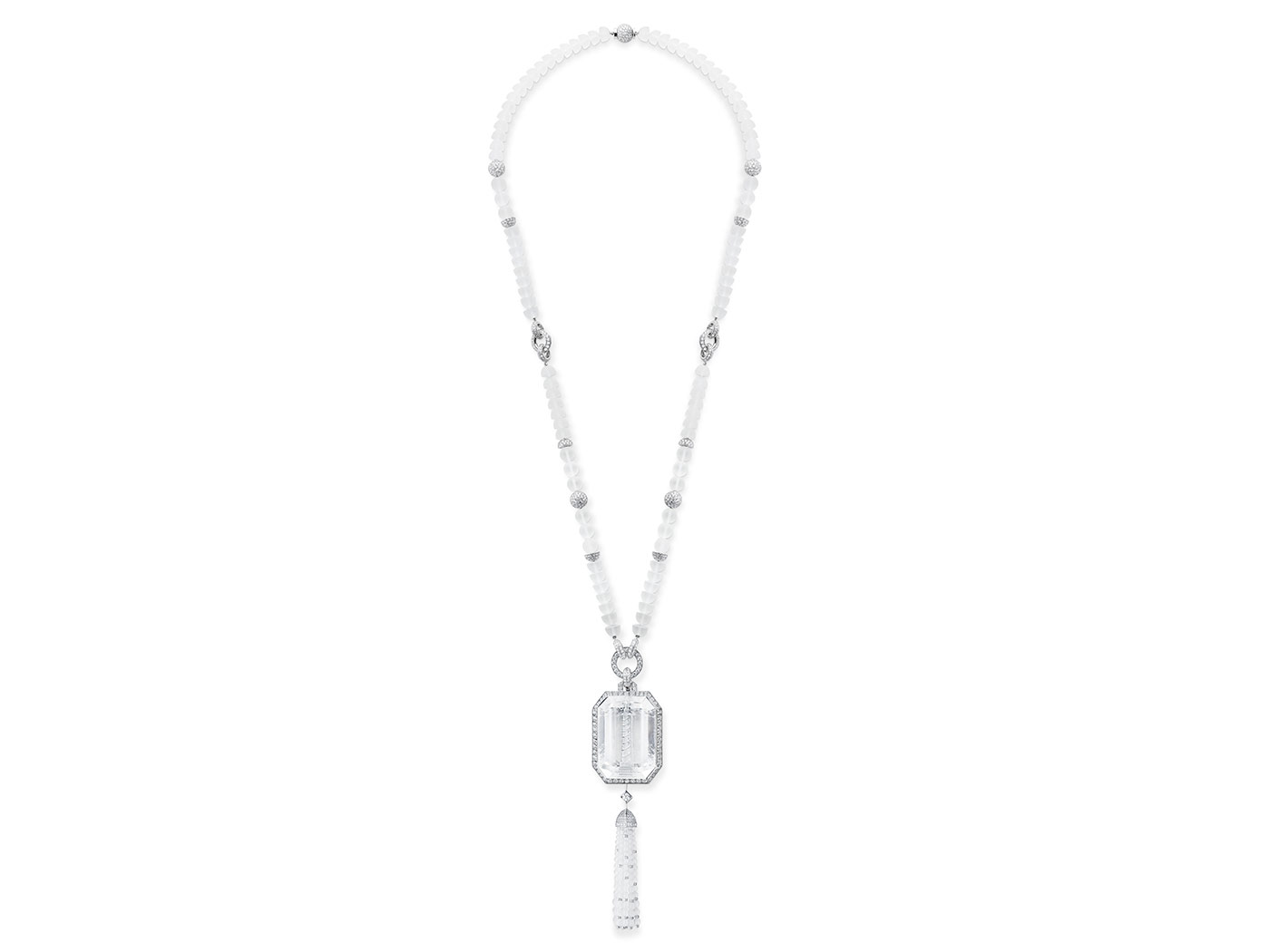 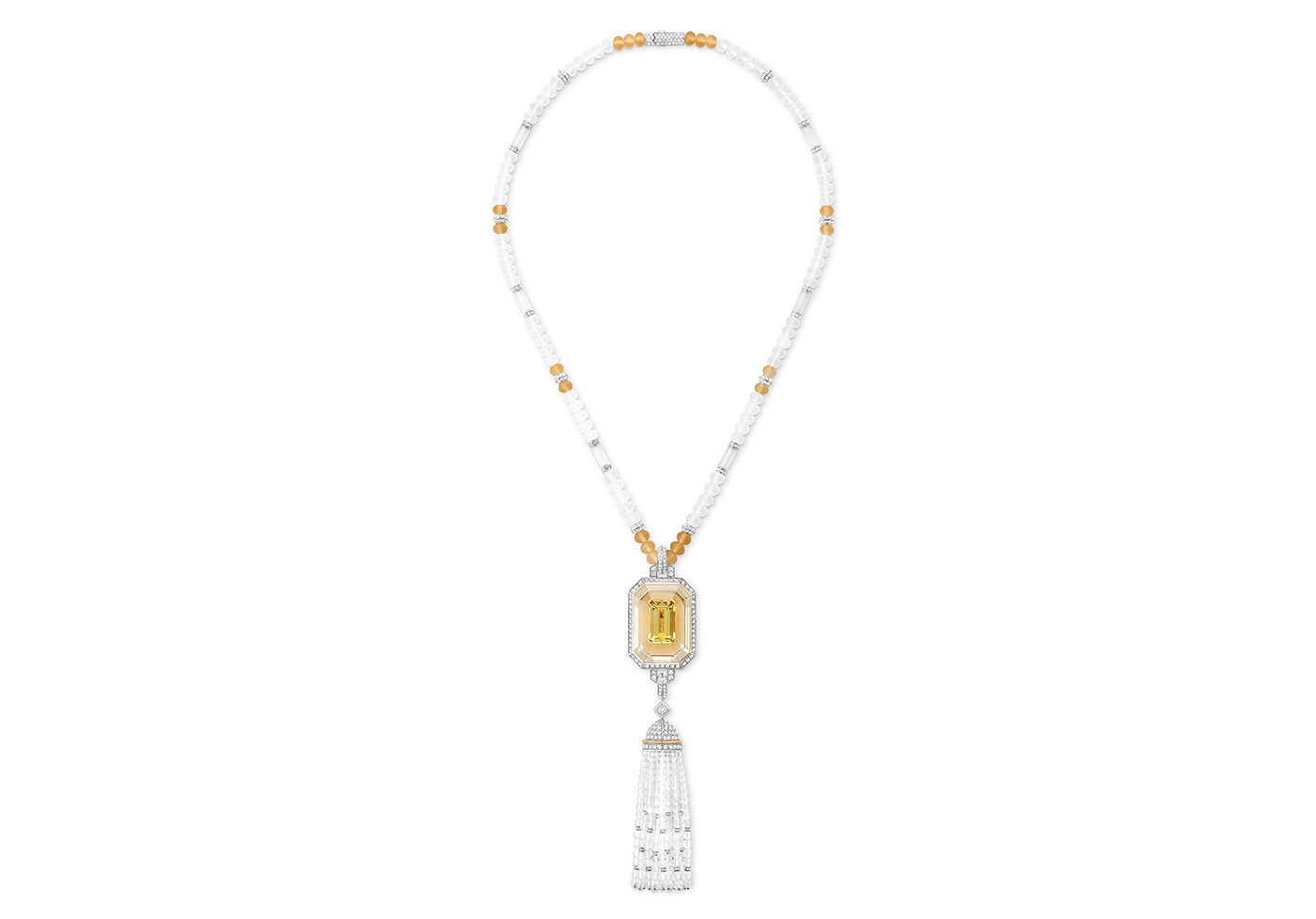 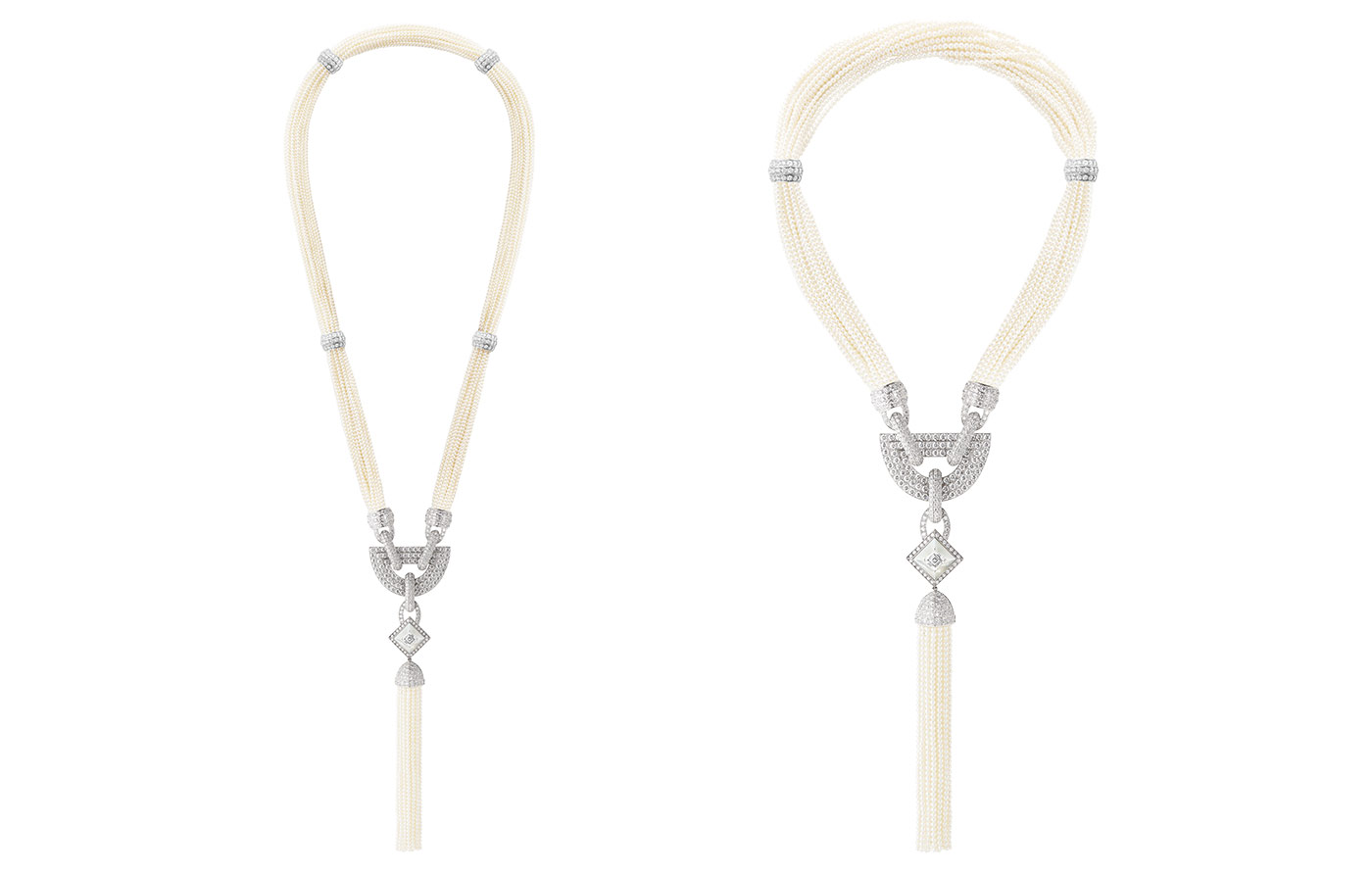 The bay leaf that adorns the base of the Vendôme column is represented in the 'Feuilles de Laurier' necklace made with pearls, diamonds and mother of pearl. The maison’s secret jewellery techniques allowed it to cut thin plates that curled like real leaves from the mother of pearl. You may recognise the signature question mark necklace design invented by Frederick Boucheron himself, created so that women could put necklaces on without someone else’s help. There is also another neck adornment of the same shape: the 'Feuilles d’Acanthus', which imitates the voluminous leaves of acanthus - often found on columns in Paris. Every millimetre of the jewel is covered with diamonds, as are the ring and earrings in this set. 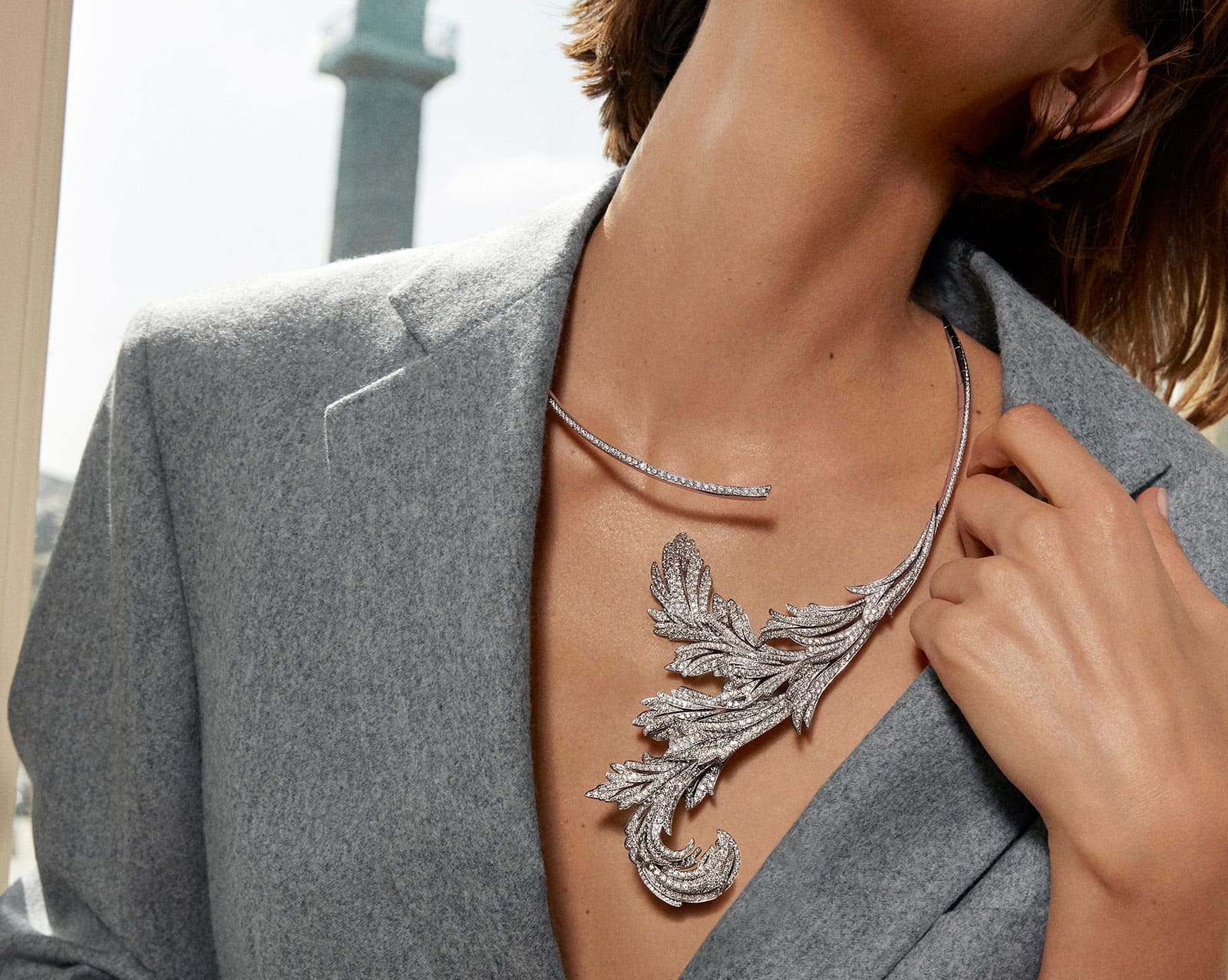 Jewelled animals have long been associated with the French Maison, and several new inhabitants of the natural world have entered the third part of the collection. Here, you will see Wladimir the cat who once lived in the Boucheron mansion and, in 1981, even appeared in the Maison’s ad campaign. This cute cat will always be with you as a cocktail ring studded with either colourless or black diamonds. 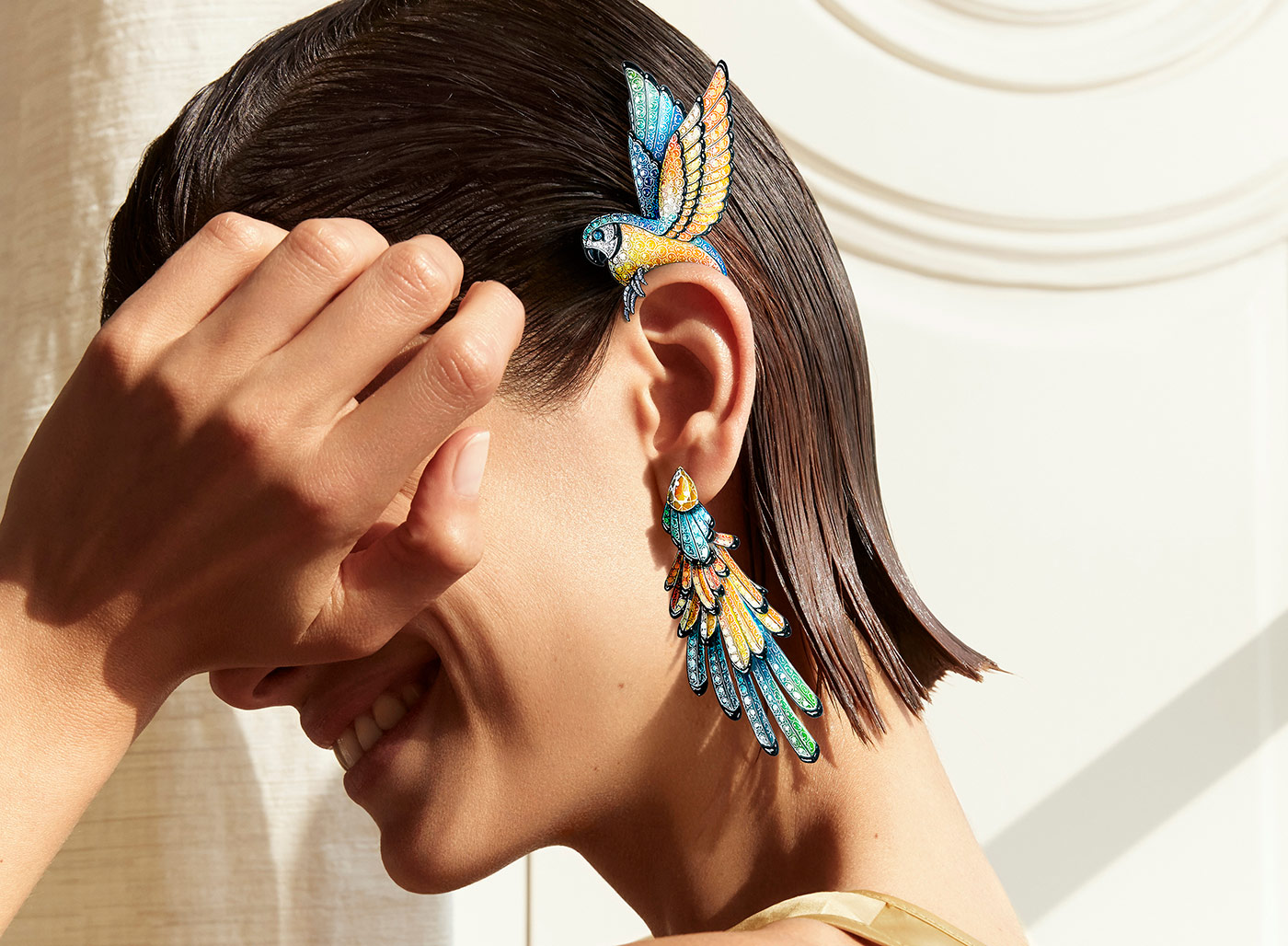 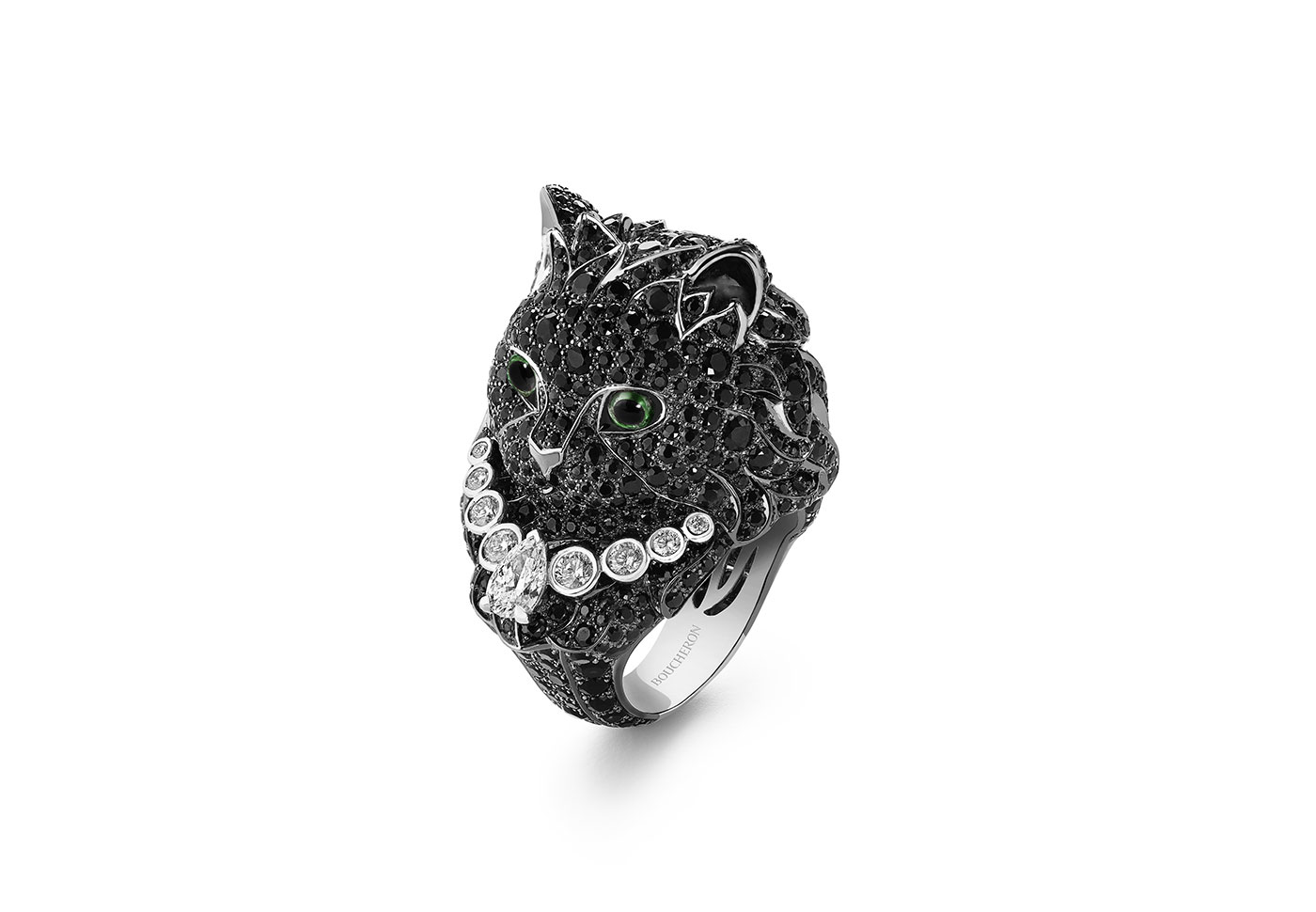 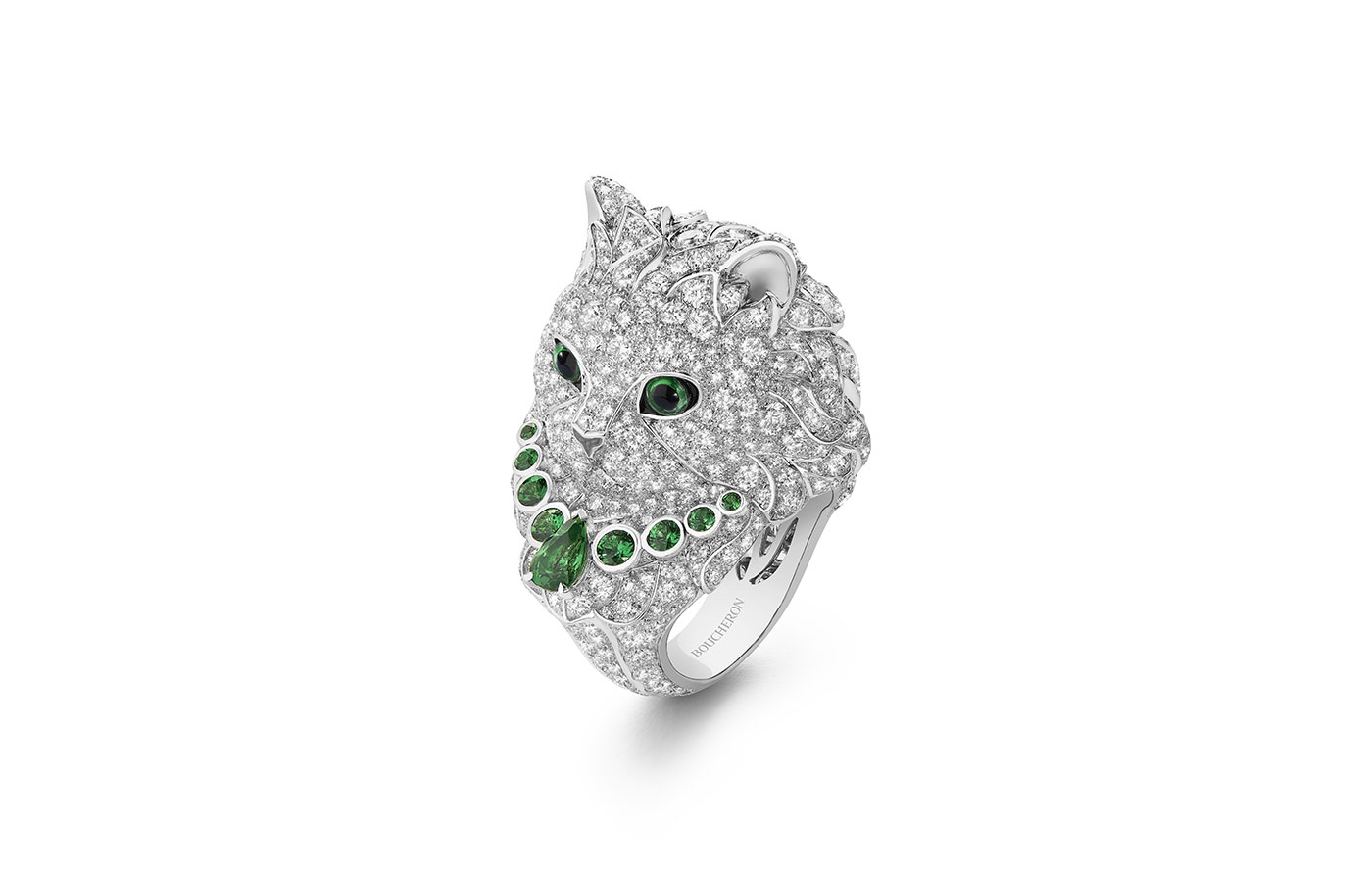 The 'Nuri' parrot - which has already become the protagonist of an everyday jewellery collection - has been turned into a colourful titanium cuff earring decorated with multicoloured sapphires, diamonds, aquamarine and heliodor. This is perhaps the brightest jewel from ‘Paris Vu Du 26’ line: all the other pieces use only two or three colour combinations. 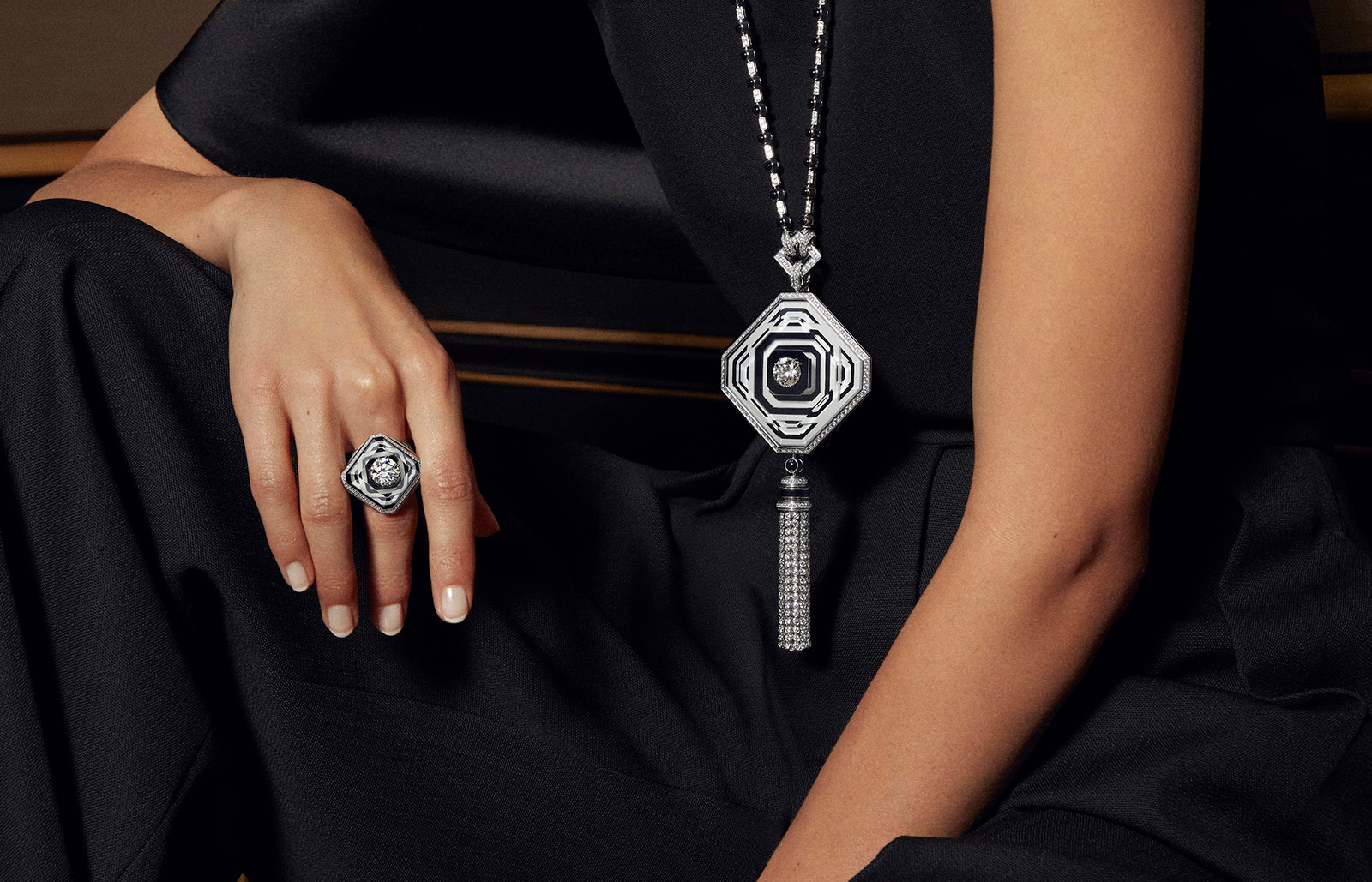 Of all monochrome jewels, I was most impressed by the wide 'Perspective' bracelet featuring a 20.45 carat Ceylon sapphire and '26V' set, comprising of a necklace and a ring. The onyx and diamonds 'Perspective' cuff resembled a bird’s eye view of Parisian architecture, and the two '26V' monochrome pieces represent a staircase inside the Boucheron mansion. The immersion effect - which you experience when you are standing at the top of the stairs and look down - is reflected in the marquetry of onyx and cacholong; this method of working with stones has become the newest innovation at the maison. On the necklace, a complex geometric pattern is covered with a dome of rock crystal in which a round 5.32 carat diamond is buried, and the same for the 4.08 carat diamond in the ring. If desired, the pendant can be removed and the necklace worn in a simplified way with one tassel. 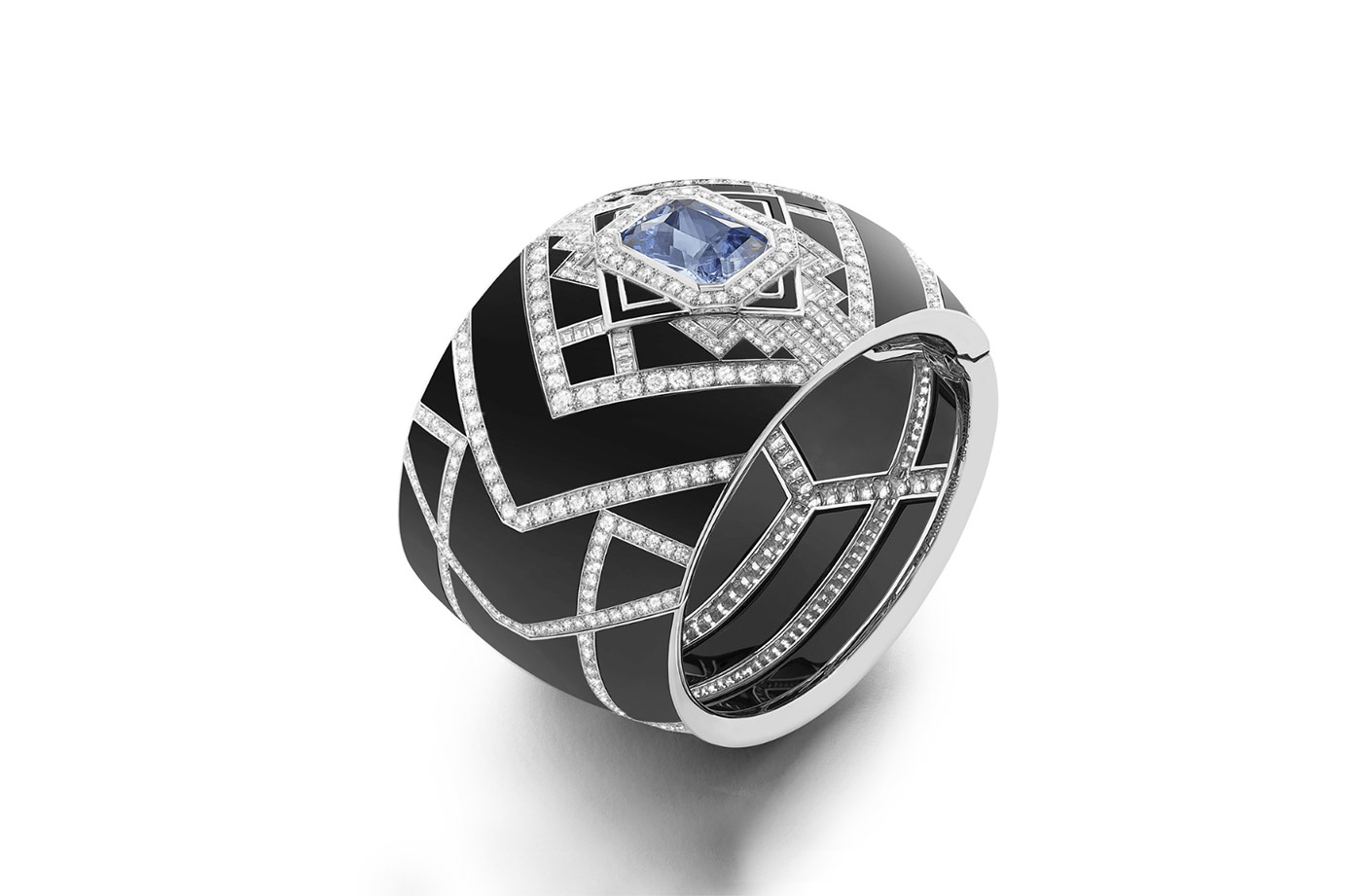 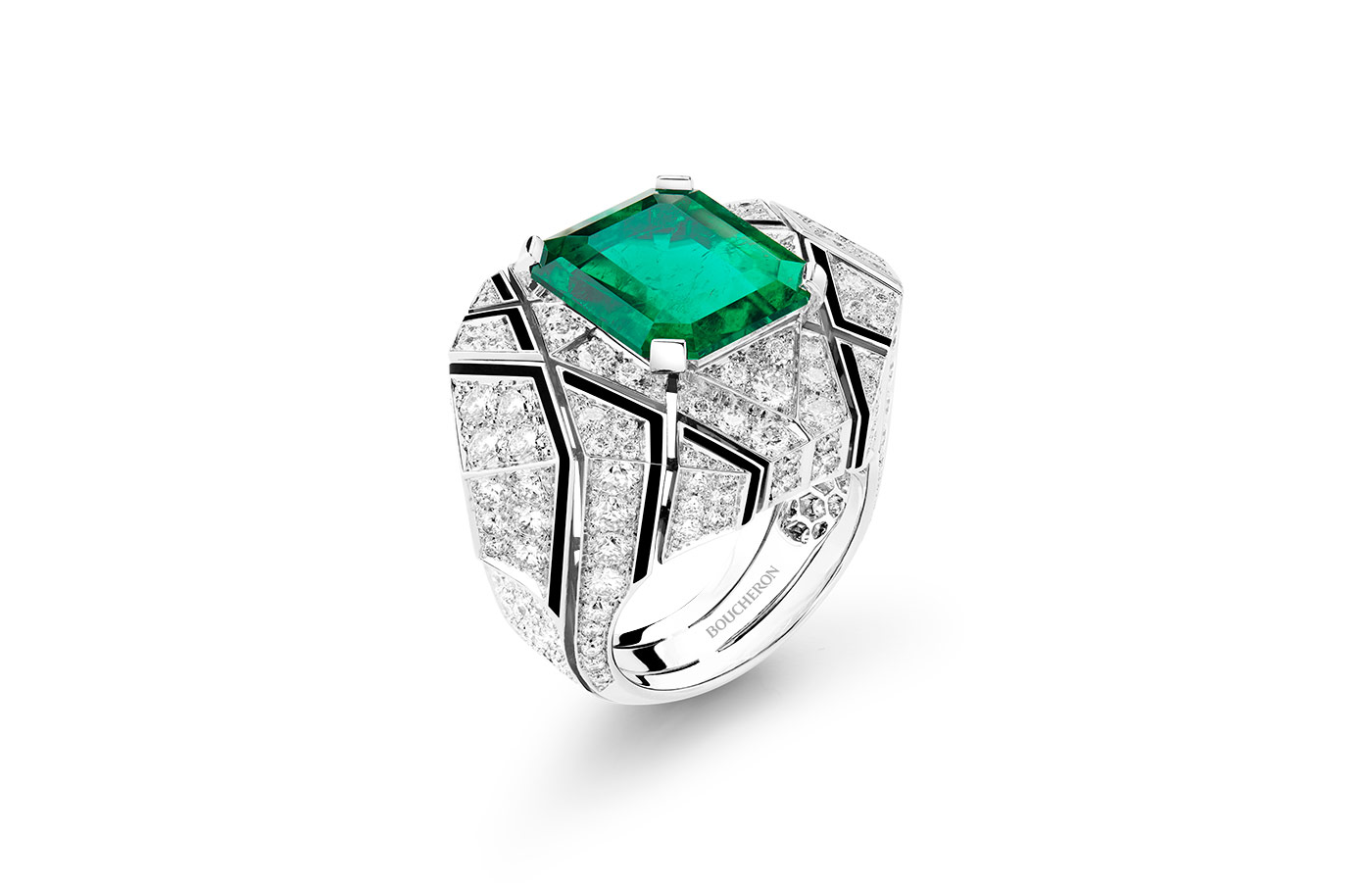 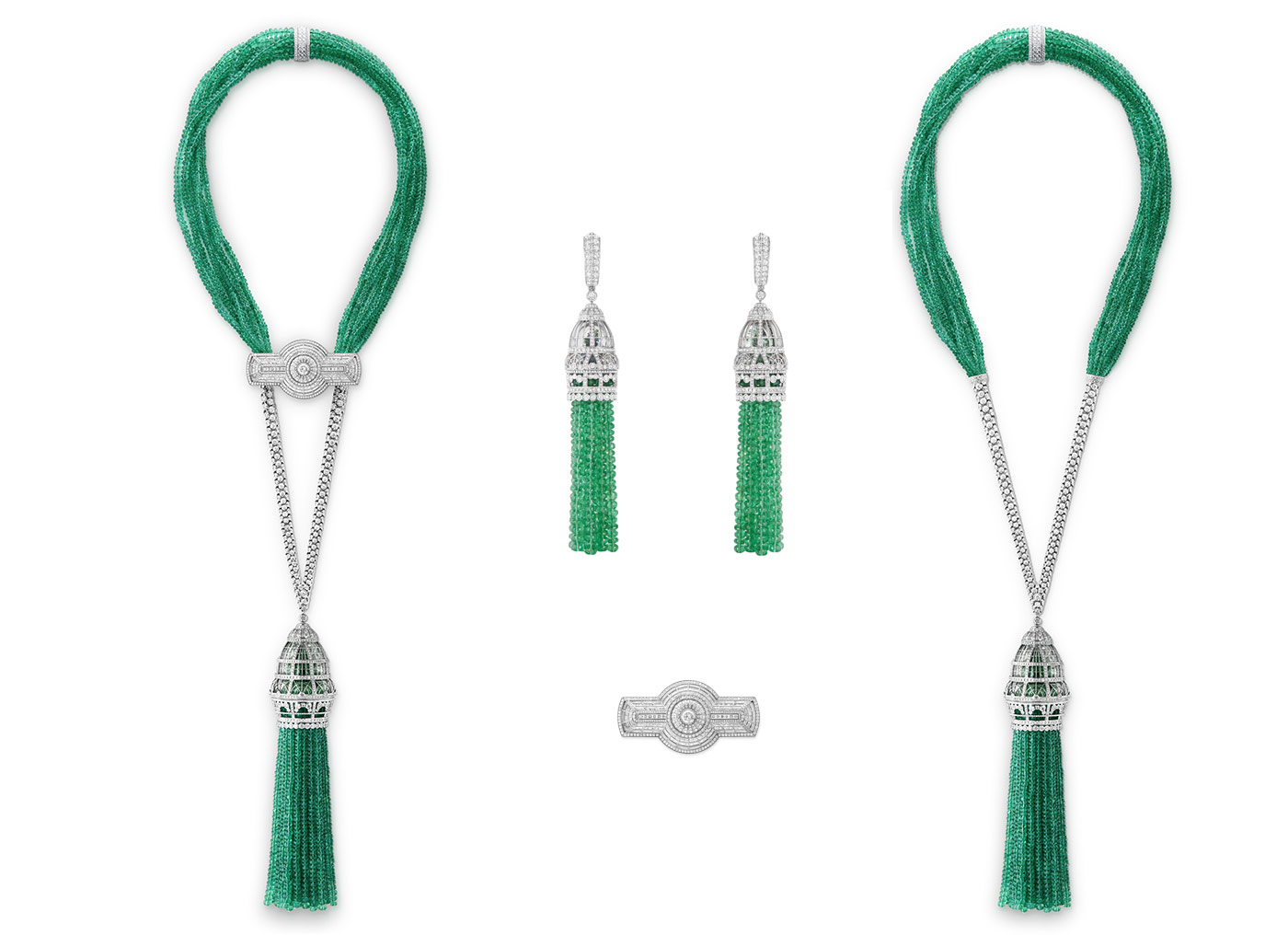 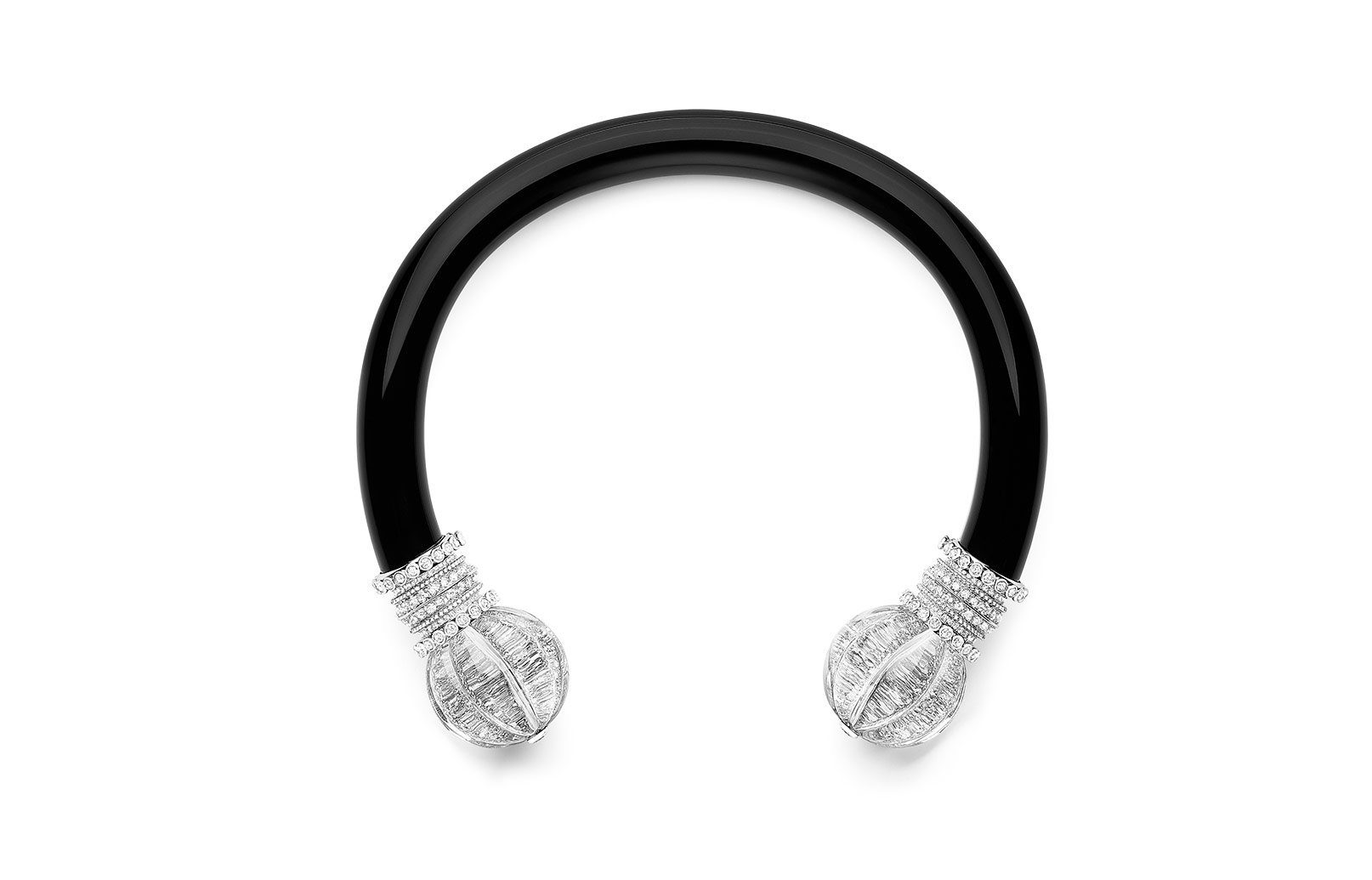 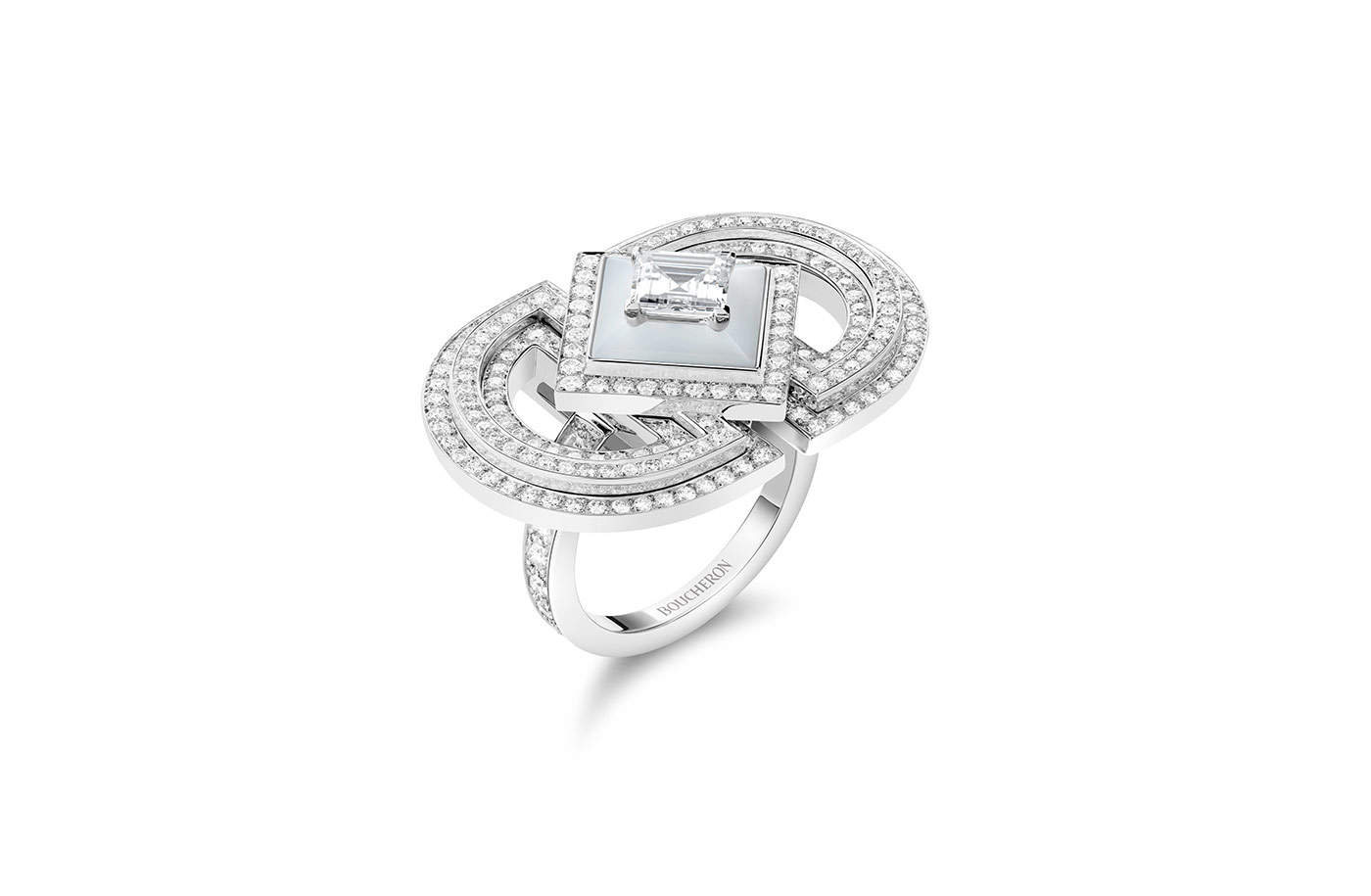 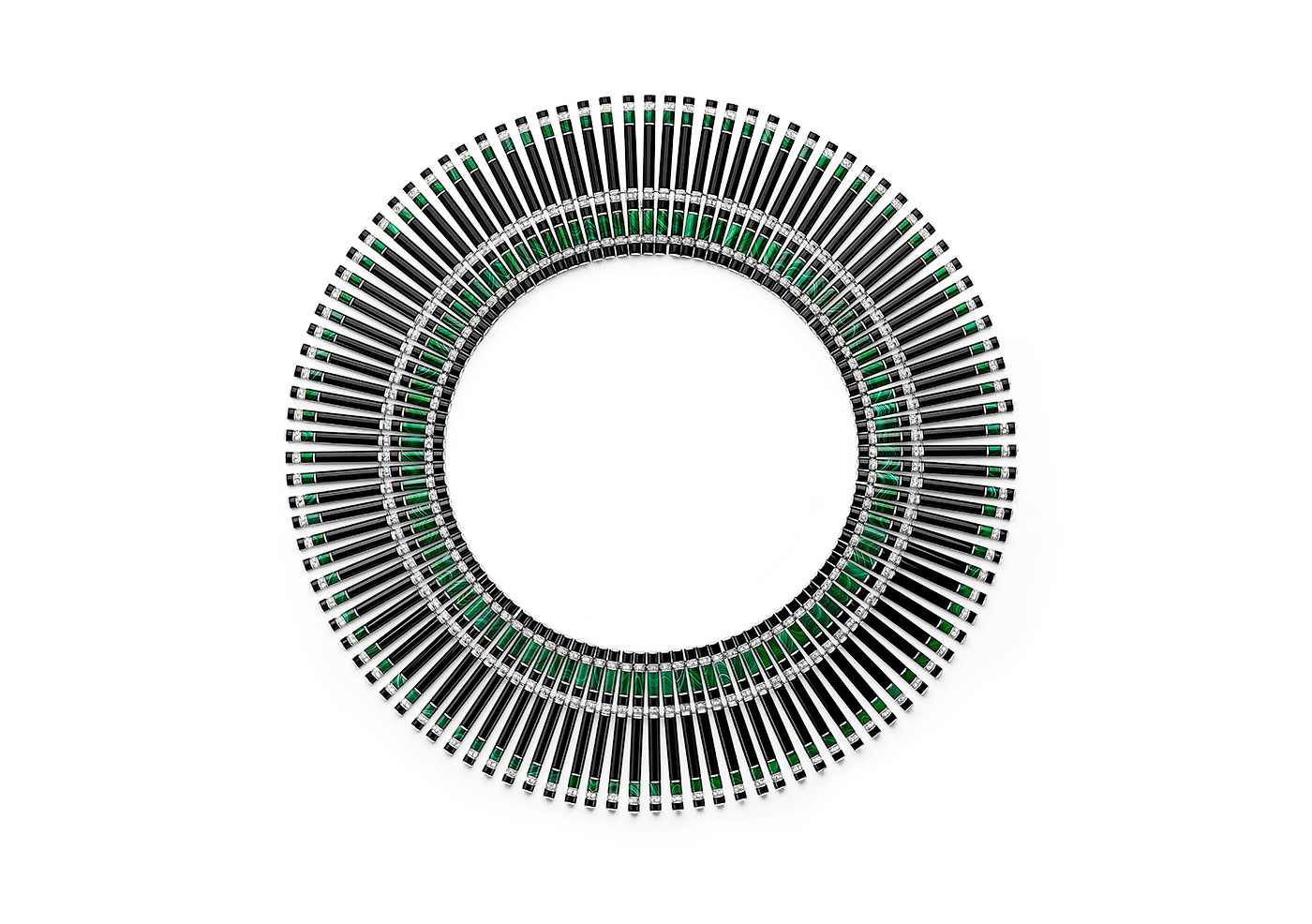