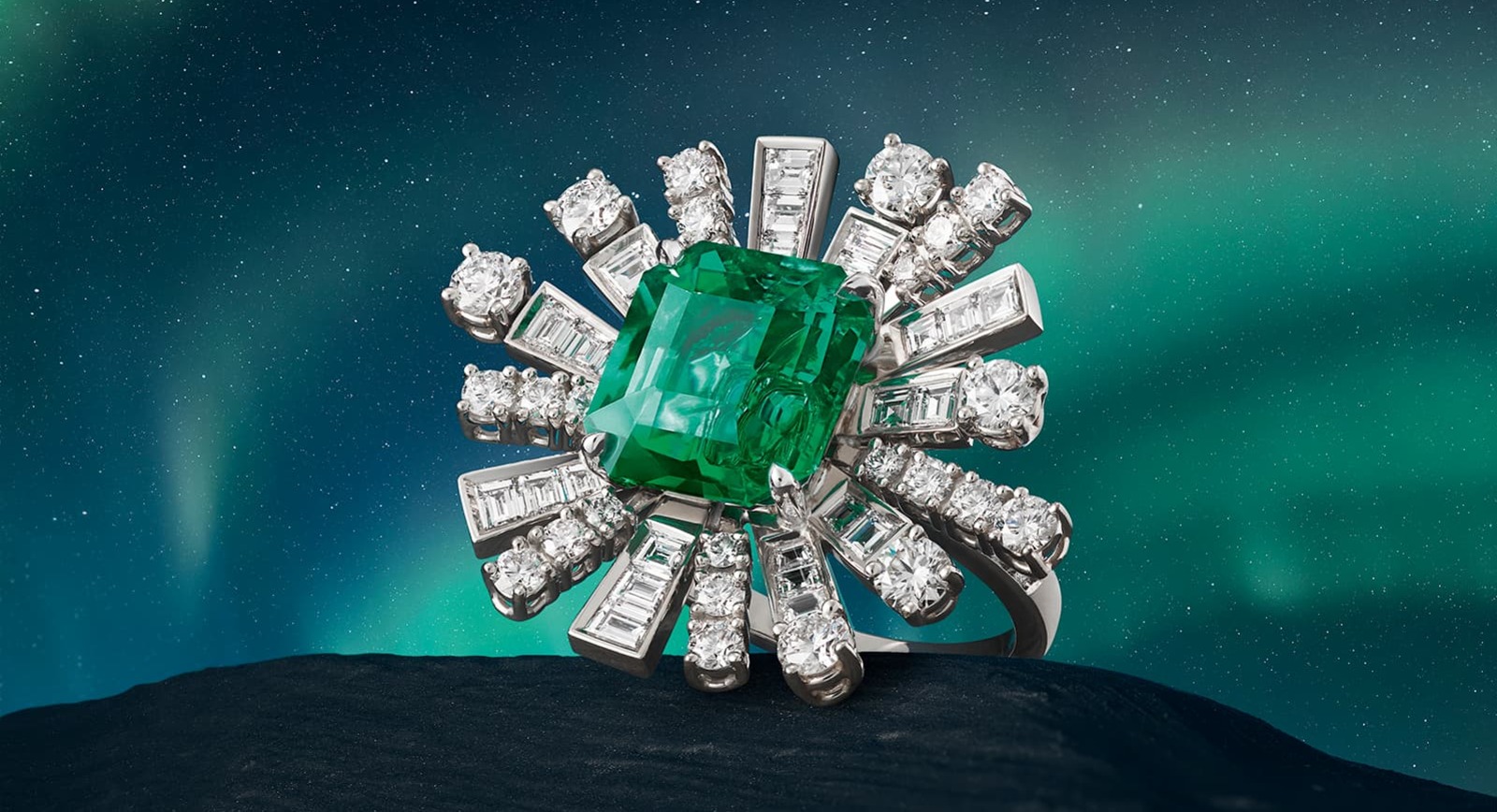 The Swiss luxury brand Piaget continues to embrace life’s brighter moments by inviting us to enjoy some colourful lights against a night sky backdrop with its new high jewellery collection, Extraordinary Lights. After exploring themes of sunlight, flora and fauna in recent years, Piaget’s designers decided to focus their sights on the ‘dark’ side of the world. Night appears to make all colours look like shades of grey shrouded in the twilight of mystery. But this is only at first glance! The dreamy streams of light that emanate from the moon and stars, glamorous bursts of fireworks, the life-saving glow of a huge searchlight, the bewitching magic of the northern lights... Through an impeccable play of creativity and colour contrasts, all the nuances of light are captured and realised with unrivalled ingenuity in the new masterpieces of the three-part Extraordinary Lights collection.

The offer includes 48 pieces: 33 of them are one-of-a-kind and 10 can be made anew using a different colour scheme. They are divided into three chapters. The first one is dedicated to torches, the main sources of light during twilight and night hours. The combination of a 10.12 carat fancy intense yellow radiant-cut diamond, emeralds and further round-cut stones evokes the idea of torchlight patterns in the Blissful Lights necklace. Incidentally, the necklace’s central stone can be easily removed and worn as a ring using an invisible fastening. Piaget’s designers have thus carried out the instruction of the founder’s grandson, Valentin Piaget, to ensure that innovation remains at the heart of the brand’s creativity. To accomplish this brilliant idea, the craftsmen at the Maison spent 280 hours carefully planning the necklace and the same amount of time manufacturing it. 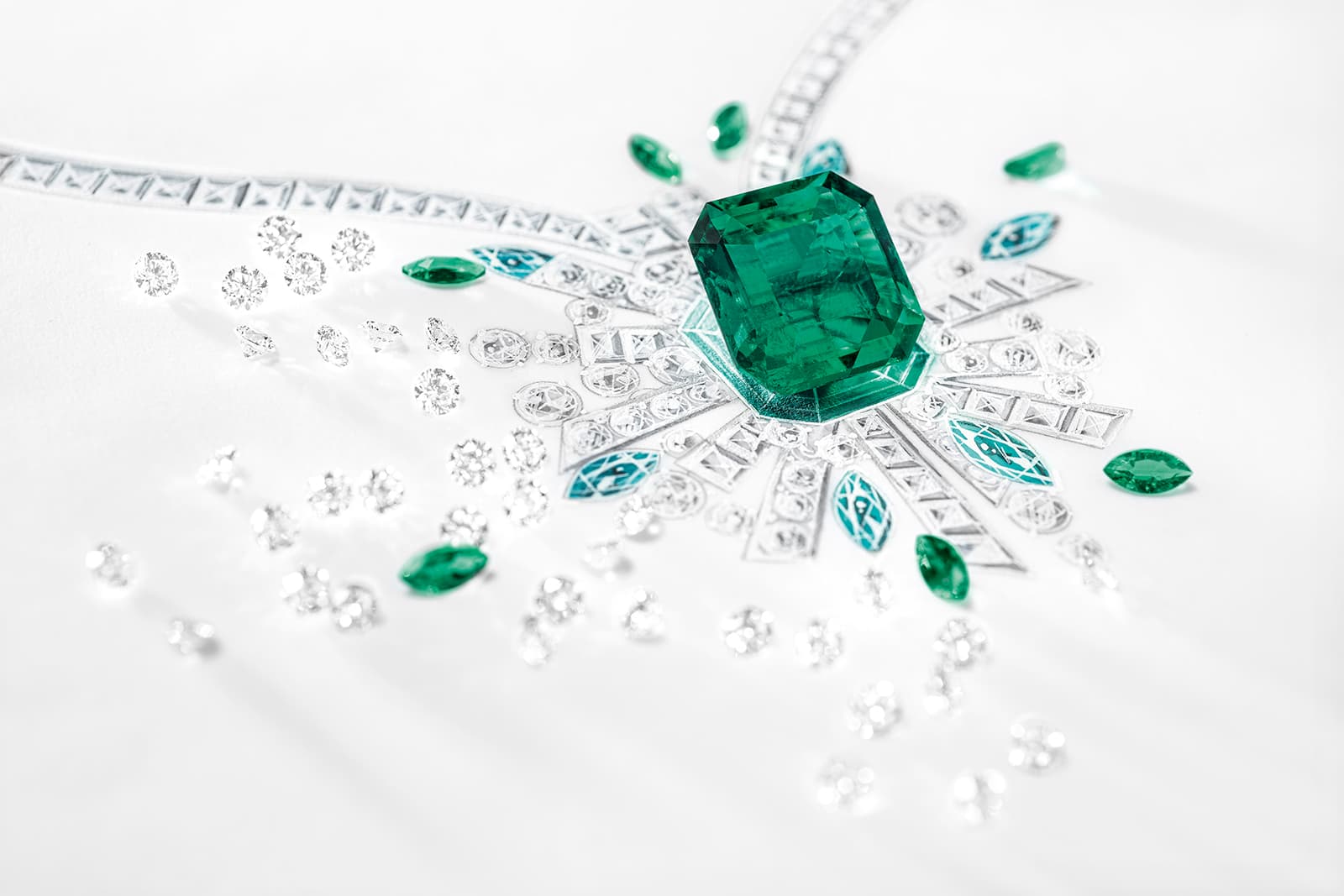 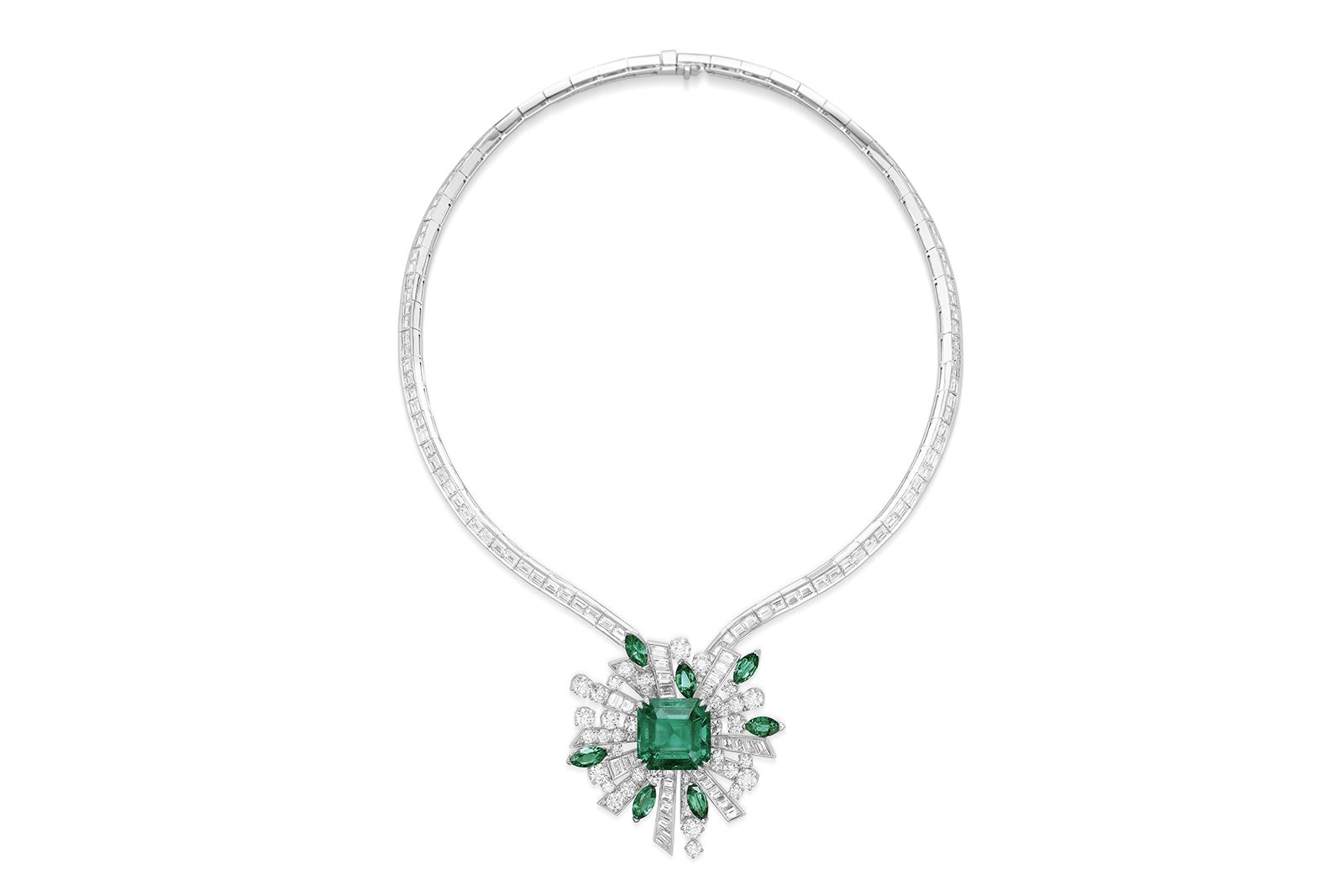 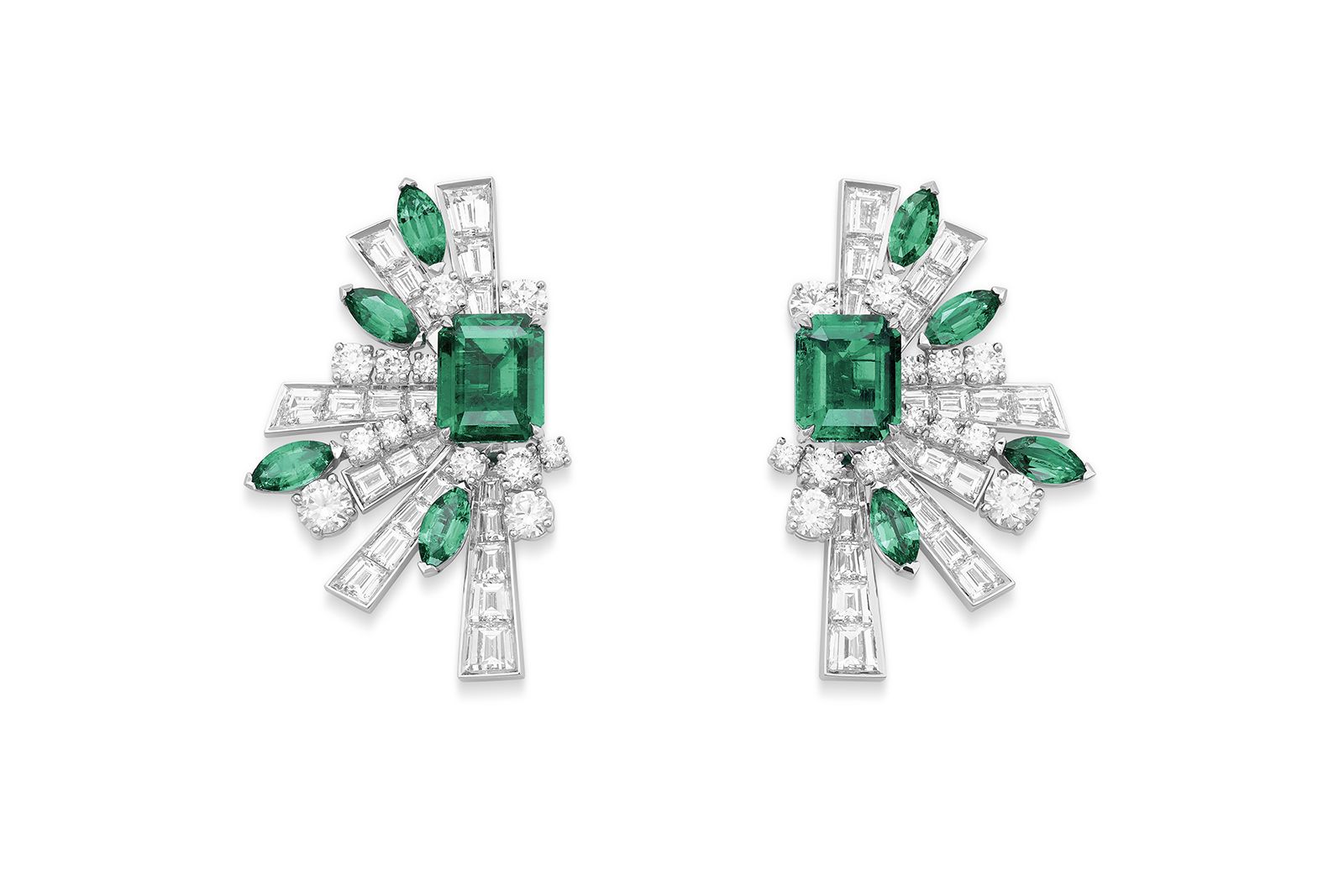 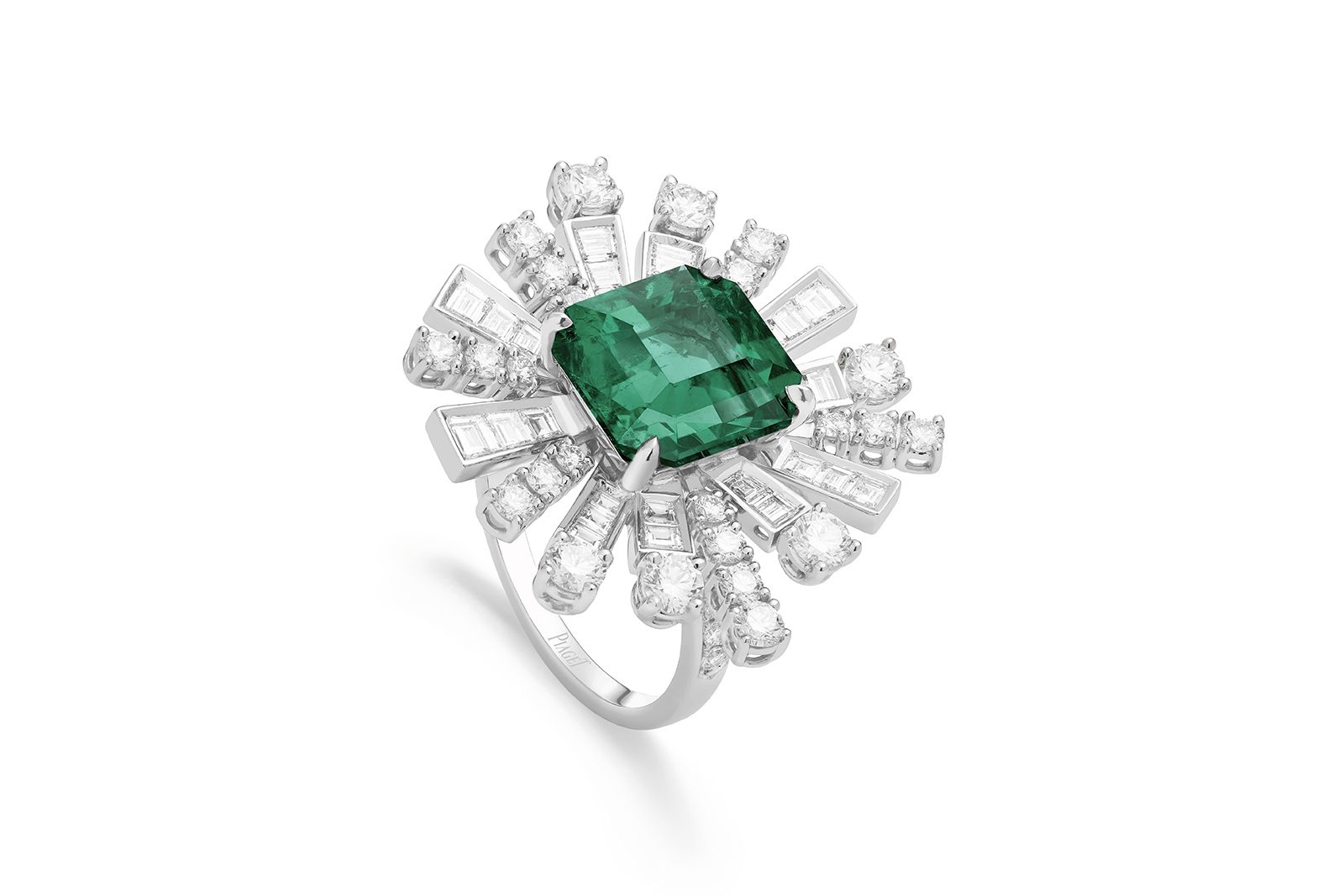 Those who adore the scarlet flicker of torches will be pleasantly surprised by the Blazing Night set, which consists of a necklace, a watch, earrings, cuff earrings and a ring made with pear-shaped rubies from Mozambique and Thailand. Rubies cut in this way are hard to come by because when creating a ‘scarlet drop’ the stonecutters risk removing too much precious material and therefore loosing significant carat weight in comparison to say, a cushion-cut, for example. Finding such a quantity of corundums, all the same shade of red and saturation, as well as the required carat weight, was not an easy task; it took two years, with Piaget’s gemmologists forced to combine stones from different mines. 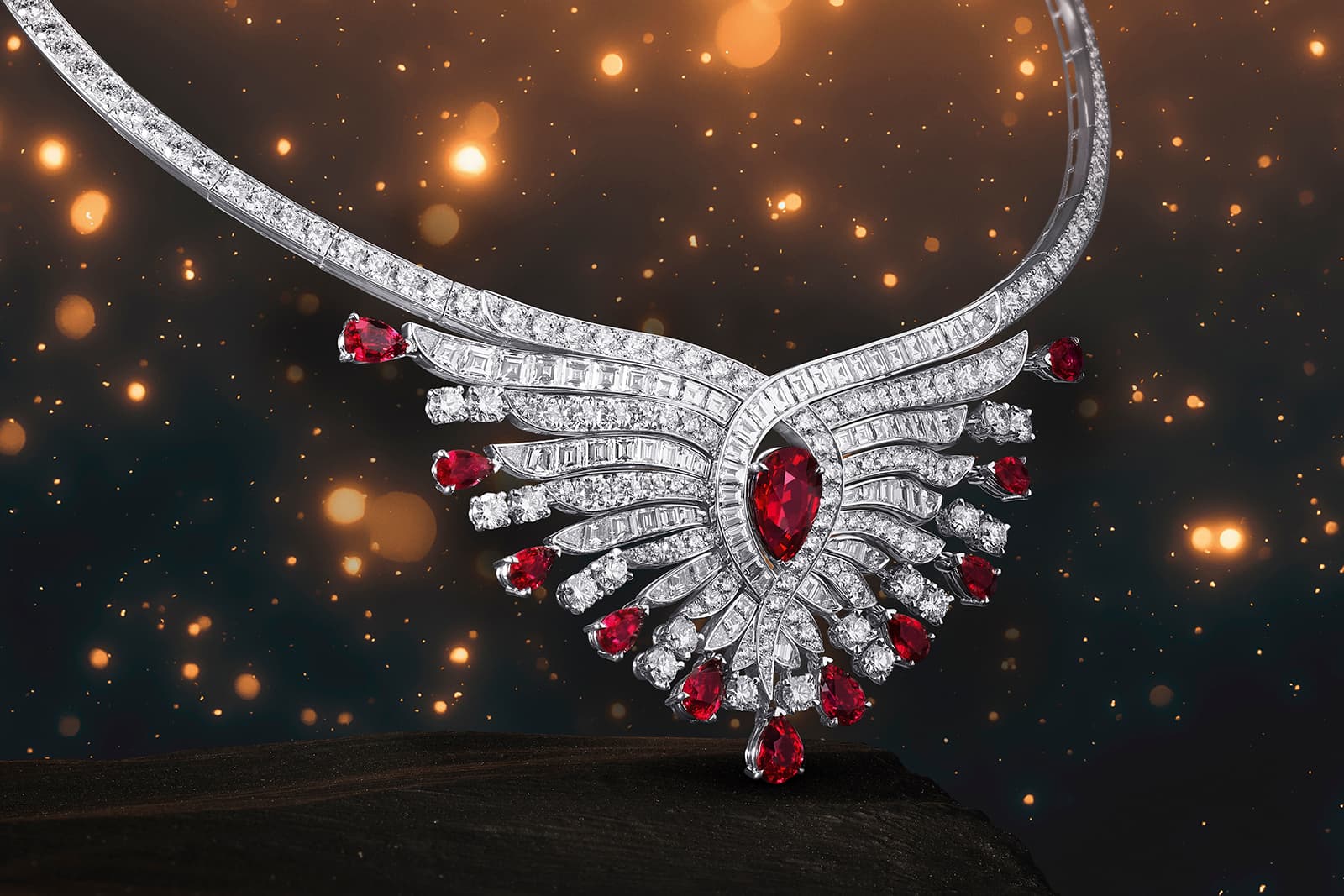 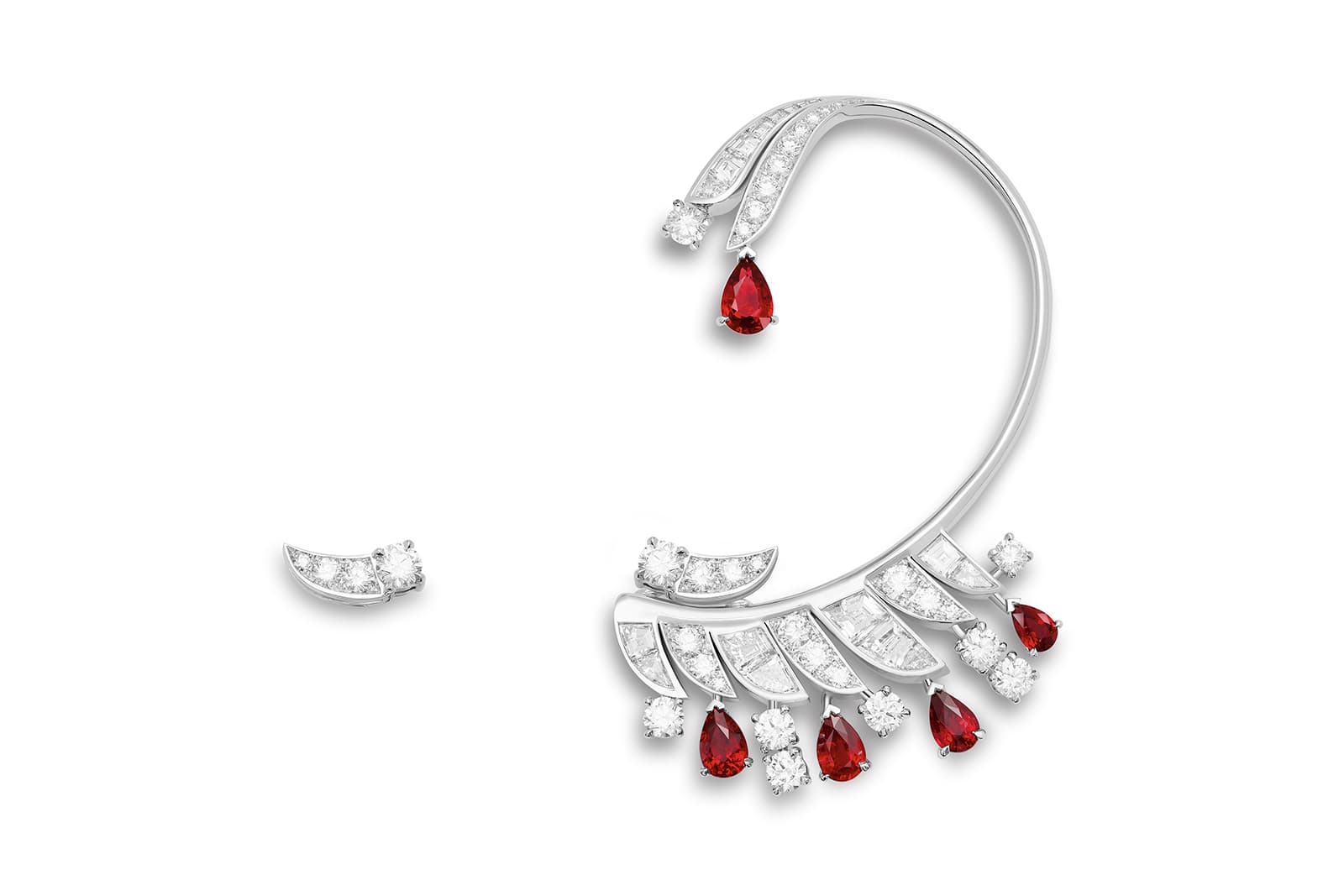 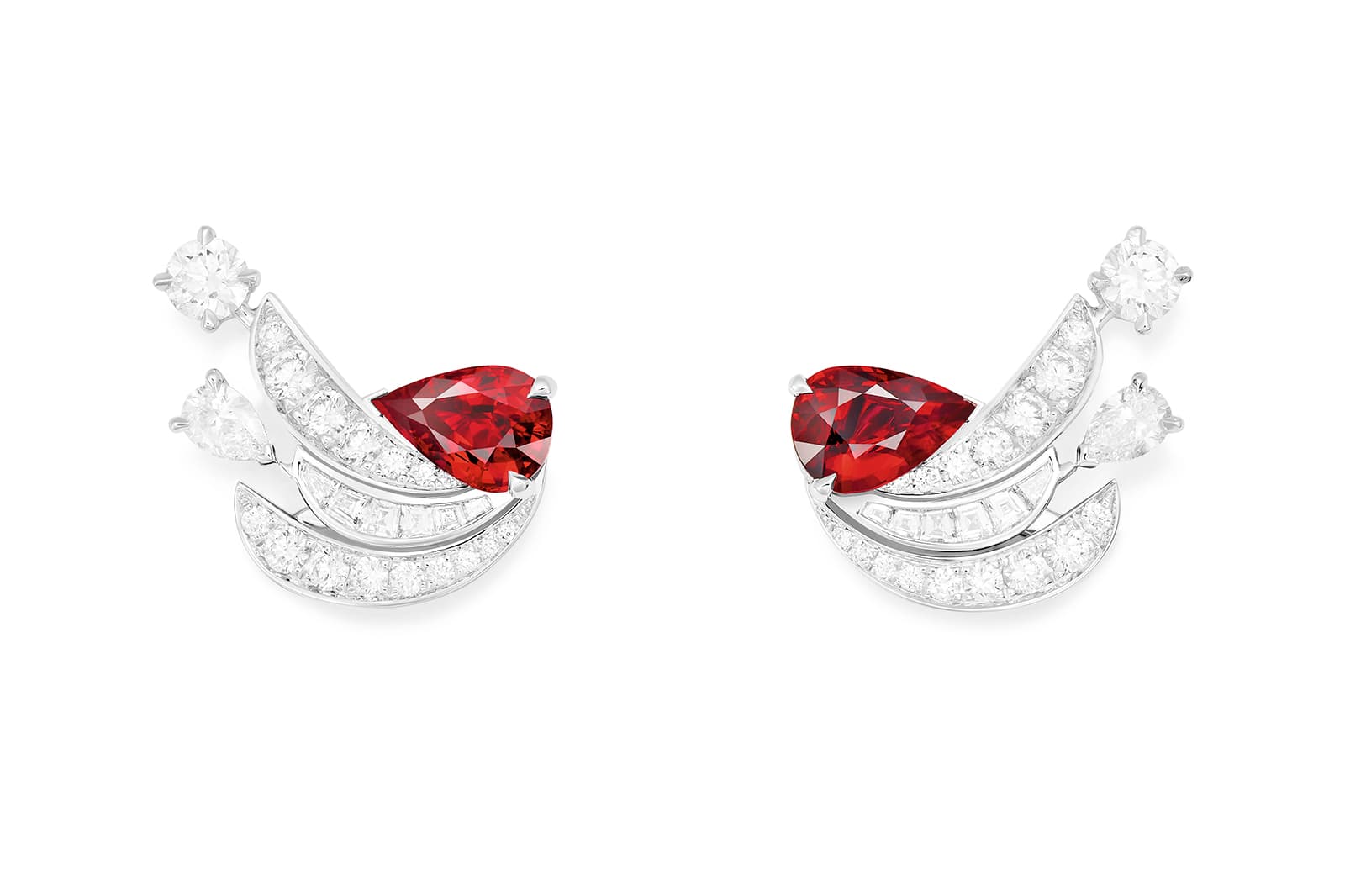 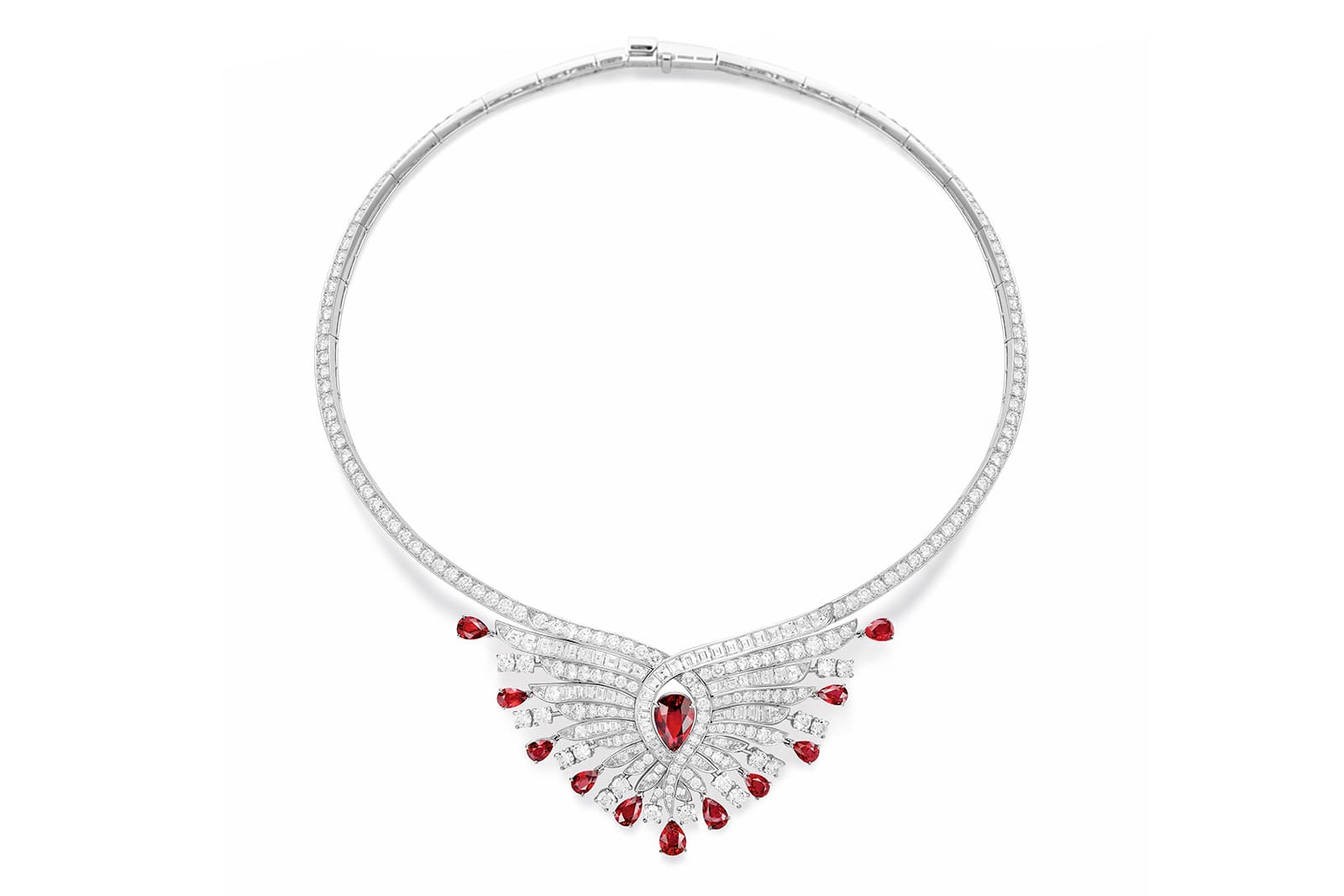 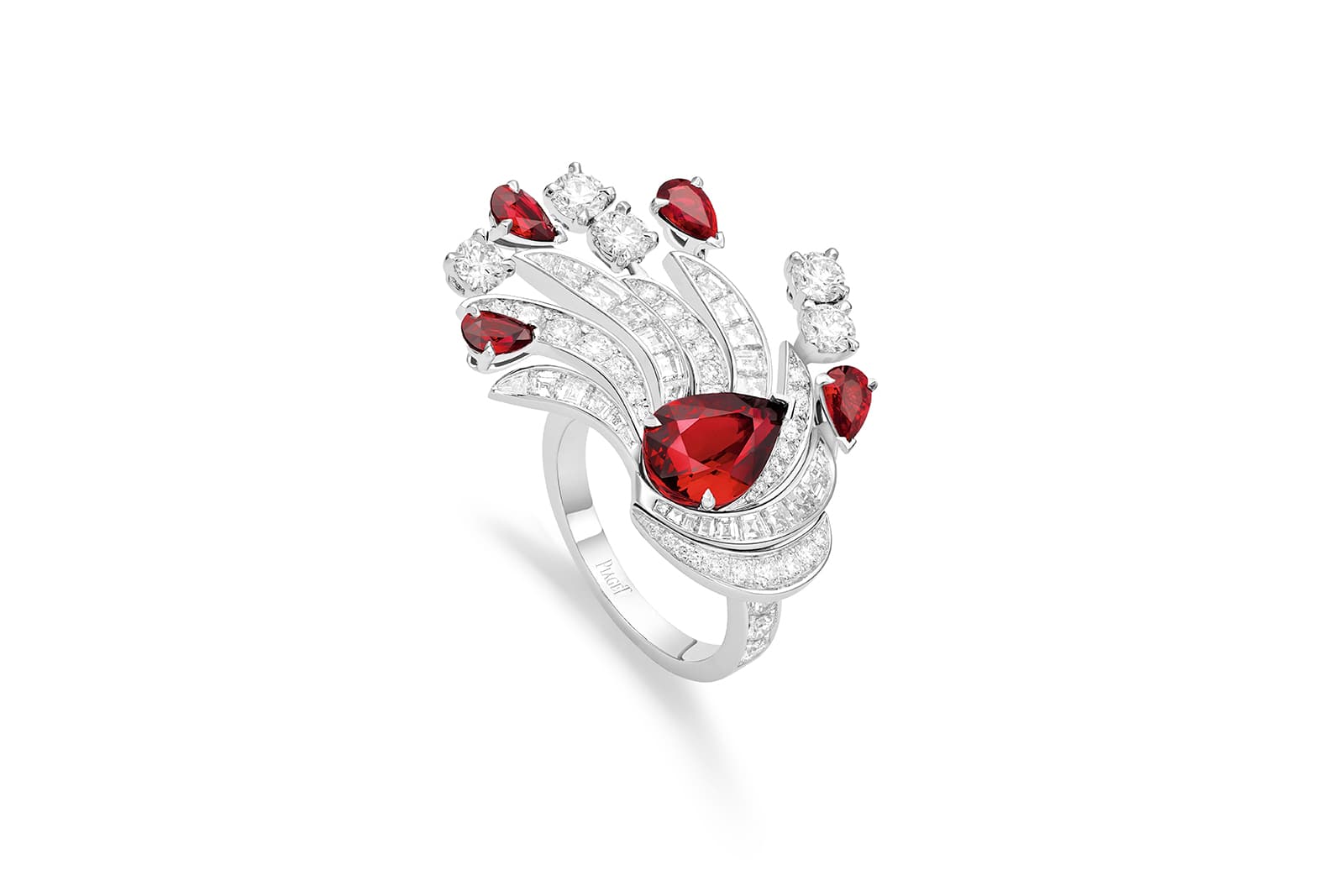 The second chapter of the Extraordinary Lights collection is dedicated to the most colourful heavenly performance, one that is staged by nature itself: aurora borealis (the northern lights). This section includes the Magical Aurora set, the design of which is founded on flashes of emerald-green reflected in countless facets of diamonds. The necklace is dominated by a unique 16.84 carat emerald from Colombia, square-shaped with emerald-cut corners. Thanks to its shape, it looks larger than other emeralds of a similar carat weight. Beryls are not as hard as, for example, sapphires, so Piaget’s jewellers had to sweat a lot while setting the stone. One wrong movement and their tools could have damaged the precious mineral. 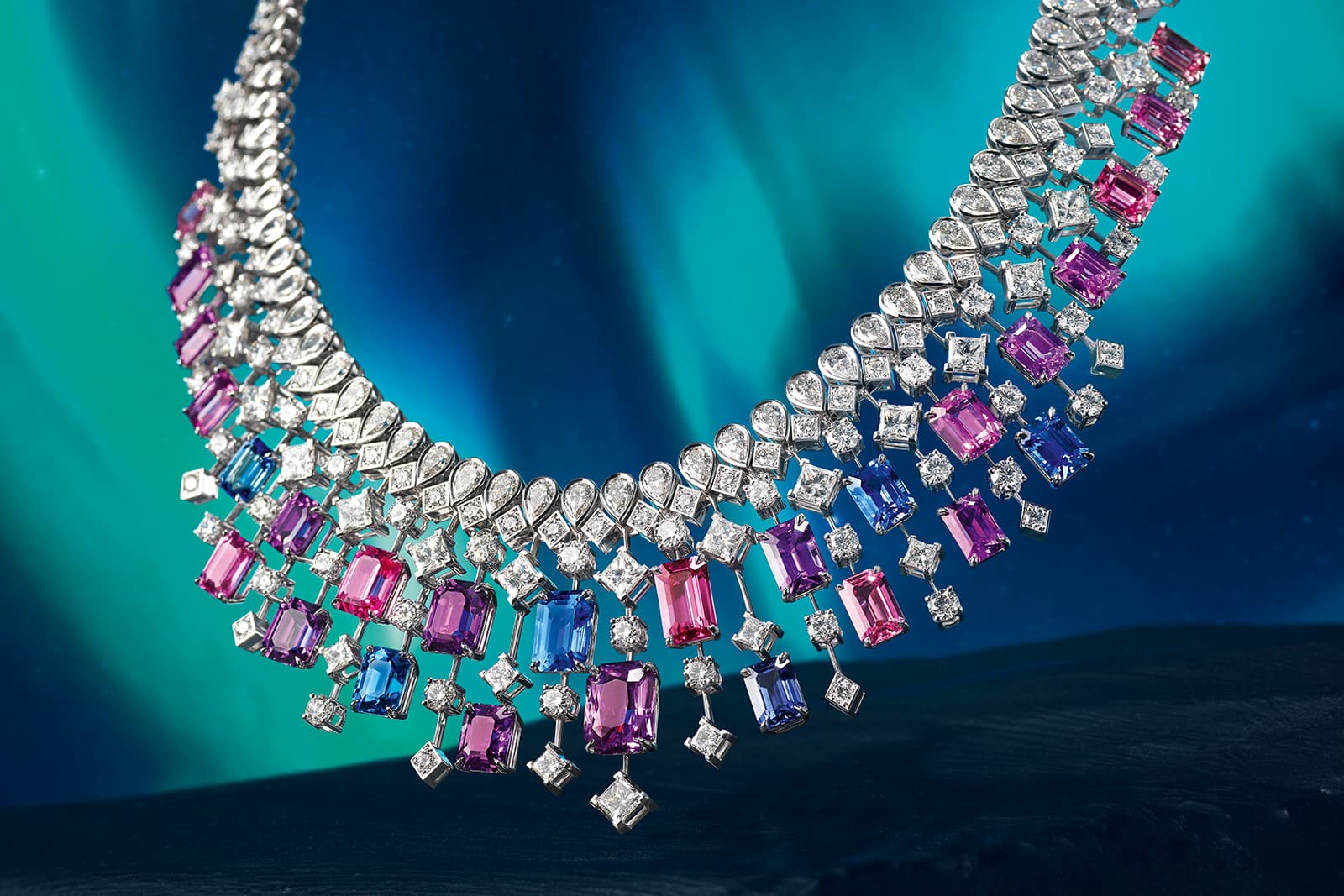 As you know, the northern lights are not static and continually change their colours, startling us with a depth and variety of different shades. Fortunately, nature is generous when it comes to all the possible colours of sapphires: a cascade of 27 pink, purple and blue stones run through the Gloaming Illuminations necklace, casting its sparks across the ears (the set includes long earrings) and on the fingers (the set is rounded out with a ring made with a pink sapphire weighing 6.53 carats). The brand’s gemmologists purchased the sapphires because of their rare beauty but they had no idea what they were going to be used to create. Collecting precious minerals ‘in reserve’ is a fairly common practice in high jewellery because you never know when the right design will come along for them. 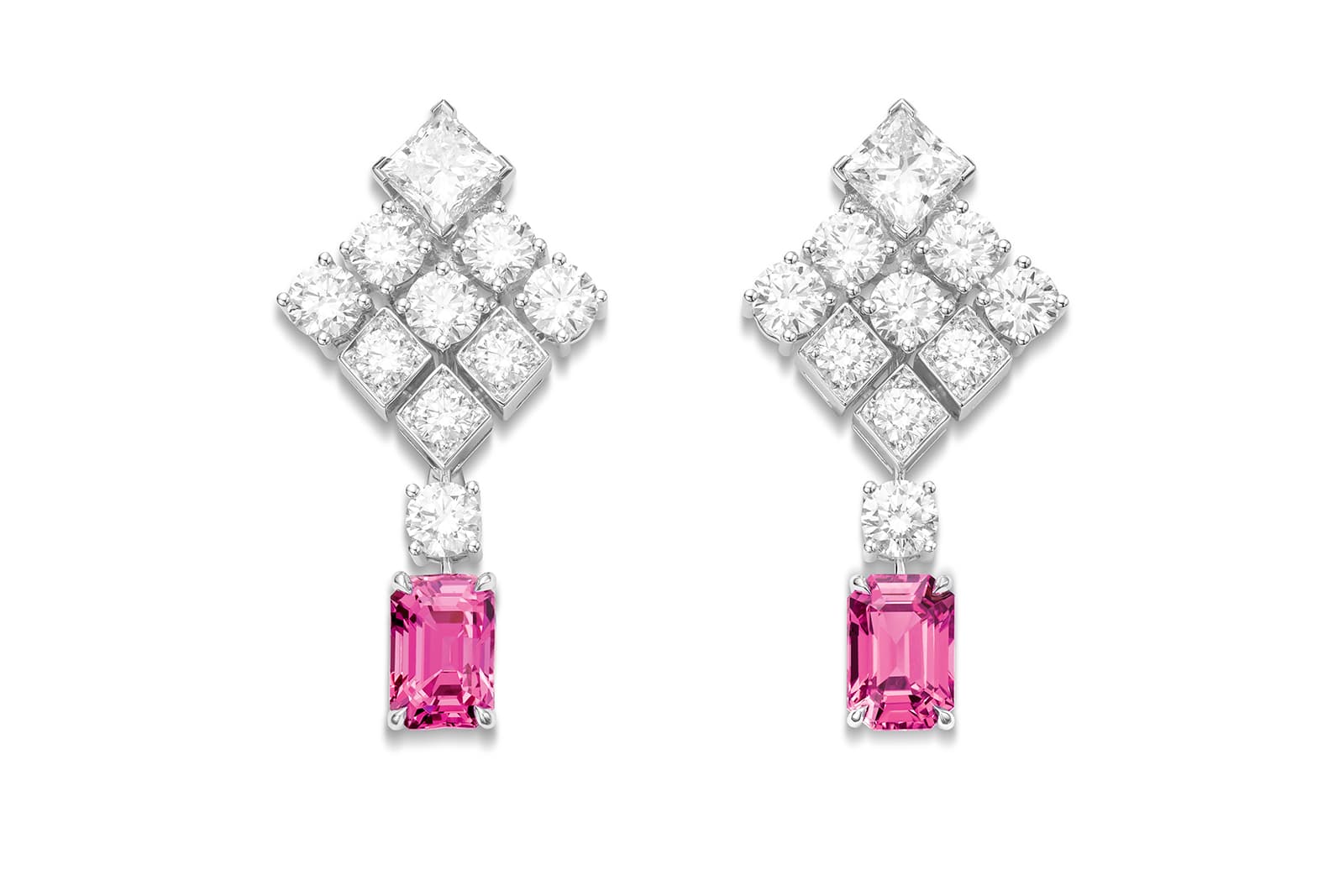 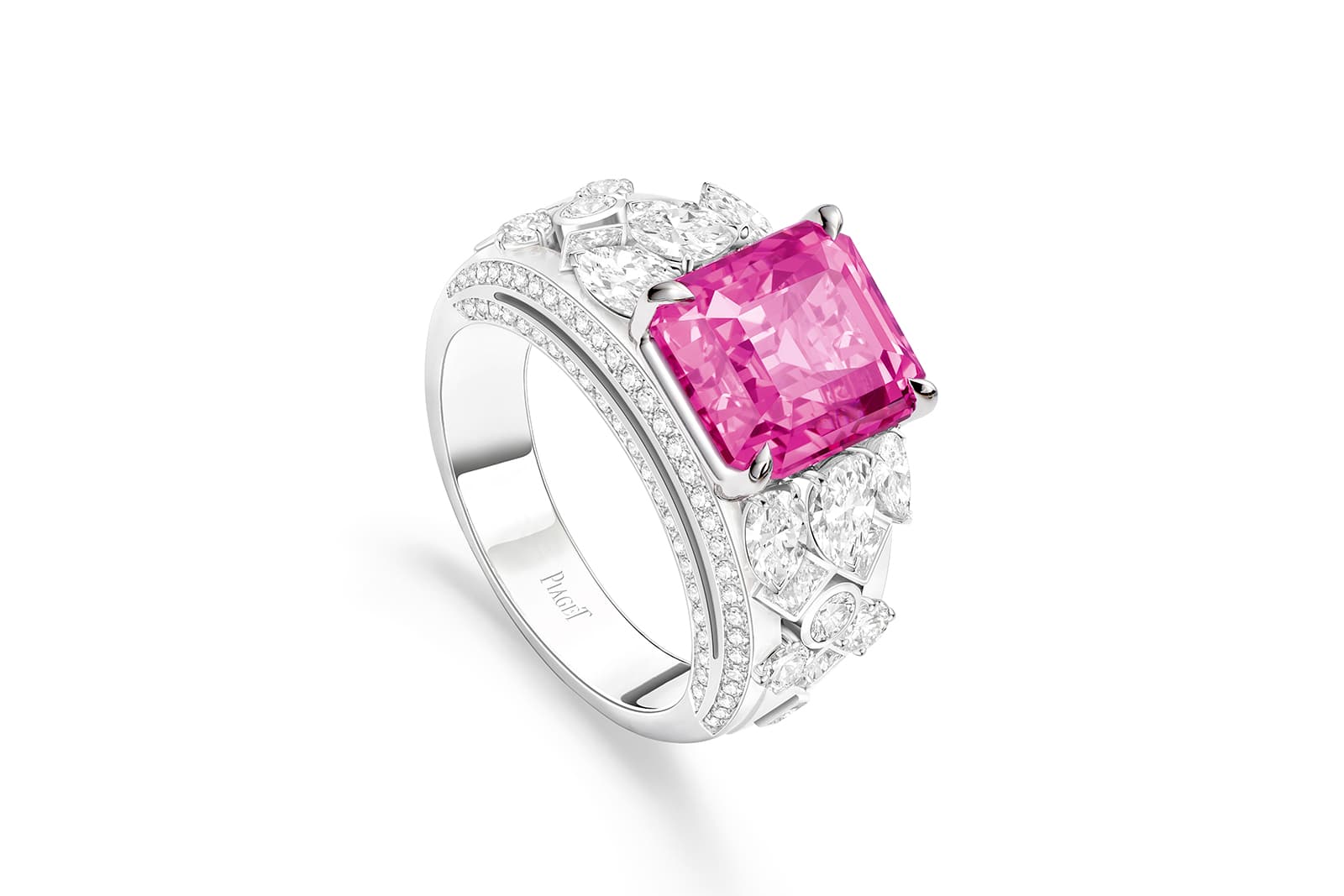 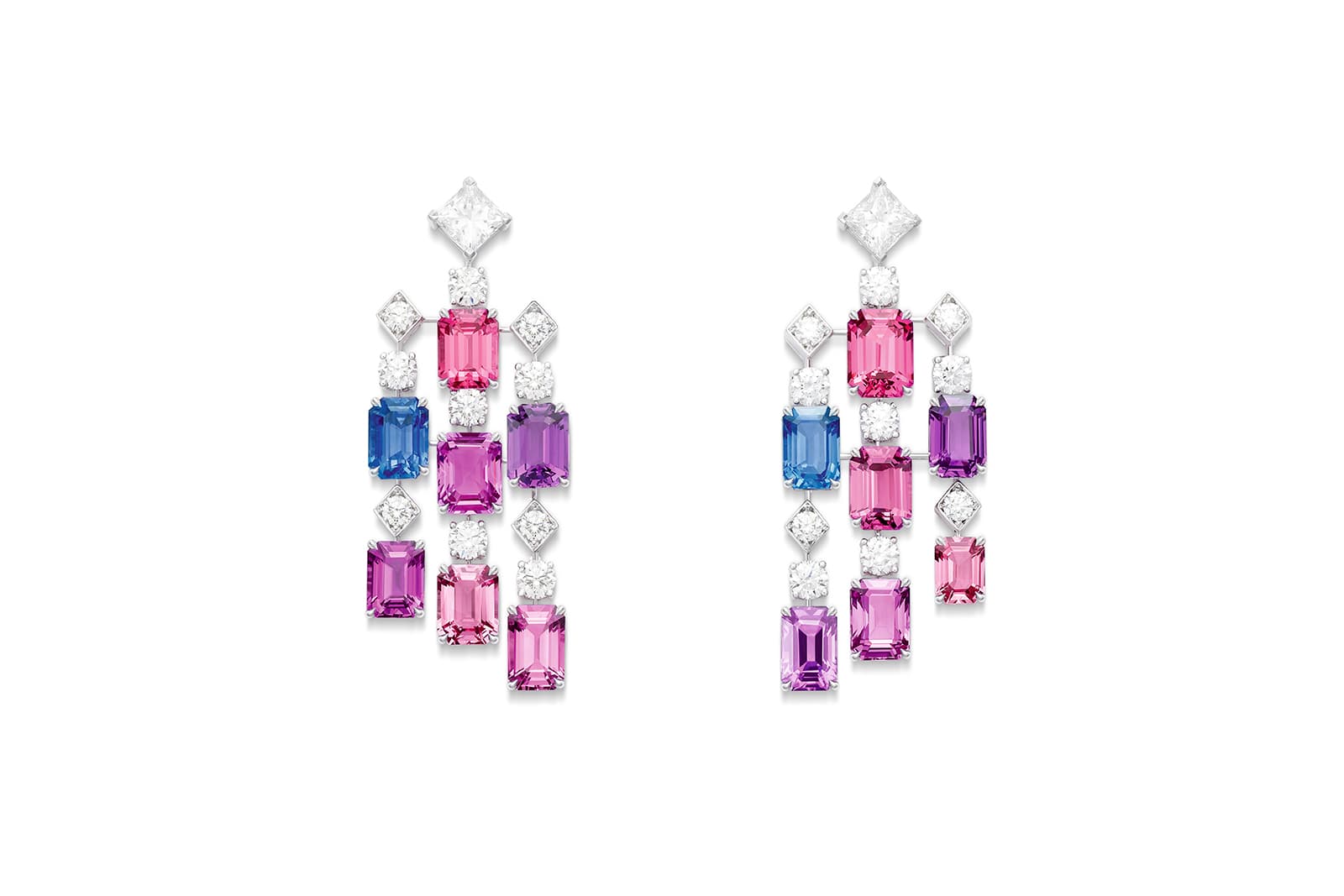 Those who love sunrises and sunsets should take a look at the Extraordinary Lights necklace, which Piaget chose to be the collection’s central piece. In combination with a pair of complementary earrings, a ring and a watch, it embodies the concept of the third chapter: the flow of day into night and night into day. If you can believe it, this necklace can be worn in nine different ways! The easiest way is to switch it around and wear the piece on either the ‘night’ or ‘day’ side. In the former case, the neckline is adorned with an 8.88 carat yellow diamond, and in the latter, a 3.61 carat scarlet spinel from Tanzania. 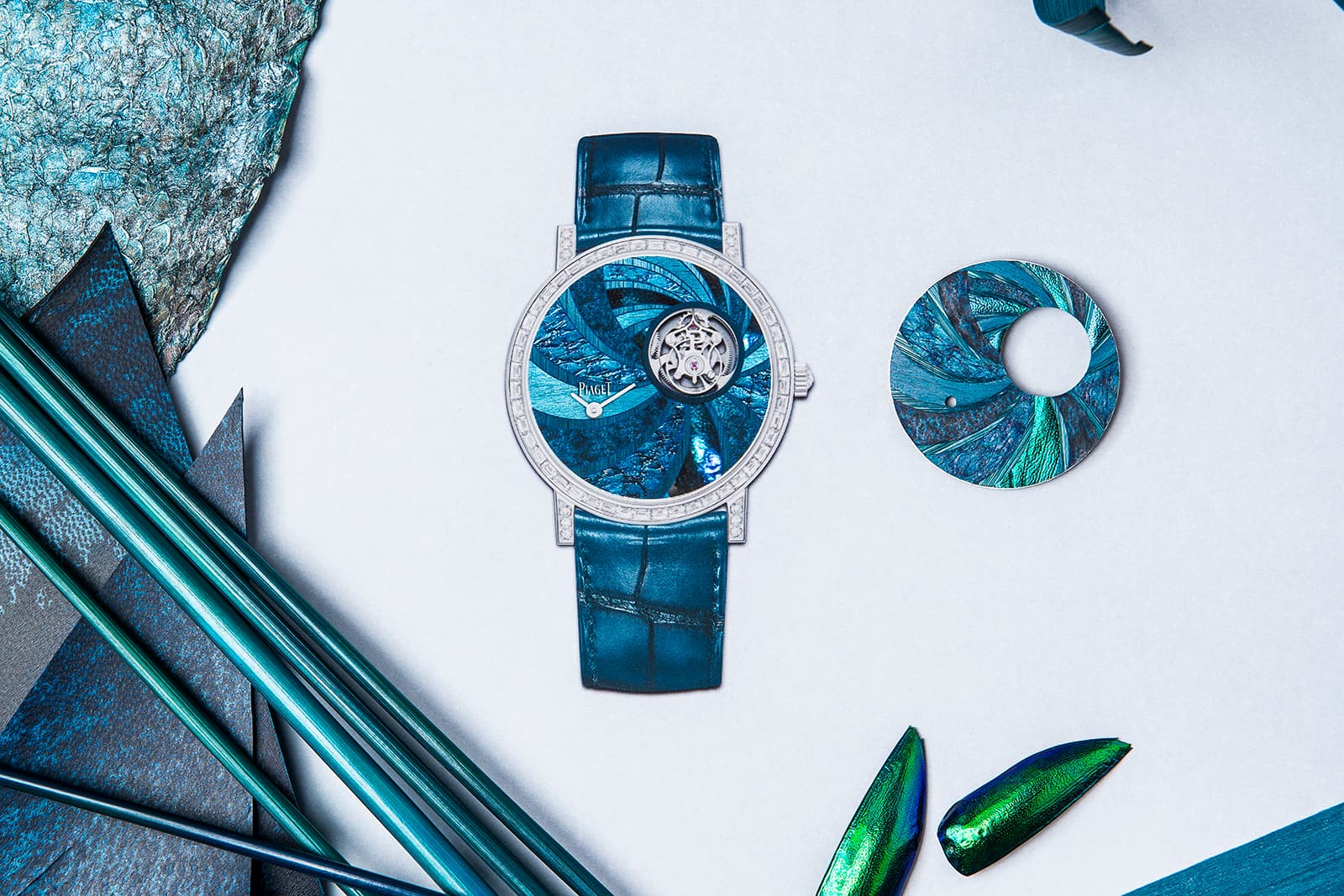 To make it easier for you to gauge the standard of the gemstones used, I will give you one example. The ring in this set is topped with a 5.54 carat cushion cut fancy vivid yellow diamond, the highest colour rating awarded to only 6% of yellow diamonds. It took the gemmologists at Piaget two years to find stones of comparable quality for the earrings and necklace! 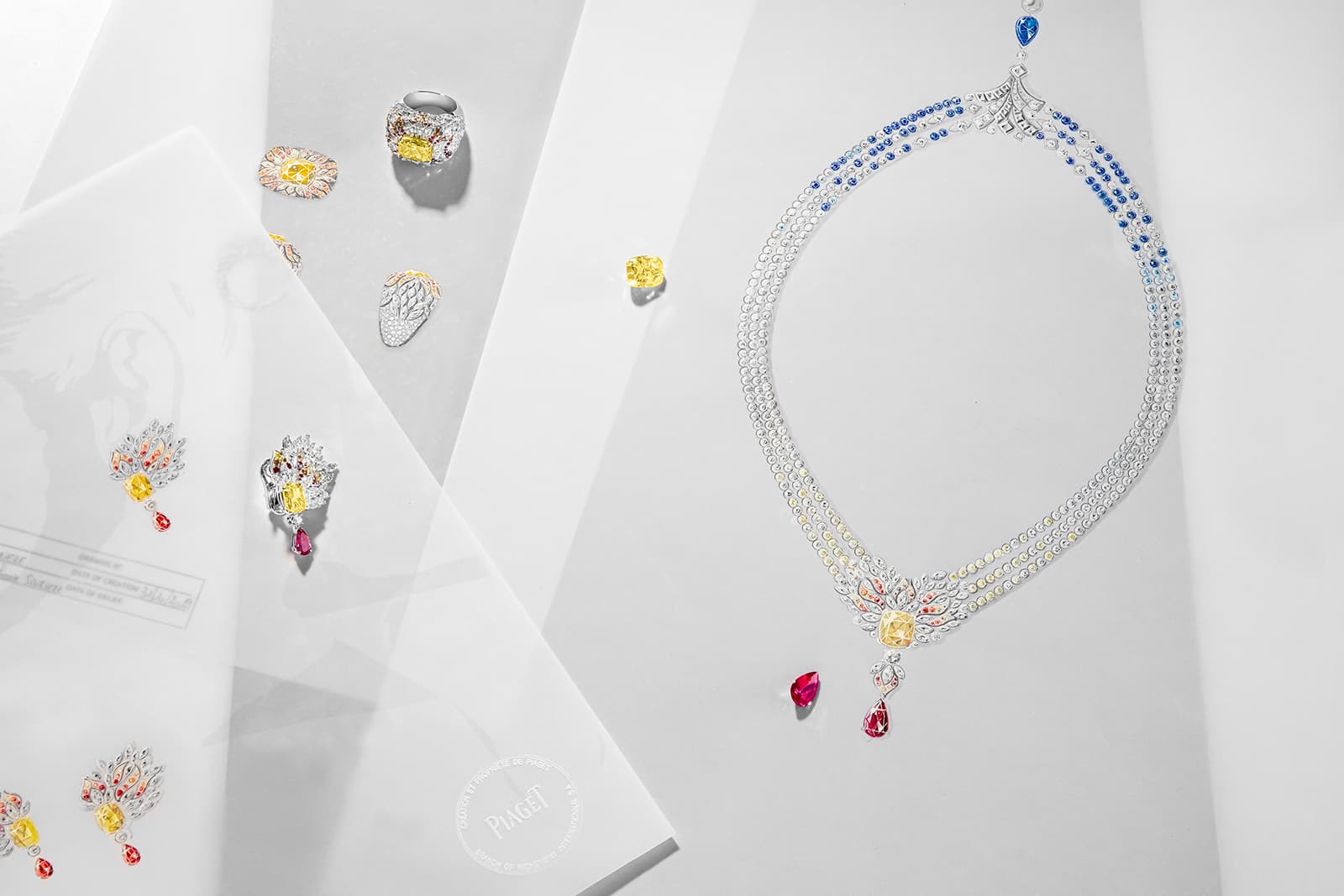 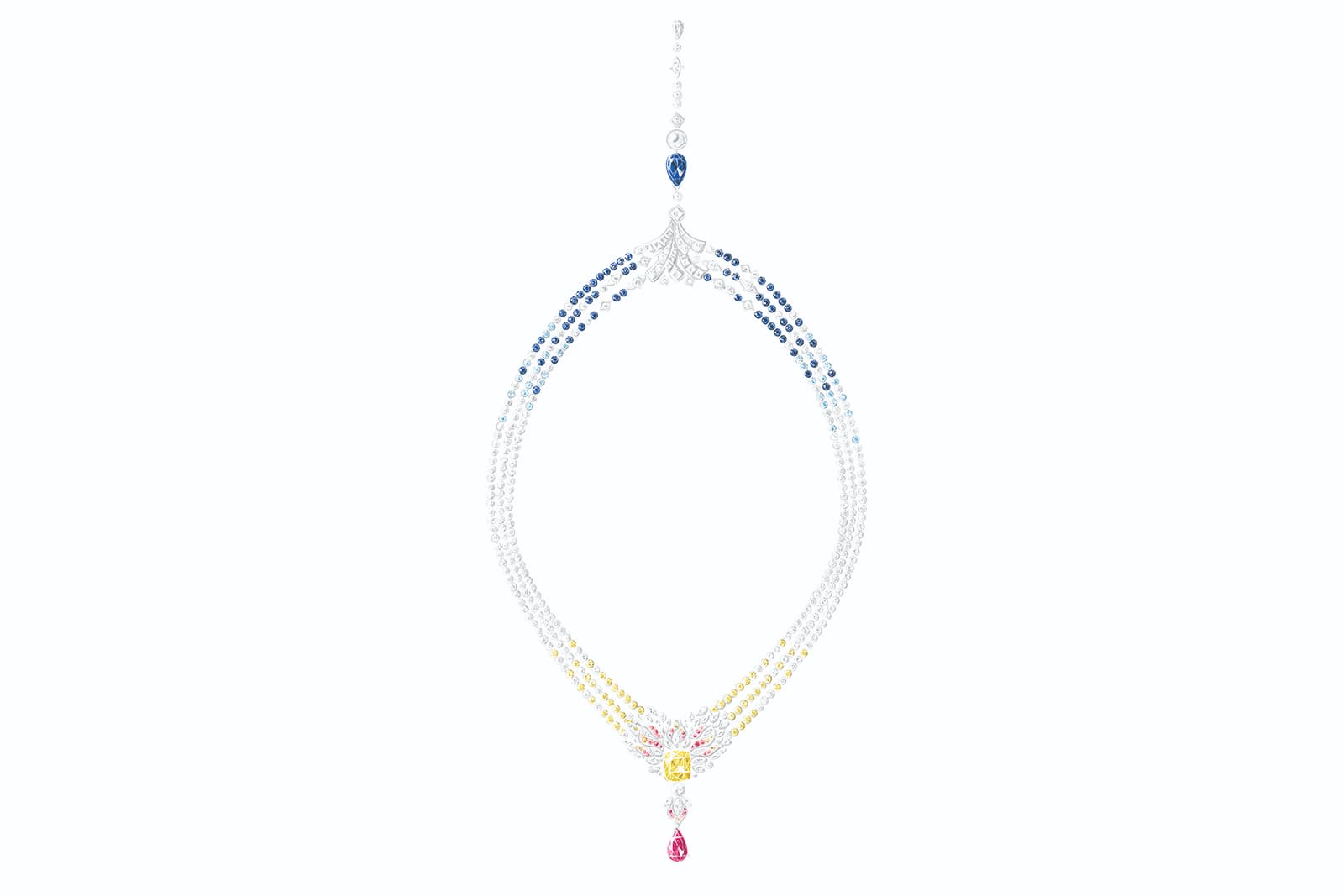 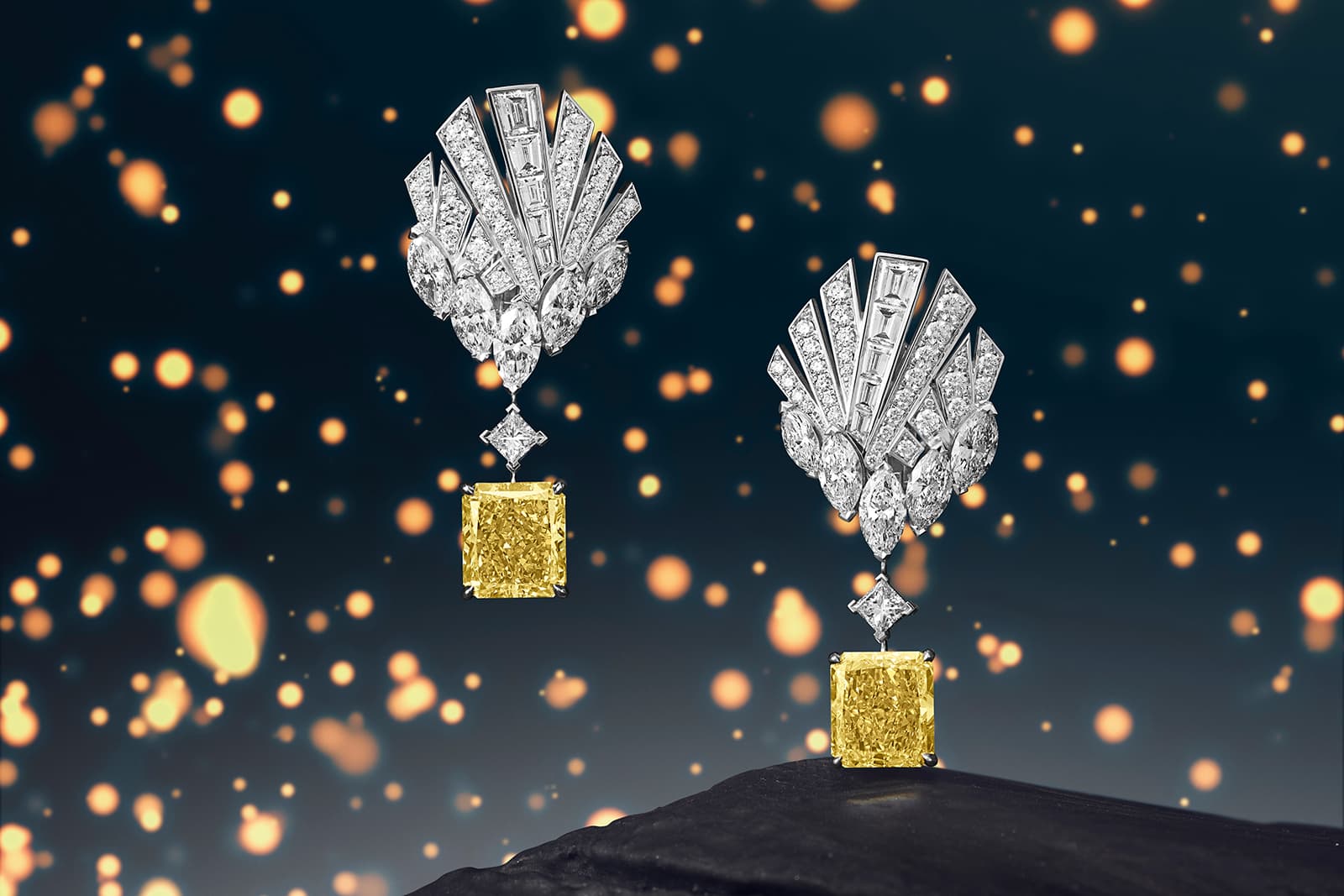 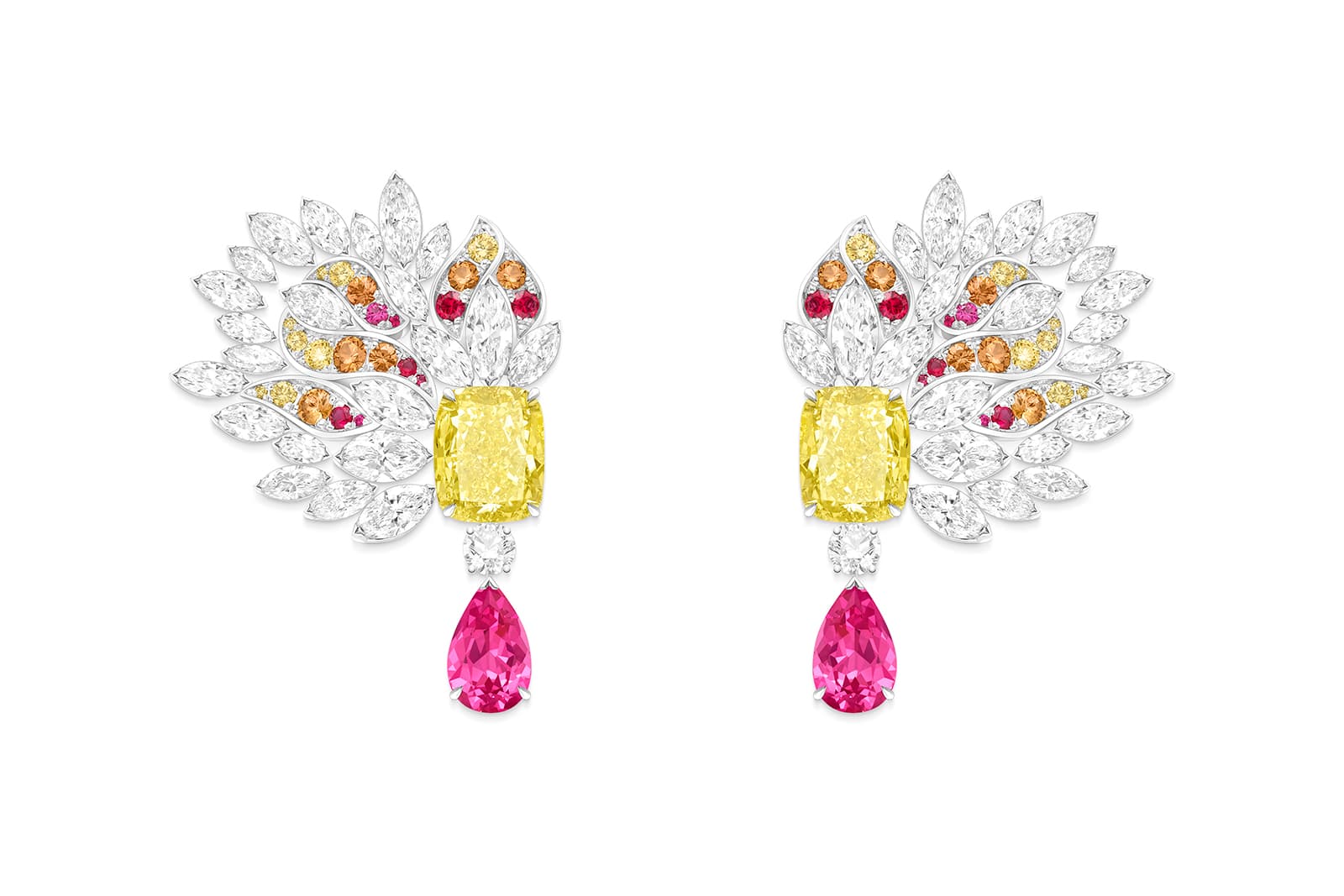 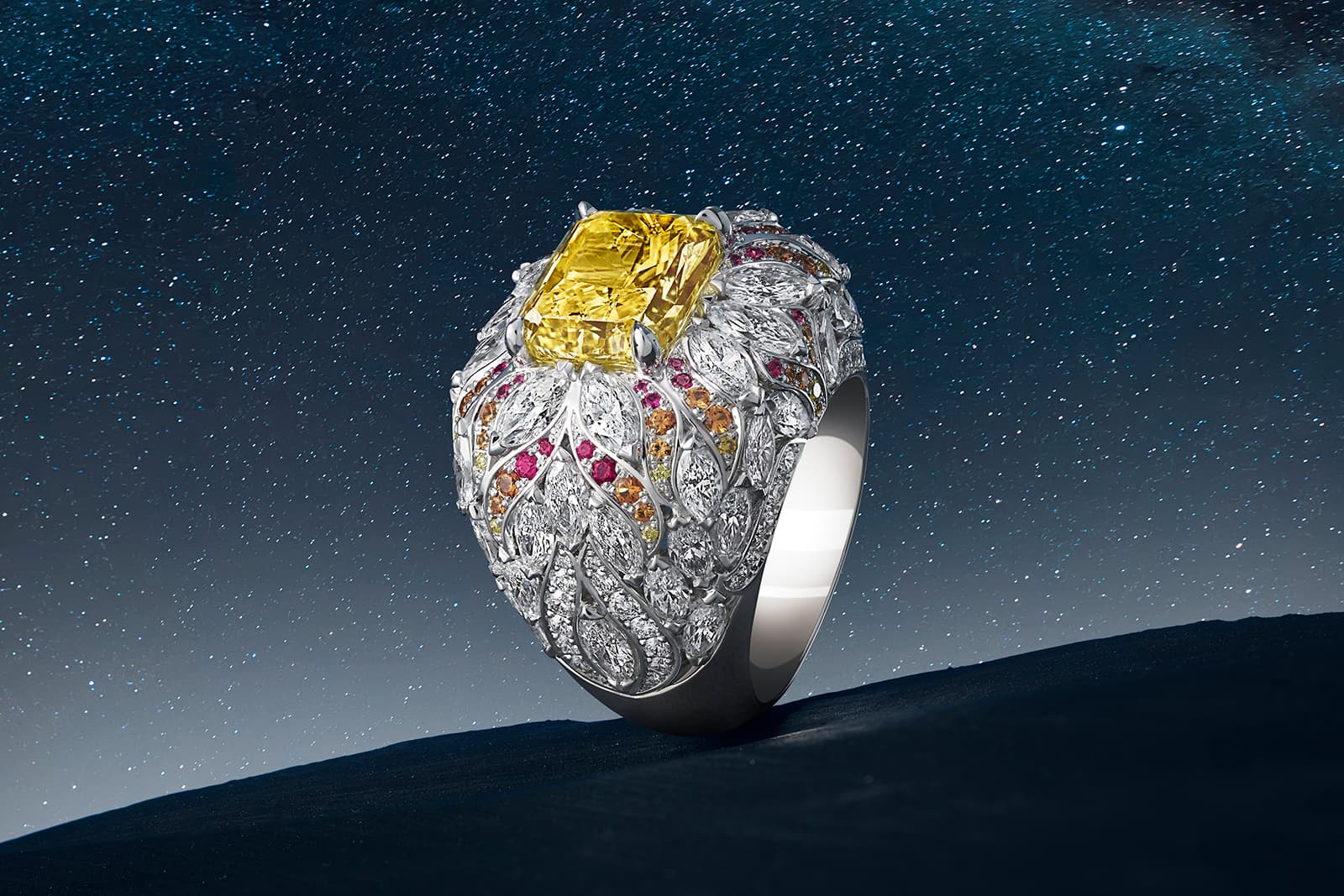 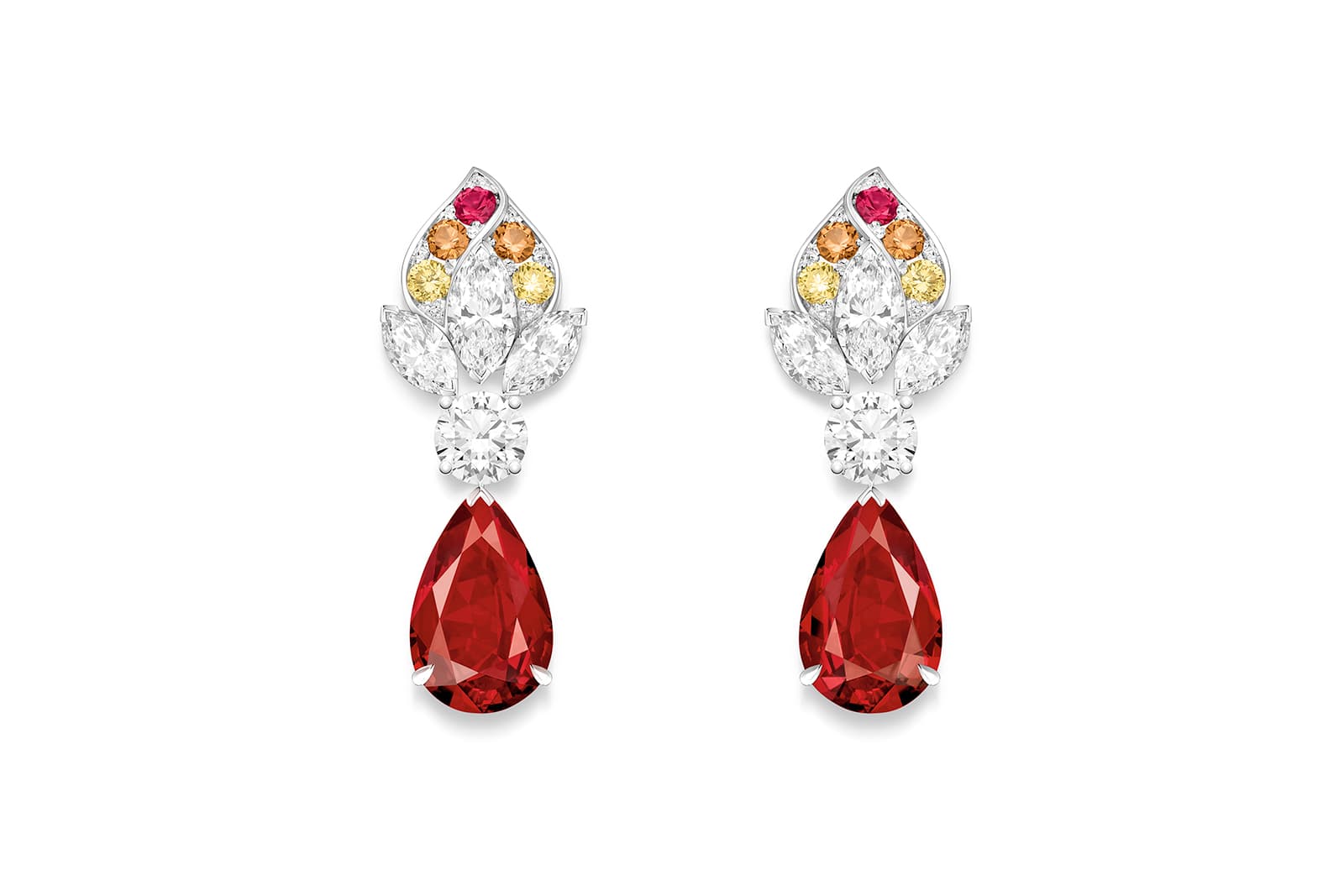 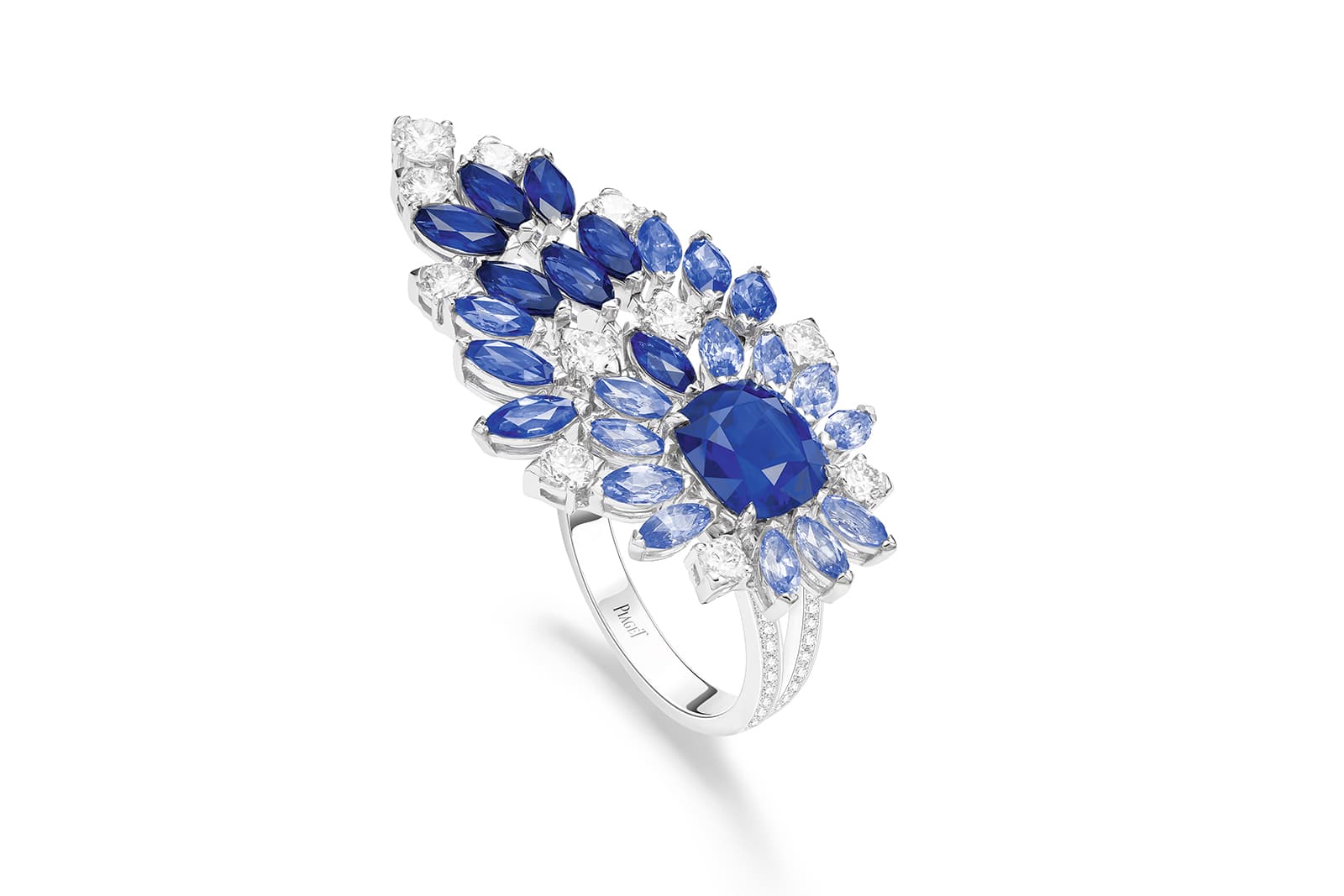 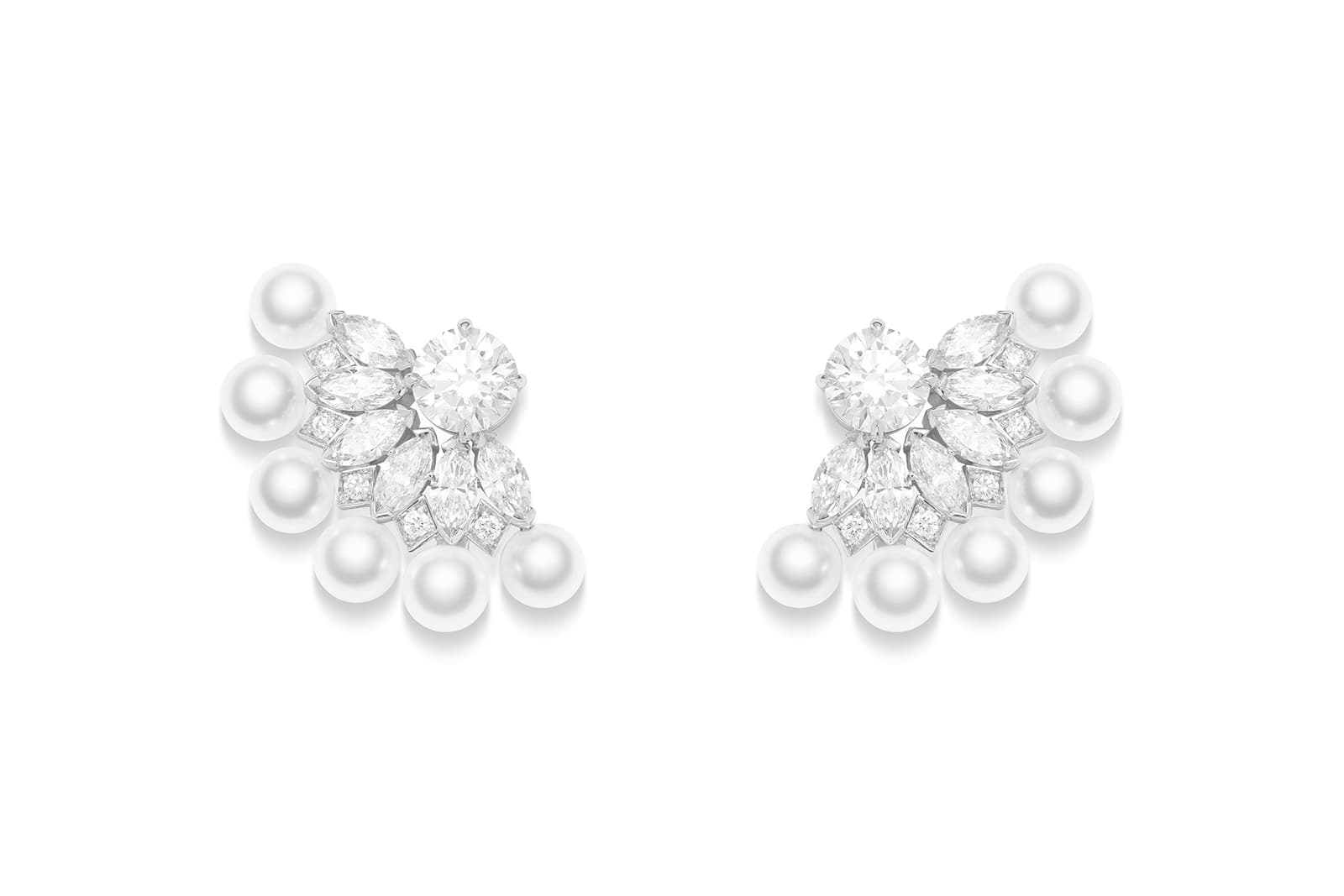 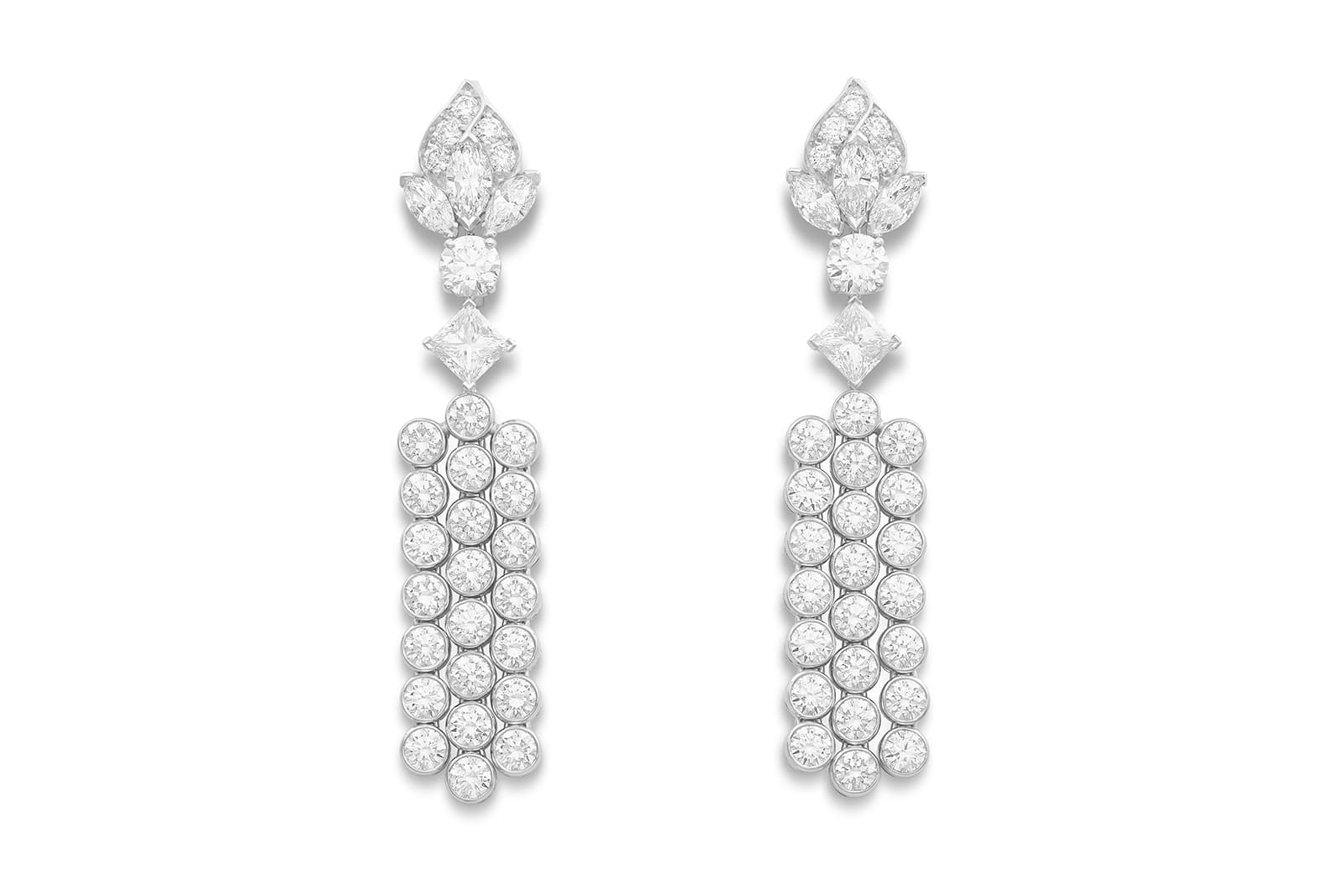 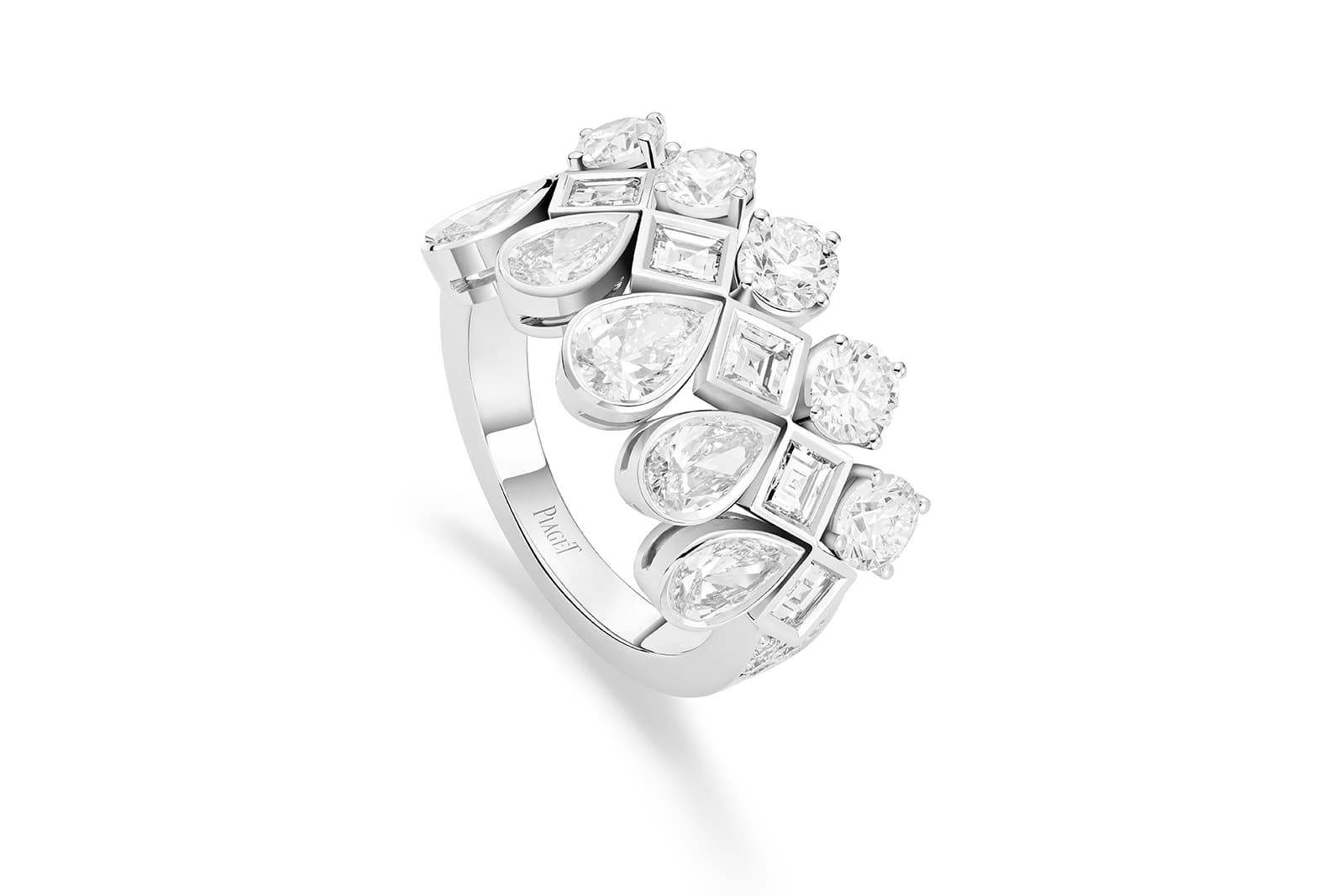 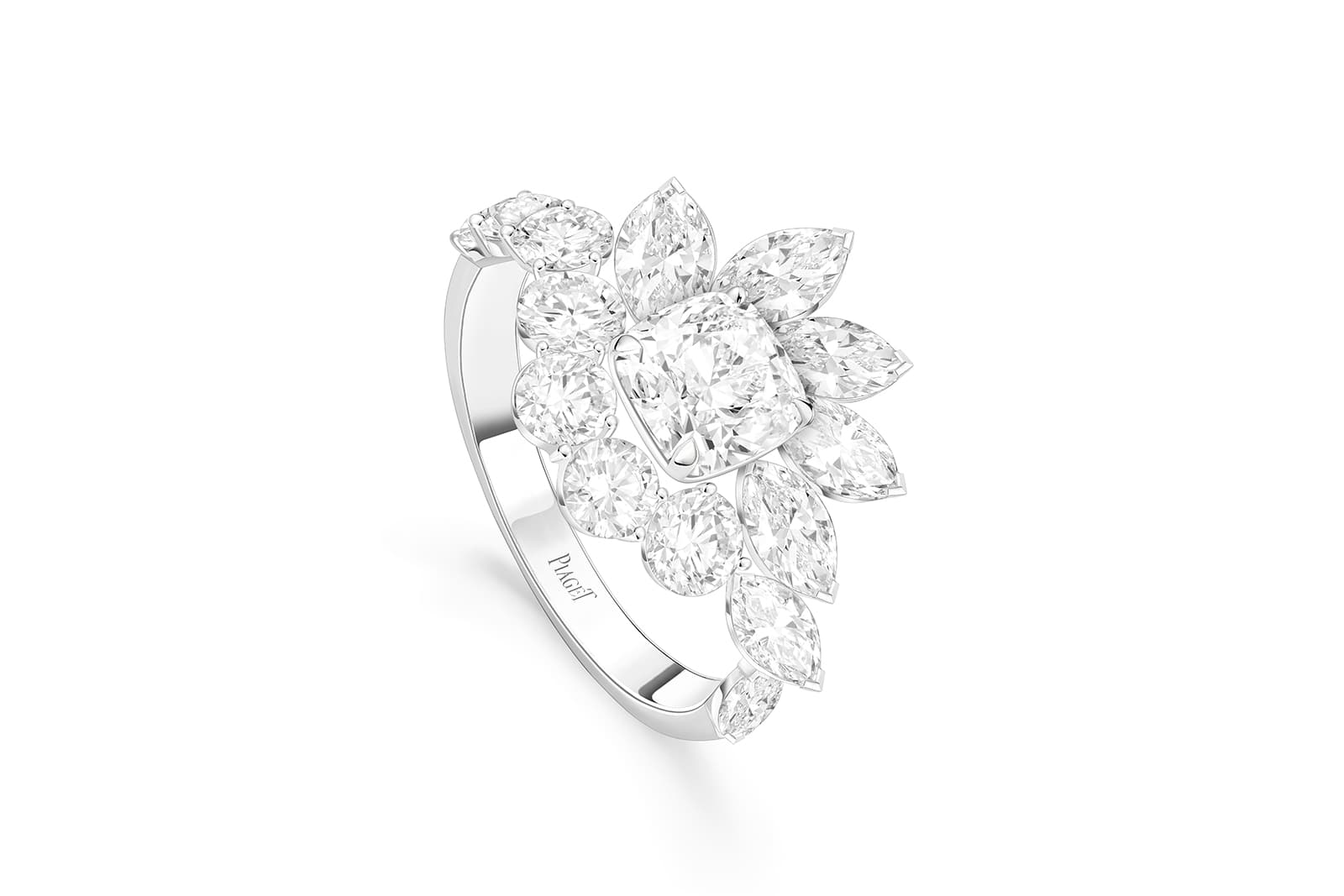 Honestly speaking, when the theme of this new collection was first announced, my imagination painted pictures in dark colours, which would have been a little incomprehensible given that the collection was due to be released in the summer. But the realisation of this idea turned out to be a pleasant surprise! The designers experimented not only with different compositions of cut stones, but also paid close attention to the ensemble of elements around large gems. The result is starburst-like shards of light, colour and brilliance that contribute towards fascinating designs. Bravo Piaget!