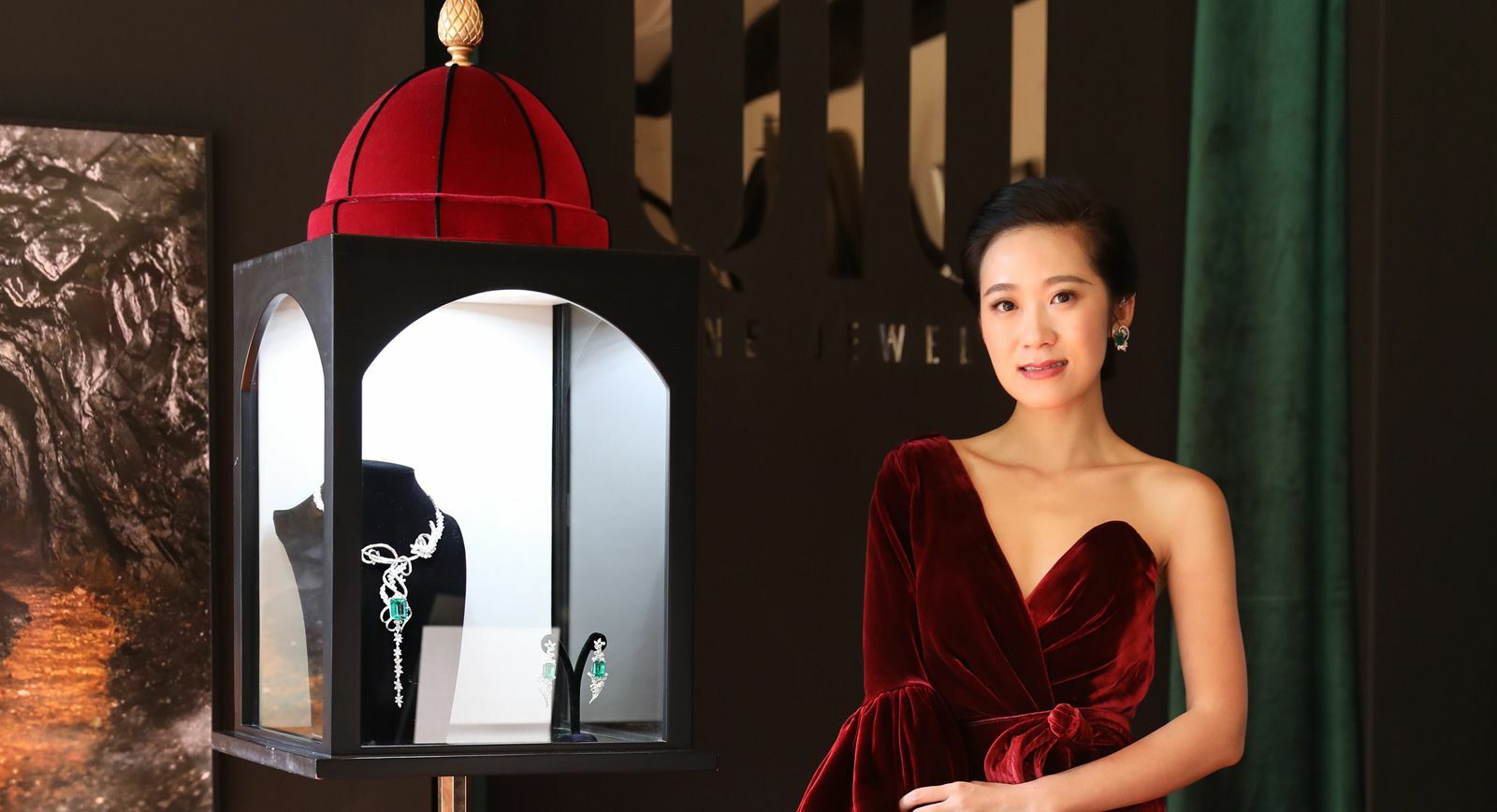 The jewellery collection of earrings, rings, necklaces and cufflinks was named in honour of the town whose architecture triggered its creation. Chaoqiu mined the grandiose buildings of her native Shanghai - built during the colonial period in an art deco style - for inspiration. For the first 30 years of the 20th century, the city’s architecture was predominantly influenced by British and American design. It was at this time that pre-eminent examples of European architecture appeared, such as the Shanghai Club, the Asia Building, and the Hong Kong and Shanghai Banking Corporation building. This gave the metropolis the chance to acquire a distinct style, strongly distinguishing it from every other city in China. 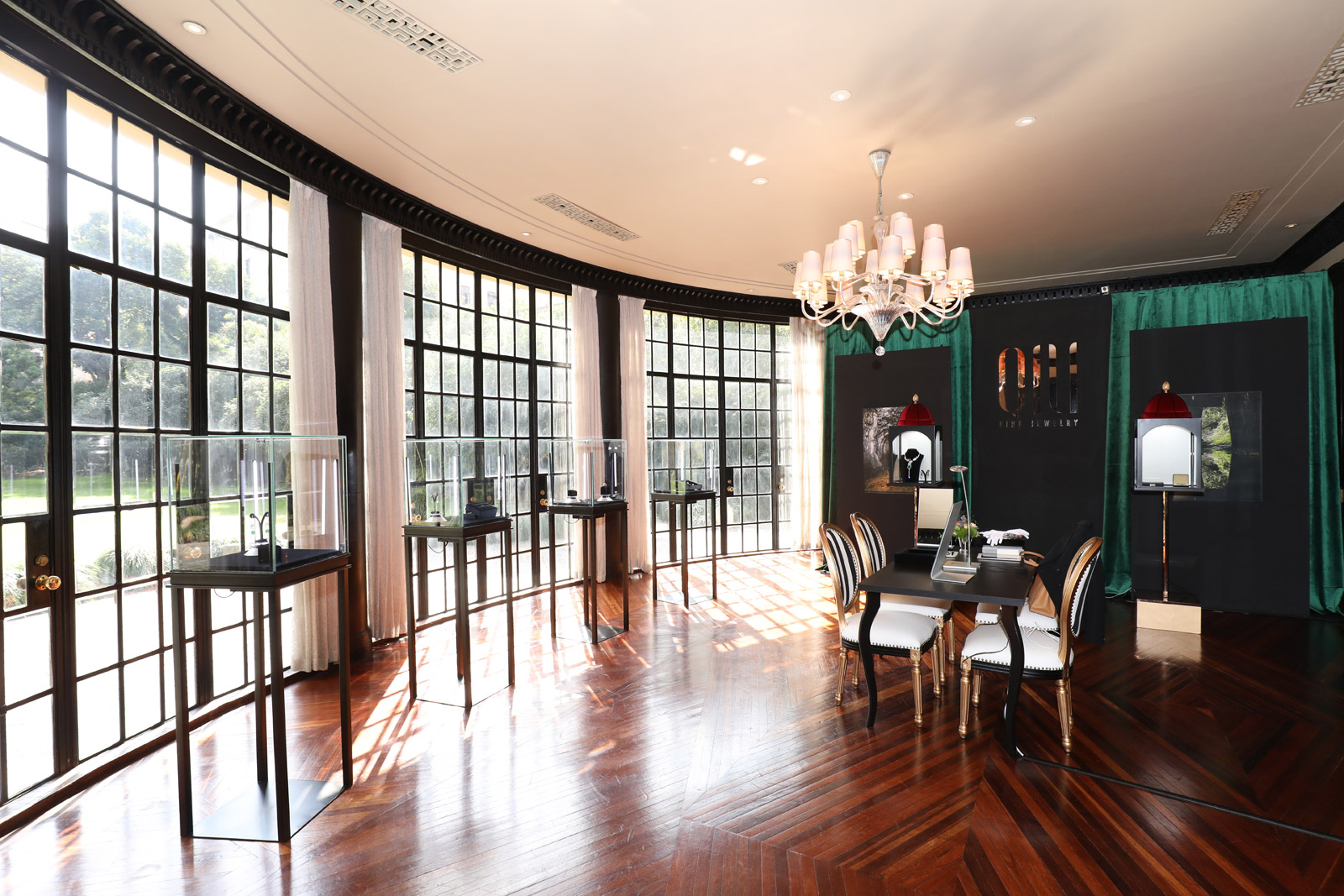 For the presentation of her collection, Chaoqiu chose Fu 1015, an old manor house in the very heart of Shanghai which once belonged to an influential Chinese financier. It is now owned by an haute cuisine restaurant group and has two Michelin stars. “I looked at seven different options and eventually chose this location because of its charm. This old house was built in the 1920s and features stunning art deco architecture, so as soon as I walked into the room, I knew it was the right place to hold the presentation,” explains Chaoqiu. 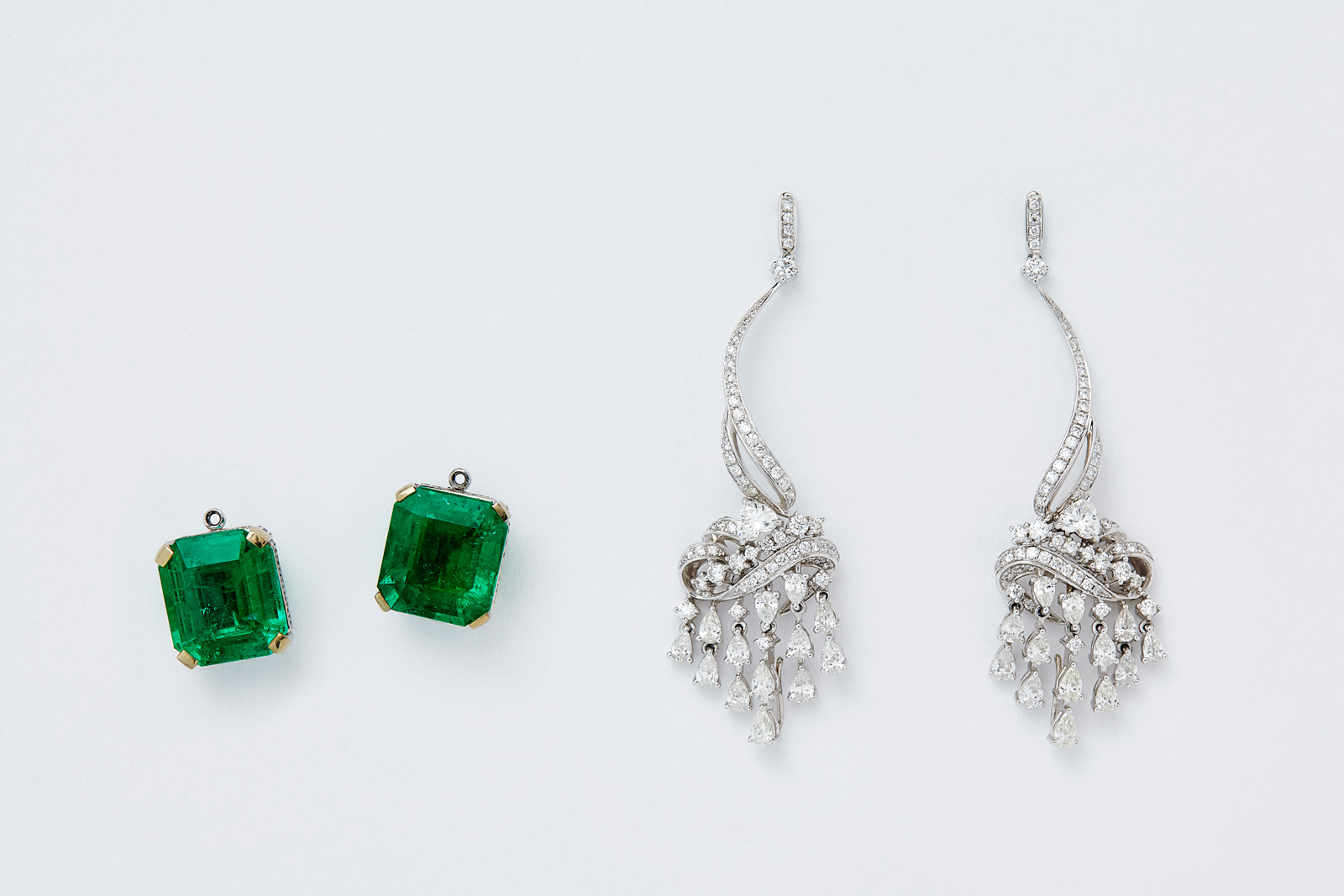 Over the course of three days, the designer welcomed guests into this historic building with its relatively modern architecture and fine dining. To complement the presentation, Chaoqiu arranged a series of private dinners to give her guests the chance to try Fu 1015’s delicious menu. The Shanghai/Shanghai 2017 collection was displayed in a separate room with floor-to-ceiling windows through which the sun’s rays shone and highlighted the beauty of the jewellery, making the emeralds and diamonds to intensely sparkle. In Chaoqiu’s opinion, “this place truly had a synergy with the high jewellery collection”. 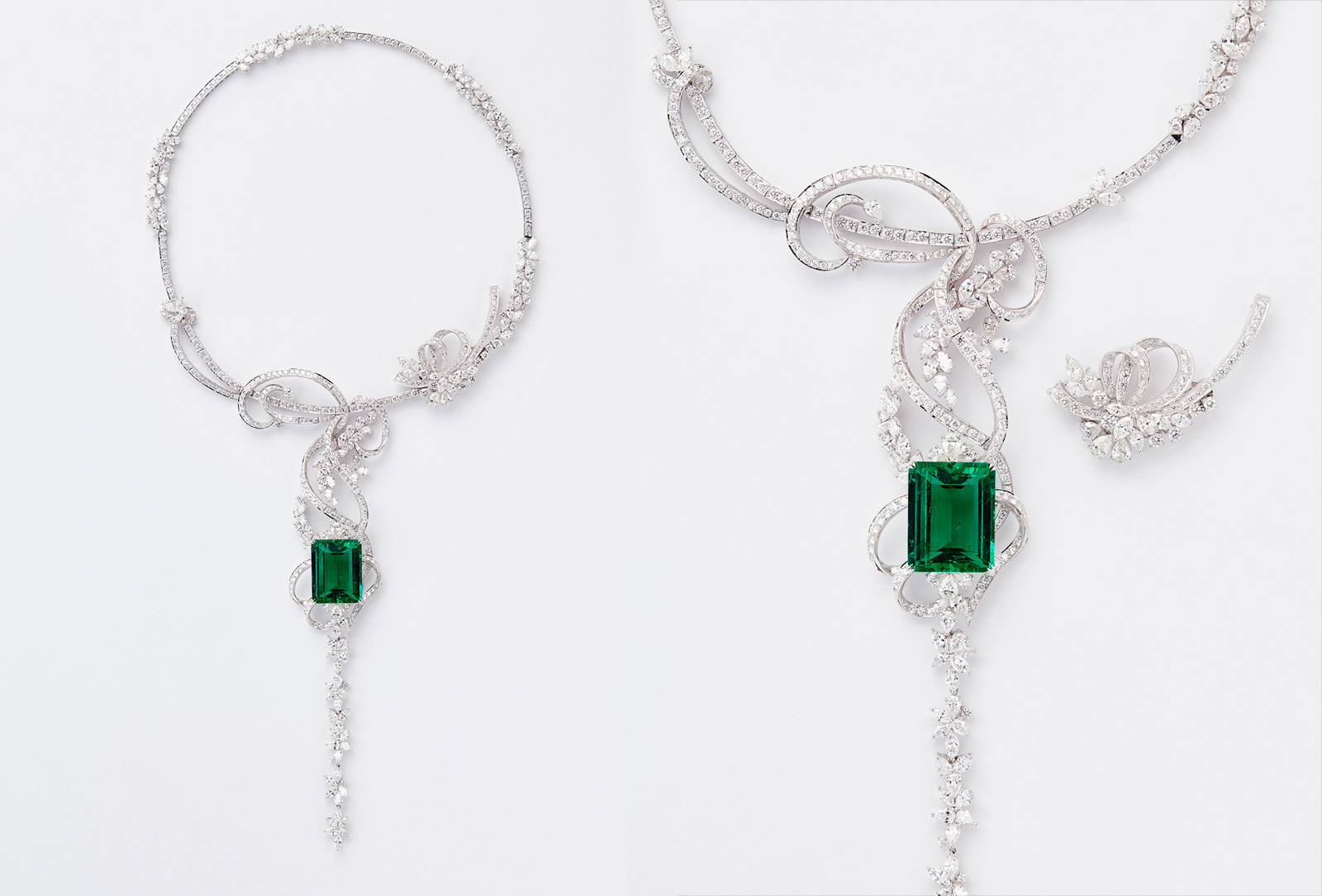 It took the up and coming designer a whole year to create the Shanghai/Shanghai 2017 collection. She began by slowly sketching out her ideas on paper before turning her sketches into fully-realised jewellery designs followed by wax models and, ultimately, the rough sketches became precious jewellery. The Masterpiece of the collection is the luxurious 33 carat emerald necklace, which has practically no inclusions. This exceptional beauty was bestowed on it by nothing other than nature herself, meaning the emerald was not subjected to any treatment and has joined the ranks of investment gemstones. 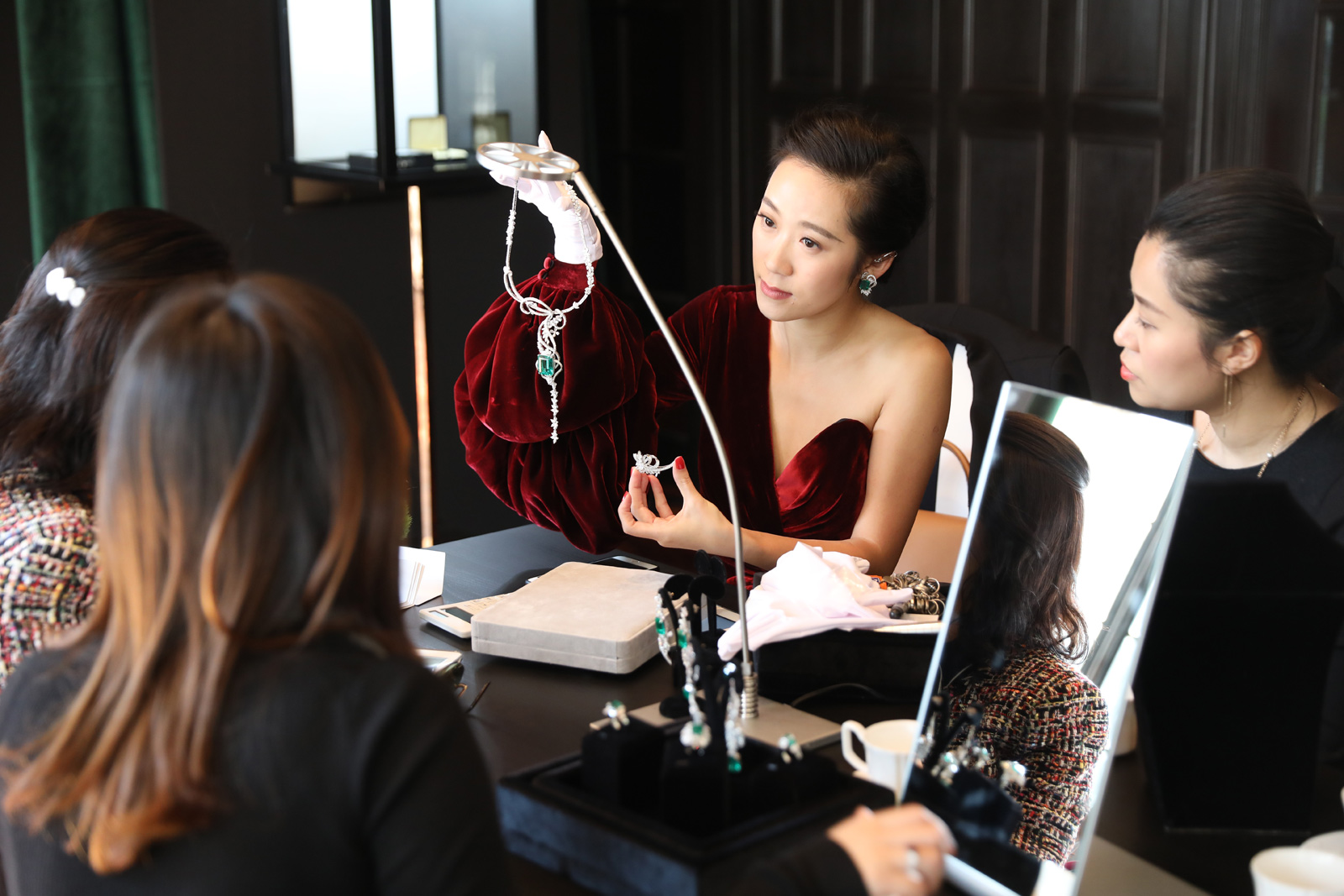 “We are thrilled to be working closely with one of Asia’s most important young designers. The zero compromise approach to quality at Qiu Fine Jewellery fits perfectly with our focus on working exclusively with investment grade Colombian material. China continues to be the number one market for fine emeralds, and through this strategic partnership we will continue to raise the profile of up and coming designers like Chaoqiu, and reinforce Colombia’s position as the world's most important emerald source.” 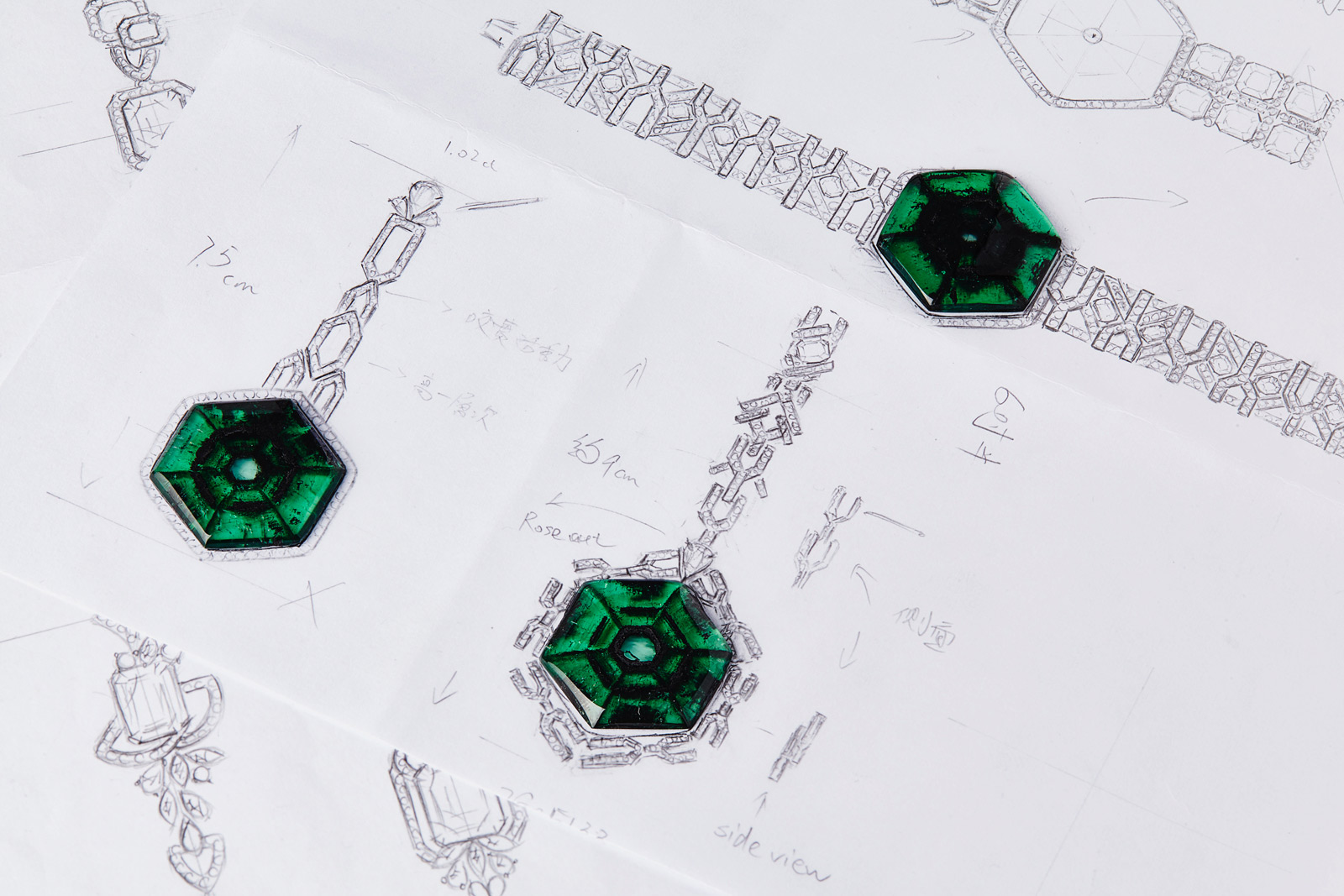 All the other emeralds, selected by IEEX (the International Emerald Exchange) for the Shanghai/Shanghai 2017 collection, could also be classed as rare collector items. Among them stand out two 3 carat emerald-cut stones with no oil treatment (a fairly widespread practice used to iron out the cracks in beryls). The stones decorate the diamond Toi & Moi style earrings that embody the Cathay Cinema building in Shanghai. Another spectacular example is the 6.74 carat oval Colombian emerald that was the central decorative element of the cocktail ring, as well as the two 10 carat stones that serve as detachable pendants on the earrings. 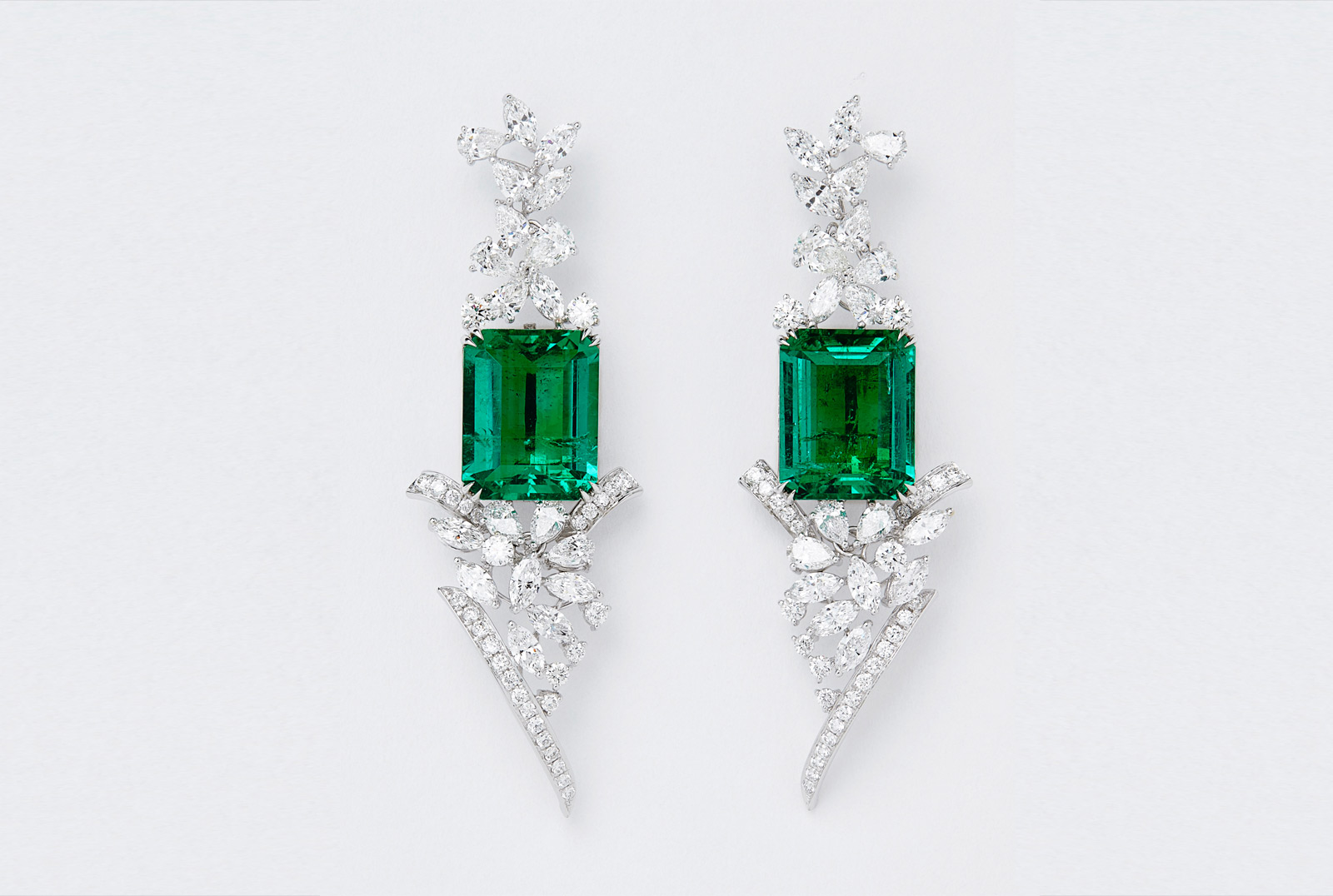 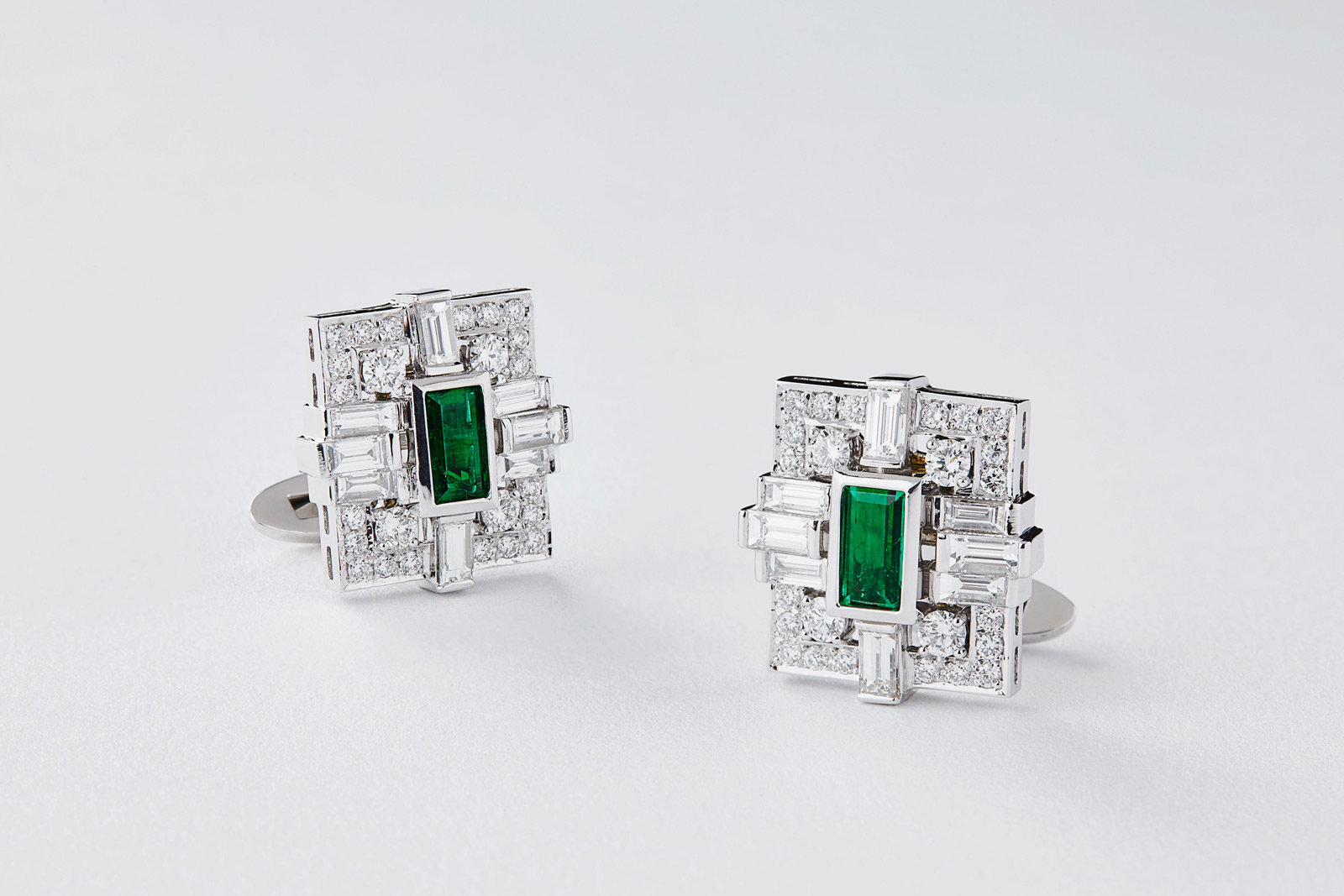 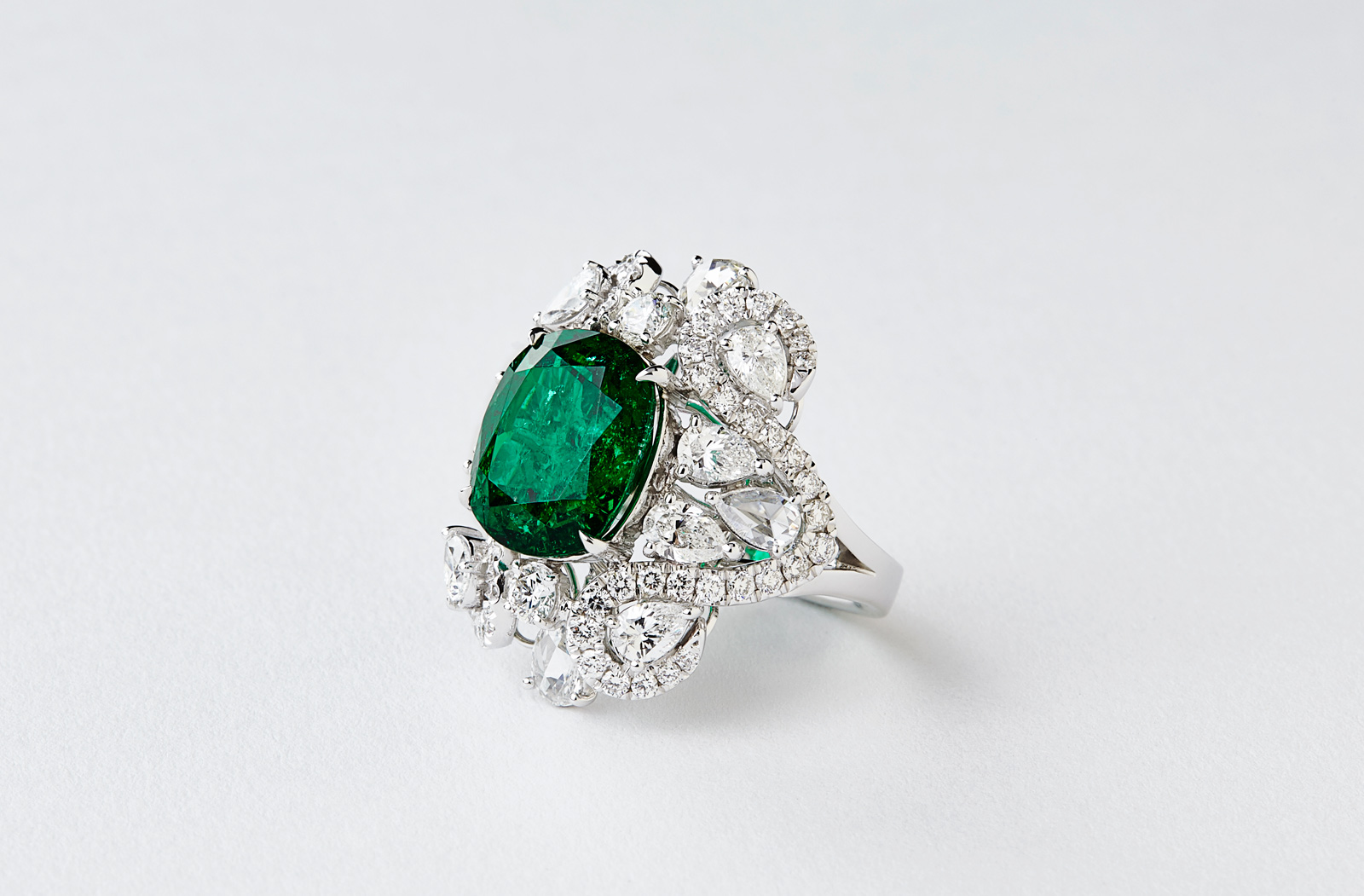 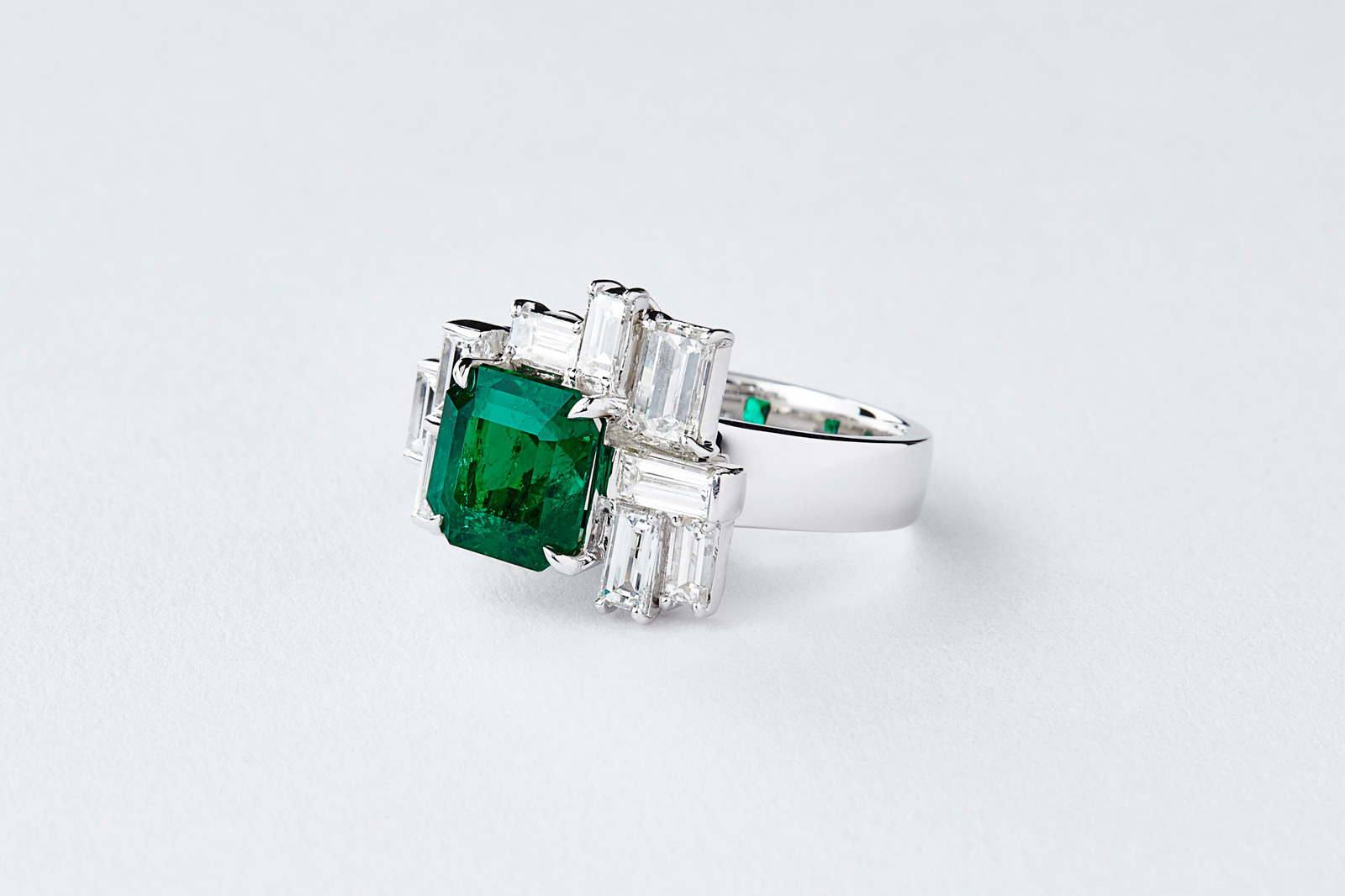 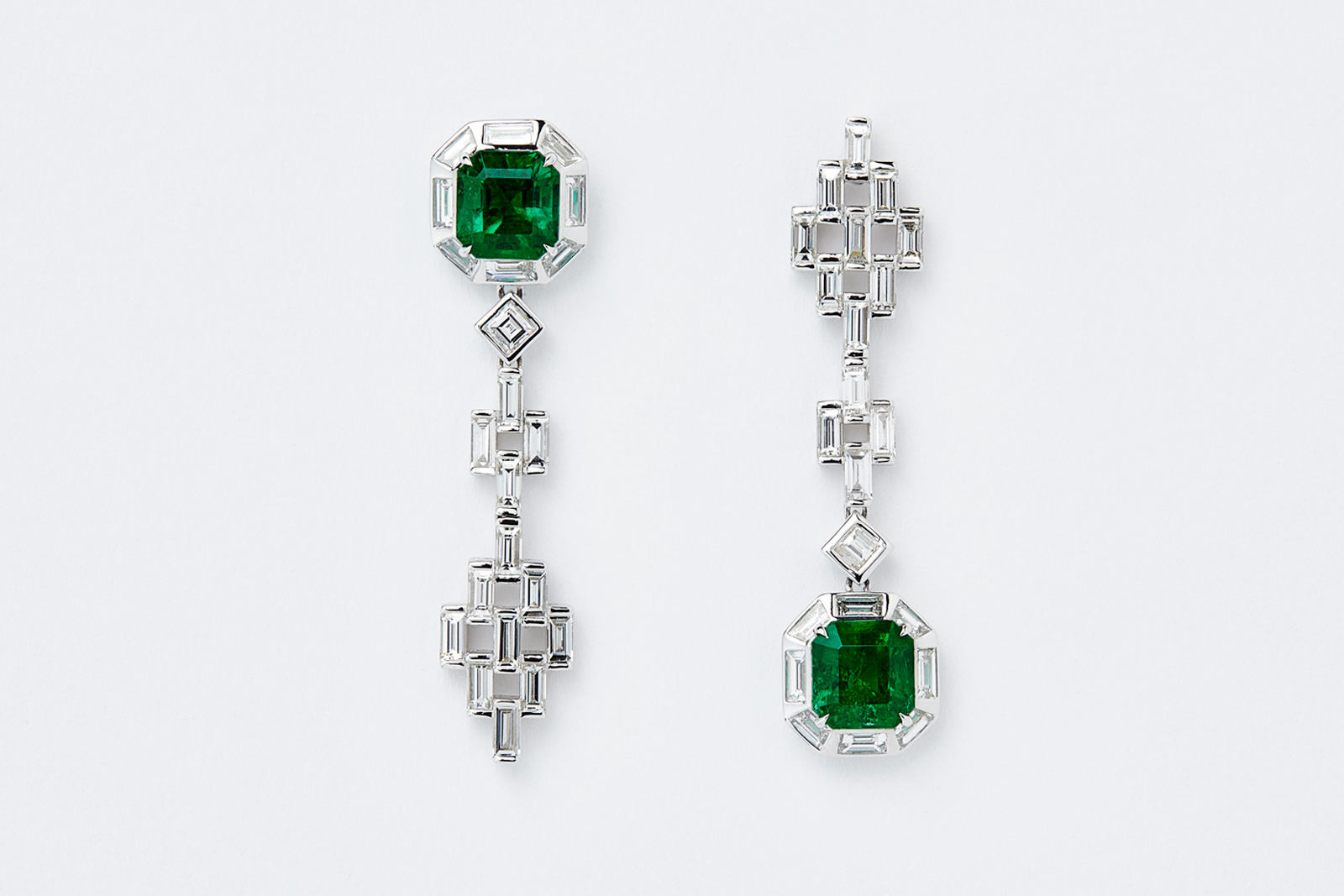 IEEX (the International Emerald Exchange) does not use third party agents, extracting emeralds directly from the Colombian mine Muzo. This, of course, is reflected in the attractive prices of Q Fine Jewellery creations, many of which have already been sold. However, the jewellery masterpieces that remain can be acquired from the designer directly.