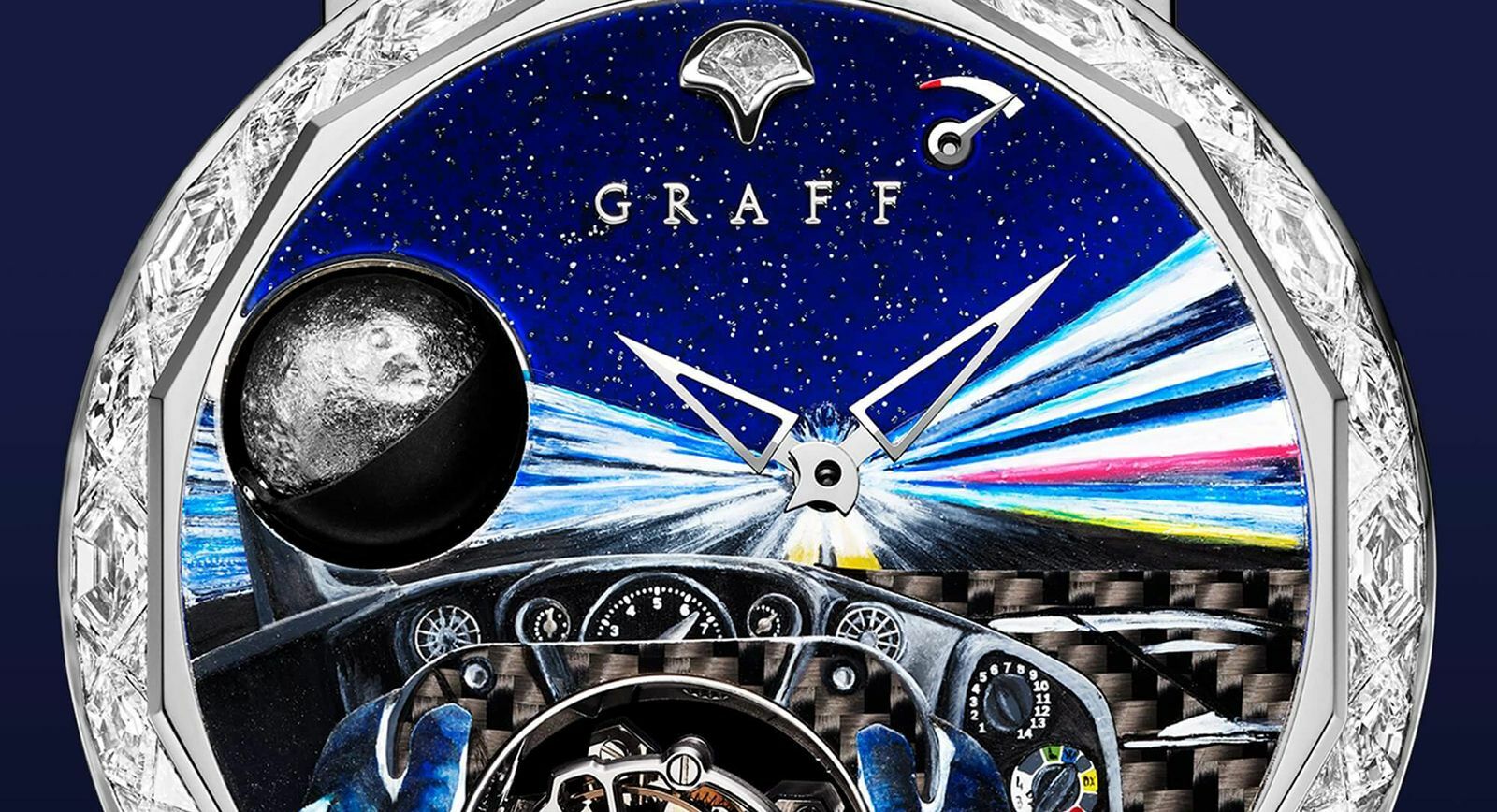 For more than half a century, Graff has been working at the very pinnacle of the jewellery industry, presenting the most unbelievable jewellery creations to the world. 2008 marked a new chapter in the brand’s history; a watch department was launched that specialises in the design of not only of stunning timepiece collections, but also of exclusive made-to-order models. The watches exhibited by Graff at Baselworld 2018 are the latest example of the company’s unparalleled craftsmanship and innovation, in both the watch and jewellery industries. 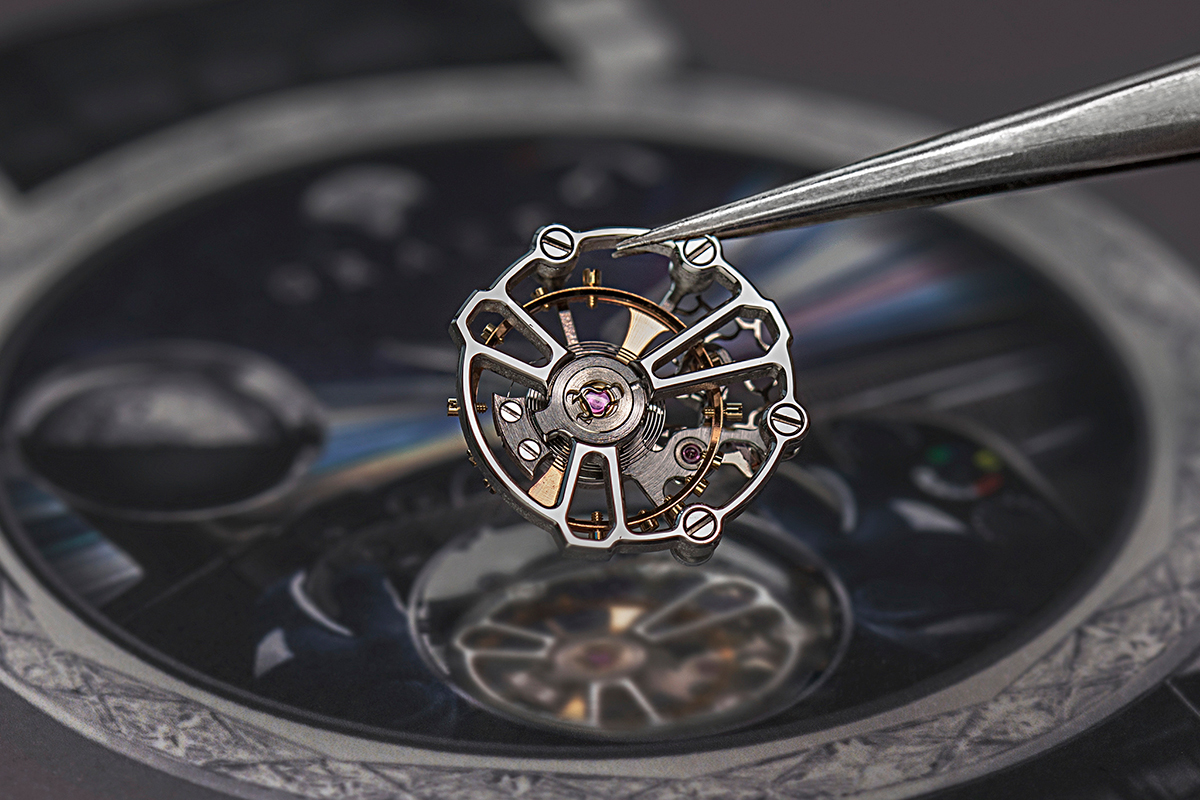 "New watch faces have become a reflection of the finesse and professionalism of our craftsmen as they  pass from generation to generation the revered traditions of ancient techniques," explains Nicolas Sestito, the General Director of Graff Luxury Watches. "Their complexity and variety surpasses all of our previous accomplishments – these really are revolutionary works of art that demonstrate an unrivalled skill, but can be worn daily." 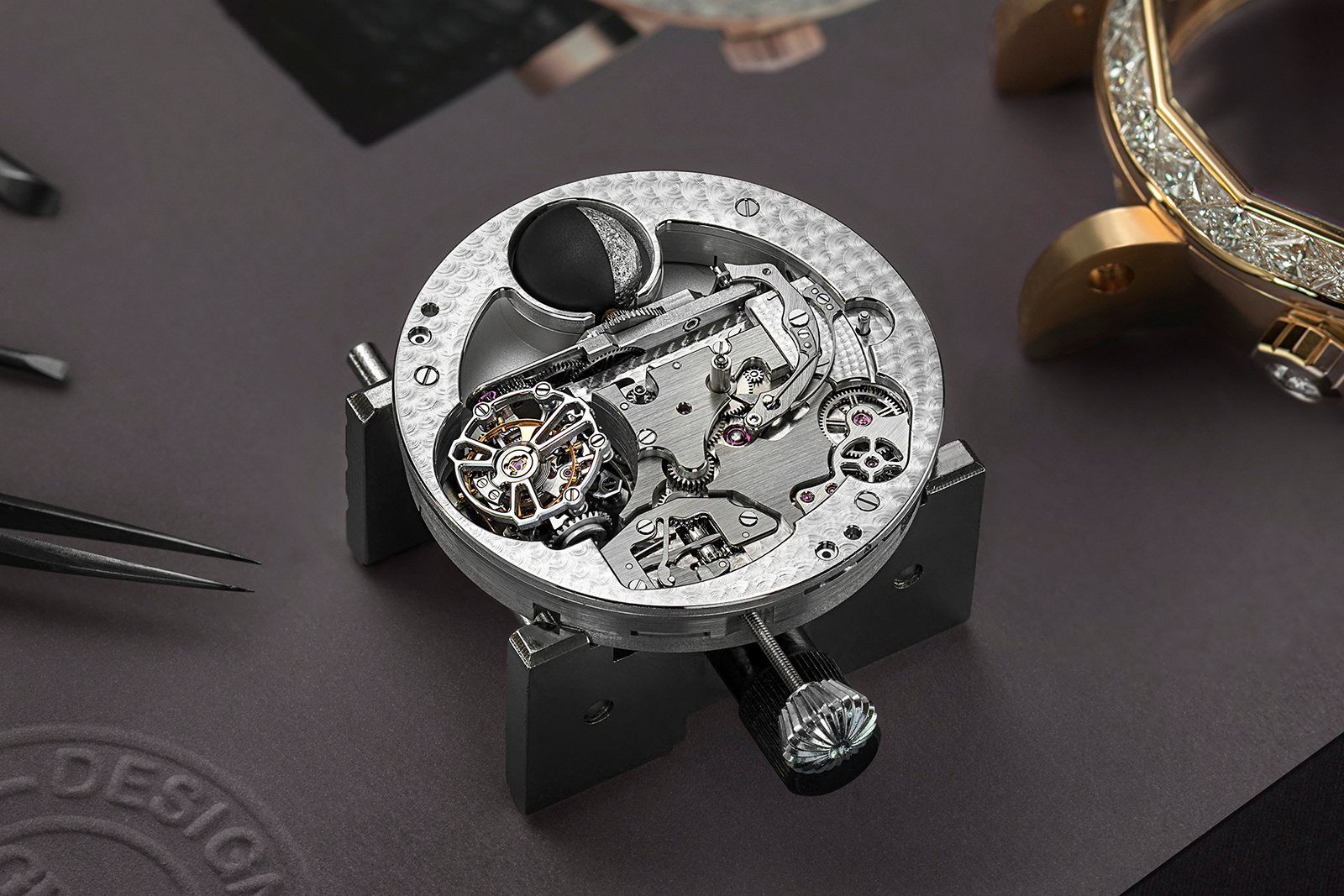 The GyroGraff series by Graff is a tribute to the Graff family’s passion for cars. The three watch faces feature three unique scenes of this captivating fast-paced world, giving the wearer the chance to feel like they’re in the driver’s seat. Every motif on the watch faces is a work of art, demonstrating the most complex techniques in the world. The first - the cockpit of a racing car - is an example of marqueterie used to resemble a dashboard made of carbon fibre. The second - an antique motorcar painted with the number 8 - is made using different forms of patterns and techniques to create a miniature painting. The third - a car crossing a city at night - is a hyper-realistic miniature transfer-print painting. In addition, the face of each model has a domed shape; meaning the level of detail and the 3D quality of the images are as realistic as they possibly can be. 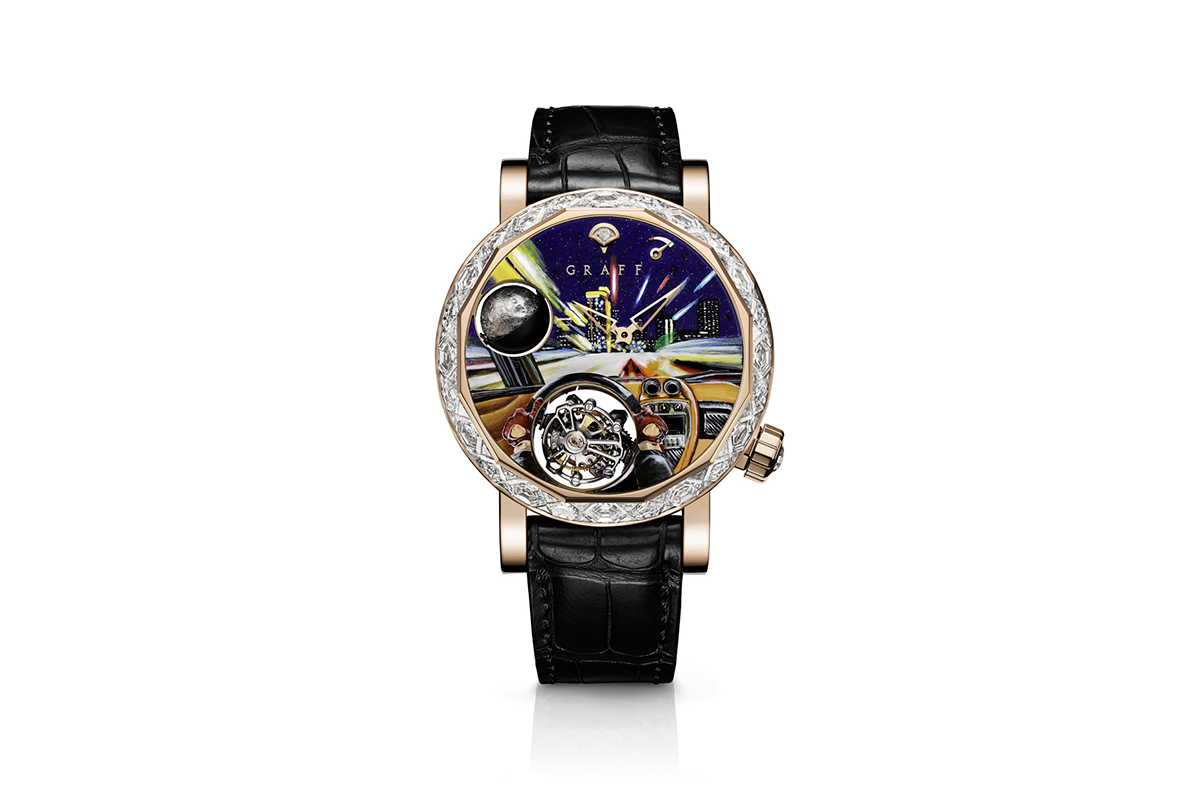 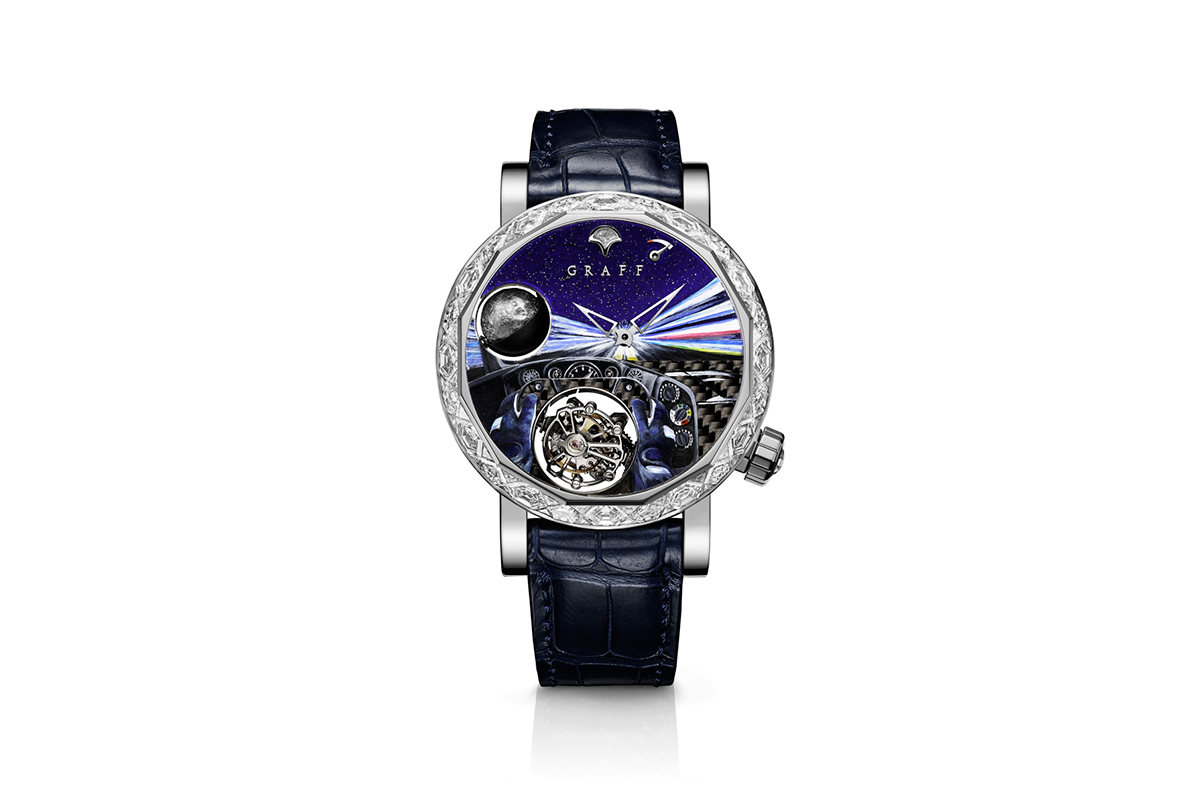 However, the watches aren’t just attractive to car-lovers because of these images that remind them of an adrenaline rush. They also have technical characteristics in common; including an innovative 3D lunar time display, a 65-hour battery life and a two-way tourbillon. 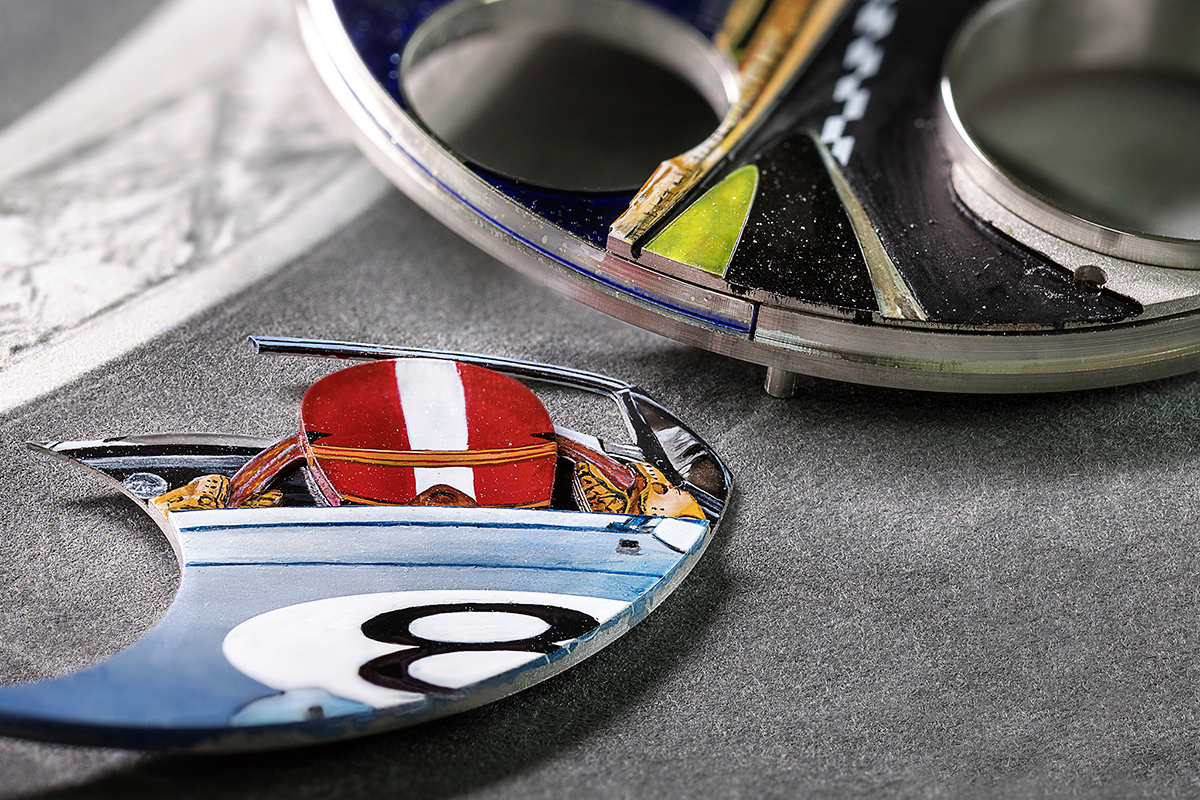 Fans of Japanese art and street culture will probably be more drawn to the 'MasterGraff Ultra Flat Tourbillon' watch series. Three watch faces depict a variety of motifs - dragons, samurai and colourful graffiti come to life thanks to miniature paintings, exquisite enamels and a whirling tourbillon - all placed in an incredibly delicate frame of pink gold or platinum case only 6.95-7.53 millimetres thick. 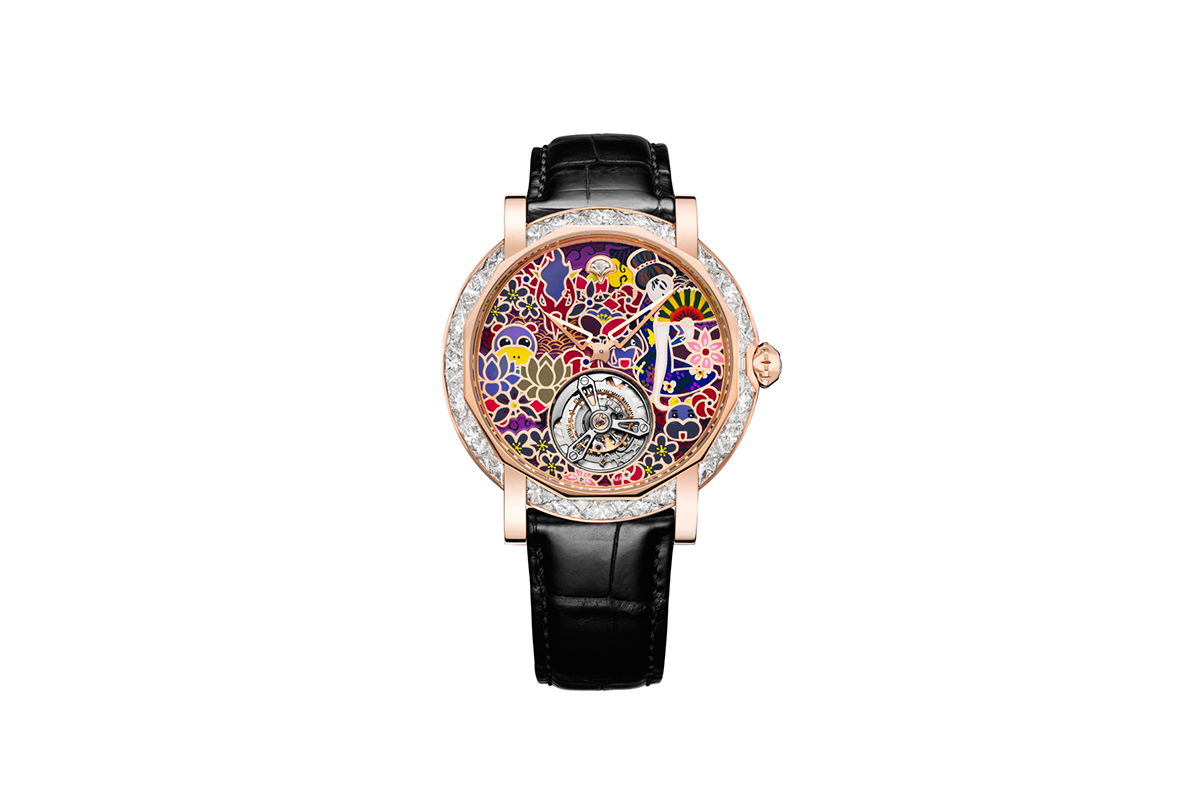 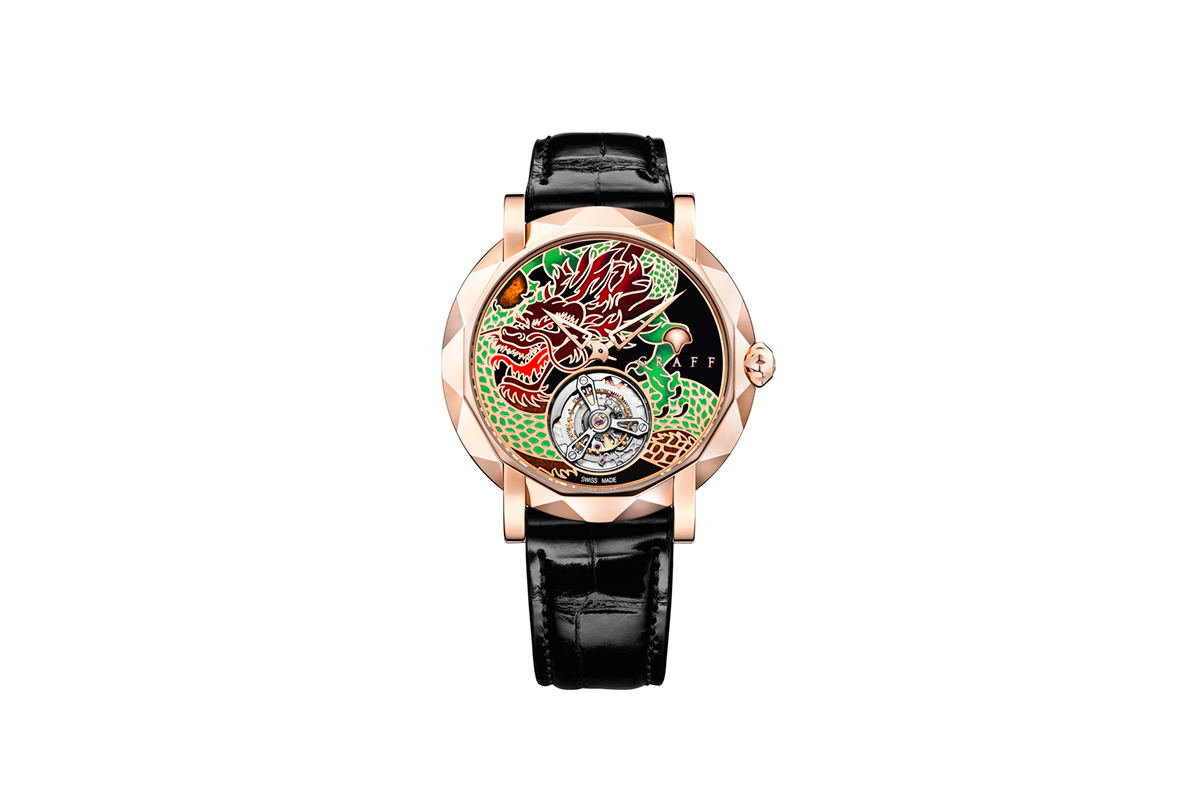 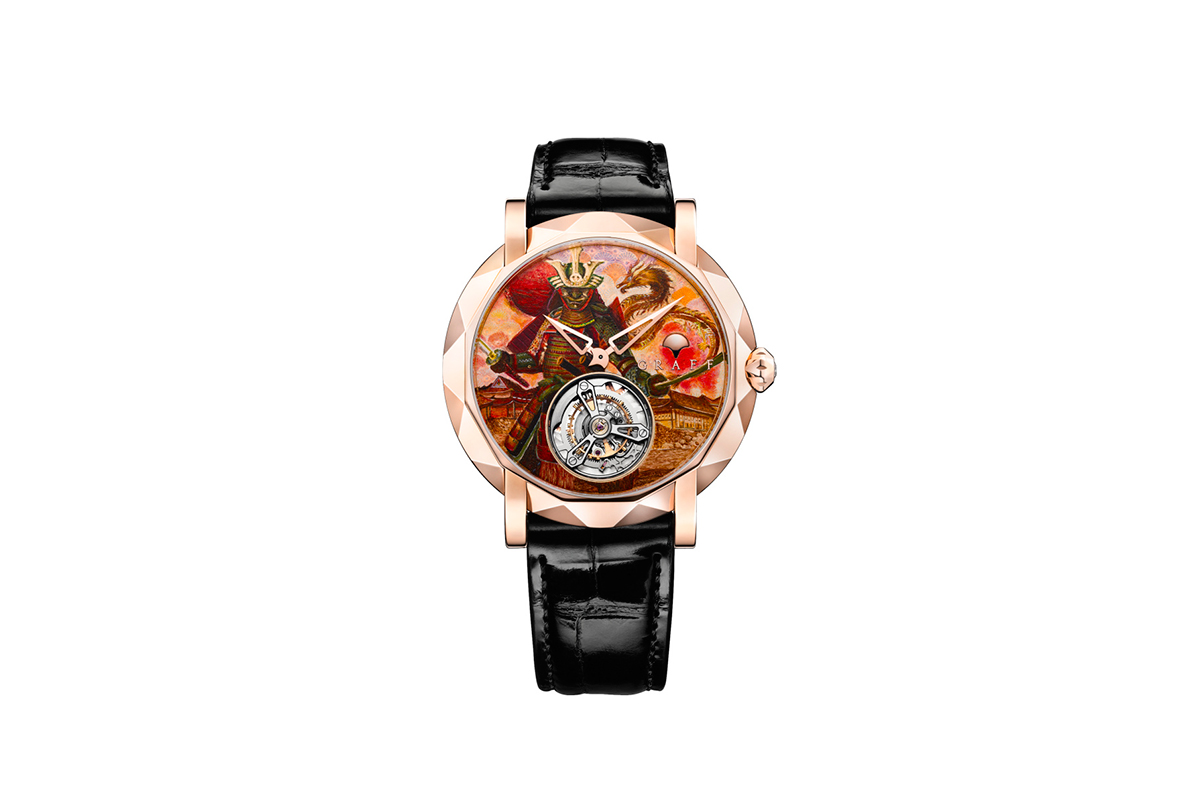 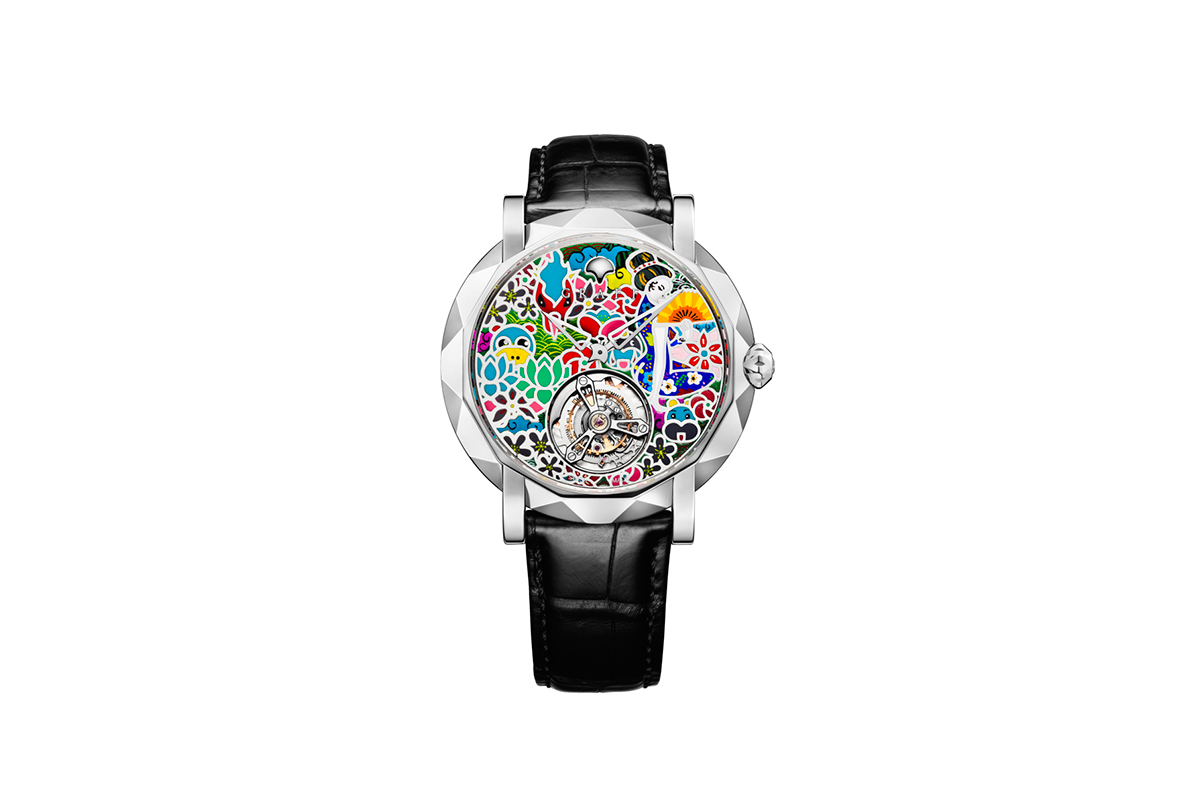 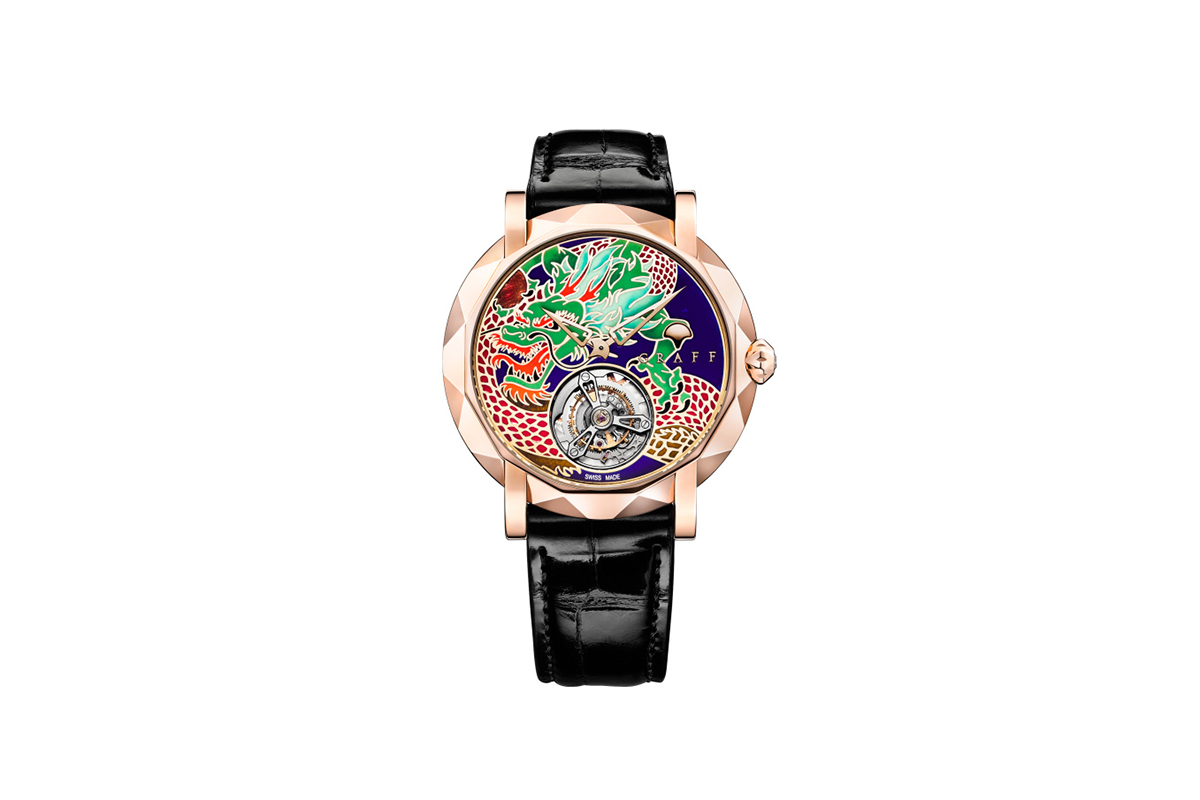 These new pieces are impressive not only because of their technical fittings, but also their elegant design. To create the dragon watch face, a combination of enamelling techniques, known as ‘Grand Feu’ and ‘Cloisonné’ were applied. 40 hours of painstaking work, an oven heated to 800 degrees and several layers of enamel were needed to emblazon the mythical creature on the watch. It took 60 hours to produce the detailed image of the armoured samurai and a dragon in the background. The vibrant colours of the graffiti watch come from so-called ‘cold enamel’ (heated only to 180 degrees) and each of the ten colours used is designated its own miniature gold compartment. As a result, your field of vision is exposed to a mottled mosaic of red, blue, green and yellow colours of varying shades. 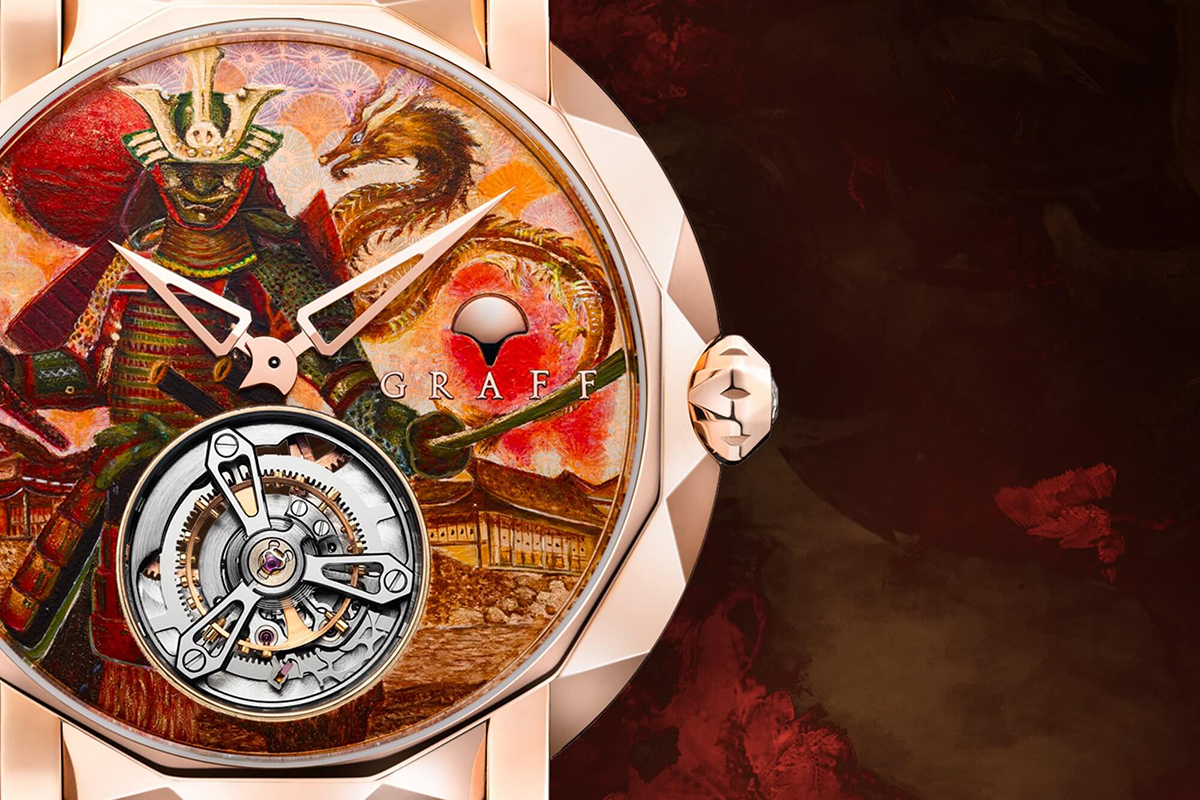 These newly-released watches are fitted with black alligator leather watch straps that contrast beautifully with the colourful imagery on each dial.