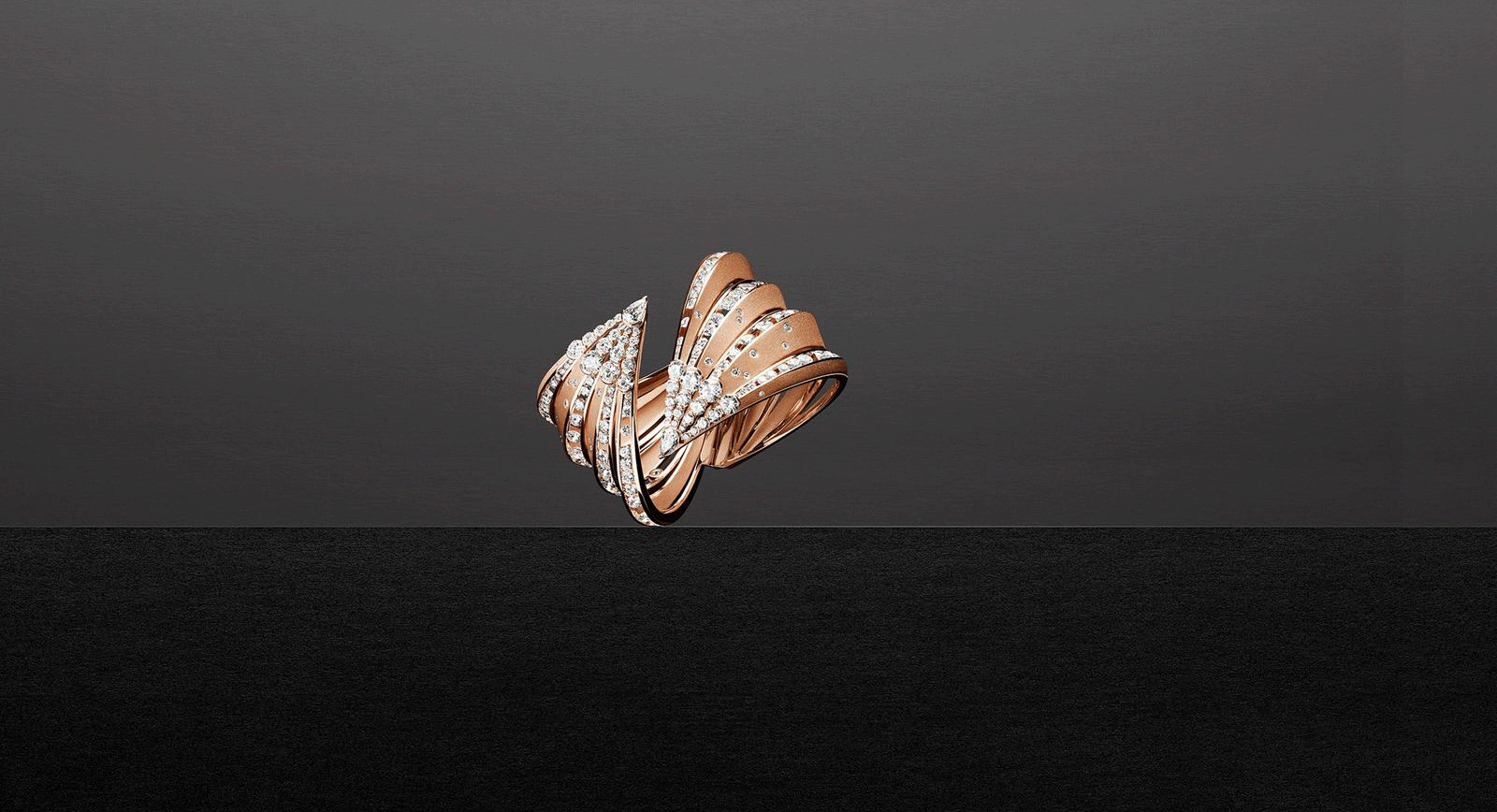 Unforgettable Jewel: Dune Cuff by the House of Alexandre Reza

There isn’t much time before the July Haute Couture week in Paris begins and famous jewellery houses present their latest collections of high jewellery. However, before I start covering the novelties, I would like to return to my Paris trip from a year ago. It is in 2015 that I discovered a wonderful jewel that I still cannot get out of my head – the one-of-a-kind Dune cuff bracelet, crafted in pink gold and diamonds, by Olivier Reza for Alexandre Reza.

I remember Olivier telling me: “It started with a pair of earrings that had the shape of a fan. First, we combined them together and the two earrings became the top portion of the bracelet, then we worked on its sides. The design of the Dune bracelet has changed a lot from the conception to the finished piece, as it was very difficult to understand the way a jewel would look like just from the drawing. We needed something three-dimensional and were able to finalise the idea of the bracelet, when we had the model around the arm and studied the way it closed on the wrist.” 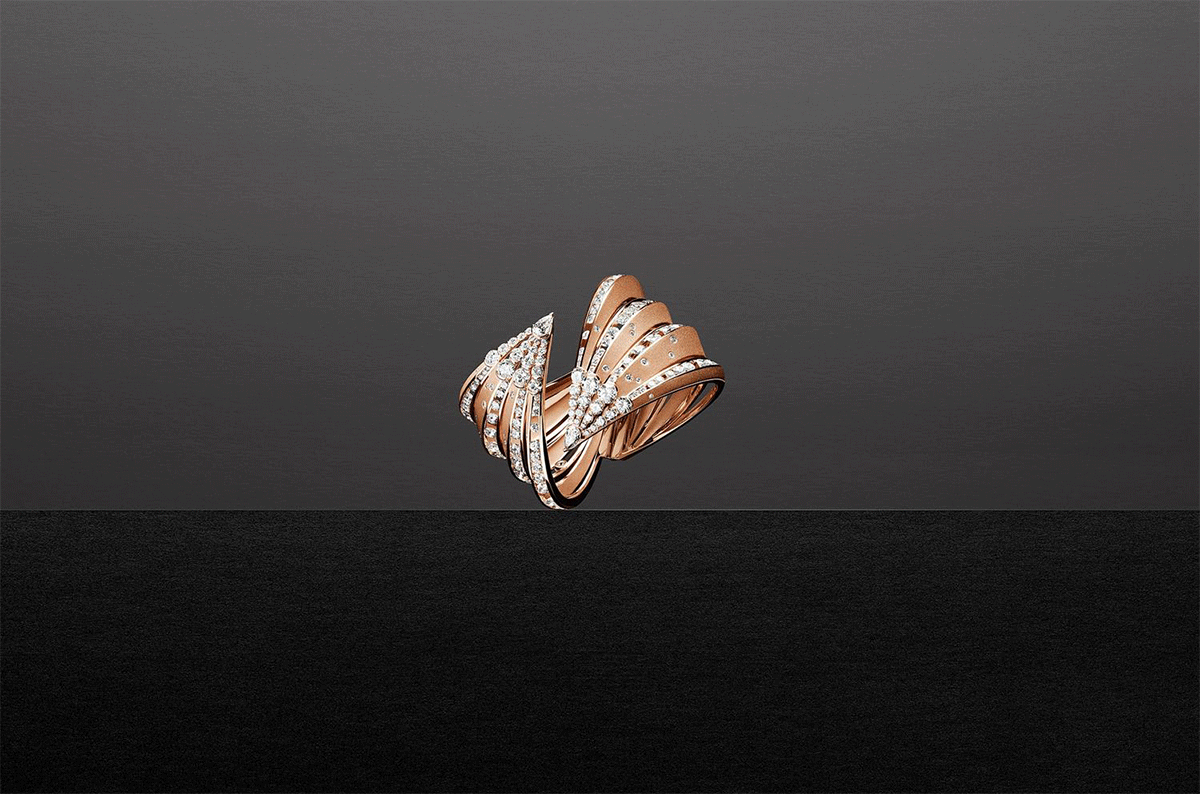 It took Alexandre’s son, Olivier Reza, nearly two years to finalise the design and make the bracelet, as he was gradually changing and improving it in the process. Usually, all of Olivier’s ideas start with a sketch followed by a wax model carving, according to the tradition of fine jewellery making. However, this time he used resin instead of wax to create a tangible prototype, initially designing it as a 3D computer model. “We didn’t start making this design in gold until we had a clear visualisation of how it would look in three dimension. It was necessary to understand the width of the rails where the diamonds sit, how to fix the diamonds on the metal and how to spread them apart considering the unusual way they are set,” Olivier explained.

Indeed, it is very rare that one comes across this type of gemstone setting. At first glance, it looks like diamonds are fixed in the same way, as they would be in the channel setting – side by side. However, in this instance, gemstones between the rails do not touch each other and have different size gaps between them. “Recently, we tried new things. And in this particular case, we set stones in that way to reveal the diamonds completely. I’m bored of prongs and wanted to experience new things,” added Olivier, elaborating on his choice of an original gem setting method. 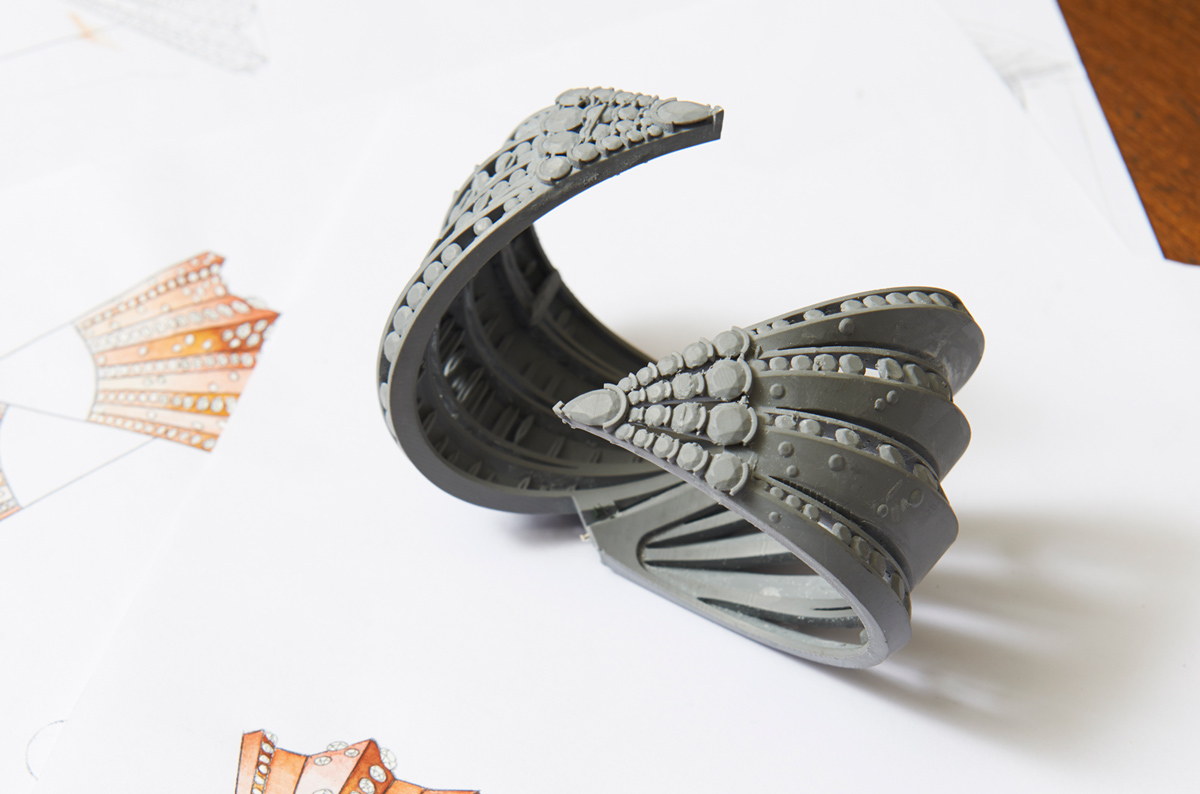 This was in fact done on purpose – thanks to the technique of spacing the diamonds. The designer has enabled the jewel to appear visually lighter and create an illusion that the stones were frozen in the air like precious dewdrops. “I wanted to achieve the sensation of flowing. That’s why we used sandblast materials and ultimate polish with softer treatment of metals to create the contrast and add a sense of etherealness. It also helped to really highlight the design, which is so rich and different.”

Almost every jewel bears its own name in the House of Alexandre Reza. Sometimes, like in the case of Dune cuff, it happens naturally and at other times, one has to name the piece. “The name came after we had the finished bracelet. Its volume and colour reminded us of the ocean’s beaches, where you have dunes of sands one after the other. We managed to portray all this movement, landscapes and the dynamic,” Olivier added. He is in no mood to put a stop his artistic endeavours with the Dune rose gold cuff bracelet. Olivier has already made two pairs of earrings to go with it and is working on a design of a ring. 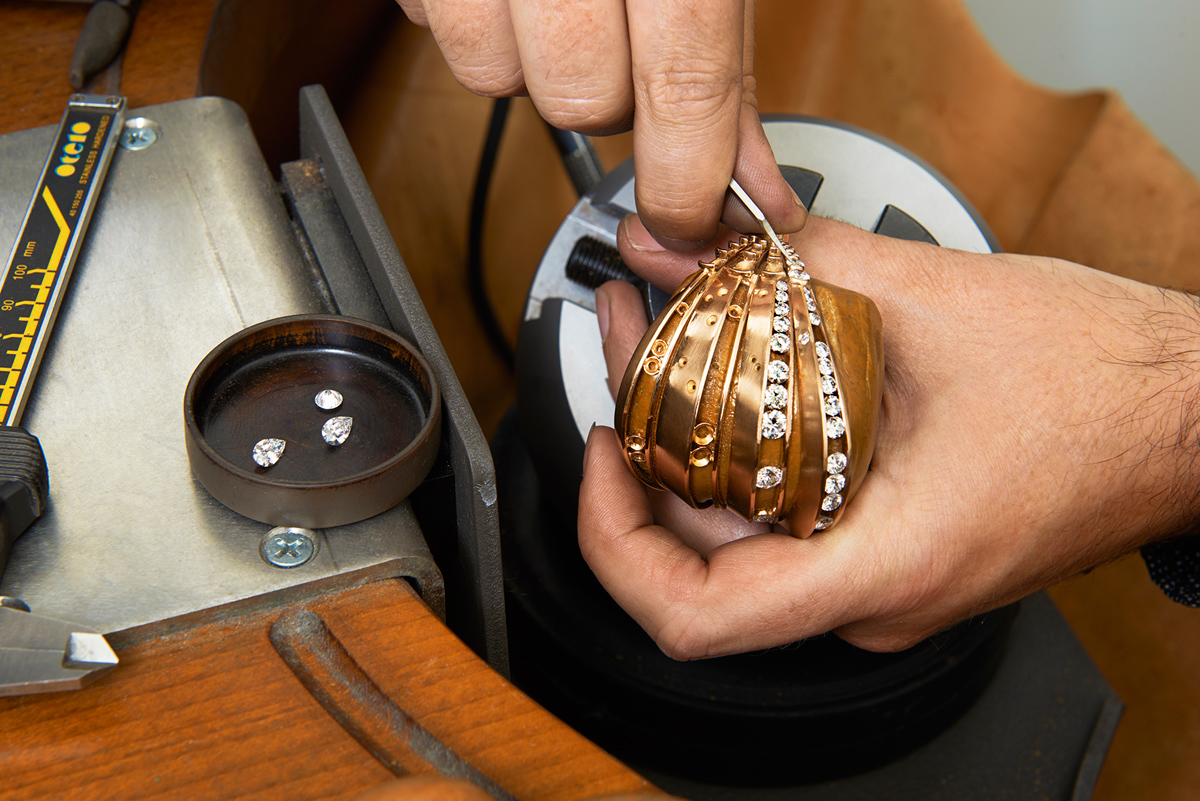