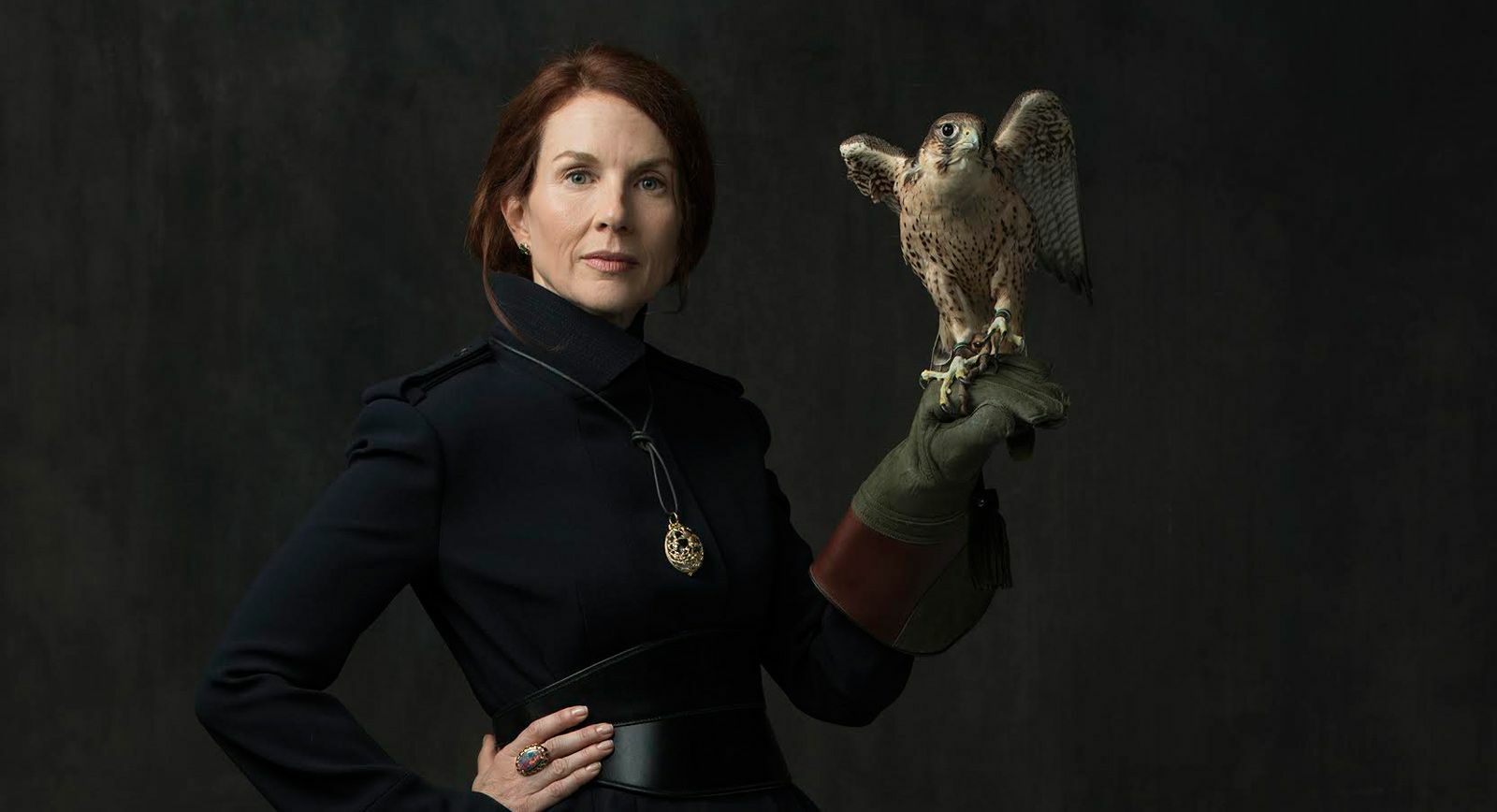 For two years the American jewellery designer Temple St. Clair has been working on the jewellery trilogy, The Golden Menagerie, which is dedicated to rare animals, especially those that face the threat of extinction.

The first part of the extensive collection, Mythical Creatures, was debuted in January 2015 at the Museum of Decorative Arts in Paris, the second part, Wings of Desire, was exhibited for the first time at The Salon: Art + Design exhibition in New York. And now the time has come for the final part, The Big Game, which was presented for the first time at the beginning of December in the Delorenzo gallery in New York. “I am pleased and honored to have Temple St. Clair at DeLorenzo Gallery. She embodies all of these qualifications that I appreciate in an artist,” says Adriana Friedman, the director of the DeLorenzo gallery.

“When viewing her artistic jewellery pieces, I see passion and excellence. Temple’s configurations of colours are mysterious, but logical, warm, gentle, passionate and strong. Temple is a storyteller. She captivates you when speaking about her life’s journey as an artist and her commitment to a pure creative process that forces her to stay true to her vision and goals.”

The story of how Temple came to jewellery design is really rather interesting. When she was just over 20 years old she studied in Florence, where she received a degree in Italian literature. Temple had no intention of binding her life to the art of jewellery until her mother came to her and asked for help in making a piece of jewellery out of an old coin she had in her possession. By visiting the jewellery workshops on Palazo del’Oraffo, Temple became so inspired by the work of Italian craftsmen and the ancient art of jewellery making, that she continued to work with jewellers, becoming more involved in their work. Almost thirty years have passed since that moment and Temple has made the art of fine jewellery her profession whilst remaining true to the Florentine master craftsmen. 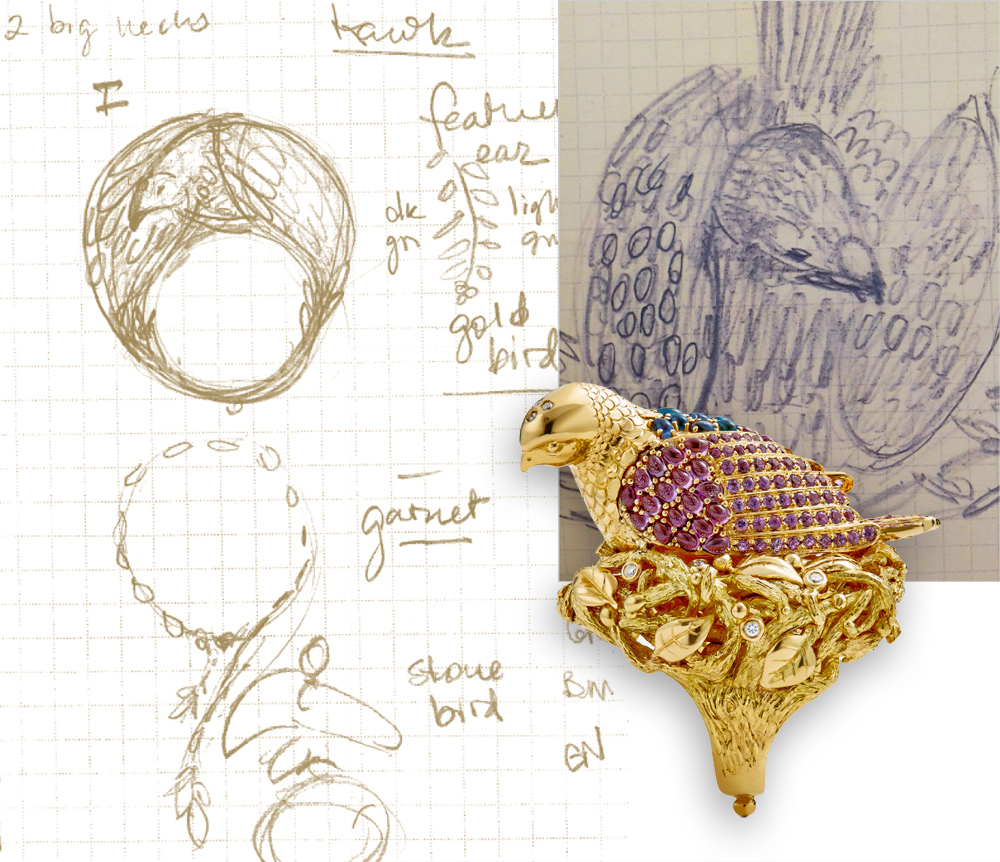 Let’s now return to the last collection, The Big Game. “I have created jewelled portraits of animals that I particularly love, many of which are either extinct or threatened. As I did in ‘Mythical Creatures’ and ‘Wings of Desire,’ I have created romanticized visions of the animals – each captured in a moment of stillness or activity within a peaceful environment. The choice of gemstone colours and the patterns of detail reference the impermanence of our time on earth,” says Temple in the book The Golden Menagerie, which was released this year by the publisher, ASSOULINE.

In the final part of the trilogy, as in the others, the pieces are executed as one-off originals. Temple decorated them with rare gem stones such as the star sapphires on the Dolphin Banji bracelet or the pieces with unusual characteristics such as the garnets that change colour on the “Elephant” ring. She also, for the first time in her career, has made use of ebony wood, from which she has made a branch, on the ring with a leopard.

Here I have introduced to your attention just a few items from the collection. You can see the rest at the exhibition in the DeLorenzo gallery until the 15th February or on the Temple St Clair website. 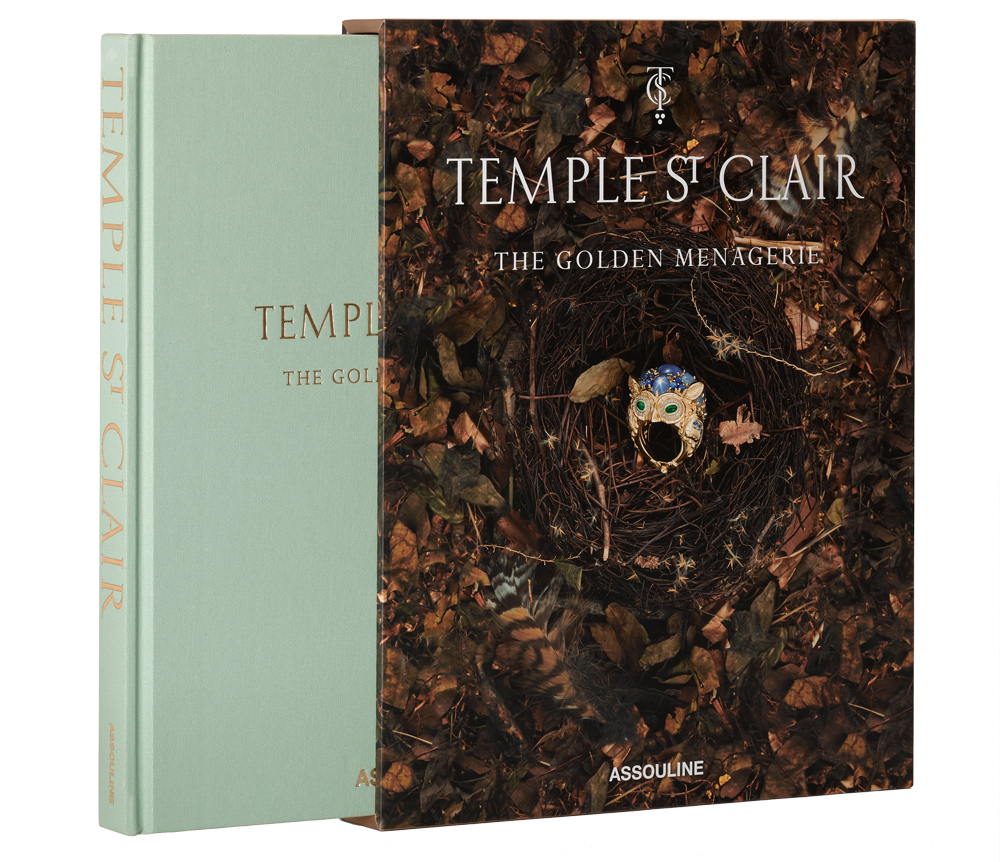