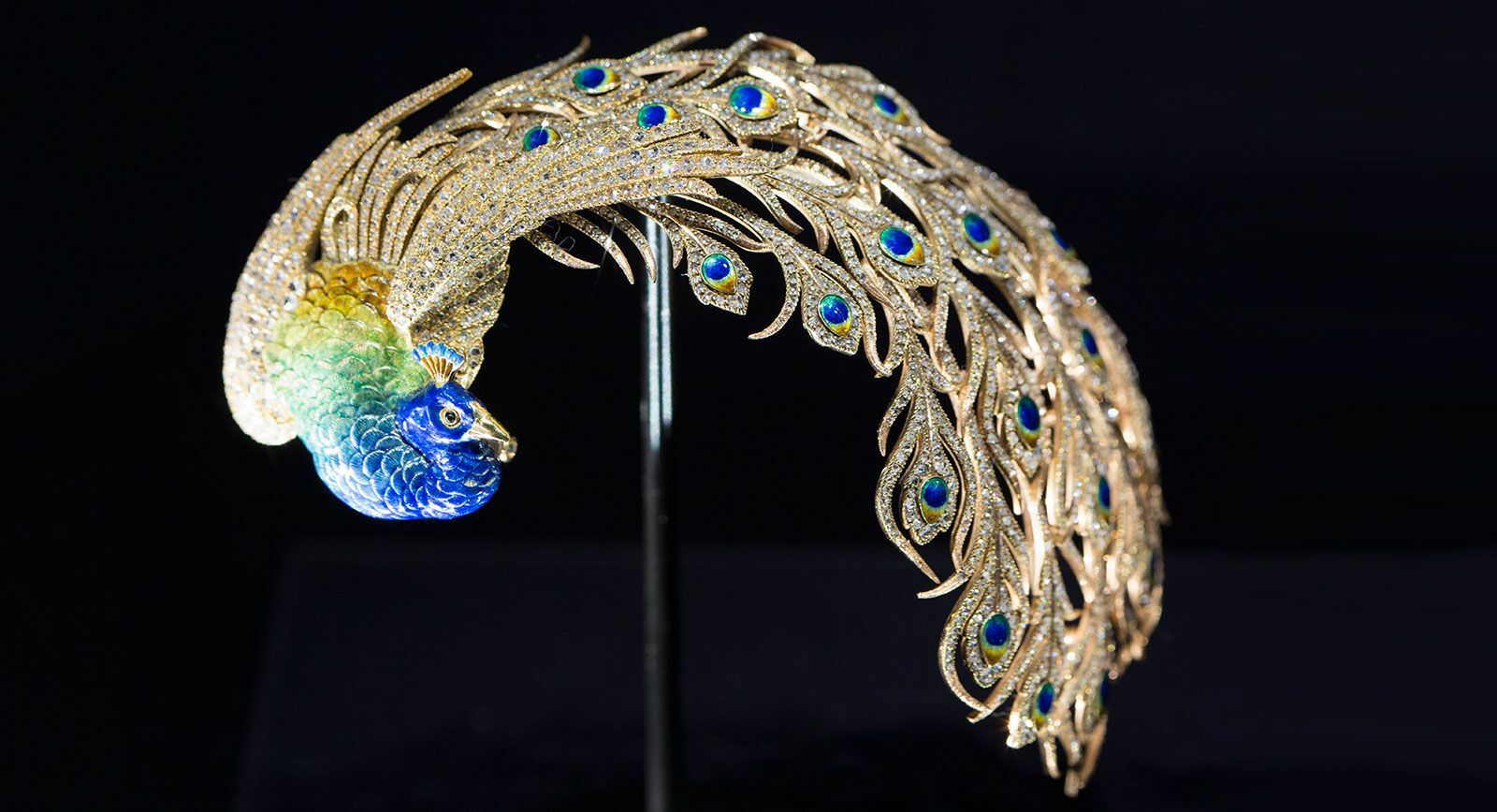 Until 31st March 2016 the V&A will open its doors to a brand new jewellery exhibition: Bejewelled Treasures: The Al Thani Collection, part of the series of events, exposés and displays which make up the V&A India Festival.

Exhibition curator Susan Stronge has selected a mixture of jewellery, precious stones and objects of value, both antique and contemporary, from the private collections of the Al Thani Qatari royal family. All of the items have some connection with India, whether they are brooches worn in the turbans of the maharaja, bejewelled daggers belonging to Mughal shahs or contemporary jewellery designs from JAR or the Viren Bhagat inspired by the architecture of the Indian subcontinent.

“From the early age I have been fascinated by Indian jewellery, and consider myself fortunate enough to be in a position to put together an all-encompassing collection of precious jewels ranging from the present day right back to the time of the Mughal Empire,” explains Sheikh Hamad Bin Abdullah Al Thani.

While picking out pieces for the exhibition, Susan Stronge came across a challenging task of having to decide how best to present them to the viewer. “The first issue we had to overcome as curators was working out the order of display and how best to arrange what are generally relatively small articles across a very large space. Fortunately, the in-house designer of the museum’s exhibition space was on hand to help, coming up with the ingenious idea of creating something resembling a hexagonal jewellery box with adjacent compartments.” 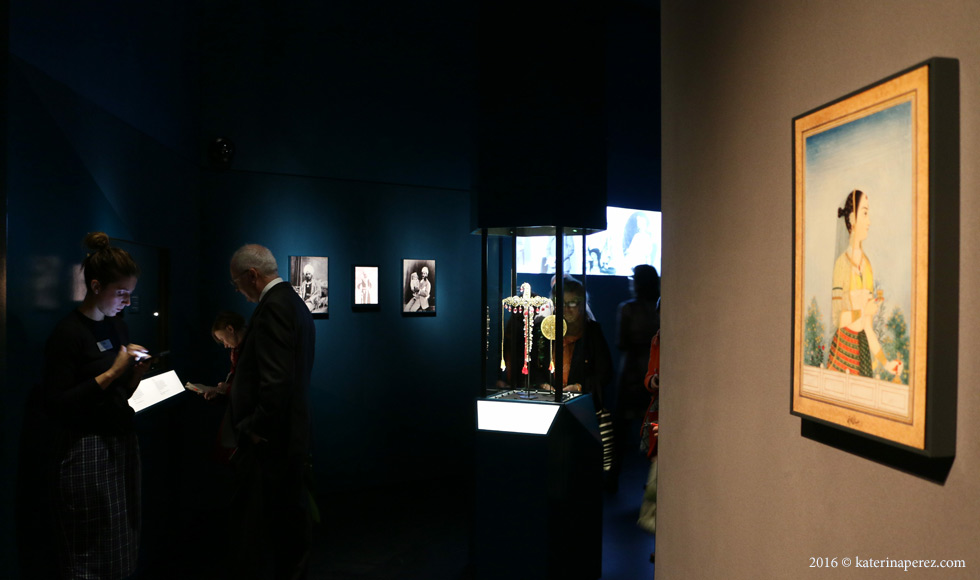 The exhibition space has been split into several different sections to create a labyrinth which takes in the full range of different jewellery design styles and techniques. ‘The treasury’, the first section, lets you take a look inside the hoard of rare precious stones of all shapes and sizes which belonged to the Mughal emperors at the turn of the 17th Century. “When I studied the Al Thani collection, I was struck by the size of the unfacetted precious stones, so much so that I have chosen to dedicate the opening room entirely to these jewels, of which spinels form a significant part,” says Susan.

Next up is the ‘The Court’ section, a collection of ceremonial jewellery and decorative pieces belonging to famous emperors such as Shah Jahan. ‘The Kundan & Enamel’ section brings together jewellery made using the two principal Indian techniques, the latter of which, kundan (which means ‘pure gold’), is a style of fixing gemstones in precious metal which is used up to this day. Traditional jewellery was typically decorated with gemstones on the outside, with the interior or rear side covered with a layer of enamelled gold. You can learn more about this particular process thanks to a special short film shot in the workshops of Amrapali and Viren Bhagat.

In ‘The Age of Transition’ and ‘Modernity’ rooms you can see jewellery from the 19th and 20th Centuries demonstrating the influence of the West on Indian jewellery of that period and vice versa, when Indian styles began to feature in Art-Deco jewellery. Finally, the tour ends with a few choice jewels made by JAR and Viren Bhagat in the ‘Contemporary Masters’ section, with earrings, bracelets and brooches drawing on the architectural styles and traditions of India.

The Bejewelled Treasures: The Al Thani Collection exhibition was made possible thanks to the sponsorship and support of antique jewellery dealers Wartski, who this year celebrate their 150th anniversary.

Do not miss the lunchtime Lecture by the Senior Curator Susan Stronge who will give an illustrated introduction to the Bejewelled Treasures: The Al Thani Collection exhibition. 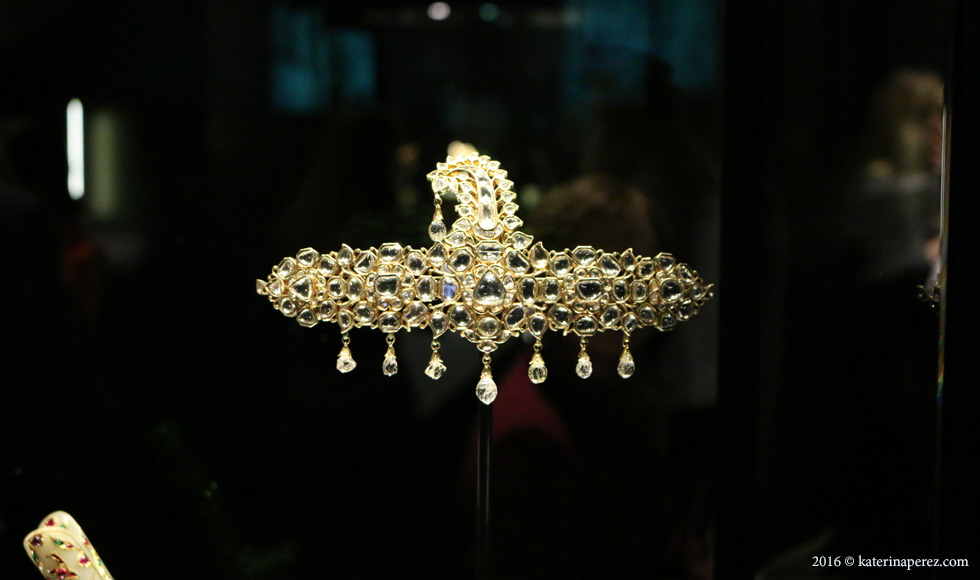 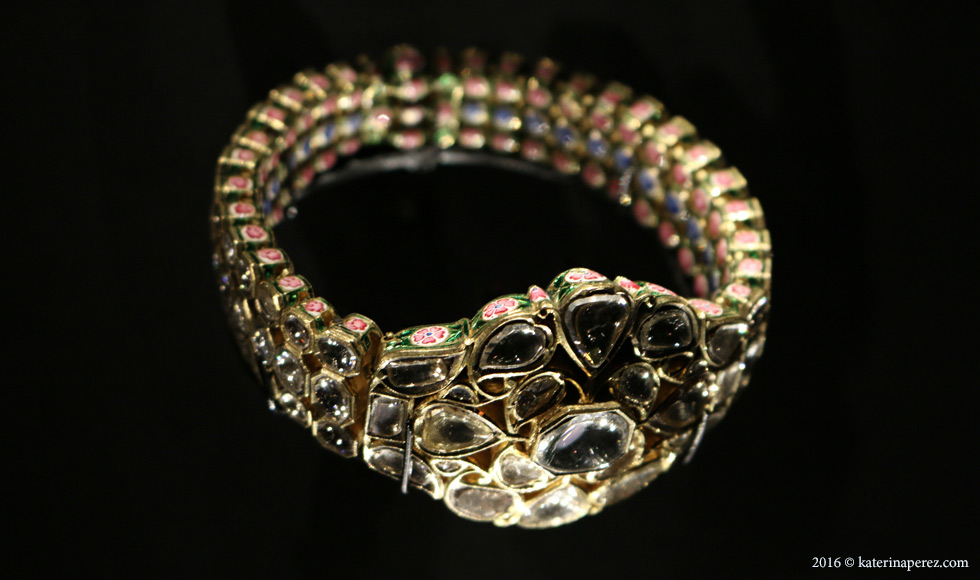 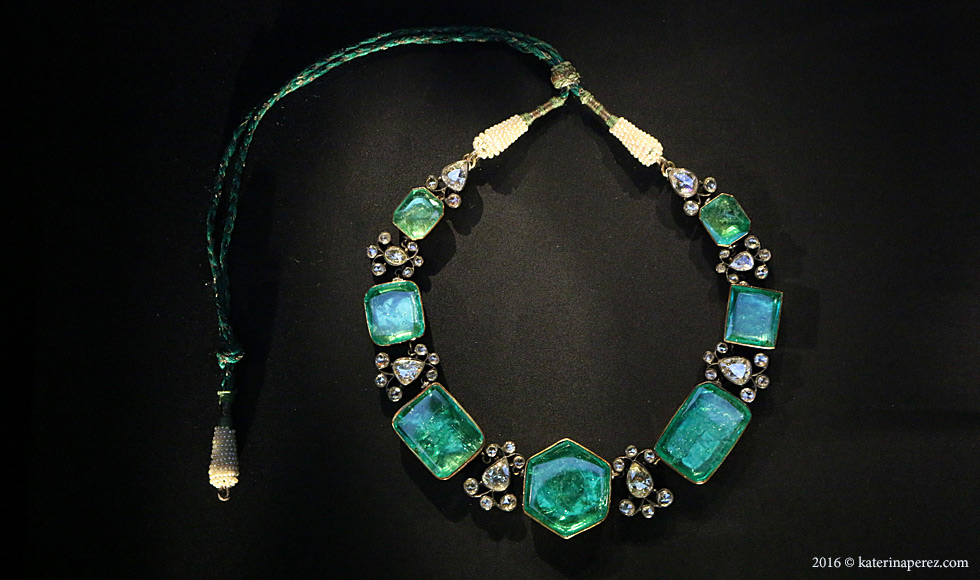 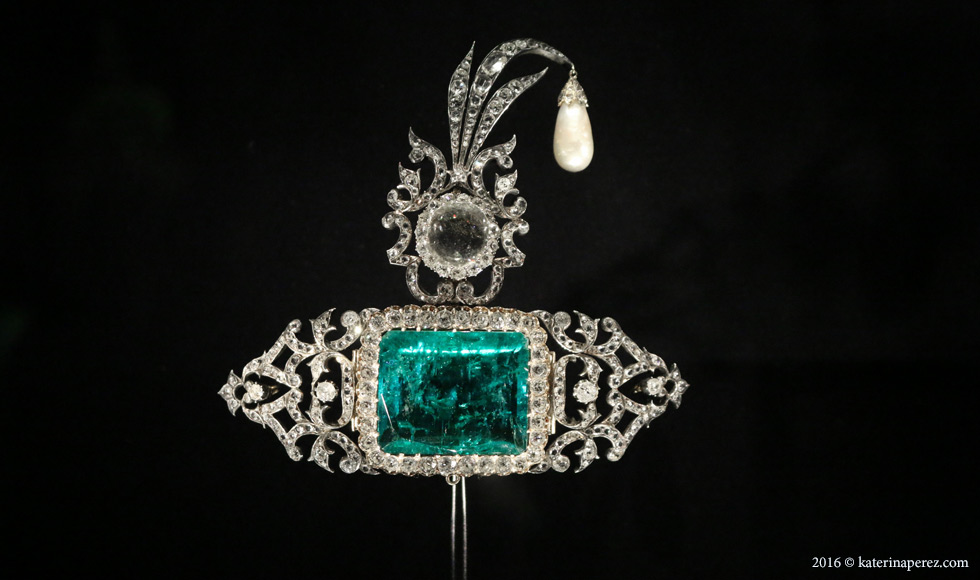 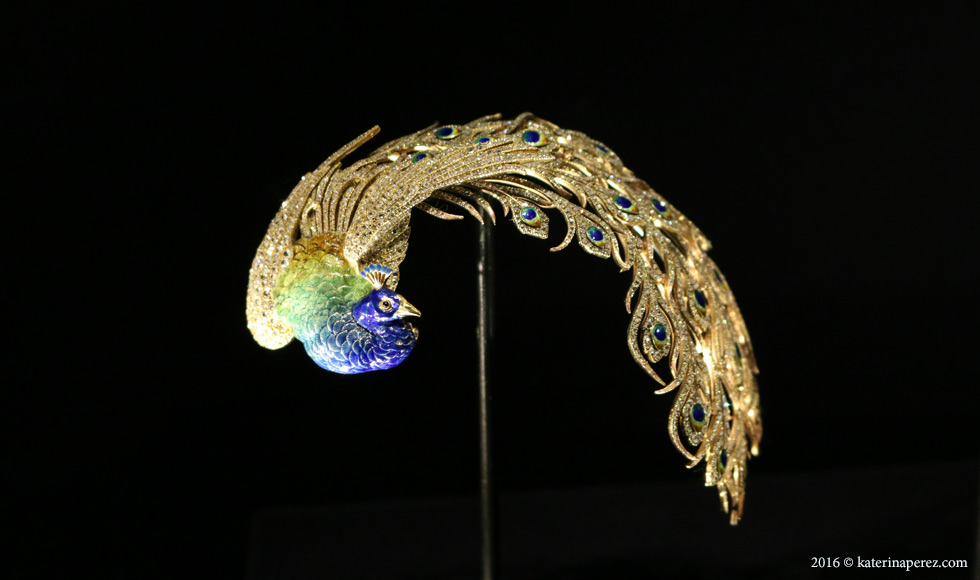 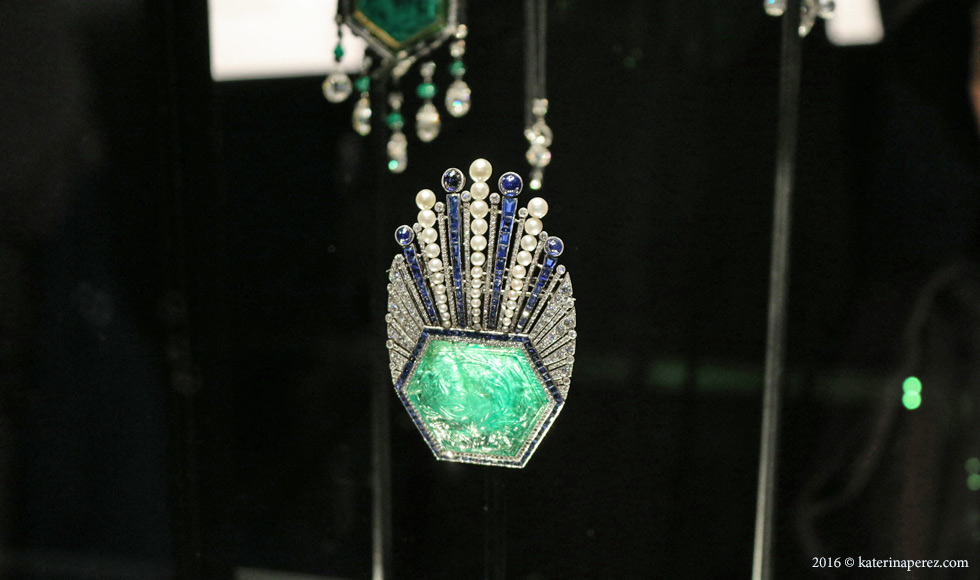 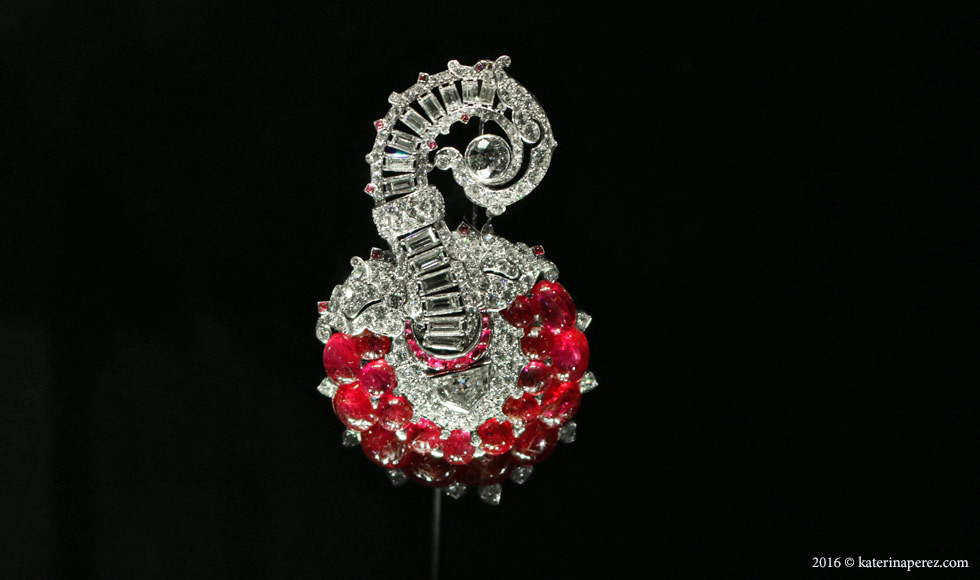 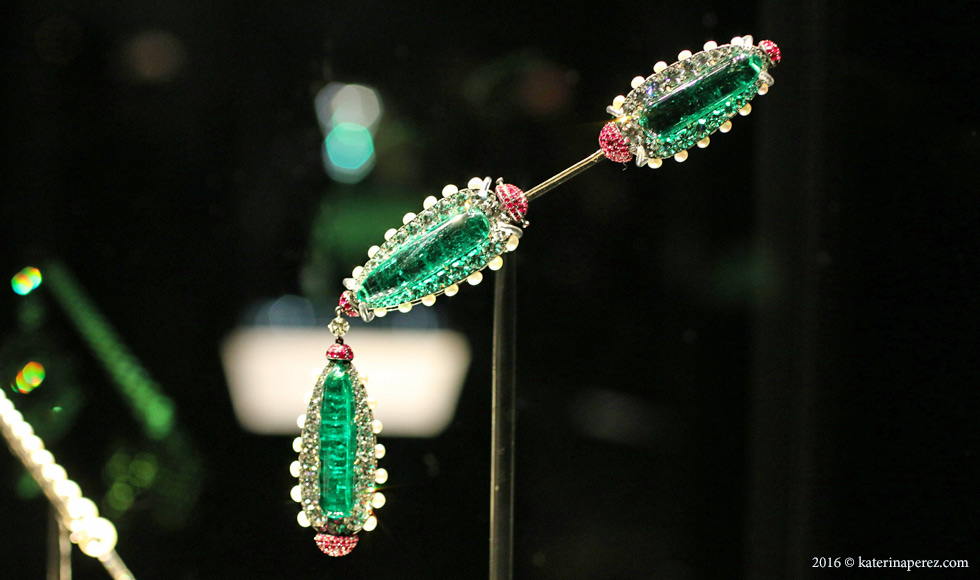 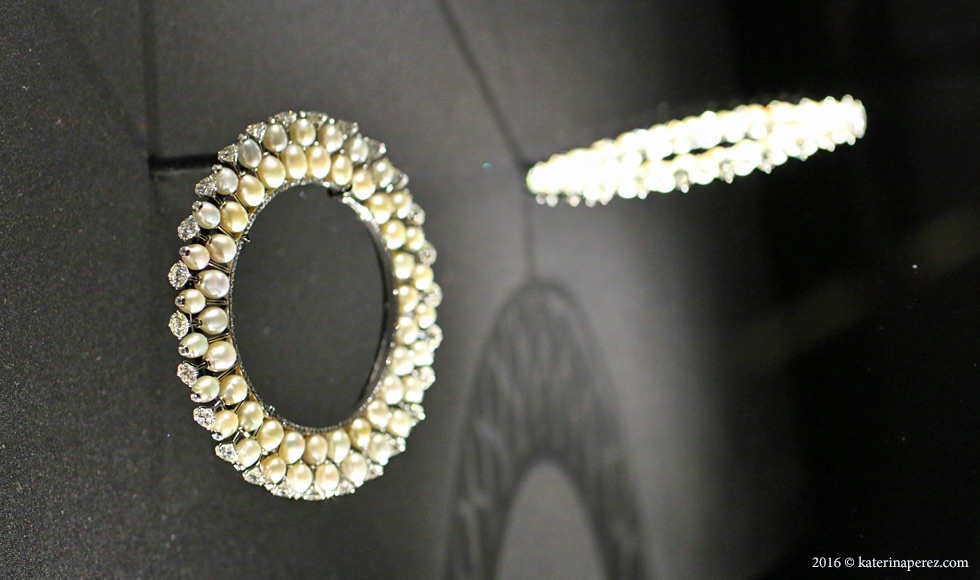 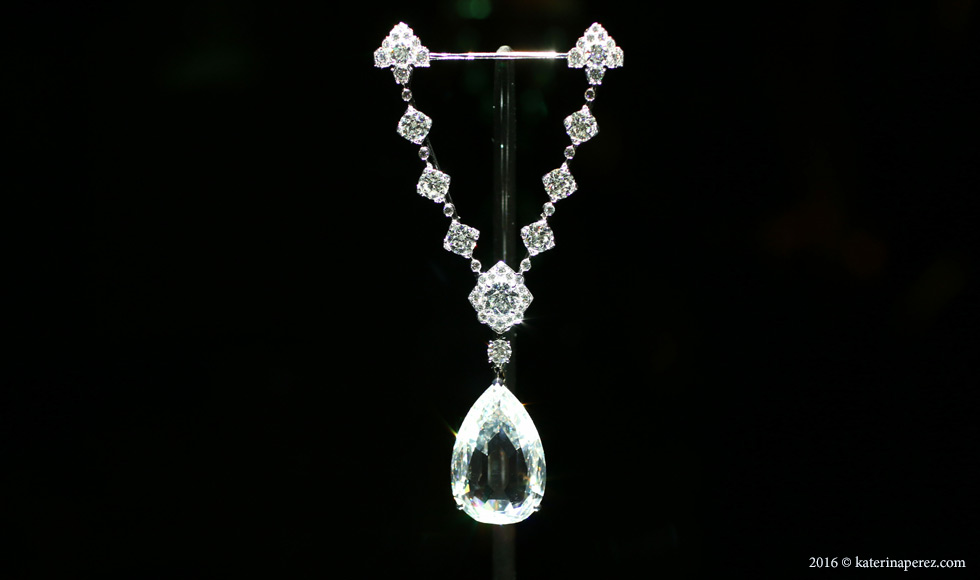