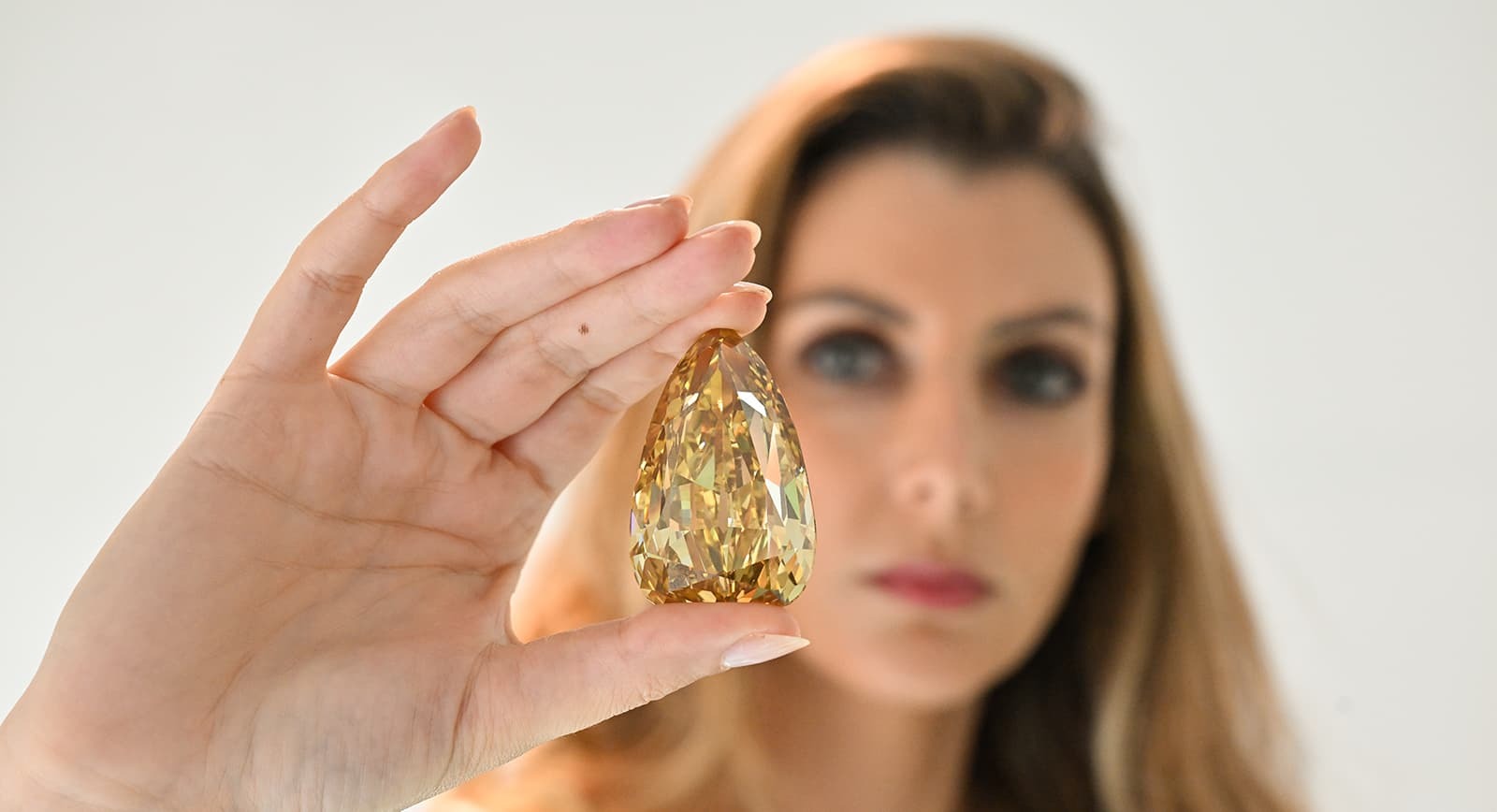 The Golden Canary: The Story of an Unprecedented Yellow Diamond

In October 2022, Sotheby’s Dubai unveiled The Golden Canary – a flawless 303.10 carat fancy deep brownish-yellow diamond whose story began in the Democratic Republic of Congo. Let’s dive deeper into the remarkable story of this statement stone, how it was discovered, and why it’s back in the spotlight now.

It's often the case that the bigger the stone, the bigger the story. The Golden Canary diamond is one such mineral storyteller, and it’s now ready to be auctioned at Sotheby’s New York in December 2022. The stone, which weighs in at 303.10 carats, is the largest flawless or internally flawless diamond ever graded by the Gemological Institute of America (GIA). Of course, what makes it stand out over and above its enormous size is its colour… a fancy deep brownish-yellow that’s warm like sunlight but with an autumnal edge.

“With its almost incomprehensible combination of size and saturation, the Golden Canary is quite literally 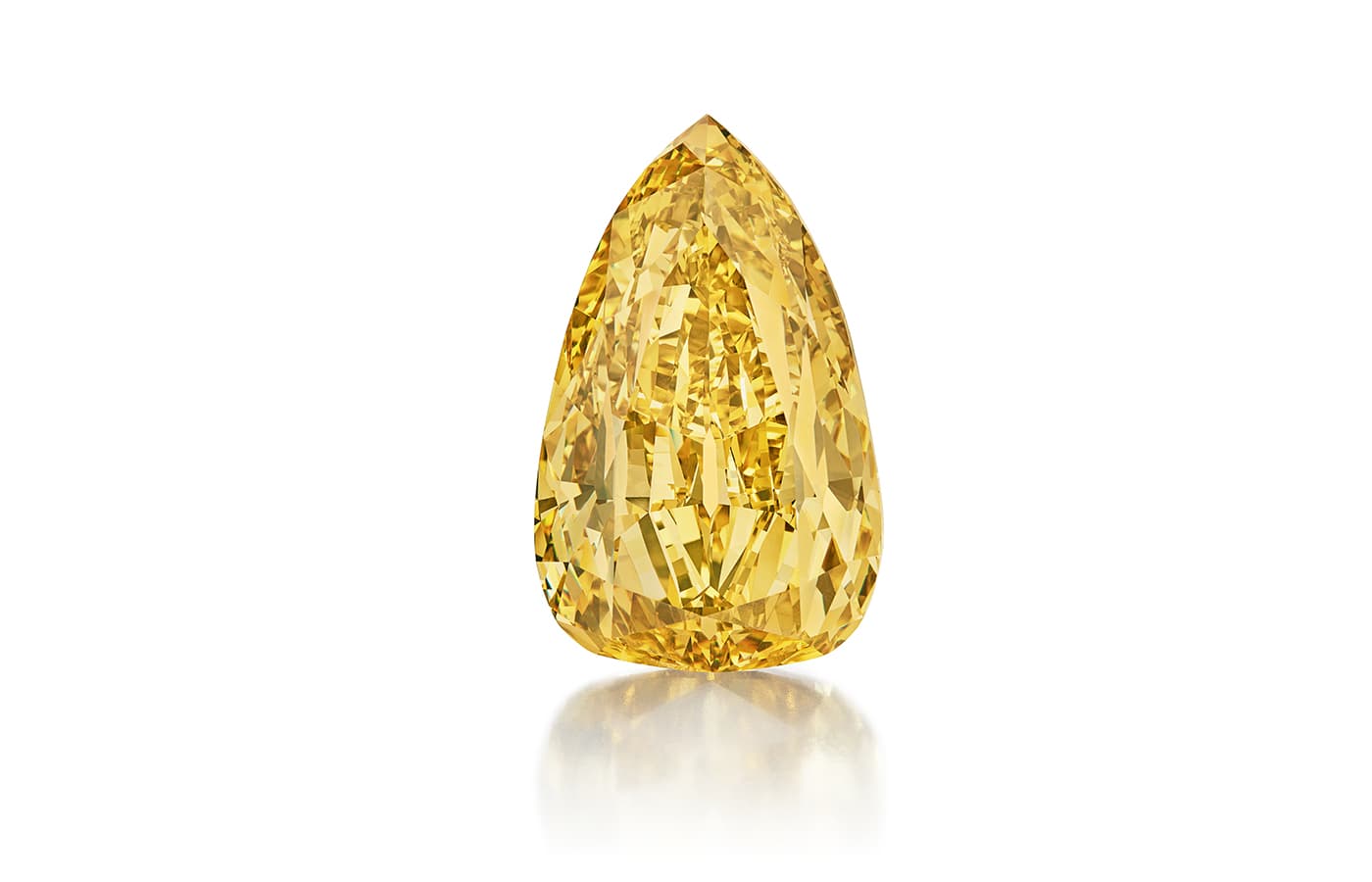 High quality yellow diamonds are far rarer than their colourless counterparts. According to Sotheby’s, fancy yellow diamonds make up just 0.006% of all diamonds mined and, of these, only a tiny percentage will be saturated and internally flawless like The Golden Canary. This gem also has a fascinating history and provenance that will be especially enticing to collectors. It formerly weighed just over 407 carats and was named the “Incomparable Diamond”. However, a decision was made to recut this original stone and transform its shield-shape into a classic pear-shape. Now, the gem is deeper in colour, brighter in hue and has a more elegant shape that should hopefully appeal to as wide an audience as possible. 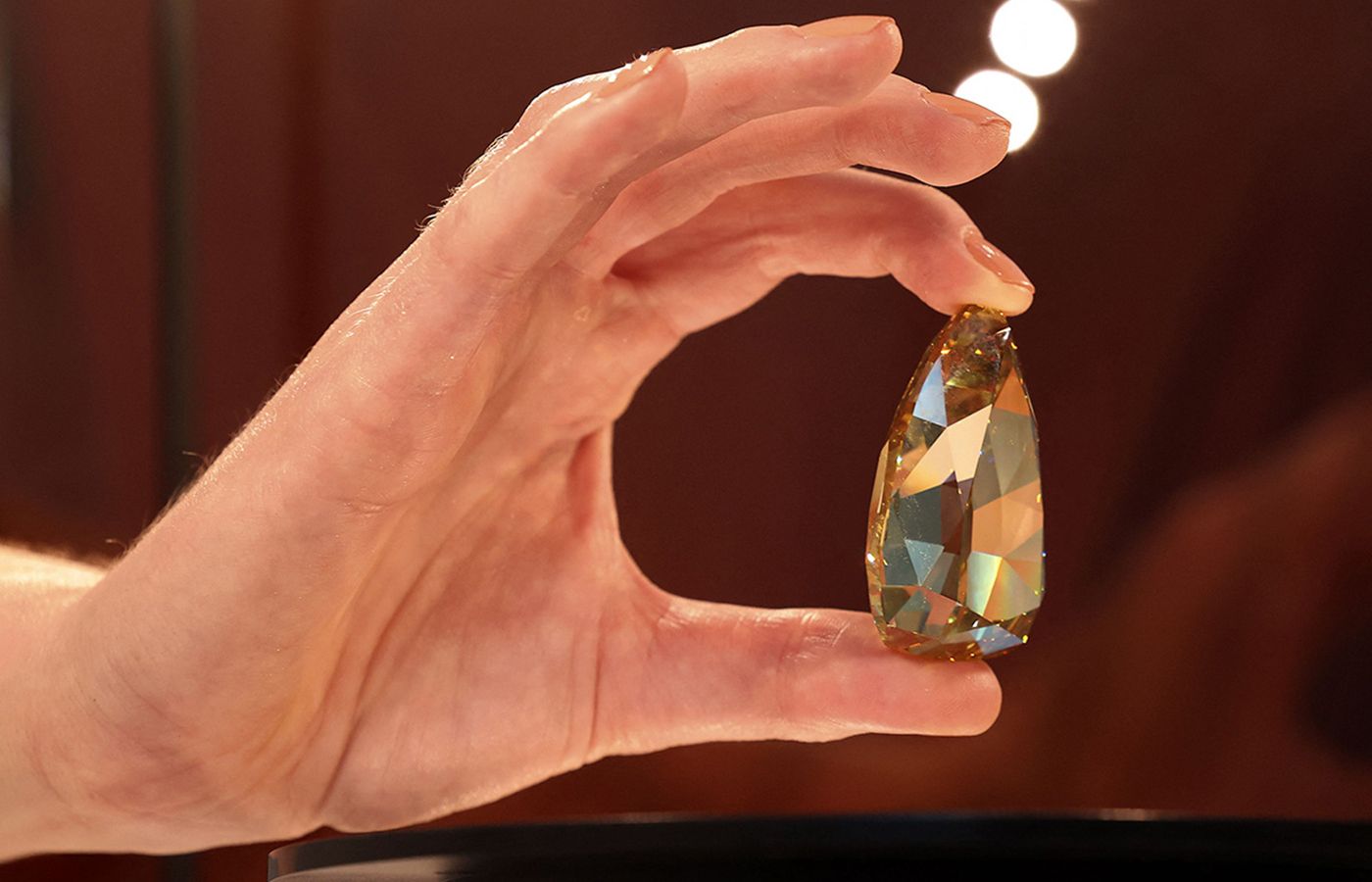 If we trace the stone further back in time, we land in the Democratic Republic of Congo in the early 1980s. It was originally found in a pile of rubble by a young girl playing in the backyard of her uncle’s house. At the time, miners from the nearby MIBA diamond mine had considered the discovery too bulky to be diamond-bearing and had discarded it. Little did the miners know, that rubble turned out to be an 890-carat rough diamond, one of the largest rough diamonds the world had ever seen. The girl gave the stone to her uncle, who, in turn, sold it to local diamond dealers.

The diamond was later presented to the public in 1984 at the Smithsonian National Museum of Natural History and, over the next five years, the rough material was cut into 15 finished gems. One of these was the “Incomparable Diamond,” which was formed into a shield-shape to preserve the weight of the rough. The stone appeared in numerous exhibitions across the world but talk of recutting the gem gathered pace. Here’s what the GIA had to say about the decision: “The re-cut of the Incomparable to the current 303.10 carat pear modified brilliant is to look at the diamond as new; a re-creation bringing to bear the advances in technology, computer modelling and visual evaluation available today. Everything from the orientation of the stone, to its shape and cutting style, has been considered.” 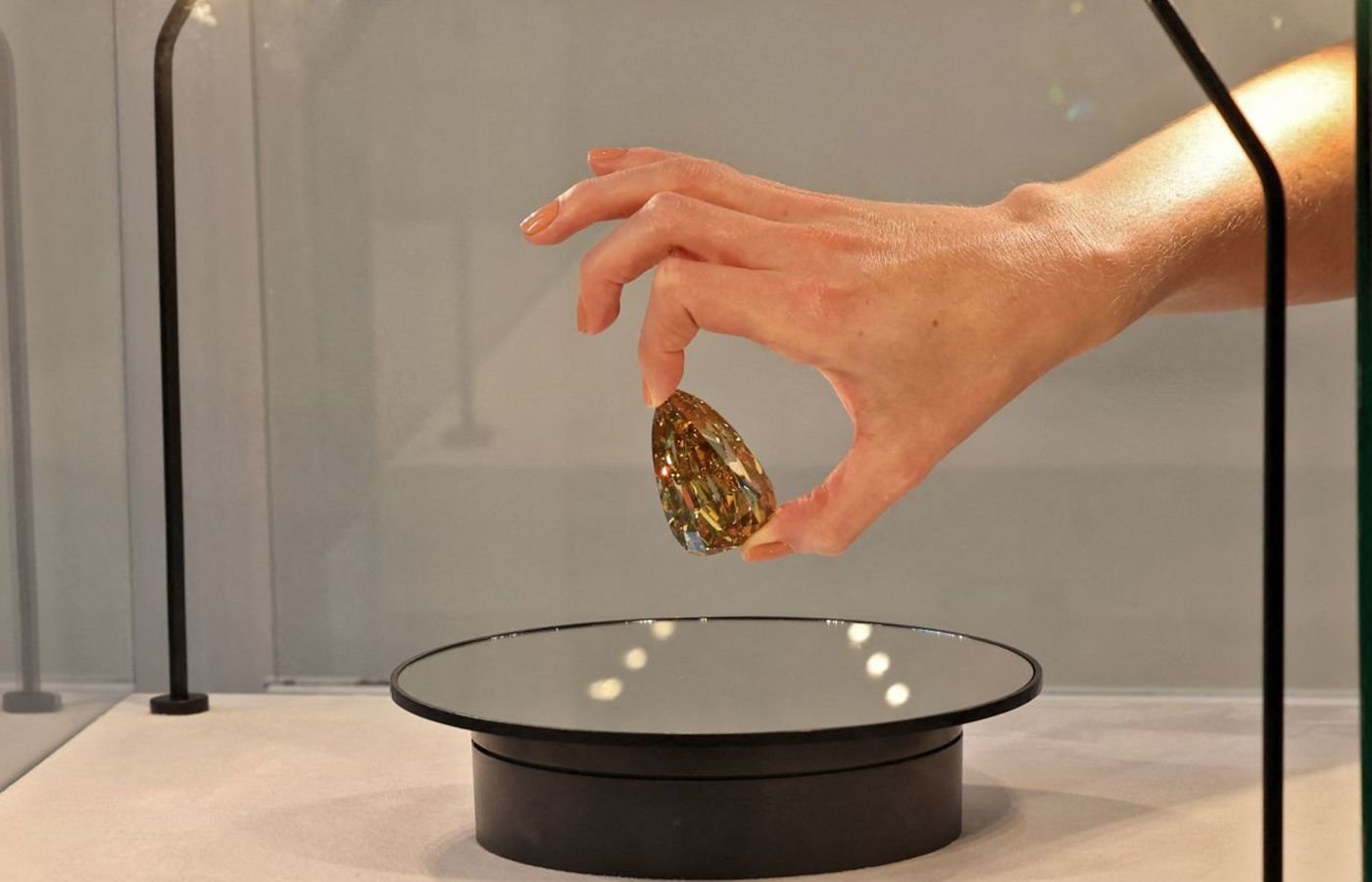 Such a historically important diamond is going to bring a crowd at Sotheby’s New York when it hits the auction block on December 7, 2022. Before that, though, it is off on a world tour of Sotheby’s galleries, starting in Dubai and travelling to Taipei, Geneva and Hong Kong. It has an estimate in the region of US$15 million and is being offered without reserve, with bidding starting at just US$1. Who will be adding such an enormous feat of mother nature to their private collection? I doubt we will ever know… but isn’t that part of the great Hollywood story of exceptional diamonds?! I will let you decide.