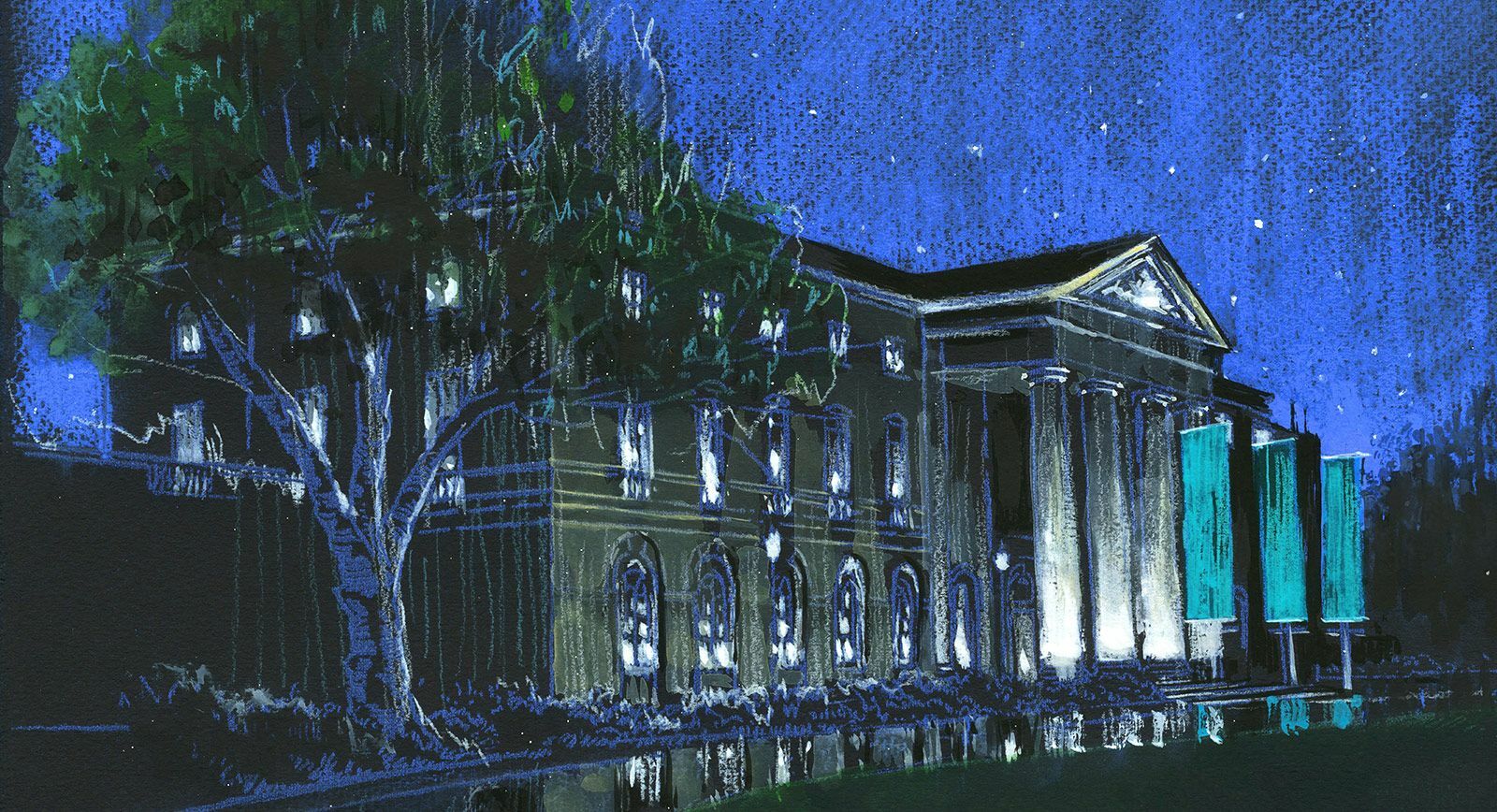 Tiffany & Co. is one of the oldest jewellery brands in the world, and one of the most famous. Throughout its 185 years, it has amassed a treasure trove of stories, gemstones and jewels, and we are looking forward to discovering many of them when a major new exhibition opens at the Saatchi Gallery in London this summer.

For jewellery lovers, and specifically fans of those famous little blue boxes, a landmark exhibition is about to open in London. Vision & Virtuosity, which will take over the Saatchi Gallery from June 10 to August 19, 2022, is a celebration of 185 years of Tiffany & Co., the New York jeweller founded by Charles Lewis Tiffany in 1837. 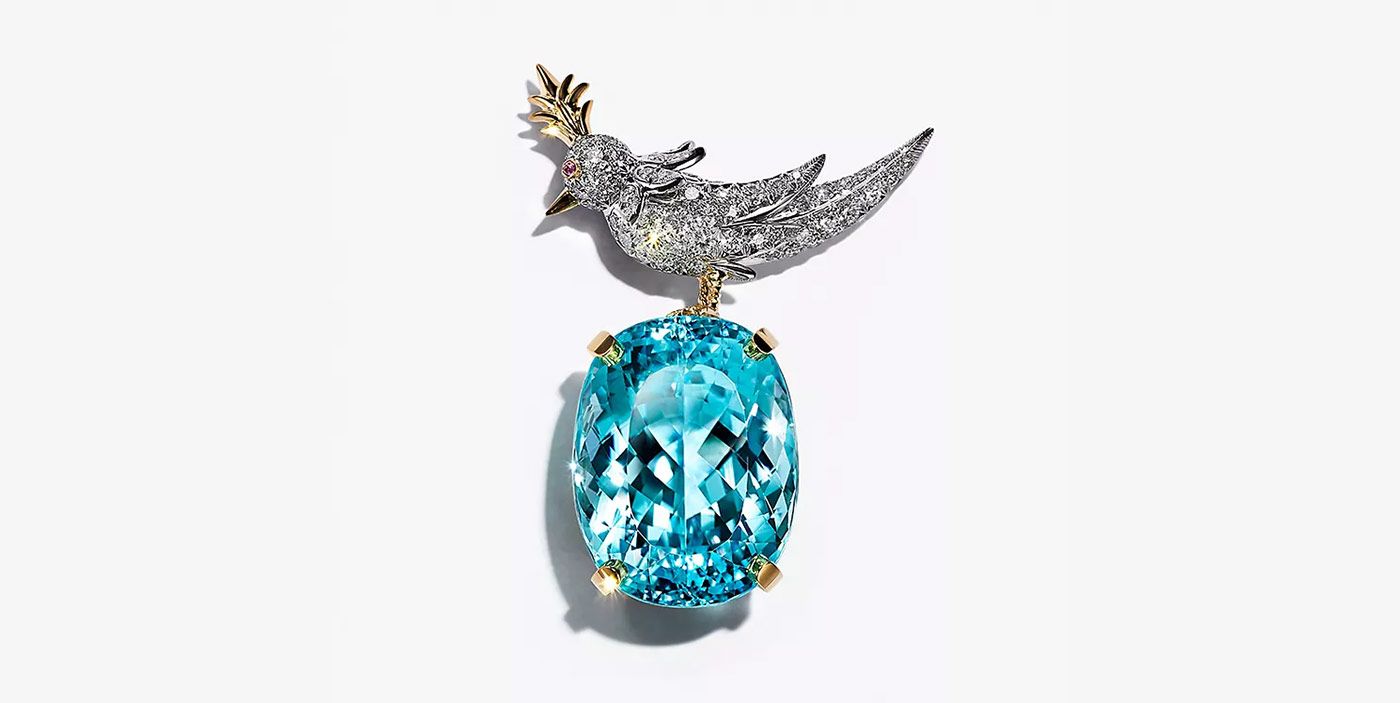 Tiffany & Co. is one of the most famous brands on the planet. Its robin egg-blue boxes are synonymous with romance and, thanks to the success of the 1961 film Breakfast at Tiffany’s, it became a household name. While it might be a super brand today, the jeweller is also an innovator – a characteristic that weaves throughout its history. 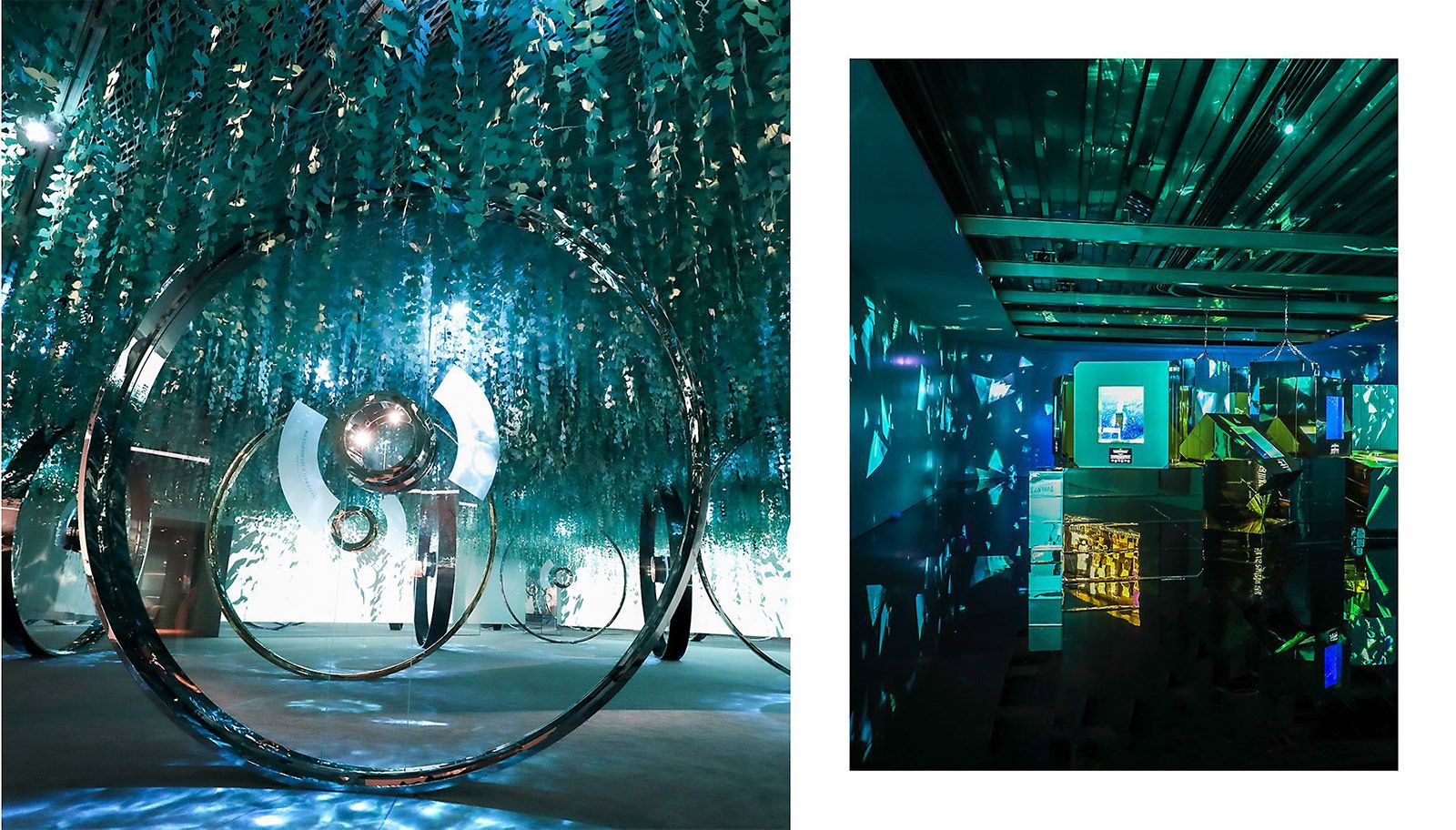 It was the creator of the modern-day solitaire engagement ring, after releasing what was, in 1886, a provocatively simplistic six-prong design holding high a round brilliant diamond called the Tiffany Setting. It was also involved in the discovery of new gemstones, such as kunzite and tanzanite, and in 1845 it became the publisher of the first-ever US mail-order catalogue, which you might know as The Blue Book. It has been a springboard for designers such as Elsa Peretti and Paloma Picasso and has produced jewellery icons such as the Bone Cuff and Return to Tiffany heart-shaped locks. It even revolutionised boutique displays, creating tiny theatrical scenes for its jewels with a little help from visionary window dresser Gene Moore. 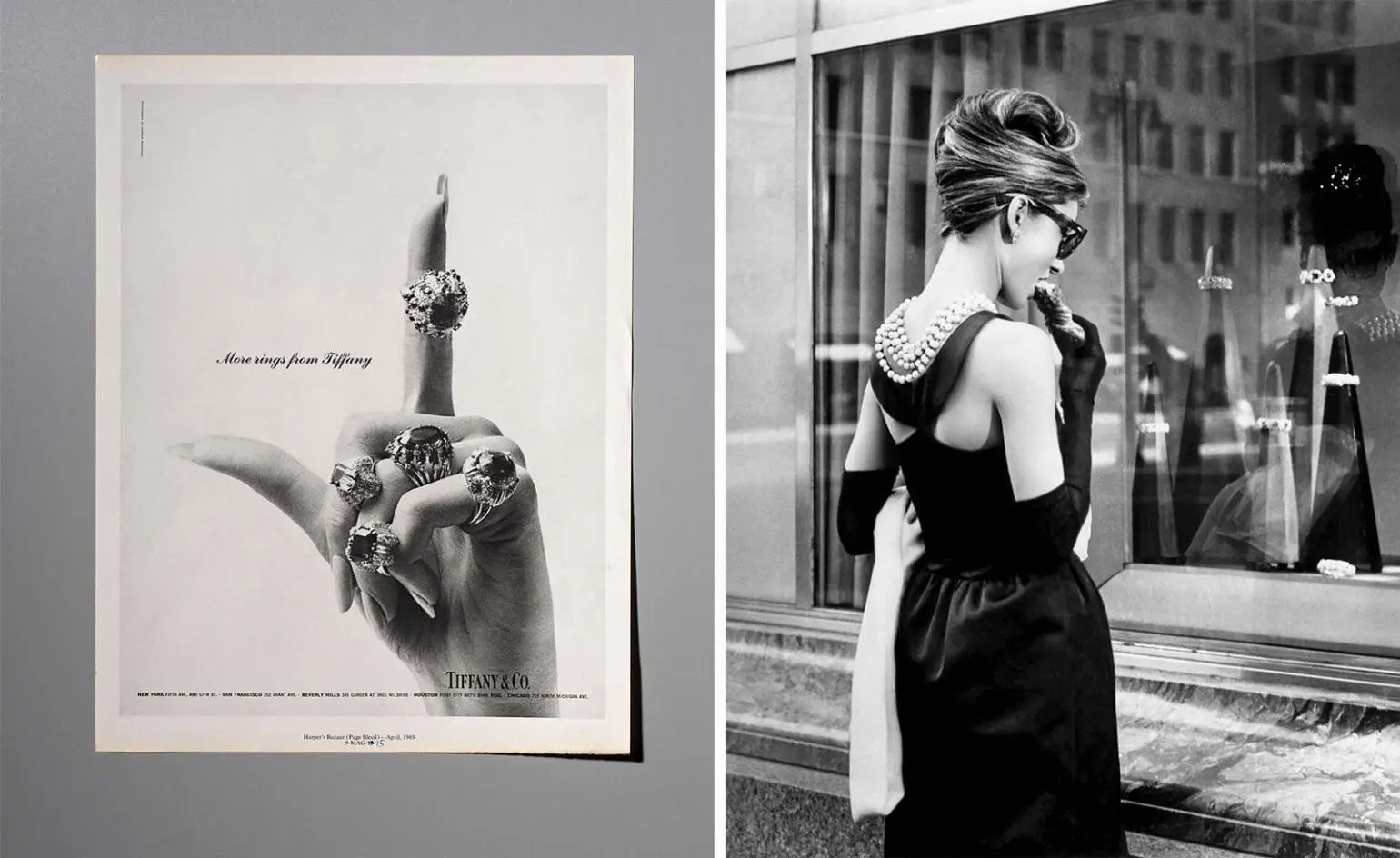 The London exhibition, which is free to attend, will take visitors on a journey through time that explores all this rich history, and more. “Vision & Virtuosity tells the extraordinary story of one of the oldest luxury jewellers, through its history of pioneering creativity, legendary craftsmanship and sourcing of the world’s most extraordinary diamonds and gemstones,” said Anthony Ledru, Tiffany & Co.’s president and chief executive.

“This exhibition perfectly captures our long-standing heritage in bridging tradition and modernity. We are thrilled to share the world of Tiffany & Co and our unique high jewellery style with London.” 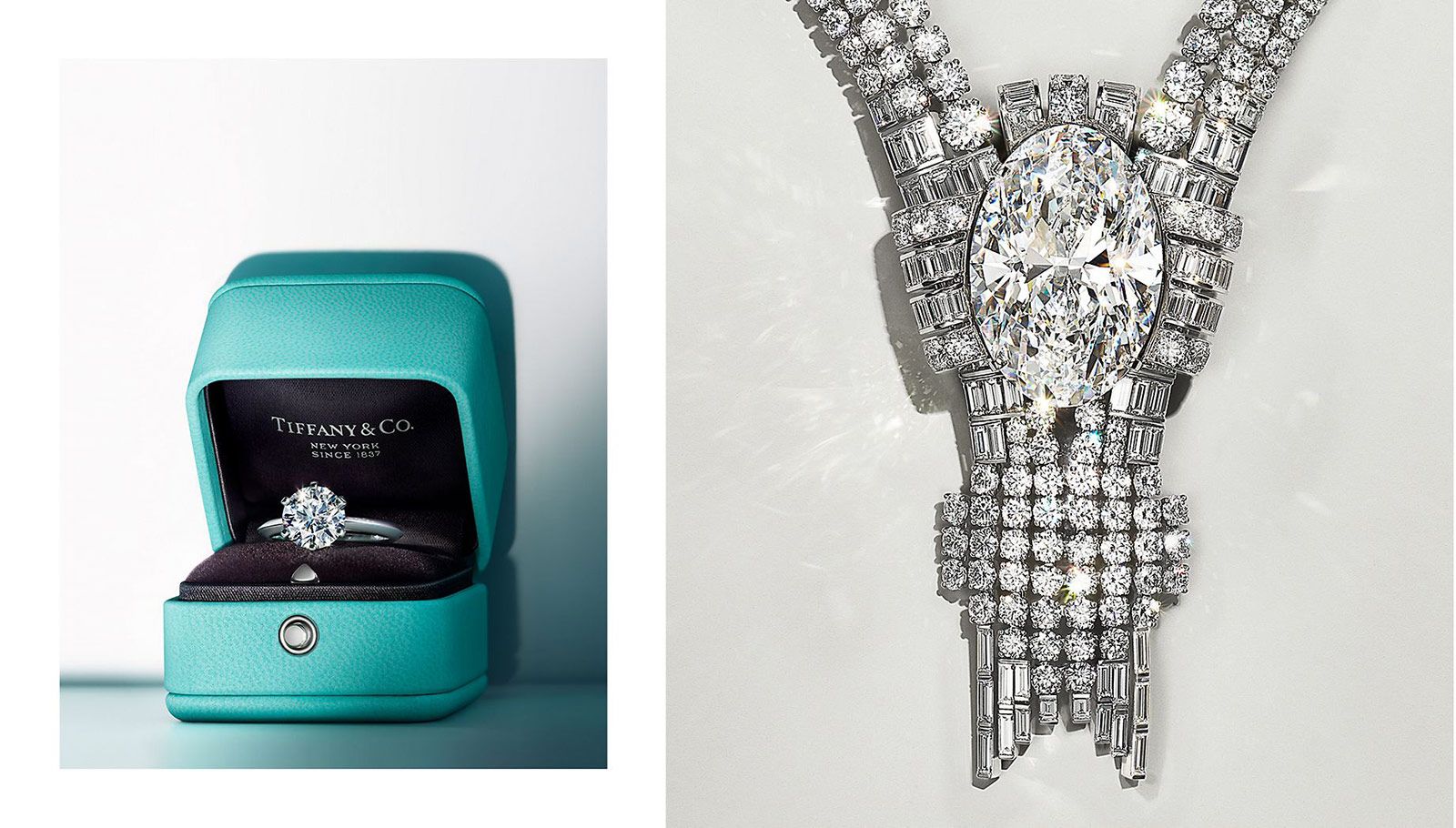 For those hoping for a glimpse of some of Tiffany & Co.’s more spectacular jewels, they will not be disappointed. The exhibition will have an entire room dedicated to its Blue Book High Jewellery collections, including the recently acquired Empire Diamond. The D-colour, internally flawless, Type IIa oval diamond weighs more than 80 carats and is the most expensive stone Tiffany & Co. has ever put up for sale. The most expensive rock it will never sell is the legendary 128.54-carat Tiffany Diamond, and this famous gem – worn by only four women throughout its history – will be the climax of Vision & Virtuosity. Its presence will allow for a rare chance to view the gemstone outside of its permanent exhibition at the Tiffany & Co. flagship store on Fifth Avenue in New York. 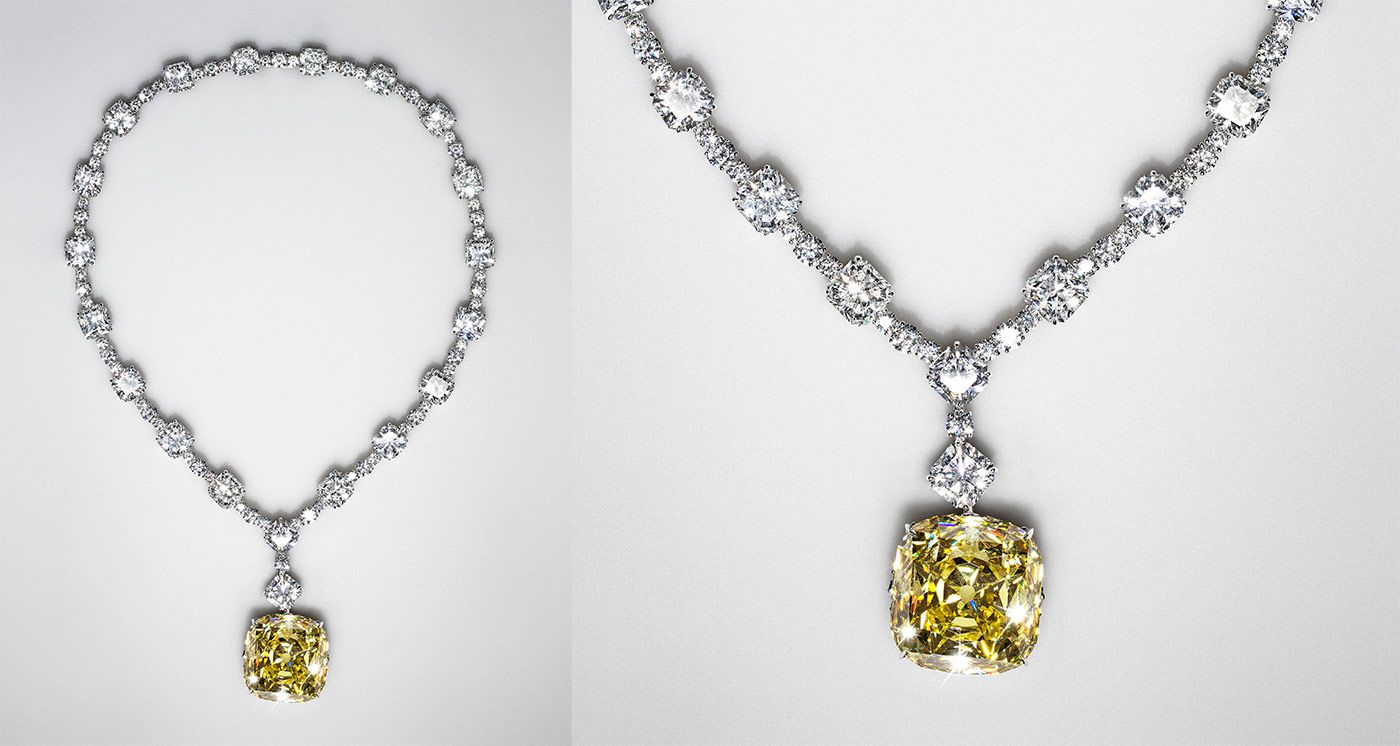 And for those who enjoy the gift shop as much as the exhibition, there will be lots of Tiffany Blue treats to be found there, including hoodies designed by Daniel Arsham, footballs crafted by Wilson, and Bellocq tea sets. There will also be a catalogue to accompany the exhibition, with a foreword written by the late fashion editor Andre Leon Talley.

Now’s the perfect time to find your diary and save the date. This could be a once in a lifetime opportunity to see genuine Tiffany & Co. treasures in the flesh.