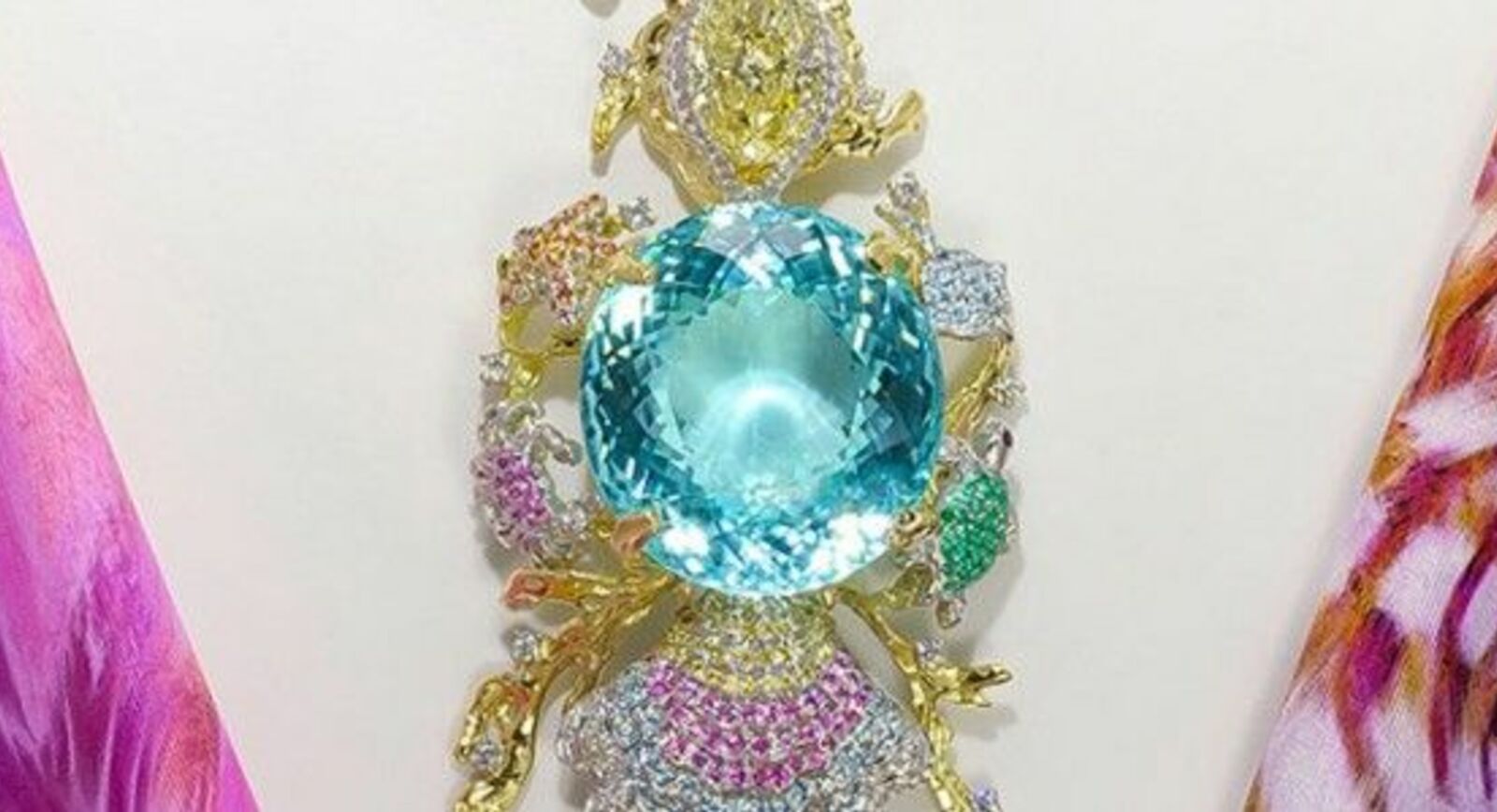 Amongst the ranks of extraordinary precious stones, which include the Hope Diamond, the Logan Sapphire, the Alan Caplan Ruby and others, there is a new incredible specimen. This time, it is a Paraiba tourmaline which has been named “The Ethereal Carolina Divine Paraiba”. It has comfortably broken the record set by the last tourmaline that was found and entered into the Guinness Book of Records weighing just over 51.77 carats.

“The Ethereal Carolina Divine Paraiba” comes in at exactly 191.87 carats, no more and no less. Its weight is undeniably remarkable and its size is no less striking: 36.44 mm by 33.75 mm by 21.85 mm. What is more, the stone is uniquely unblemished without any kind of obvious inclusions. It is more than just a rare find; the stone is one of the most precious gifts given by mother nature to mankind.

The Ethereal Carolina Divine Paraiba has the same neon pale blue colour as the silky sea of Mauritius. It was probably that very colour which inspired the president of Kaufmann de Suisse, Moneca Kaufmann, to create a golden piece of jewellery for the stone that resembles the depths of the sea. Over the imaginary bejewelled seabed there are fish swimming, crabs crawling and starfish resting, all encrusted with 1,706 precious and semi-precious gemstones (including an 11 carat yellow diamond).

The paraiba tourmaline itself has become part of the collection belonging to Billionaire Business Enterprise executive director Vincent Boucher. In 2014 the necklace will be put up for auction, but in the meantime – from 14th-24th December – the precious piece will stay where it is at the Kaufmann de Suisse boutique in Palm Beach, Florida. 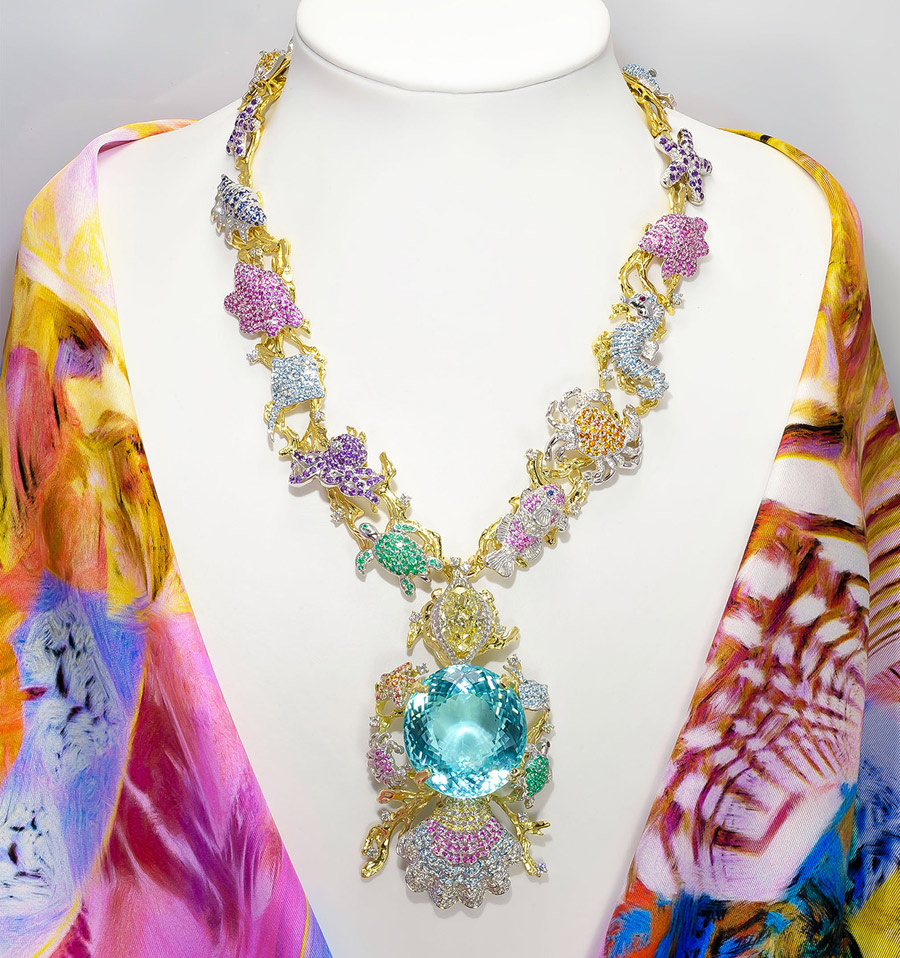