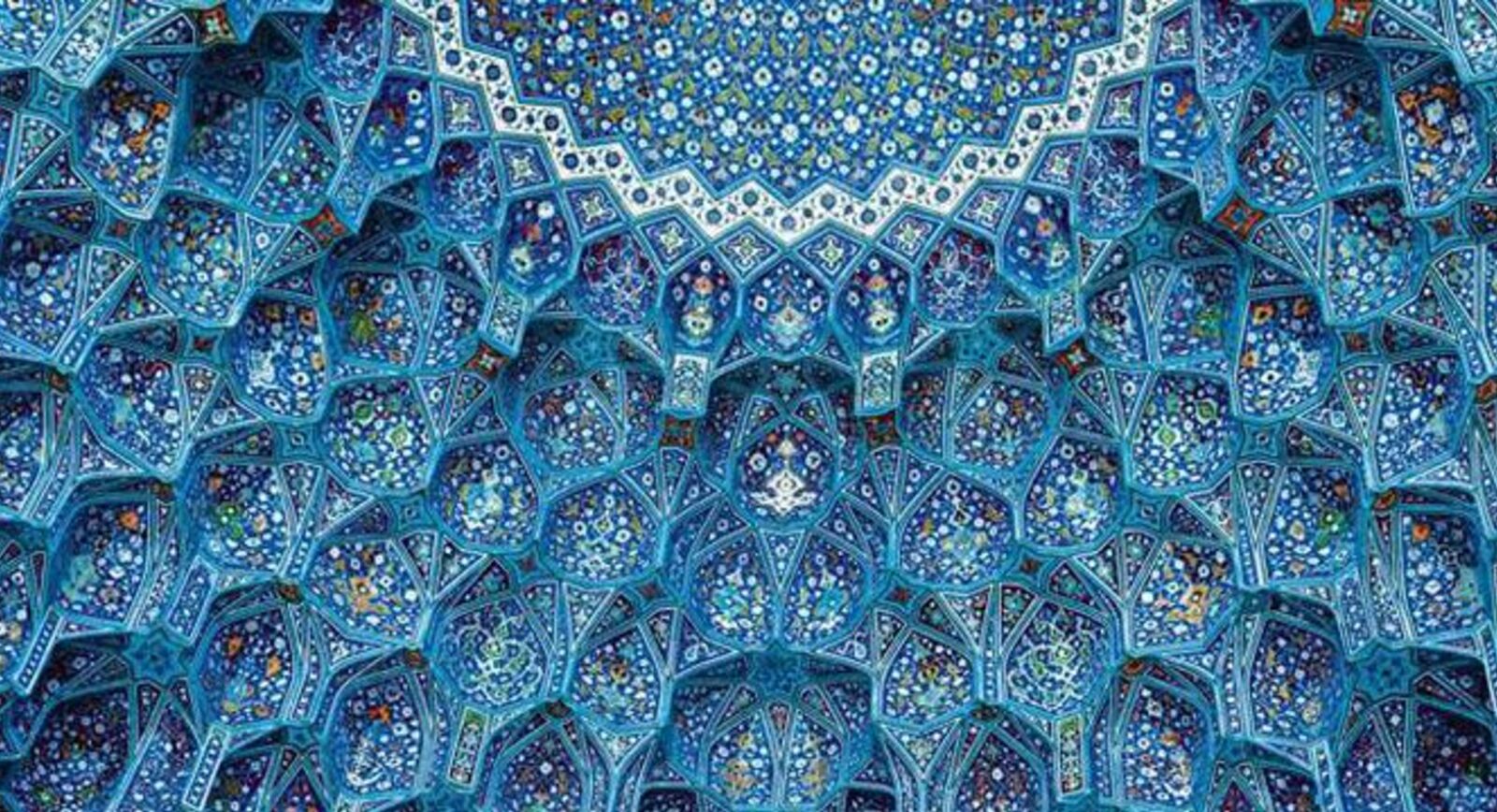 While searching for new creative ideas, jewellers often turn to architecture, namely its key shapes, decorative elements and intricate ornaments that are repeatedly reflected in jewellery design. One of the most common patterns that fascinated jewellery artists throughout the years is the arabesque.

Arabesque (Italian Arabesco – Arabic) is the European name of the complex ornamental decoration composed of geometrical and foliage elements, sometimes incorporating sophisticated graphics of Arabic writing. Although the arabesque was very popular during the Renaissance, this skill of ornamentation was brought to the highest degree of perfection in the Islamic world and various cultures all the way from Morocco to Malaysia.

Arabesque is rich in various motifs that follow the same archetypal principles originated from many diverse cultures around the world, such as the Celtic, Norse and Aboriginal traditions. One of the principles, the eternal spiral, is reflected in sweeping and gentle patterns or leaves that come out from one point and radiate into secondary spirals. They reflect the progression of creation from the creator, while moving to infinity. The second principle is symmetry and structure, which are fundamental to a harmonious design. They exemplify completeness and perfection as well as the desire for unity. The third principle, rhythm and balance, is achieved by repetition and the careful arrangement of the motifs, which tessellate across the surface with an even rhythm and texture. 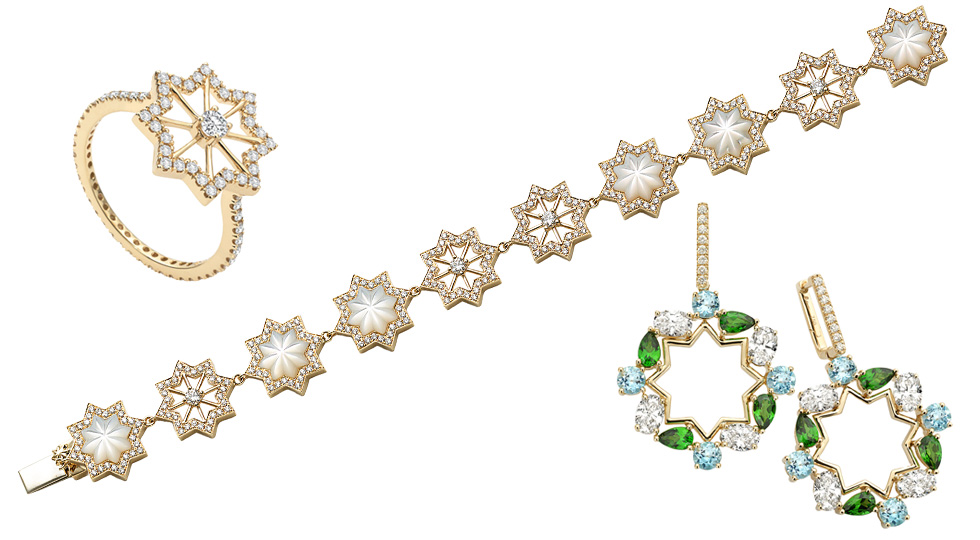 The tradition of elaborate, artistic metal work in Islamic countries evolved and improved over the centuries bringing recognition to Middle Eastern jewellers for their sophisticated design. One such good example is Alia Mouzannar’s Arabesque collection, which was created for A&W Mouzannar, the Lebanese jewellery house founded in the 18th century. Alia’s jewellery line – inspired by the popular element in Arabic architecture, Mashrabiya windows  – features intricate pieces crafted in gold and diamonds. It is worth mentioning that some jewels from the collection are transformable –the drop earrings can be split into a few brooches and worn separately.

For his Arabesque Deco collection Ralph Masri, another designer from Lebanon, used less intricate elements and built his pieces on neat repetition of geometric patterns.

“As a native of Beirut, I have always been surrounded by arabesque patterns that are prevalent in the local architecture. Since my city is a beautiful mix of both the East and West, I decided to give my collection a western touch by incorporating an art deco twist,” says the designer.

Fahad Al Hajiri and Alanood Al Sabah, founders of the Kuwait-based brand Octium, are both aficionados of architectural forms. They embody the symmetry and clean lines of erected buildings in their fine jewellery collections. Their fourth collection, Alandalus Night, features a key arabesque element – the octagonal star that often appears on the arches and domes of mosques. It is represented on every piece in the collection made in 18k gold, diamonds, mother-of-pearl or coloured gemstones. 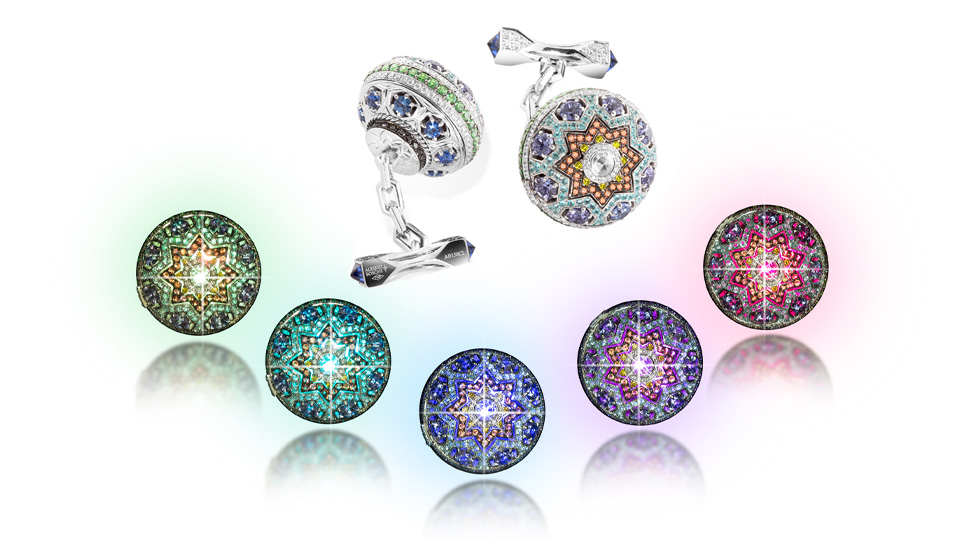 Reminiscent of the intricately decorated domes are the latest bejewelled pieces by the Italian designer Alessio Boschi – the Qajar Pride Cufflinks. Created using a variety of gemstones such as white, yellow and black diamonds, blue, orange and purple sapphires as well as Paraiba tourmalines, they are dedicated to the notable level of architecture and decoration of Panj Kāse (five concaved) design characteristic of the Nasir Mosque in Iran. The Qajar Pride Cufflinks have a unique feature – a hidden light source that illuminate the cufflinks from within.

If we talk about foliage patterns that are characteristic of arabesque designs, then Messika’s Eden collection would be yet another brilliant example. Delicate Eden necklaces, earrings, rings and bracelets take us back to the enchanting world of a paradise lost. The name for the collection reflects the source of inspiration – the gardens of celestial paradise and the endless maze featuring elaborate diamond patterns contrasts with the jewels mentioned above.

Intricate arabesque elements have also been a source of inspiration for Haute Joaillerie houses. They often decorate important pieces created by the Geneva-based jeweller Boghossian whose early founders started their successful business in Beirut. “Mesmerising oriental patterns and curves, which mirror through architecture, art and ballet, arabesque and Mughal designs, have become the signature design elements of Boghossian jewellery,” says Albert Boghossian, the company CEO. 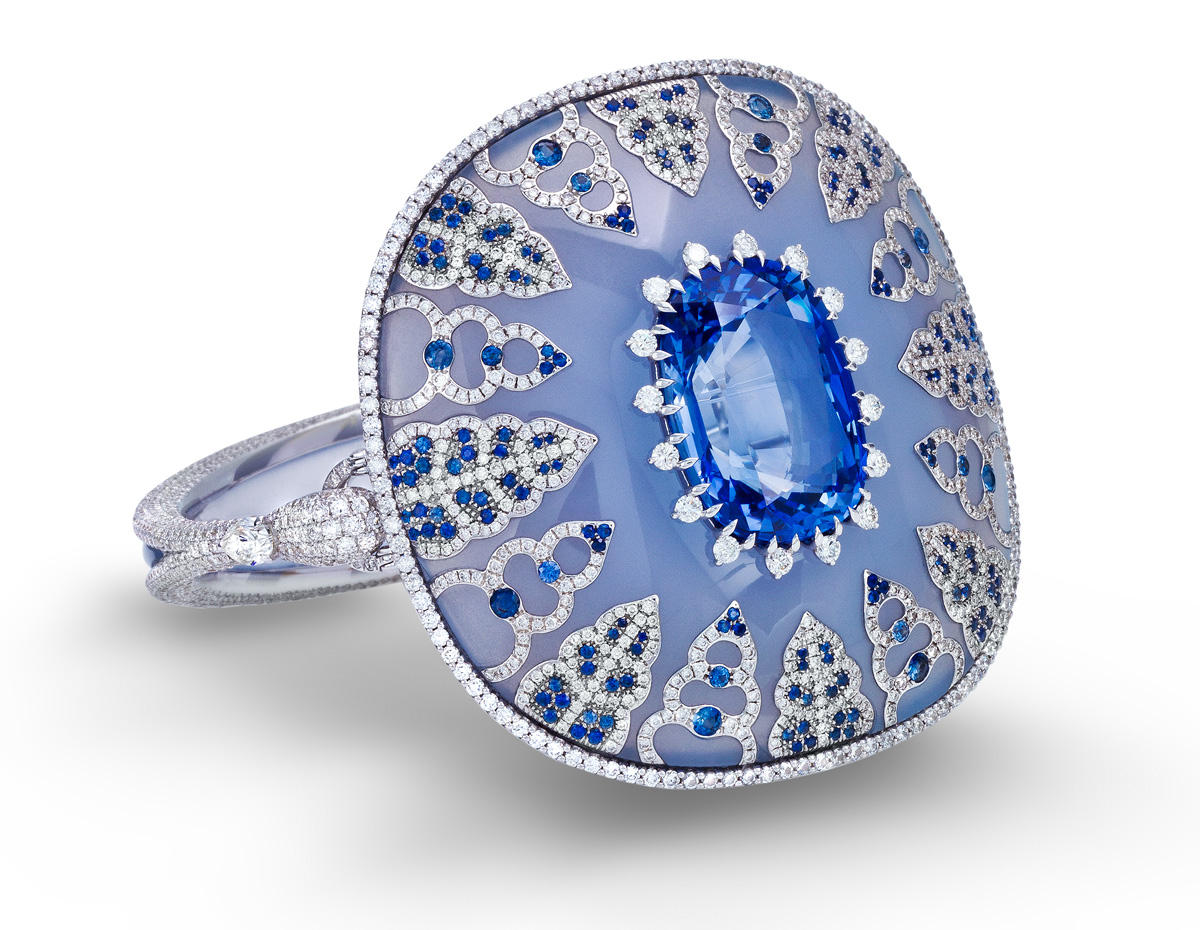