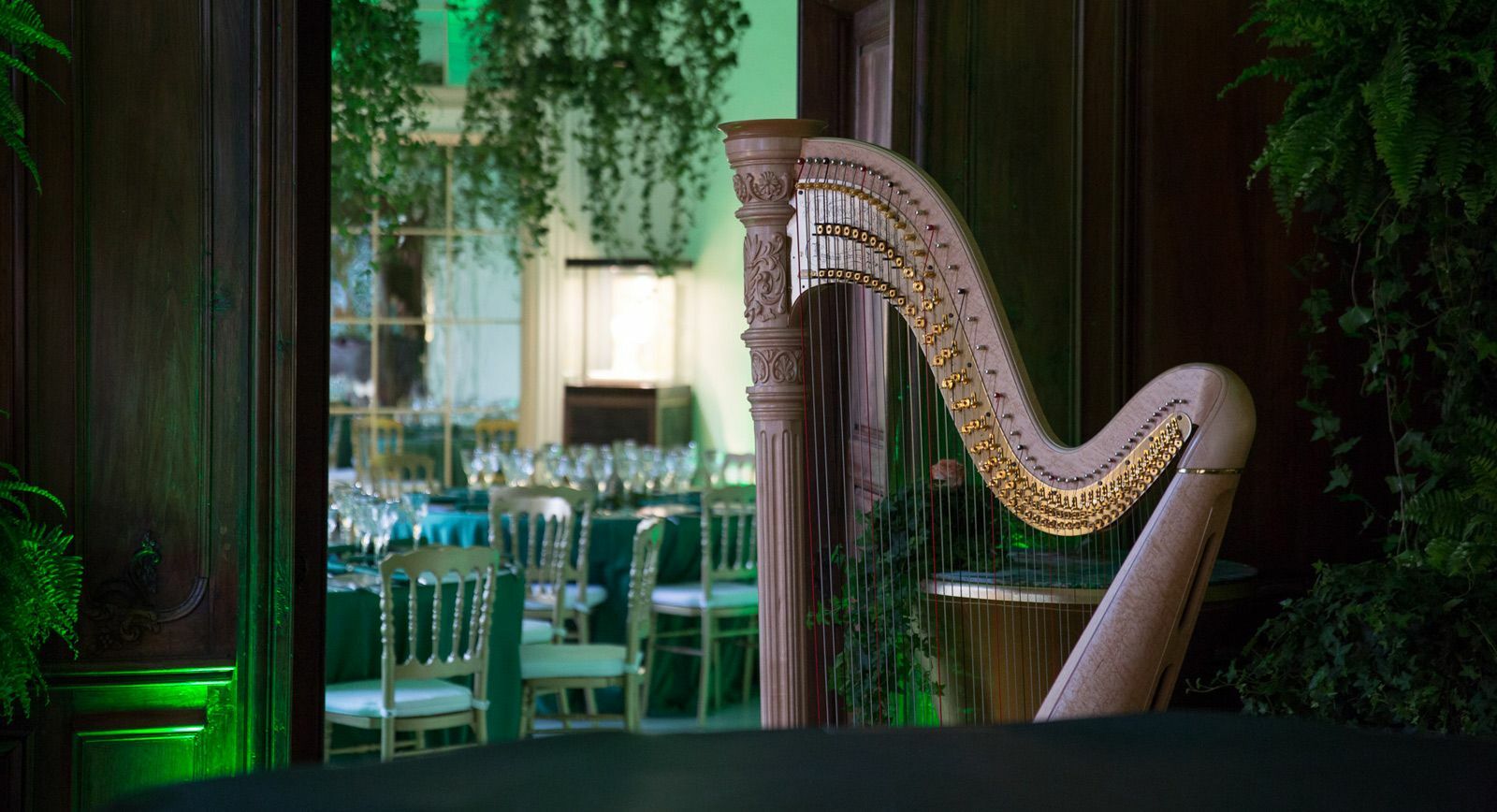 Gübelin: a private dinner party in honour of the release of the Mystical Garden collection

The Swiss jewellery maison Gübelin has released its Mystical Garden world of high jewellery. The necklaces, earrings and rings embody the inner world of precious stones, a genuine ornamental interpretation of their natural inclusions. To mark the launch of this unique jewellery aesthetic, a formal celebration was organised at Villa Wenkenhof near Basel which I would like to tell you about.

Basel is a city I associate with the annual watch and jewellery trade show Baselworld, so first I found it a little bit strange being there in November. From the airport, I made my way to the Trois Rois hotel from where I was to be collected and taken to dinner that same evening. I knew nothing but the name of the villa where the event was to be held and could hardly contain my excitement in anticipation. You could say that the Mystical Garden collection was shrouded in secrecy, which is entirely apt given the name of the collection. 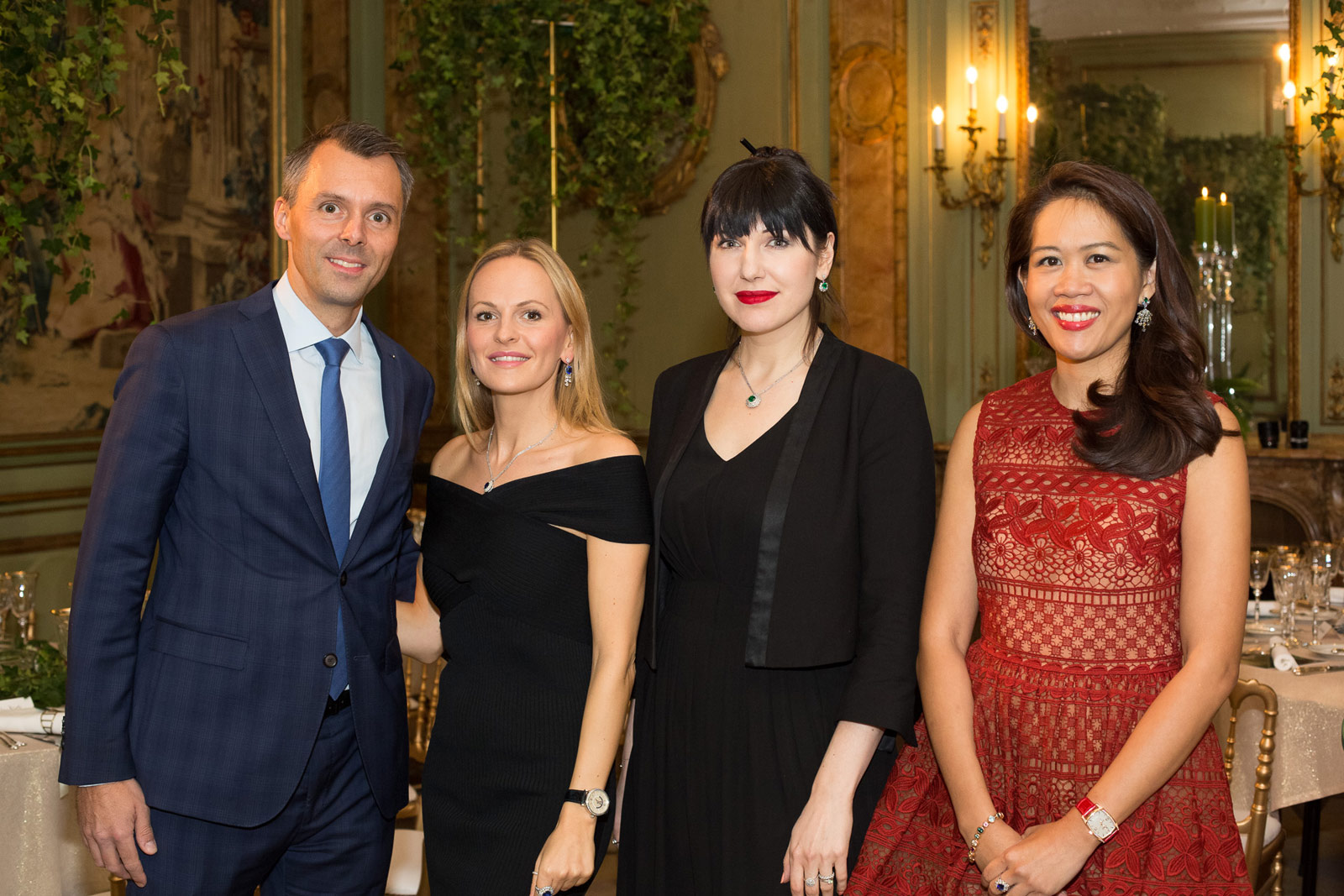 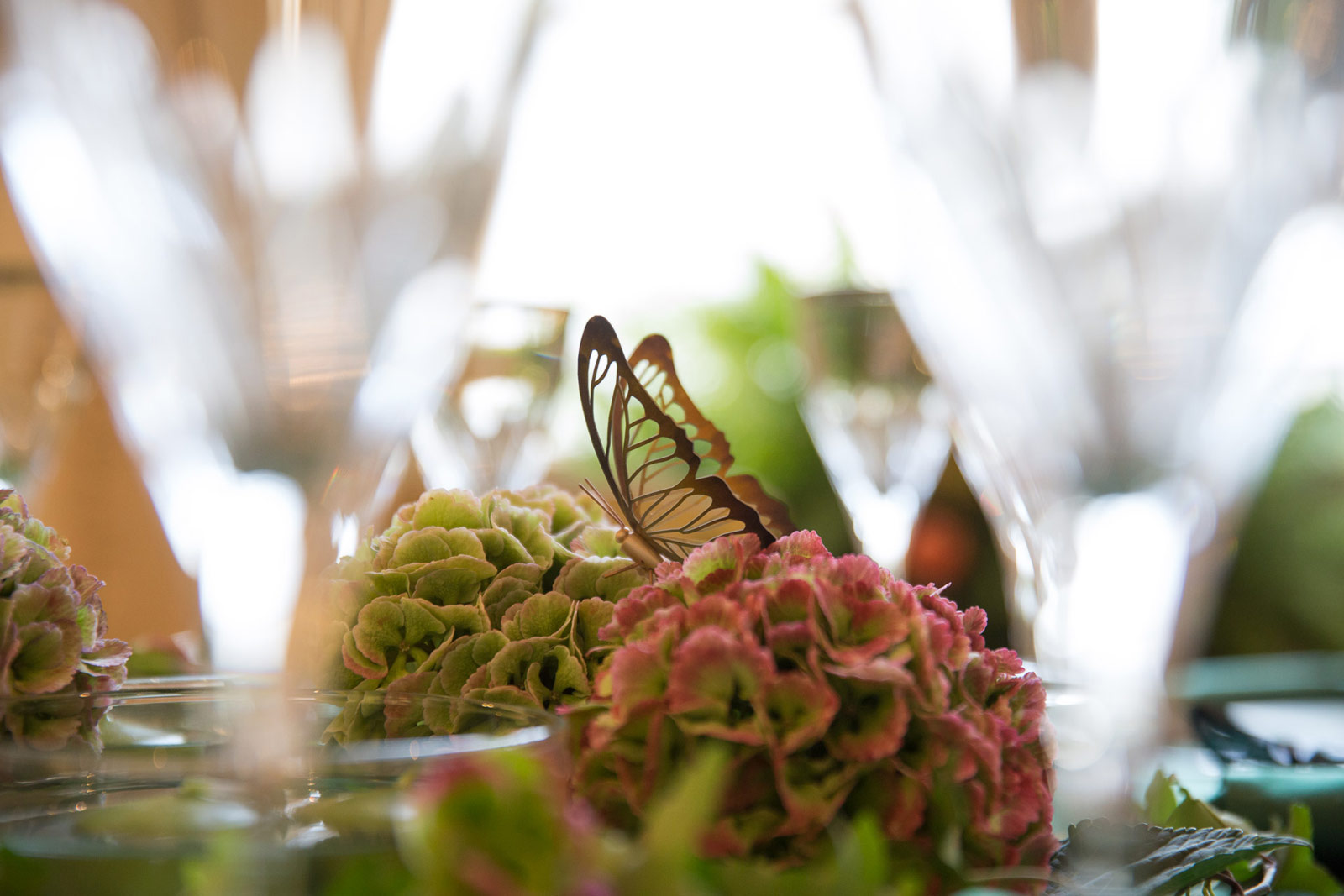 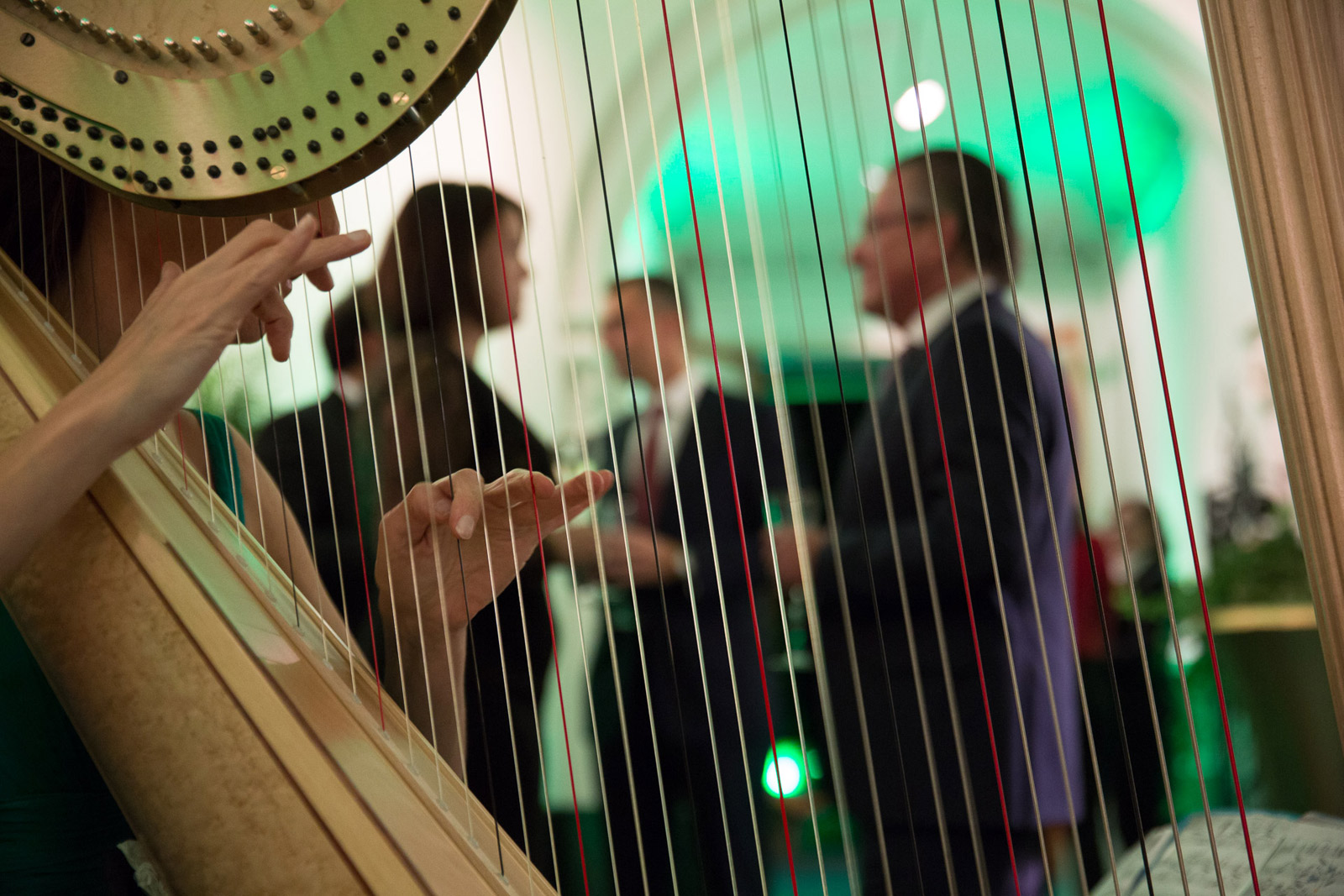 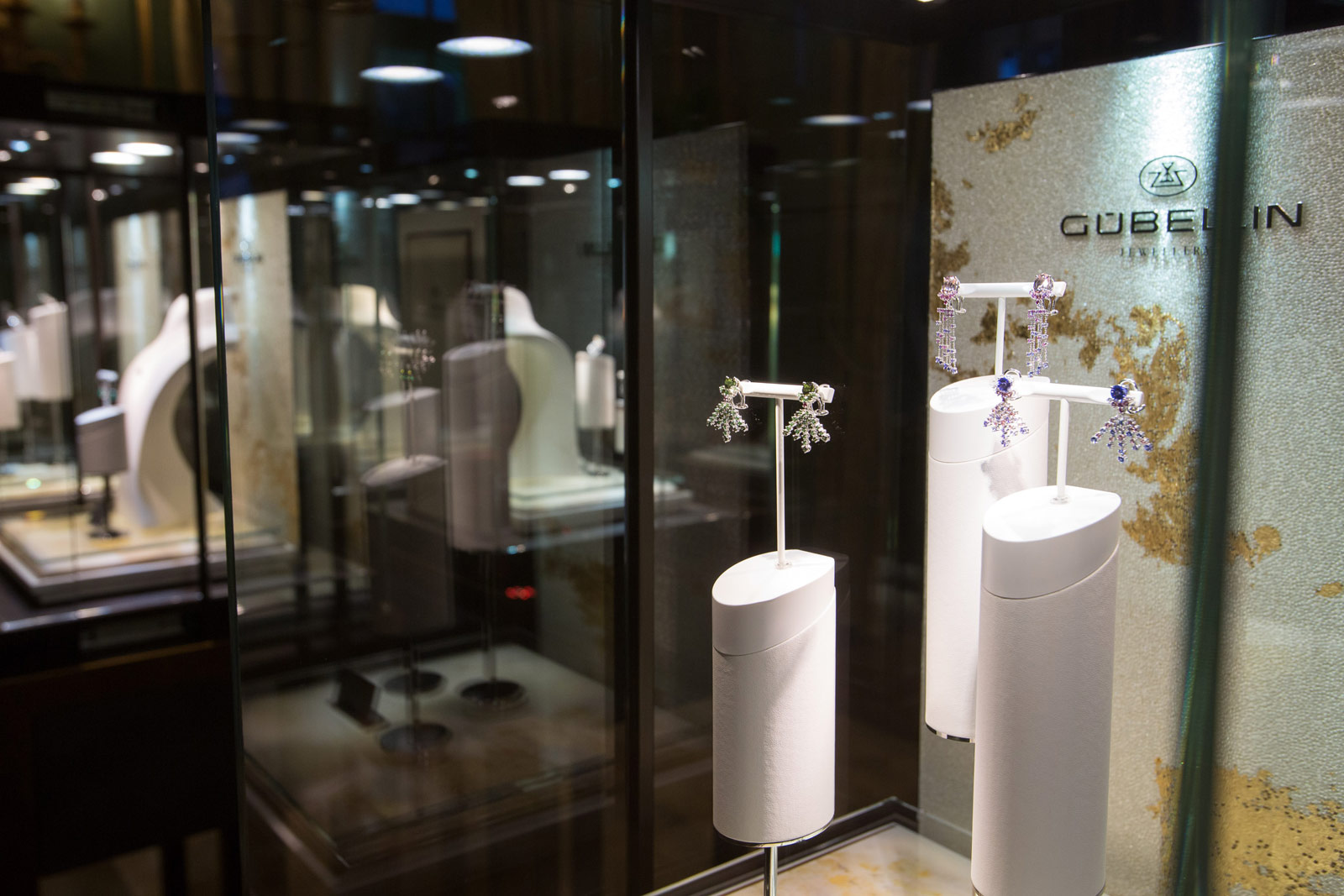 The time came: we were just approaching Villa Wenkenhof when I saw a building emerge from the darkness radiantly bathed in an emerald light. This was the historic residence surrounded by exquisite French gardens and an English park. I heard it called the Swiss Versailles, but due to the late hour I did not get the opportunity to assess the beauty of its exterior features myself.

The delicate sounds of a harp rippled from the main entrance before the musician herself appeared just inside as I entered. Next to her stood “butlers” with cocktails and a hostess welcoming the guests. I was invited to continue past the main staircase before finding myself in an old room with paintings and Gübelin Jewellery. Display cases glittered with pieces from the Mystical Garden world, with its Ancient Path and Ornament of Flowers lines. The area around the displays was decorated with gorgeous flower and plant bouquets that set the tone and matched the collection’s theme. 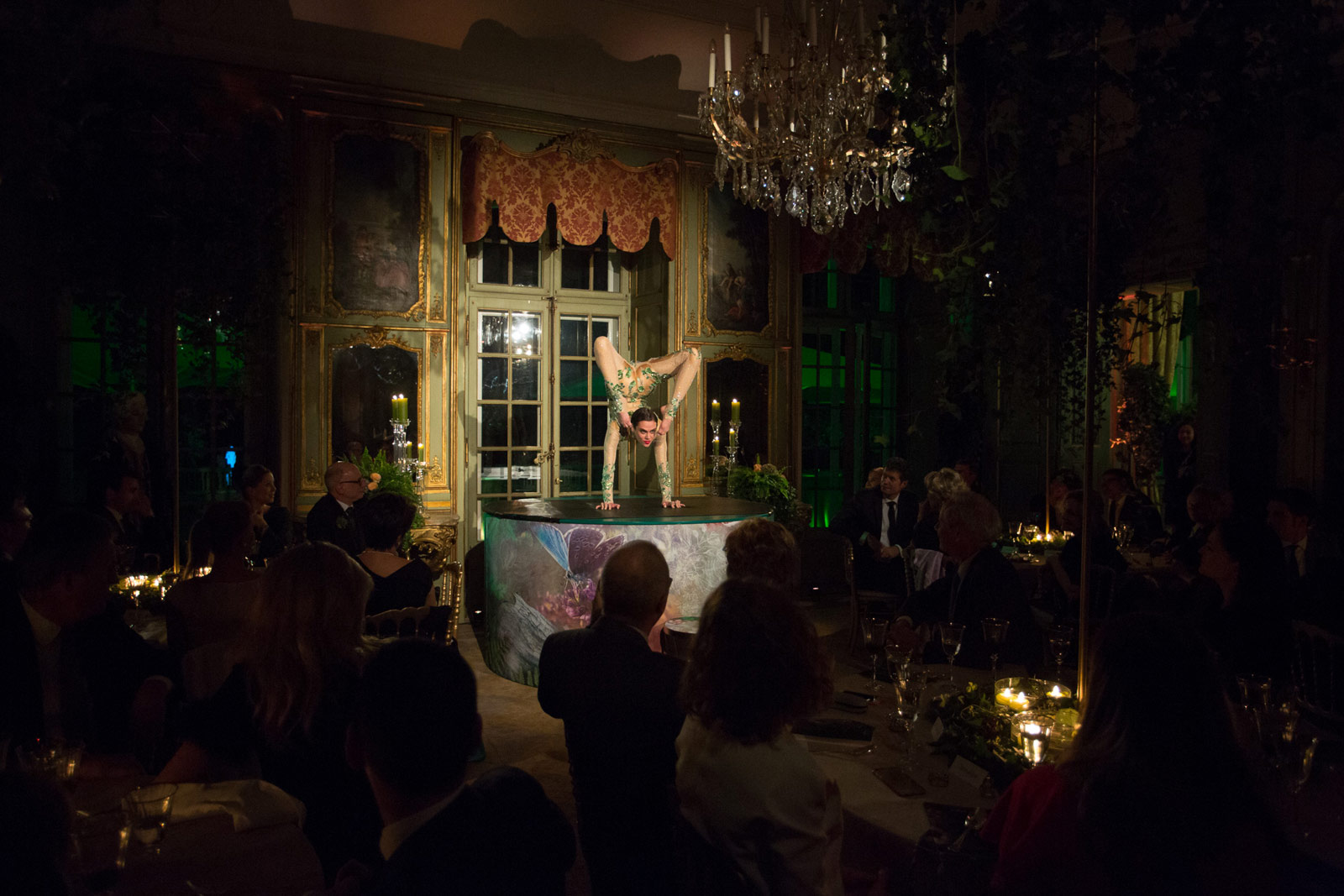 As it turned out, the most interesting thing was yet to come. The neighbouring room contained a secret garden constructed by the evening’s organisers where there were tables with seats for several dozen guests. Greenery was suspended from the walls and cascaded down onto the middle of the tables, like a crown of trees, while butterflies were fluttering on the table. In the middle of the room was a small stage which as it turned out was meant to be used for a special performance by the wonderful contortionist Nina Burri.

Before inviting the guests to take their seats, Raphael Gübelin gave a speech dedicated to the Mystical Garden world, focusing on both the creative process and the stones used. After the applause had died down, the guests took their seats at the dinner tables. Among them were Gübelin clients and journalists, including myself and the contributing editor of Forbes Nel-Olivia Waga. Our immersion into the world of a mystical garden was considered down to the smallest of details; even the food was served on trays laden with plants and pine branches. 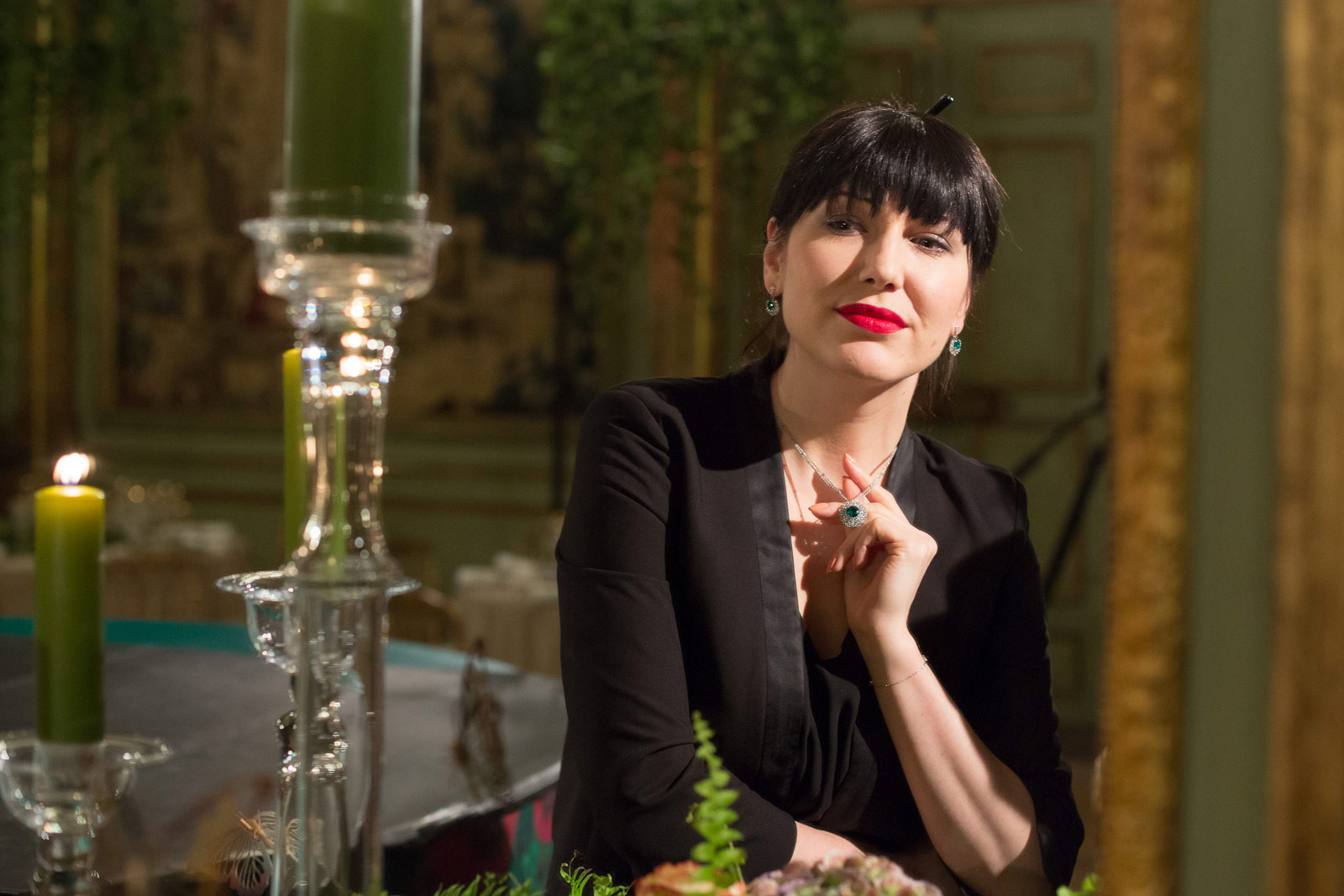 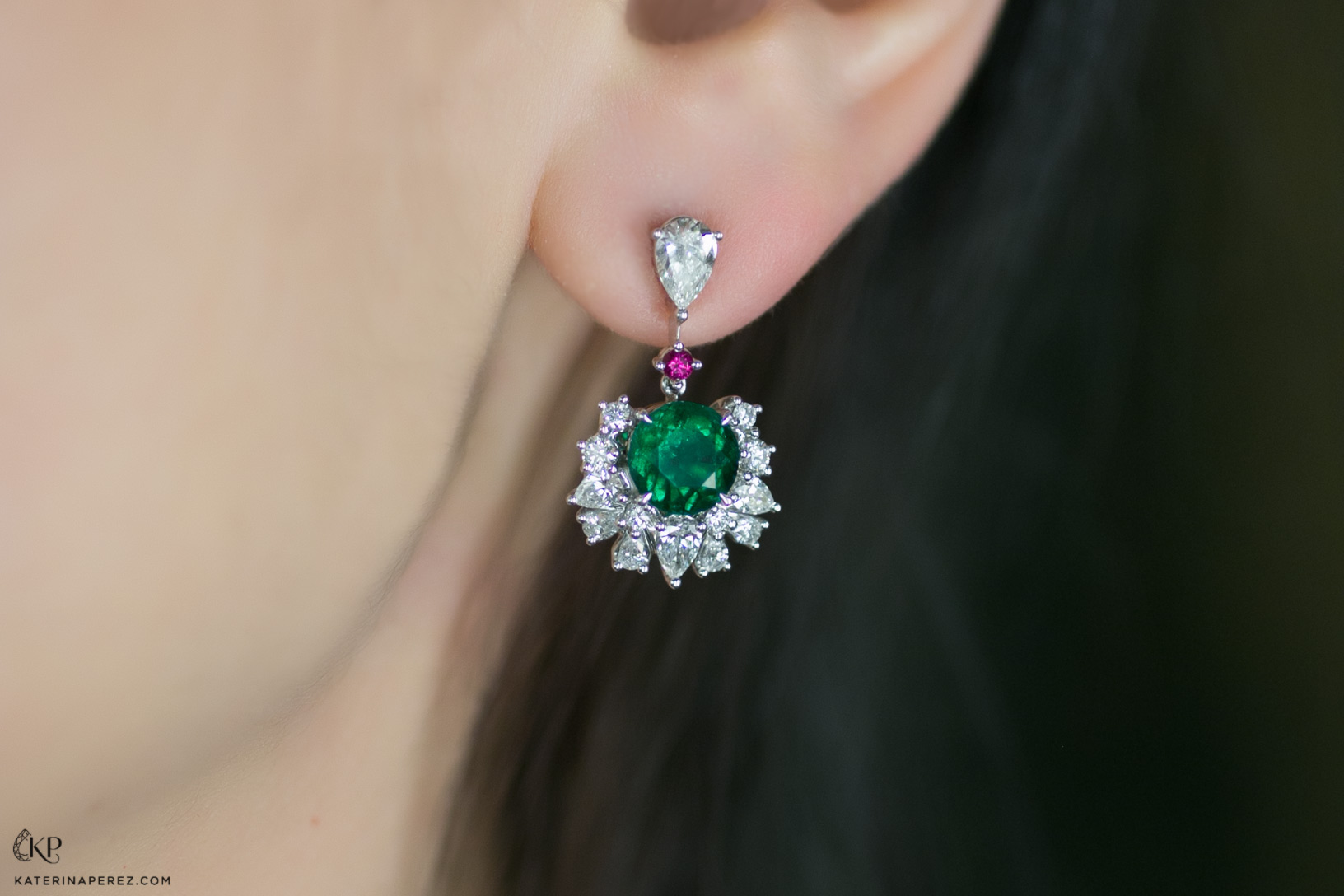 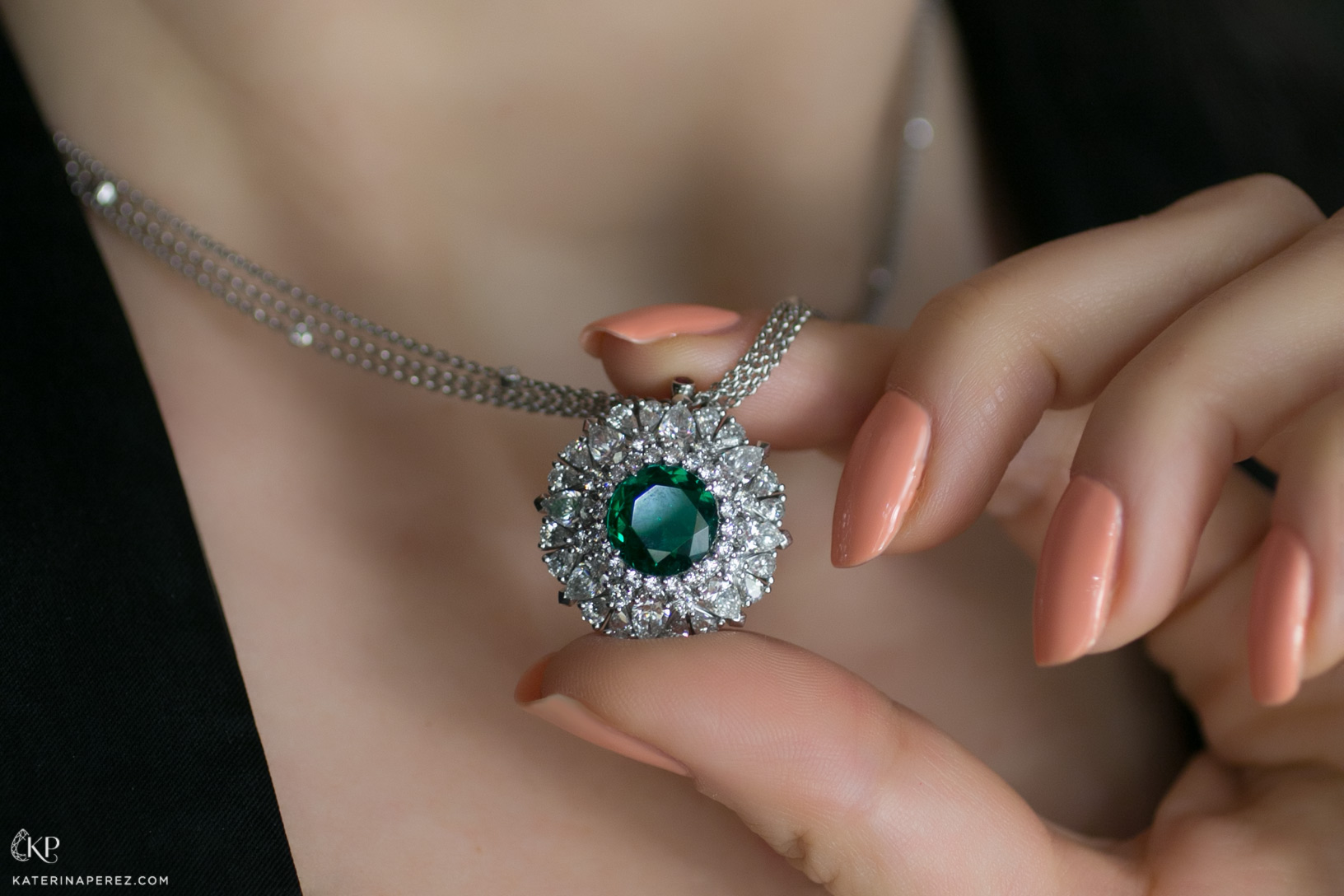 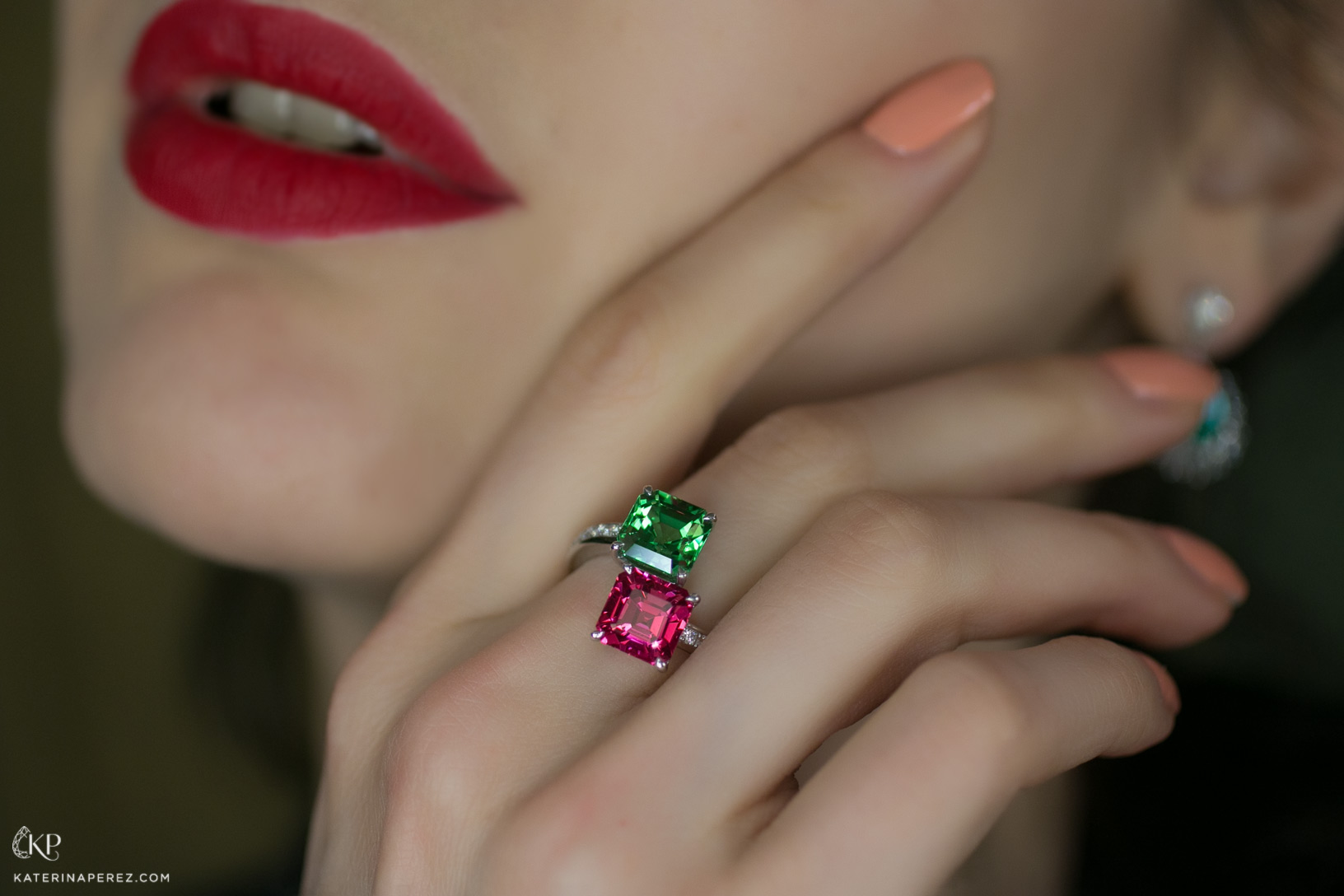 The presentation of the Mystical Garden collection could not have done without the evening’s ‘main event’. The attention of all those invited was drawn to an entirely unique Garden of Ease necklace, the only one of its kind, with three large Colombian emeralds; one 5.49ct oval cut, one 5.48ct cushion cut, and another cushion cut of 3.16ct. These were accented by 5 brilliant cut diamonds totalling 9.13ct, and 74 baguette diamonds totalling 11.40ct.

The three emeralds were simply bewitching, and were perfectly matched in their depth of colour. The design of this necklace is especially spectacular as it has been inspired by the inner world of the emerald at the base. This three phase inclusion is mirrored in the harmonious design, which is the kind of ingenious concept which could only be created by a jewellery house with a history steeped in gemmology, such as Gübelin. The frame of the necklace was also interestingly designed; it looked like a path of diamonds evenly skirting around the neck and continuing toward the central decorative element. Thanks to this cunning design, it appeared to be as supple as Nina Burri herself. 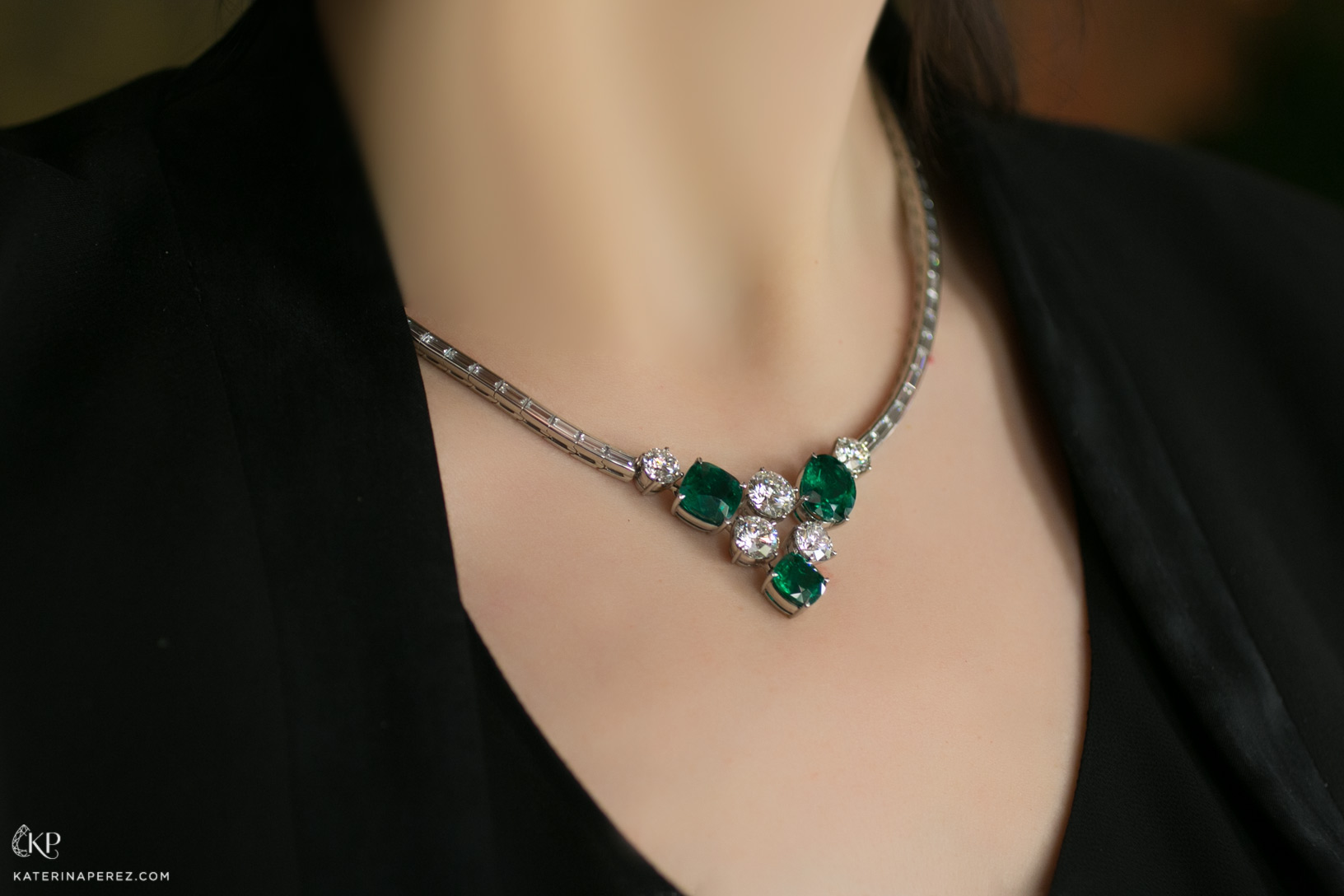 The evening finished in a manner that was no less glamorous than the way in which it began. Although the meal was coming to an end, a new jewellery adventure awaited me: a visit to the Gübelin Gemmological Laboratory, which I will tell you all about next time. 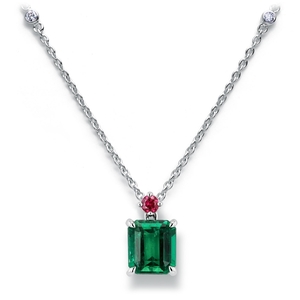 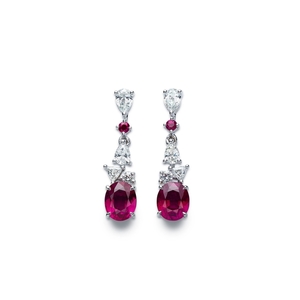 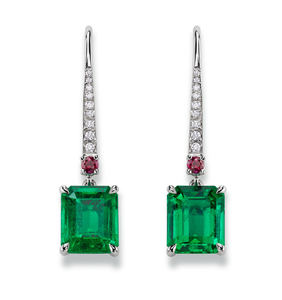 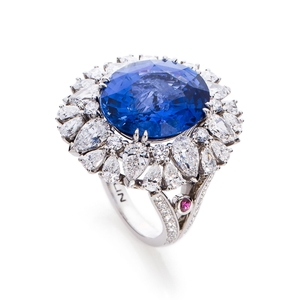 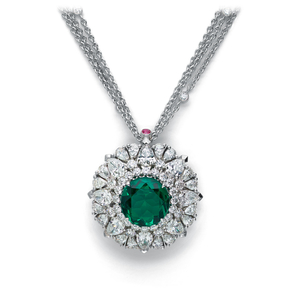