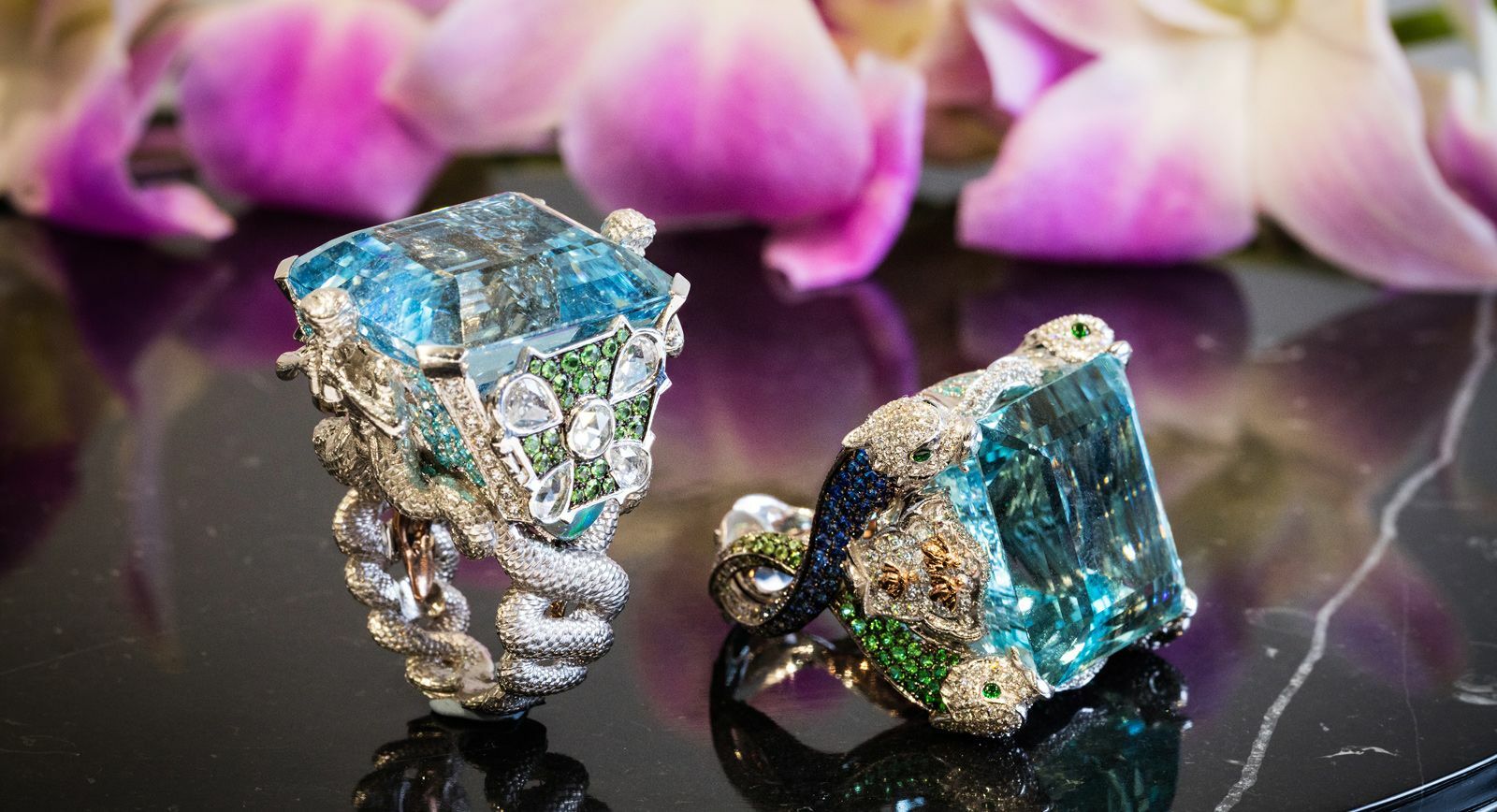 Roman architecture is something you could admire for hours with its utterly charming intricacies and elaborate shapes. Songs and books have been written about the Italian capital, its spectacular vistas have been captured on canvas many times and, of course, its beauty has given a new life altogether in jewellery design. One designer who simply cannot get enough of Rome’s wonderful architecture is Alessio Boschi, whose latest collection is dedicated to the city’s historical monuments, specifically the array of ornate fountains dotted around the magical capital.

“I am truly a “Roman” boy. How can it be otherwise when Rome is the city of art! Its current appearance and style are determined mostly by the caprice and grandeur of the baroque period. During those 200 years every church, every square and important road or building were “dressed” in colorful marble and featured complex architectural elements. Those were true masterpieces that were meant to surprise and amaze. With this DNA in my veins how could I not get inspired by the Roman architecture?” says Alessio of his new fountain-inspired editions. 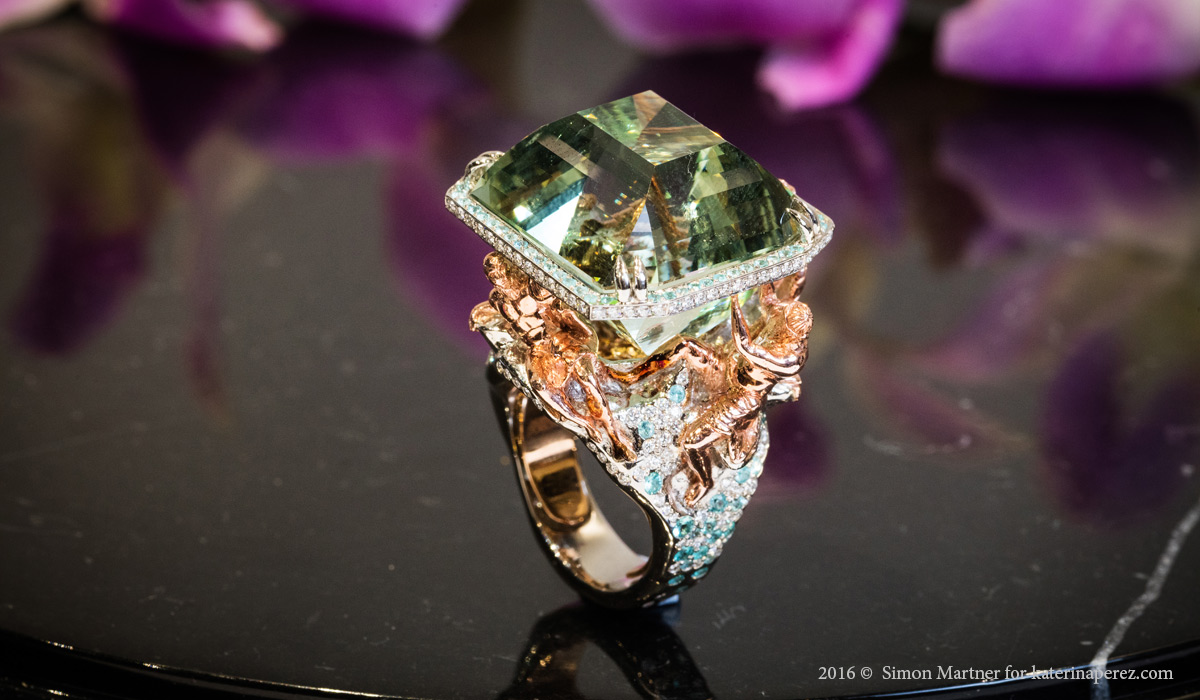 The Italian designer only rarely brings out jewels as collections. He is known for unique pieces which recreated works of art in miniature. The designs get more intricate from one piece of jewellery to the next – it has become something of a trademark in Alessio’s work – and these rings, earrings and necklaces, united by the Roman fountain theme, are no exception. They are all limited editions decorated with large gemstones and completed with a variety of unusual miniature details including beautiful decorative details on the inner side of rings’ shank and doors with surprises hidden behind them, two features often found in Alessio’s cocktail jewellery, lending them a unique quality highly prized by collectors of his work.

The most extravagant fountain jewel was undoubtedly the bib-necklace, designed to be worn on the upper part of the chest rising right up to your neck, decorated with a view of the Fontana dei Quattro Fiumi in Piazza Navona. This famous water feature, bursting with water jets, occupies the honourable number two spot behind the Trevi Fountain in the list of Rome’s top monuments. Alessio has created his large jewellery tribute to the fountain from diamonds and Paraiba tourmalines with rose gold demi-god figures. Through the transparent stone in the centre of the ring you can see the silhouette of the obelisk that stands in the middle of the real Quattro Fiumi fountain. To complete the necklace set the designer has also made a ring with a large step-cut peridot upon which stand the same demi-god figurines that feature in the necklace. 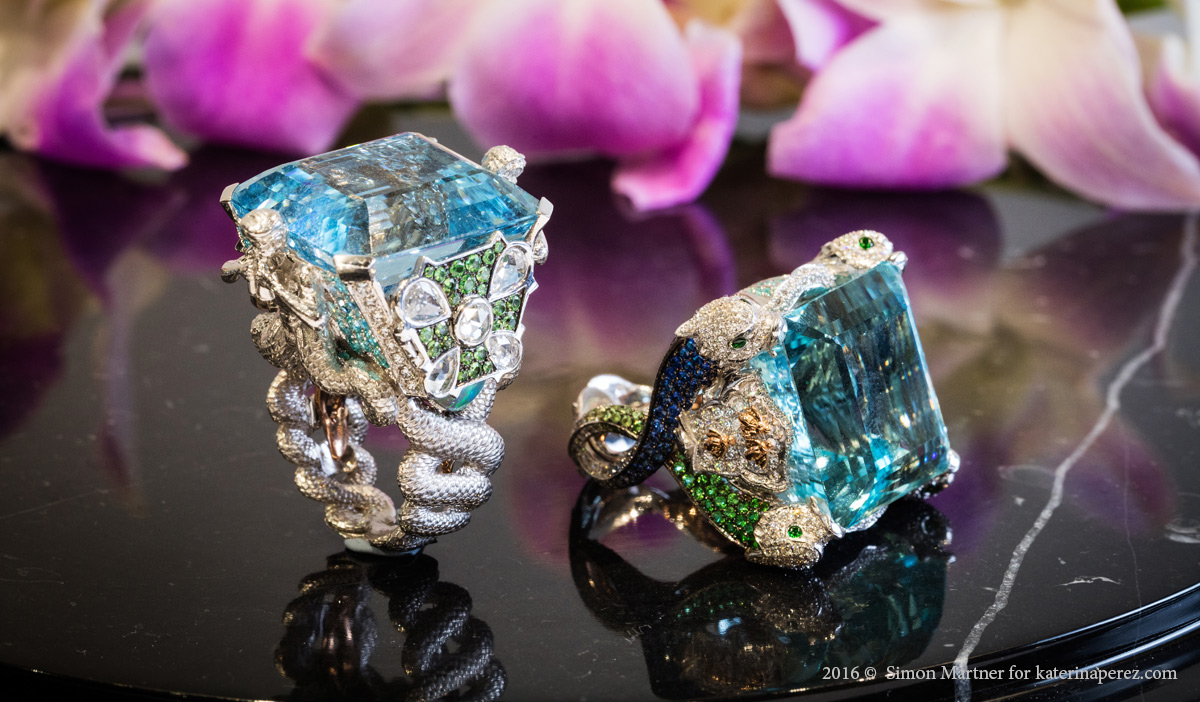 Piazza Navona also plays host to the Fontana de Moro and the Fontana del Nettuno; Alessio has given both of these their own rings. The former is decorated with aquamarine forming a base for two white gold Moorish figures. The two other sides have doors, behind which are hidden two similar, smaller statuettes. Two cocktail rings have been made for Neptune’s fountain, one featuring an oval aquamarine with the image of girl carved into the stone; the second is an oval emerald surrounded by Paraiba tourmalines, diamonds and sapphires.

Rome’s most famous fountain, the Trevi Fountain, has been recognised with a teardrop aquamarine ring, the jewel designed in collaboration with Italian maestro Alessandro Collatina, who hand-crafted the wax cast using a traditional and almost forgotten Roman technique. The ring’s design features horses rendered in matte white gold jumping from the waves, encrusted with Paraiba tourmalines and diamonds. 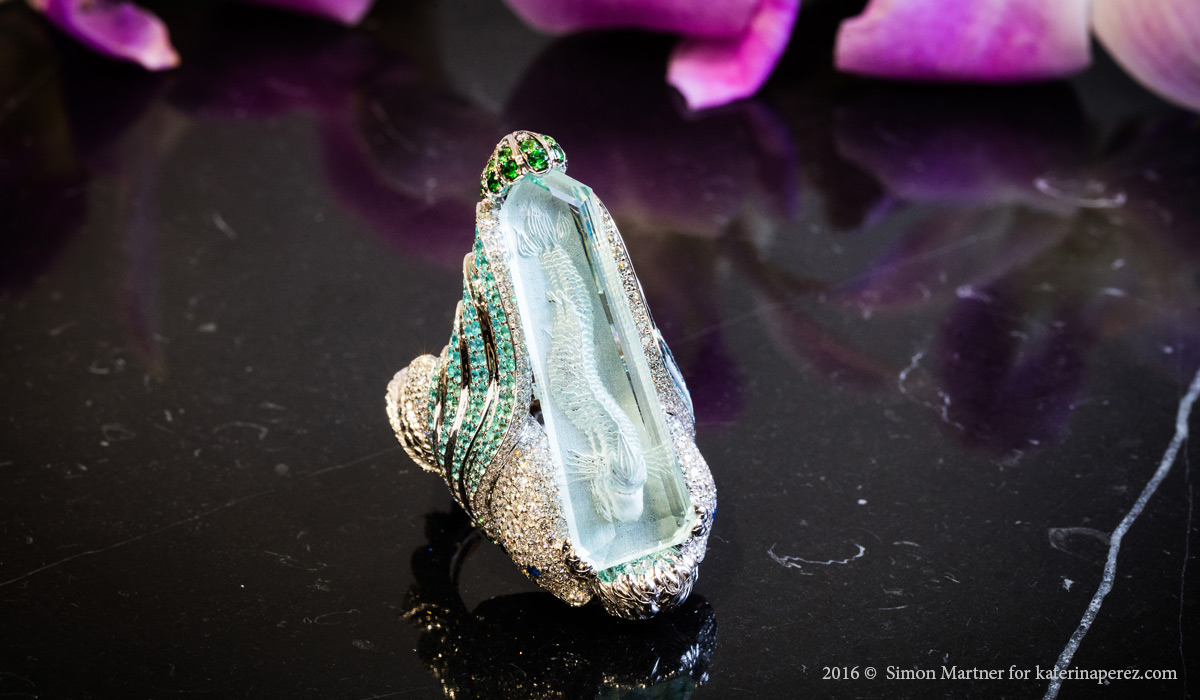 We can’t finish without talking about the final piece, a cocktail ring inspired by the wonderful Fontana del Pantheon. It is a fountain adorned with masks, dolphins and coats of arms all of which have been given new life in jewellery form in Alessio’s design. The highlight of this aquamarine jewel are the original elongated stone cuts which have been engraved with huge carp, creating the illusion of fish swimming in the water of the fountain.

The artistry of Alessio Boschi knows no bounds; what we have seen here is just a part of the wider collection which is set to expand as new editions are added. 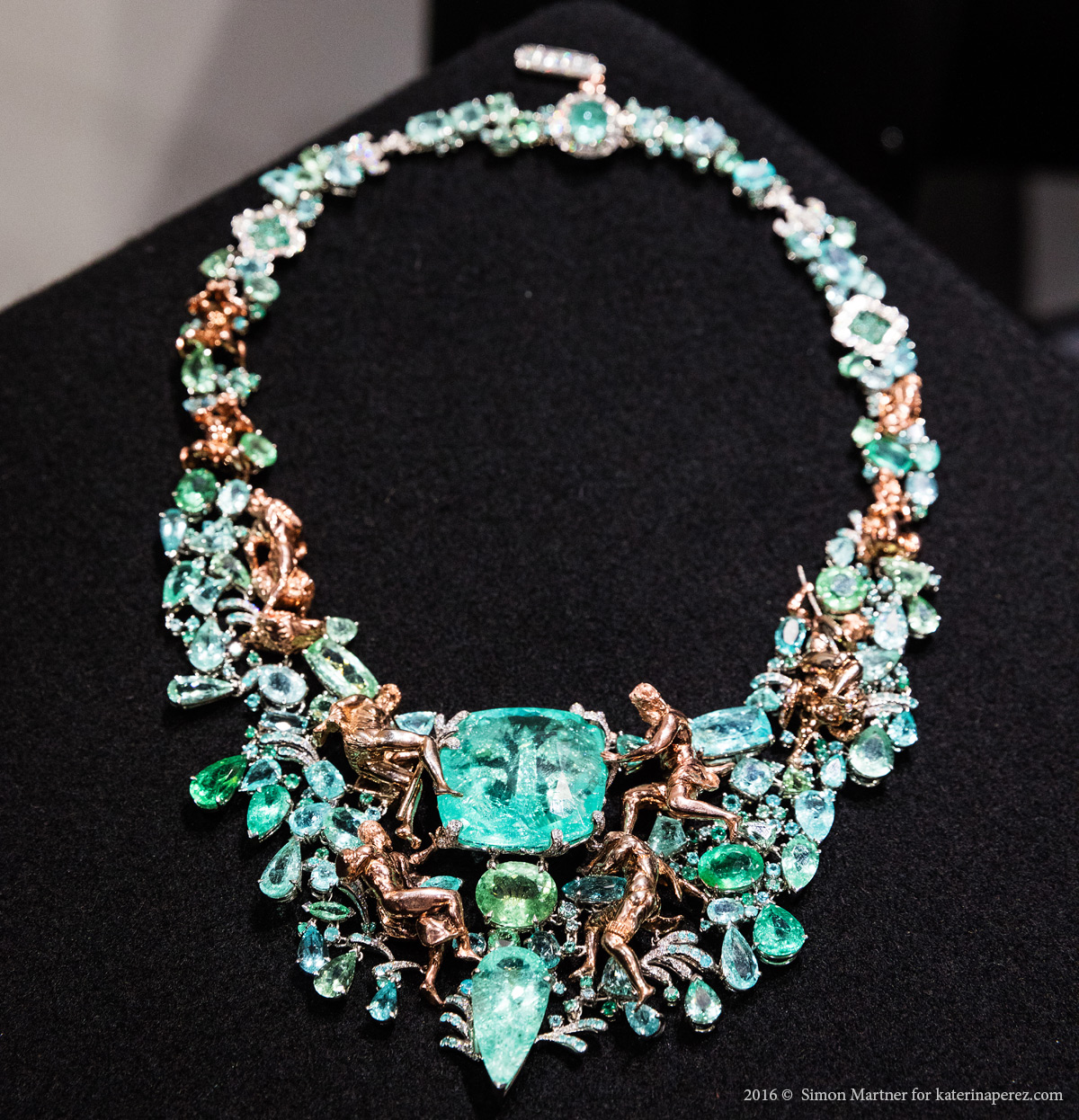