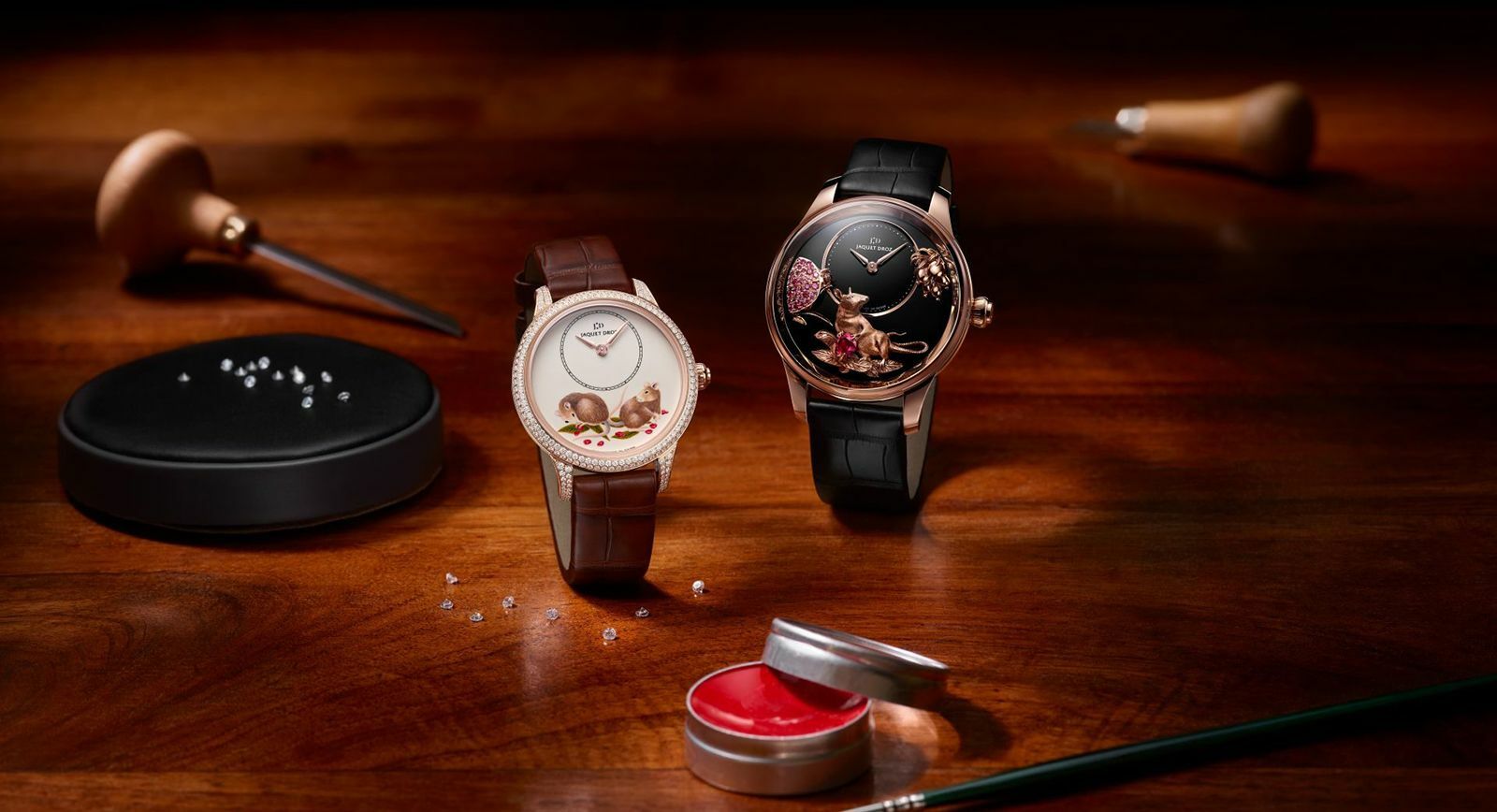 Chinese New Year 2020: Eight Watches for the Year of the Rat

According to the lunar calendar, Chinese New Year will fall on January 25th in 2020, and this year will last until February 11th 2021. The guardian of this period - according to Chinese tradition - will be the first of the twelve possible animals: the rat. To appease this quick-witted, prosperous, kind and prolific creature, and perhaps also to secure its protection, one simply need acquire something baring the animal’s image. For lovers of precious items, this object could of course take the form of a finely crafted timepiece. In this article, I will be looking at some current designs launched by watchmakers especially for the occasion of Chinese New Year.

A good place to start is with the Chopard brand and its L.U.C XP Urushi Year of the Rat watch. The piece’s distinguishing feature is its dial, which is hand-painted with special lacquer using the Urushi technique by the Japanese-based master Yamada Heiando. The primary inspiration for the watch’s design is the garden rat, seen here sitting on a cob of corn. The image serves to symbolize abundance. Next to the rat we see a persimmon - which indicates longevity. The watch has been released in a limited edition of 88 pieces, each of which is equipped with an ultra-thin L.U.C 96.17-L caliber crafted in Chopard’s own workshops. 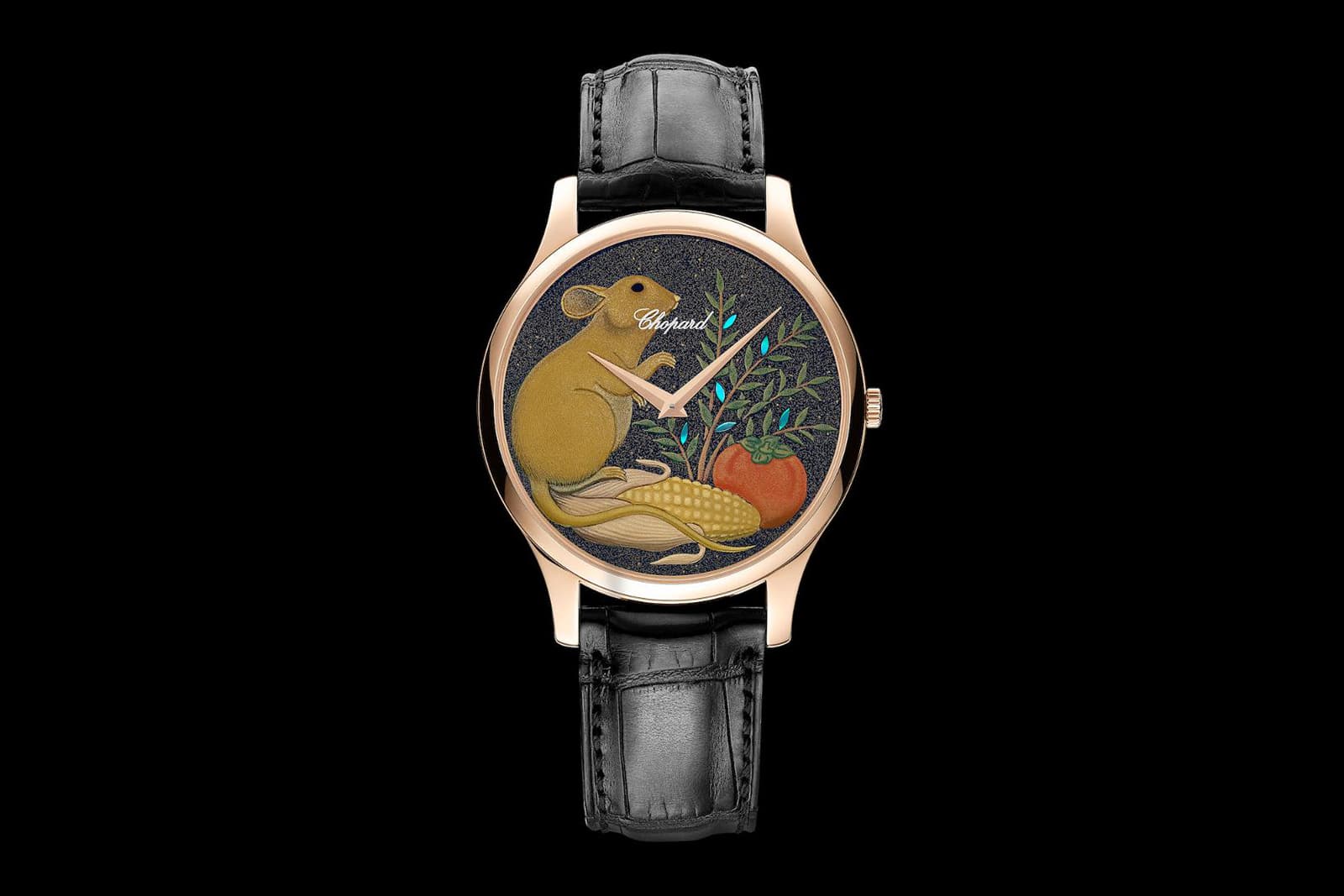 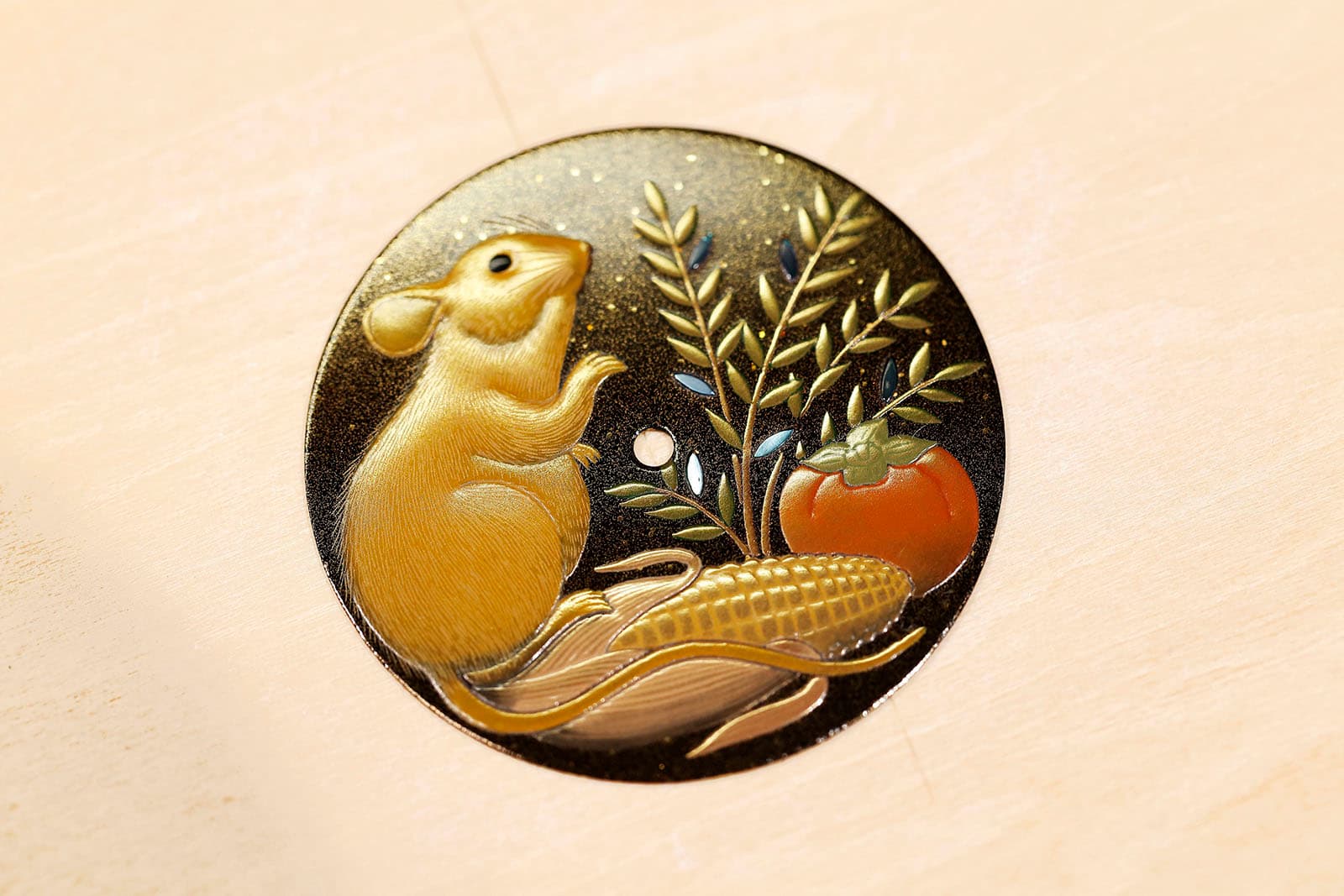 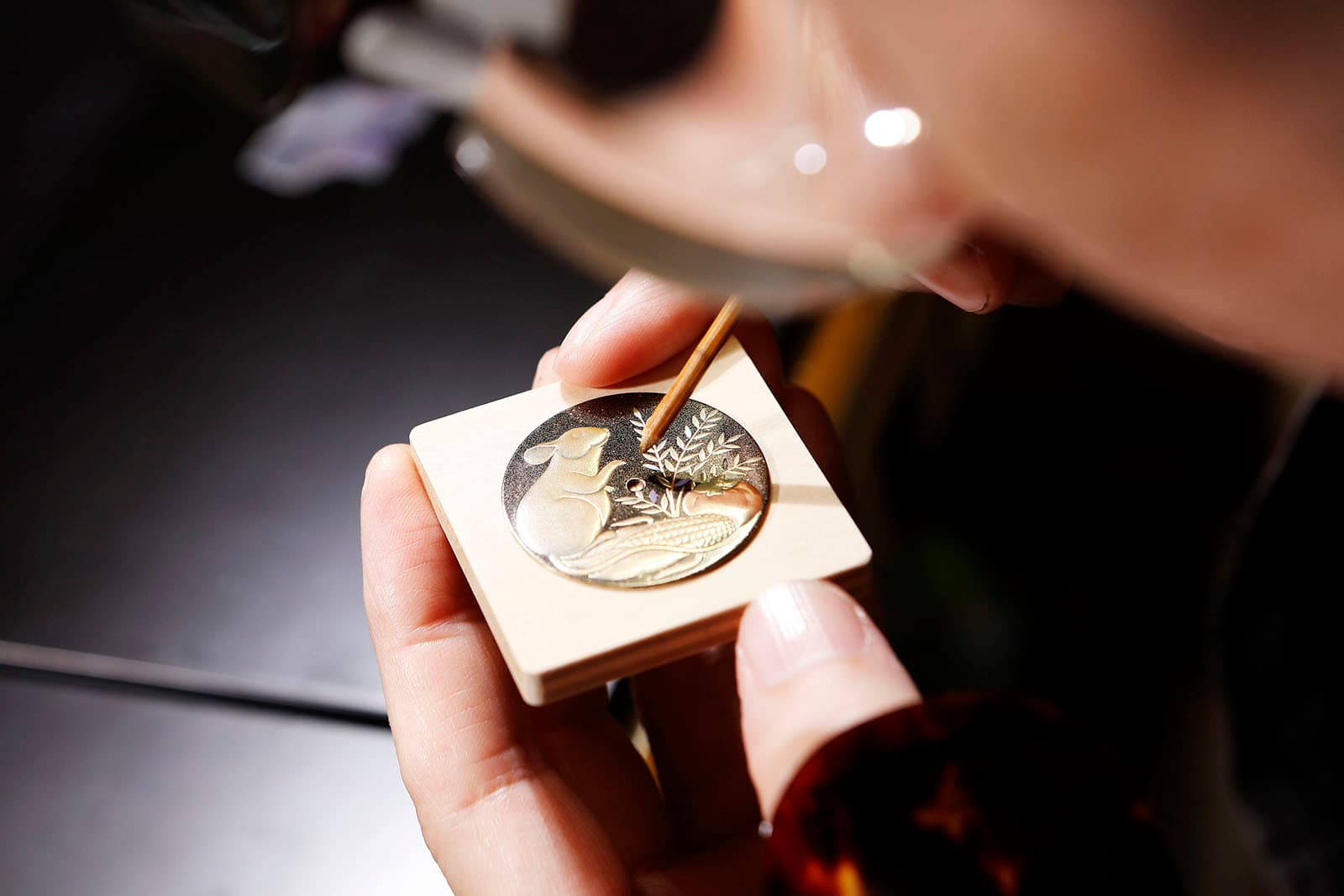 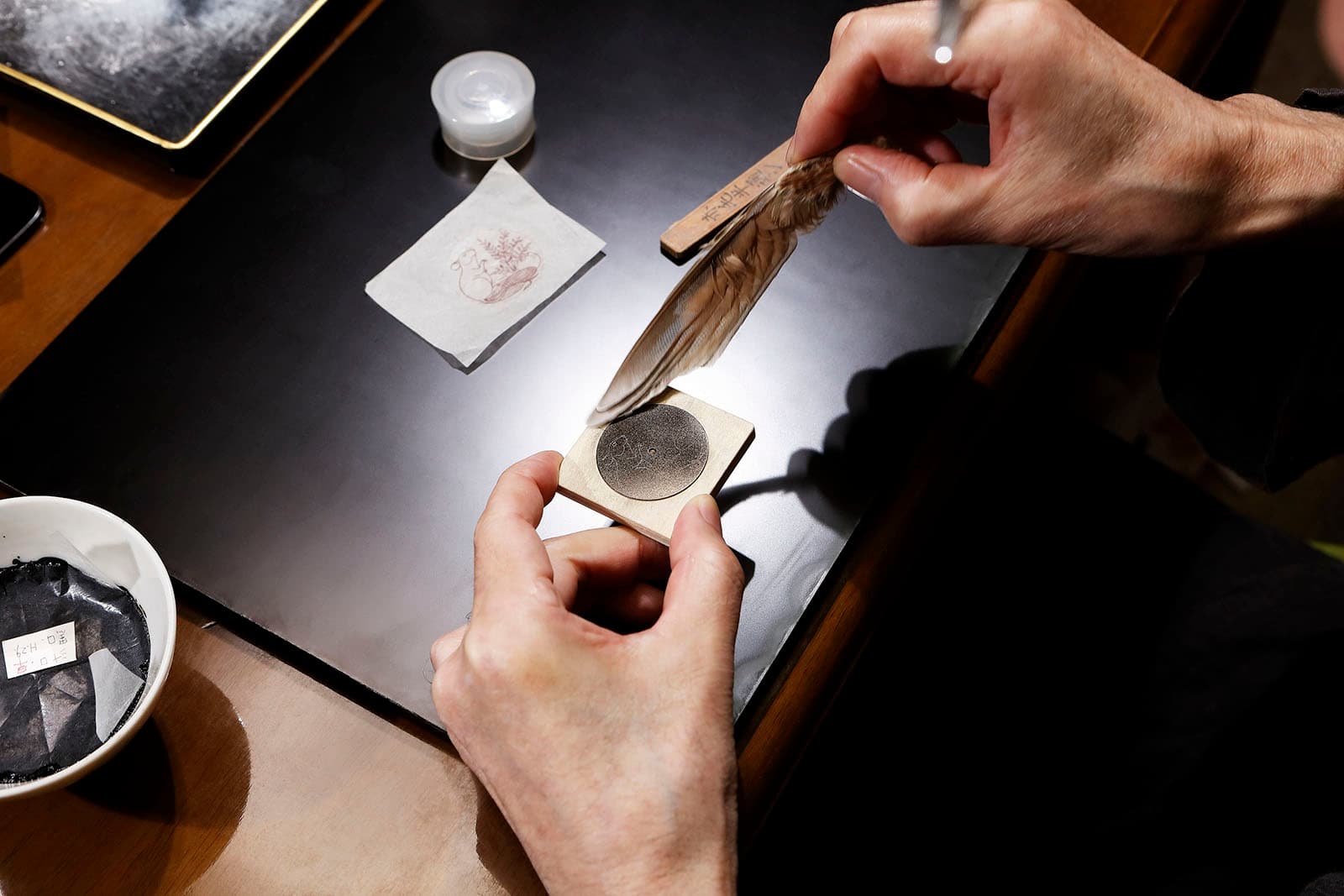 In honour of the upcoming Chinese New Year, Harry Winston expanded its Premier watch collection with the release of its new Premier Chinese New Year Automatic 36mm timepiece. An exquisite model made of pink gold, diamonds and bright red mother of pearl almost comes to life thanks to the re-creation of ancient Chinese paper cutting (jiǎnzhǐ) tradition in gold. The Premier Chinese New Year Automatic 36mm is released in a limited edition of only eight units, and promises to bring good luck to its extremely select list of owners. 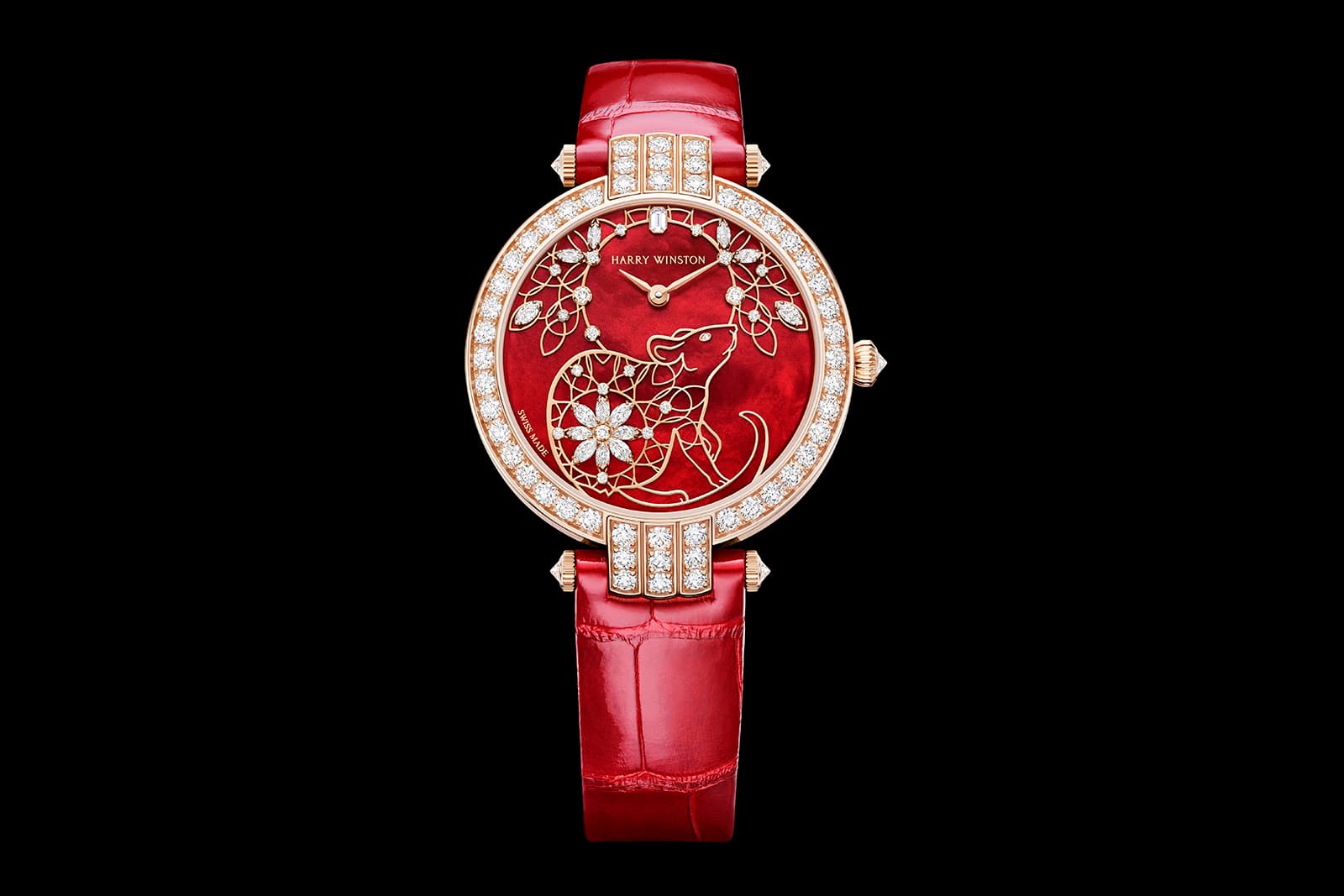 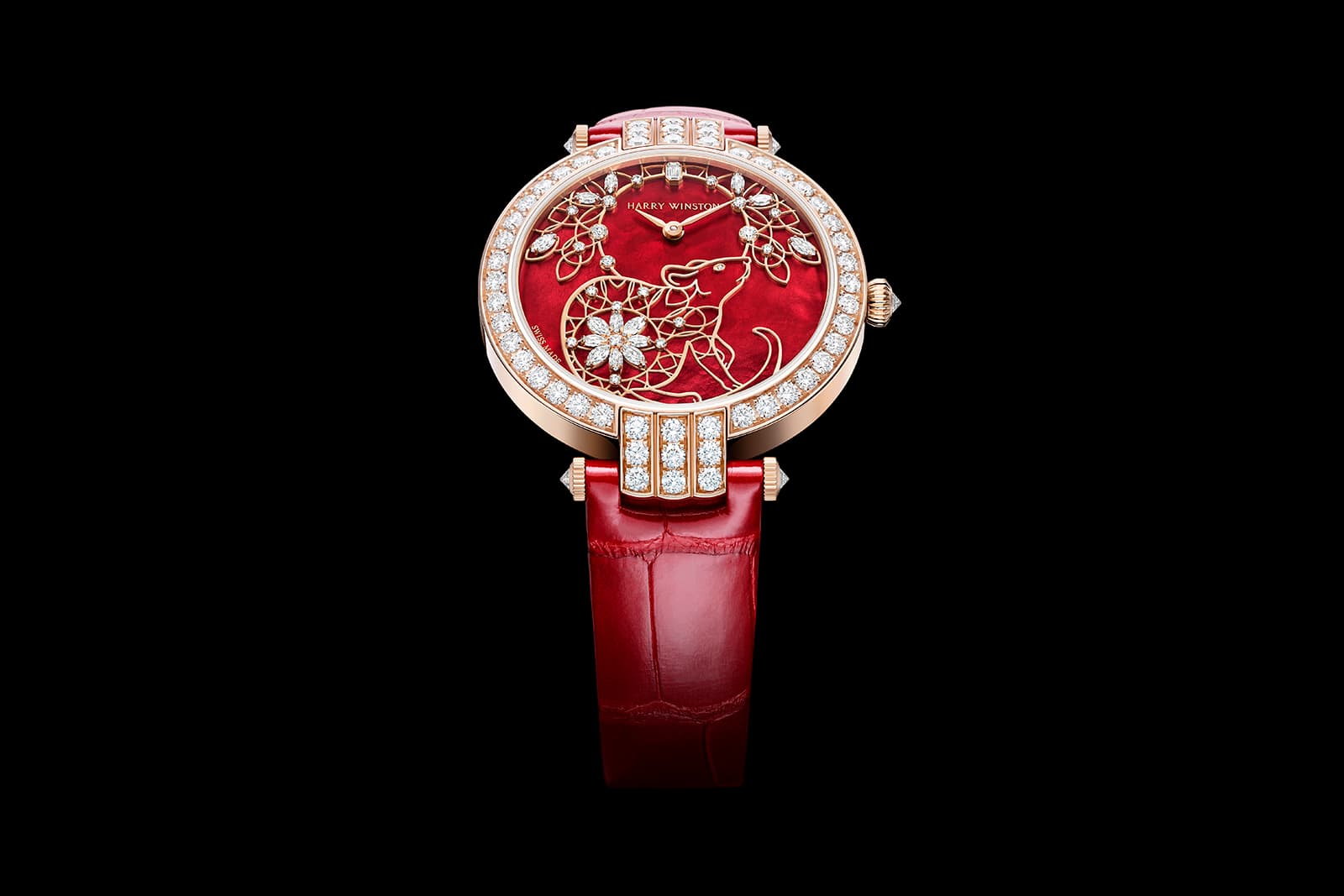 Unlike the other brands on my list, the Swiss house offered its customers as many as four watch options: including the Petite Heure Minute Rat models, that are minimalist in their design, as well as two elaborately decorated Petite Heure Minute Relief Rat watches. The first two watches possess a design suitable for everyday wear and are made of red gold with enamel painted decoration on the ivory dial. The special occasion Ateliers d’Art models are made either of pink or white gold with onyx dial adorned with a rat, which is itself made of sculptured gold. The animal holds  in its paws a ruby which represents a pomegranate seed. The fruit itself, symbolising fertility, is depicted to the left. 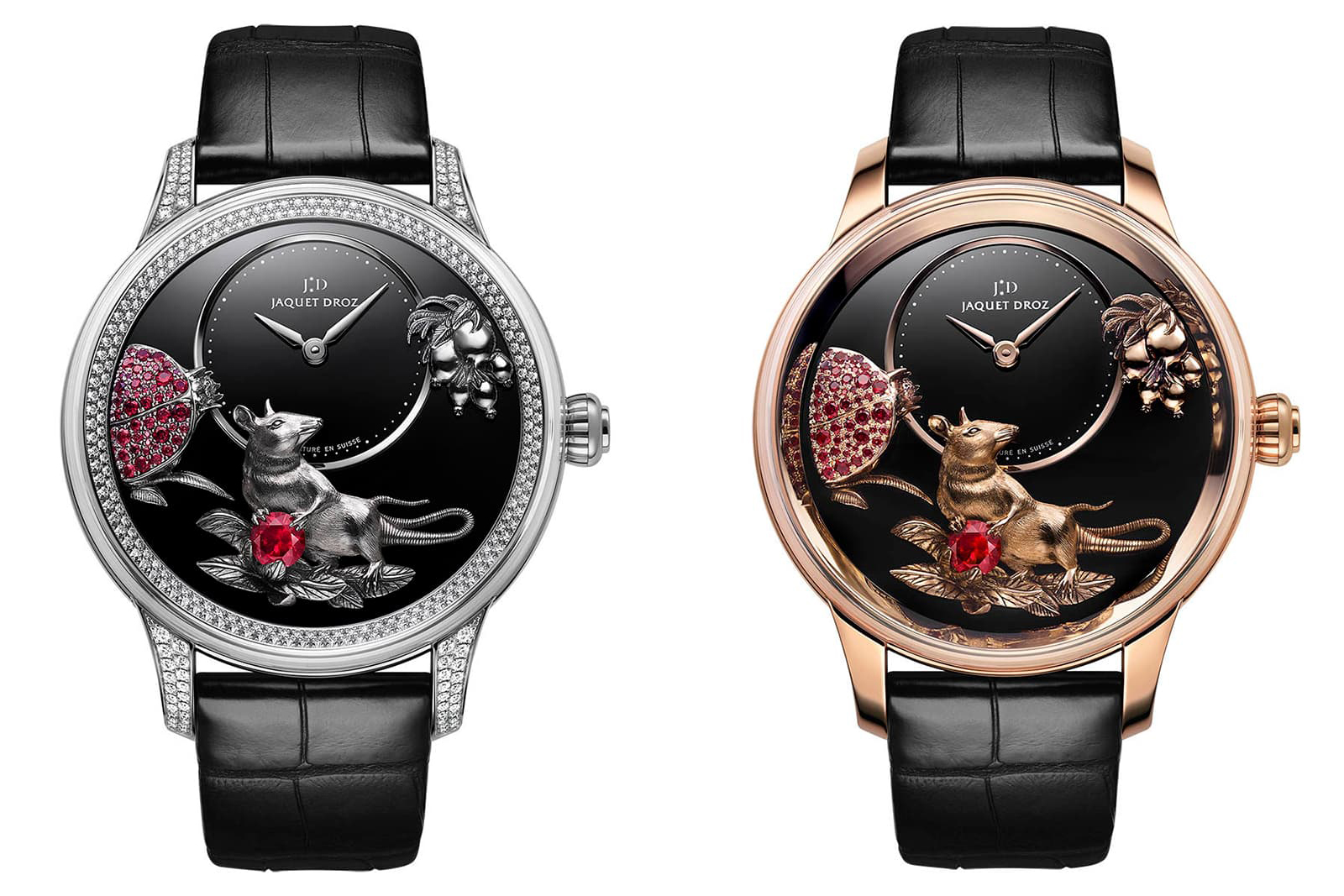 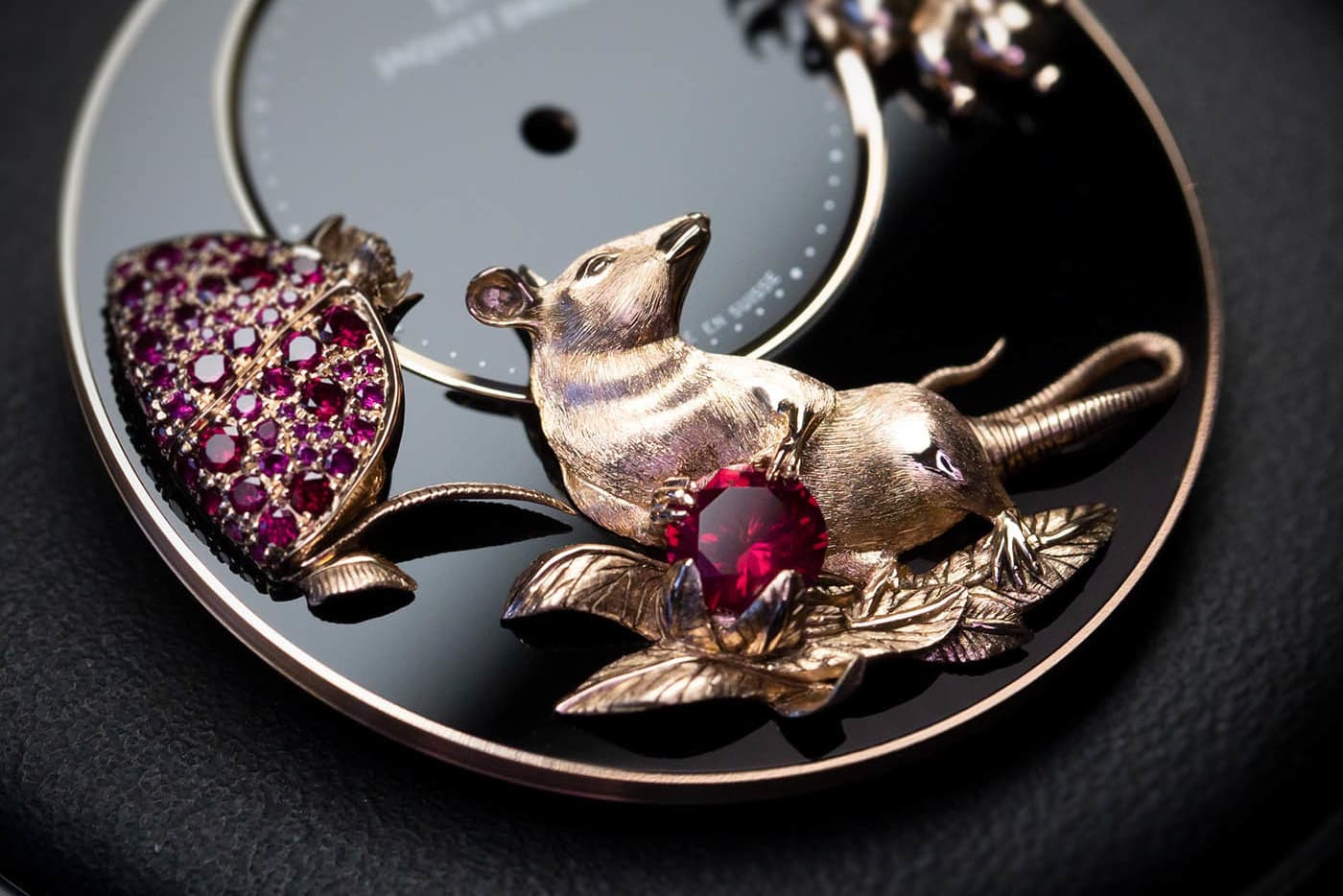 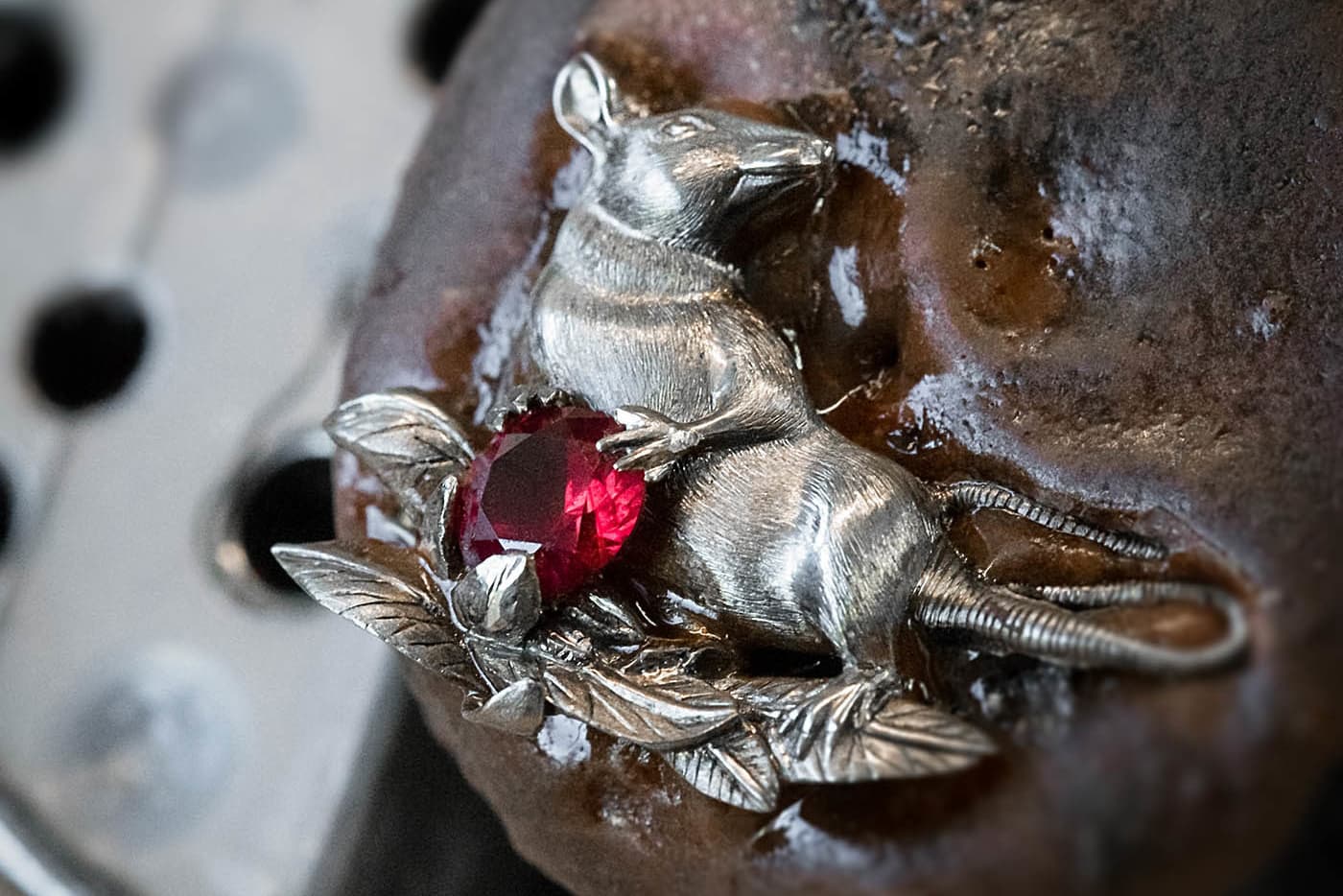 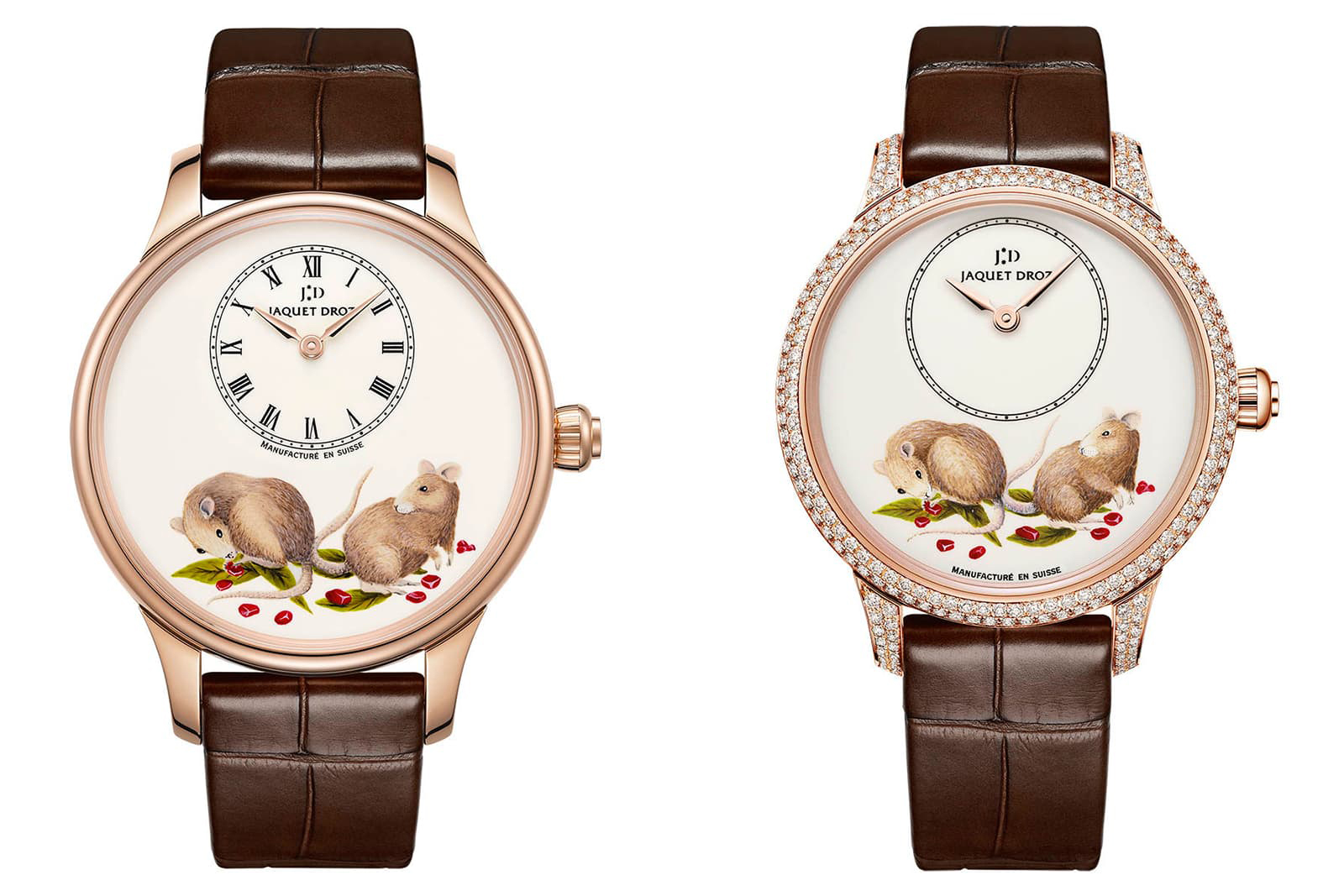 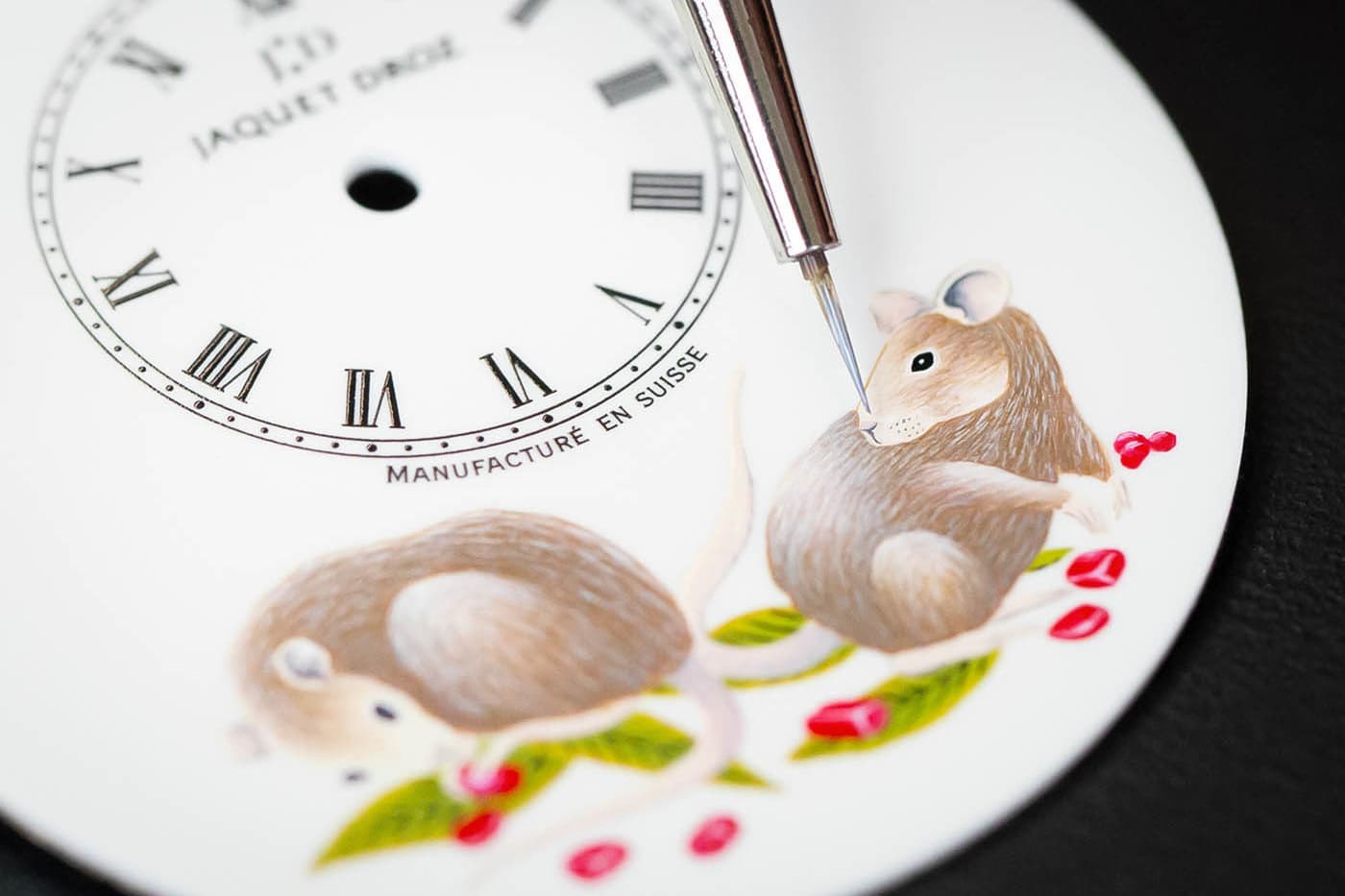 Piaget has immortalized the rat on one of its most iconic dials: the Piaget Altiplano. The white gold case holds the ultra-thin Piaget movement with a manual winding 430P, which is an astonishing 2.1mm thick. The watch dial, framed by 78 diamonds, is decorated with cloisonné enamel. To emphasise the watch’s sophistication as well enliven the zodiac-inspired drawing, the famed enamel master Anita Porchet has made use of the most delicate shades of grey. 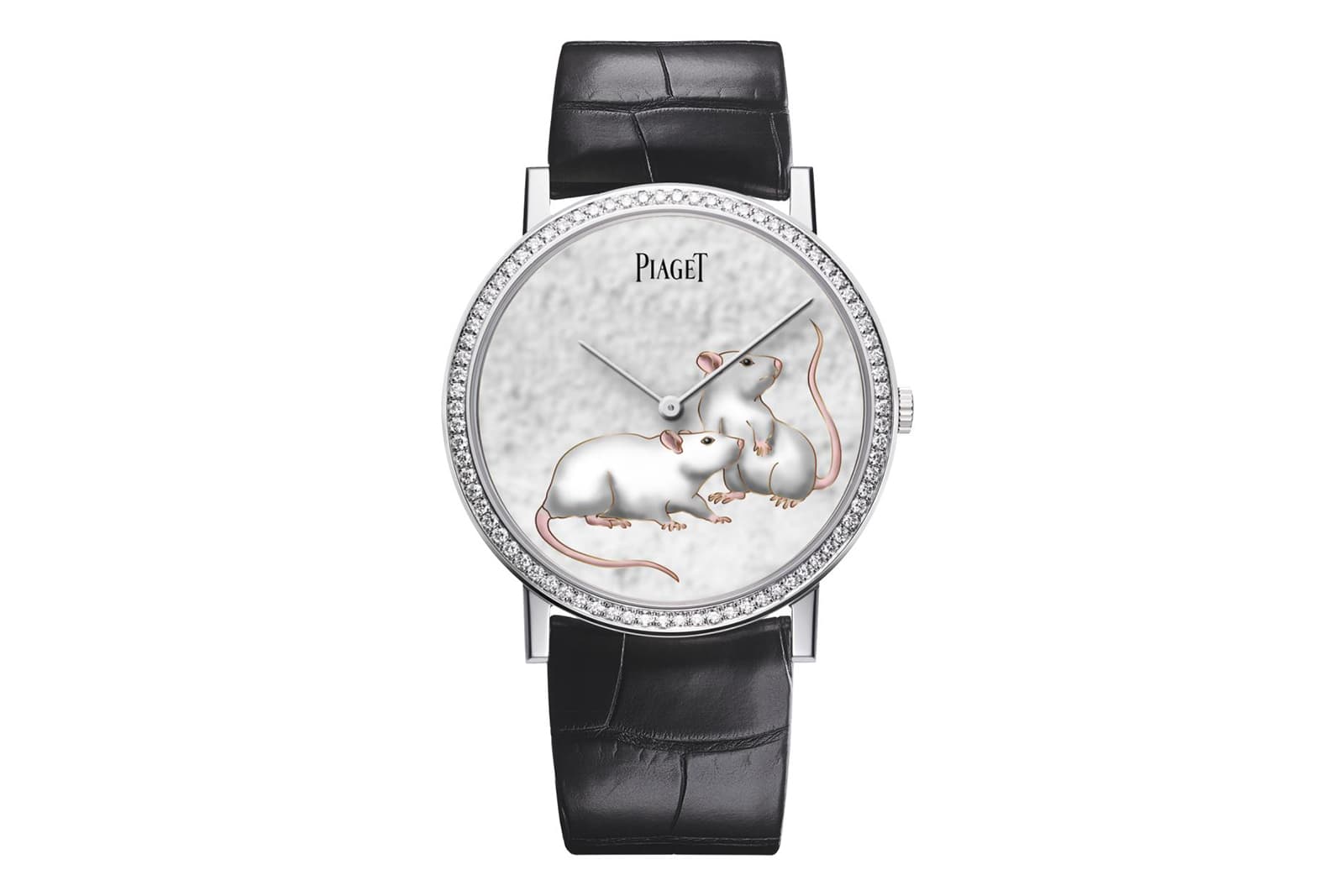 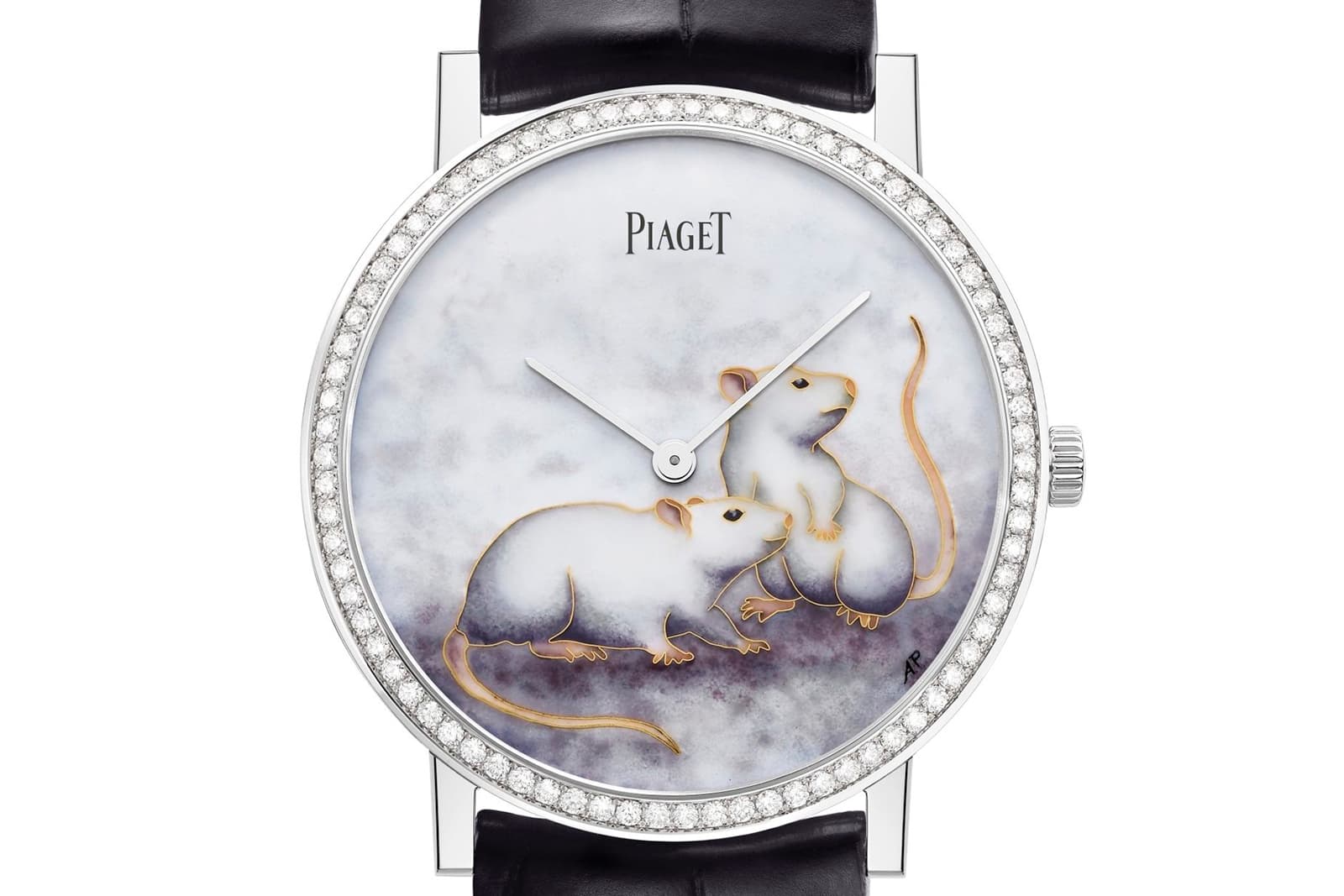 The watch brand Panerai has prepared its Luminor Sealand timepiece for the upcoming year of the Rat. The watch, with a case 44mm in diameter, has a cover made of brushed steel and is decorated in the old Italian style of sparsello. This entails jewellers carving out metal, then filling the gaps with the finest gold threads  before finally hammering them into place. The Luminor Sealand is equipped with a P. 9010 calibre movement with a three-day power reserve and water resistance of up to 100 meters. The watch will be released on January 25th in a limited, 88 piece edition. 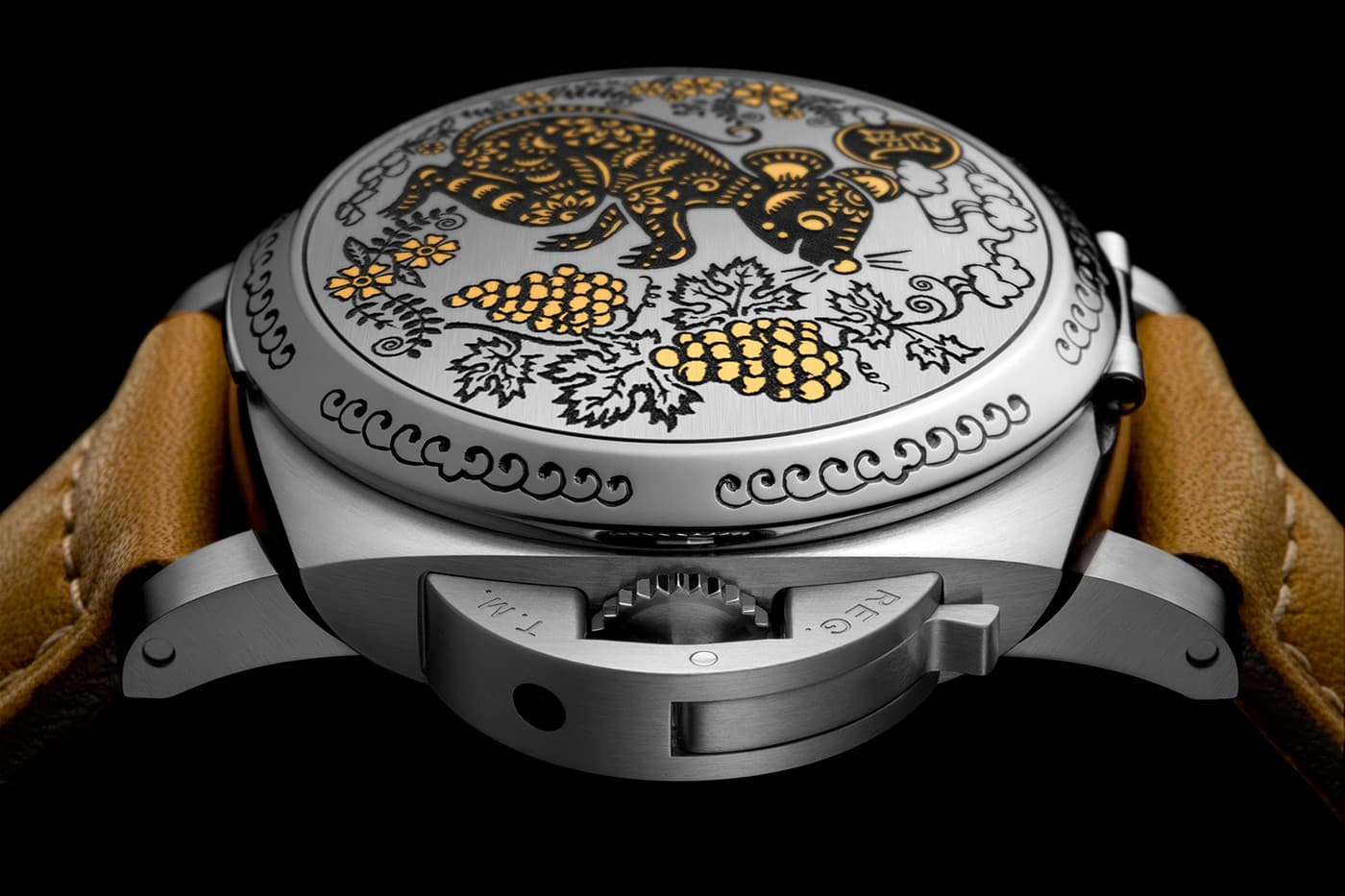 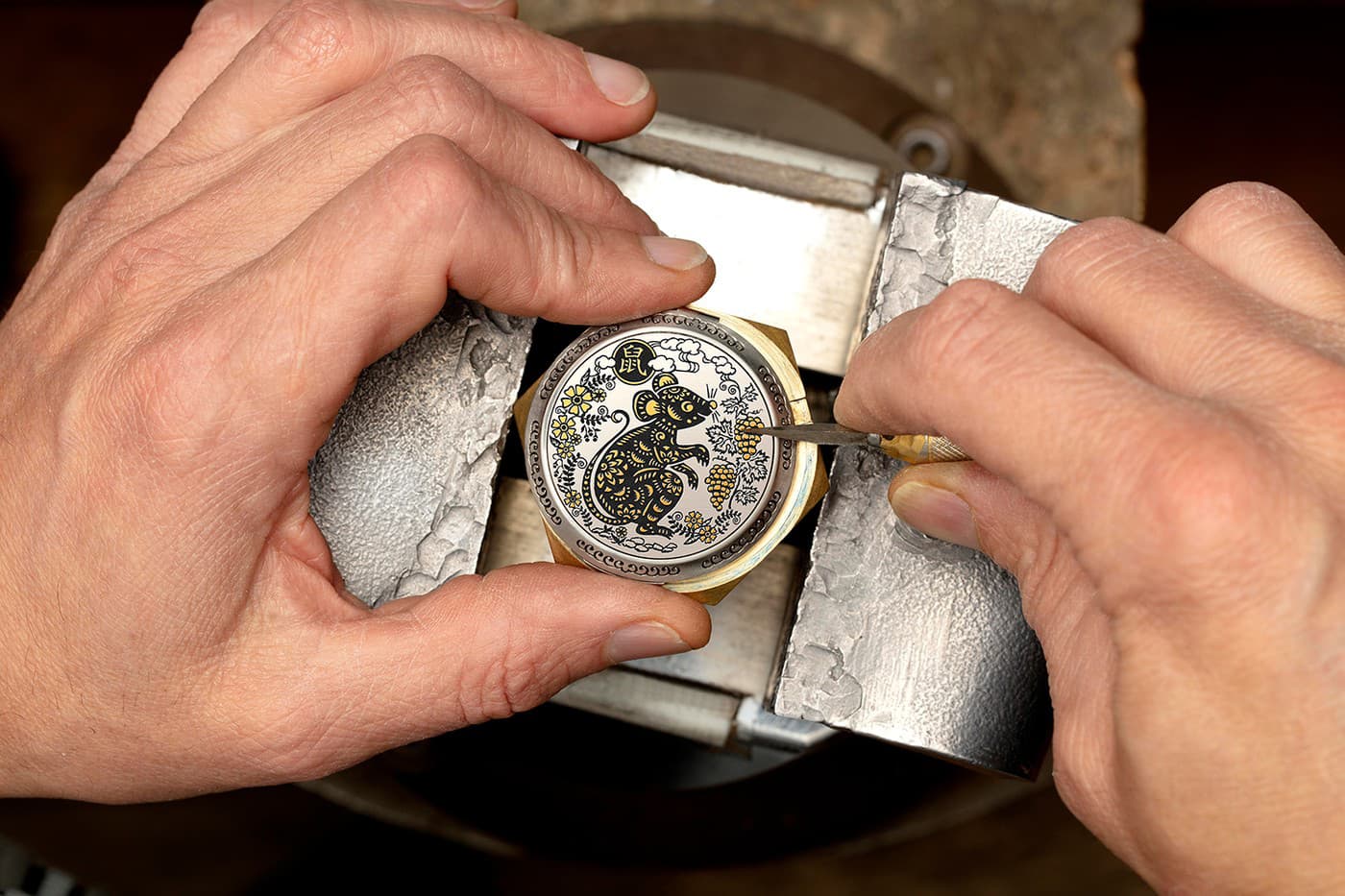 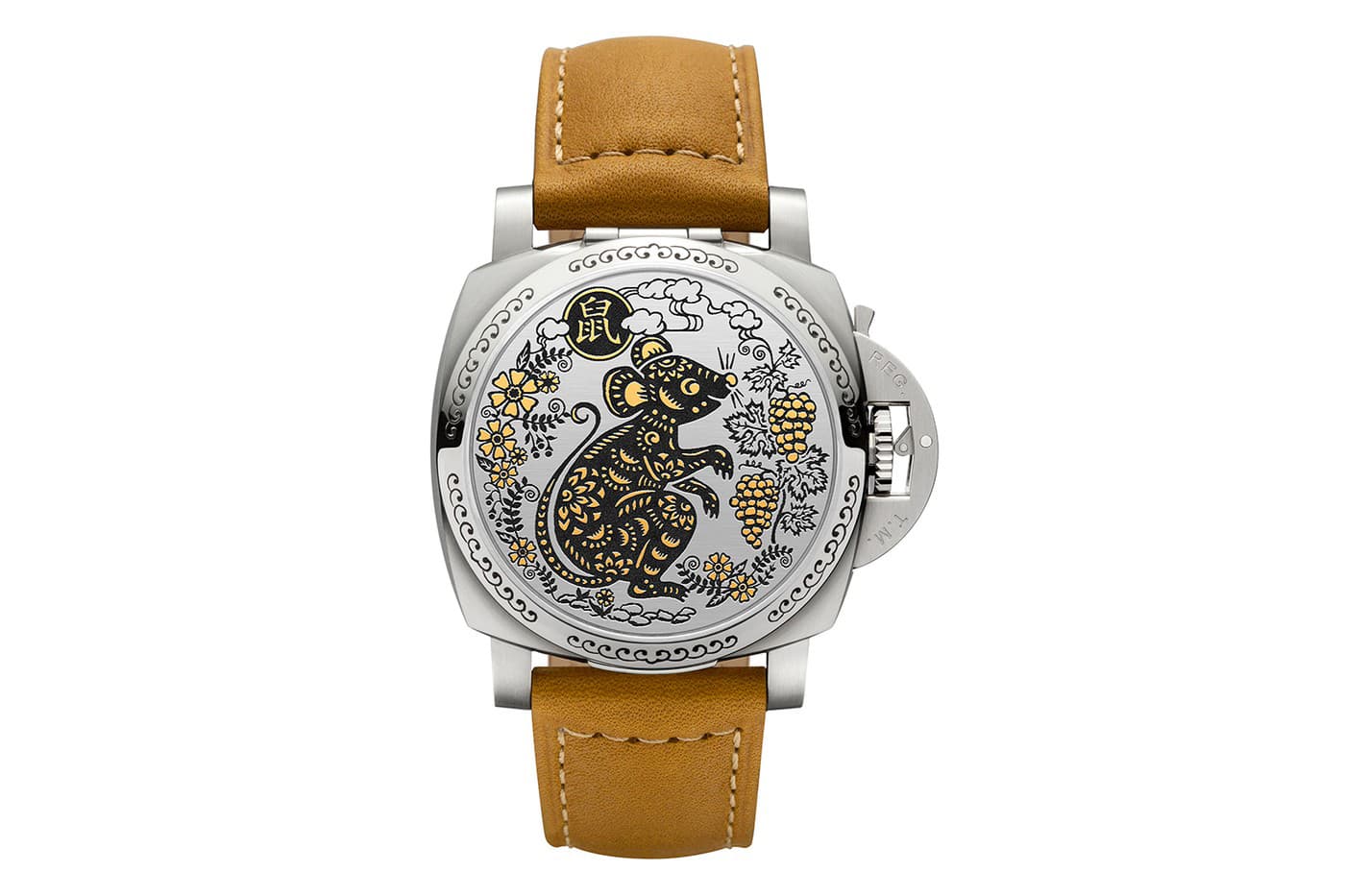 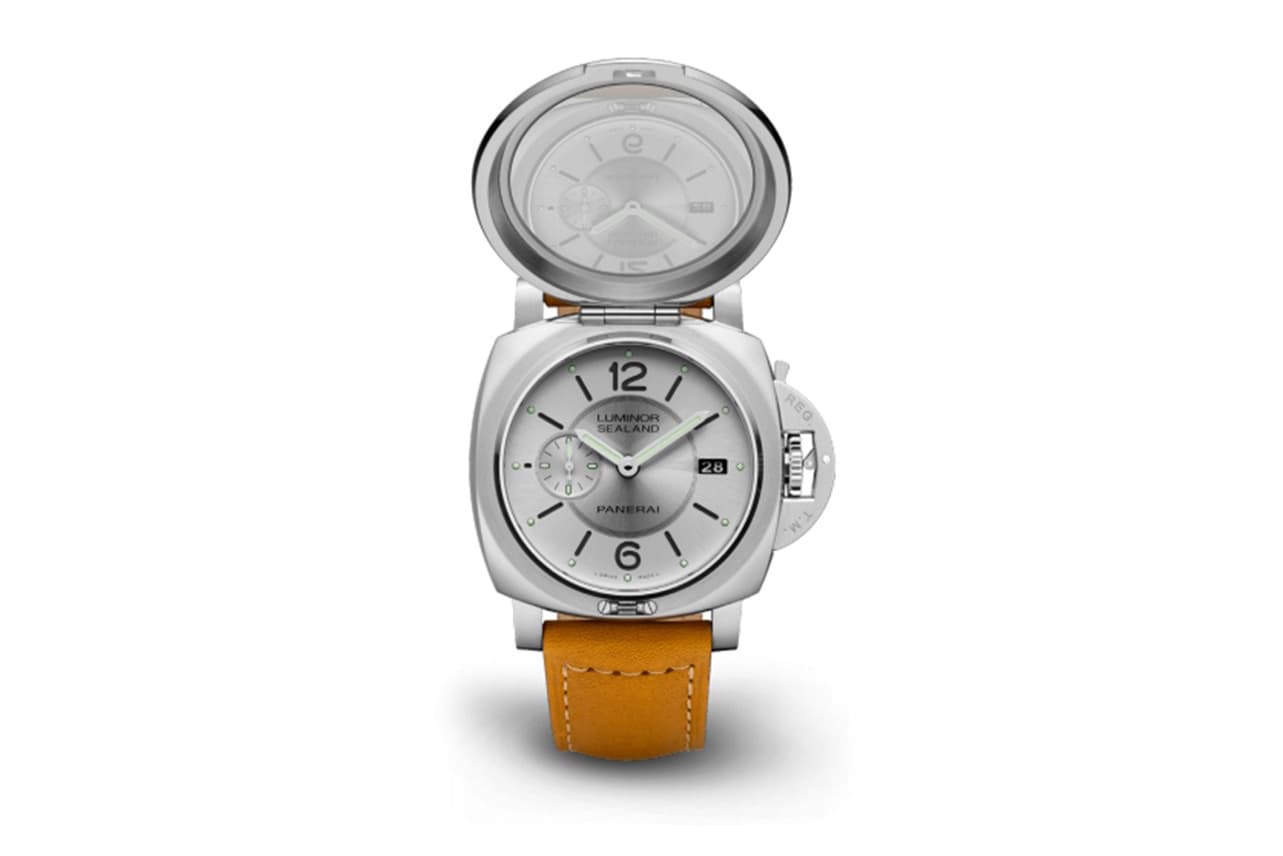 The watchmaker Vacheron Constantin is celebrating the Chinese New Year with two new creations at once, one made from platinum, the other from 18 karat pink gold. Both pieces are made in a limited edition of only 12 pieces. The enamelled dial - which is powered by a 2460 G4 calibre - has no hands. In their place, there are four openings: for the day of the week, the date, hours and minutes. The central scene depicts the constellation that, in Chinese Zodiac tradition, represents the rat. 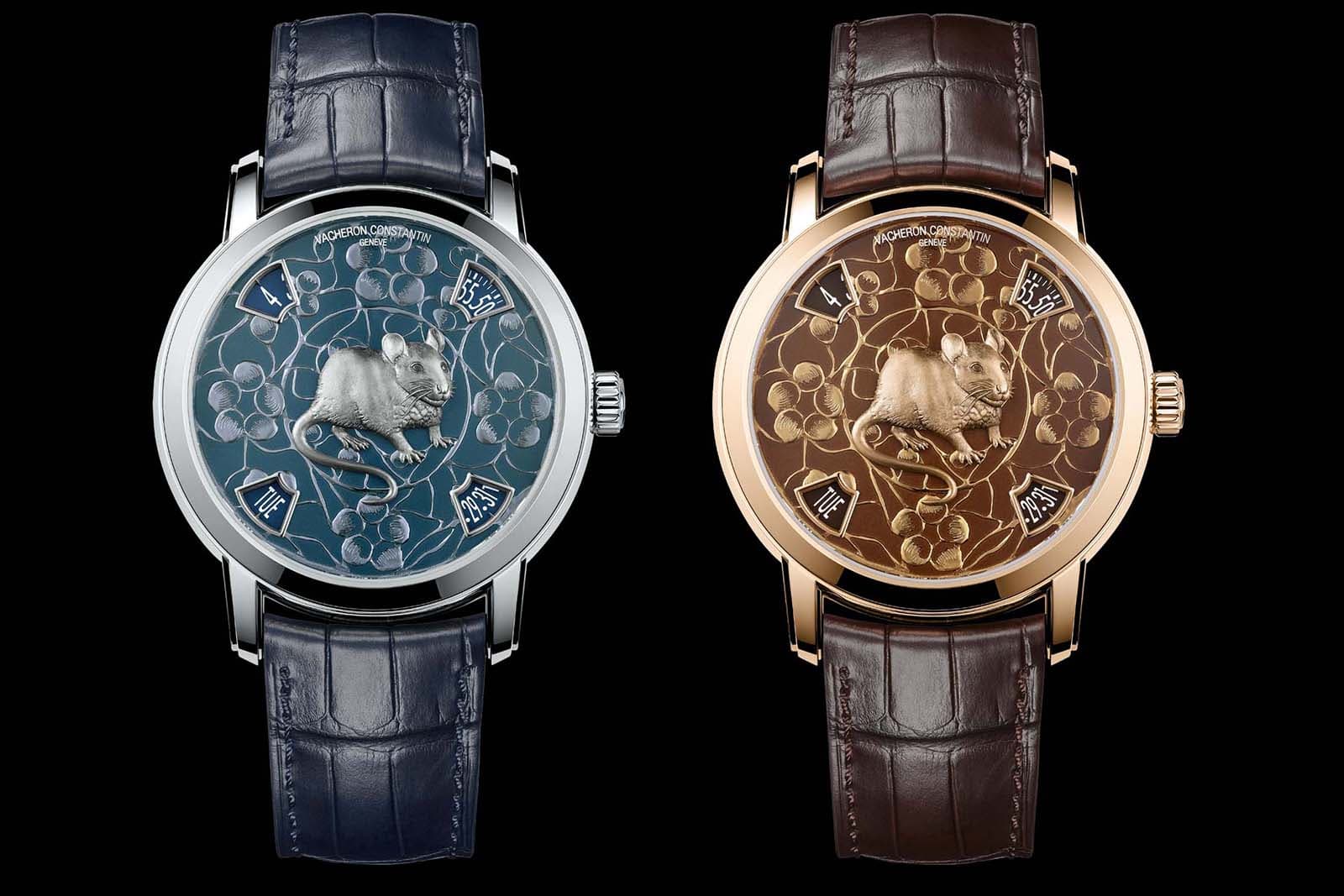 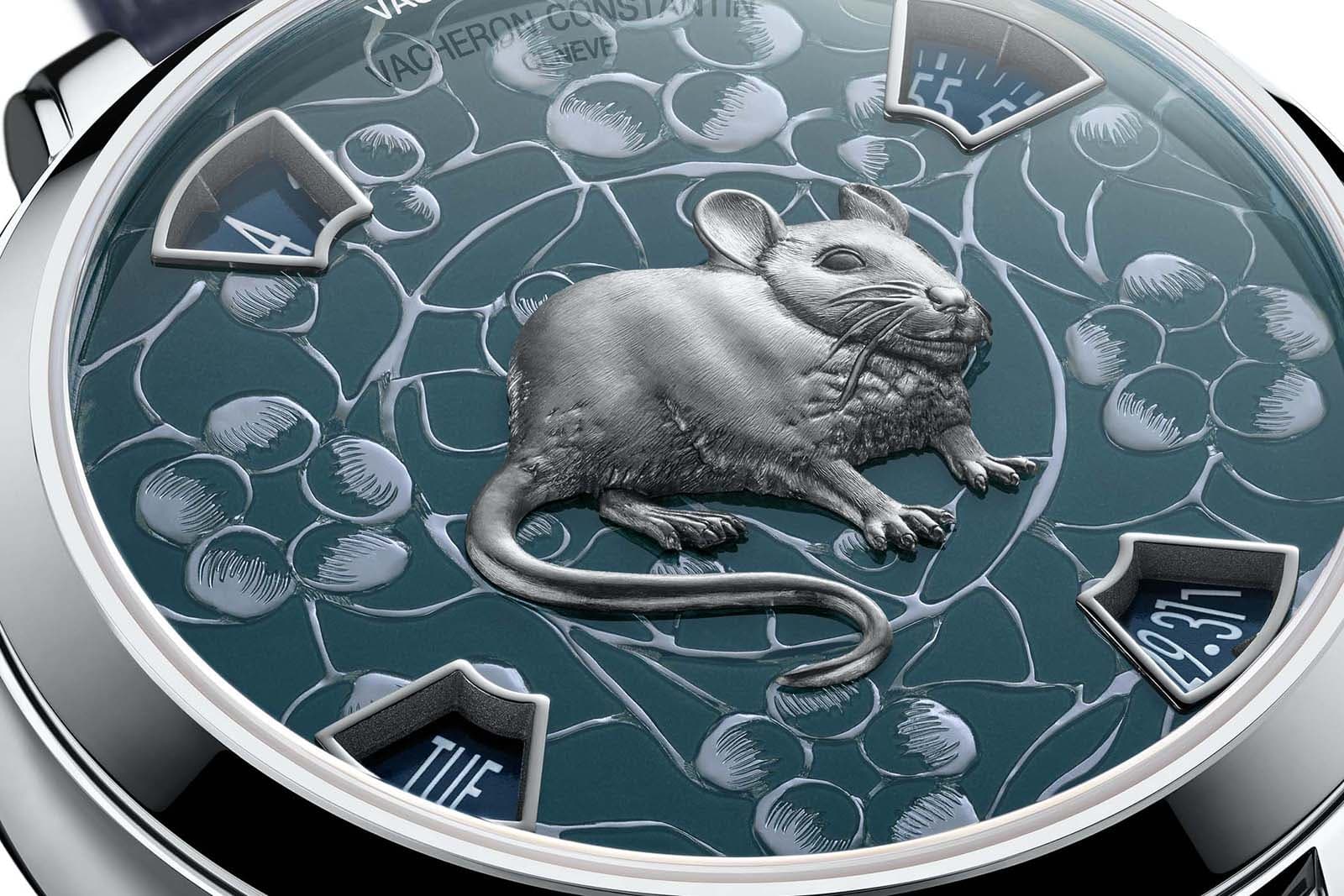 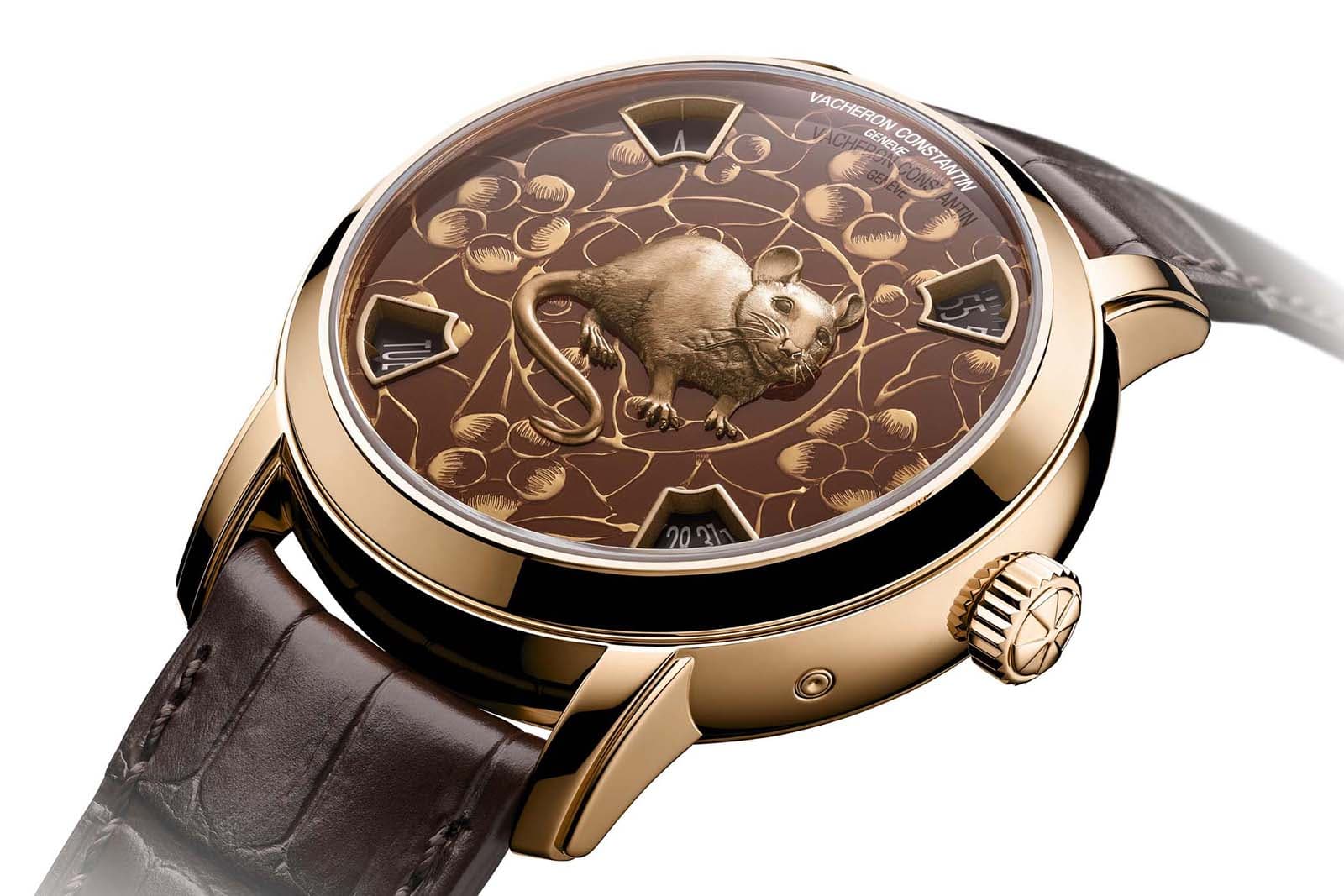 Blancpain has opted for a more experimental approach and released the first ever watch with a porcelain dial: Métiers d'Art Porcelaine. An enamel pattern depicting three rats harvesting fruit on a 33mm case. The image is crafted entirely by hand, which means that each of the eight copies in the edition will be slightly different from one another. 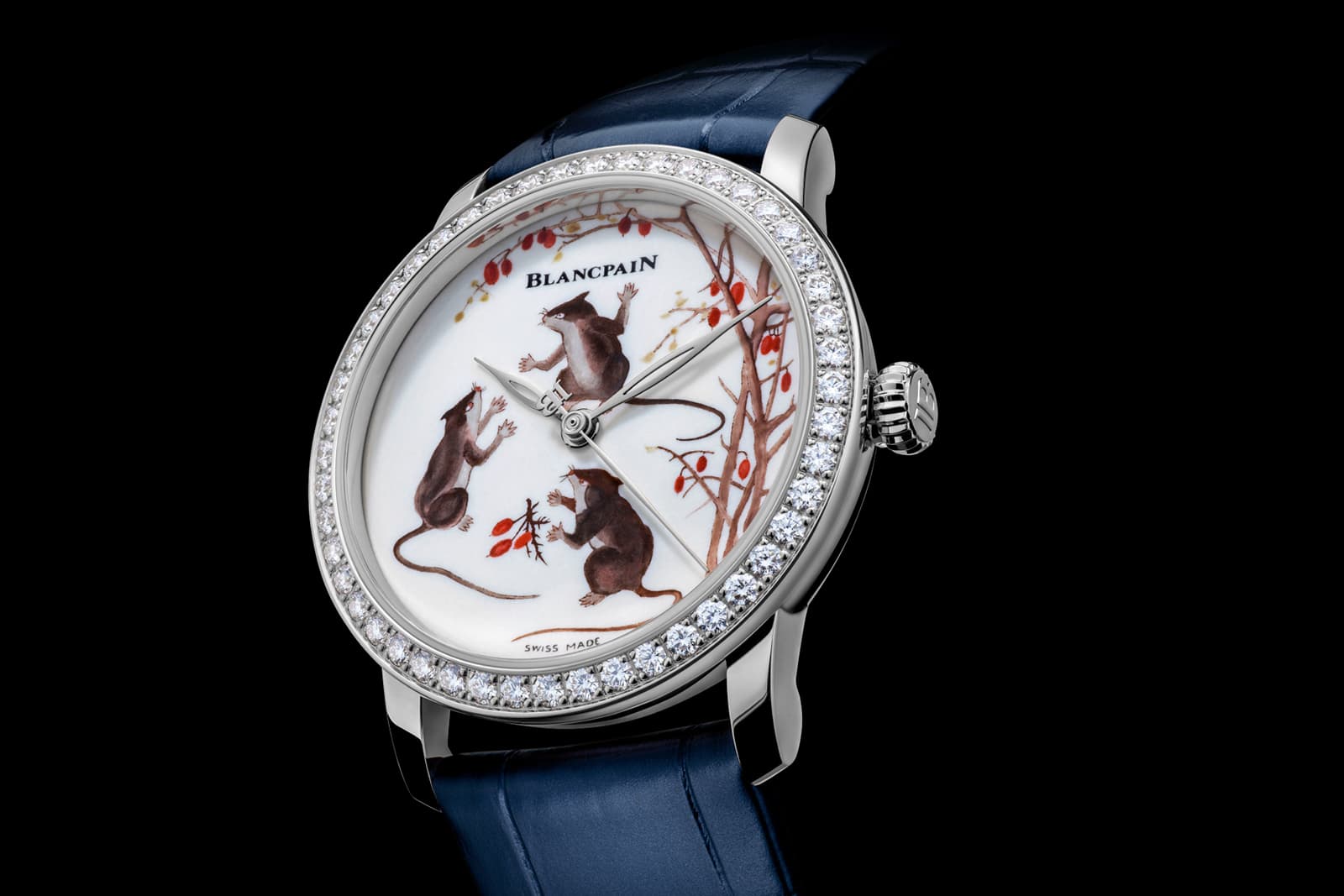 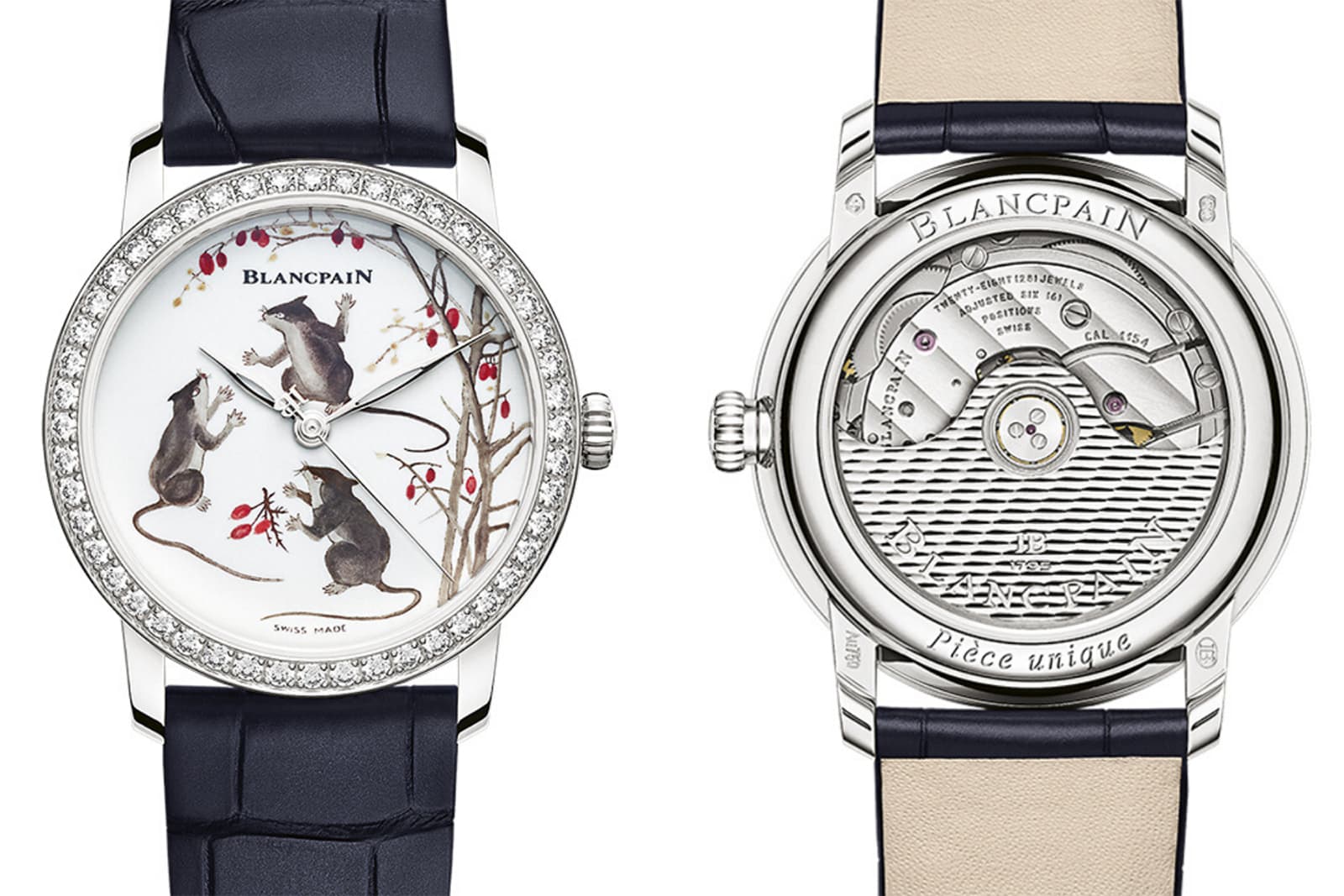 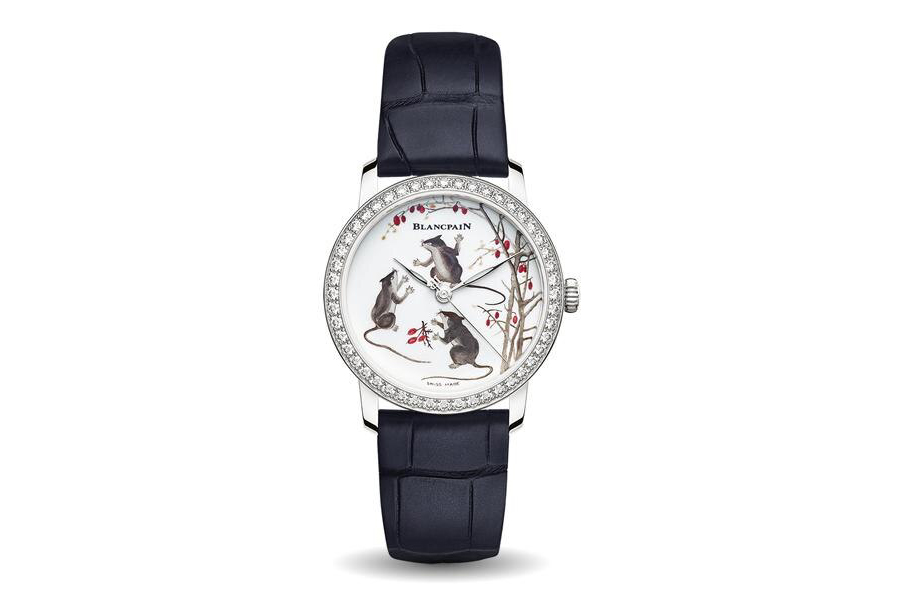 The French brand is distinguished amidst these watches by the fact that it has not decorated the dial of its watches with the naturalistic image of the rat! Instead, you can see a caricature of the animal covered in the Louis Vuitton monogram on the Tambour Horizon Smartwatch dial. It is holding an iconic weekender bag between its paws. A bit of harmless fun! 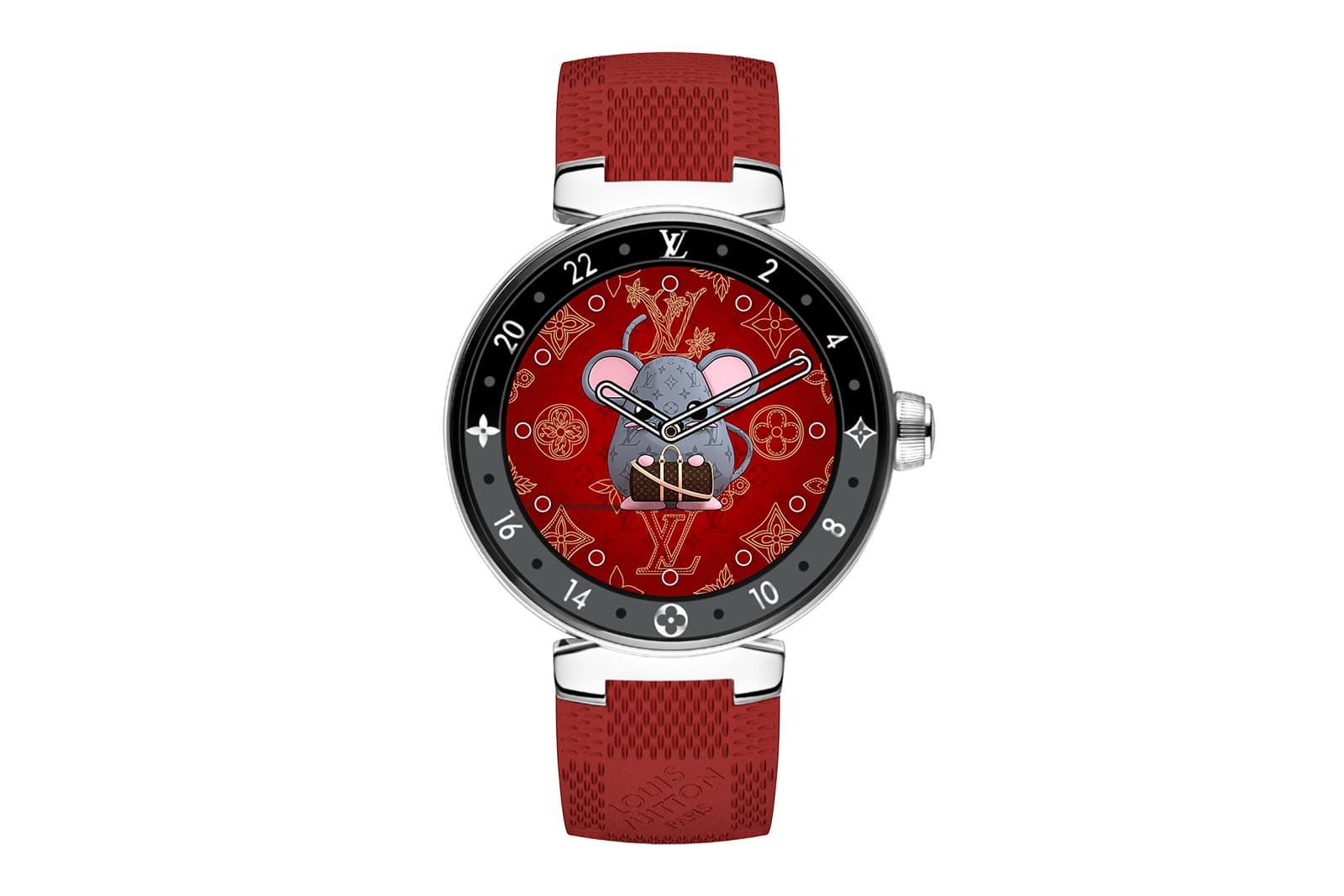 In China, the number eight is considered lucky. It is for this reason that I have put together exactly this number of watch models. Each one is unique, differing from each other stylistically, in the hope that no matter the taste of the collector, there is something here for everyone.