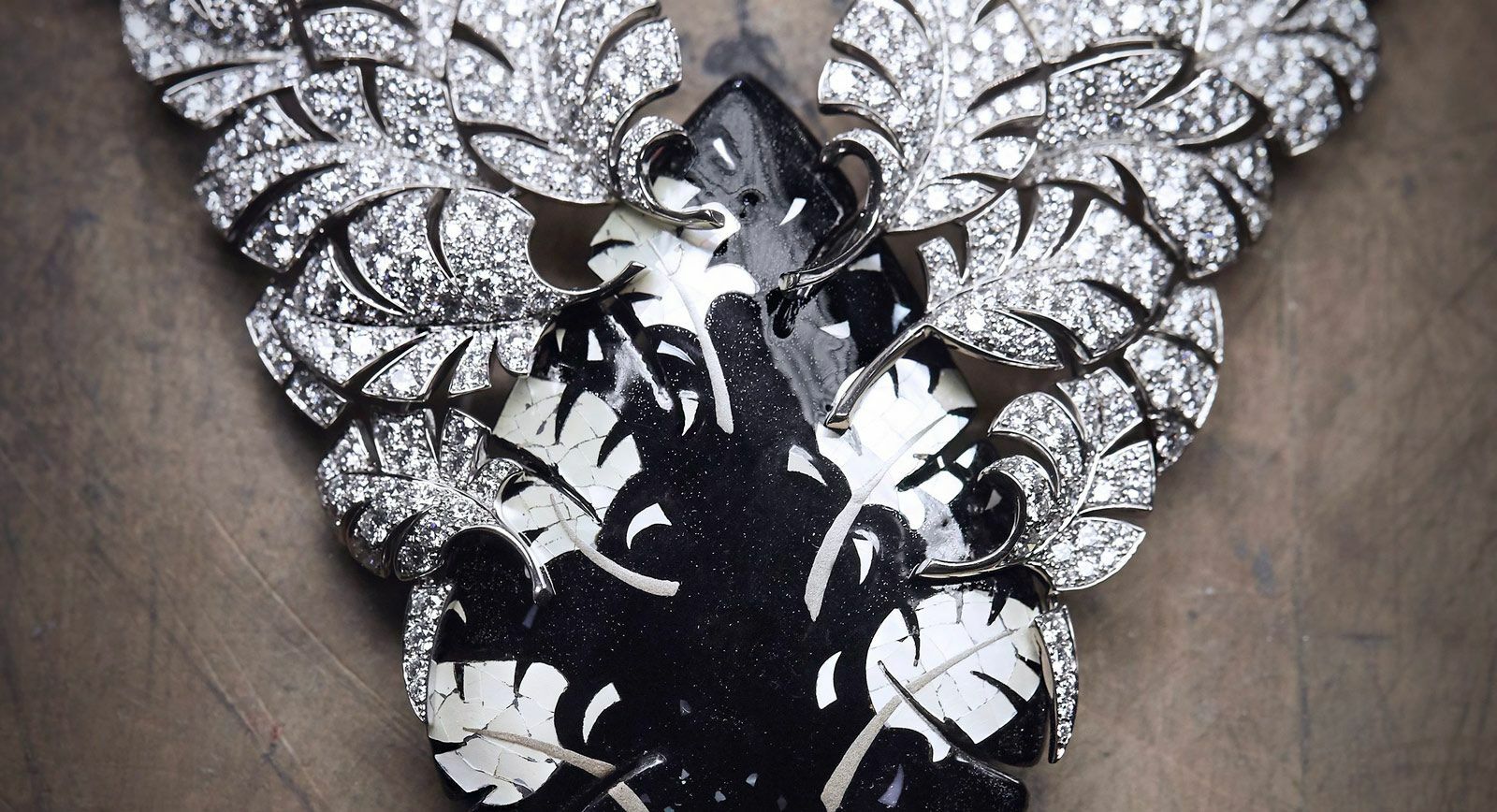 The legendary Gabrielle Chanel had a special passion for feathers and used them with pleasure as decoration in her trademark hats. In 1932, with her characteristic daring, she decided to experiment and debuted her first collection of jewellery made in diamonds and platinum, Bijoux des Diamants. The collection consisted of several dozen items, one of which was made in the form of a feather. It easily transformed into a brooch, a tiara or a piece of jewellery to wear on the headpiece, embodying grace and freedom. The feather has gone down in the history of Chanel as one of its central symbols, and the fashion house’s designers have turned to it again and again for inspiration.

In 2013, the French fashion house debuted the extensive Plume de CHANEL collection, consisting of 30 pieces of jewellery, dedicated to the symbol of the feather. And now, just four years later, Chanel’s designers have returned to this motif, creating a new interpretation of it, together with the Japanese master craftsman, Yuji Okada. He is an expert in the unique decorative technique, Maki-e, used in the land of the rising sun. This technique allows the creation of an image on a lacquer surface with the aid of metallic powder. The word “maki” means “to sprinkle”, and “e” is a picture. Together, it means to “paint through sprinkling gold”. This traditional Japanese technique cannot be found anywhere else in the world. 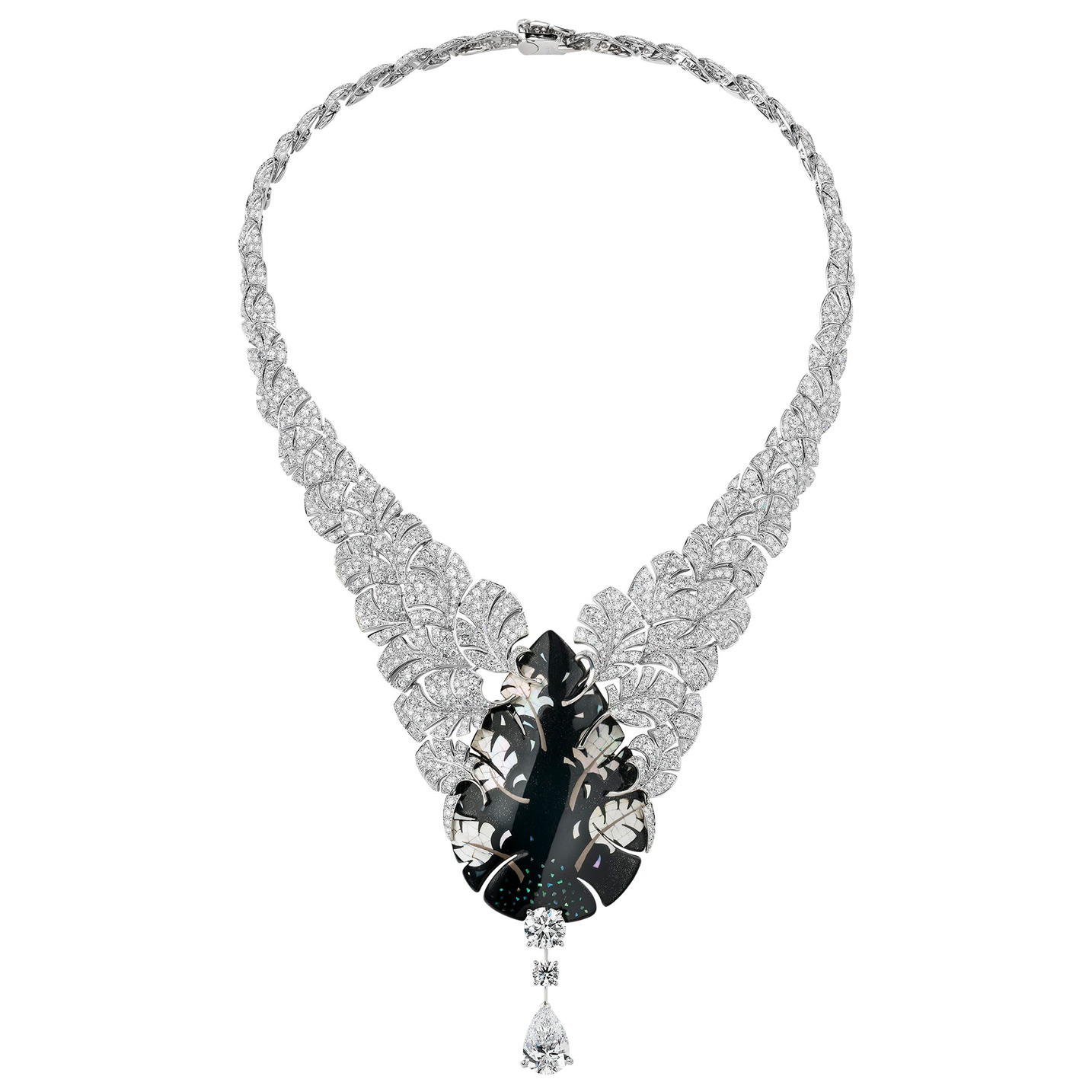 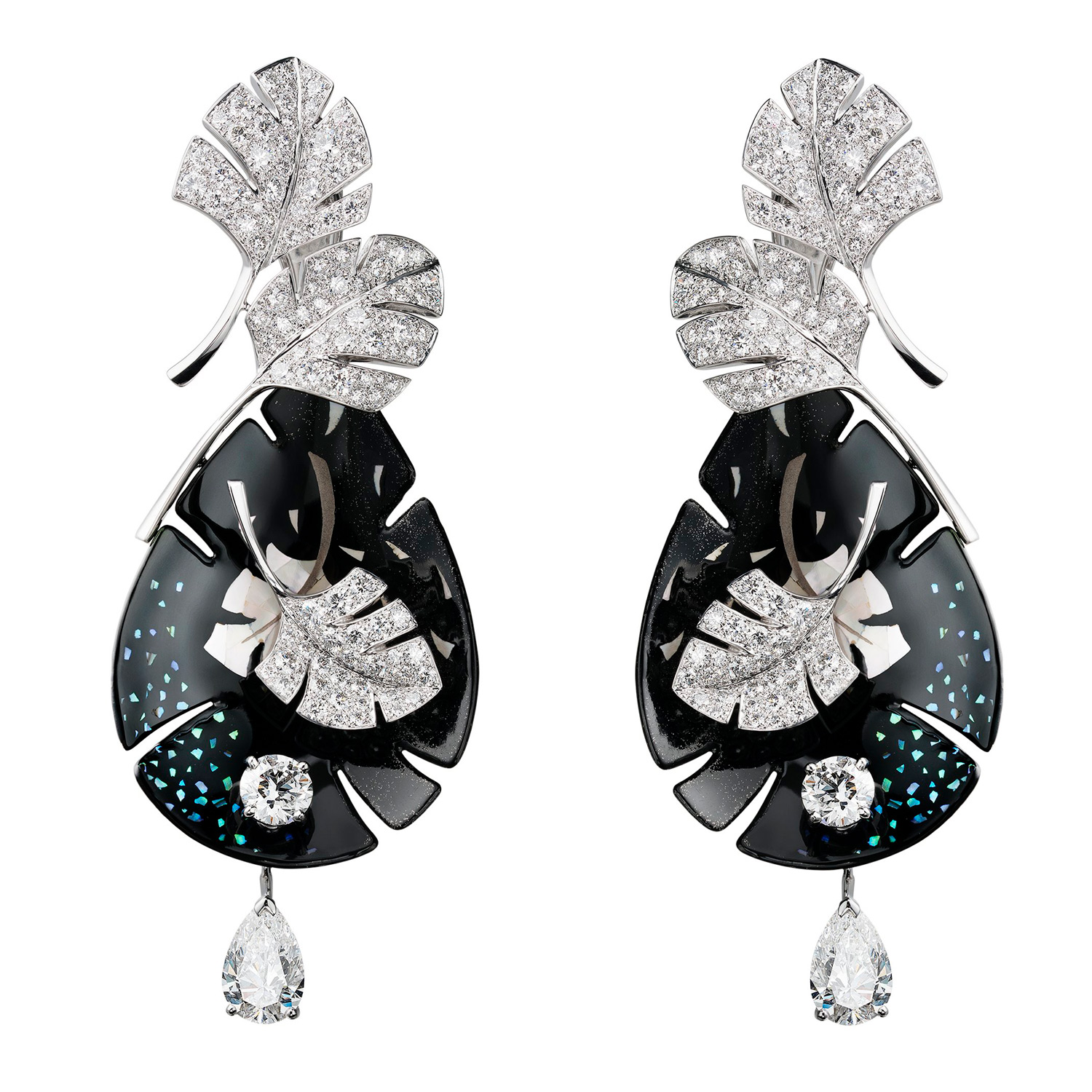 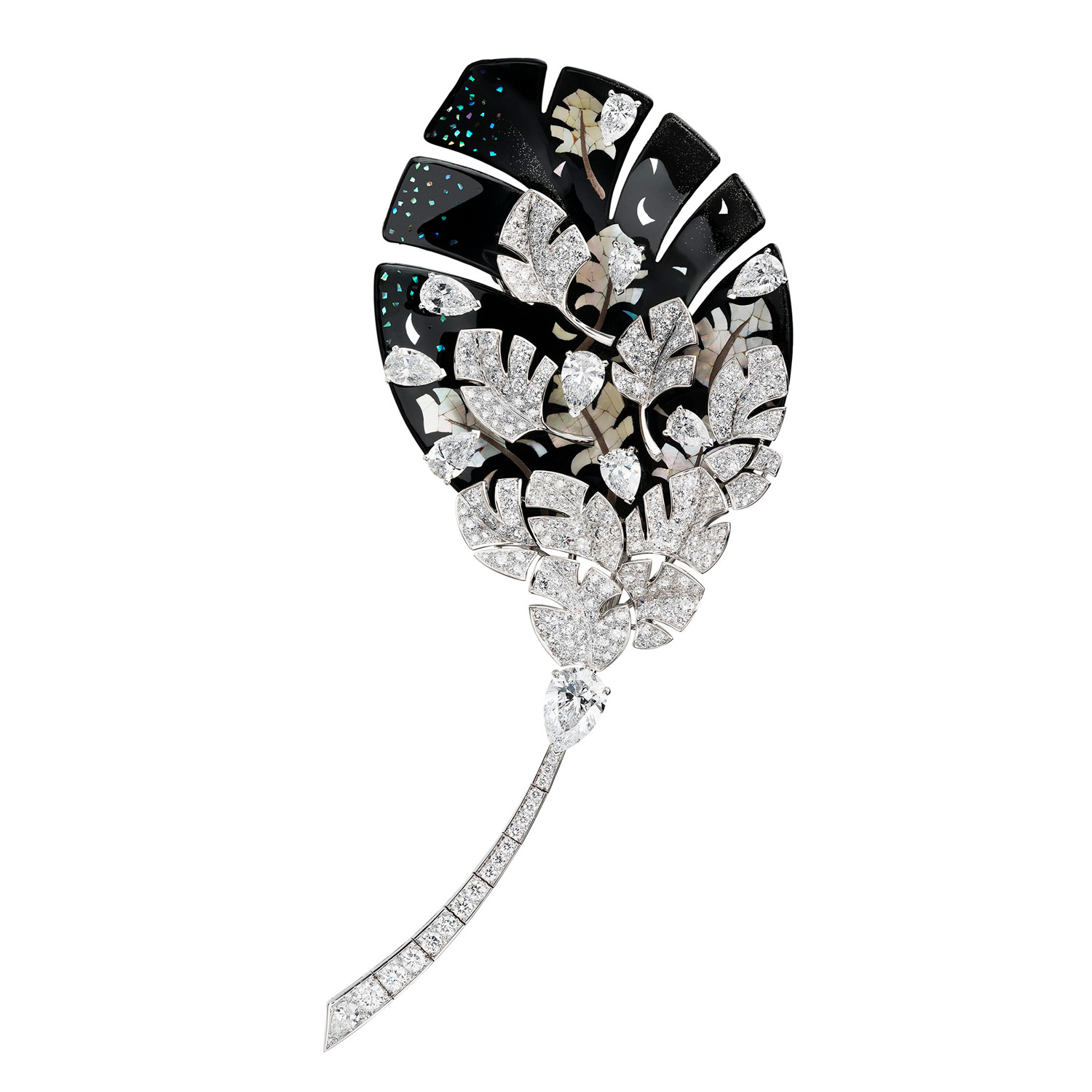 The jewellery house’s capsule collection includes three pieces: a necklace, a brooch and a pair of earrings in a monochromatic palette. They combine the contrasting elements of white gold with colourless diamonds and stylized black feathers, decorated with the maki-e technique. These feminine and poetic pieces were made in the CHANEL Fine Jewellery workshop, located on the Place Vendôme.

The collaboration with the Japanese master was, to a certain extent, an experimental project, after all, Yuji Okada had never joined forces with jewellery houses before and had never made jewellery. However, the result exceeded all expectations thanks to the exceptionally high level of his craftsmanship. For the Plume de CHANEL collection, he sprinkled pieces of platinum on the surface of the lacquer, although for this technique you could also use another white metal, for example, silver. In order to highlight the mysterious, shimmering black lacquer, Yuji placed accents of mother of pearl on the feathers, creating mosaic patterns in the process. 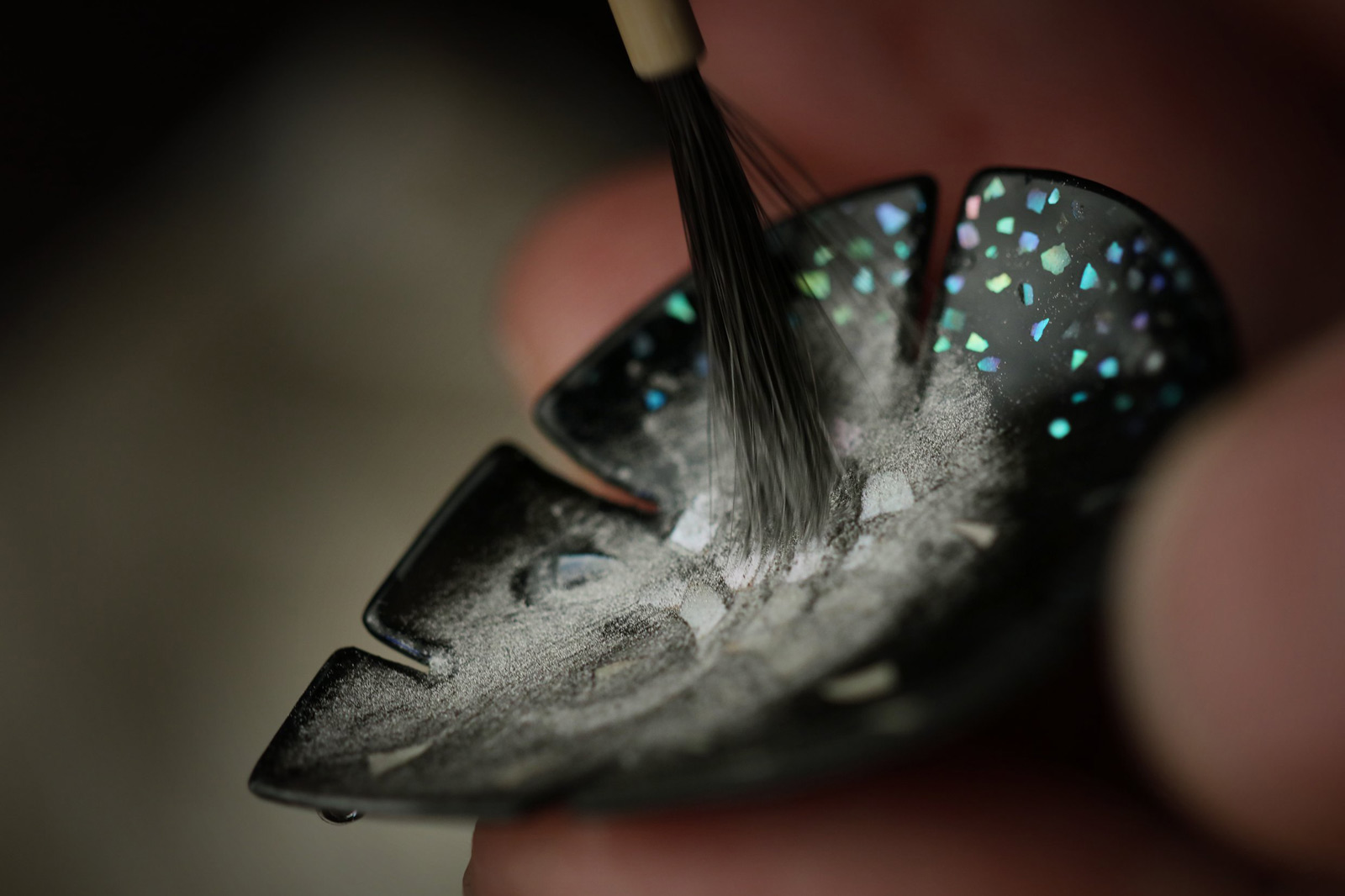 Creating pieces using the maki-e technique is a lengthy and laborious process. You can judge for yourself. First of all, the craftsman sketches the drawing on the previously dried lacquer using the natural Japanese urushi lacquer. Then, onto this still wet layer, he sprinkles metallic powder in various volumes with the aid of a slender bamboo tube, in order to make one part of the drawing bolder, and to leave another part semi-transparent. The degree of shine on the item depends directly on the amount of the grain of precious metal used. 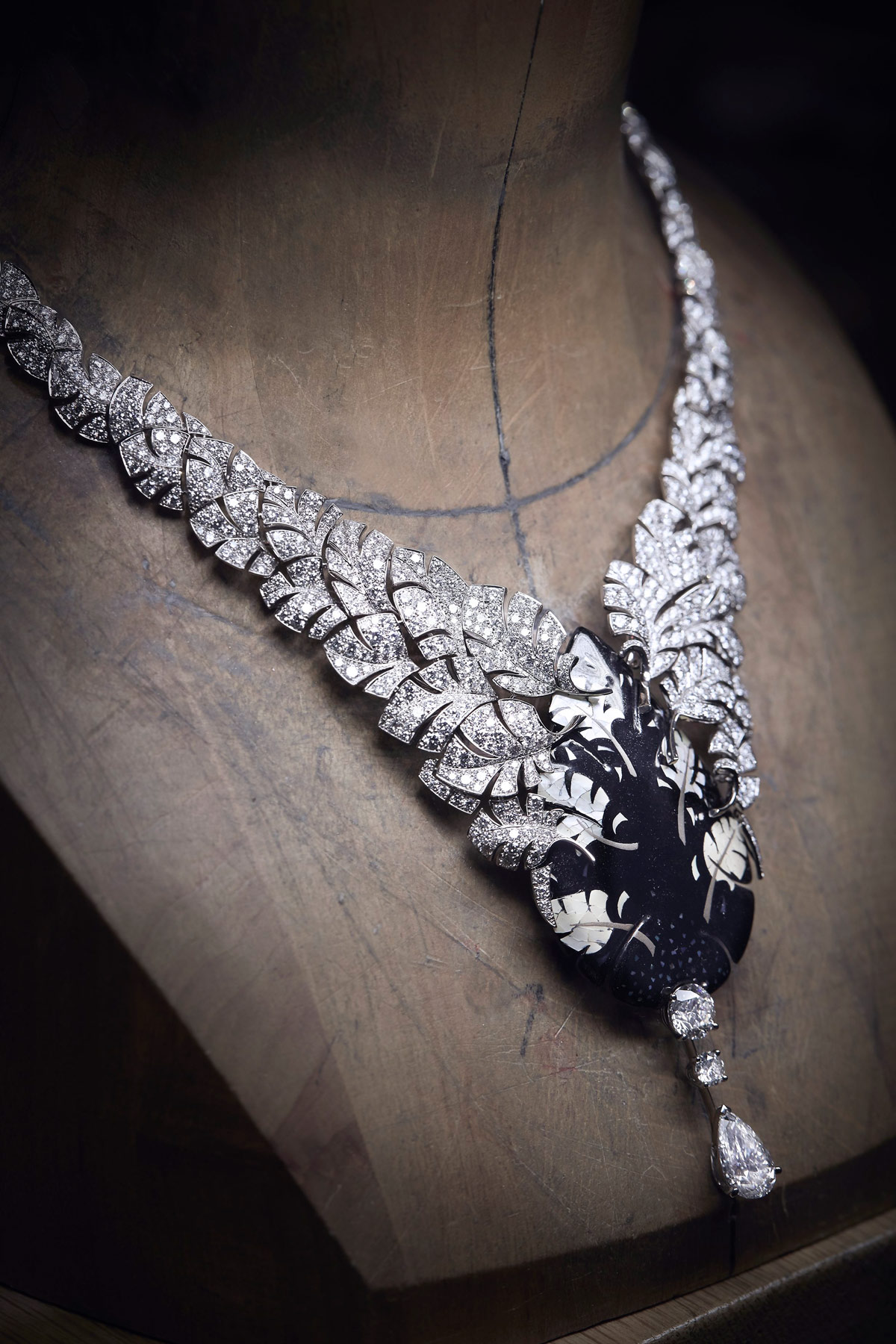 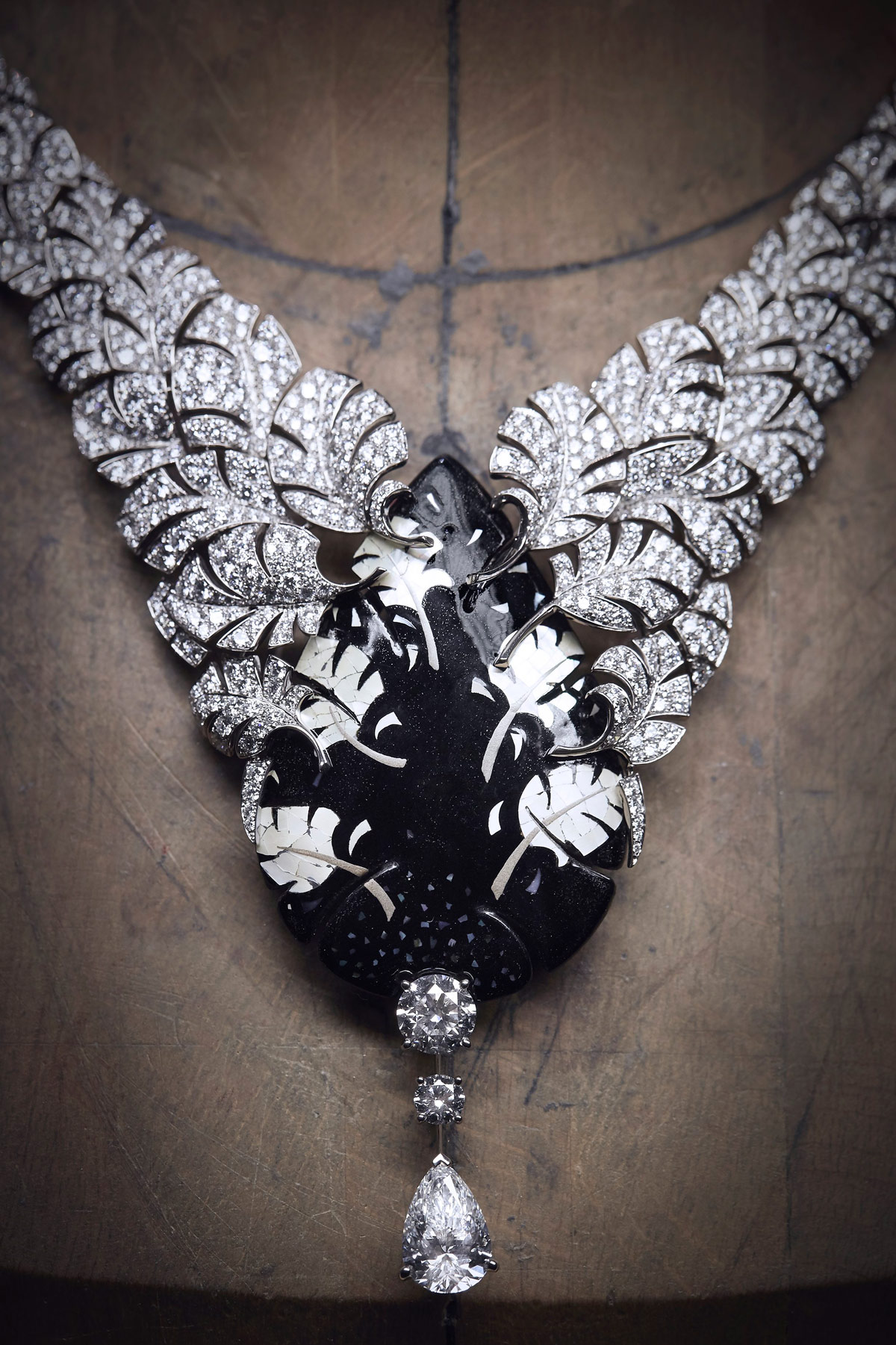 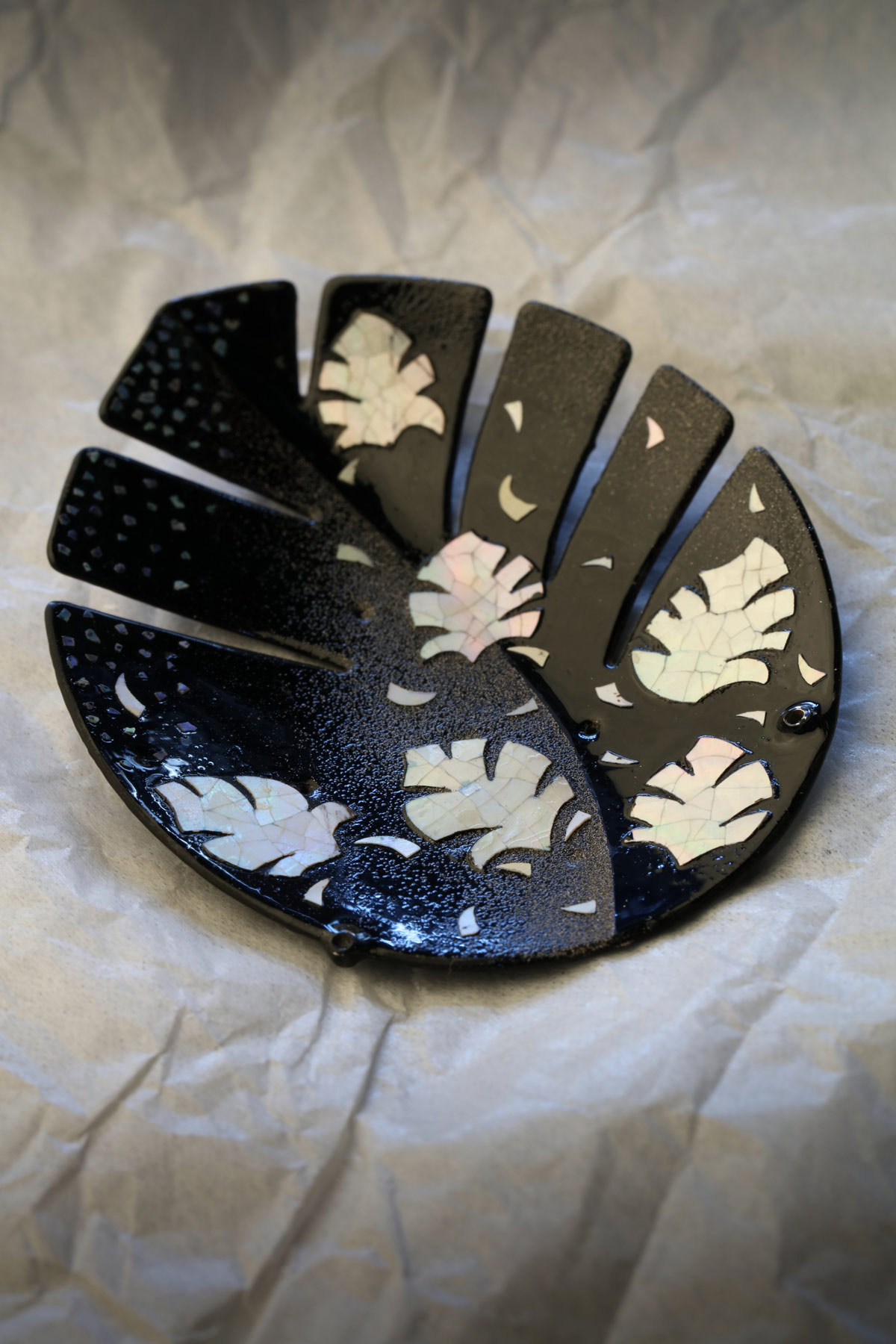 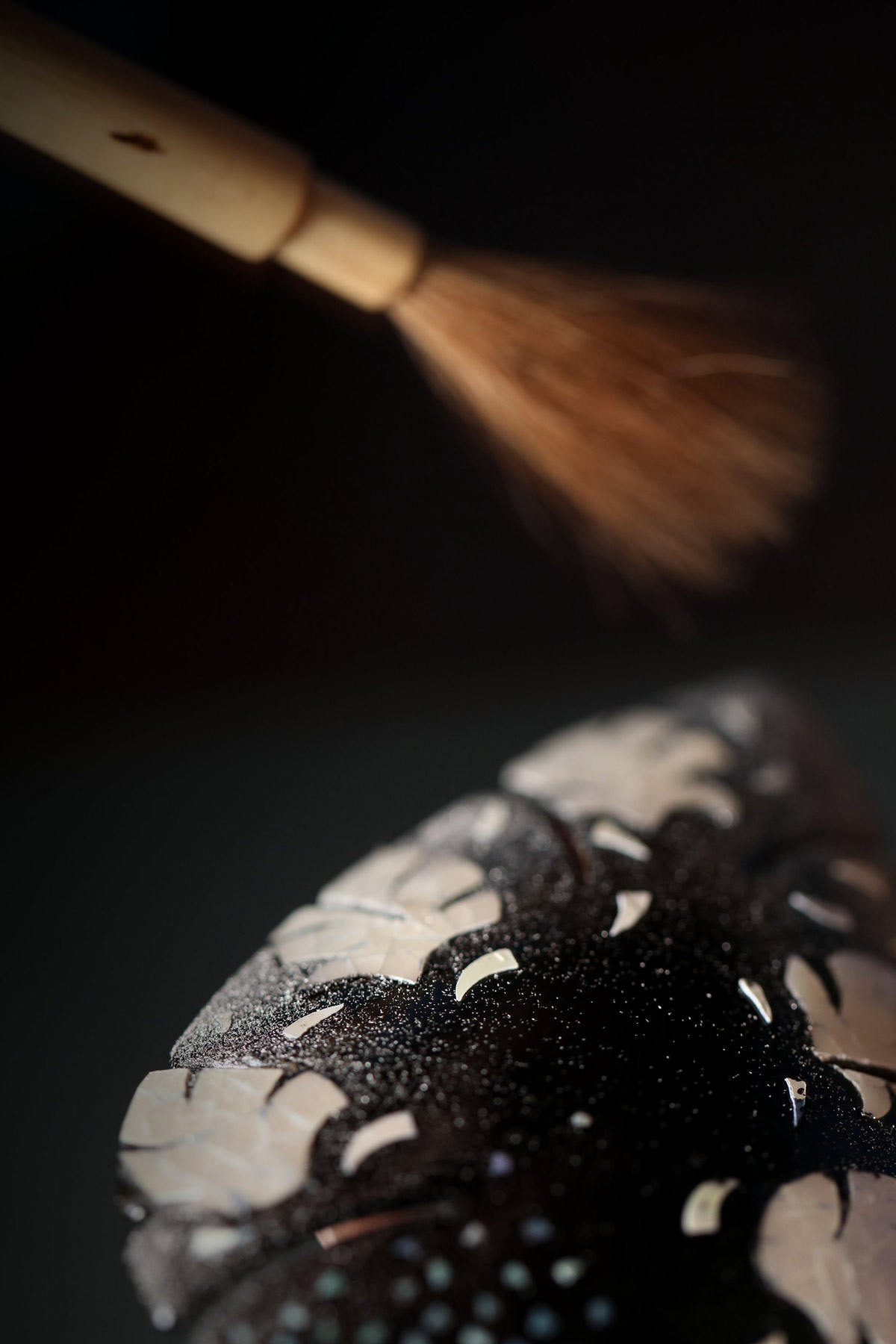 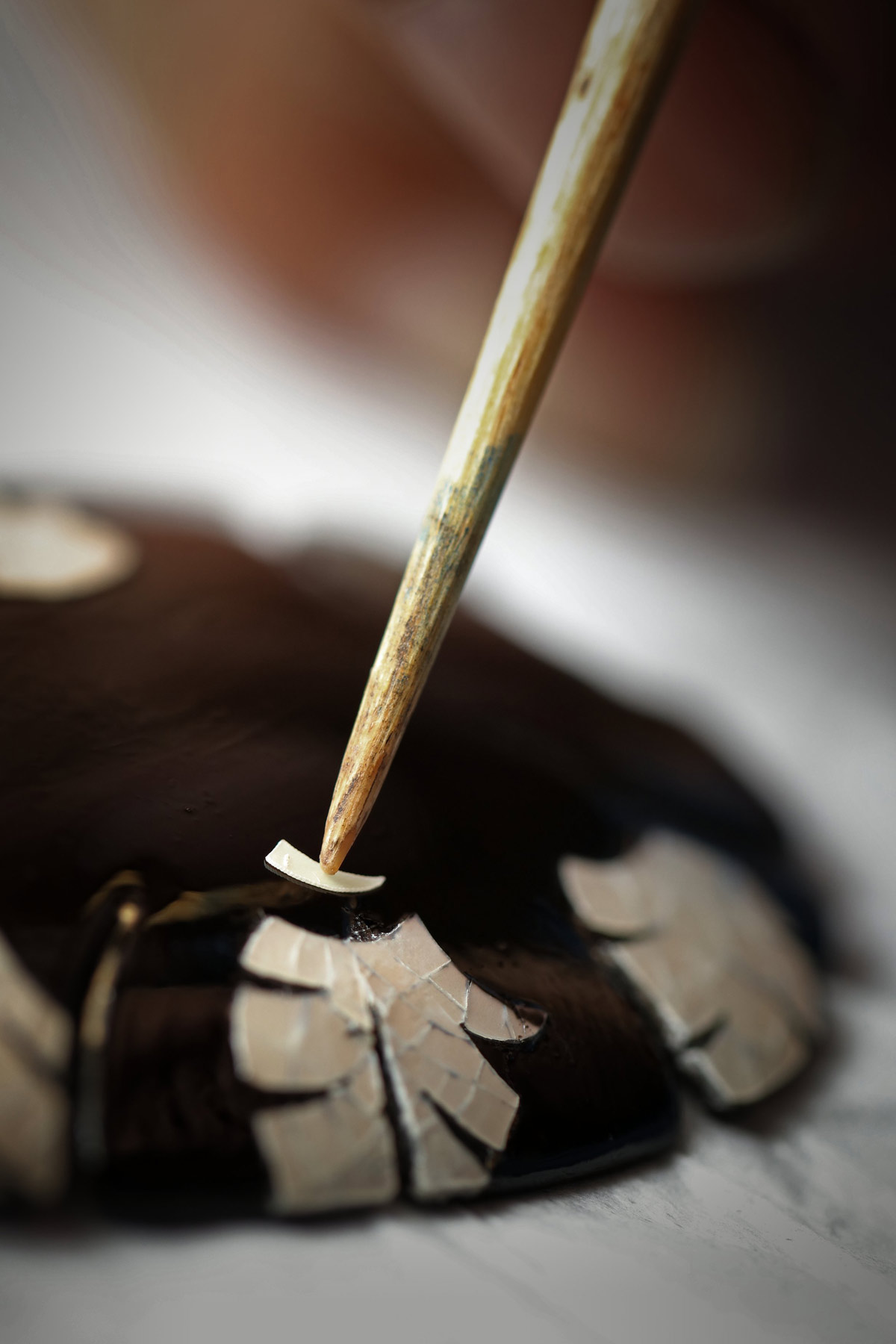 On top of this, a layer of roiro-urushi (black urushi lacquer) is applied, which, when fully dried is polished with wood charcoal or sandpaper (shiage togi). Next, the surface is covered with a protective layer of lacquer and is once again polished with charcoal. This is repeated at least three times to give the drawing a sense of depth and volume.

The Maki-e technique has a very rich history and traces its roots back to 794-1185 AD. Then, it was used to decorate household items of nobles in the court of royal families and military leaders. The laborious and expensive art form was only available to the very wealthiest strata of the nobility and embodied power and might. This explains why the Plume de CHANEL necklace, earrings and brooch have been released as one-off pieces.

The capsule collection, linking the best stones with the techniques of different countries, is now travelling around the world to be shown to customers by appointment. 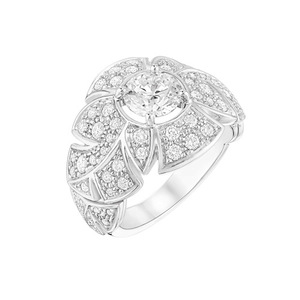 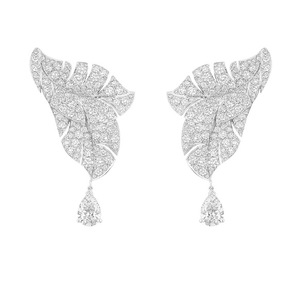 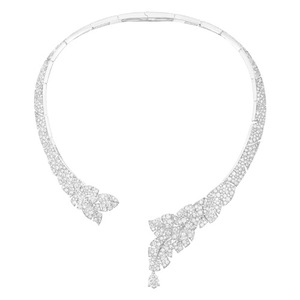 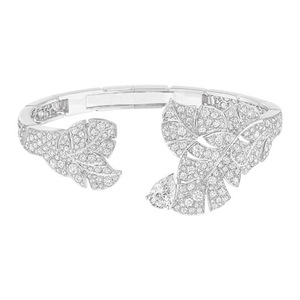 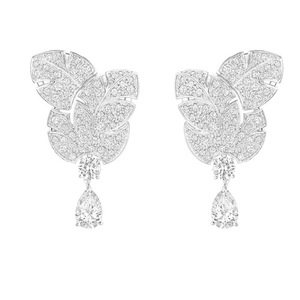 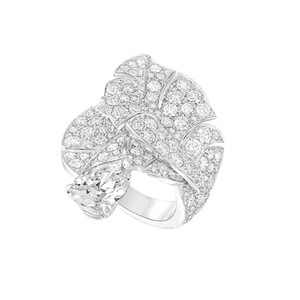 SPECIAL THANKS: KOMMERSANT STYLE SUPPLEMENT FOR PUBLISHING THIS ARTICLE