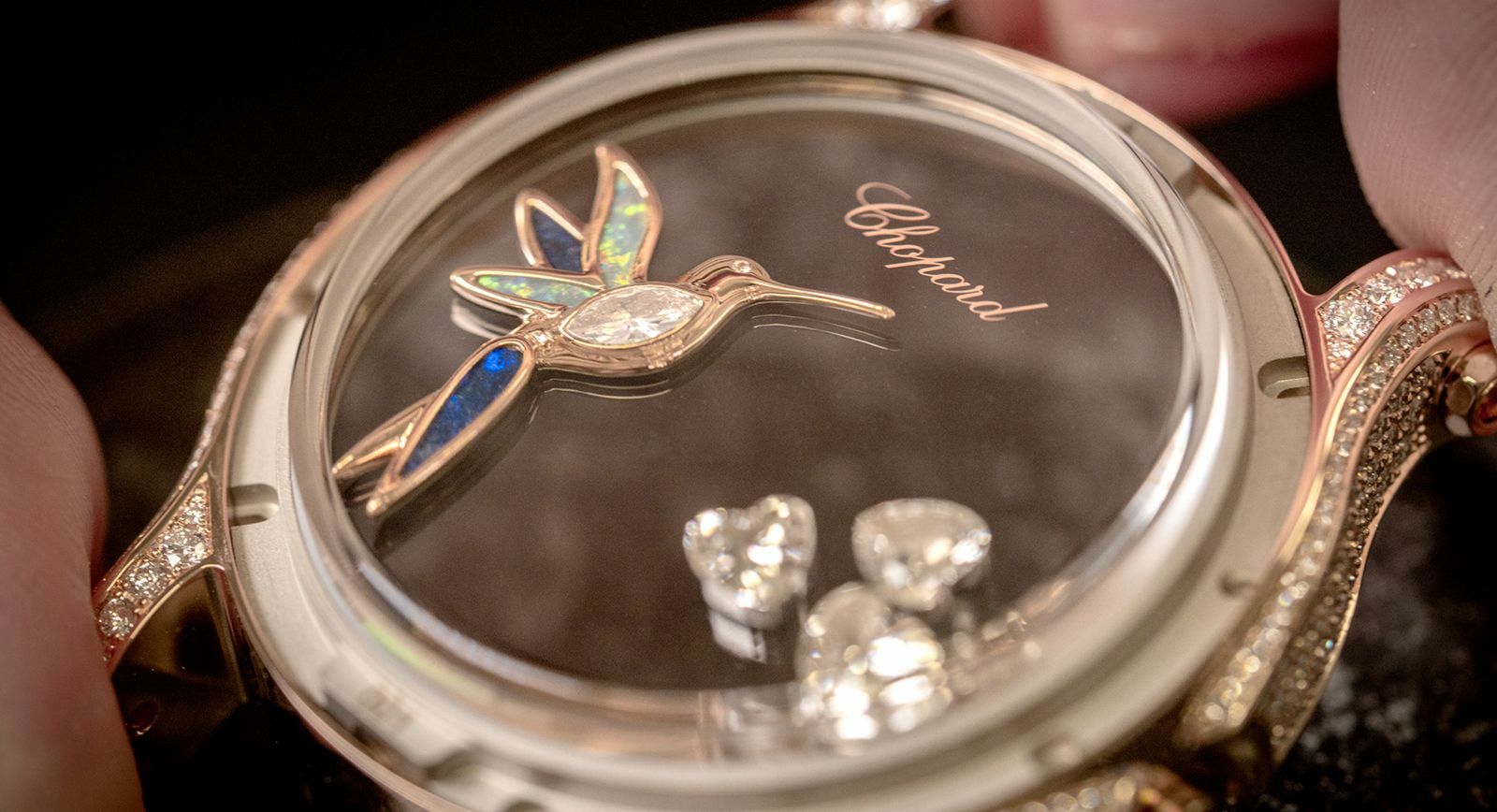 This spring, Chopard released more than a dozen new timepieces at Watches & Wonders, but it was the three Happy Sport Métiers d’Art models that instantly caught my attention. They include the sweetest depictions of endangered animals as well as “dancing” diamonds that pay tribute to beauty and serve as a reminder of the importance of preserving the world around us.

The heroes of the three Happy Sport Métiers d’Art watches are the Sea Turtle, the Hummingbird and the Polar Bear, each of them adorned with a unique watch face and released in a limited edition of eight pieces. Multi-dimensional mosaic inlays teeming with precious and semi-precious stones turn these works into true objets d’art, telling stories of fascinating miniature ecosystems and stylised worlds. These new models offer a concept based on high-tech innovation that completely reimagines the legendary “dance” of Happy Diamonds. The invisible hand of the jewellery choreographer has created individual moving elements inside each case that enliven the whole picture. 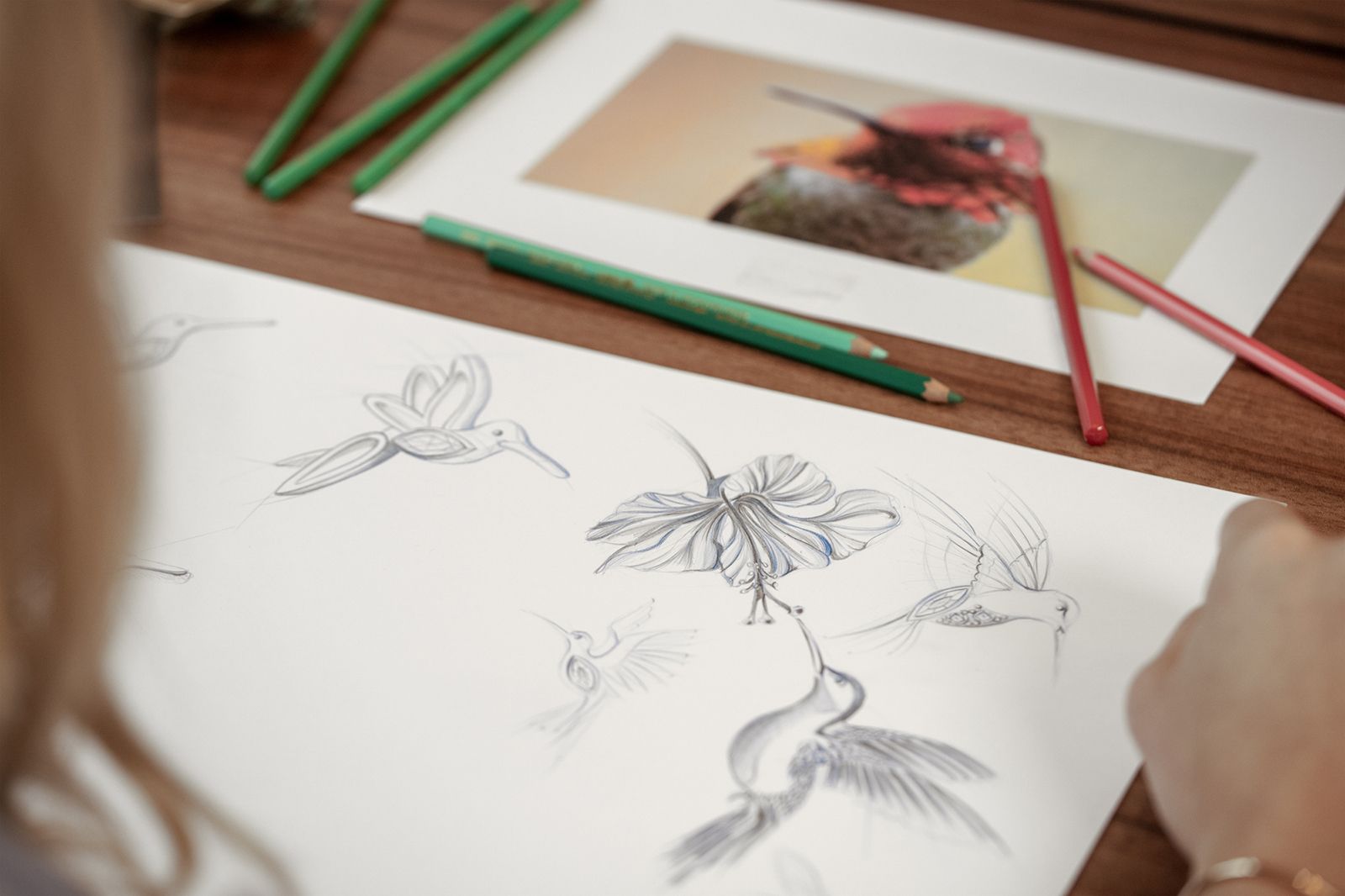 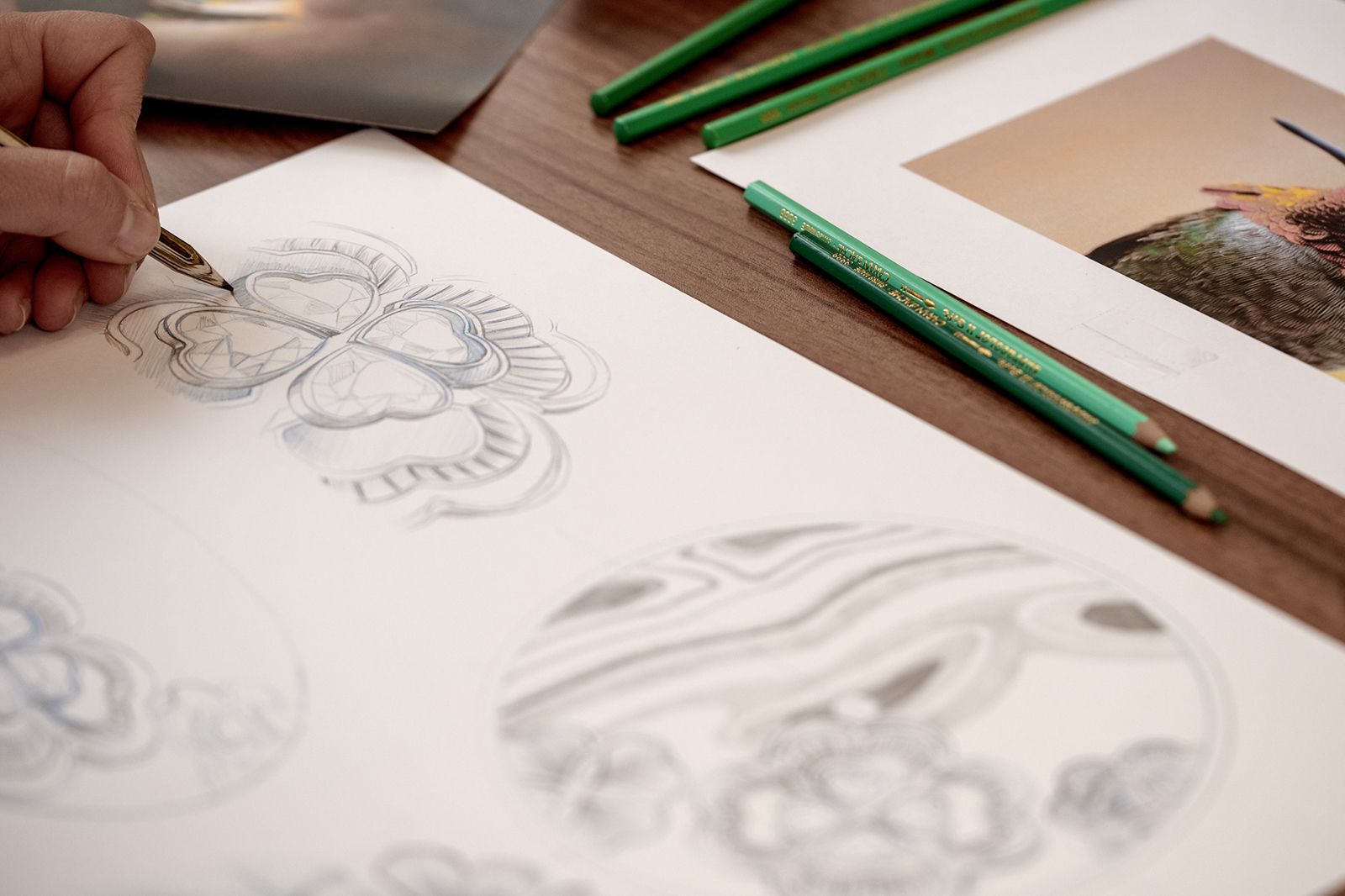 “With a wealth of animals and minerals, Happy Sport Métiers d’Art is a source of joy, a veritable elixir encapsulating the values upheld by Chopard, which continues to explore a love of life and nature that has consistently permeated its collections,” enthusiastically remarks the team at Chopard speaking about the new Happy Diamonds models. 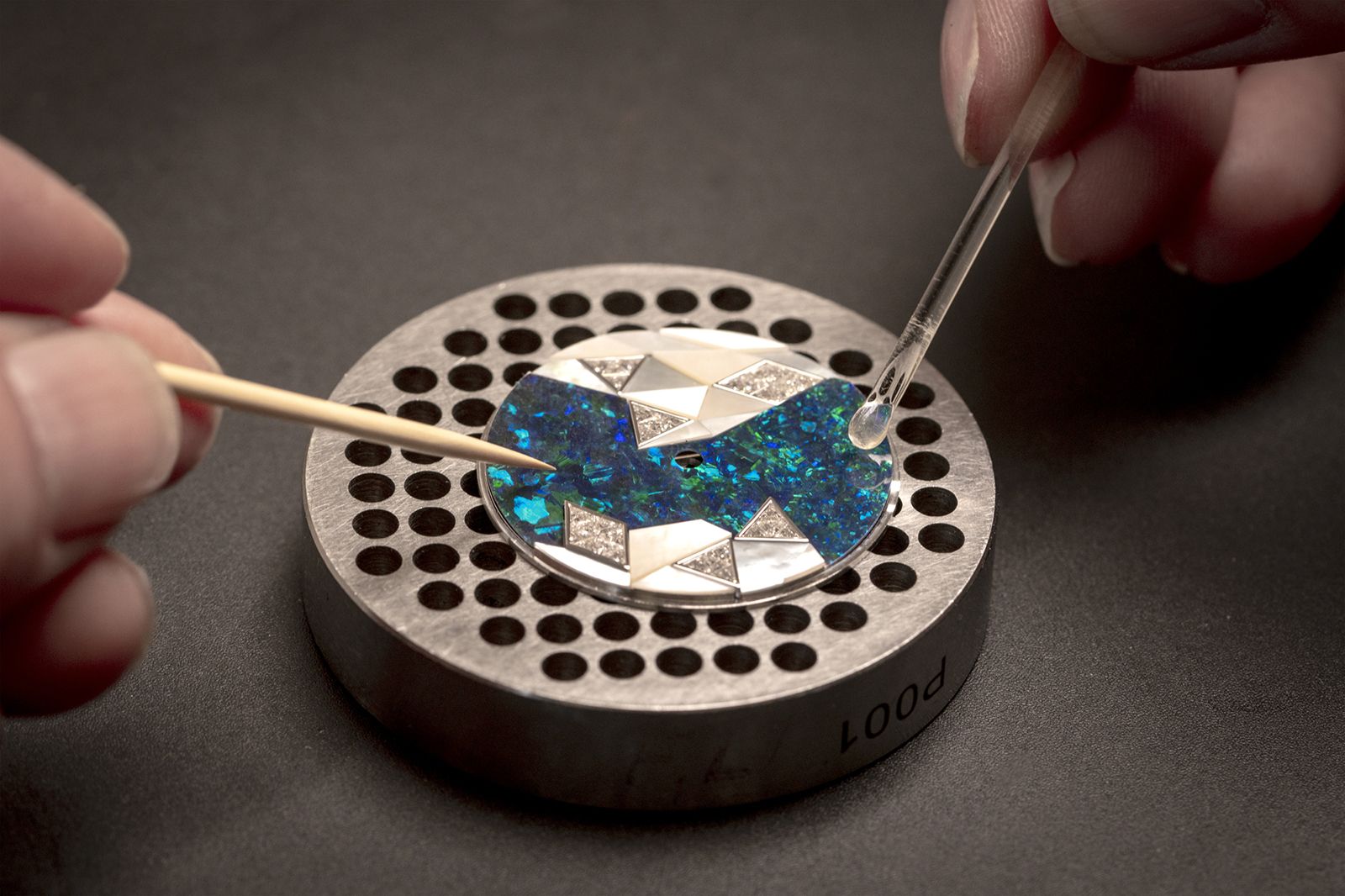 The strength of the white denizen of the snowy plains is lauded through the legends of many cultures. This land predator is second in size only to the saltwater crocodile! A menacing look, a deep voice and a majestic tread have afforded the polar bear a seat on the highest throne of the ice kingdom, but that’s something which is swiftly changing due to the onslaught of global warming. The ice sheet that is its home has been steadily shrinking over the years. It is this ecosystem that Chopard depicts on a gorgeous blue-green opal dial. Textured mother-of-pearl and invisibly set triangular-cut diamonds portray the ice of the Arctic Circle in a highly graphic way with a variety of relief effects. The figure of a bear with a pear-shaped diamond in its paws and three colourless fragments, symbolising collapsing ice floes, freely “travel” through this precious landscape. 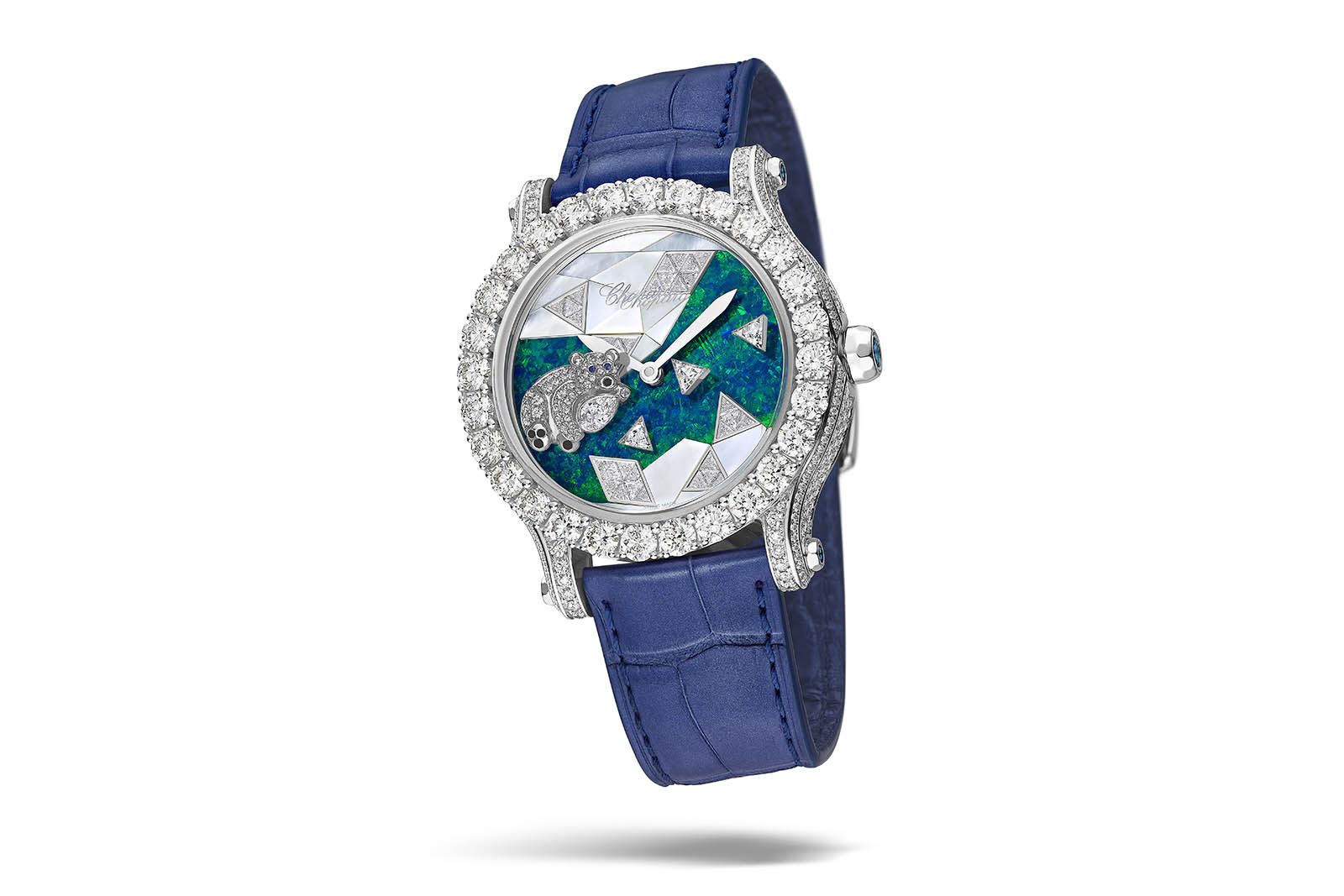 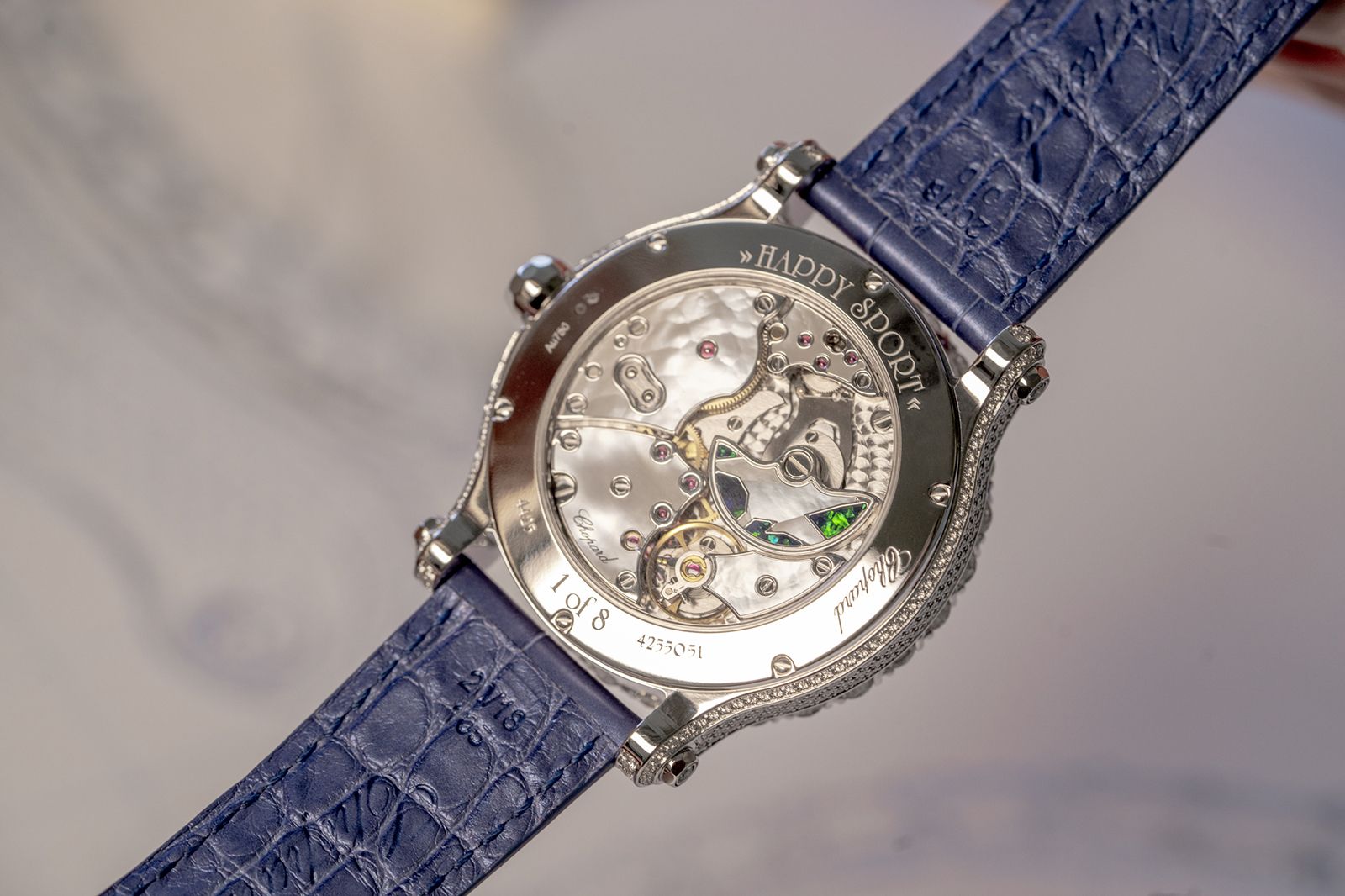 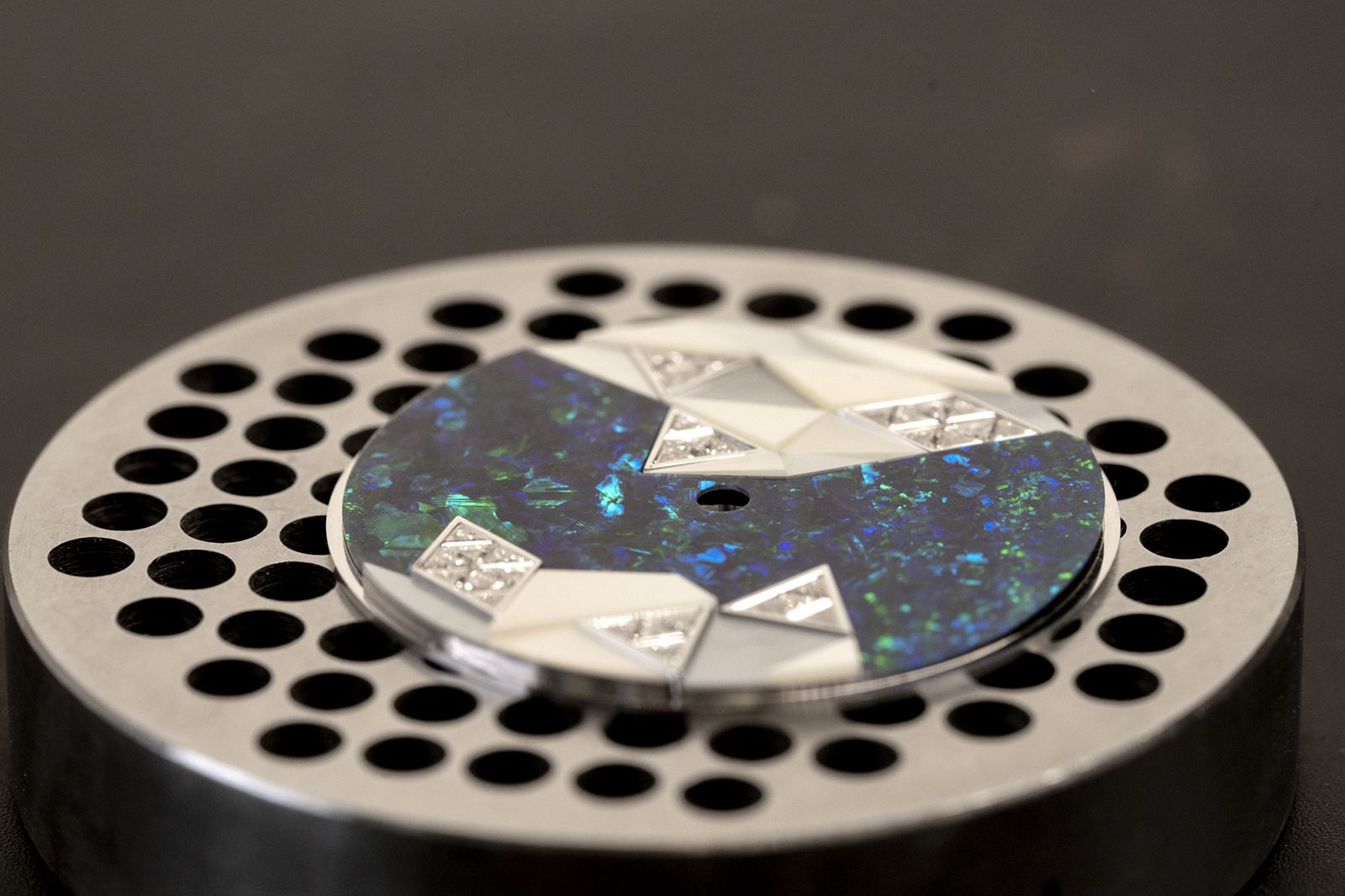 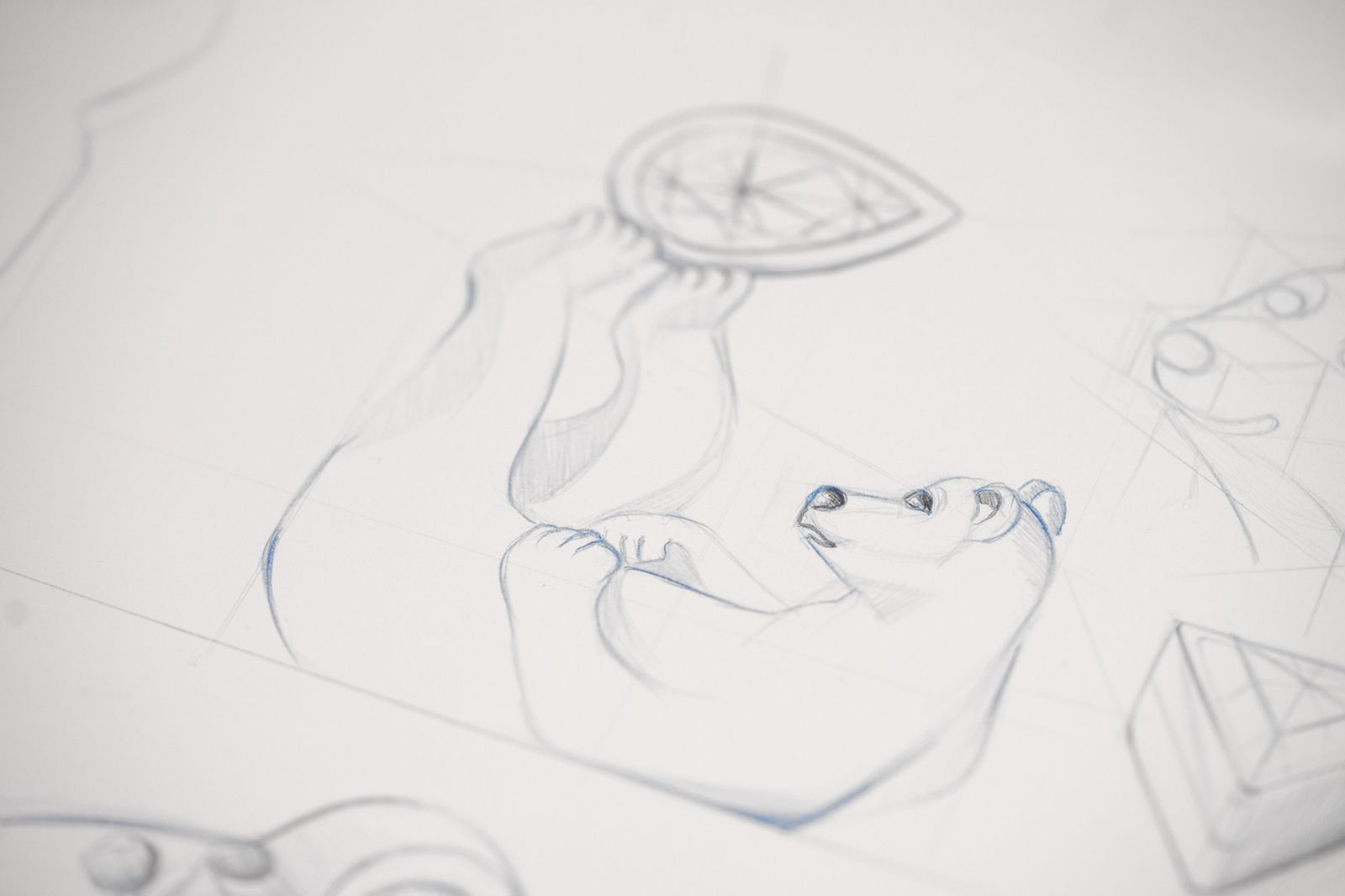 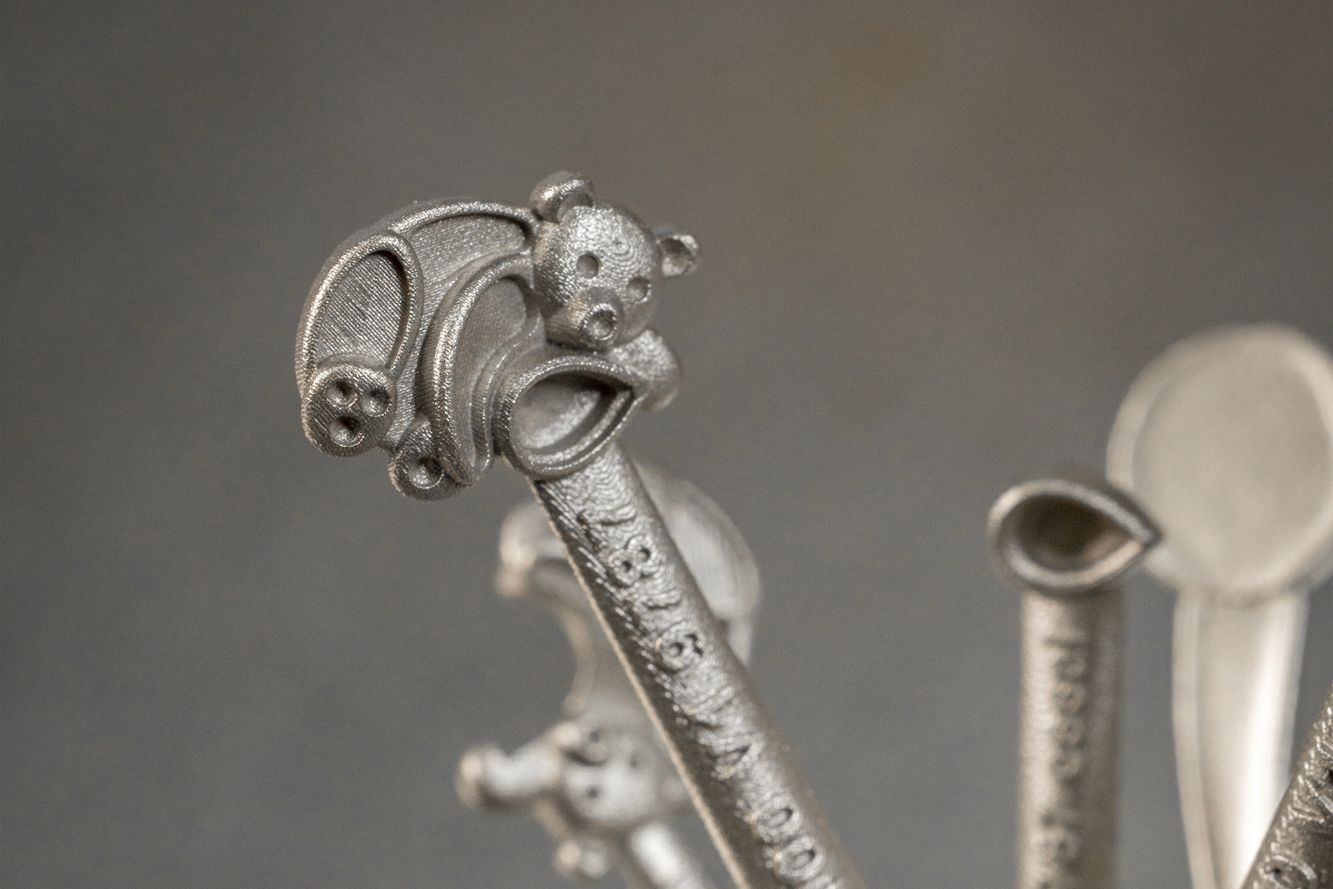 Just 200 years ago, the oceans were home to millions of turtles, but over the past century their numbers have drastically declined due to beach developments, climate change and marine pollution. However, the primary danger for these champions, among other vertebrates, is industrial fishing. Their powerful shells create a false sense of security in the face of life’s many adversities: six of the seven remaining varieties of sea turtle are currently listed on the IUCN Red List of Threatened Species. You have surely noticed that sea turtles, while they are clumsy on land, glide freely and gracefully through the water. It is this amazing transformation that Chopard’s craftsmen have tried to convey. Emitting an aura of playful kindness, the protagonist, wearing a cabochon-cut natural aventurine shell and three pear-shaped diamonds, swirls freely between two sapphire crystals, as if floating in a miniature mother-of-pearl aquarium surrounded by green opal underwater vegetation. The result recreates the effect of a mesmerising and soothing seabed with unparalleled visual depth. 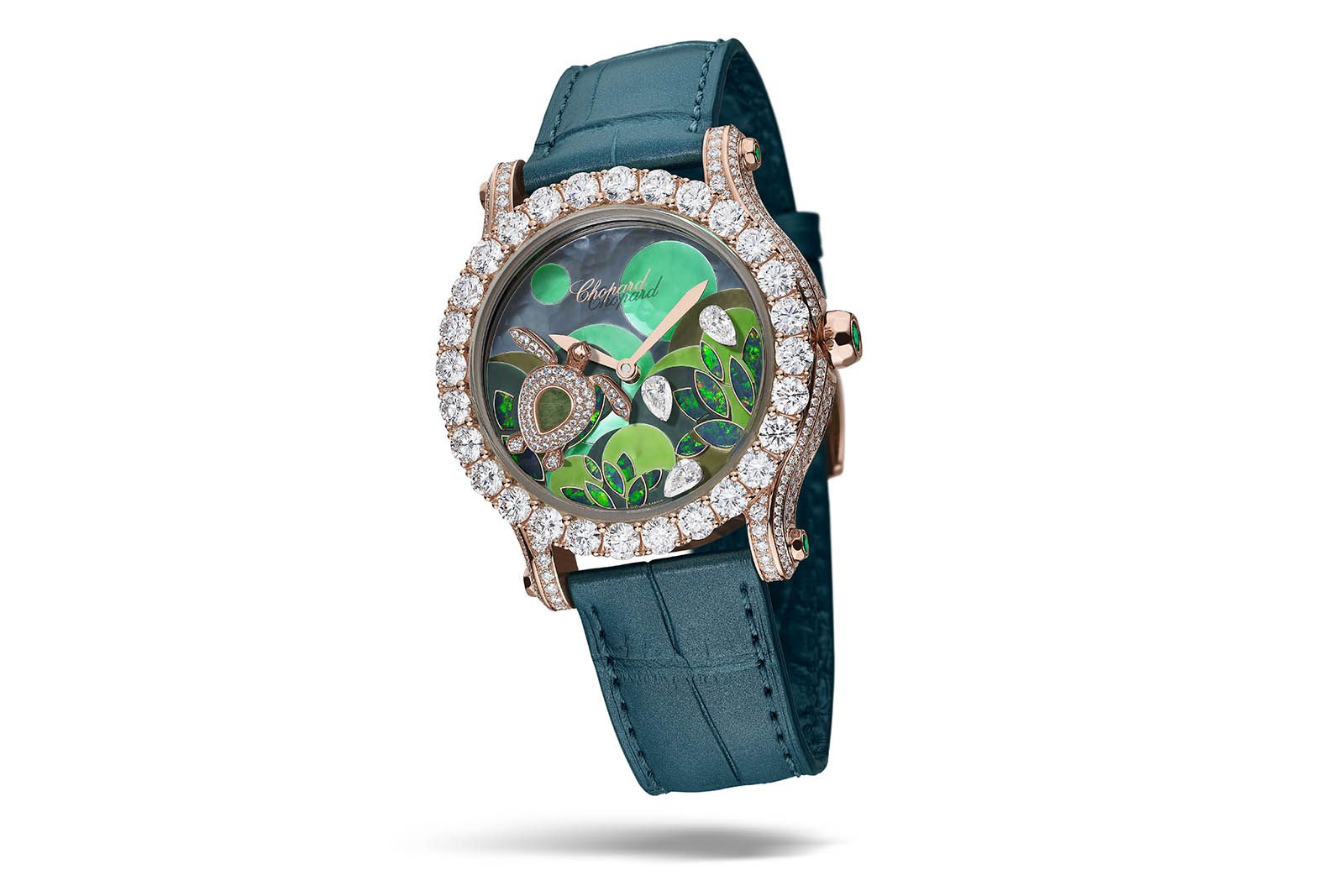 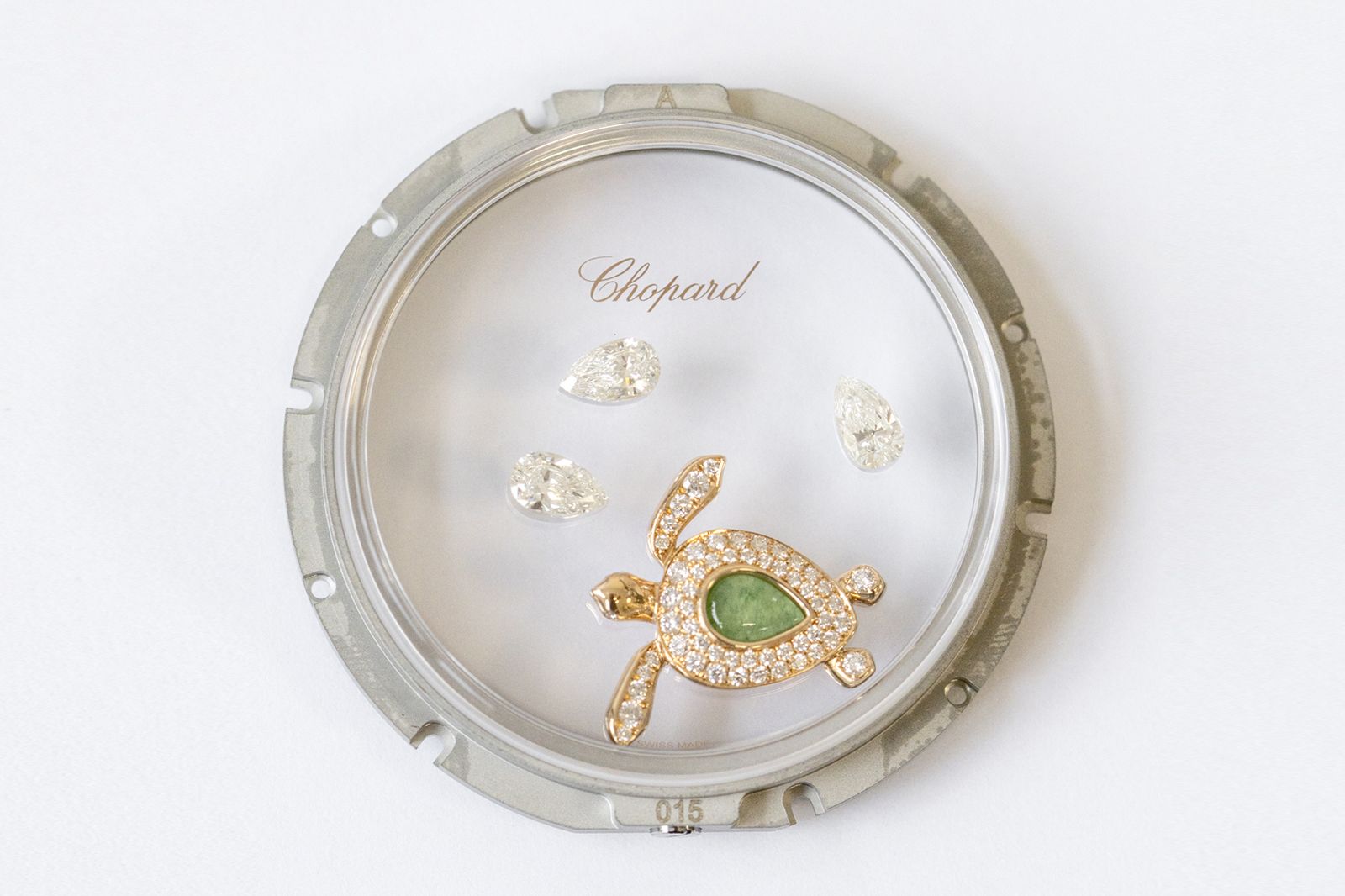 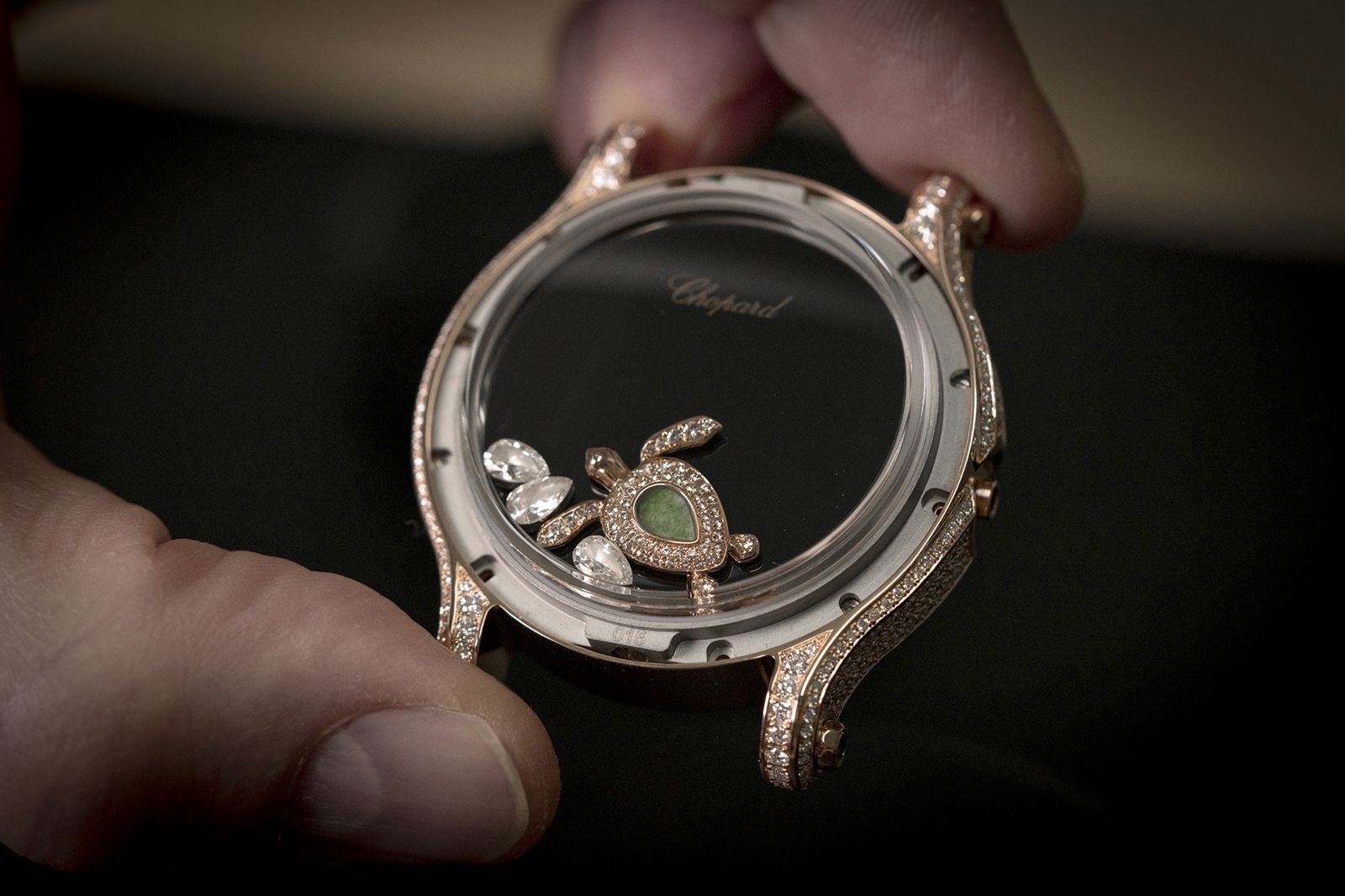 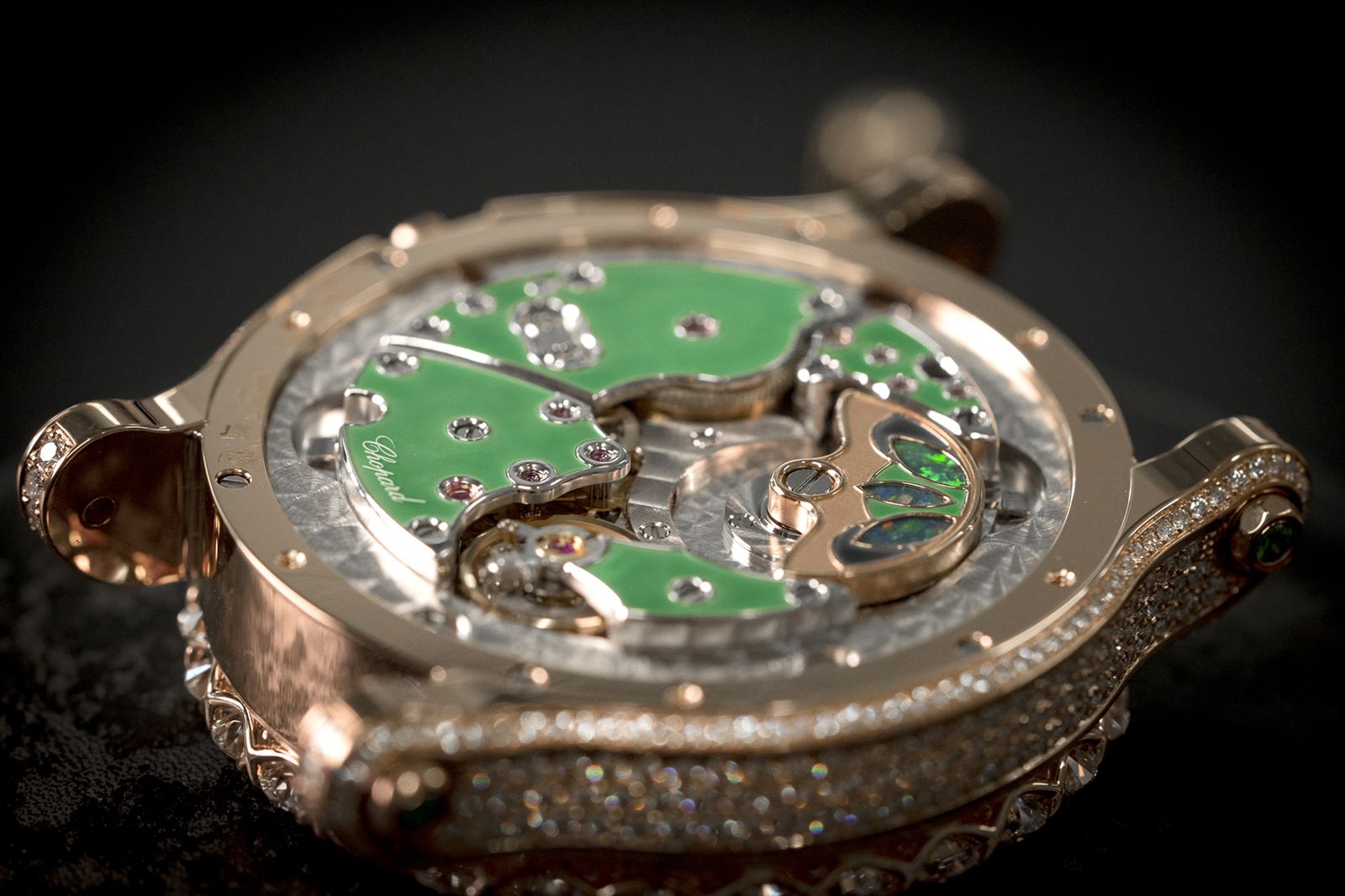 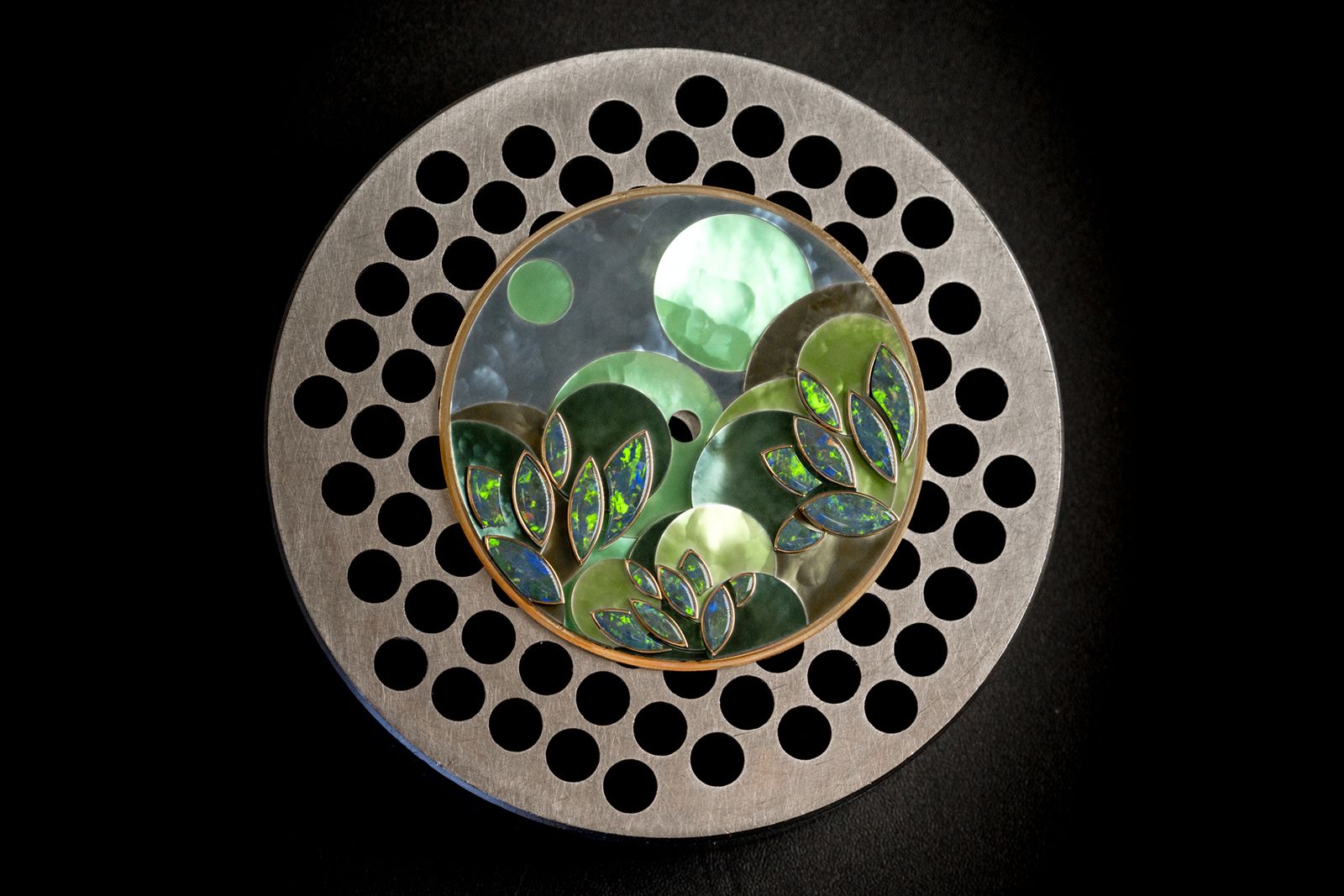 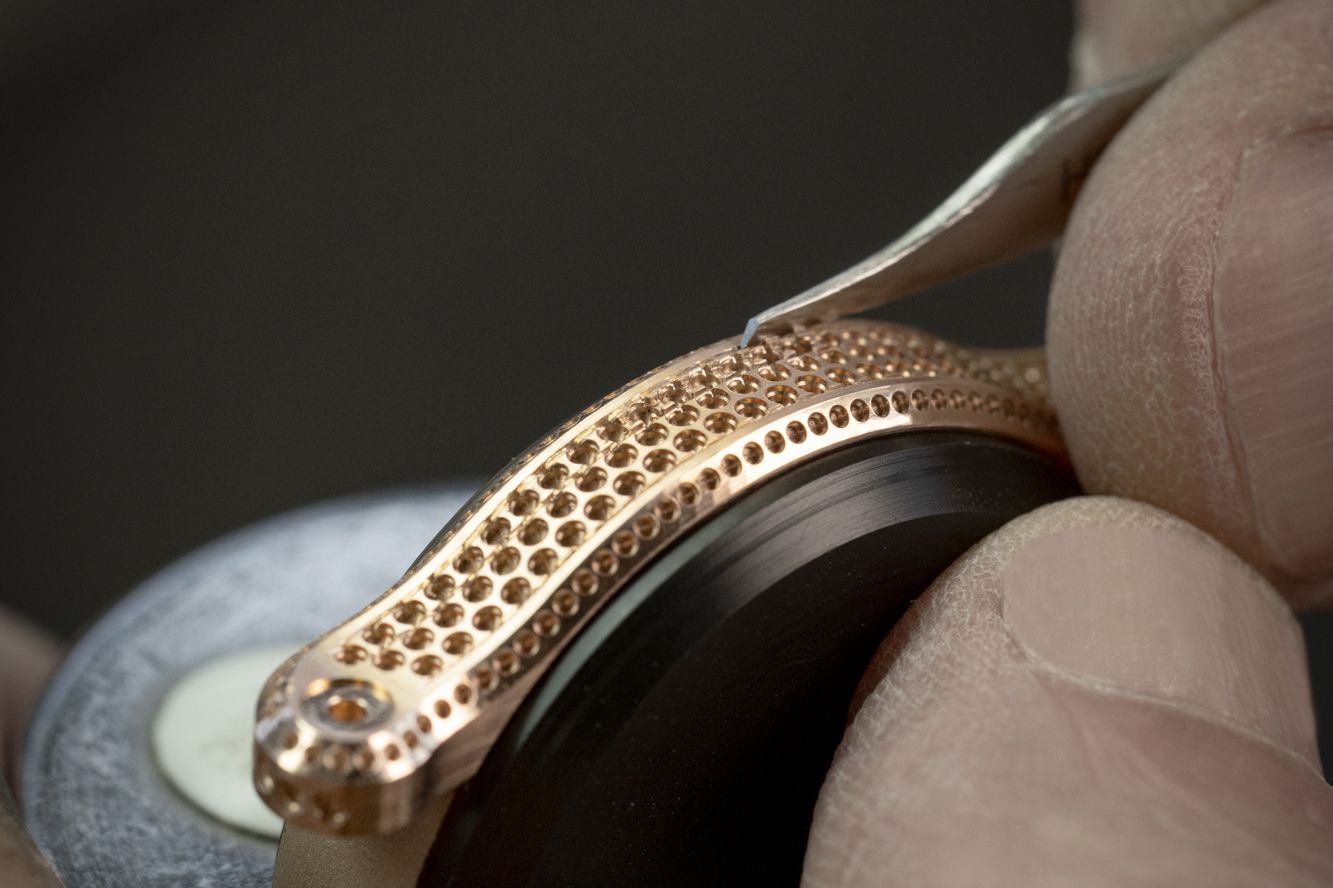 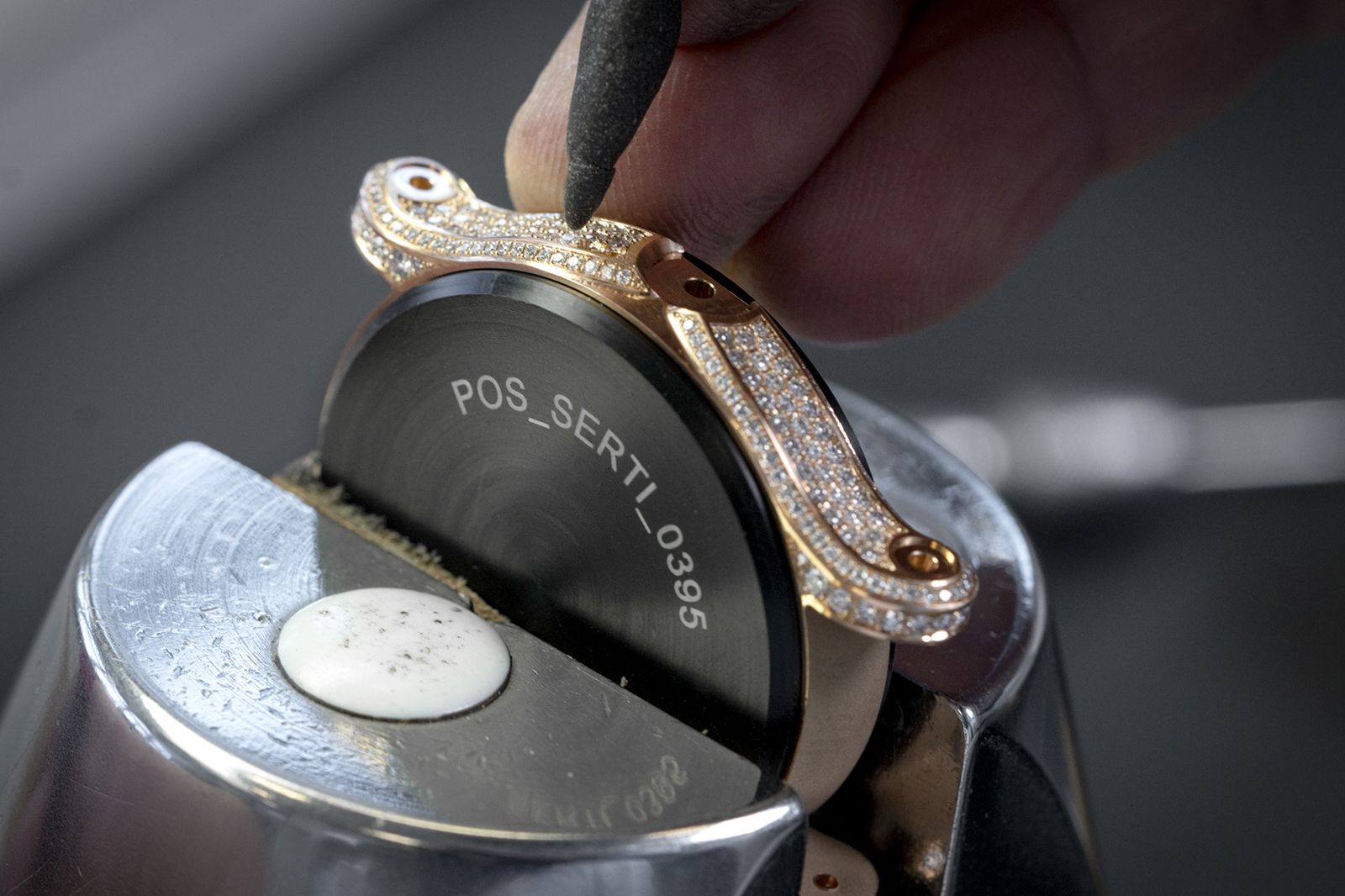 The hummingbird, the smallest migratory bird in the world, is widely known for its bright plumage, irrepressible wing beat and unique ability to fly tail-first. Its long beak and sensitive tongue allow this bird to enjoy the sweet nectar of flowering plants, which is the basis of its diet. However, the destruction of its natural habitat and the reduction of plant species has inevitably led to the death of the hummingbird itself, which in most cases is simply not able to adapt so quickly in a rapidly changing world. That’s why the dial of the new Happy Sport Métiers d’Art invites you to immerse yourself in the Amazonian forests and the treasures of floral biodiversity that are necessary for the hummingbird’s survival. On a malachite background, a colourful mother-of-pearl hibiscus flower has blossomed, the pistils of which are composed of four heart-shaped diamonds. Textured with two kinds of green and blue opal, the hummingbird flits over this ecosystem, flanked by three dancing heart-shaped diamonds. 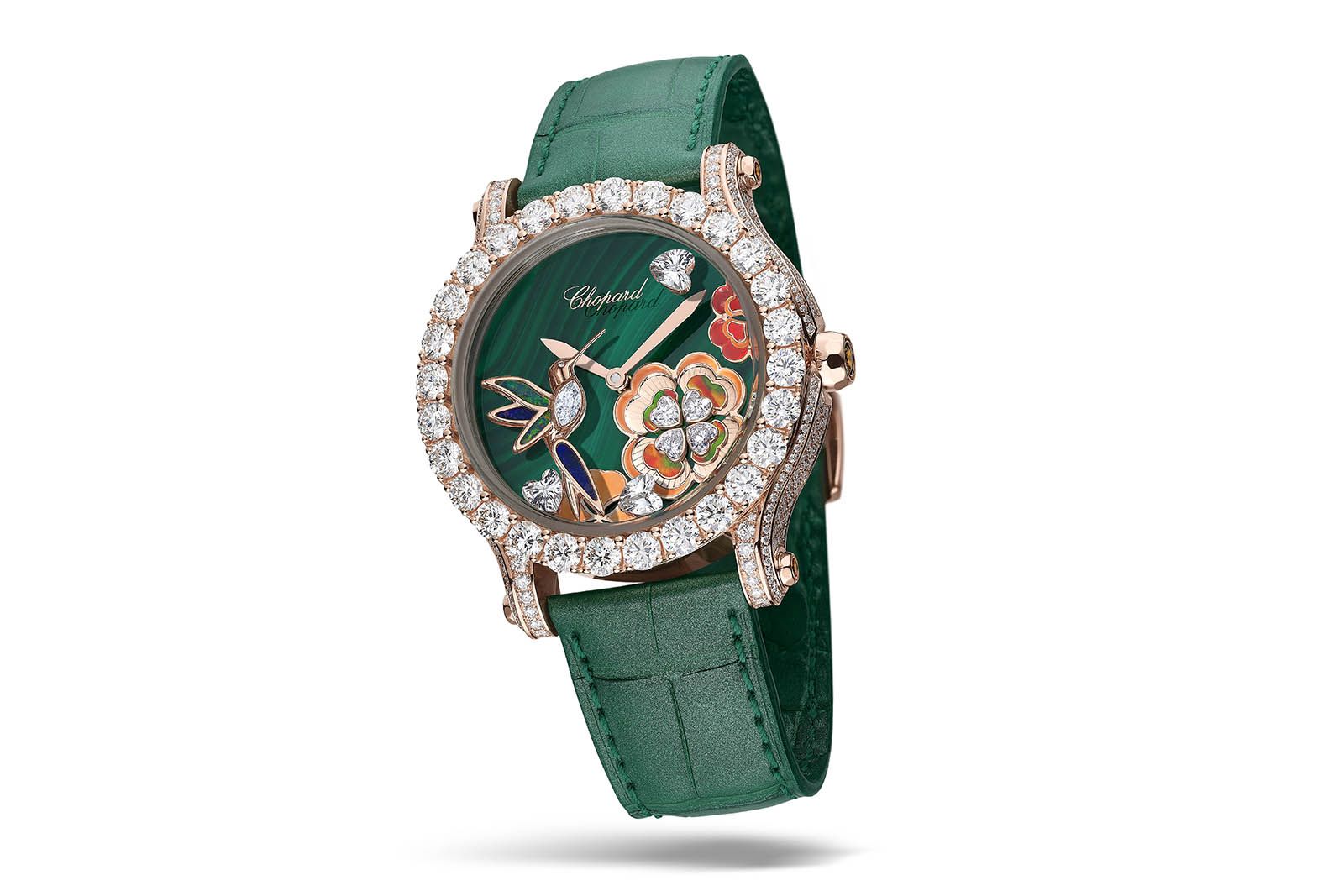 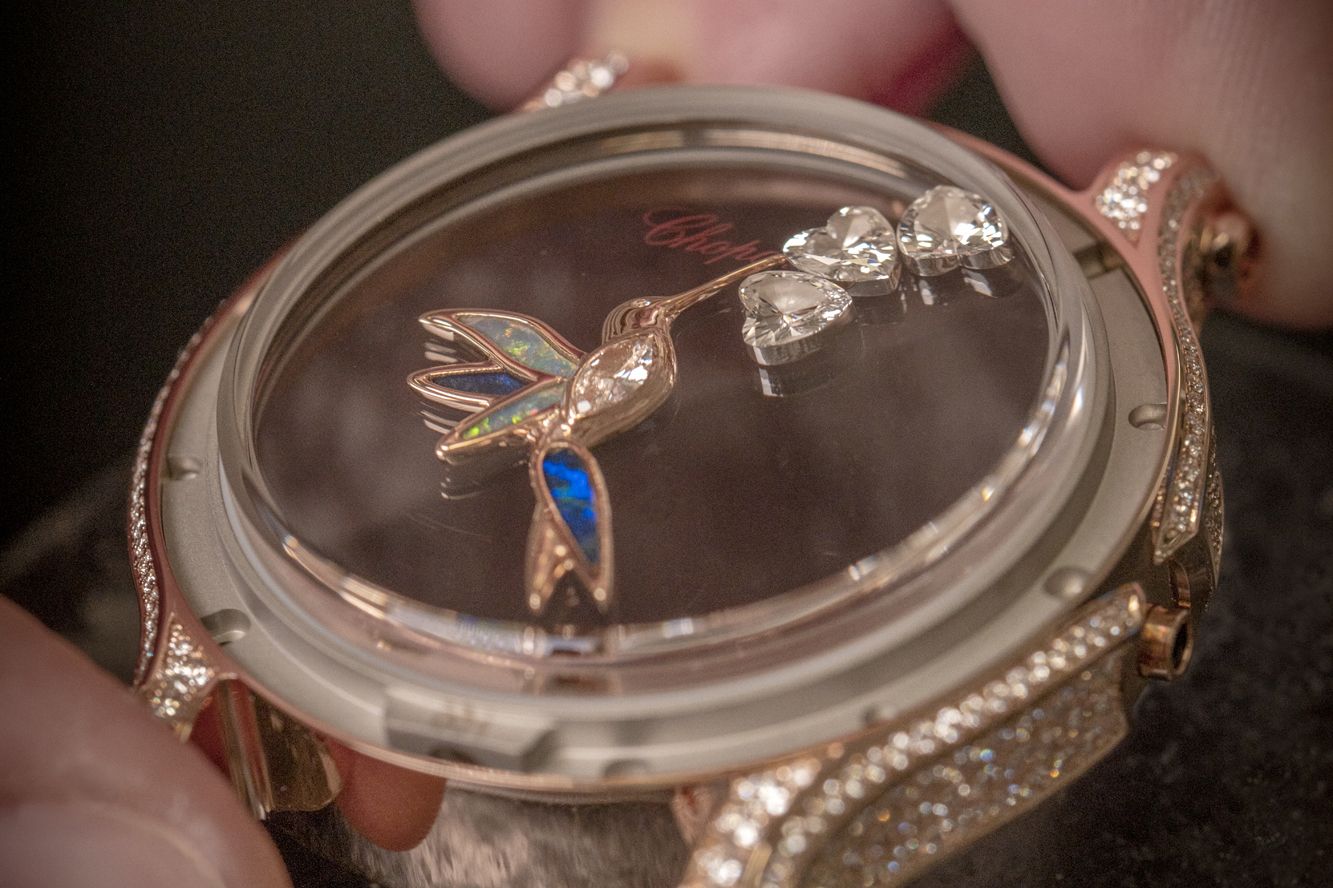 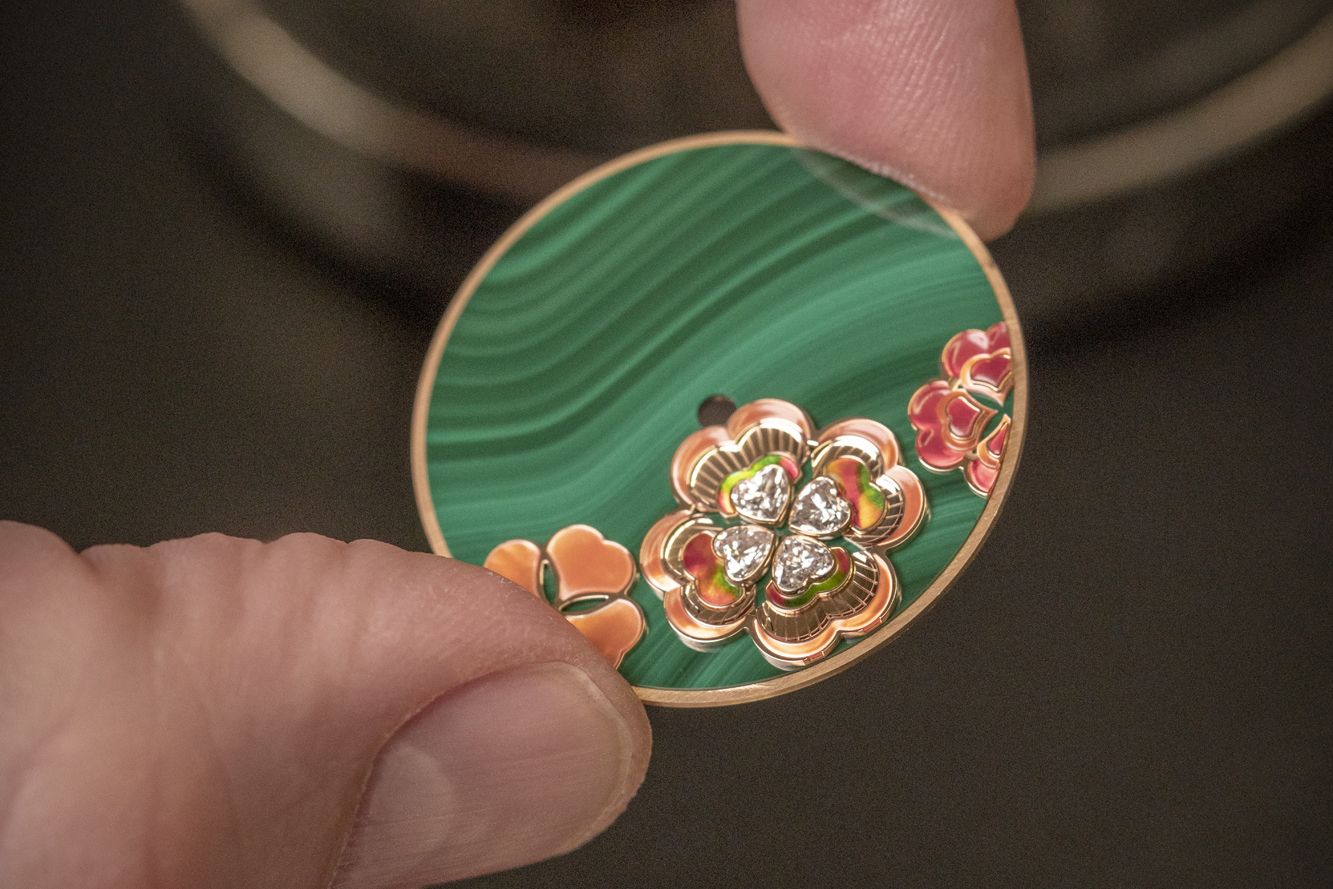 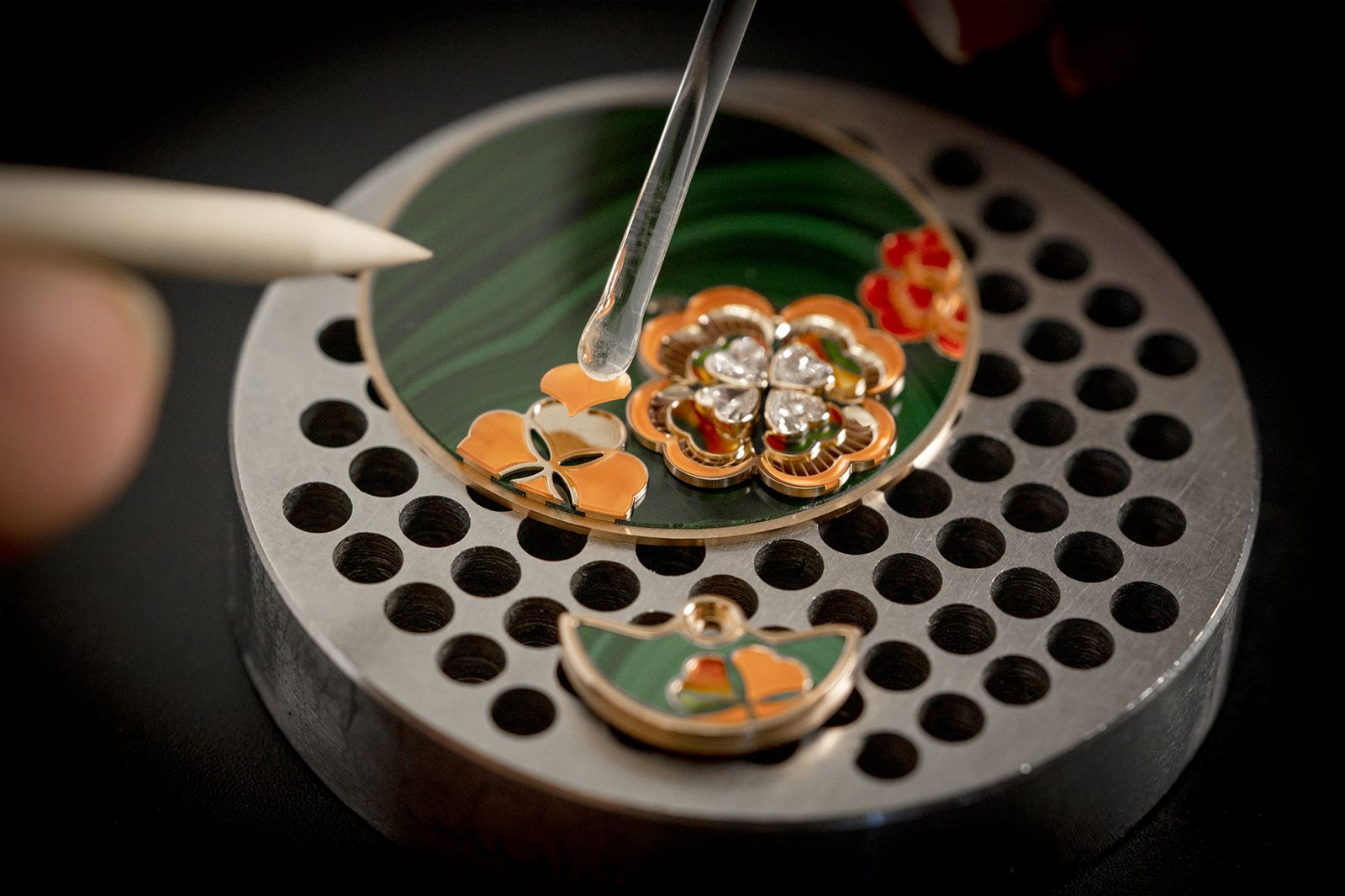 The case of each model is made of 18k gold and adorned with colourless diamonds. The watches are powered by an upgraded Chopard 96.23-L self-winding mechanism that is adorned with the same gems as the dial. You can watch this at work through the open case back; the charm and quintessence of Chopard watchmaking skills deserve to be seen!