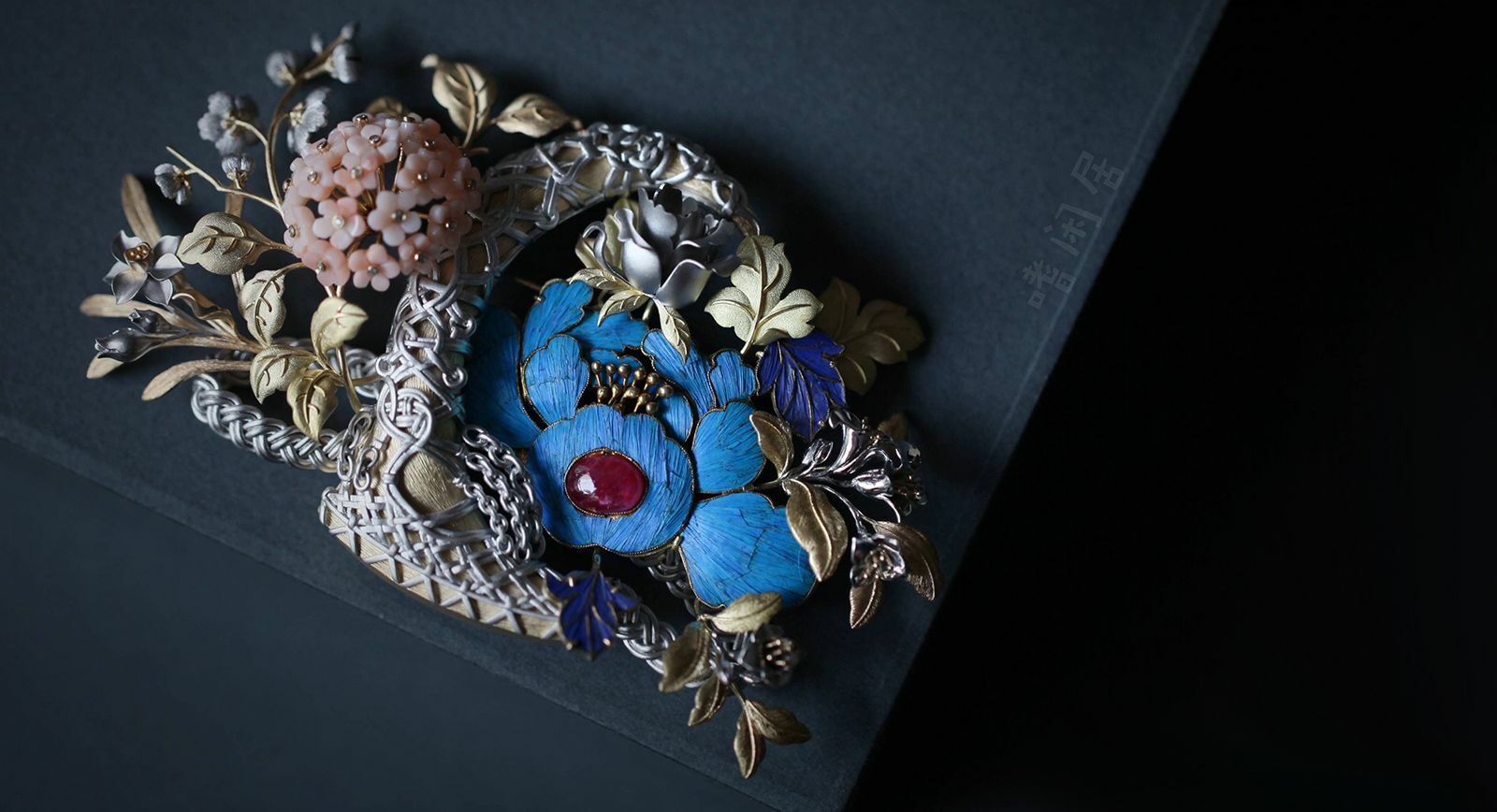 When it comes to Chinese jewellery and traditions, the continent’s artistic contributions cannot be overstated, yet very little has been written on the subject. Throughout its 5,000-year history, Chinese craftspeople have innovated and experimented, using their talent and skill to pioneer techniques that have had an enduring influence on the world of jewellery design. Some of them continue to be used by jewellery designers today, while others have become all but extinct, although efforts are being made to revive some of these dying arts, restoring thousands of years of lost time.

We take a closer look at five traditional jewellery-making techniques that originated in China, which paint a fascinating picture of Asian jewellery artistry.

Chinese Cloisonné, also known as “copper wire enamel”, is one of China’s most famous traditional crafts. Regarded as amongst the finest enamel cloisonné in the world, it is believed that basic enamelling techniques were introduced into China by missionaries from Central Asia in the Yuan Dynasty. However, it wasn’t until the Ming Dynasty’s Jingtai period (1449-57 AD) that production techniques matured, creativity flourished and craftsmen began to focus on the development of a distinctive dark-blue enamel known in Chinese as Jingtai blue. Often used to decorate large vases and bowls, the complex, time-consuming process involves many steps, including hammering, interweaving and then welding the copper wires, enamel filling, baking, polishing and, finally gilding. Highly valued for its complexity and fine detailing, exquisite Chinese Cloisonné creations were proudly displayed in the courts of emperors throughout the imperial period and it remains one of the top traditional exports of China. Nowadays, it is undergoing a period of transition, with more designers choosing to incorporate it in contemporary designs. 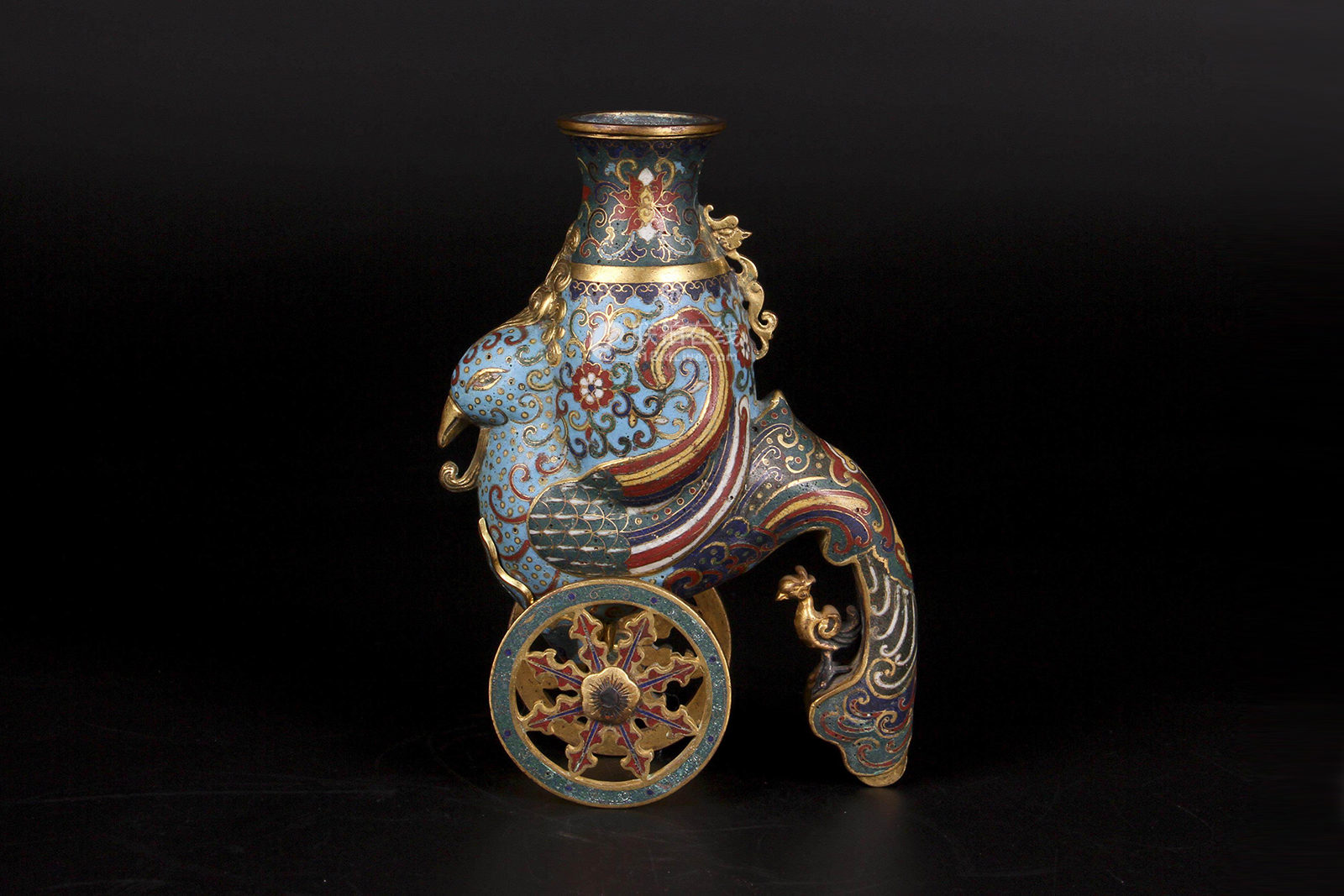 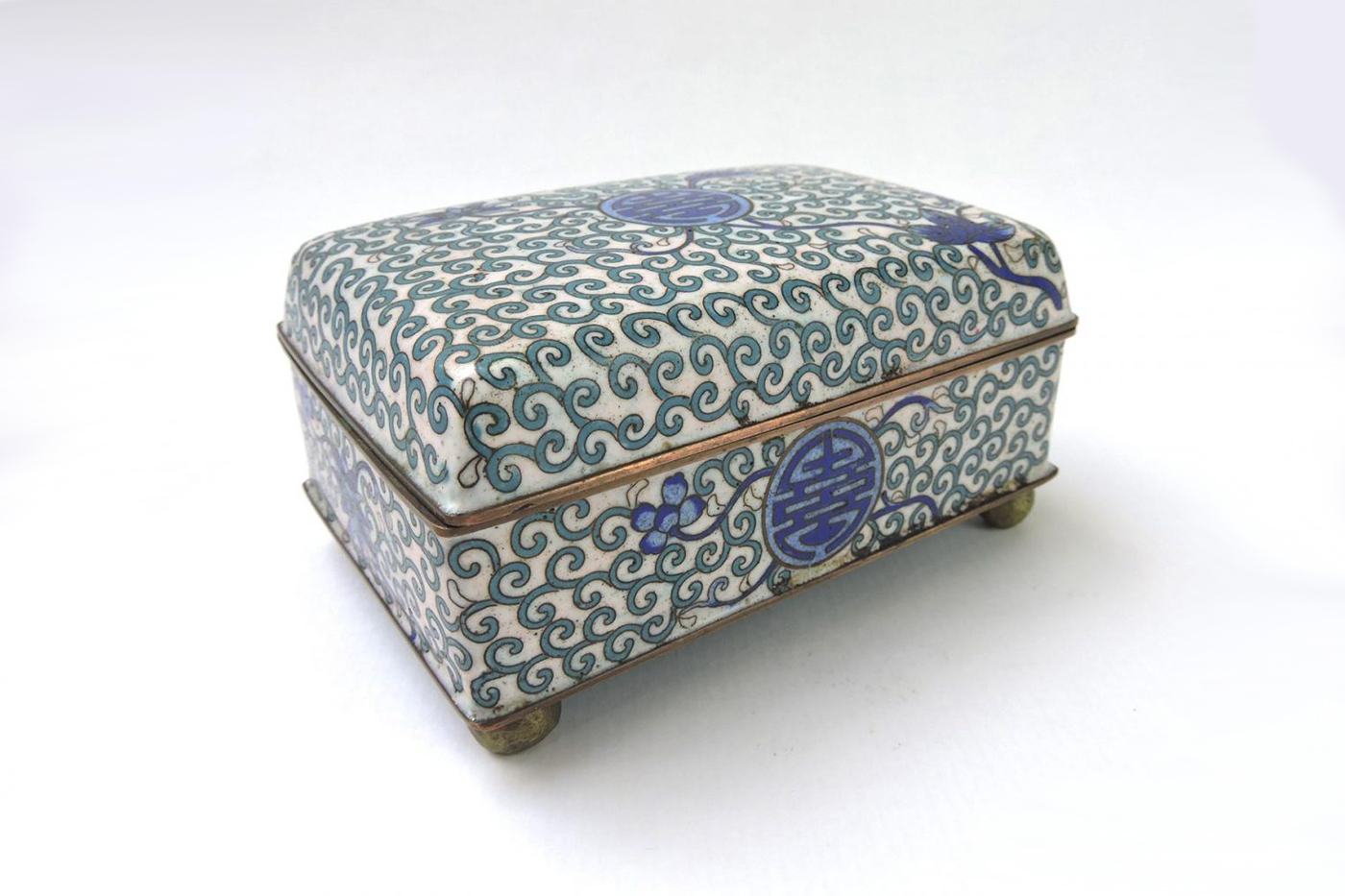 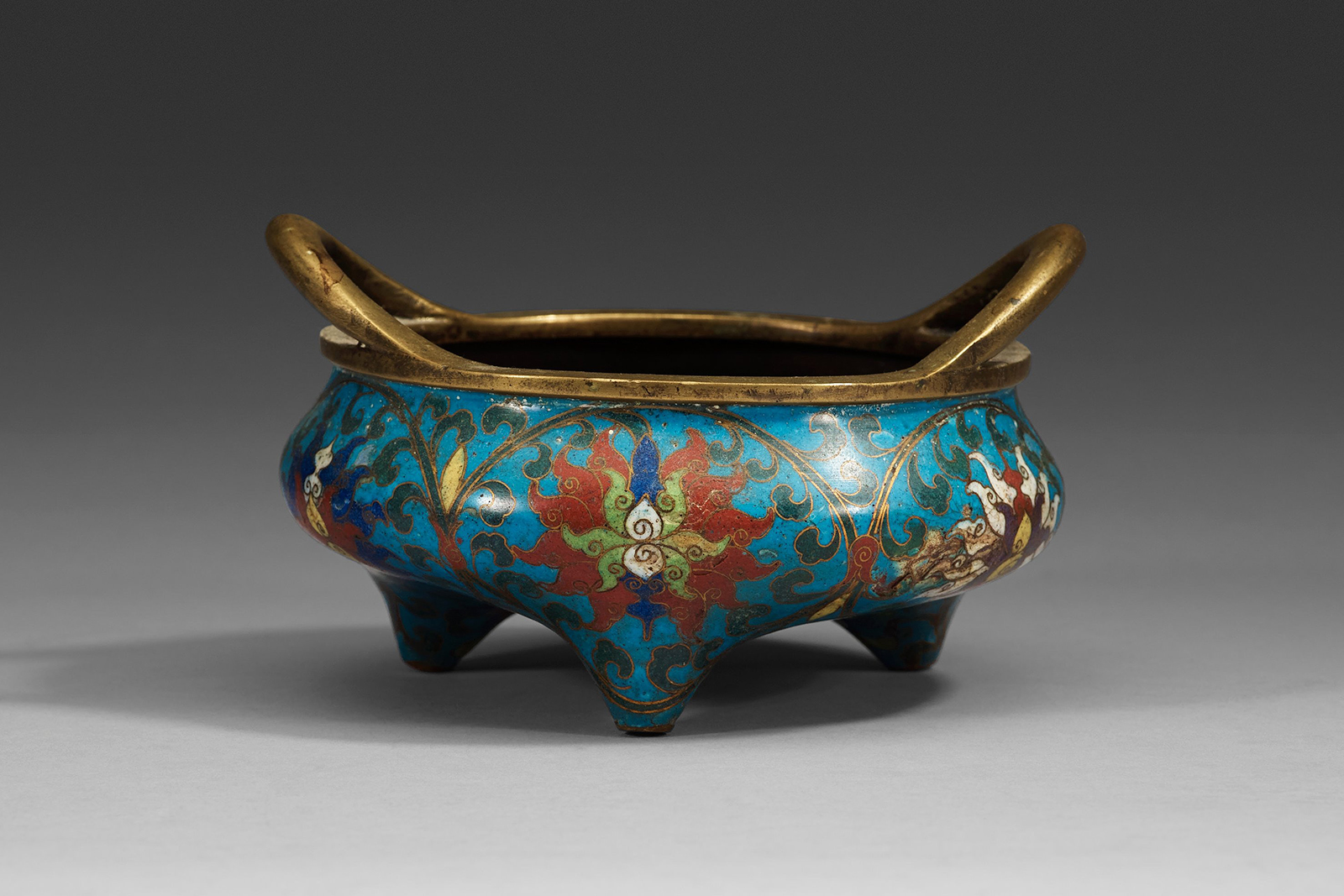 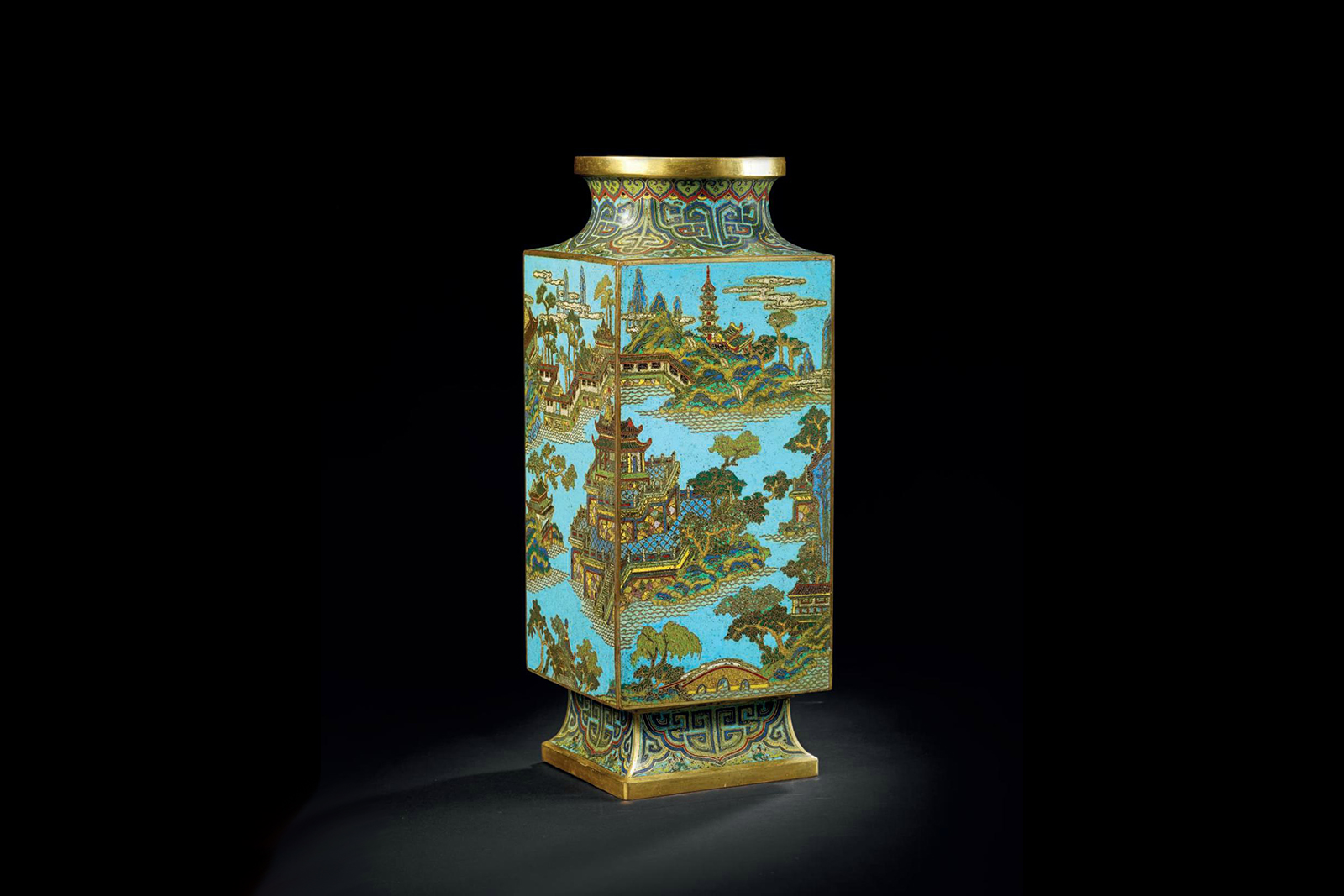 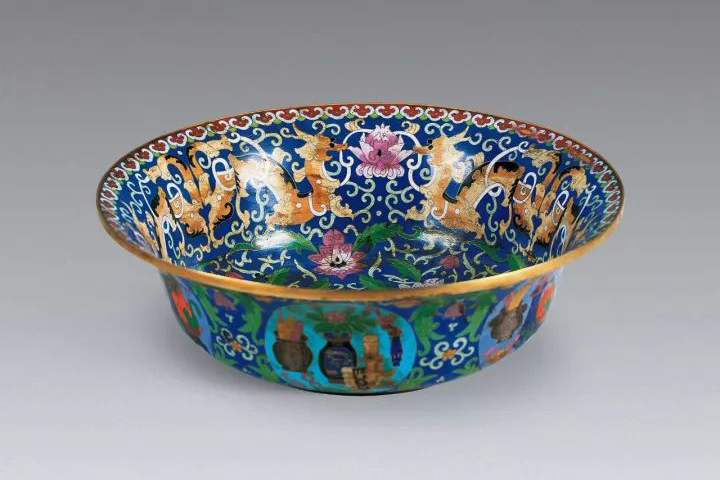 This breathtaking Chinese jewellery-making technique showcases the striking iridescence of kingfisher feathers, which have been highly prized in China for thousands of years and were regarded as potent symbols of feminine beauty. Using actual feathers from this brightly coloured bird – a small creature that was nigh-on impossible to catch – these beautiful kingfisher feather jewels are known in China as tian-tsui, which literally translates as “dotting with kingfisher”.” So exclusive they were originally reserved only for the Imperial Court, each jewel was painstakingly time-consuming to produce, requiring cutting tiny pieces of feather and combining them with transparent glue before inlaying them individually within a silver gilt frame. The delicacy of the craftsmanship meant that when the feathers had been applied it was often virtually impossible to distinguish that they were kingfisher feathers and not cloisonné enamelwork. Because of the fragility of the finished pieces, this technique was reserved mainly for hair ornaments and brooches – pieces reserved for special occasions. The art of tian-tsui died out in the 1940s and today, with stricter laws in place to protect kingfishers, it is now banned in China. 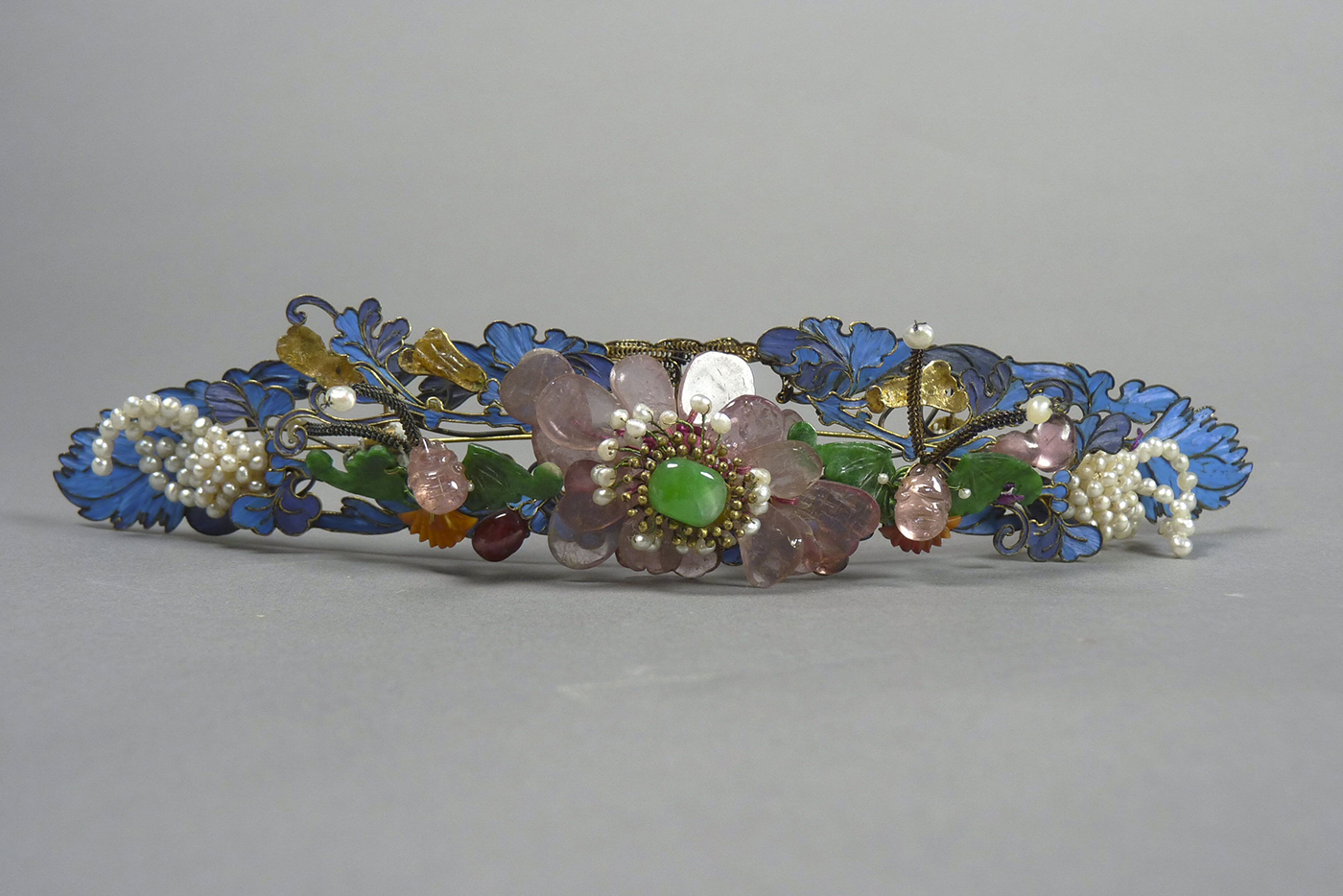 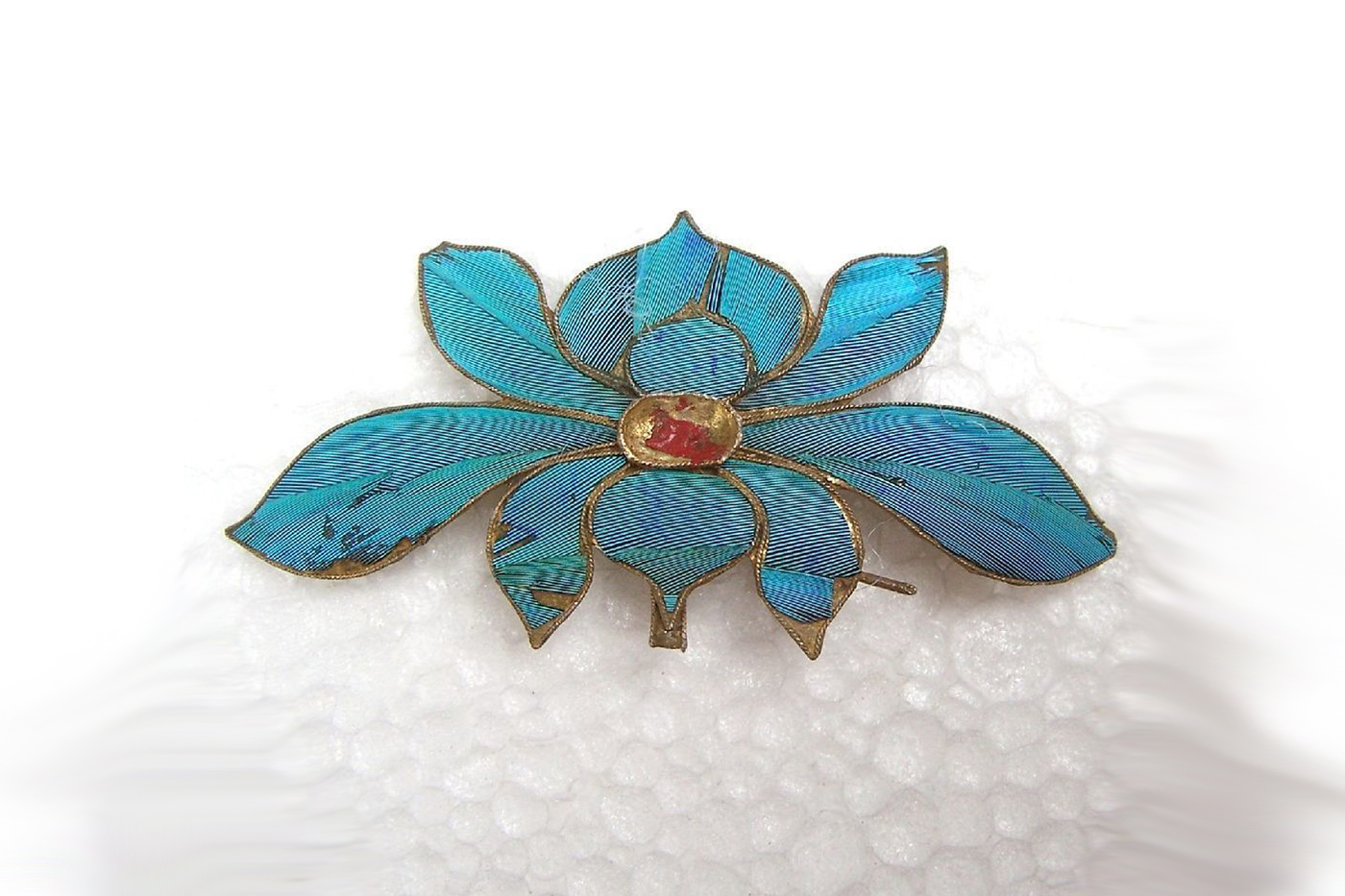 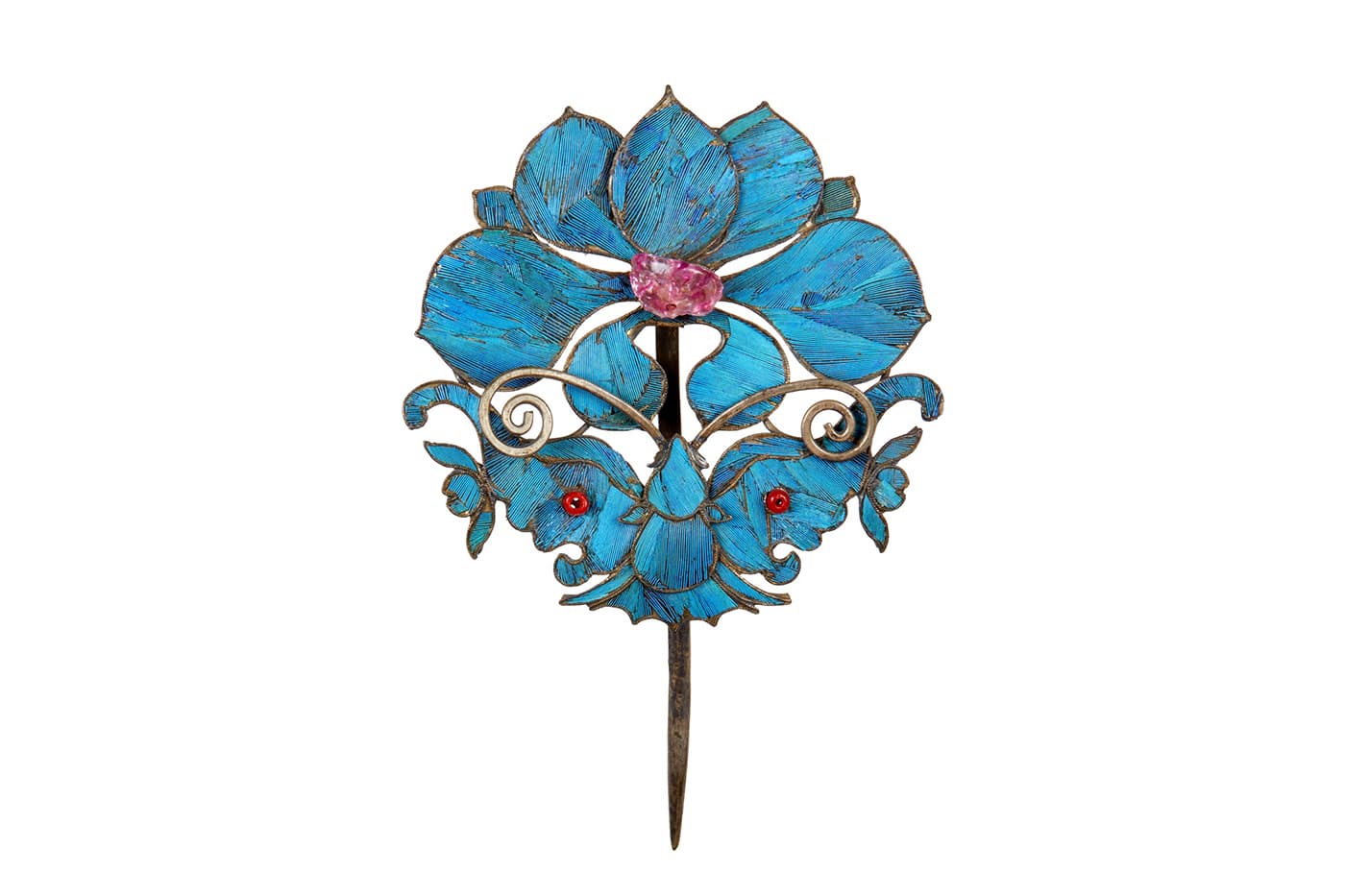 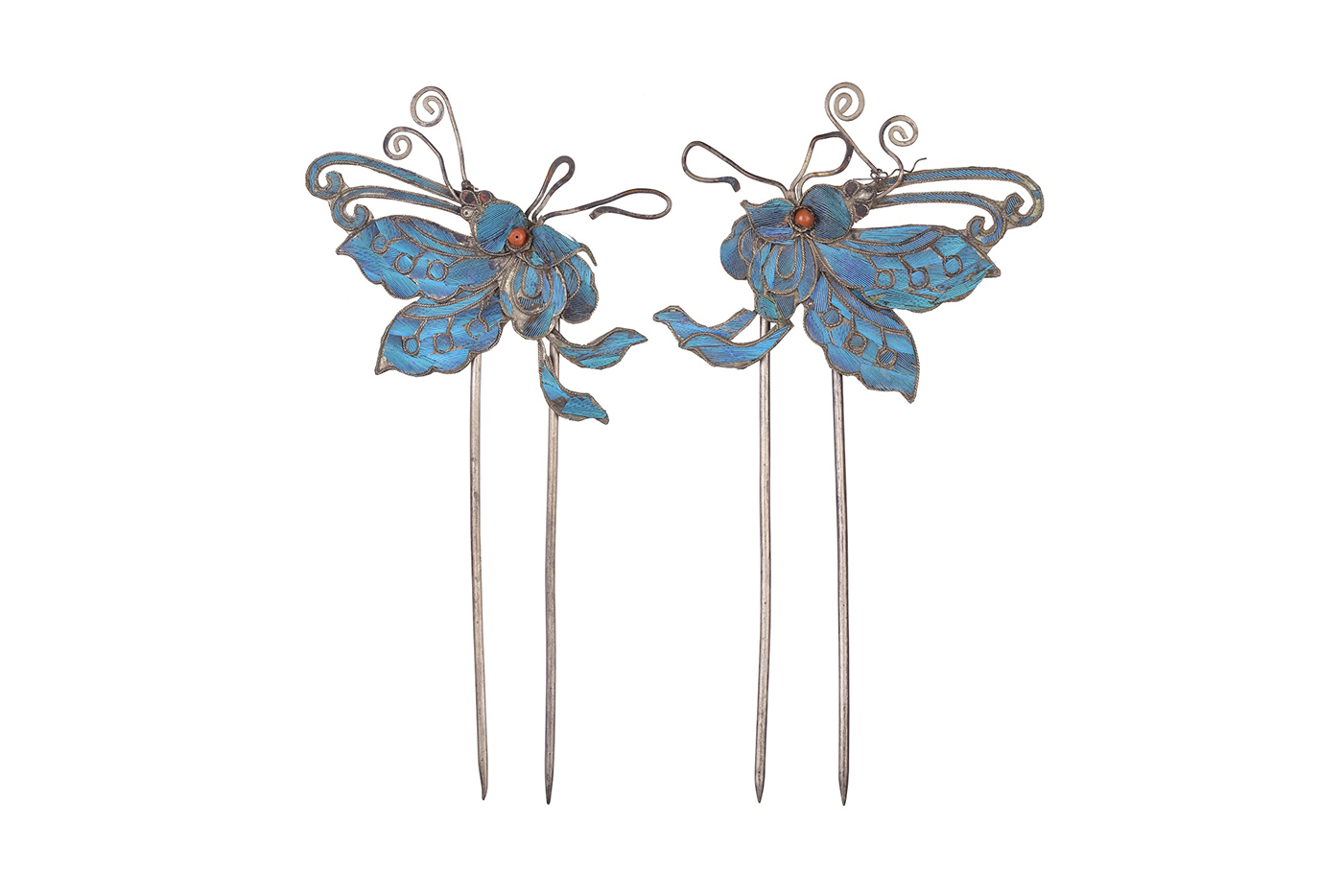 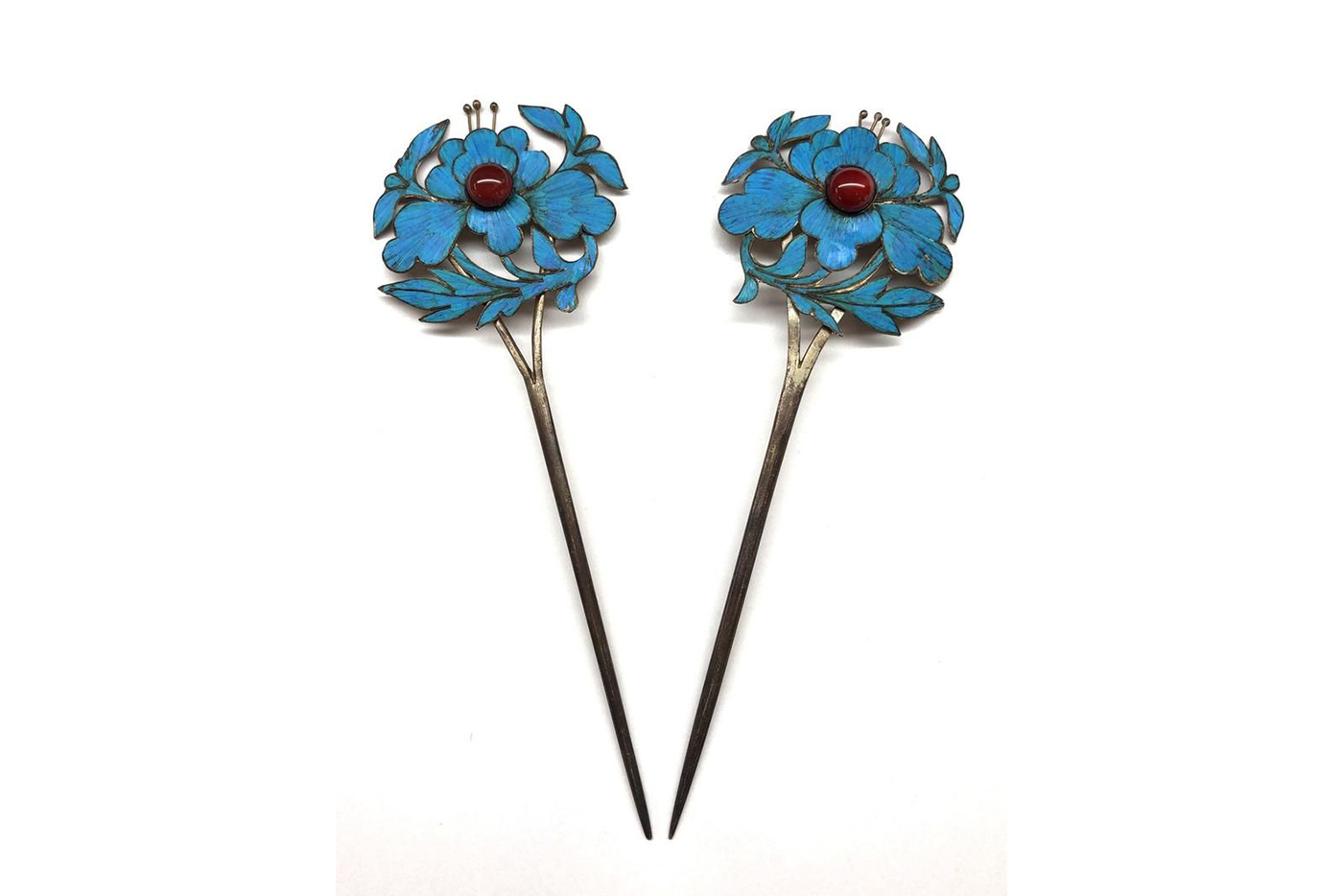 While Chinese Cloisonné is well known and highly regarded worldwide, there is another cloisonné technique that flourished during the Qing Dynasty (1644-1912) that was reserved especially for jewellery: Beijing enamel. Also known as silver enamel, it is believed that it emerged as an alternative to kingfisher feather jewellery, which was incredibly difficult to make. Designed to mimic the vivid blue of a peacock’s feathers, the Beijing enamel process could only be applied on silver pieces, which is how it got its alternative name. Using silver wire, the craftsman would create compartments within the design, which were then filled with blue enamel paste. Every time the jewel was fired, the Beijing enamel would shrink, requiring the process to be repeated as many as five times to ensure a completely smooth surface, but the finished effect was stunning, with the brightness of the blue softened by the semi-transparent, glass like effect of the enamel. There has been a revival in interest in Beijing enamel in recent years, with contemporary artists experimenting with the process in interesting new ways. 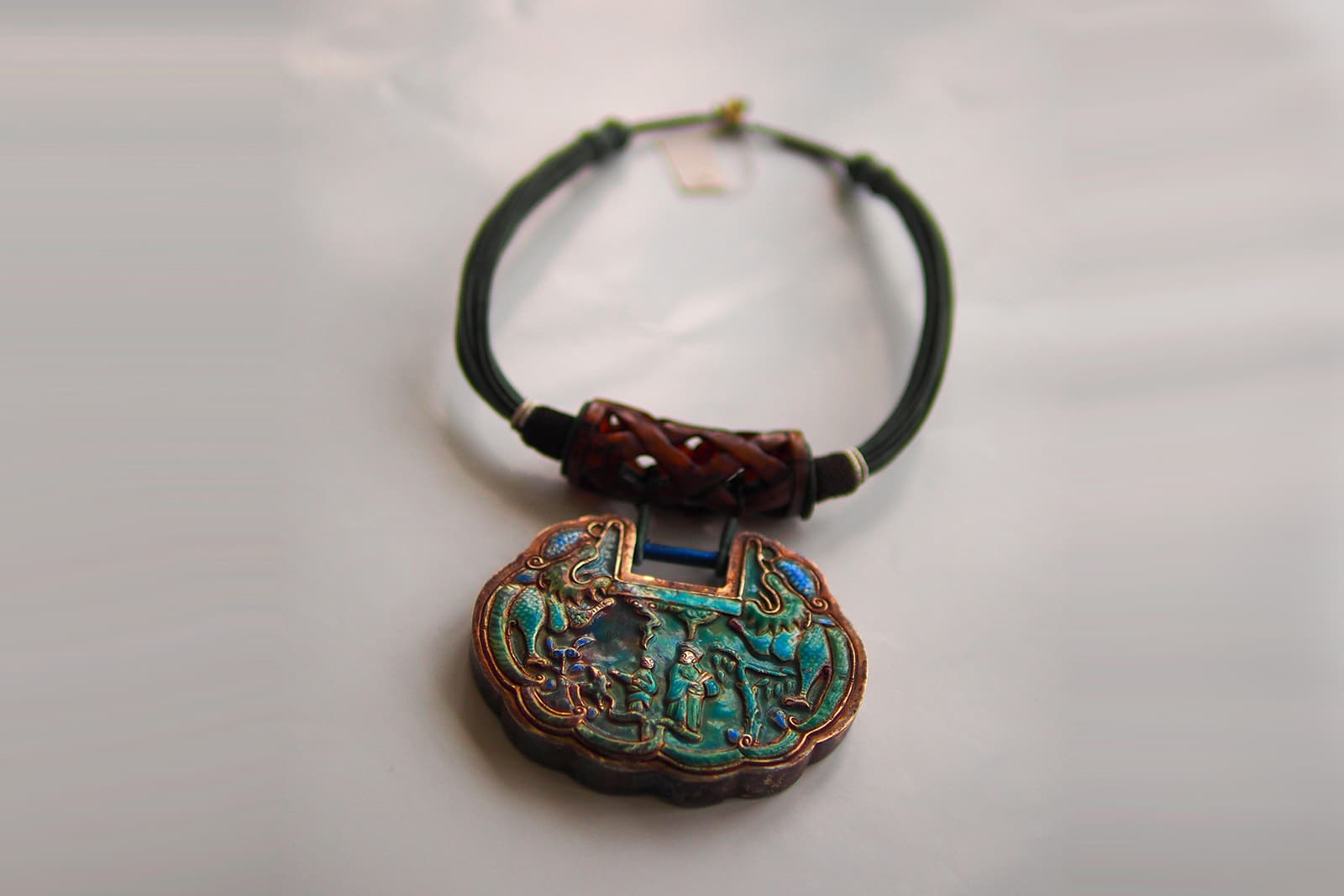 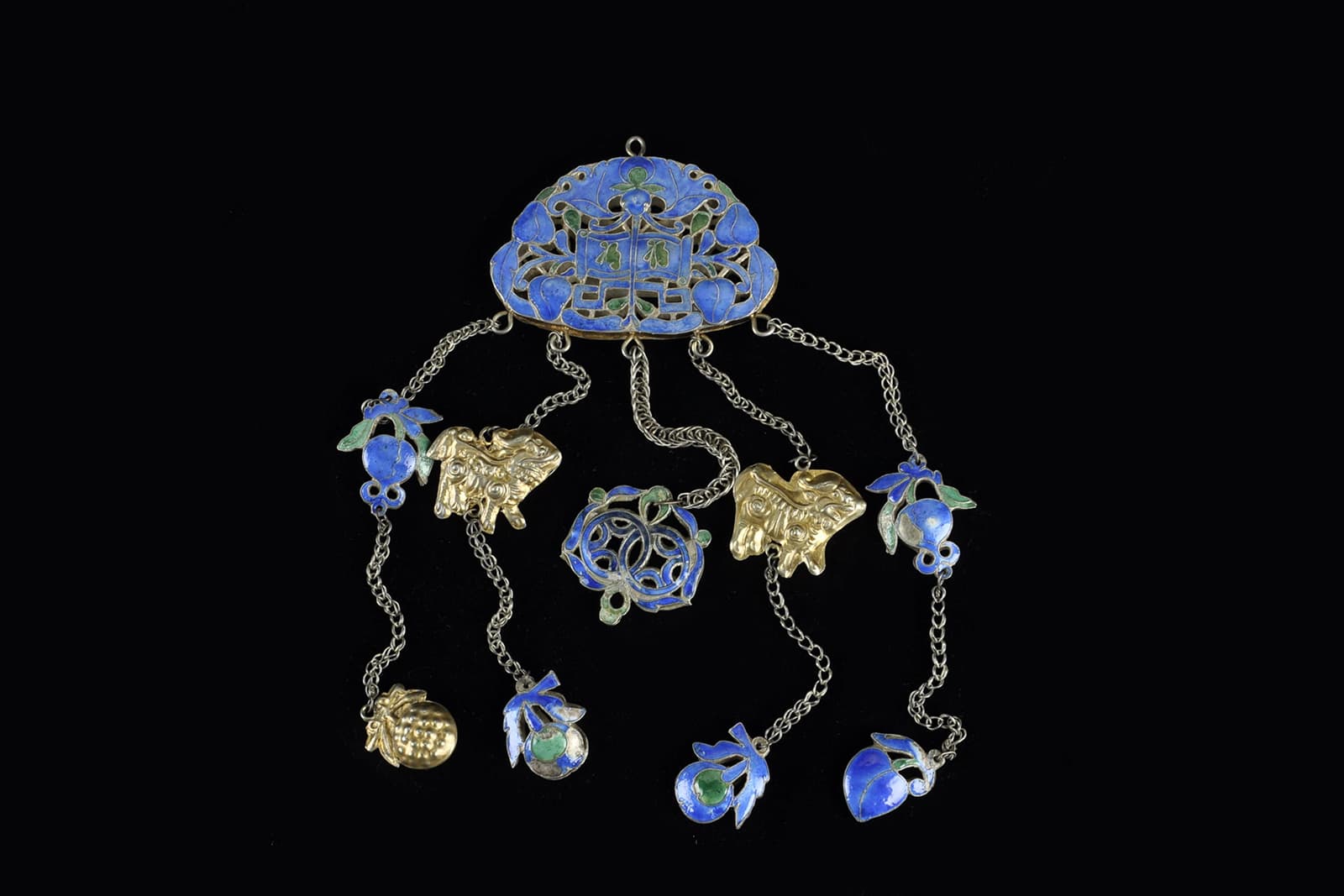 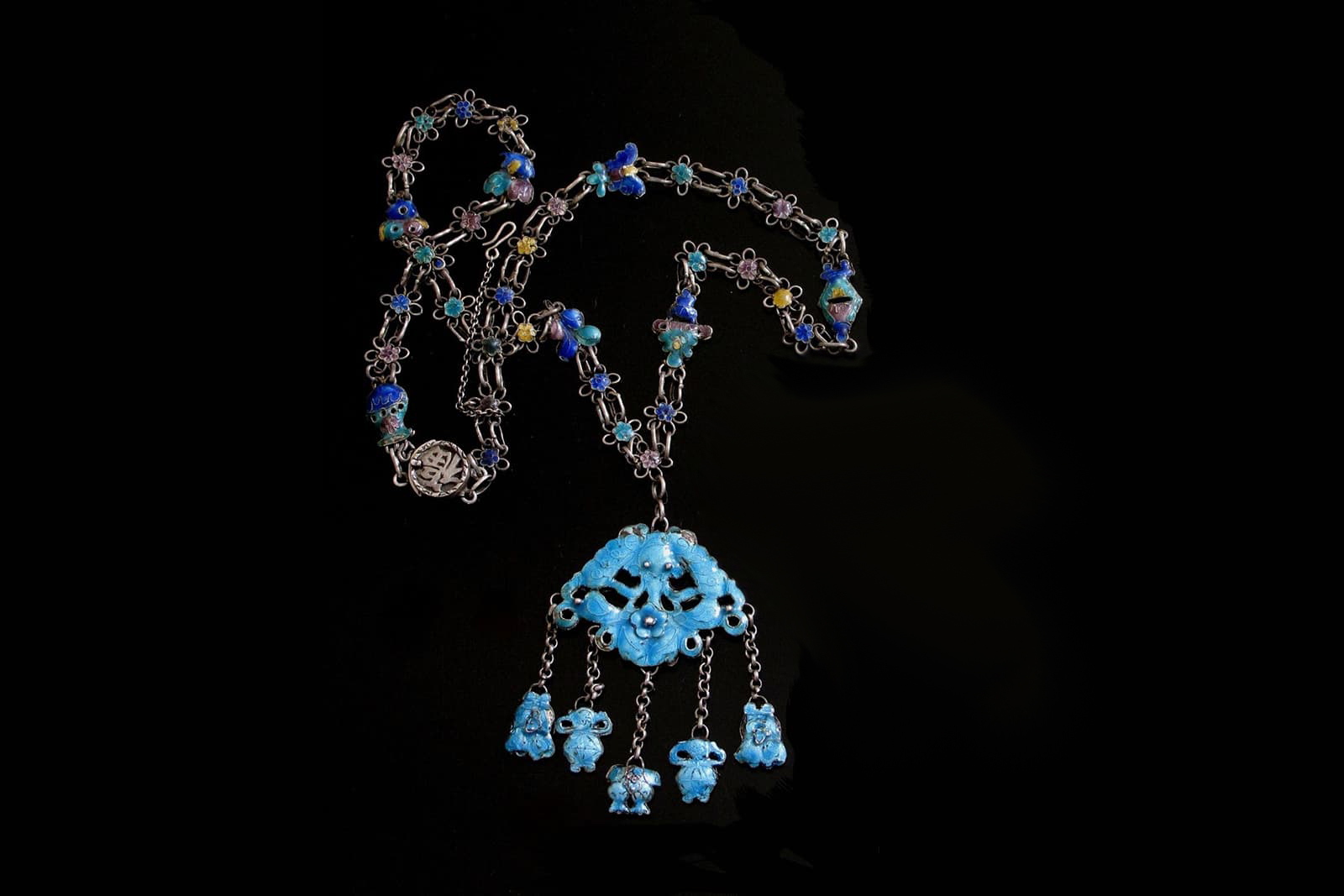 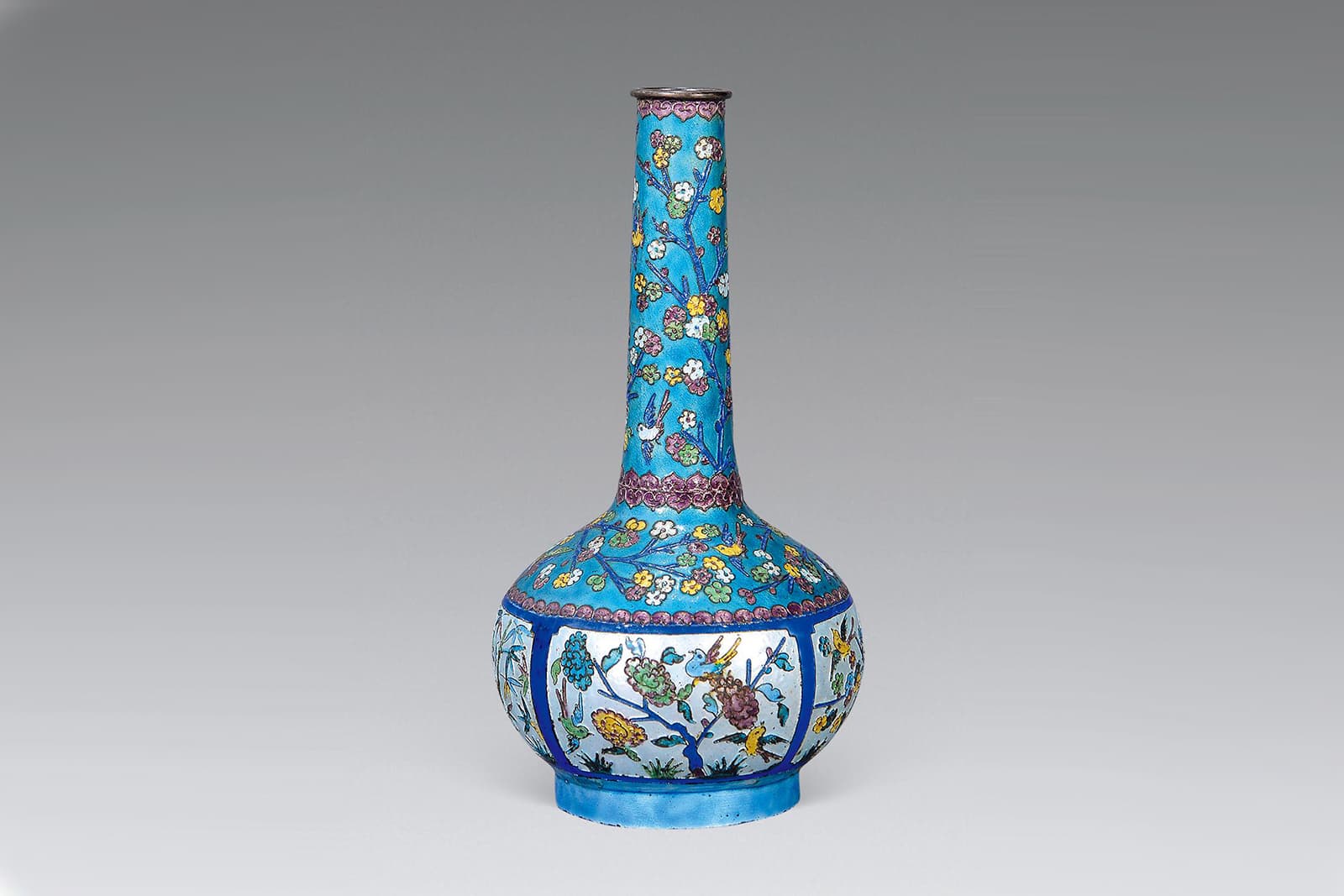 One of the oldest Asian crafts, jade has featured in almost all periods of Chinese history. Considered one of the most precious and beautiful natural materials by the ancient Chinese, jade refers to the mineral nephrite in China, which is the hardest of all the hard stones. A symbol of status, spirituality and purity, jade has been mined in China since the Stone Age. The subsequent Neolithic period saw the creation of the first rudimentary jade carvings, which soon became less primitive and more creative. Beautiful objets d’art, furnishings and jewellery were crafted for the Imperial families out of jade and by 3,000 BC its exclusivity had earned it the name “yu”, or “royal gem”. Jewellery made from jade is an extremely important part of China’s culture and history, and today modern designs are ushering in a new golden age of jade carving. In 2002, the Jewelry Trade Association of Chine established a Chinese jade carving contest that is today regarded as one of the most important professional awards in the country. In ancient China, jade was carved using a piece of cord and sand that acted as an abrasive. Today, modern machinery equipped with diamond-tipped burrs is used, but jade carving remains a labour-intensive art that continues to be revered today. 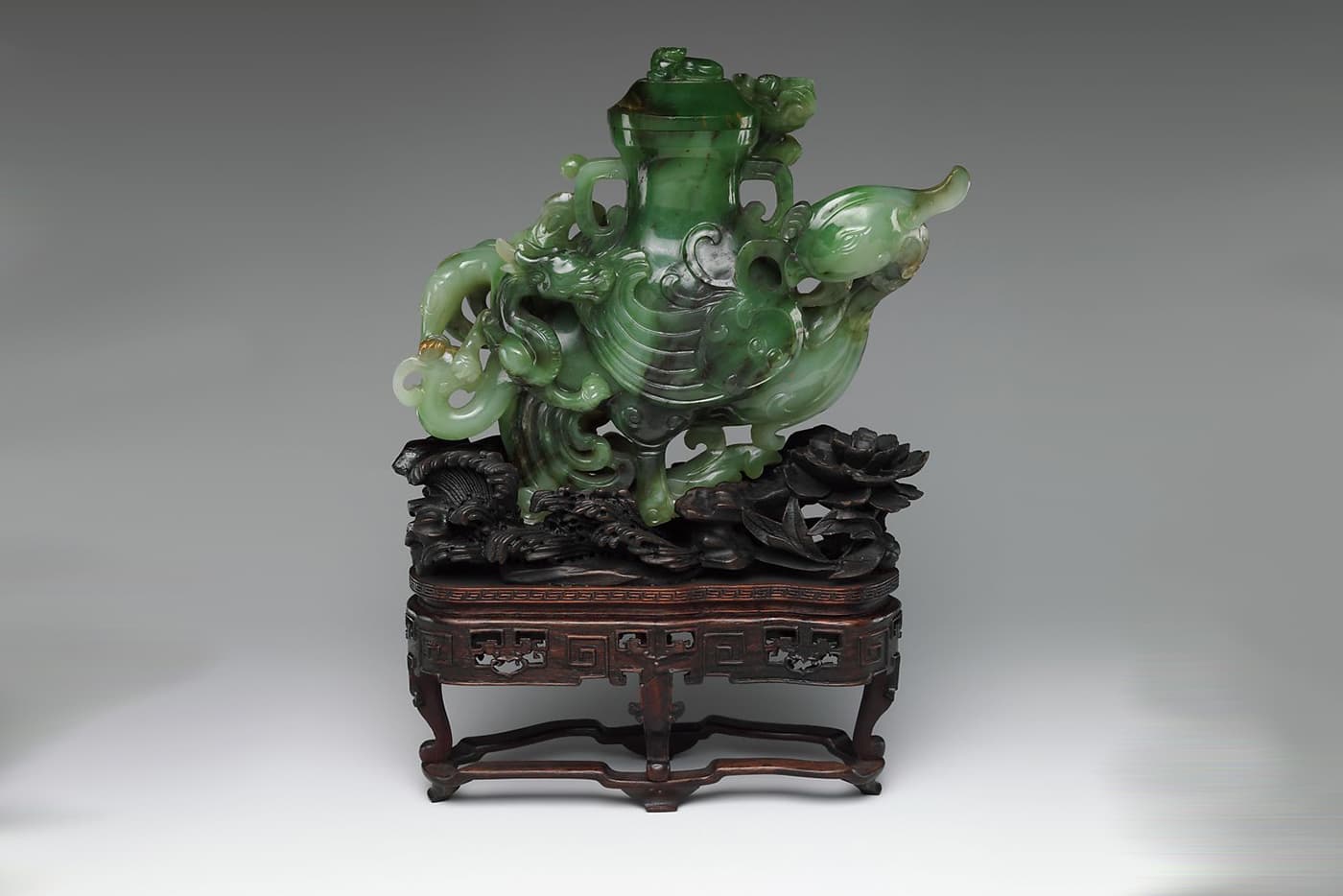 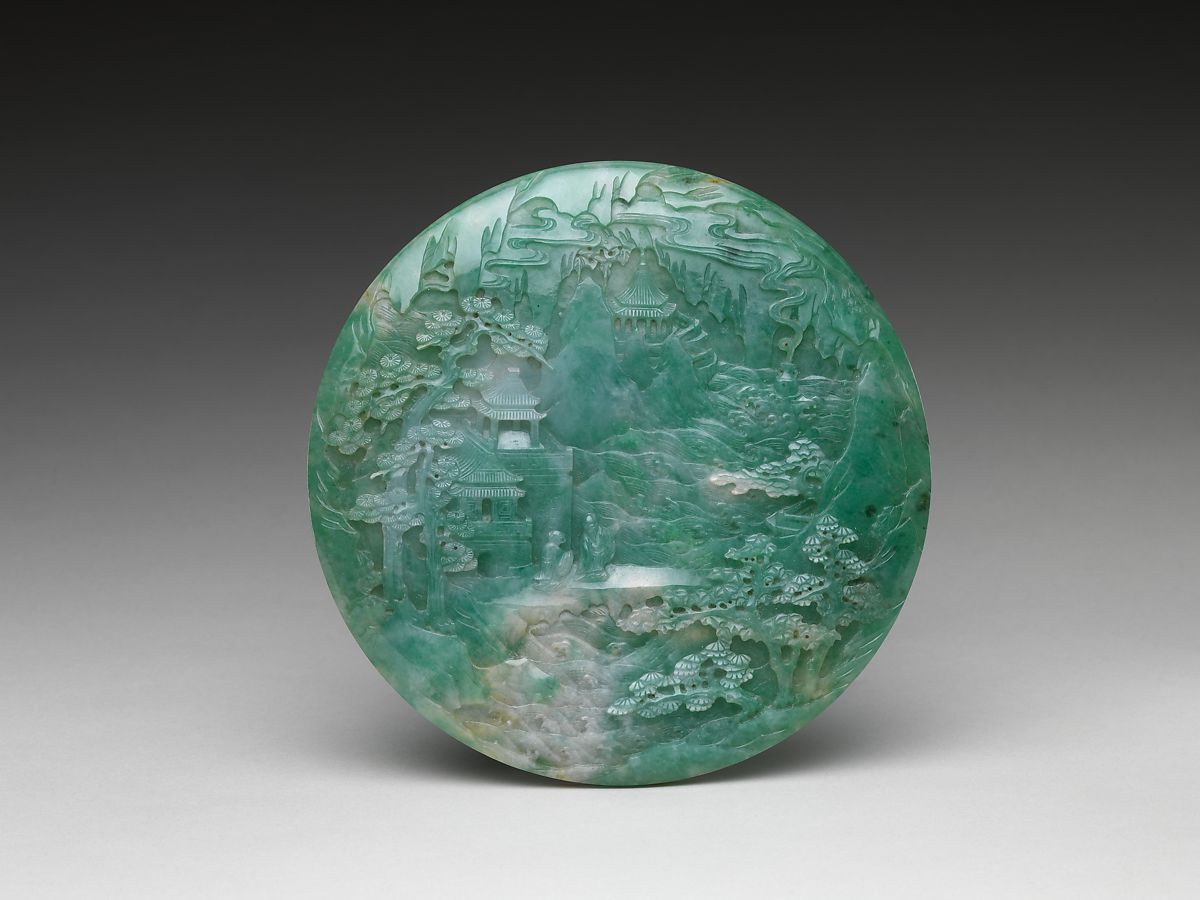 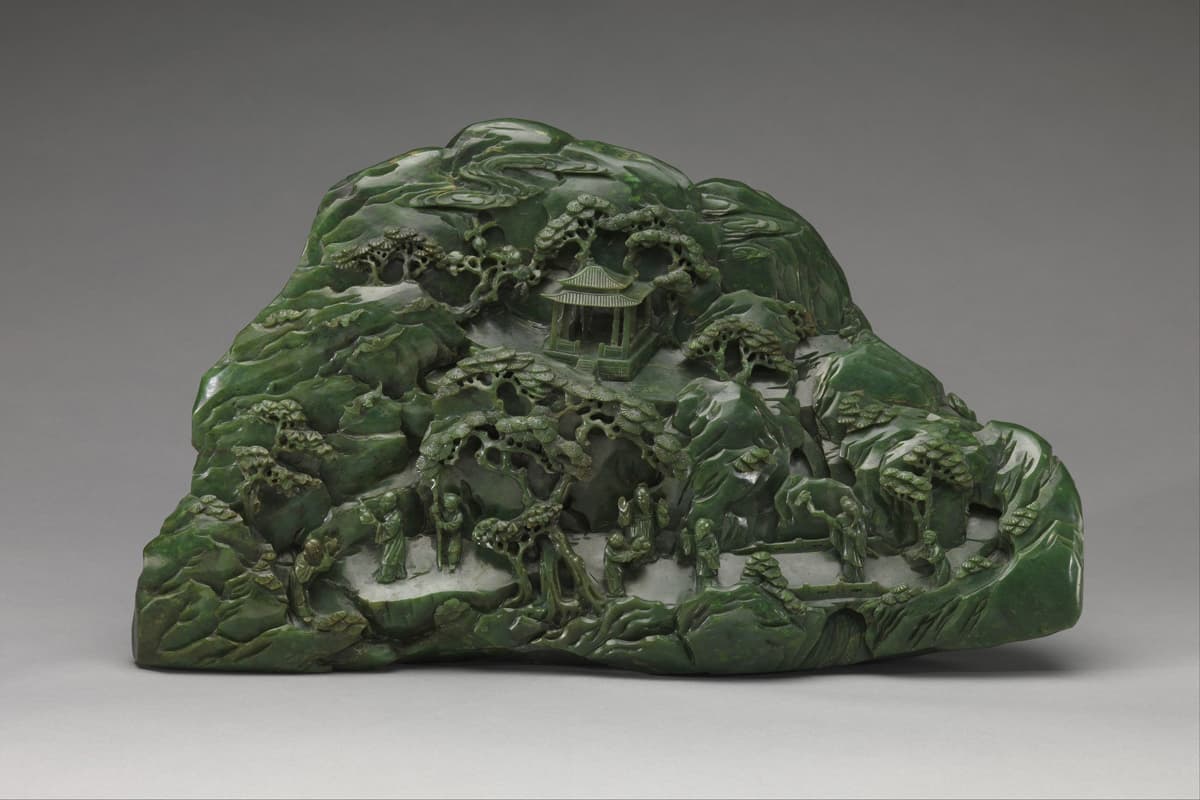 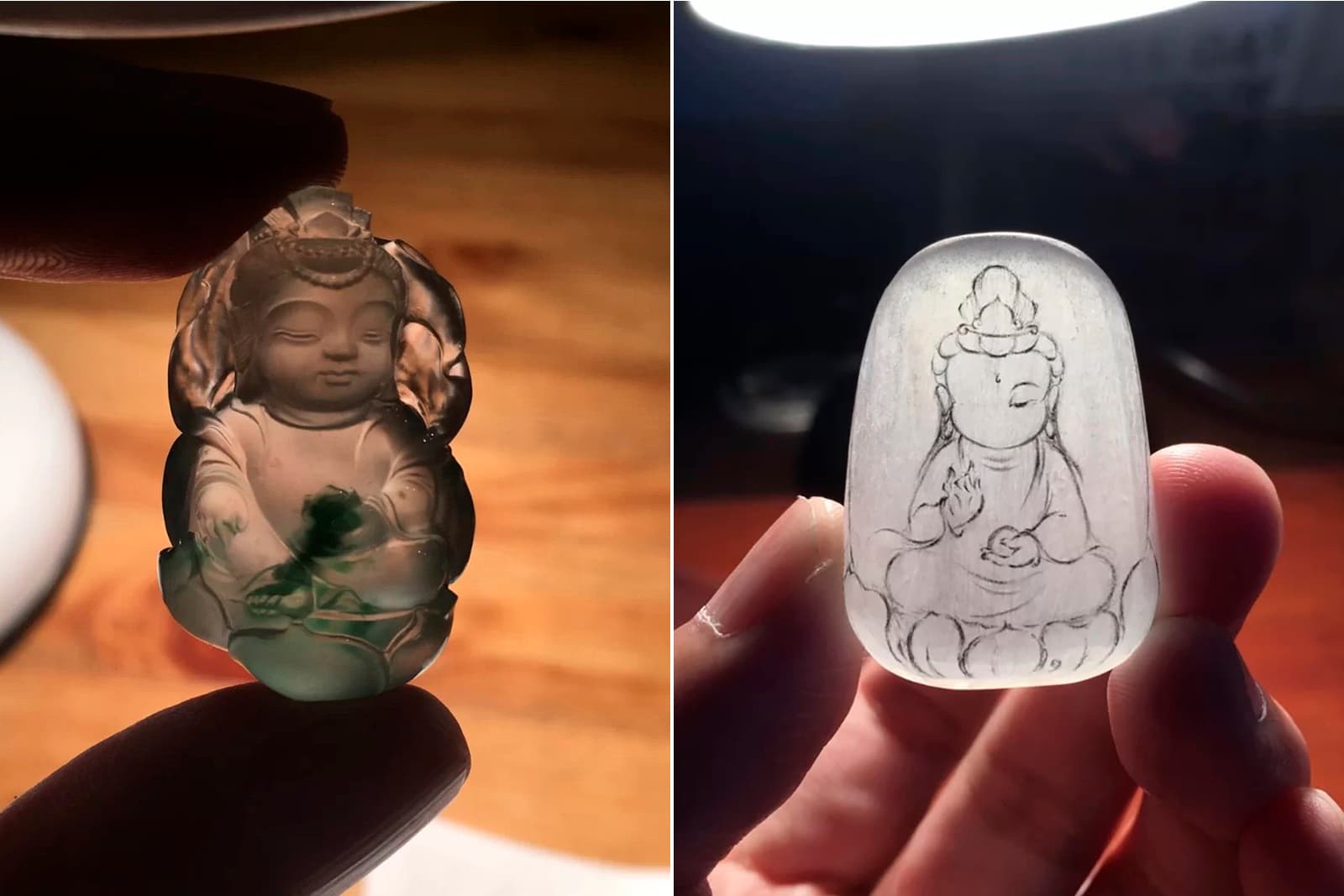 Filigree inlaying, also known as “fine gold art”, combines two intricate jewellery making techniques: filigree (thread weaving) and inlaying. An incredibly complex artform, the tradition first appeared in China during the Shang Dynasty (1600-1046 BC). Its popularity grew during the late Western Han Dynasty (206 BC-220 AD), reaching a peak during The Ming Dynasty with the creation of many masterpieces. It remained a beloved artform in the subsequent Qing Dynasty – the last dynasty in Chinese history. The technique involves delicate metalwork, soldering twisted threads of gold, silver and copper together and arranging them in artistic compositions set with mounted gems. Jewels created using the technique were reserved exclusively for royal families and the imperial class, who were the only ones allowed to own the finest designs made from the highest-quality materials. Following the collapse of the Qing Dynasty, master goldsmiths who worked at the palace creating gold and silver treasures for royalty escaped to Beijing, where they set up studios in southern Beijing specialising in filigree inlay. Today, there are very few craftsmen skilled in this rare art, but it has not yet died out completely. 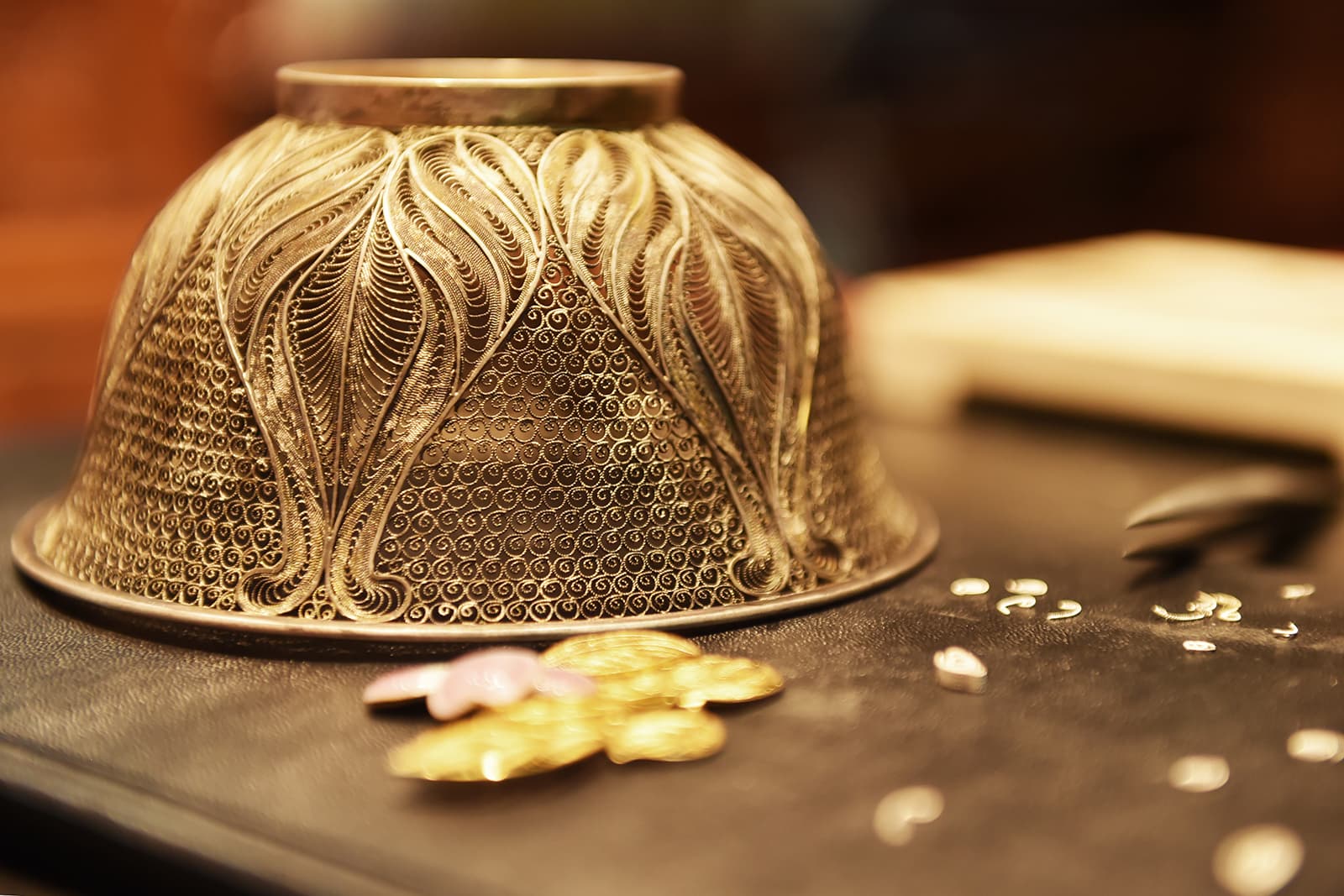 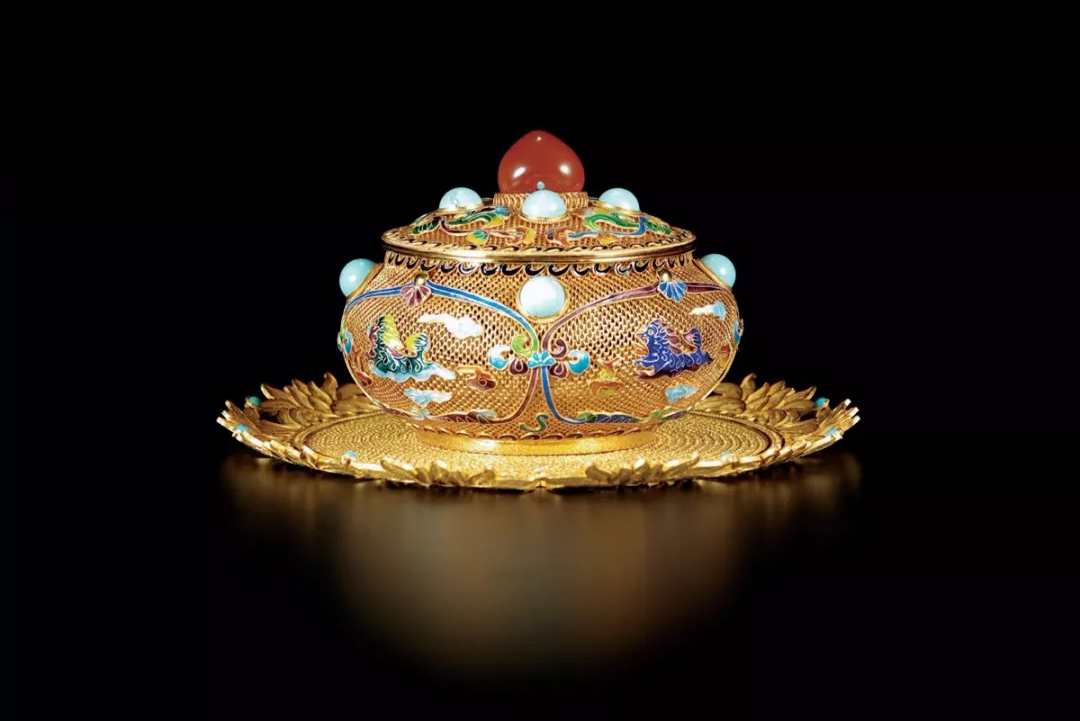 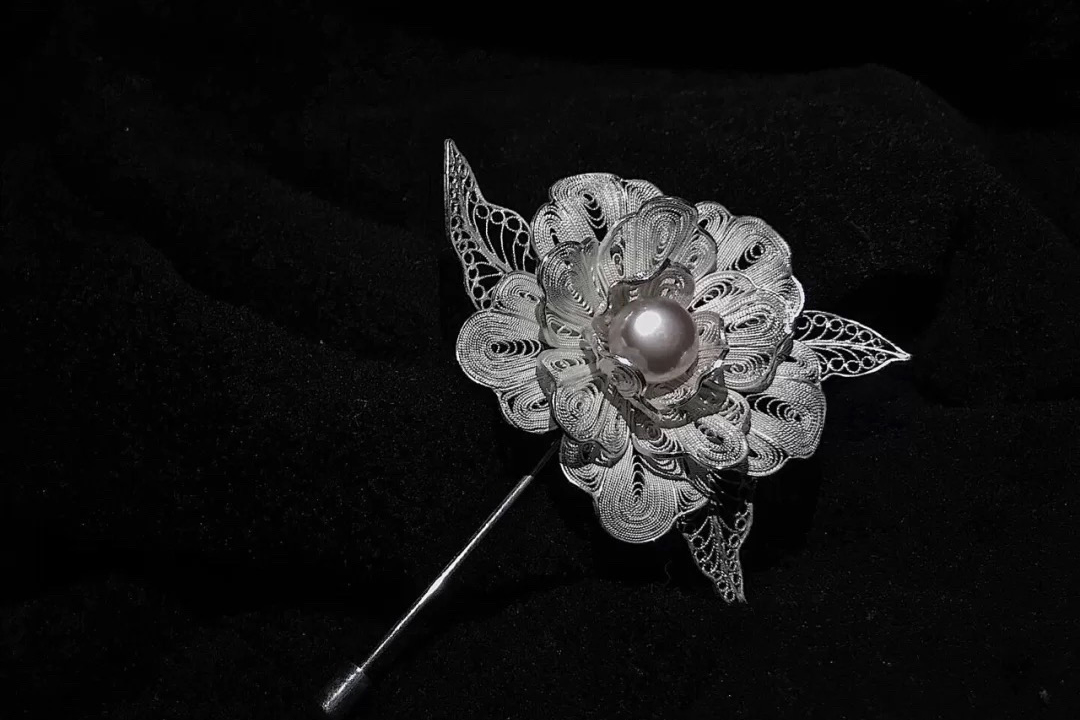 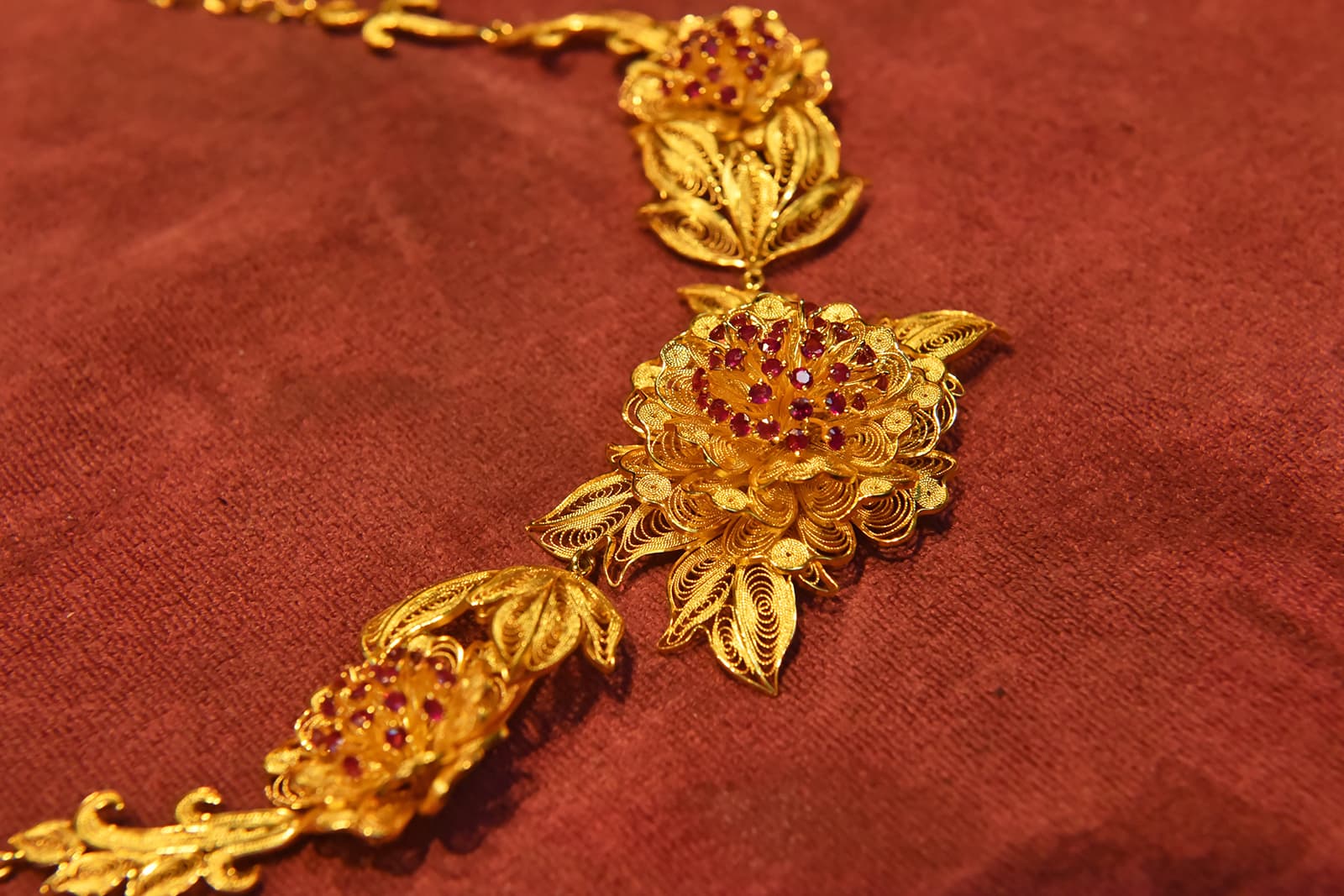 The delicacy and artistry of these ancient Chinese crafts is breathtaking and we are glad that some, at least, are being kept alive by a new generation of Chinese jewellery makers who are breathing new life into these time-honoured traditions.